15 Famous Temples To Visit In Chennai

Location, Legend, Mythology and Details of Famous Temples around Chennai

Mylapore is situated in the heart of Chennai at a distance of about 14 kms from Koyambedu. There is a railway station in Mylapore on the Beach to Velachery MRTS train route.

Other Devara Paadal Petra Shiva sthalams near this temple are – Thiruvotriyur, Thirumullaivayil, Thiruverkadu, Thiruvalithayam and Thiruvanmiyur.

The historical name of this place is Kapaleecharam.

Mylapore is on the sea coast and the shore is just one kilometre away.

There are three places where Goddess Parvathy took the form of peacock (“Mayil” in Tamil) and worshiped Lord Shiva – they are Mayiladuthurai (Mayuram), Thirumayiladi and Mylapore.

The original temple was located near the sea but was believed to have been submerged in the sea. The current temple was built around 350 years ago.

The temple’s towers are very beautiful. There is a big tank opposite to the temple’s western tower. The view of the temple and the tank is picturesque. 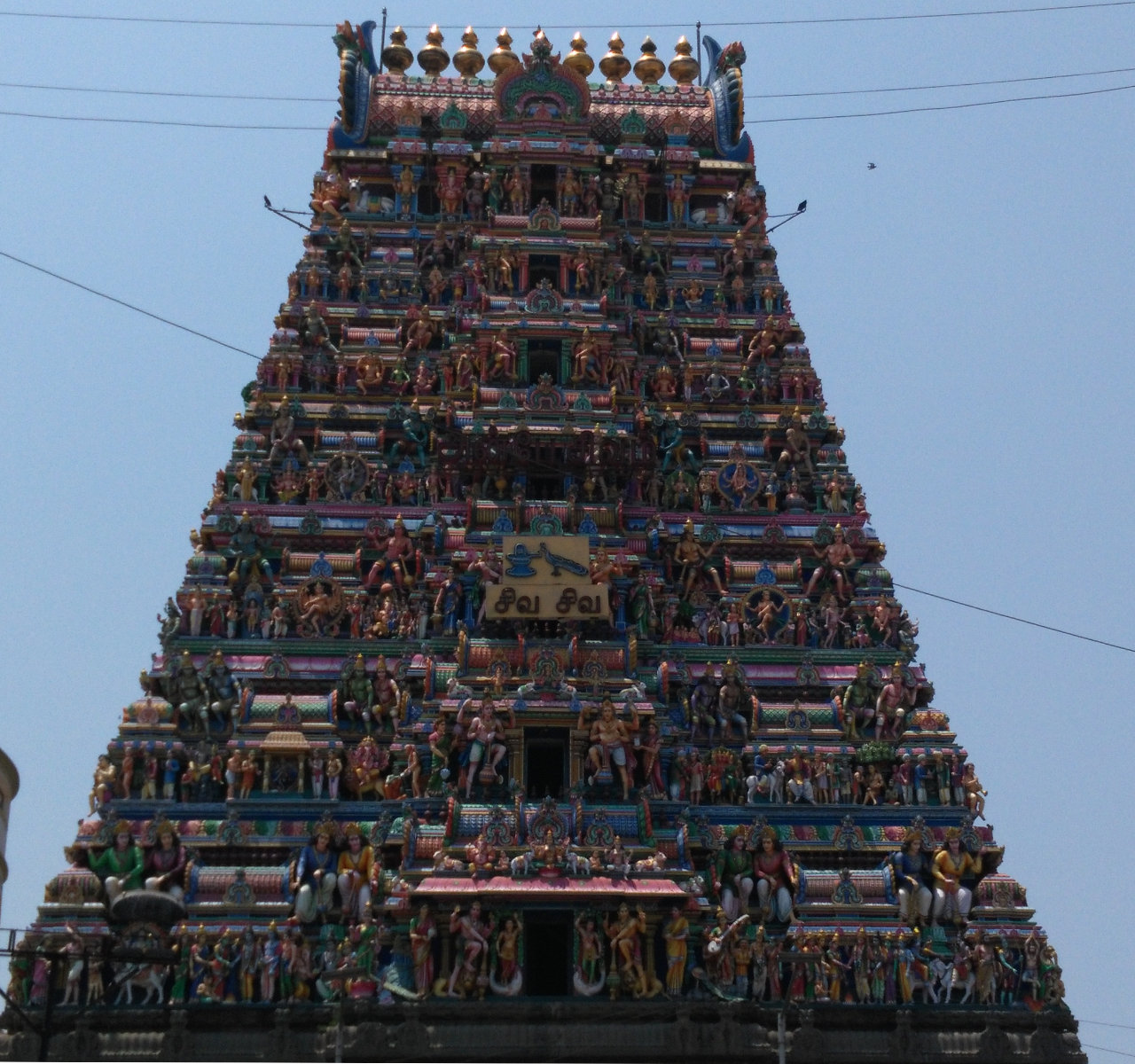 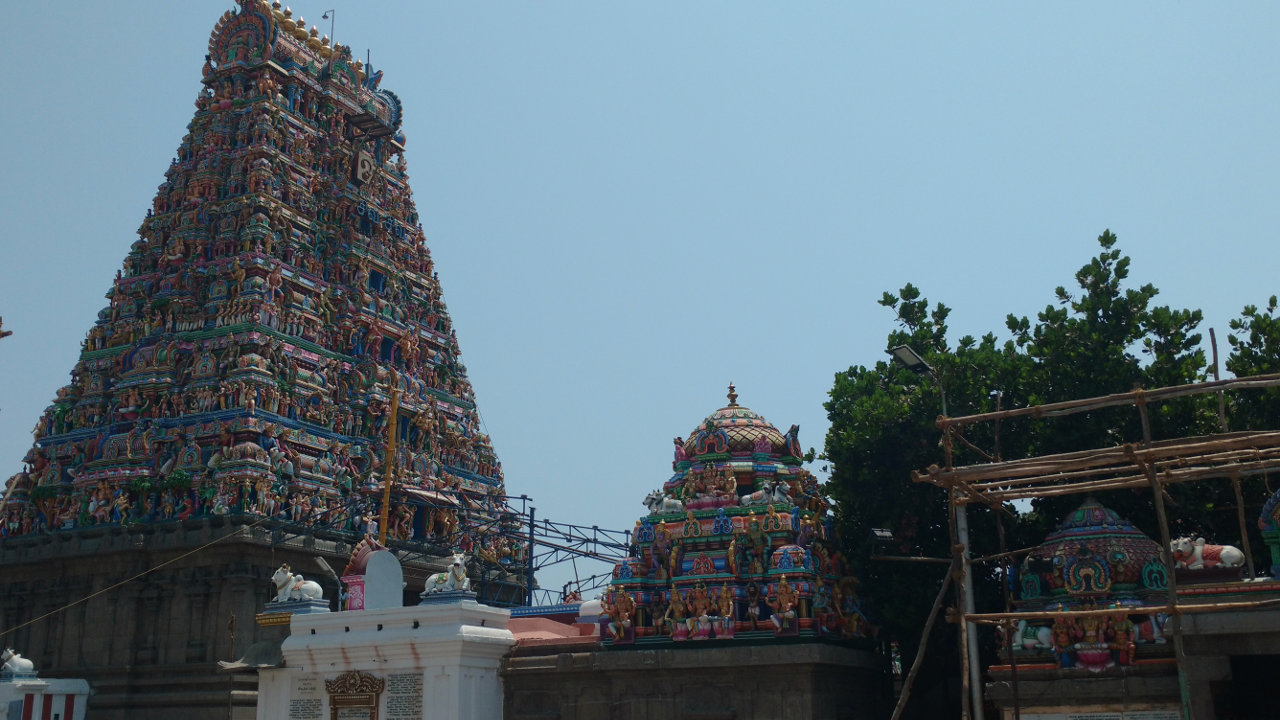 Thiruverkadu is situated at a distance of about 7 kms from Poonamallee on the Poonamallee to Avadi route. From Koyambedu Bus stand (Chennai) it is about 10 kms.

This temple is about 1 kilometre away from the popular Sri Devi Karumariamman temple.

Other Devara Paadal Petra Shiva Sthalams near this place are – Thiruvotriyur, Thiruvalithayam, Thirumullaivayil, Mylapore and Thiruvanmiyur.

This ancient temple is situated on the banks of river Paalaru and is believed to be more than 1300 years old. Based on the architecture of this temple, it can be inferred that it was built during the Chola period. The historical name of this place is Vada Vedaranyam.

This temple is under the administrative control of Sri Devi Karumariyamman Temple, Thiruverkadu. 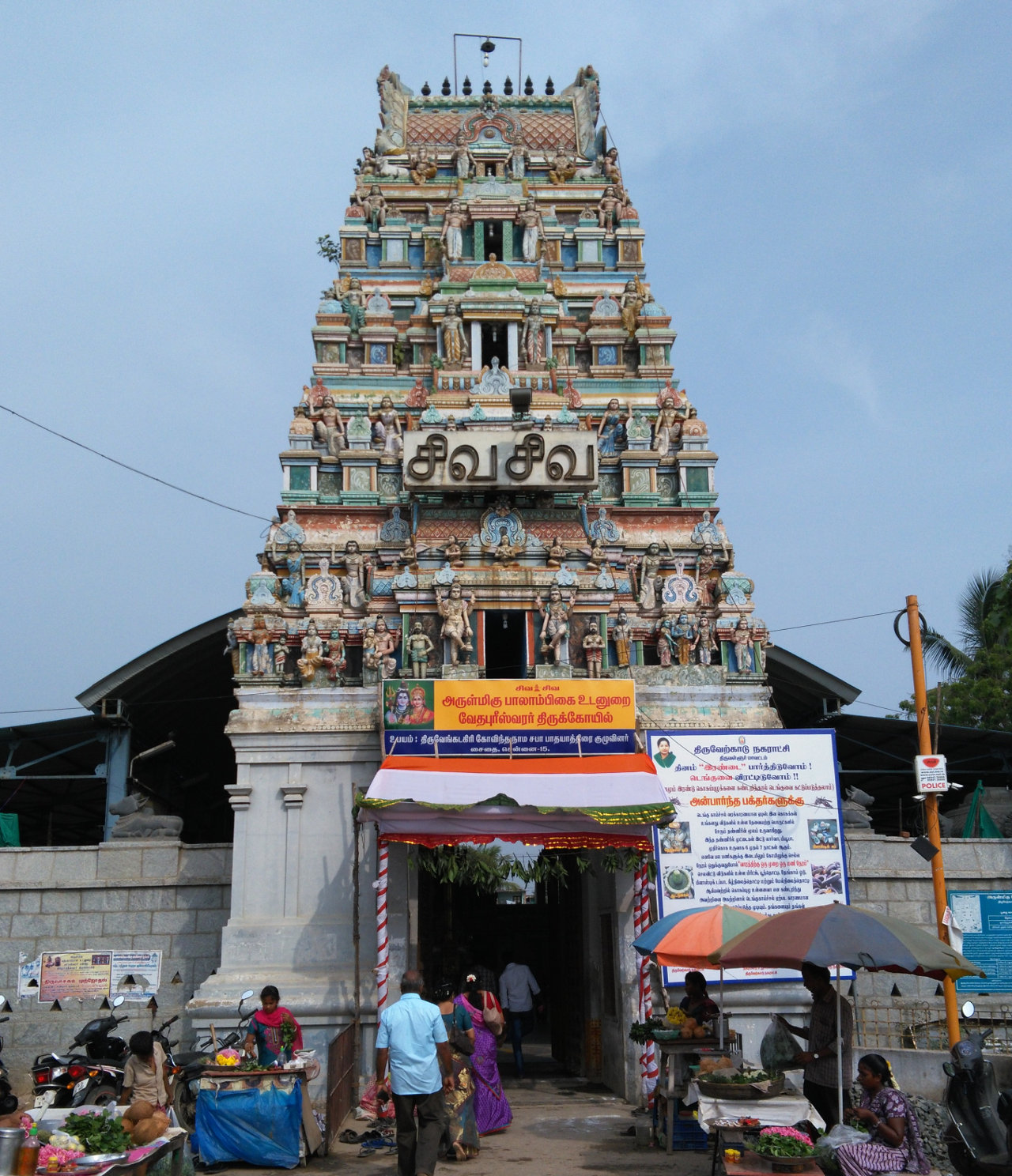 Thiruvanmiyur is situated at a distance of about 29 kms from Koyambedu, Chennai. It is on the ECR (Chennai to Mahabalipuram route).

Other Devara Paadal Petra Shiva sthalams near this temple are – Thiruvotriyur, Thirumullaivayil, Thiruverkadu, Mylapore and Thiruvalithayam.

Thiruvanmiyur is located in Chennai and the temple is very close to the shores of the Bay of Bengal. This ancient temple is believed to be more than 1300 years old. Thiruvanmiyur derives its names from Sage Valmiki - Thiru-Valmiki-Oor. ("Thiru" is a respectful prefix and "Oor" is a place in Tamil). Since Sage Valmiki is believed to have worshipped Lord Shiva here, the lord here is also praised as “Vanmeeki Nathar”. 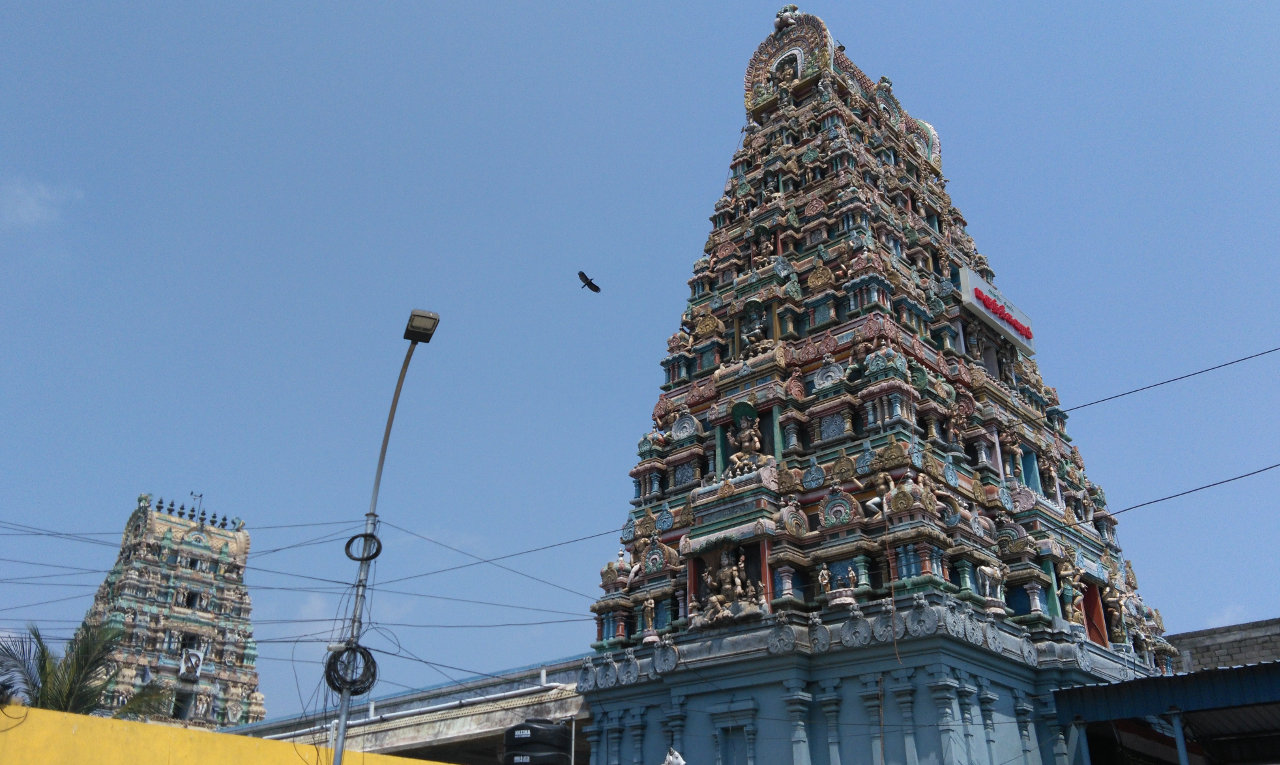 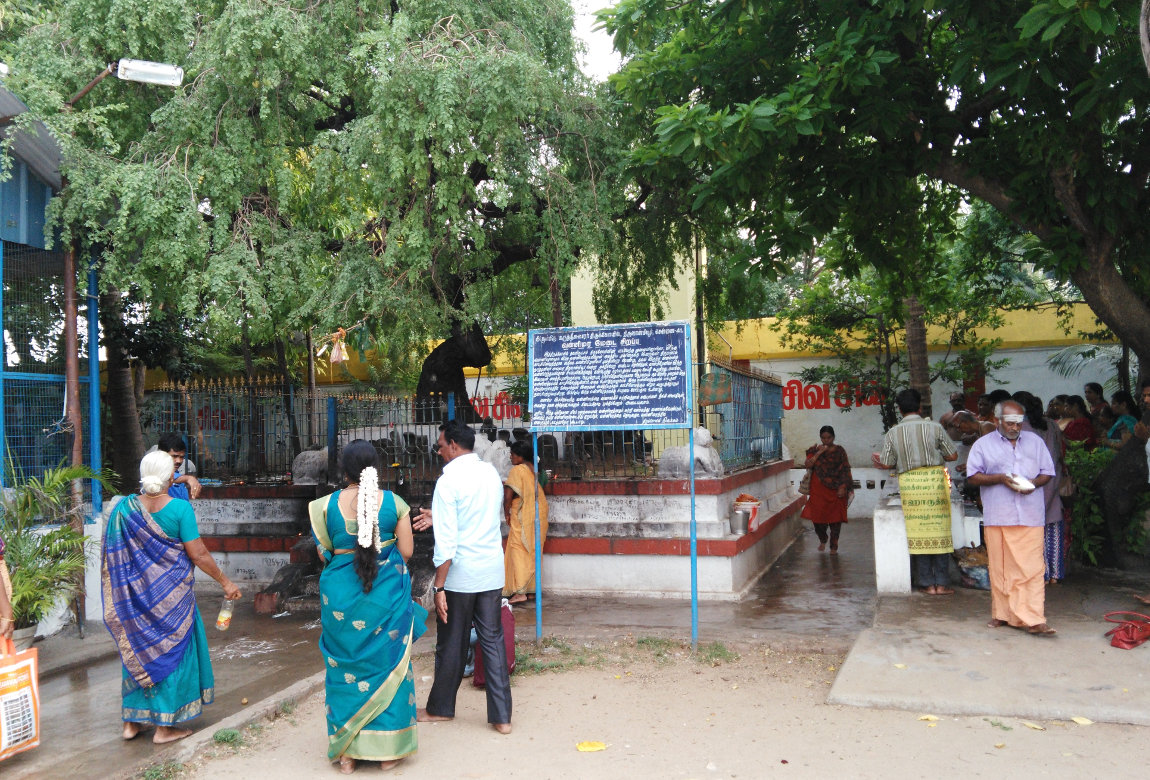 Thiruvalithayam is near the Paadi main junction and just opposite to the Lucas TVS Factory.

Other Devara Paadal Petra Shiva sthalams near this temple are – Thiruvotriyur, Thirumullaivayil, Thiruverkadu, Mylapore and Thiruvanmiyur.

This ancient temple is believed to have been constructed by Chola kings. The historical name of this place is Thiruvalithayam but it is now known as Paadi. 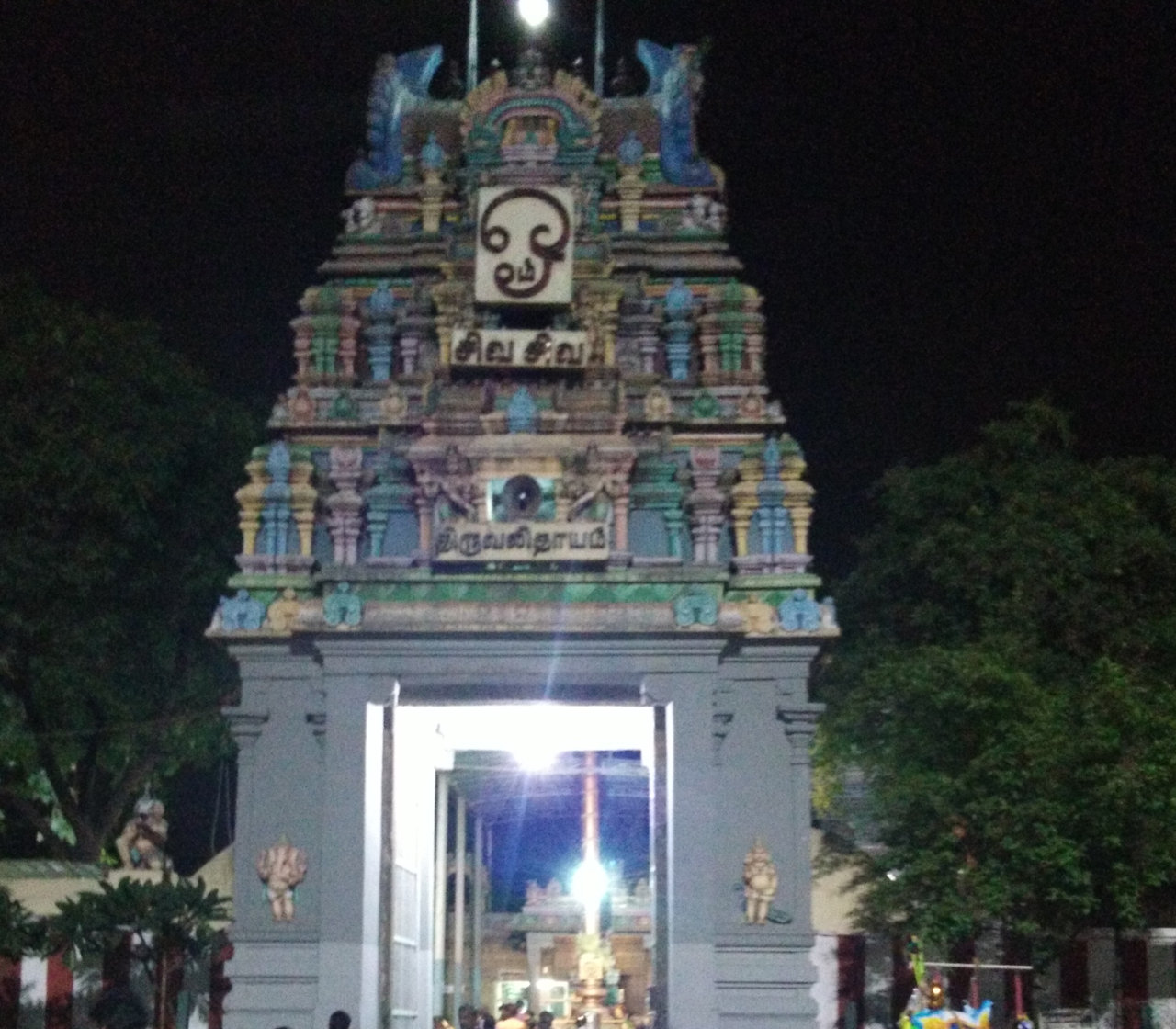 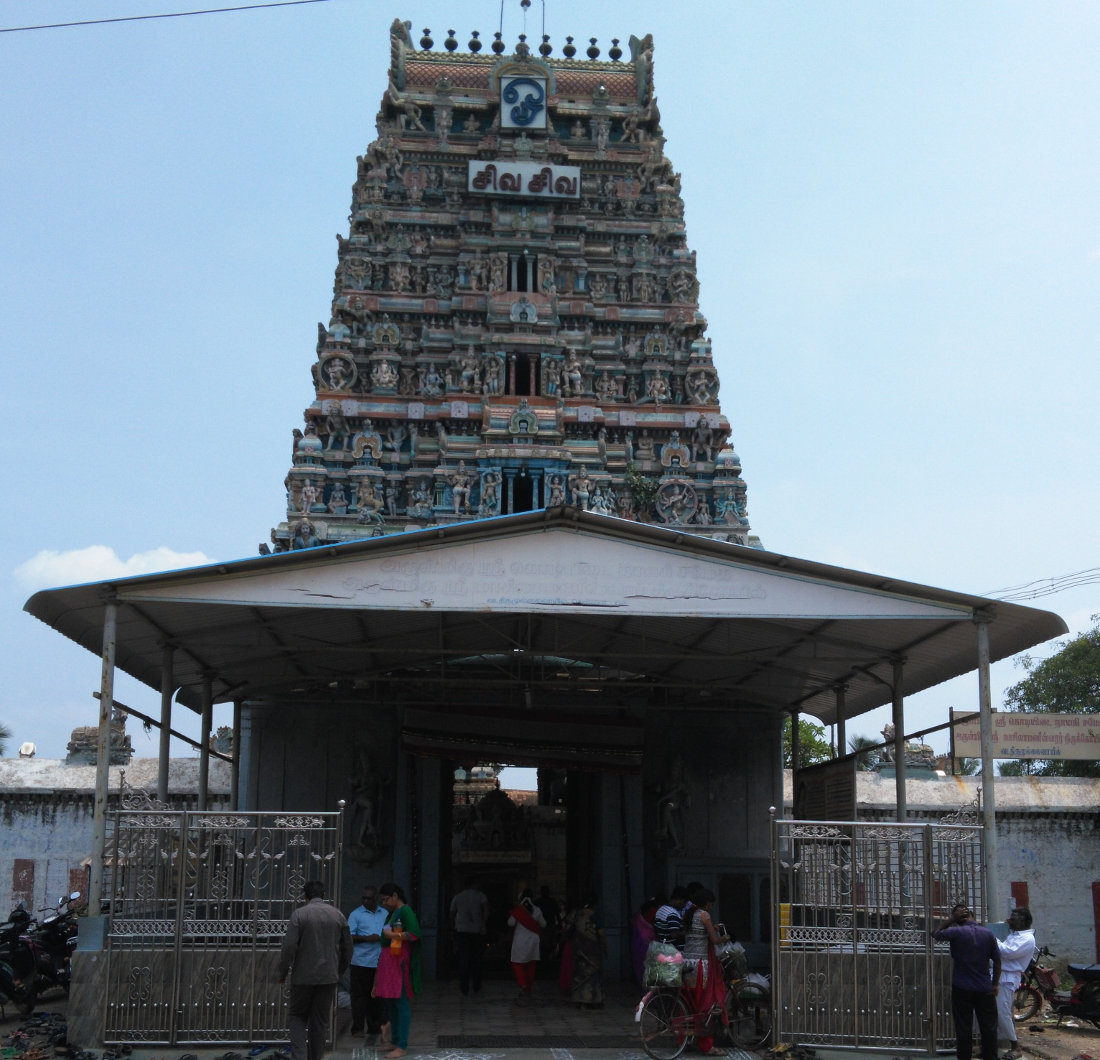 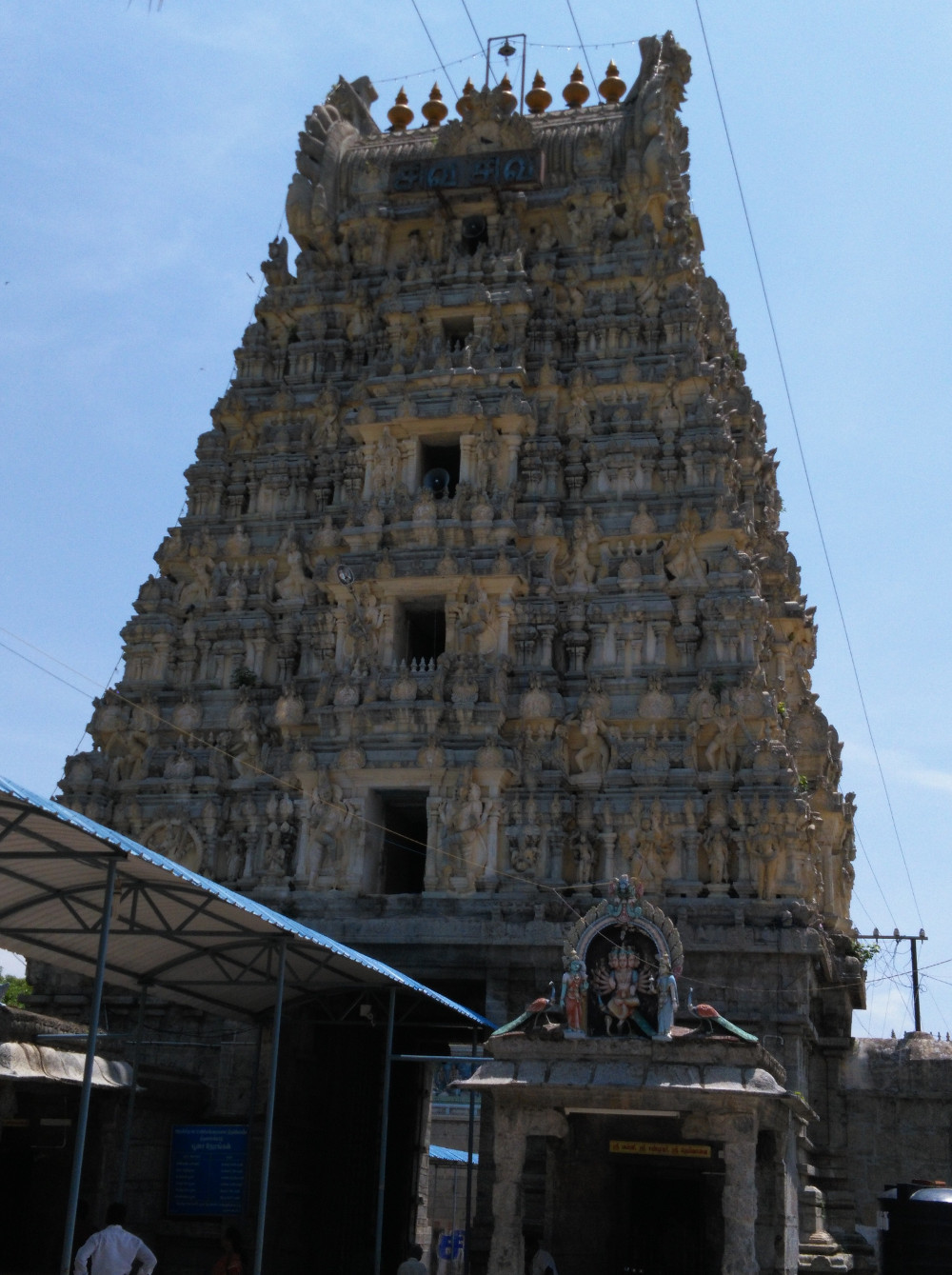 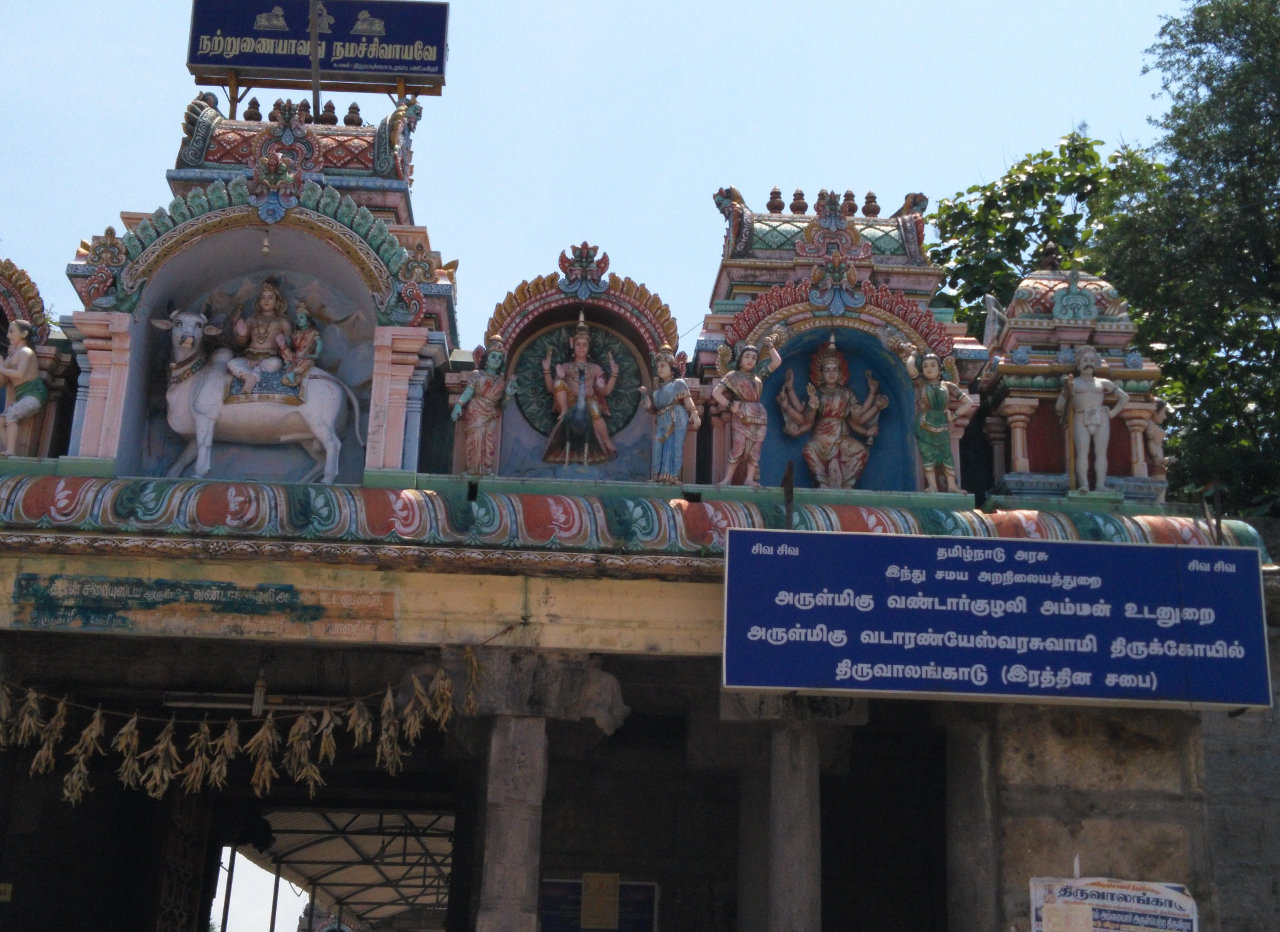 Thirupachur temple is at a distance of about 3 kms from Thiruvallur on the Thiruvallur to Arakkonam route.

Nearest railway station is in Kadambathur which is at a distance of about 4 kms from this temple. Thiruvallur is about 40 kms away from Koyambedu, Chennai.

It is believed that Chola King Karikalan had built this temple.

The place is also called Than-kathalipuram after the name of Goddess Thangathali. Other historical names of this place are Mayapuri, Abhayapuram, Manickapuri and Cholapuram. 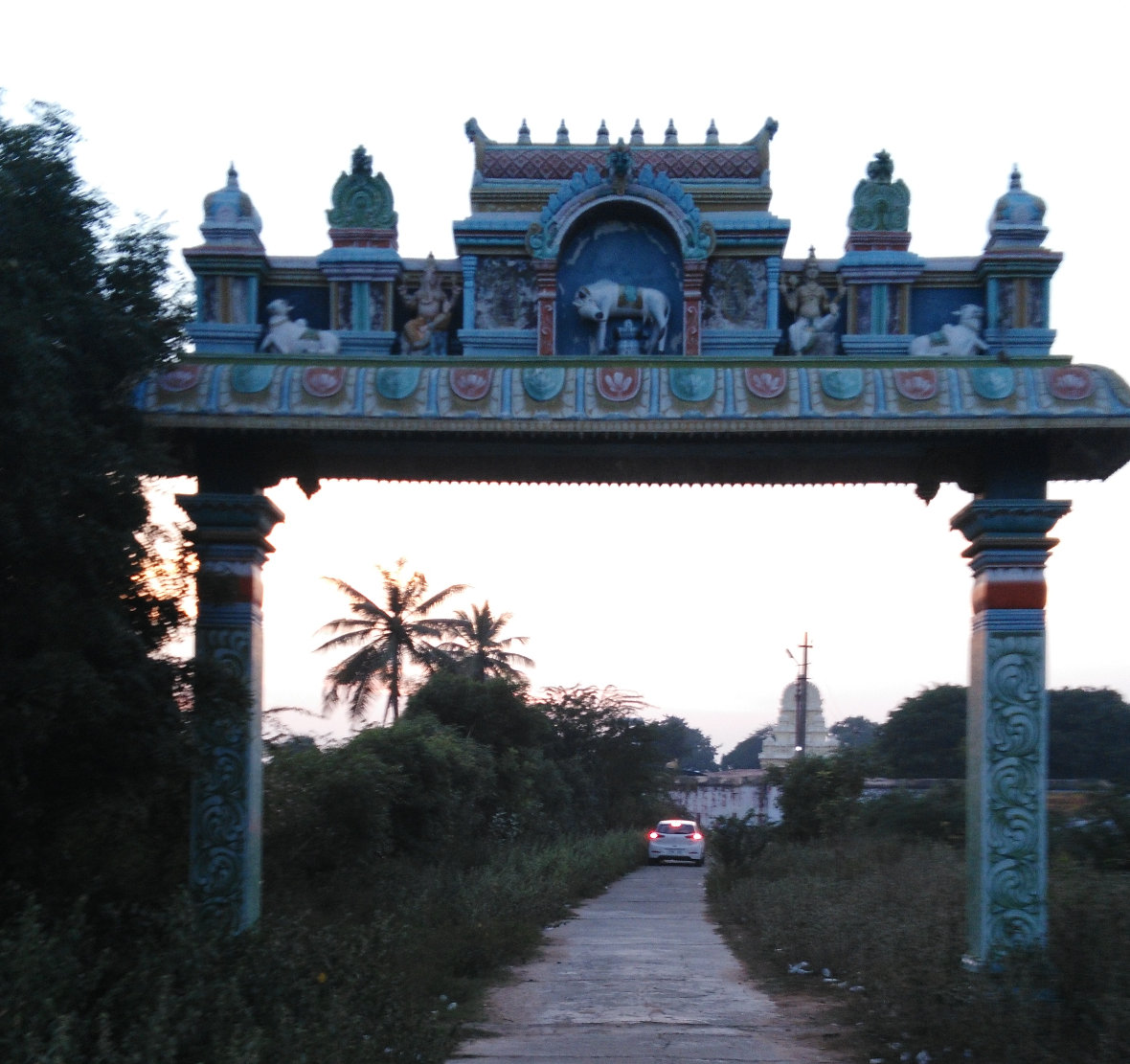 Ilambaiyangkottur is at a distance of about 24 kms from Thiruvallur via Kadampathur and Perambakkam. Thiruvallur is about 40 kms away from Koyambedu.

From Koovam, it is about 6 kms. Koovam is on the Chennai to Arakkonam road.

From Kanchipuram Ilambaiyangkottur is about 25 kms.

This ancient temple is believed to be more than 1500 years old.

The legend is that on his march to destroy the three demons (Tiripura Samharam) - Tharakatchan, Kamalakshan and Vidunmali and protect the Devas, Lord Shiva passed through this place in a chariot. During this journey, the garland (kondrai flowers in Tamil) from Lord Shiva’s neck fell down at this place and became a swayambu lingam. As this lingam is considered to have been formed from the lord’s garland the lord here is considered to be “Theendathirumeni” (untouched by human hands). 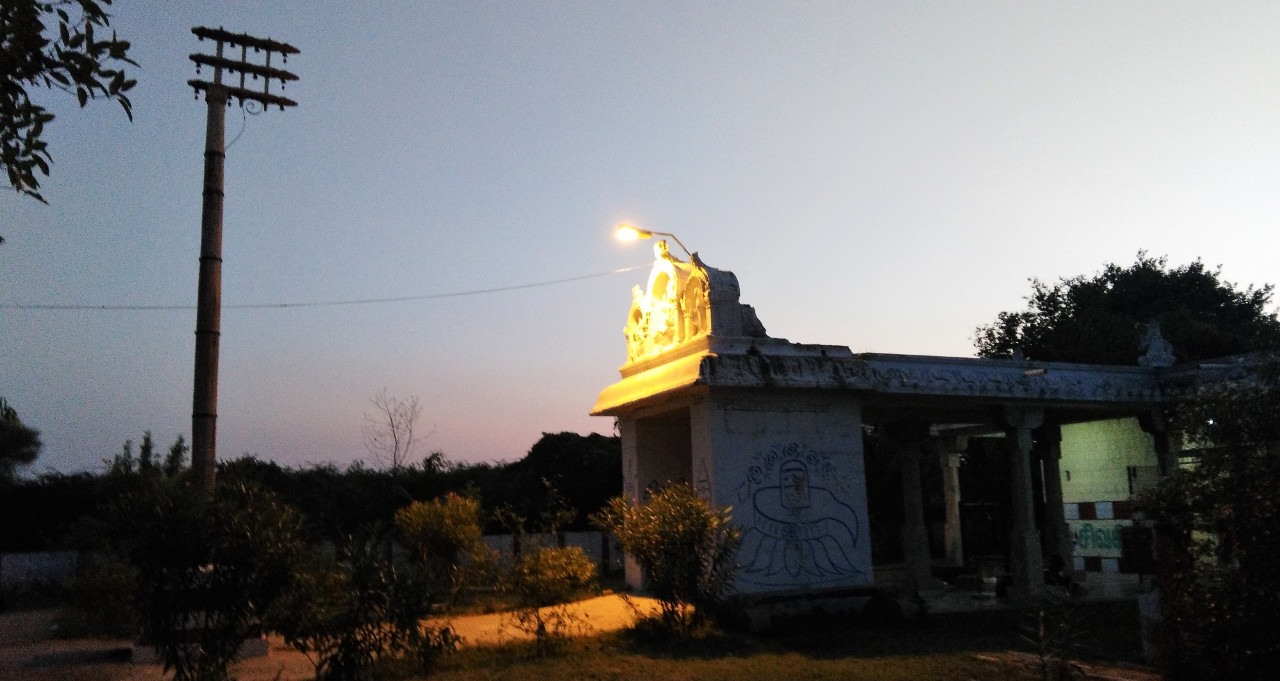 Earlier this Shiva temple was situated on the banks of river Kusashthalai in a village called Thiruvulampudur. During the year 1942, Tamil Nadu Government acquired and took over many villages including Thiruvulampudur for construction of the Poondi water dam. The Government provided alternative land at Thiruvenpakkam (Poondi) for construction of a new temple in place of the old one at Thiruvalampudur. The idols of deities except the moolavar, pillars and sculptures were removed from the old temple of Thiruvulampudur and reinstated at the new location.  For this new temple, the consecration ceremony (Maha Kumbabishekam) took place on 5th July, 1968.

It is said that the idol of the main deity is newly created as the original one had already been installed at Sri Gangadareswarar temple at Purasapakkam, Chennai.

It is further said that some portion of the old temple’s main tower can still be seen from the banks of the Poondi Lake. 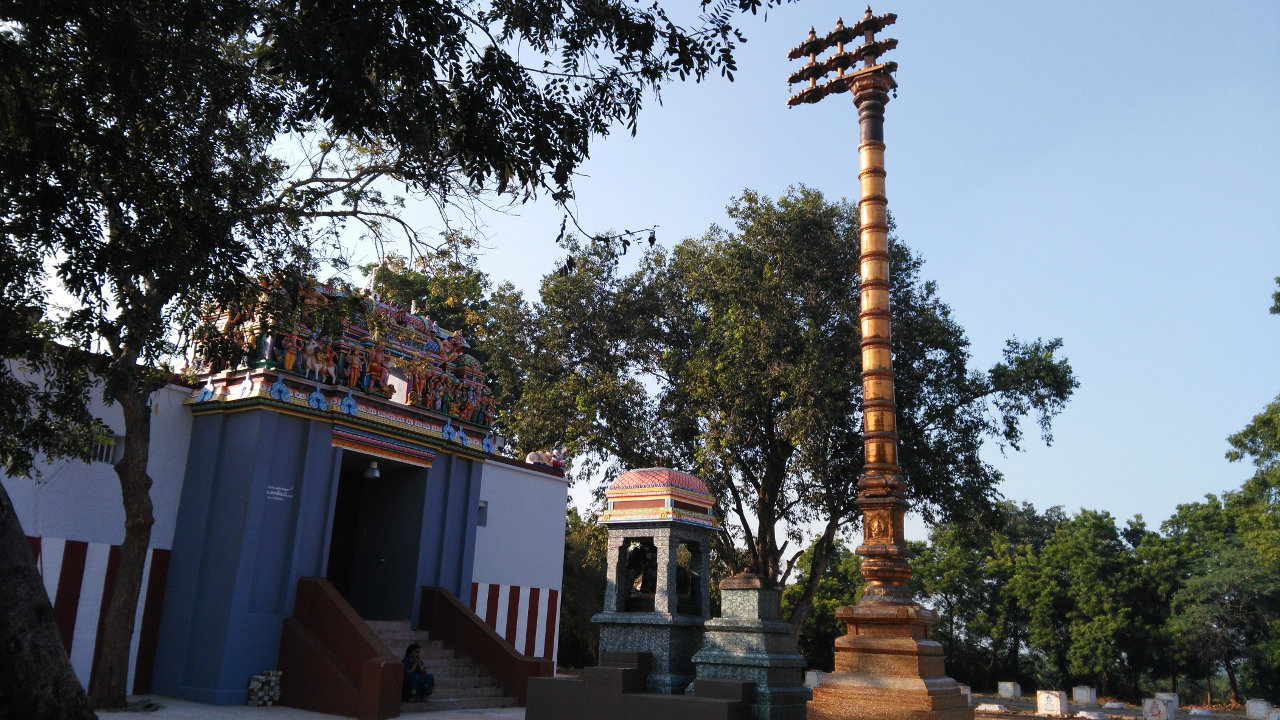 Thiruvotriyur is about 25 kms from Koyambedu Bus Terminal and 8 kms from Central Railway Station, Chennai. There is a railway station in Thiruvotriyur (electric railway line) and this temple is situated about one kilometre away from it.

This temple is one of the Saptha Vidanga Sthalams of Thondai Nadu as Lord Thiyagaraja is the main deity of this temple.

This temple is said to be more than 1500 years old and was built in the Pallava and Chola dynasties. 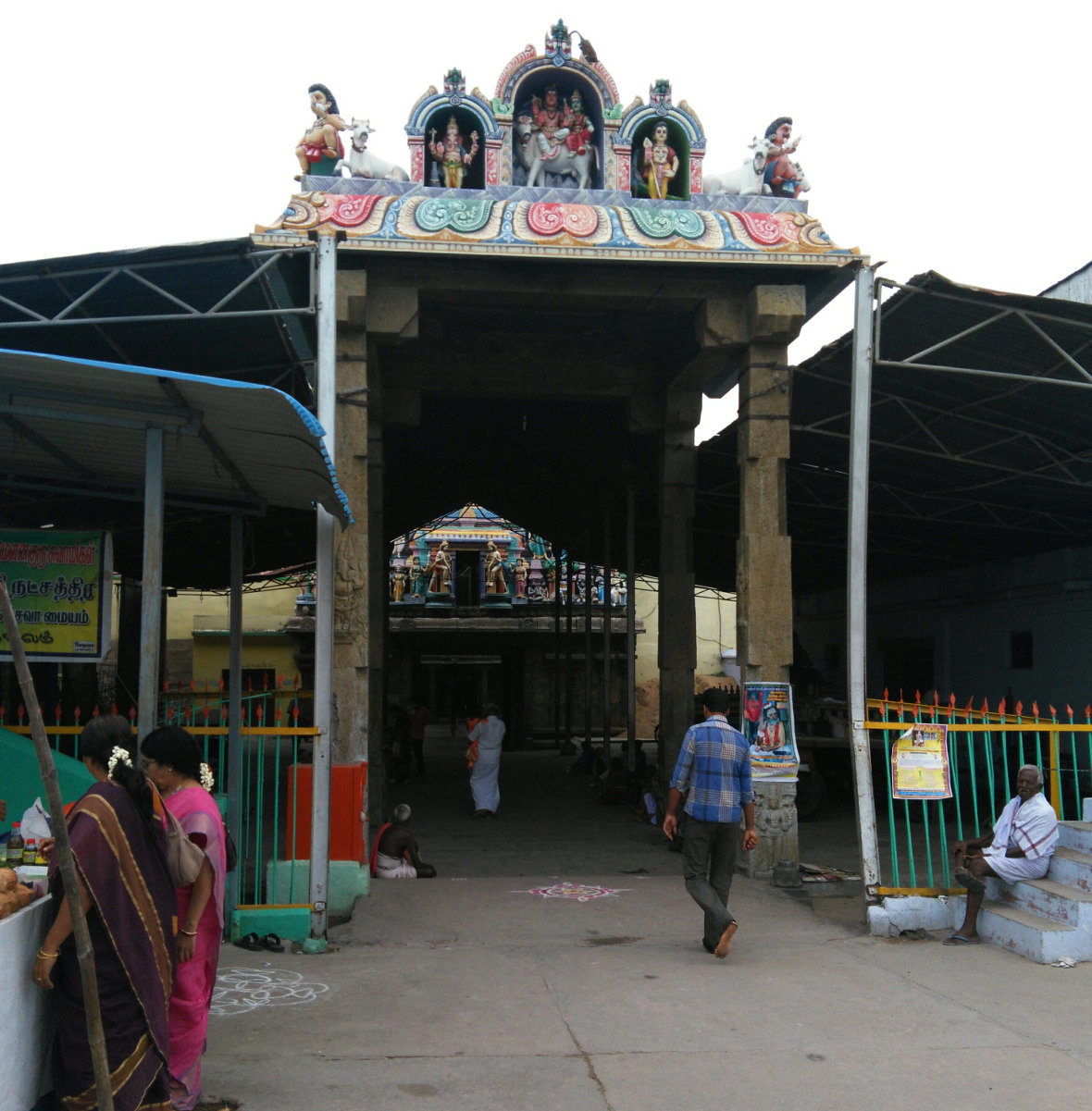 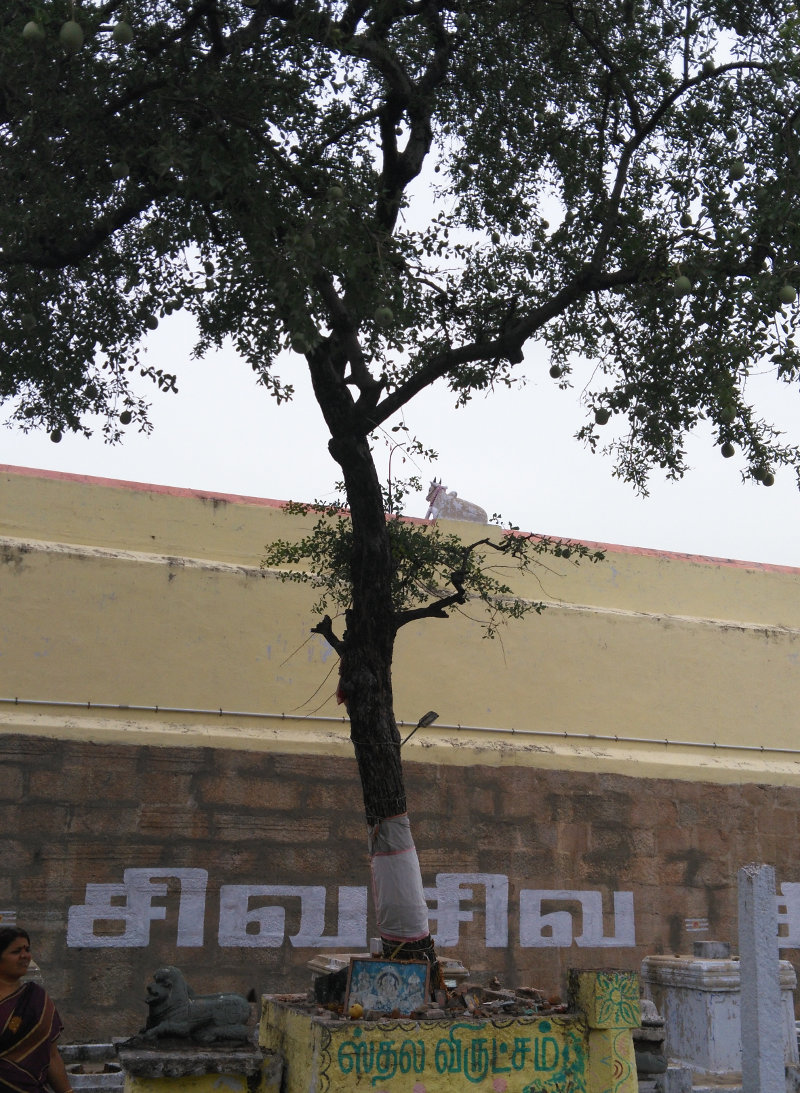 The temple is situated on the banks of Kushasthali river and is said to have been built in the Chola period.

According to the legend, Lord Rama’s sons - Lava and Kusha lived at Siruvapuri, a village near Thirukkallil.  It is believed that they would often come to Thirukkallil, take a dip in the river and worship Lord Shiva. Since Kusha took a dip in this river, it is called Kushasthali. Another interesting story is that once Lava and Kusha had fought in a war against Lord Rama himself without knowing that he was their father.

In ancient times this place was dense with kalli trees (Vajravanam in Sanskrit) and the sacred tree of this temple is also kalli, hence this place is called “Kallil”. Another name for this place is “Thirukkandalam”. 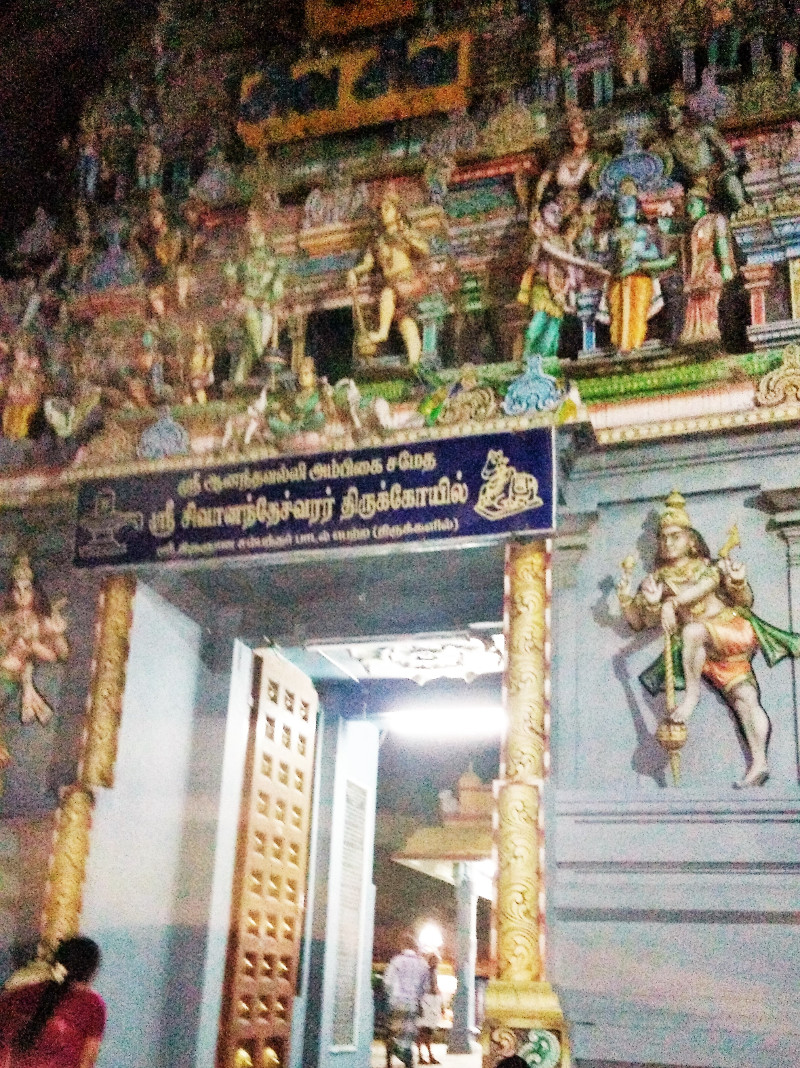 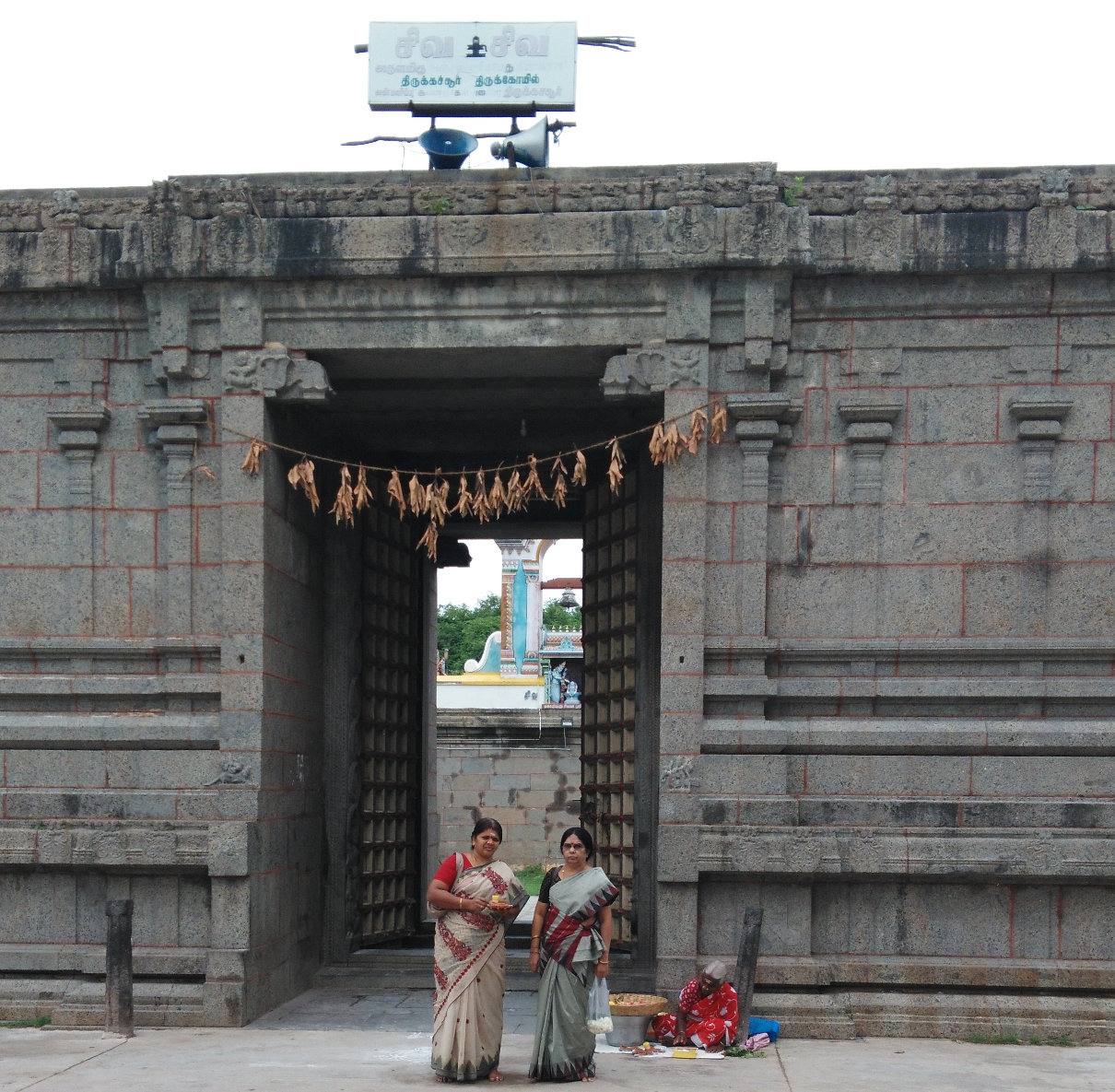 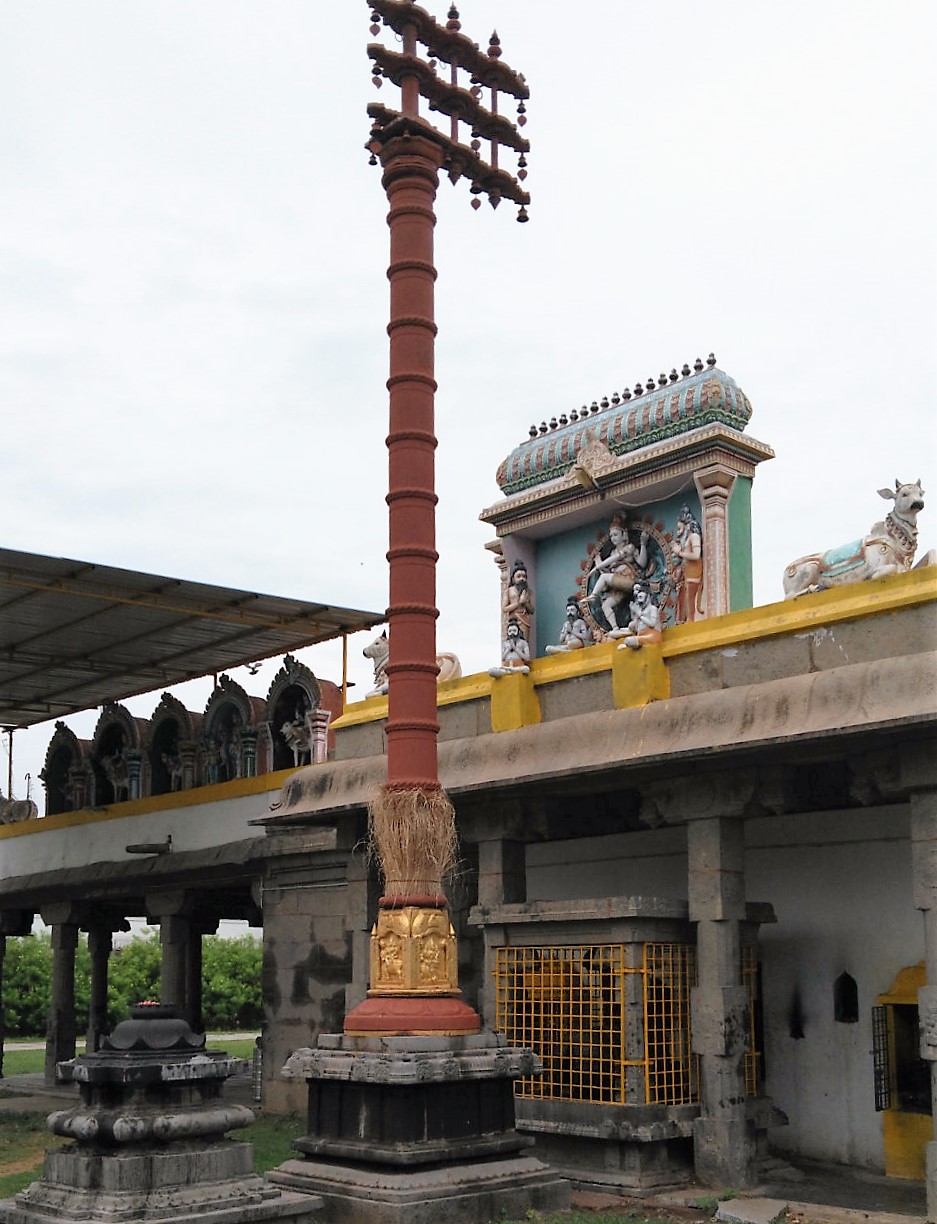 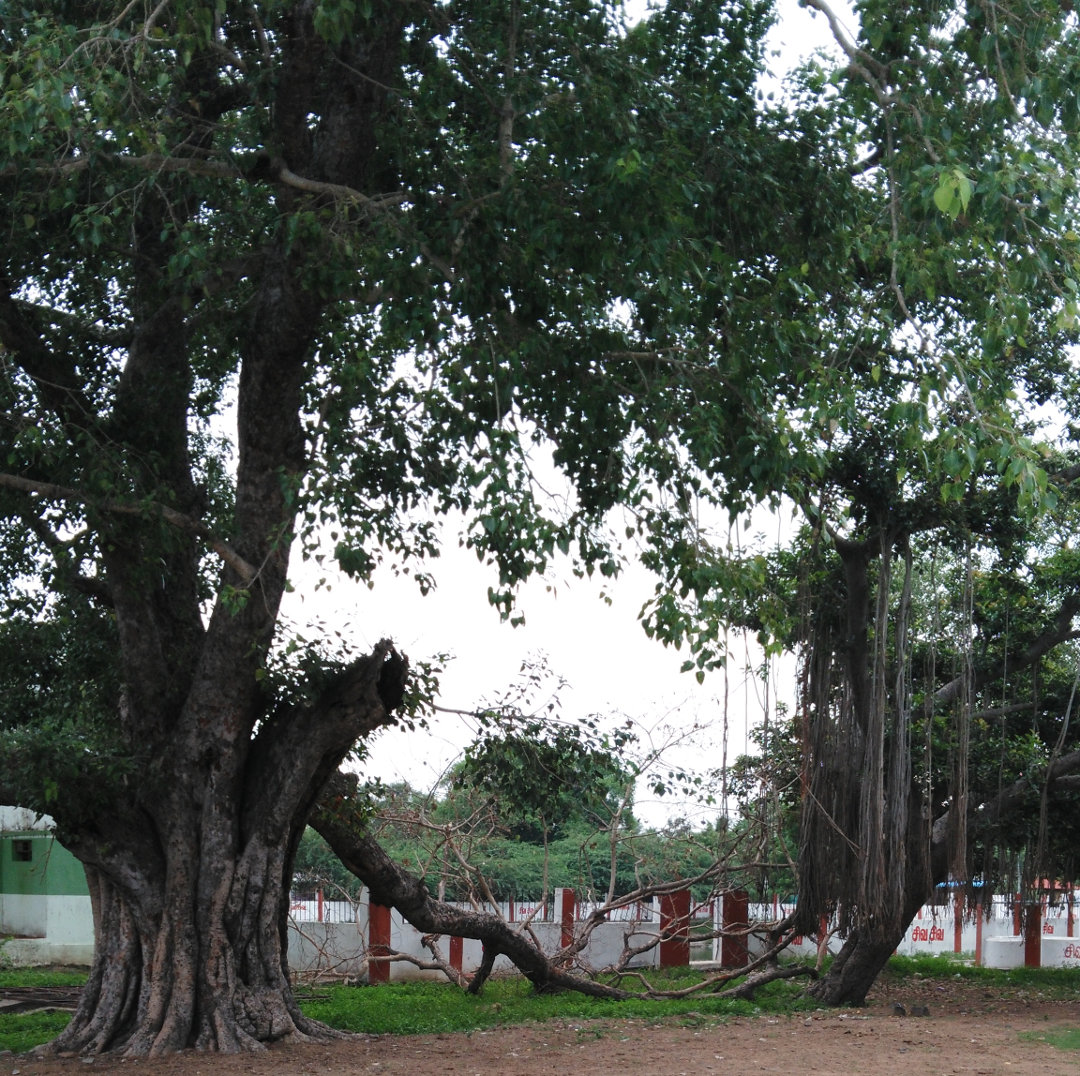 The temple was believed to have been constructed in the Chola period by the Chola King Kulothungan-I. This a typical Chola period temple with beautifully engraved pillars, sculptures and halls (mandapams). Lots of engraved reliefs depicting the history of the temple can also be seen on the pillars.

This is a twin temple - Sri Kachabeswarar temple is at the foothill and in the midst of the village and the other one is Sri Maruntheeswar temple, which at the top of a small hill at a distance of about one kilometre.

Thirukkazhukkundram, another Paadal Petra Sthalam is 15 kms away from this temple.

The temple is said to have been built in 7th Century.

This place is in a beautiful location in the midst of hills and so it gets the name Idai-churam (“Idai” meaning – in between and “churam” meaning hills and forests).

This temple is under the purview of Thirukkazhukkundram Sri Vedagireeswarar Devasthanam. 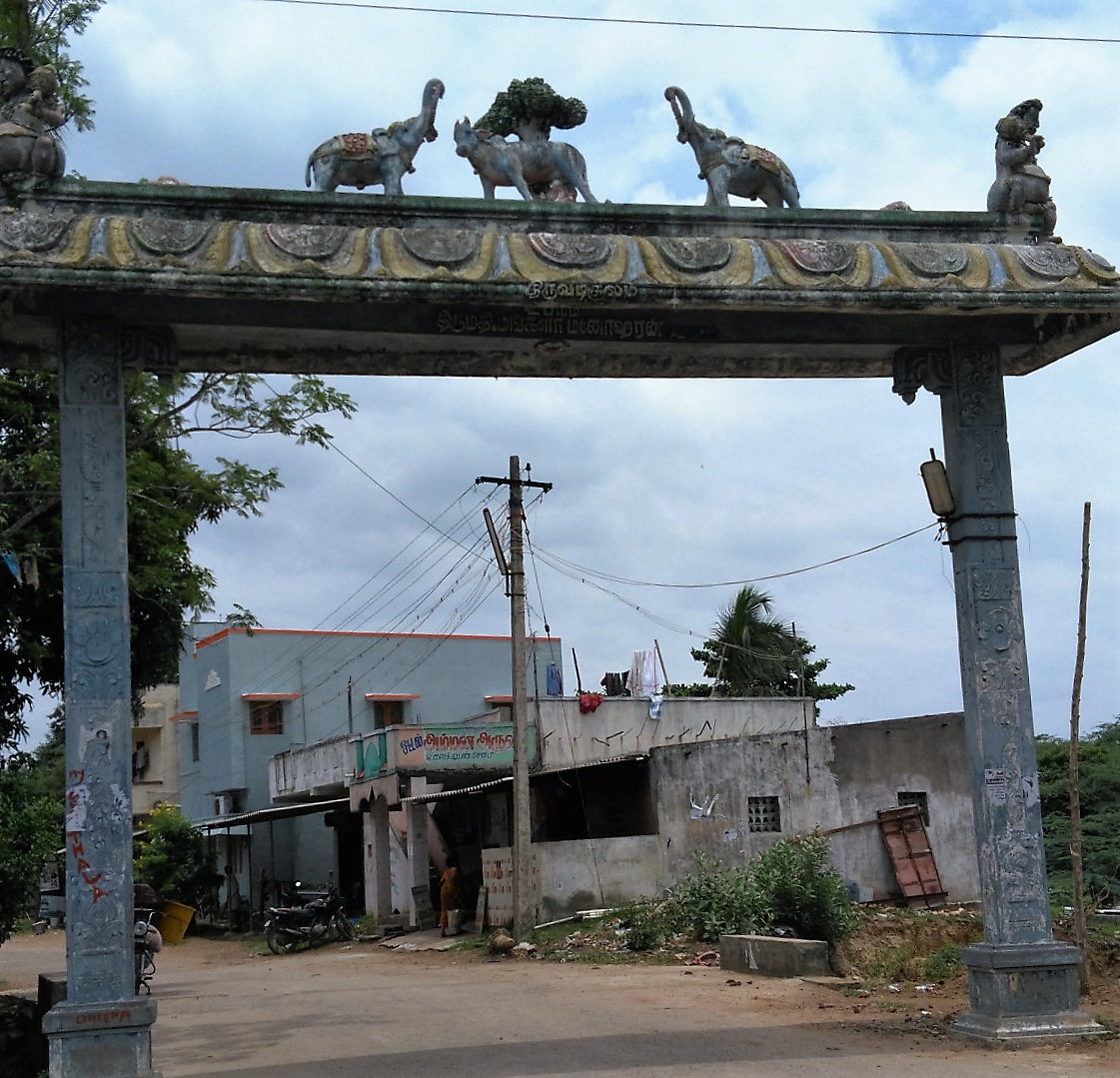 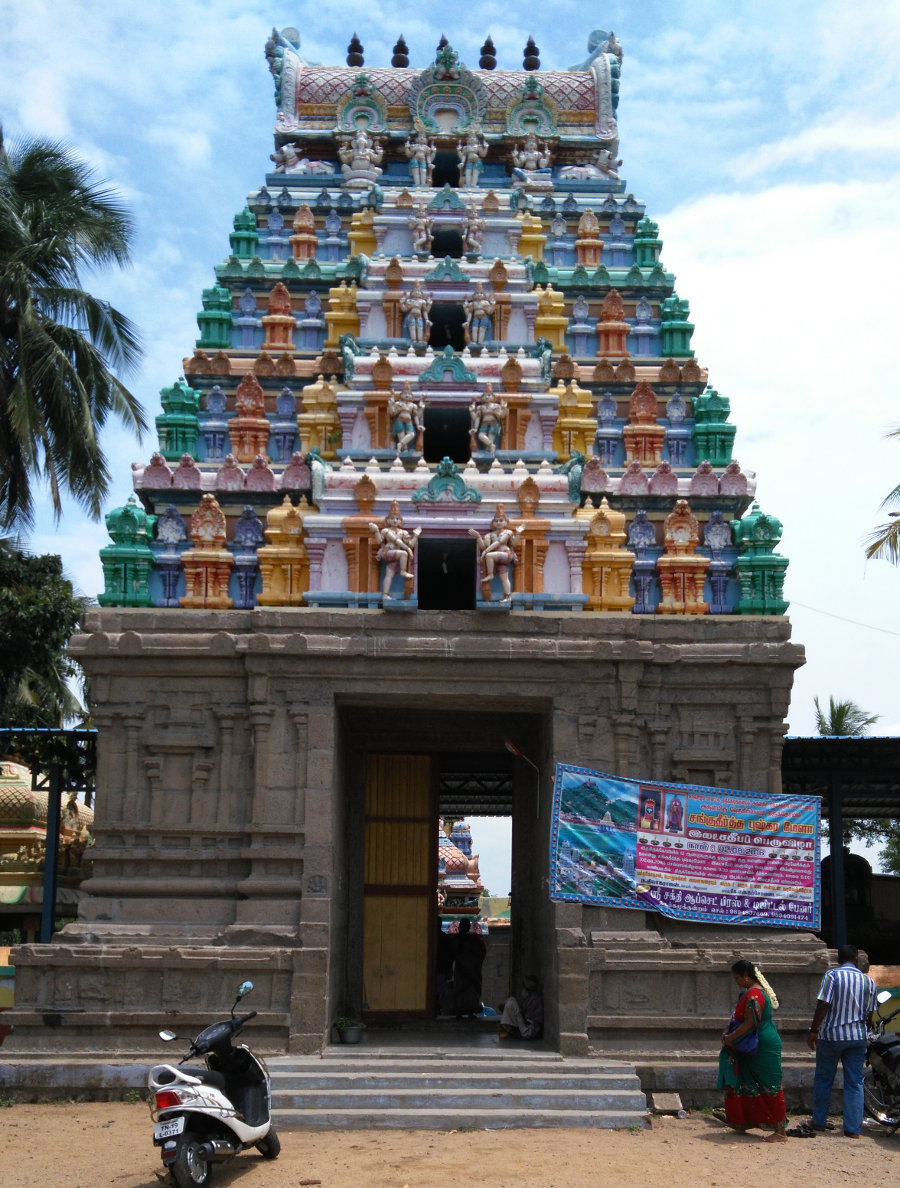 According to the legend that in ancient times, the region was a forest densely covered with Vilwa trees. A shepherd, while grazing his cows, observed that one of his cows was pouring its milk at a particular place every day. He informed the locals and they cleared that area of bushes and found a Maragatha Swayambu Lingam. The legend is that Goddess Parvathi came here as Kamadhenu (cow) and worshipped Lord Shiva. Hence the Ambal here is named Govardhanambikai (Go meaning cow in Tamil).