Location, Legend, Mythology and Details of Famous Temples around Namakkal.

Thiruchengode is 20 kms from Erode and 35 kms from Namakkal.

Nearest airports are at Coimbatore and Trichy both are at a distance of about 130 kms. Nearest major railway station is at Erode.

This is an ancient temple and according to the inscriptions on the walls it must have been built about 2000 years ago.

The hill, that this temple is on top of, is mainly composed of sand stone and is reddish (senniram) in colour. This is why the place is called Sencode. Another reason for the name Sencode could be that the hill is a straight formation (Senguthana malai). Other names of this hill are Nagagiri (nagam meaning snake and giri meaning malai) and Vayumalai (wind). 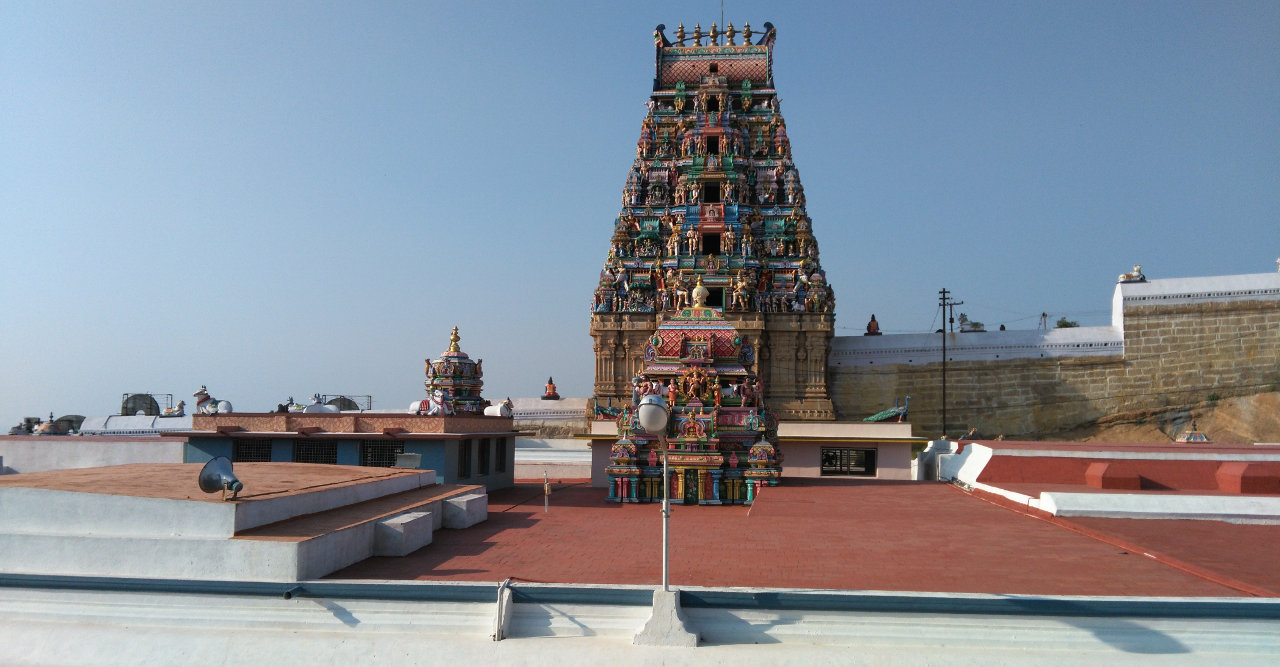 As per mythology, Adisheshan (the serpent on whom Sri Mahavishnu rests) and Vayu (lord of the winds) fought among themselves frequently to test their superiority. During one such struggle, against Vayu’s severe wind, Adhiseshan failed to hold on to the Mount Meru.  Three portions of Meru Malai came down to earth with Adisheshan’s blood strain. One such piece is this hill. Since it was believed to be red in colour due to Adisheshan’s blood strain, it is also called as sencode. 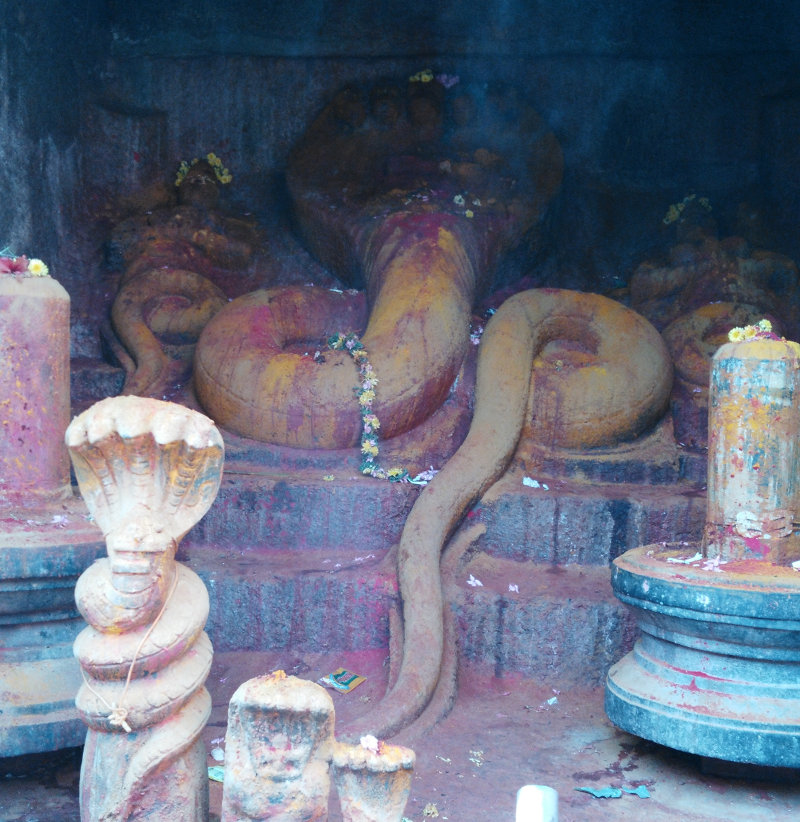 An interesting fact is that this hill itself is considered as the Lingam. In front of this hill, on the west side is the statue of a large Nandhi – seven feet in length and four feet in height.

The distinctive feature of this temple is that the idol of the main deity is six feet in height with the right half depicted as male and the left half as female. The male portion of the idol has jadamudi (knot of hair), thandam (baton), Silambu (anklet) and Rudraksham mala whereas the female portion has a Kazhal at the leg and Thali around the neck. Due to the androgynous nature of the idol, the deity is known as Arthanareeswarar.