5 Famous Temples To Visit In Tiruchirappalli

Location, Legend, Mythology and Details of Famous Temples around Tiruchirappalli

Nedungalam is situated at a distance of about 4 kms from Thuvakkudi (near Thiruverumbur) on the Thiruchirappalli to Tanjure route. Thuuvakkudi is about 17 kms away from Thiruchirapalli and 42 kms away from Tanjure.

Thiru Nedungalam in Tamil means vast plains. This place has been described as “Nedungala Maanagar” in Devaram. It means that it used to be a large city in the olden days. However, now it is a small village.

This place is also known as “Dakshina Kailash” (Southern Kailash). 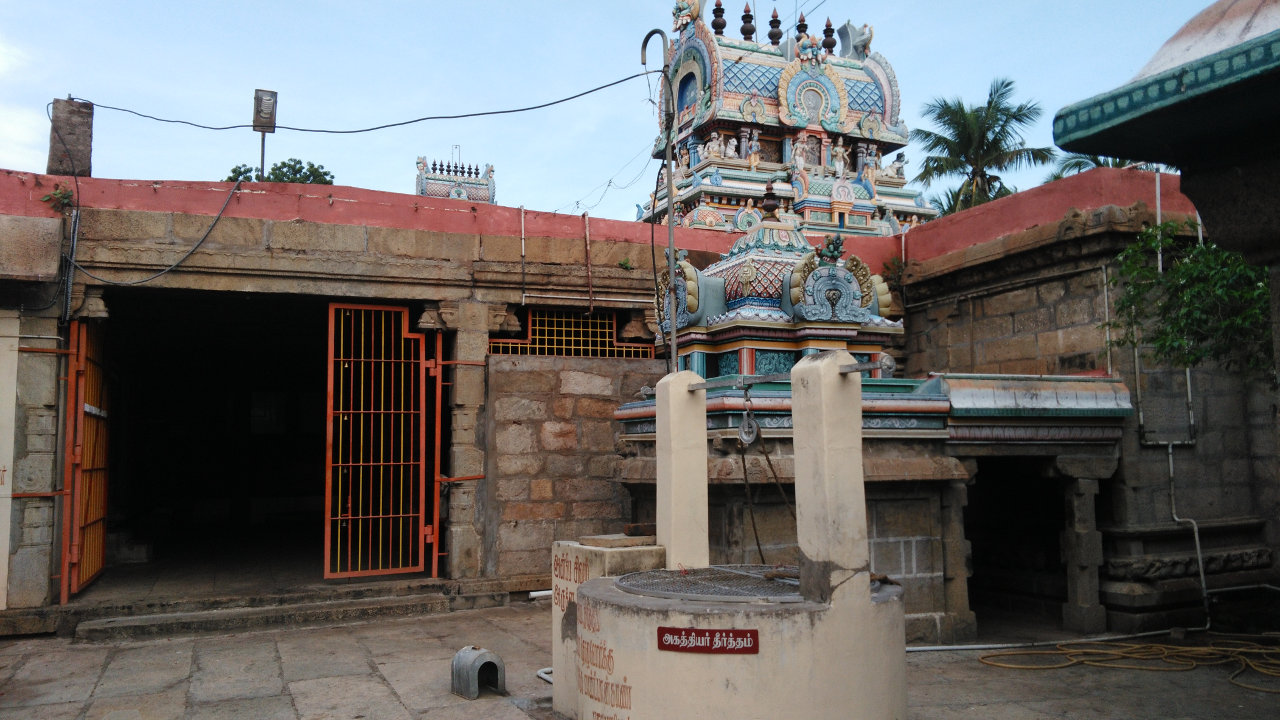 Thirupparaithurai is situated at a distance of about 16 kms from Trichy on the Trichy to Karur (via Kulithalai) route.

There is a railway station in Thirupparaithurai on the Trichy – Erode railway line, which is about one km away from this temple.

In ancient times, this region is believed to have been densely covered with “Parai” trees. The Shivalingam of this temple was found among the Parai trees and this temple was later built around it. This temple’s “sthala viruksham” is also the Parai tree. Generally, the names of temples that are located on river banks end with “Thurai”. Following this tradition, as this temple is situated on the banks of the river Kaveri, it gets the name Paraithurai.

In Sanskrit, Parai tree is known as “Dharuka Viruksham”. Hence, the historical name of this place is Dharukavanam.

Thiruppaigneeli is situated at a distance of about 20 kms from Trichy.

This ancient temple is situated on the northern bank of the river Kollidam. This temple complex is spread over sprawling 12 acres of land.

The temple’s main tower is believed to have been built by King Konerinmai Kondaan and it is only constructed up to the first tier.

Thiruvanaikkaval is a part of Trichy (also known as Thiruchirappalli) and is situated at a distance of about 8 kms from the Trichy bus stand. It is 3 kms away from Srirangam and is between the Kollidam and Cauvery rivers.

This is an ancient, sprawling and magnificent temple which highlights the architectural splendour of the past. The temple complex is a whopping 18 acres of land. In ancient times, this place was densely populated with white Naaval trees.

The temple was built about 2,500 years ago by the Emperor Kochengat Chola.

It is believed that an elephant and a spider have worshiped the lord here and obtained salvation. The name of this temple is derived from this legend. “Thiru” is a respectful prefix, “Anai” means elephant and “koil” means temple in Tamil. Now it is known as “Thiruvanaikkaval”.

Thiruvasi is located at a distance of about 13 kms from Trichy on the Trichy-Salem route via Ayyanpalayam. Nearest railway station is Uttamarkoil which is 5 kms away from this place.

It is believed that this temple is 1500 years old and was built and renovated by Kings of the Hoysala, Chola and Pandiya dynasties. This temple is situated on the northern bank of the river Kollidam (Coleroon).

As per the stone inscriptions, during the Chola and Pandiya period, the places on the northern bank of the river Kollidam was called “Parchil Kutram”. The village around it was called Thiruvachiramam. This was later changed to Thiruvasi.

Also, in ancient times this place was densely populated with Vanni trees. For this reason, this place is also known as Sameevanam and the lord here is praised as Sri Sameevaneswarar.

As Lord Brahma is believed to have worshiped the lord here, the lord is also known as “Sri Brahmapureswarar”.