Thiruvasi is located at a distance of about 13 kms from Trichy on the Trichy-Salem route via Ayyanpalayam. Nearest railway station is Uttamarkoil which is 5 kms away from this place.

It is believed that this temple is 1500 years old and was built and renovated by Kings of the Hoysala, Chola and Pandiya dynasties. This temple is situated on the northern bank of the river Kollidam (Coleroon).

As per the stone inscriptions, during the Chola and Pandiya period, the places on the northern bank of the river Kollidam was called “Parchil Kutram”. The village around it was called Thiruvachiramam. This was later changed to Thiruvasi.

Also, in ancient times this place was densely populated with Vanni trees. For this reason, this place is also known as Sameevanam and the lord here is praised as Sri Sameevaneswarar.

As Lord Brahma is believed to have worshiped the lord here, the lord is also known as “Sri Brahmapureswarar”. 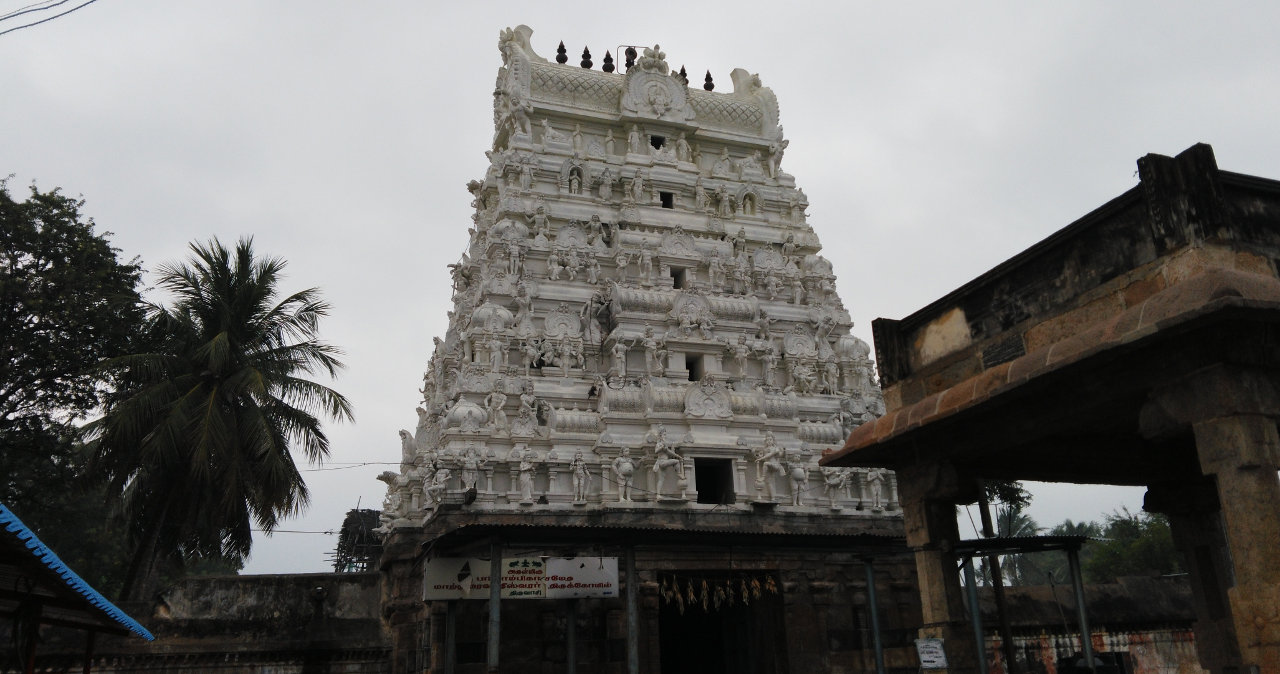 According to legend, this region was once called Mazhanadu and it was ruled by king Kolli Mazhavan. His daughter was suffering from a severe disease called Muyalagan (epilepsy), which could not be cured by any the king’s doctors. The king decided to leave his daughter in this temple with the hope that the lord would cure her. Saint Thirugnanasambanthar came to this place during his pilgrimage and found the girl in the temple. The king explained to the saint the sad story of his daughter and begged him for help. Saint Sambanthar sang a pathigam in praise of Lord Natarajar. Pleased with his pathigam, Lord Nataraja transformed the muyalagan disease into a serpent and danced on it. The lord then blessed the princess and cured her disease.

Based on this event, Lord Nataraja appears here with his hair tied in a knot. Instead of his usual depiction of standing on top of Muyalagan, in this temple he is seen standing on a serpent. He is praised here as “Sarpa Nataraja” (“Sarpa” meaning serpent in Tamil). This is a rare posture of Lord Nataraja.

Another legend is that once a business man called Kamalan from Pachur, who was a staunch Shiva devotee, was childless. One day when he was going home from this temple he heard a child’s cry and found an abandoned baby. He took her home, named her Amalai and raised her as his own. When the child was ready for marriage, he wanted her to be married to his brother-in-law. Amalai was also an ardent devotee of Lord Shiva and she desired to marry Lord Shiva. Pleased with her prayers, Lord Shiva came to their house as Kamalan’s brother-in-law and married Amalai. After the wedding, the newly wedded couple left the house informing Kamalan that they are going to the temple. After they left, to the surprise of Kamalan his actual brother-in-law came home. It was only then that they realised what had happened. They went to the temple in search of Amalai. Lord Shiva appeared before them seated on his bull mount (Rishaba Vahanam) and gave dharisanam with Amalai as Goddess Parvathi. Goddess Parvathy threw her anklet and from the place where it hit the ground, water started flowing as a river. This river came to be known as Silambu river but its name was later changed to Panguni river. 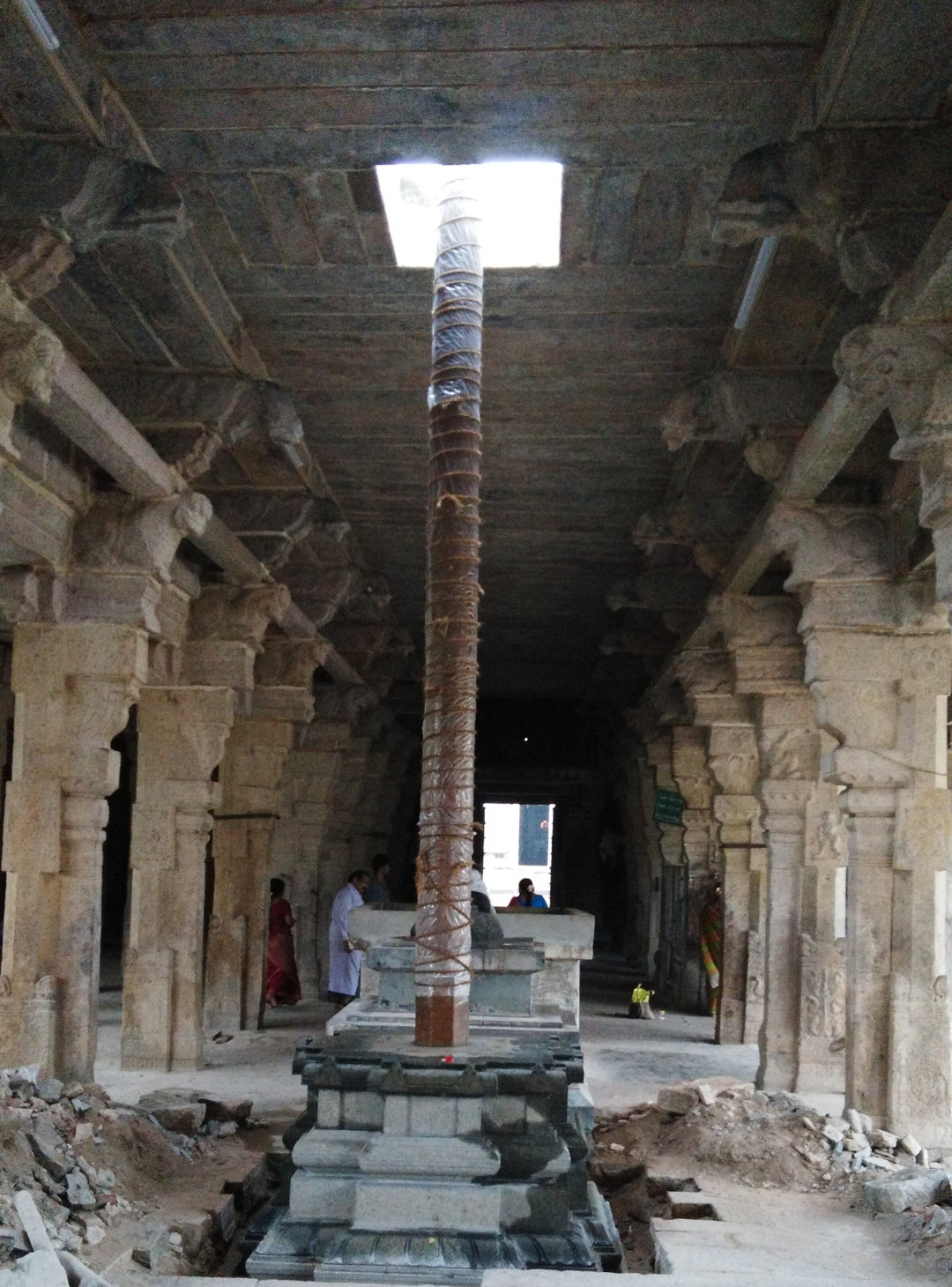 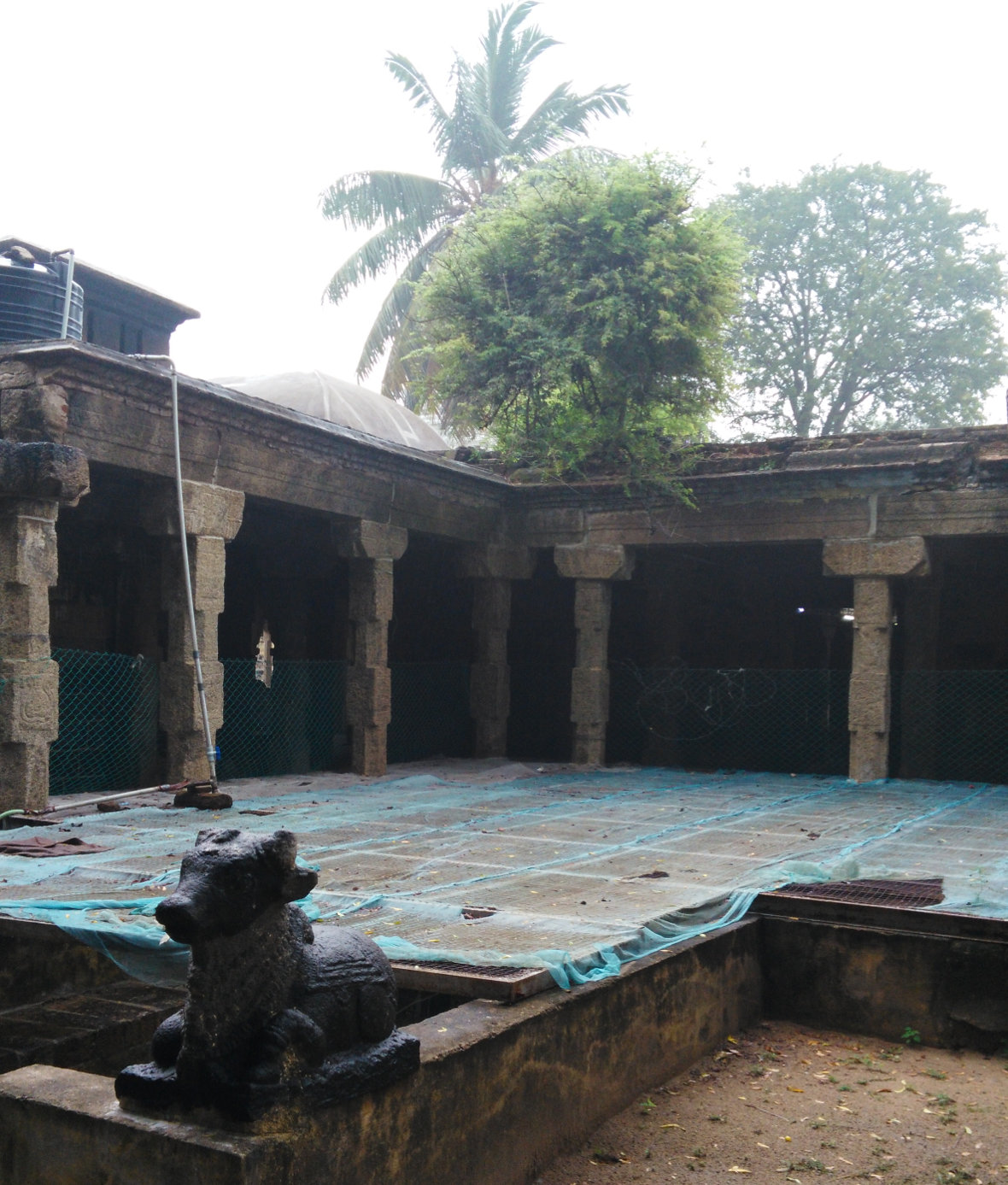 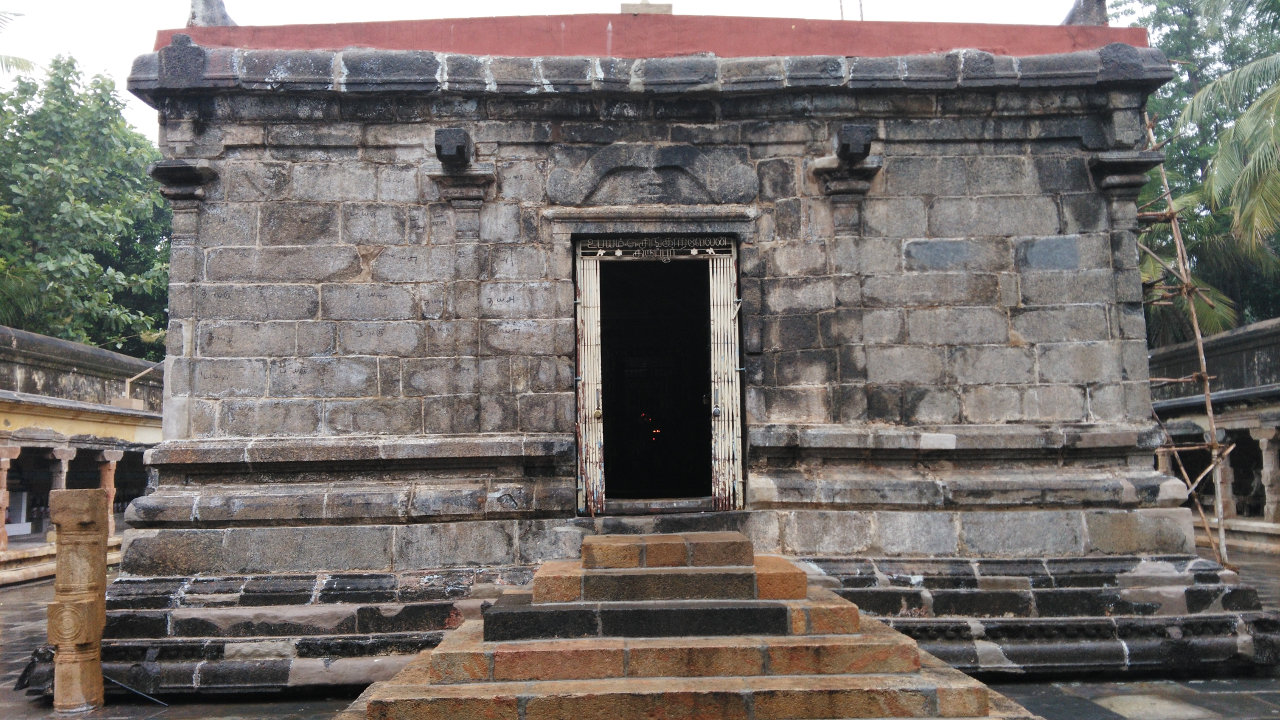 Another legend associated with this temple is that Saint Sundaramurthy Nayanar got a bag of gold from Lord Shiva in this place. Saint Sundarar used to get gold from Lord Shiva to feed his followers. After worshipping the lord in Thiruvanaikaval, he came to this temple and sang in praise of the lord seeking gold. Lord Shiva kept mum. Angred, Sundarar continued his Pathigam in a loud voice questioning whether there was someone called Lord Shiva here or not. Pleased with Sundarar’s hymn, Lord Shiva gave him a purse containing gold. Yet he was doubtful about its purity and examined it closely. Two men came to him and asked him why he was doing so. Sundarar sought their help in determining the purity of the gold. Both  of them confirmed the purity of the metal after scratching it. Both disappeared instantly. Sundarar sang again saying that he did not mean to insult or doubt the Lord. Lord Shiva appeared before him and said that he himself had come as the assessor and his companion was Lord Mahavishnu. Hence the Lord here is named “Matru Urai Nathar” – God who confirmed the purity of gold – (“Matru” means quality, Urai” means “Urasi Parthal” - scratching and assessing while “Nathar” is a respectful suffix in Tamil).

It is believed that Lord Brahma, Goddess Parvathi, Goddess Lakshmi and Sage Agasthiar have worshipped Lord Shiva of this temple.

Other than the shrines of Lord Shiva and Goddess Parvathy, shrines and idols of lords Vinayakar, Murugan, Natarajar, Nalvar, Dakshinamurthy, Arthanareeswarar, Brahma, Durgai, Chandikeswarar, 63 Nayanmars, Sapthamathakkal, Navagraham, Suryan, Chandran, Sahasra lingam and Bairavar can be seen in the corridor. In the Navagraham, Suryan is seen with his two consorts - Usha and Prathyusha. The other planets can be seen looking at him. 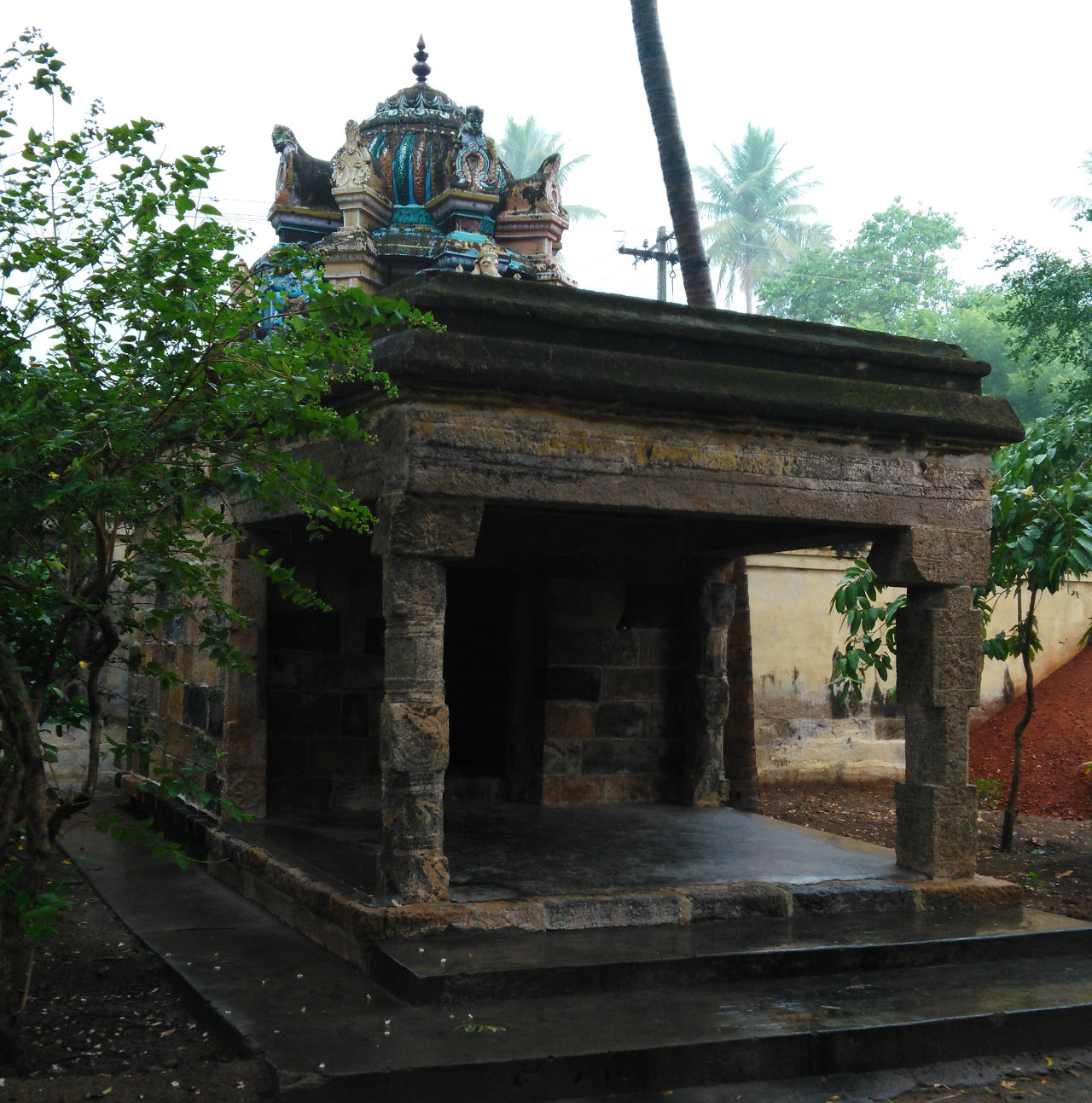 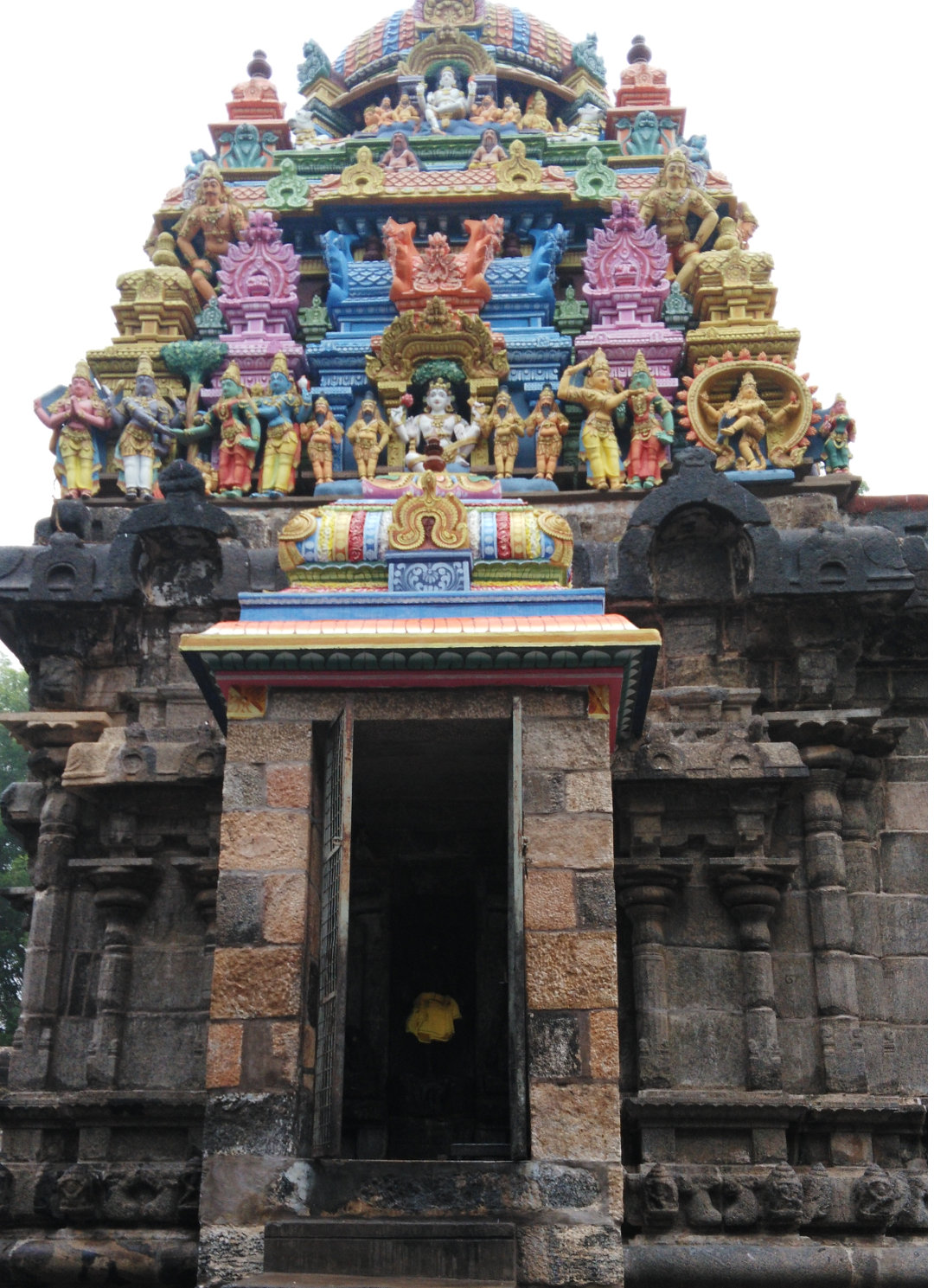 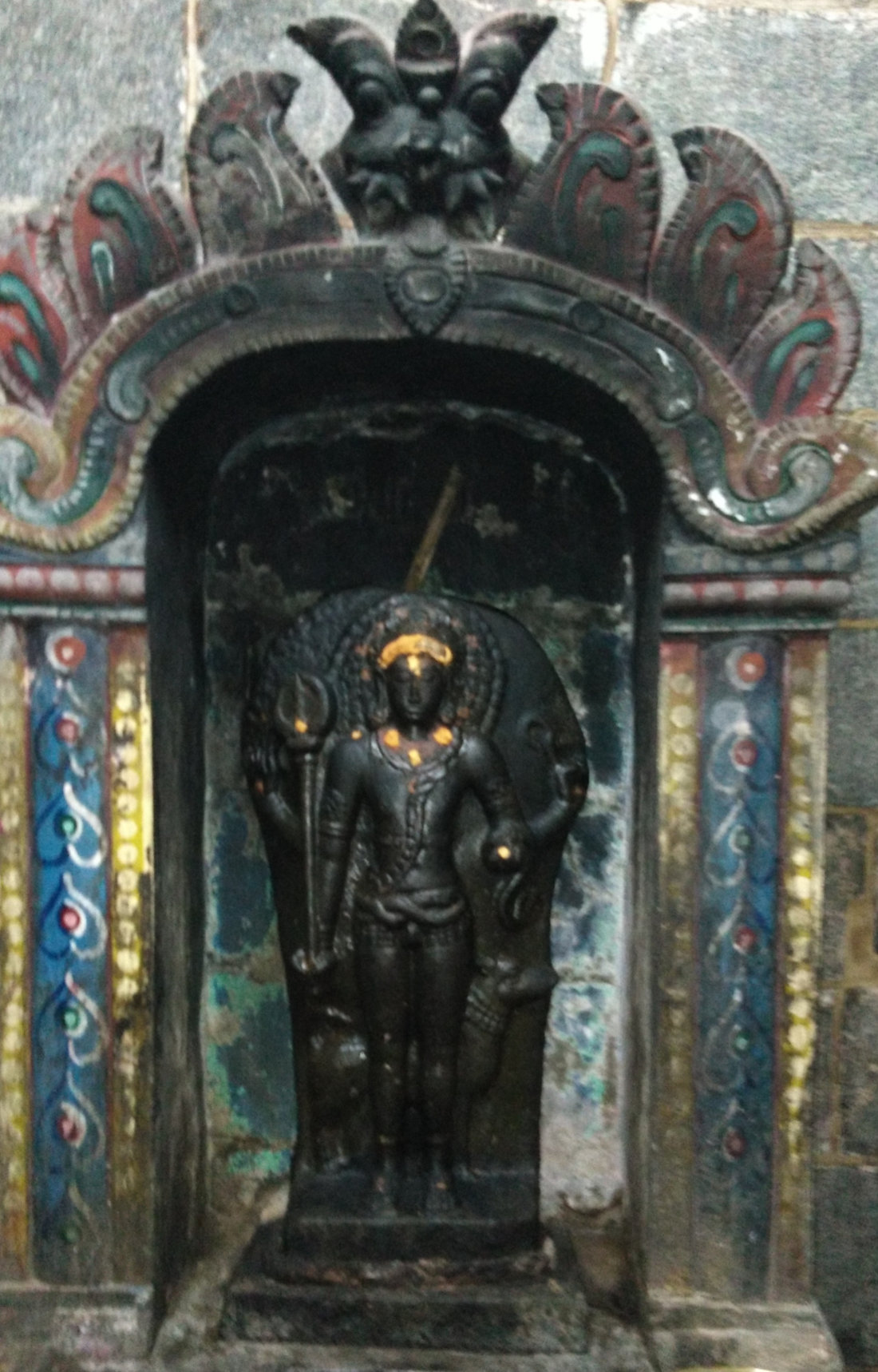 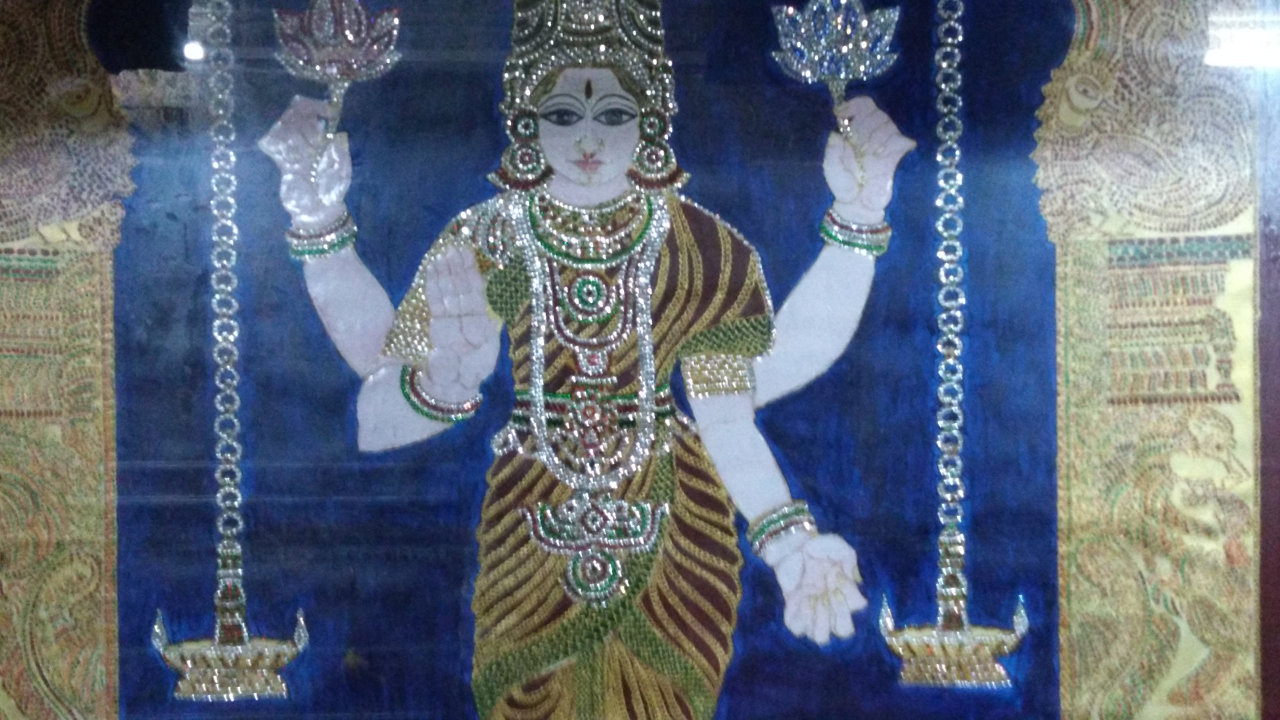 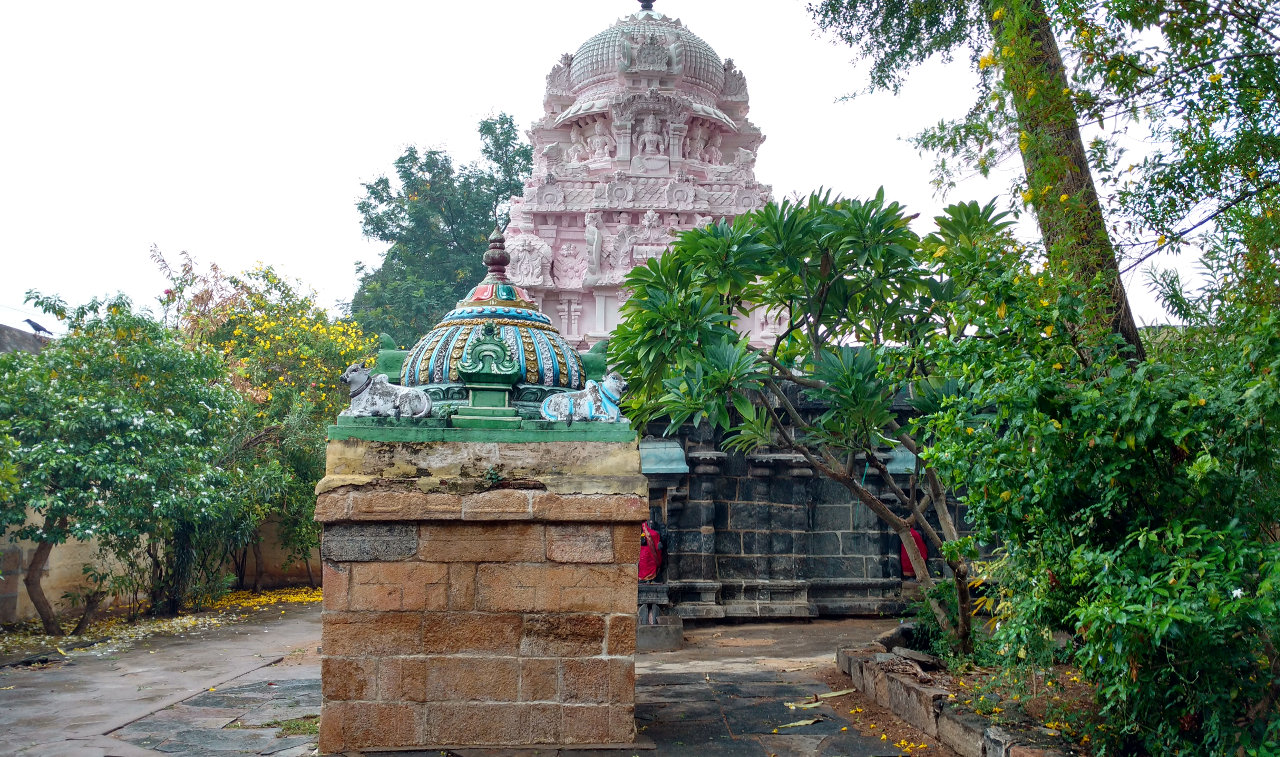 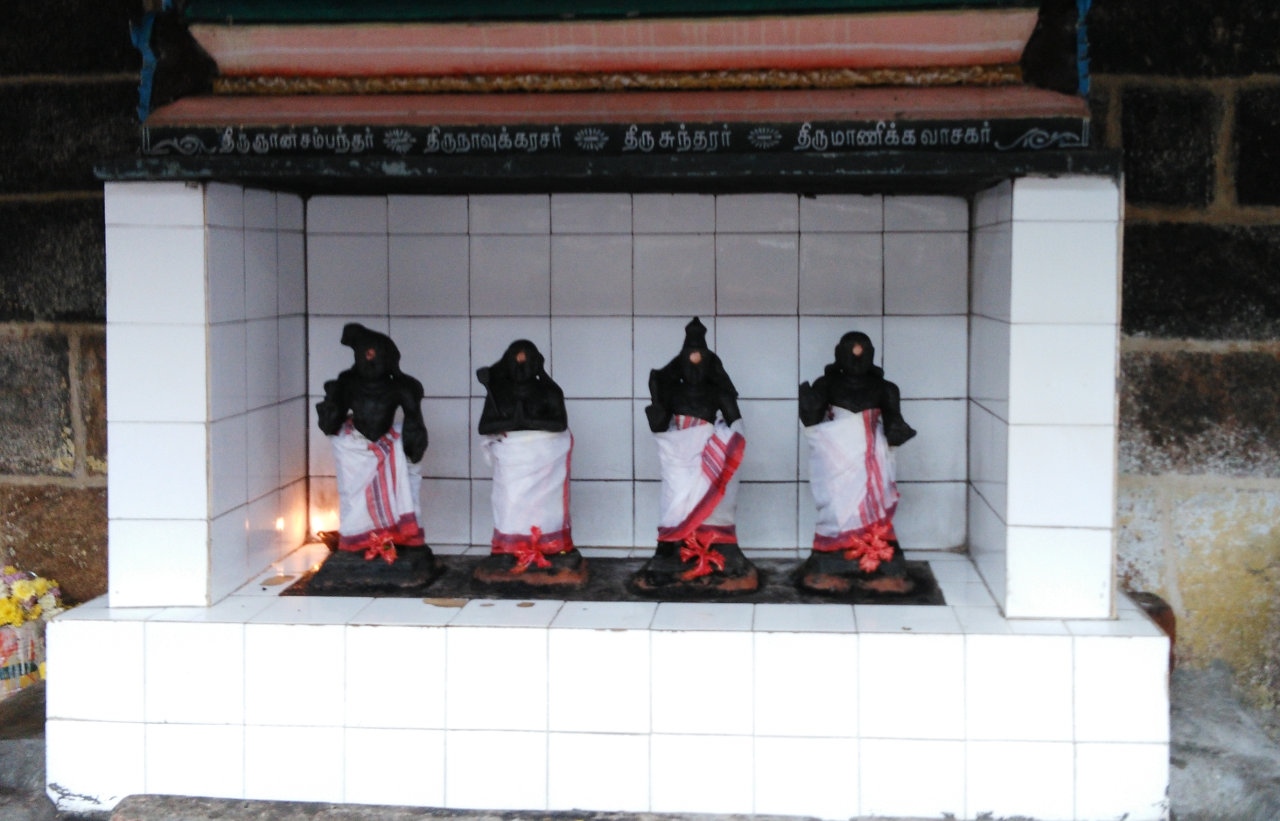 Goddess Balambikai here has a unique posture – her left hand looks like a crab (Nandu / Kadagam in Tamil). It is also said that this is the only temple where you can see Goddess Parvathy’s hand like this. It is believed that taking the abishekam milk of this goddess for three consecutive Sundays would give relief to children who are born with the “Balarishta dosham” (The child who is afflicted by Balarishta dosha will suffer from frequent inexplicable ailments that will fail to respond to conventional medical treatment).

This temple is considered to be significant for its three important attributes – Murthy, Sthalam and Theertham (glory of Lord, sacredness of the land and the auspicious temple tank).

Devotees pray to Lord Shiva here by lighting lamps with “Iluppai” oil for welfare of their family and removal of evil effects surrounding them. Those seeking “Santhana Prapthi” (child boon) also pray to Goddess Balambikai here.

Thiruvasi is considered to be equivalent to visiting Kasi (Banaras).

This temple is famous as a Parihara sthalam for those suffering from Balarishta Dosham.

Devotees believe that worshipping the goddess here for 5 consecutive Fridays will remove obstacles from their marriage proposals.

It is also believed that devotees who are facing stomach related illnesses, nervous weakness, epilepsy and paralysis can worship Lord Natarajar here for one mandalam (45 days) to get relief.

Important festivals celebrated in this temple are –

11-day Brahmotsavam in the Tamil month of Vaikasi (May-June),

Thirukarthikai in the Tamil month of Karthikai (Nov-Dec),

Arudra Dharisanam in the Tamil month of Margazhi (Dec-Jan) and

Poosam in the Tamil month of Thai (Jan-Feb). 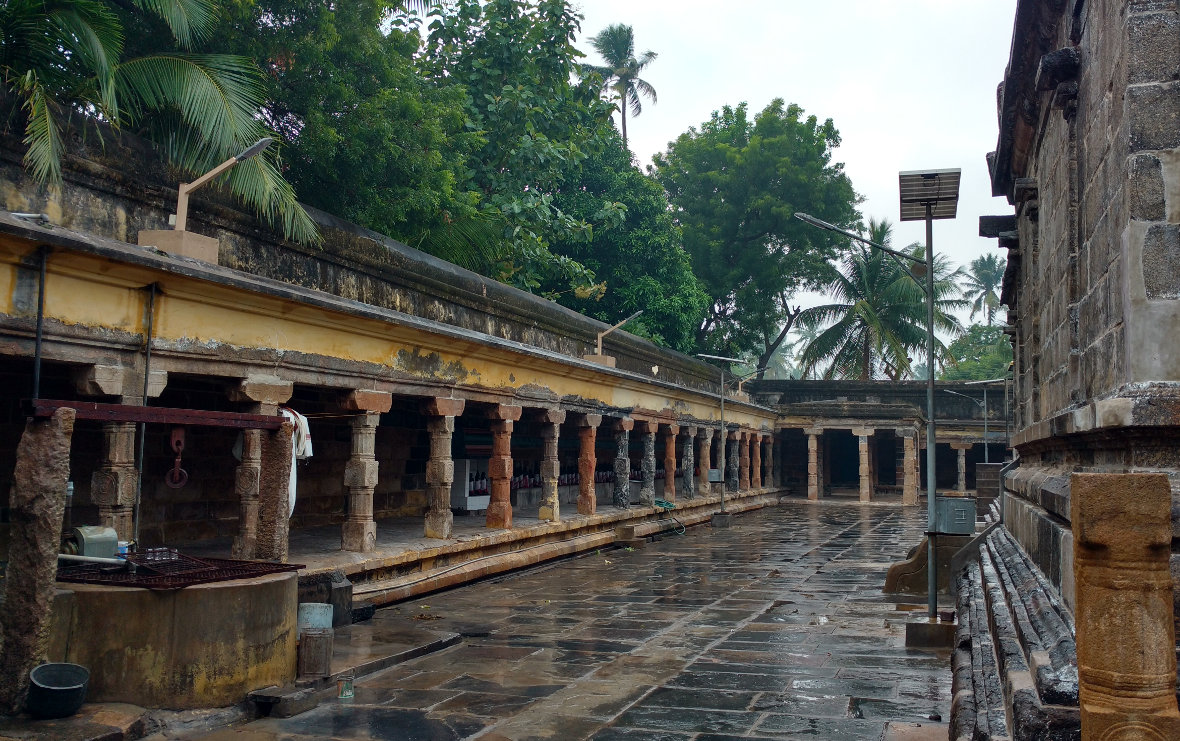 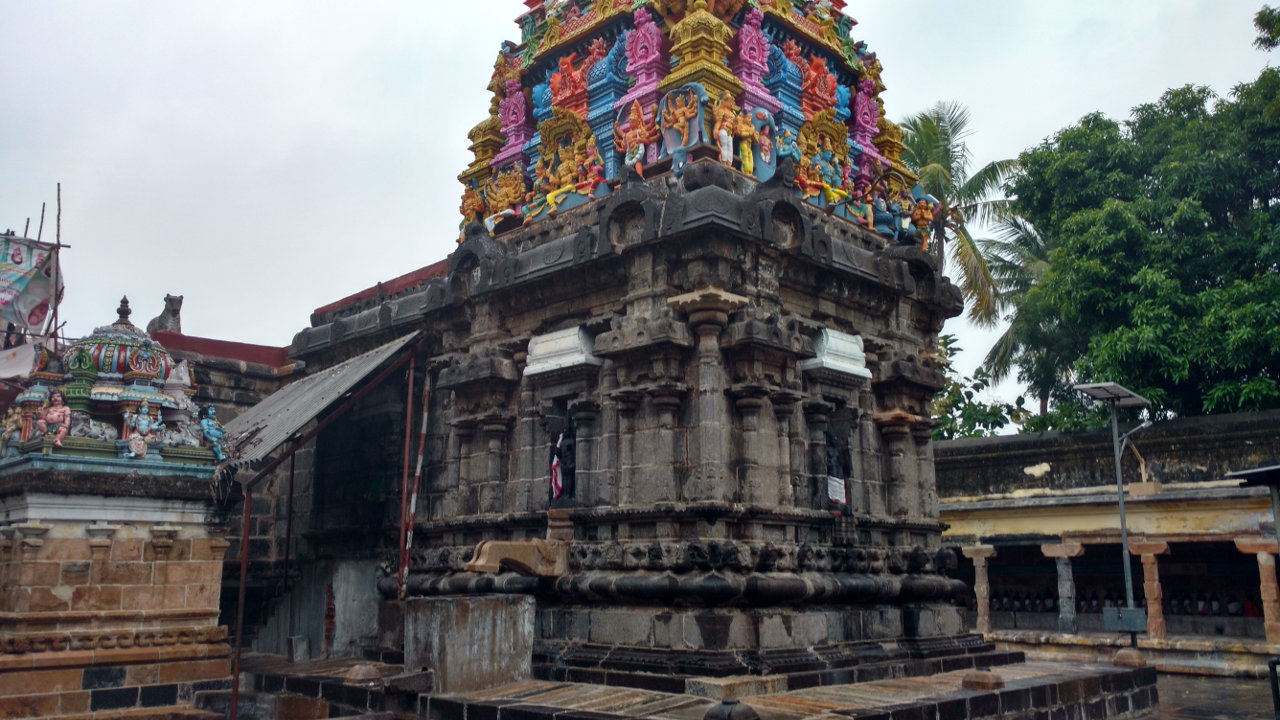 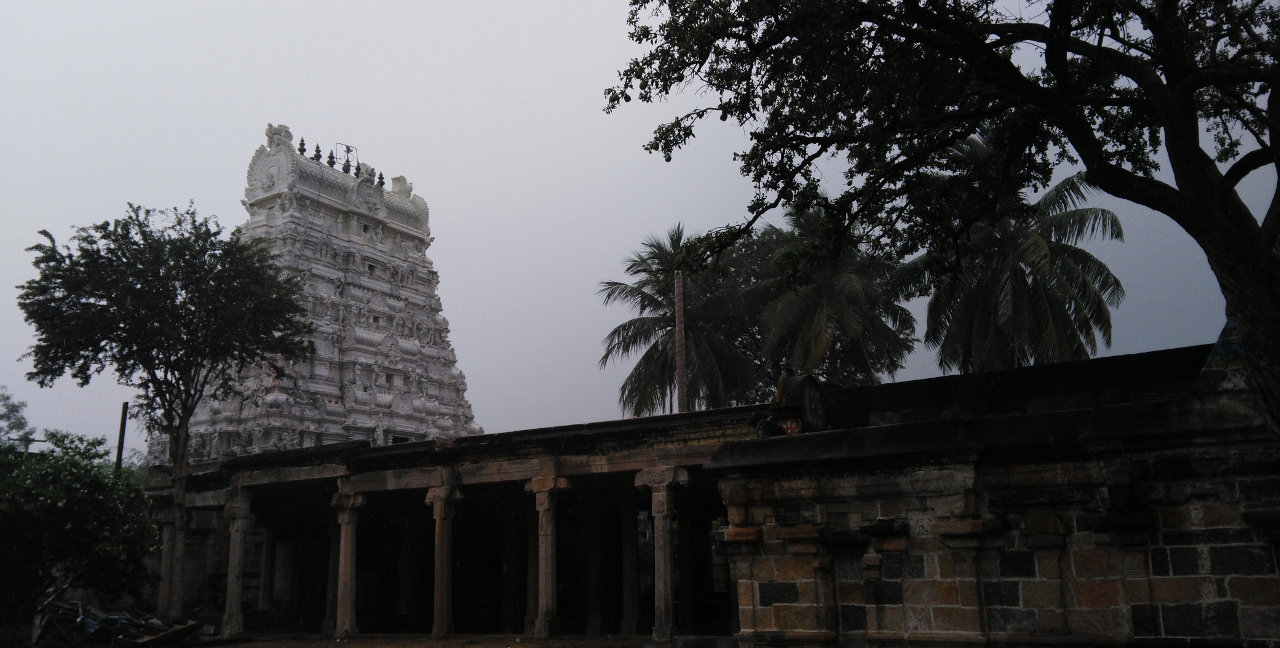