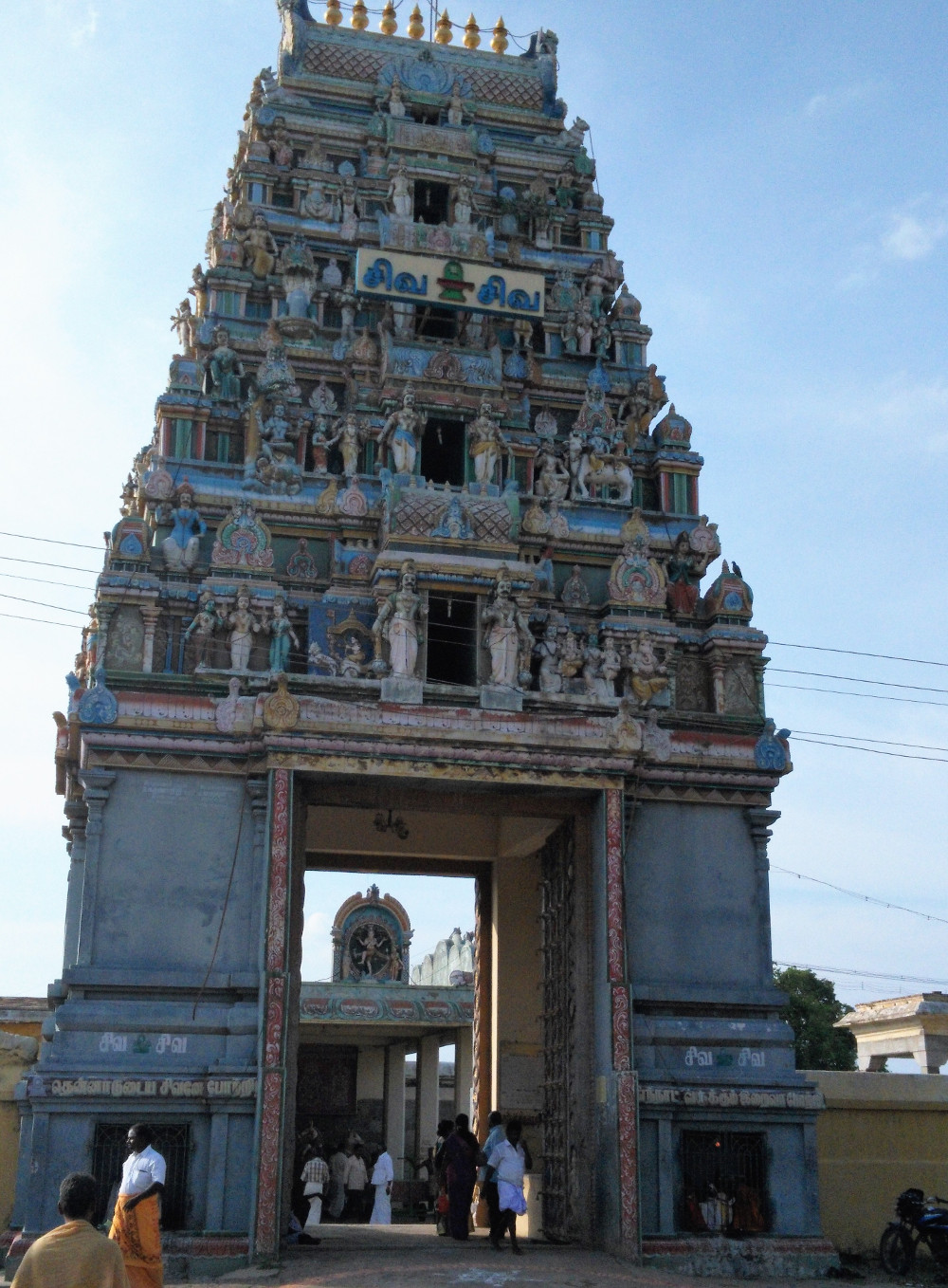 It is believed that, during their march, at this place the axle of the chariot broke because the celestial gods forgot to worship Lord Vinayakar. They realised their error, worshipped Lord Vinayakar and sought his blessing to help them succeed in their mission. It is also believed that it was Lord Mahavishnu who held the chariot from falling down when the axle broke. Since this is the place where the axle (Kooram in Tamil) broke, this place got the name “Kooram” which has later changed to Coovum. Since Lord Shiva had resumed his march for the “Thiripura Samharam” from this place, he is also praised here as “Thiripuranthakar”.

It is said that on his march to destroy the demons, Lord Siva carried the bow and arrow in his hands. Hence, he is also praised here as “Thiruvirkola Nathar” (“Vil” meaning bow and “kolam” meaning appearance in Tamil) and the place is also called Thiru Virkolam.

Another legend associated with this place is that on request of Sages Munjikesar and Karkodar, Lord Shiva competed with Goddess Kali in a dance performance. He performed his “Oordhuva Thandavam” – a dance with very fast movements at Thiruvalangadu and was adjudged as the winner of the competition. Kali was very angry at her defeat. Lord Shiva appeased her anger by telling her that he would perform a pleasing dance – “Raksha dance” at this place.

Goddess Kali was pleased to witness Lord Shiva’s dance and can be seen gracing the devotees by the name of “Tharka Madha” in a separate shrine. This shrine is at a distance of about one kilometre from the Thiruvirkolam temple. Goddess Kali is called by the name of Tharka Madha here because she had contested against Lord Shiva in the dance competition (“Tharka” in Sanskrit means argument).

Outside this temple, there is a separate shrine for Lord Mahavishnu. 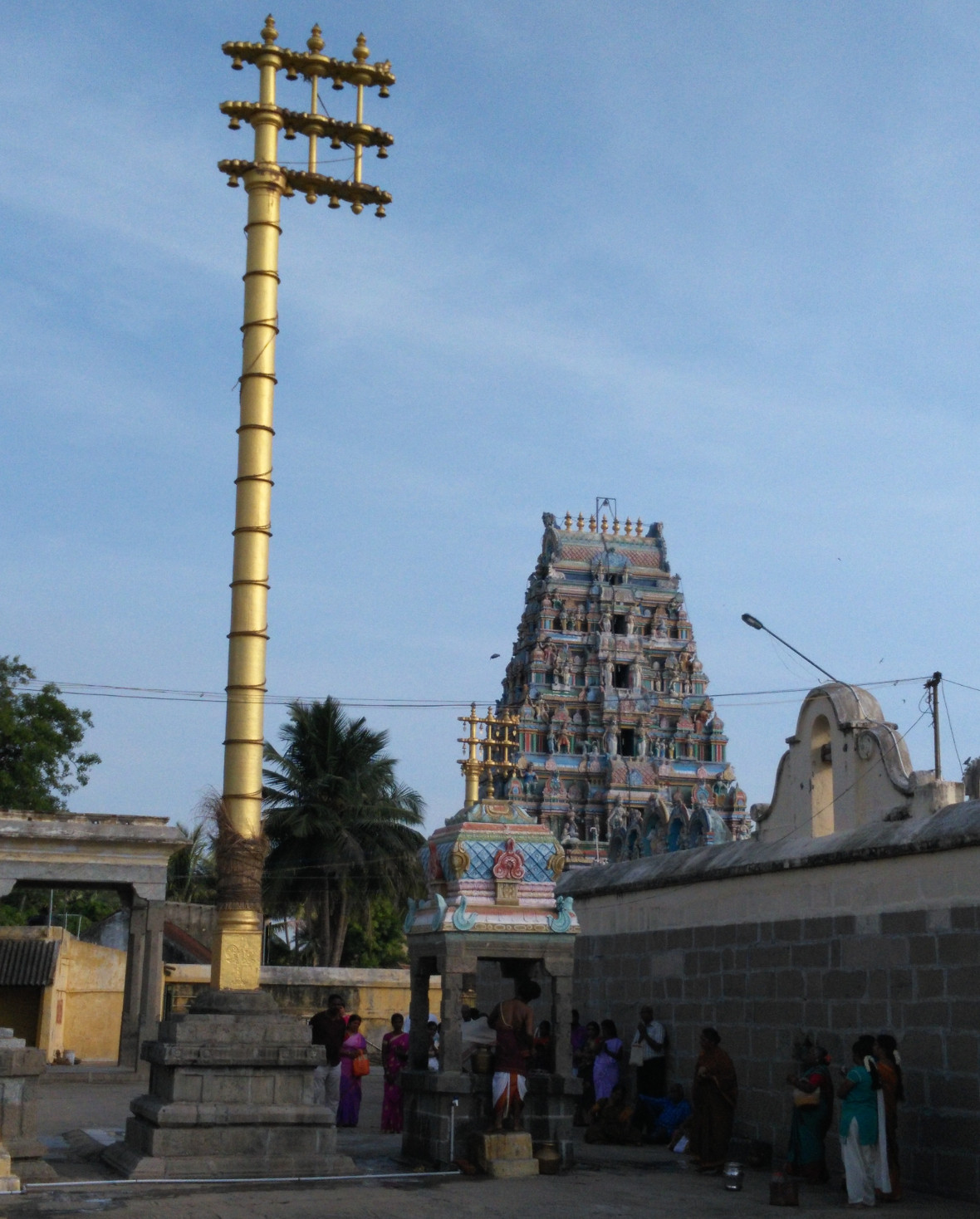 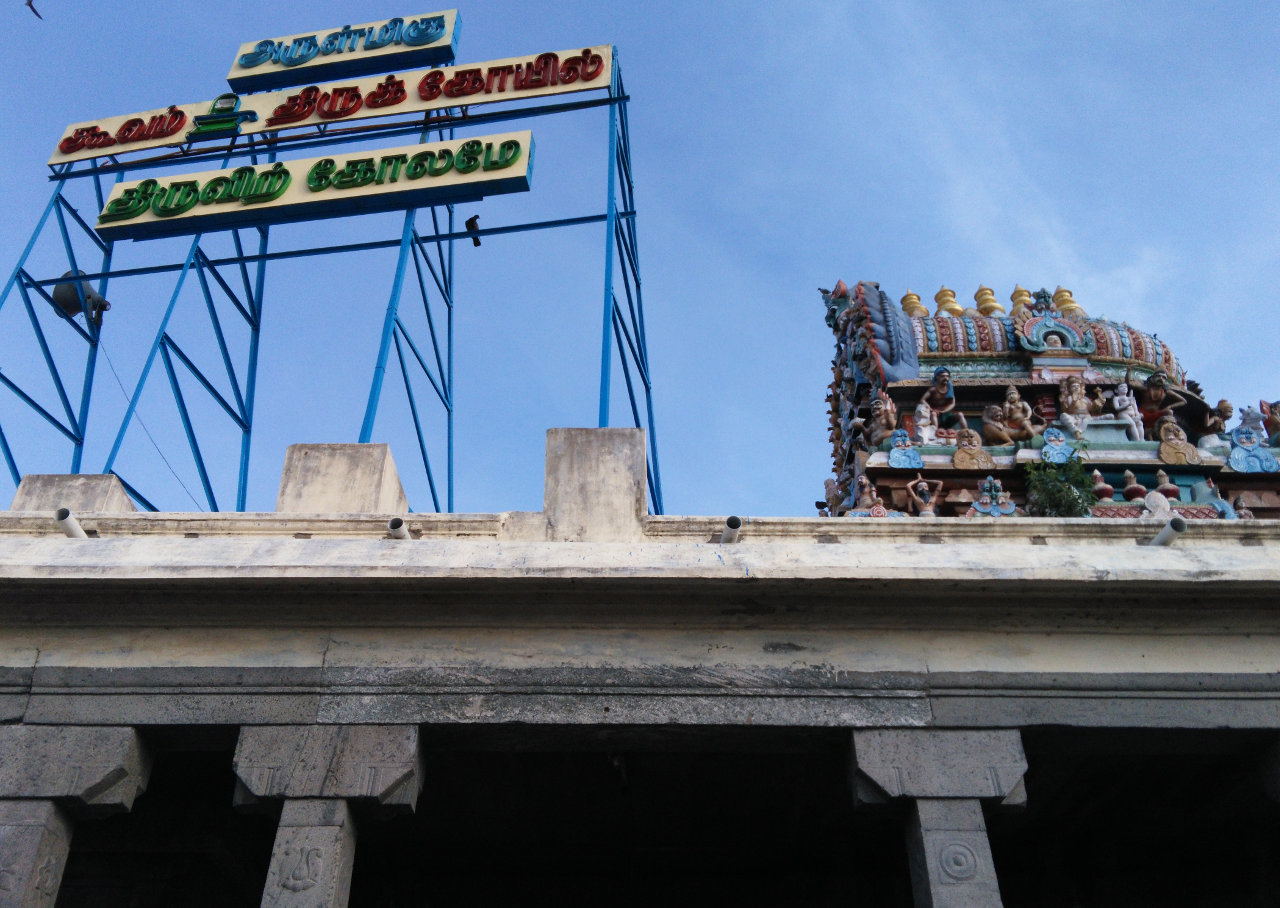 The unique feature of this temple is that Lord Shiva’s procession idol (Utsavar) can be seen holding a bow and arrow in his hands. Such an idol is very rare and cannot be seen anywhere else.

The Shiva lingam here is “Theendaa Thirumeni” and is always covered by an armour (metal cover).

A unique custom followed in this temple is that devotees are to worship Goddess Thiripurasundari before worshipping Lord Thiripuranthakar.

Another speciality of this temple is that Goddess Thiripurasundari’s shrine is situated on the right side of Lord Shiva’s shrine. This is considered to be more auspicious.

The significance of this Shiva lingam is that its colour changes to white before heavy rainfall and to red when the rain is less. This used to serve as an indication for rainfall. Saint Thiru Gnanasambandhar in his hymns on Lord Shiva of this temple has mentioned about the changes in colour of this lingam. However, now the colour of the lingam does not seem to change. Apart from this phenomenon, Saint Thiru Gnanasambanthar also talks about the Thiripura Samharam in his hymns.

It is said that the demons, Tharakatchan and Vidyunmali have become the gate keepers (Dwarapalakas) of the sanctum sanctorum.

The shrine where Lord Shiva performed the “Raksha dance” can be seen near the entrance of the sanctum sanctorum.

Every day poojas are performed four times and the Archakars perform these poojas only after taking bath in the temple tank. It is surprising to see this custom being followed even today.

It is also said that every day water is brought for abhishekam from the “Thirumanchana Kuzhi” tank. This tank is the property of this temple and is located at a distance of about 2 kms from this temple. It is believed that if water from any other source is used for abhishekam, one can see a lot of ants on the lingam.

Lord Vinayakar is said to have been the one who broke the axle of Lord Shiva’s chariot at this place. Hence, he is named “Achirutha Vinayakar” (“achu” meaning axle and “muritha” meaning break in Tamil). This temple’s tank is also called Achirutha tank.

It is said that there are no frogs in this temple’s tank and if anyone puts a frog there, it will not stay there but come out immediately. Another interesting aspect of this tank is that it never goes dry.

As per information available from the temple, the last sacred consecration ceremony (Kumbabishekam) took place on 31st August, 2007.

There is a “Rudraksha” tree near this temple.

It is believed that worshiping the lord here can relieve devotees from the sins of their previous birth.

It is also believed that any sort of misunderstanding between husband and wife can be resolved if they worship the lord here. 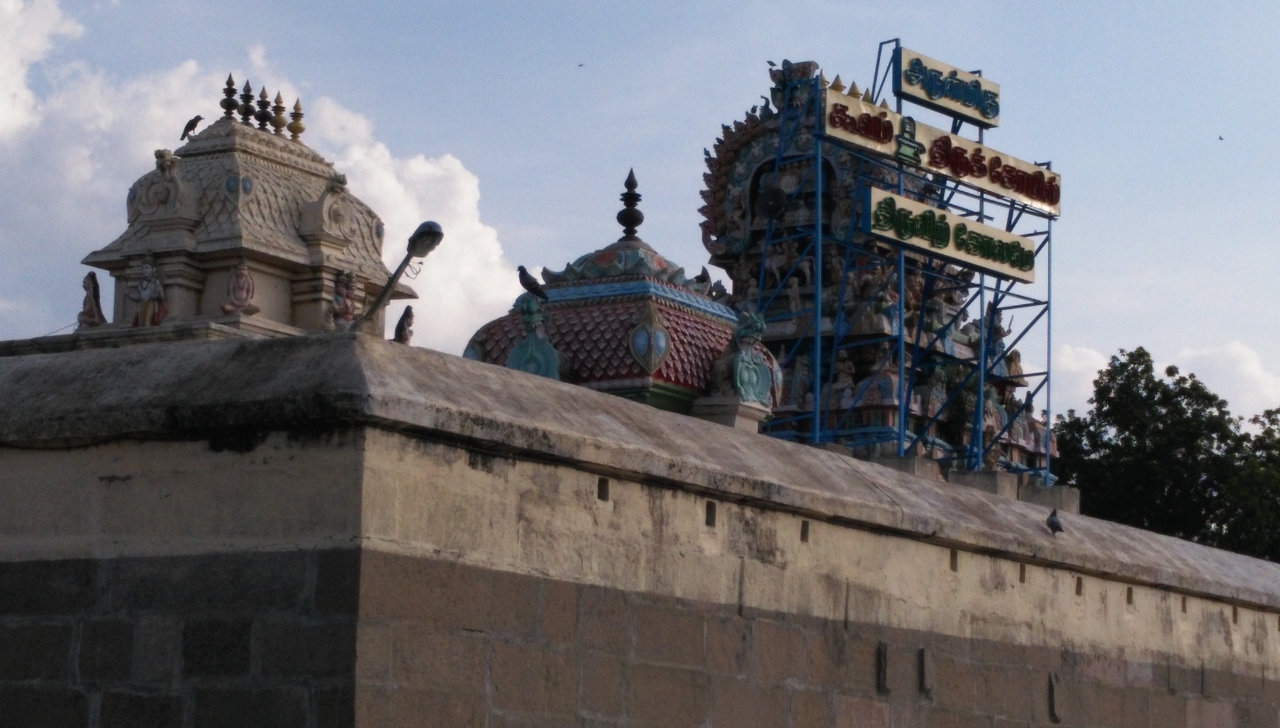