Thiru Vothur is situated at a distance of about 30 kms from Kanchipuram. From Kanchipuram, there is a straight road to Thiruvothur.

It is believed that this temple was constructed during 6th century CE. 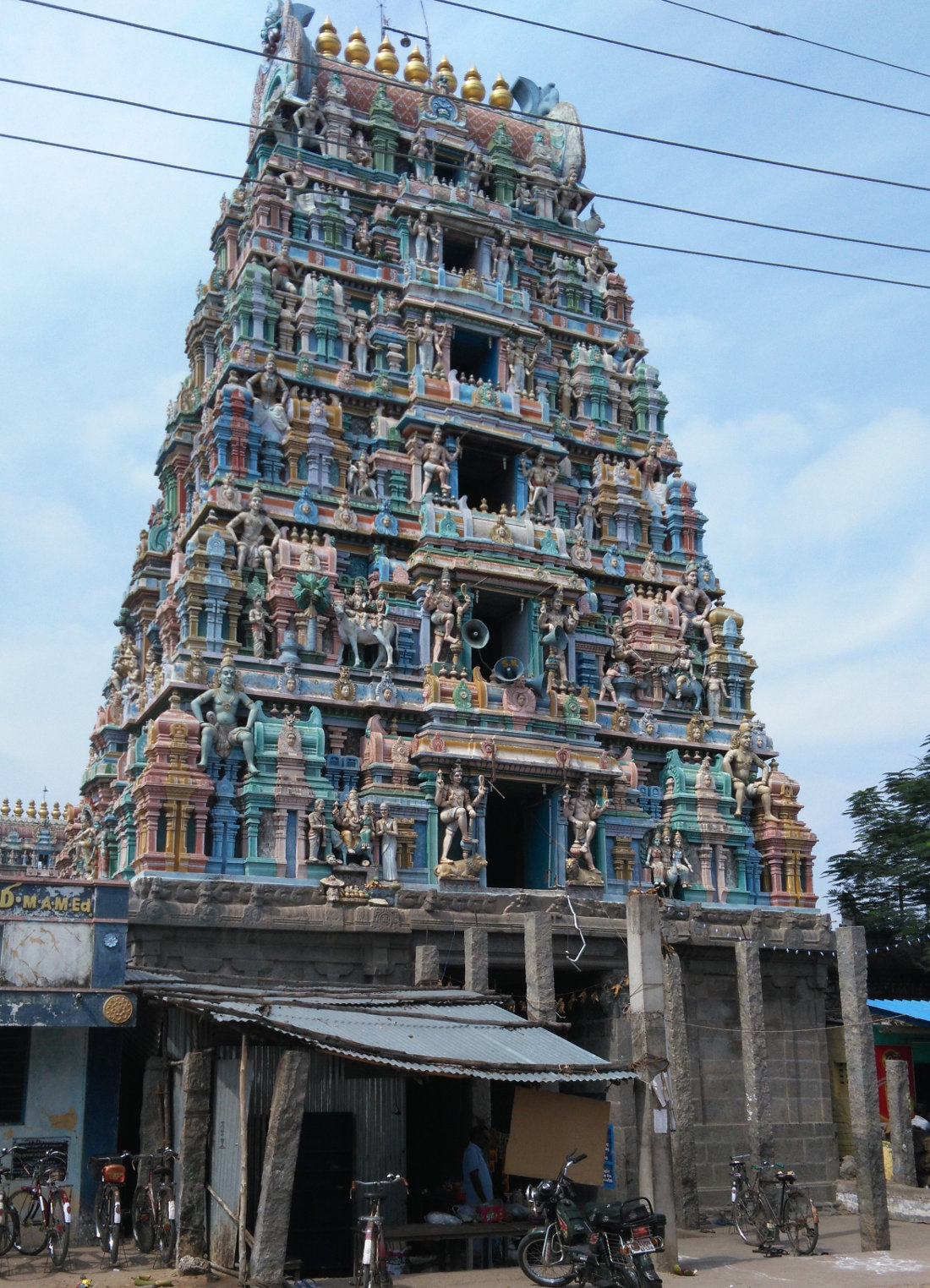 The legend is that Lord Shiva preached (meaning “Othu” in Tamil) Veda to celestial gods (Devas) and sages at this place, hence this place gets the name “Thiruvothoor” and the lord is praised as “Vedapureeswarar”.

But clouded by his arrogance and pride, Dakshan humiliated both Dakshayani and Lord Shiva. Furious, Dakshayani cursed her father that his Yagna would not be successful. Furthermore, she wanted to seek absolution for the sin of being the daughter of an opponent of Lord Shiva and decided to perform penance at this place (Thiruvothur).

Another legend associated with this place is that a devotee of Lord Shiva who was looking after this temple, had grown palm trees on the banks of the river Cheyyar and around the temple’s fields to protect the temple’s walls from erosion and floods. However, all of these palm trees were male and did not yield any fruits. The Jains laughed at him and started taunting him by saying “why don’t you ask your God to change these male palm trees into female (fruit bearing) ones?”. 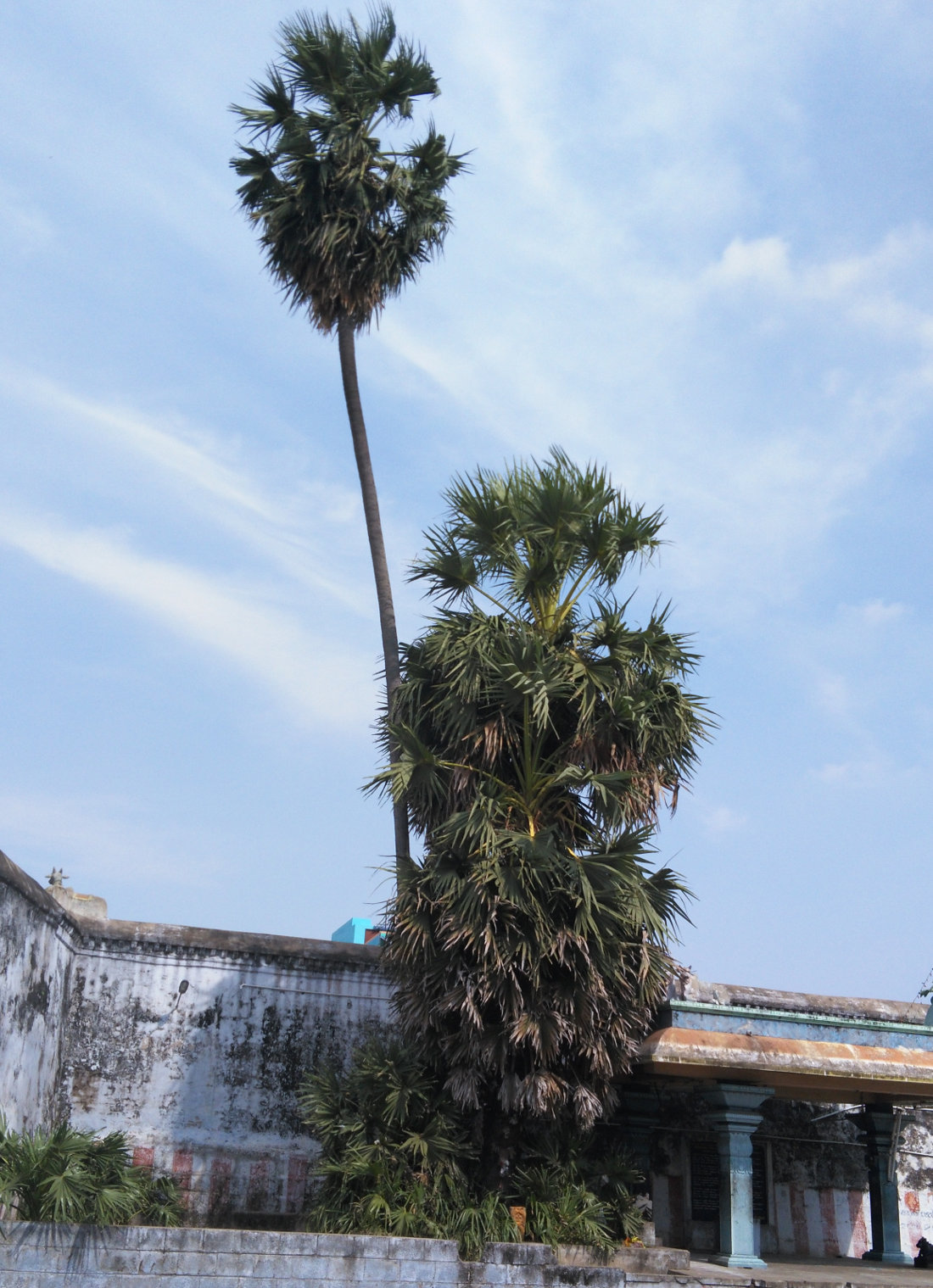 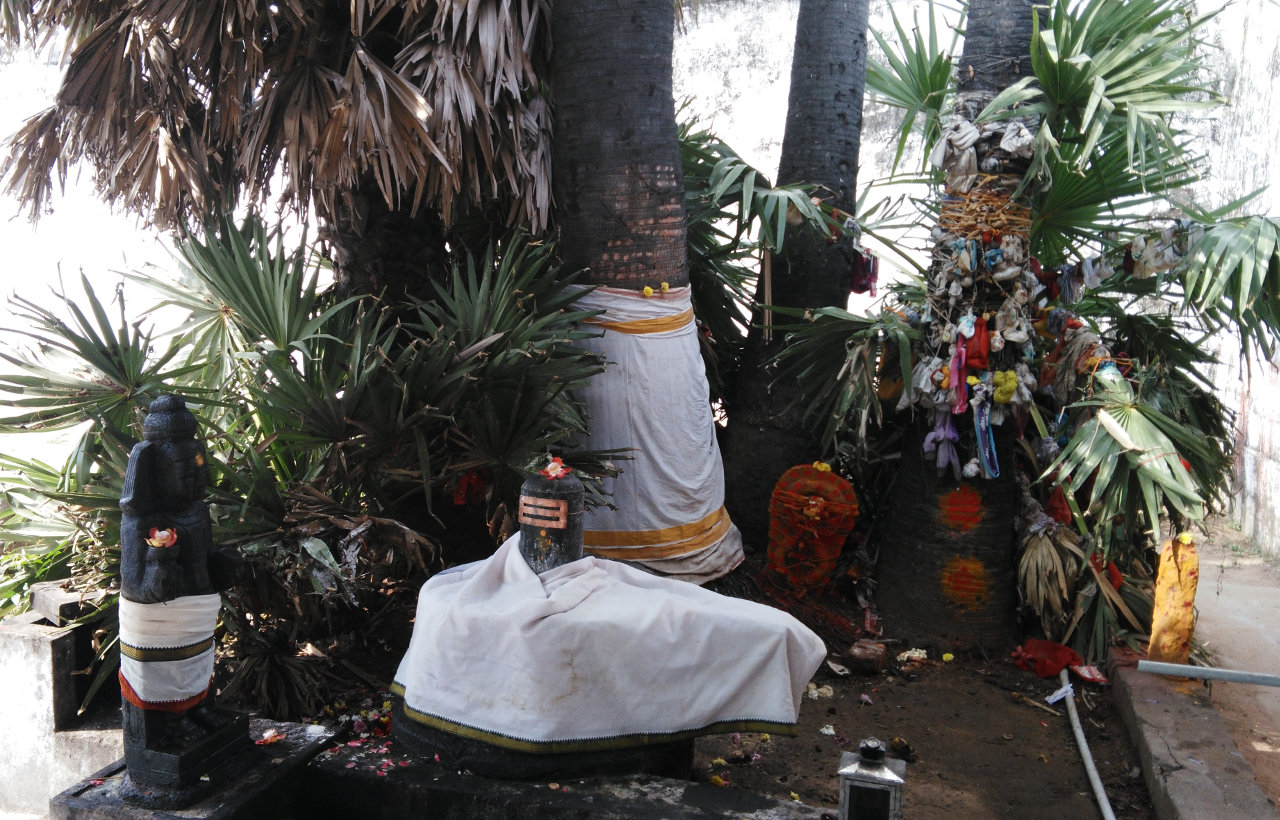 Another legend is that when Saint Thirugnanasambanthar visited Thiruvothur, the Jains at this place conducted a yagna and sent a poisonous snake to kill him. He redirected the snake back to their leader who realized Sambanthar’s power and surrendered to him.  Sambanthar prayed to Lord Shiva who then appeared as a snake charmer and took the snake away. To commemorate this incident, there is a huge idol of Nagalingam / Sri Naganathar (snake with five heads) installed in this temple.

After failing in their attempts to kill him, the Jains invited Thirugnanasambanthar for a competition (Punalvadam in Tamil). During this competition, the Jains wrote their slokas on a palm leaf and put it in the river Cheyyar. This palm leaf got carried away in the river stream. Whereas when Thirugnanasambanthar did the same, the palm leaf in which he wrote his pathigam floated against the stream, came back and got stationed at a particular place. After this incident, it is believed that the Jains accepted their defeat. This place is called “Cheyyatril Ventran”.

It is believed that similar type of incidents and competition had also taken place in Madurai.

Even though Saint Thirunavukkarasar (Appar) is believed to have visited this temple and rendered pathigams, those pathigams have not been recovered.

It is also said that Lord Shiva performed his “Veera Nadanam” here.

Another legend is that once, a local ruler by the name of Thondaiman requested Lord Shiva to help him conquer the kingdom of King Visuvasu. Lord Shiva sent Nandhi along with Thondaiman to help him defeat Visuvasu.  In memory of this, Nandhi here is facing the entrance of the temple instead of facing the lord.

Another legend about the Nandhi’s posture here is that when Lord Shiva preached Veda to the celestial gods and sages, Nandhi was instructed to keep a watch at the entrance to prevent any disturbances.

Another significance of this temple is that from the centre of the main hall you can see and worship all the five deities at the same time - Lord Shiva, Goddess Parvathi, Vinayakar, Murugan, Navagraham and the Palm trees. This is a unique feature of this temple and you cannot find such placement of shrines in any other temple in Tamil Nadu. 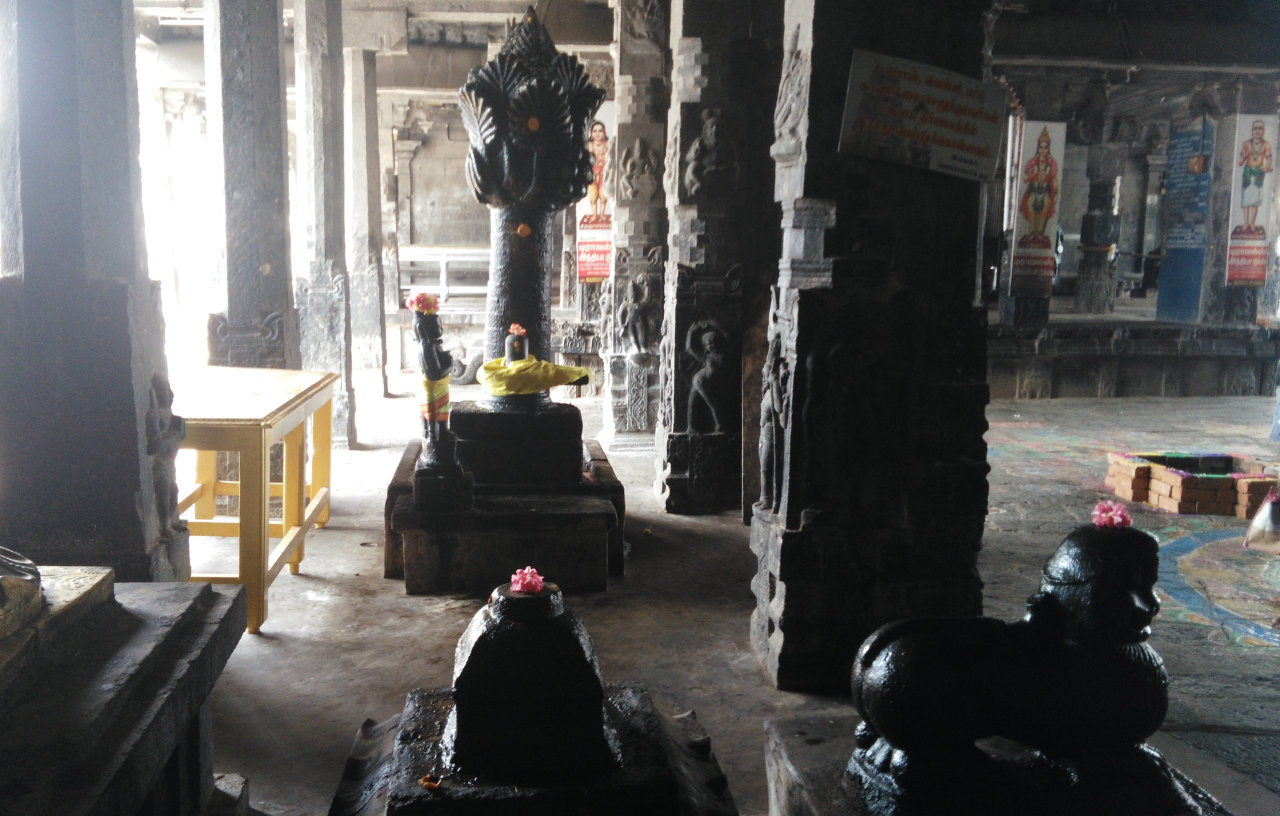 Another significance of this temple is that everyday sun rays fall directly on the Shivalingam.

Another significance of this temple is that in the outer corridor, separate shrines for all the five “Panchapootha” lingams can be seen. It is believed that devotees will get the benefit of visiting Kanchipuram, Thiruvanaikkaval, Sri Kalahasthi, Chidambaram and Thiruvannamalai by worshiping these five lingams from here itself.

In this temple, there is a separate shrine for Nagalingam. Special poojas are conducted for this Nagalingam on all Saturdays between 0900 and 1030 AM. It is believed that devotees can worship this lingam to get relief from “Naga Dosham”. 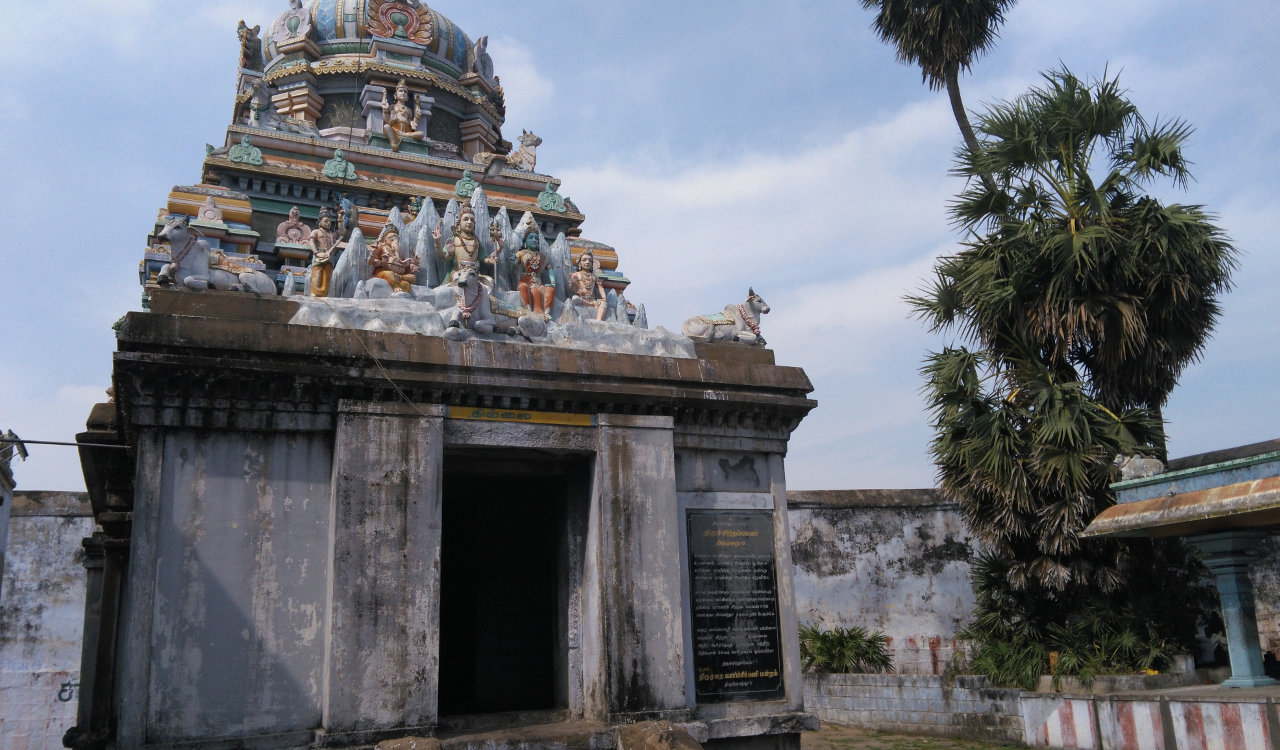 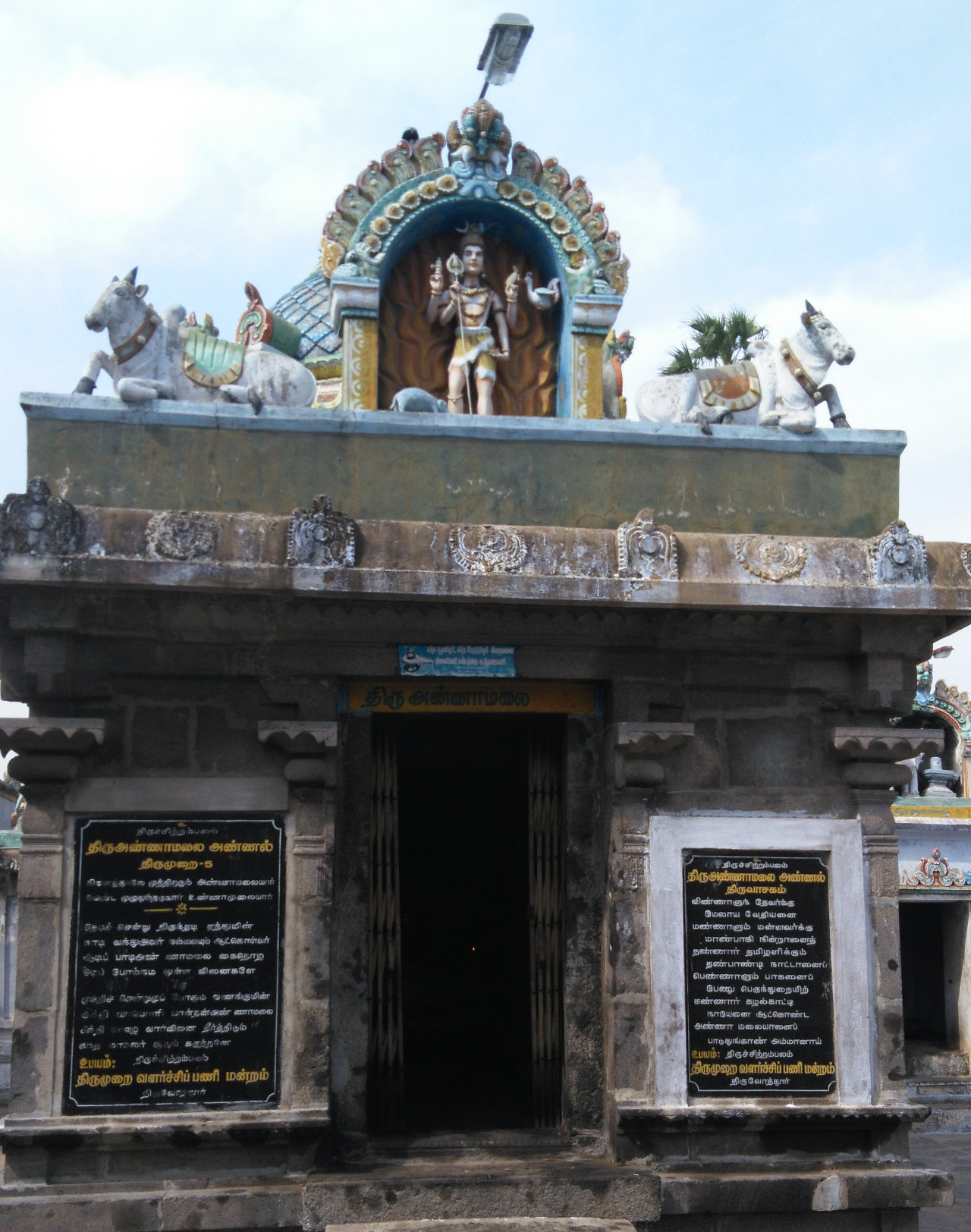 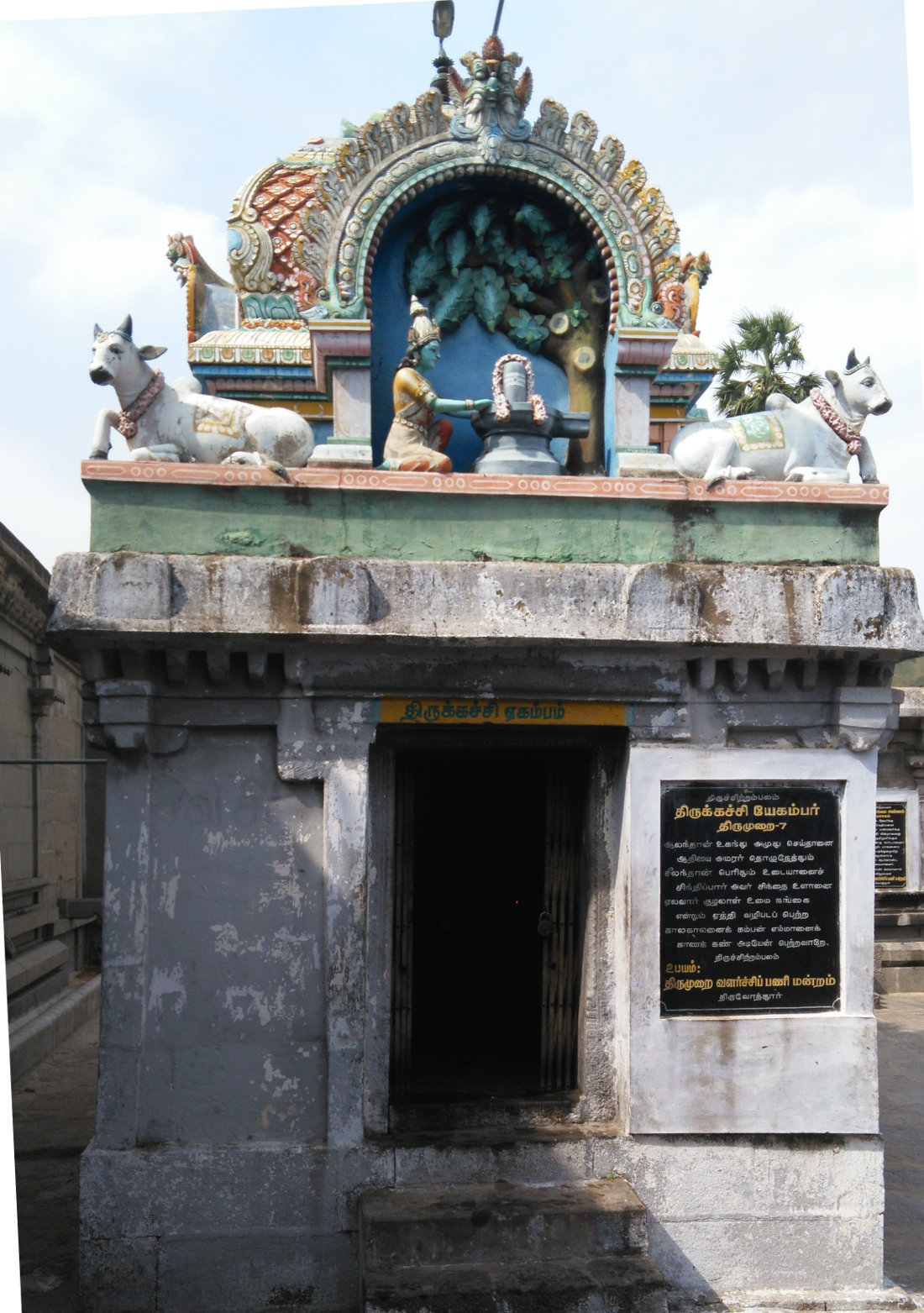 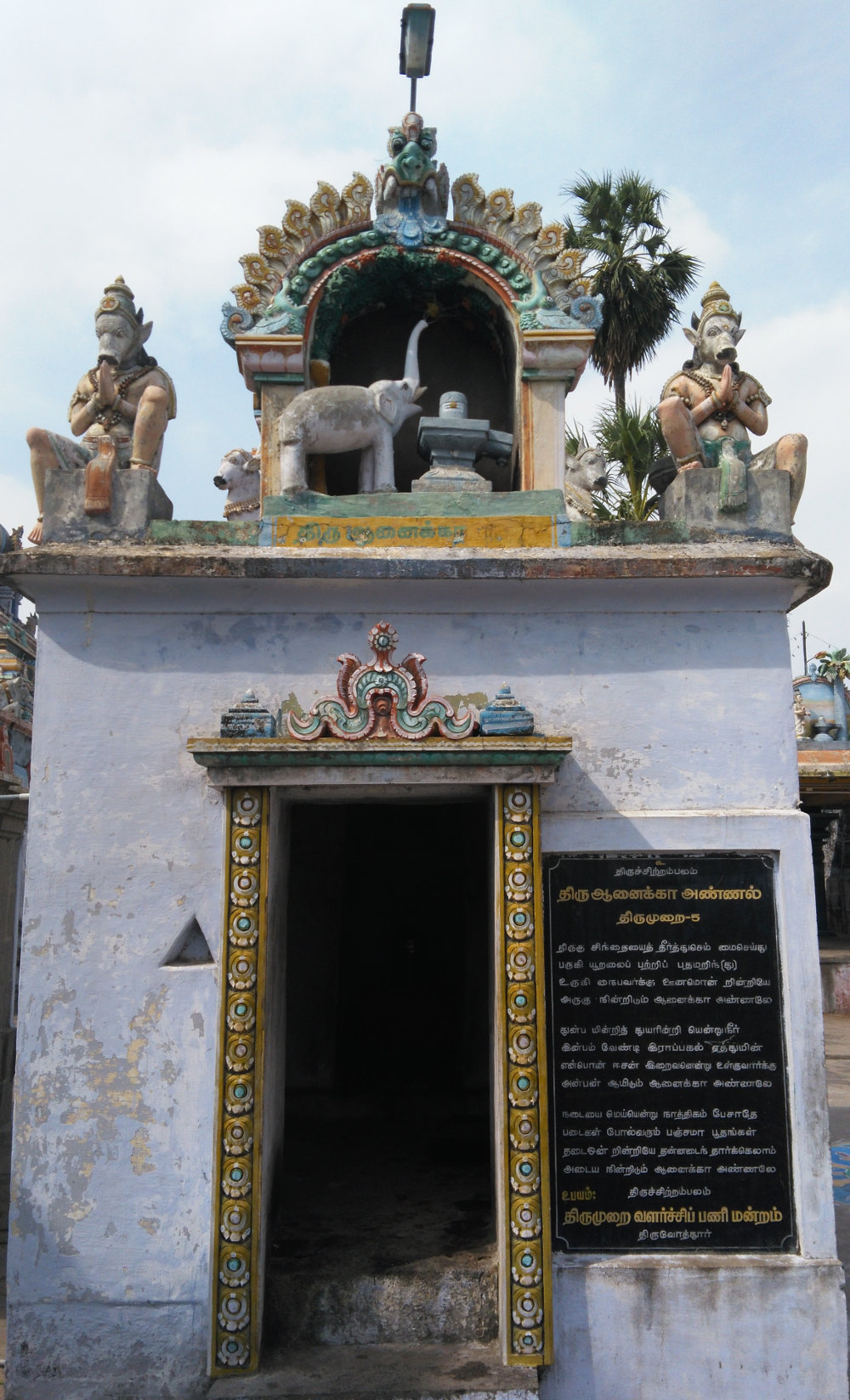 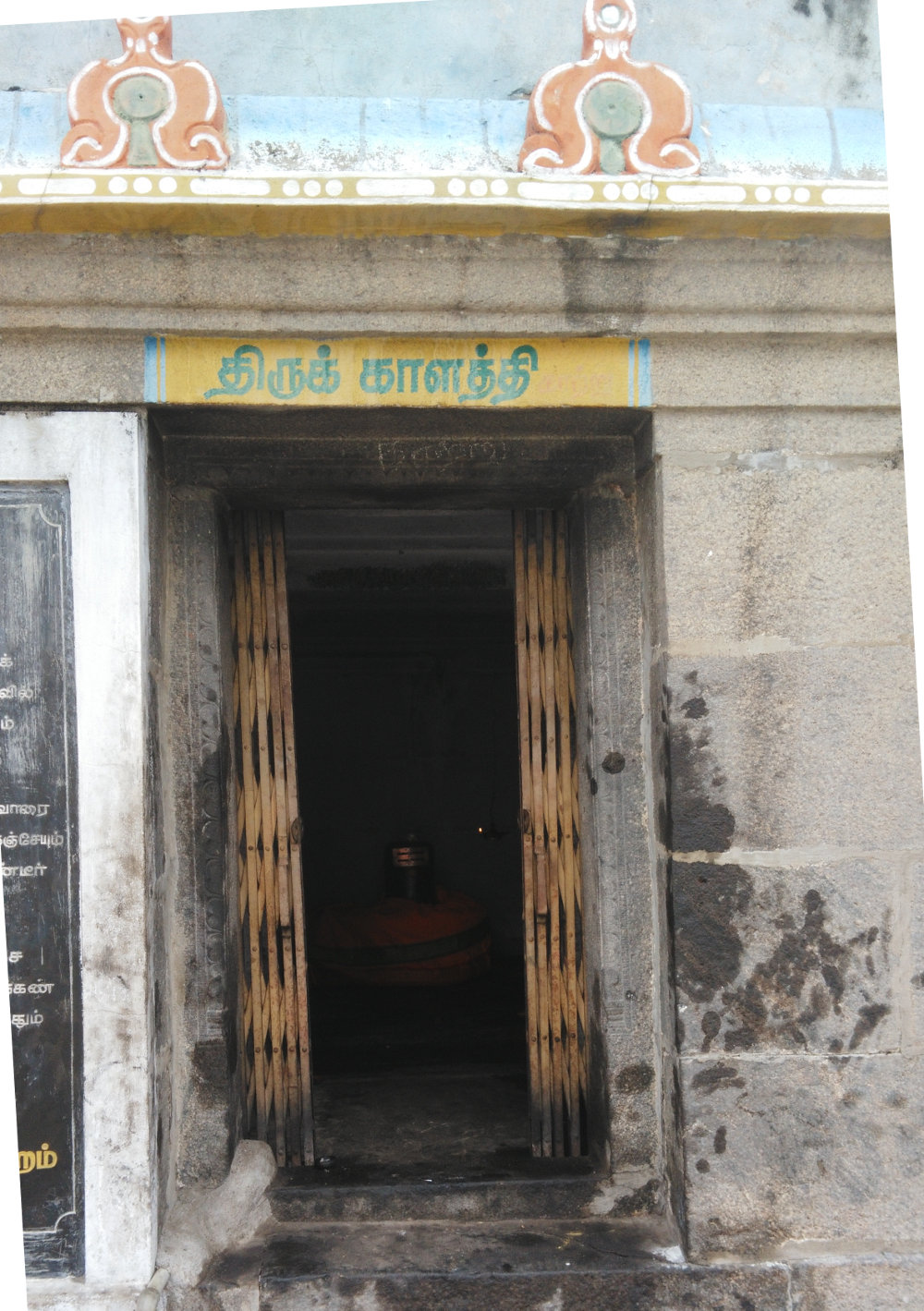 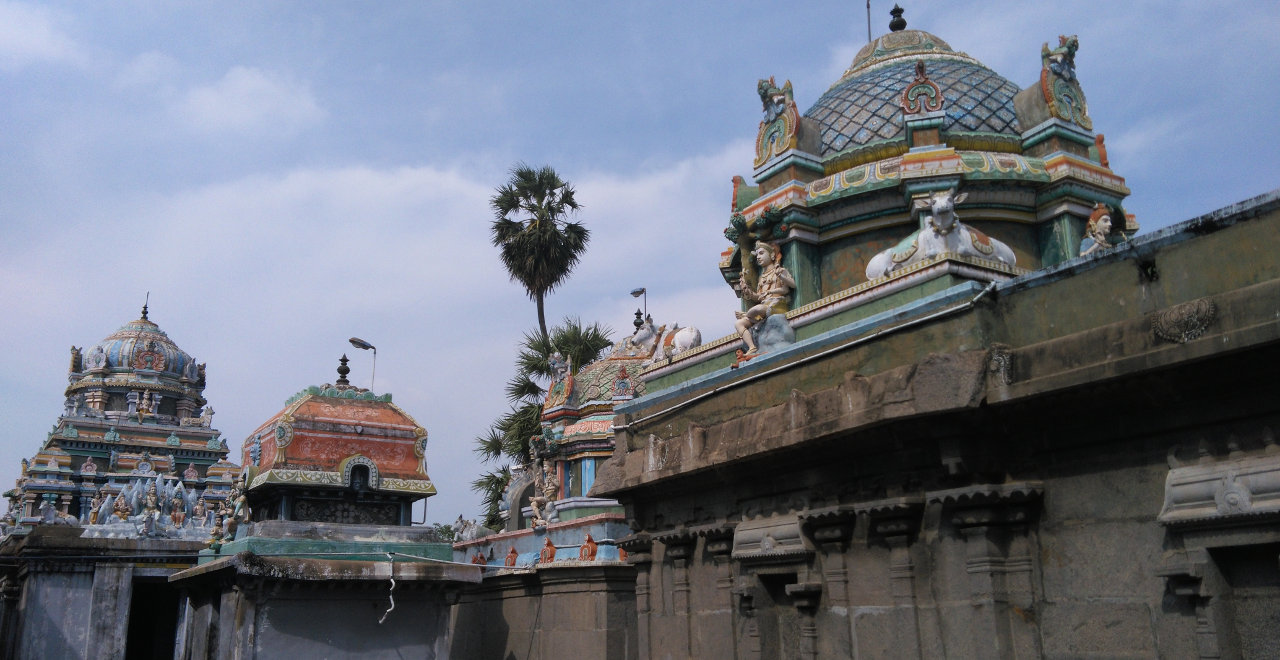 The idols of all the “Santhanachariars” namely, Meykandar, Arulnandhi Sivam, Maraignana Sambanthar and Umapathi Sivam can also be seen in the corridors. Also in the outer corridor, under the Sthalaviruksham (Palm tree), a Shivalingam and Thirugnanasambanthar’s idol can be seen.

There is a separate shrine for Lord Mahavishnu in the name of Aadhi Kesava Perumal.

It is believed that those seeking “santhana prapthi” (child boon) can pray to the Goddess here by making offering of palm fruits and then consuming it.

Devotees also worship Lord Shiva of this temple for prosperity and wisdom. 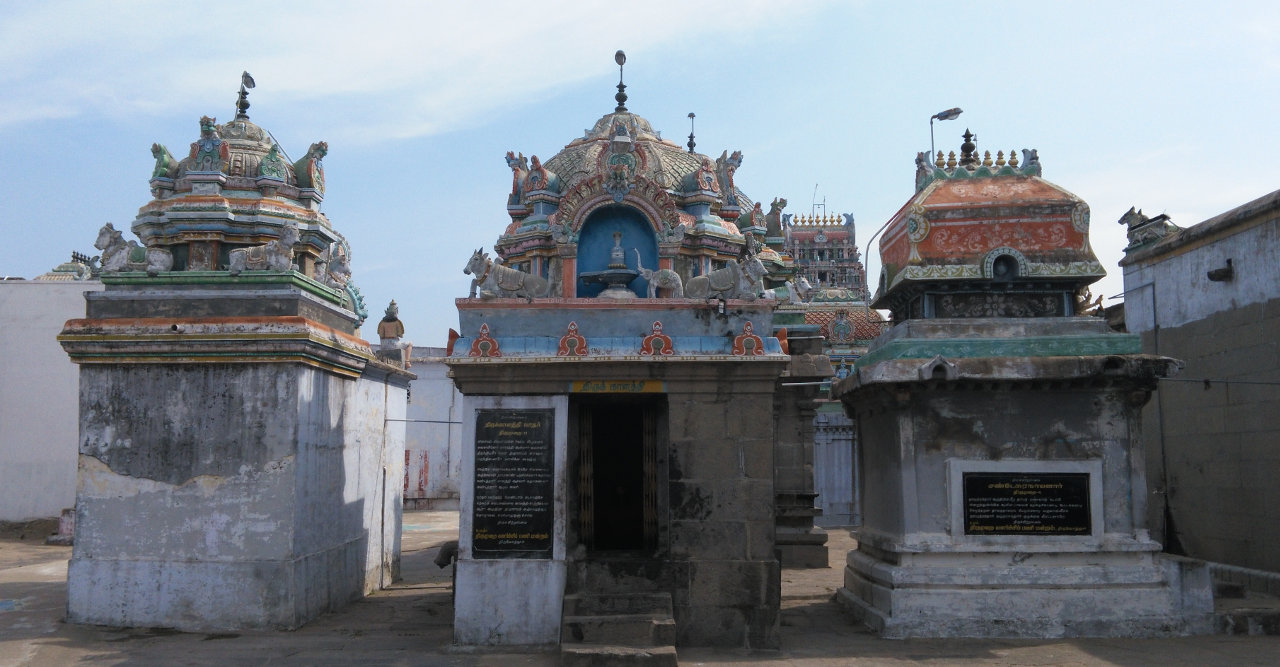