Thittai is situated at a distance of about 10 Kms from Thanjavur on the Tanjure - Melattur - Kumbakonam route. Nearest railway station is Thittai on the Kumbakonam to Tanjure line which is two kilometres away from this temple.

There are stone inscriptions available here which date back to the 10th and 12th centuries. It is believed that this temple was built by the Chola King Kulothungan. In 1922, the entire temple was reconstructed using granite by Sri Ramaswamy Chettiar of Chettinadu Nagarathar family.

This place is also known as Therur or Rathapuri which originates from the legend that the chariot (“Ther”) of a king got stuck in the sand dunes here. 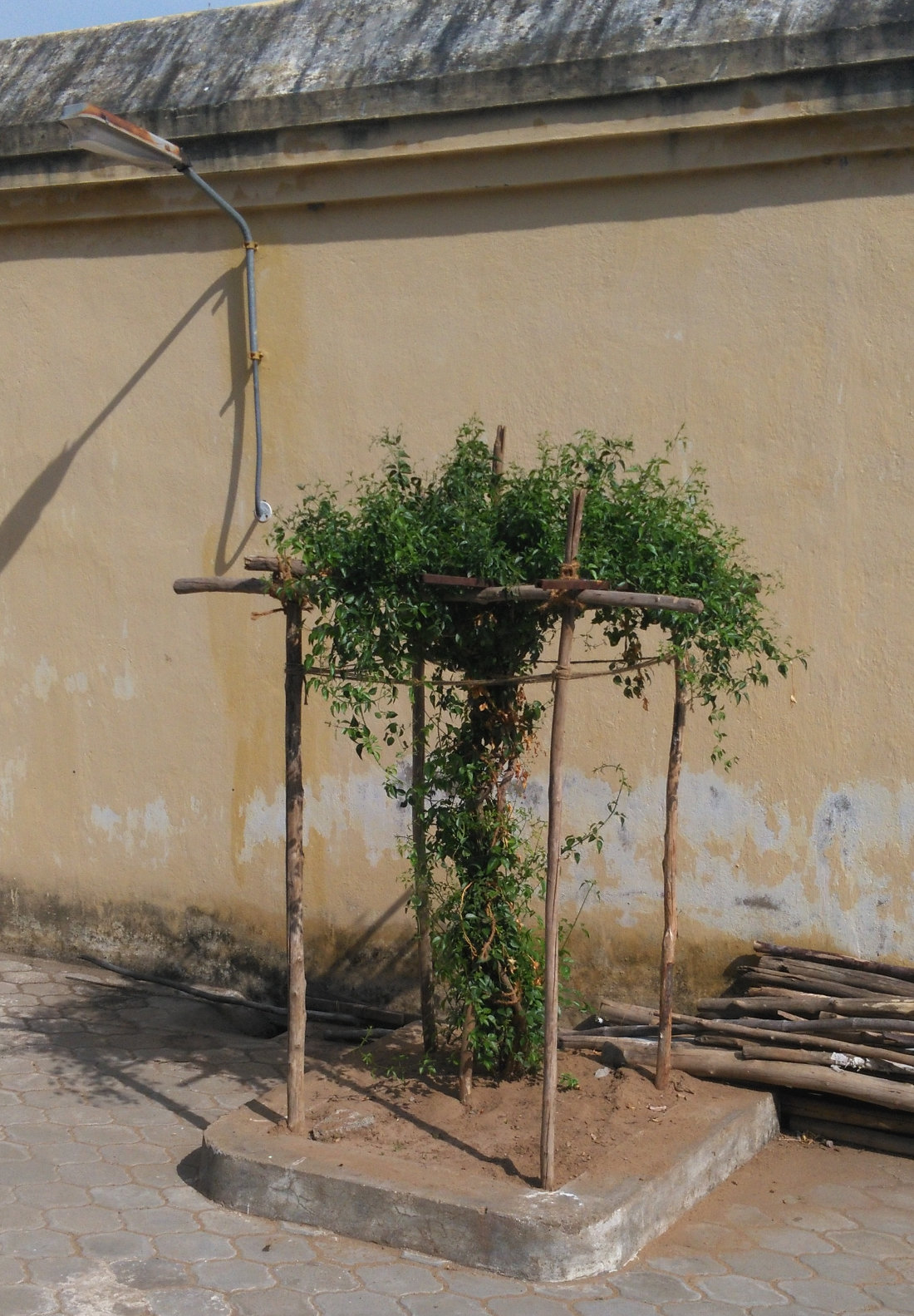 It is believed that there are 28 places where Lord Shiva emerged in the form of a Shivalingam. Apart from this place (Thittai), some of the other such places are Chidambaram, Thiruvannamalai, Thiruvarur, Thiruvaiyaru and Thirukkazhukkundram.

According to legend, during the great deluge (“pralayam”), when the entire universe was submerged, this place stood aloft like a sand dune (Thittai in Tamil). It is believed that Lord Shiva appeared at this place as a Swayambu Lingam. Hence this place gets the name Thenkudi Thittai (sand dune on the southern side).

According to Hindu mythology, Guru (“Viyazhan” in Tamil) is the seventh son of Sage Aankirasa. Guru became a very learned scholar and became the teacher (Guru) to the Devas. Under his stewardship, the Devas lived peacefully. Once when he had gone to visit Indira, Indira did not receive him as he was busy watching Urvasi’s dance. Angered by this slight, Guru abandoned the Devas and started living as a recluse. Without his guidance, the life of Devas became miserable and the demons started terrorising them. Realising his mistake, Indira searched for Guru in order to ask for his apology but he could not find him. Indira visited many Shiva temples and prayed to the lord to help him find Guru. When he visited this temple, Guru decided to appear before him and pardoned him.

The legend is that a Chola king named Jayan performed the maha yagna “Rudra Paasupatha” here, which is equal to performing 100 “Aswametha yagna”. This earned him the position of Indira.

The Goddess Ulakanayaki of this temple is also praised as Sugantha Kunthalambigai because she is believed to have given rebirth to the husband of a girl named Suganthi.

Other than the shrines of Lord Shiva and Goddess Parvathy, shrines and idols of Sidhi Vinayakar, Murugan with his consorts, 4 Shivalingams at four corners, Gajalakshmi, Mahalingam with Ambal, Navagraham and Bairavar can be seen in the corridors.

In the “koshtam” (place surrounding the sanctum sanctorum), idols of Narthana Ganapathy, Dakshinamurthy, Lingothbavar, Brahma and Durgai can be seen.

There is a separate shrine for Guru Bhagawan and he is worshiped as “Raja Guru”. 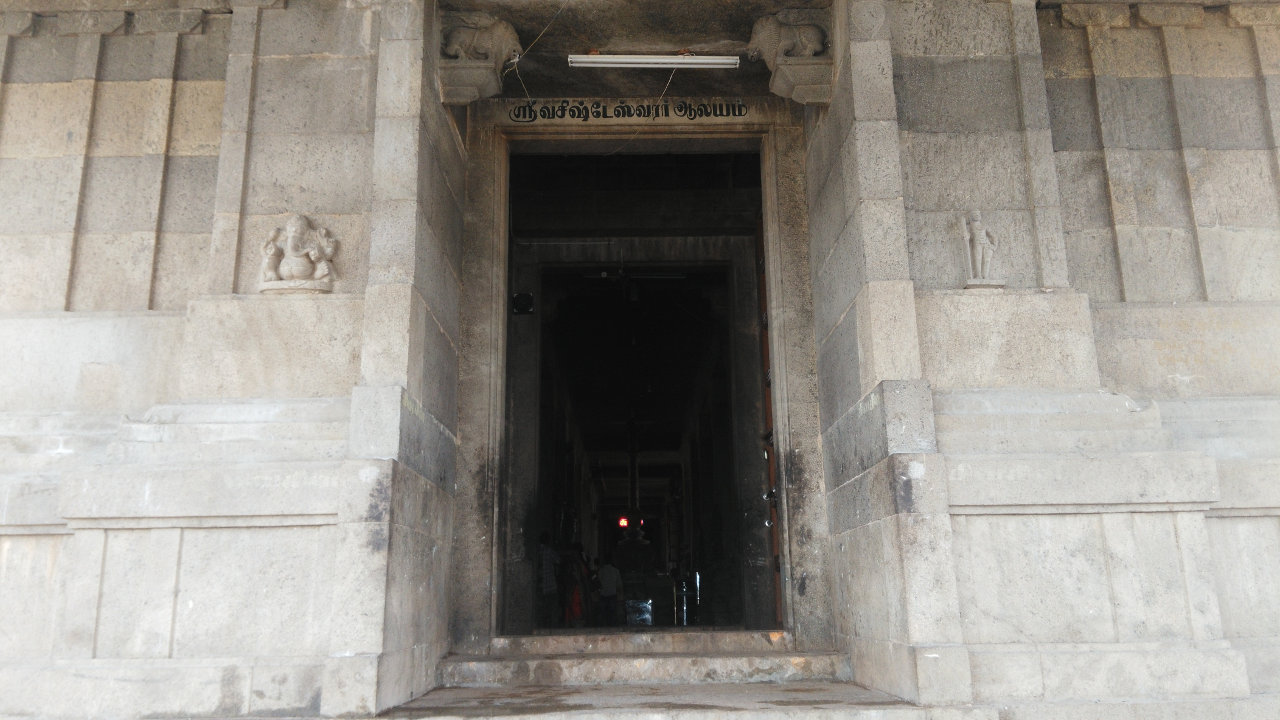 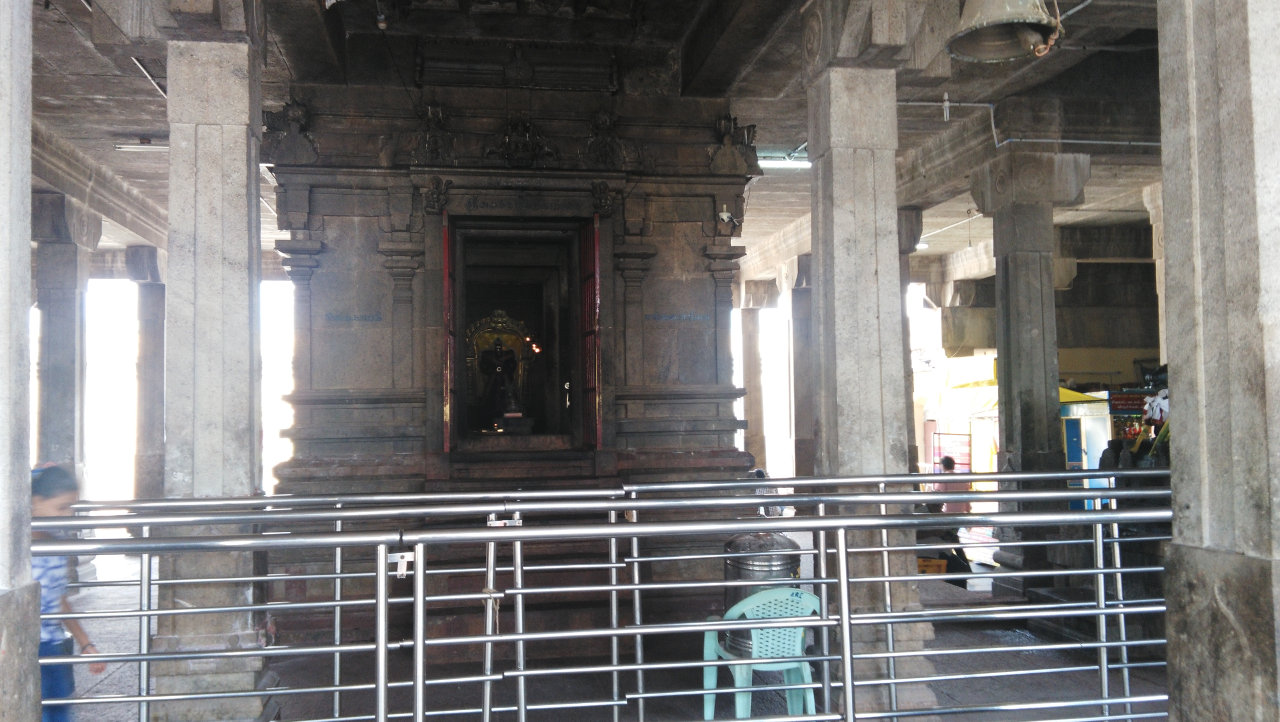 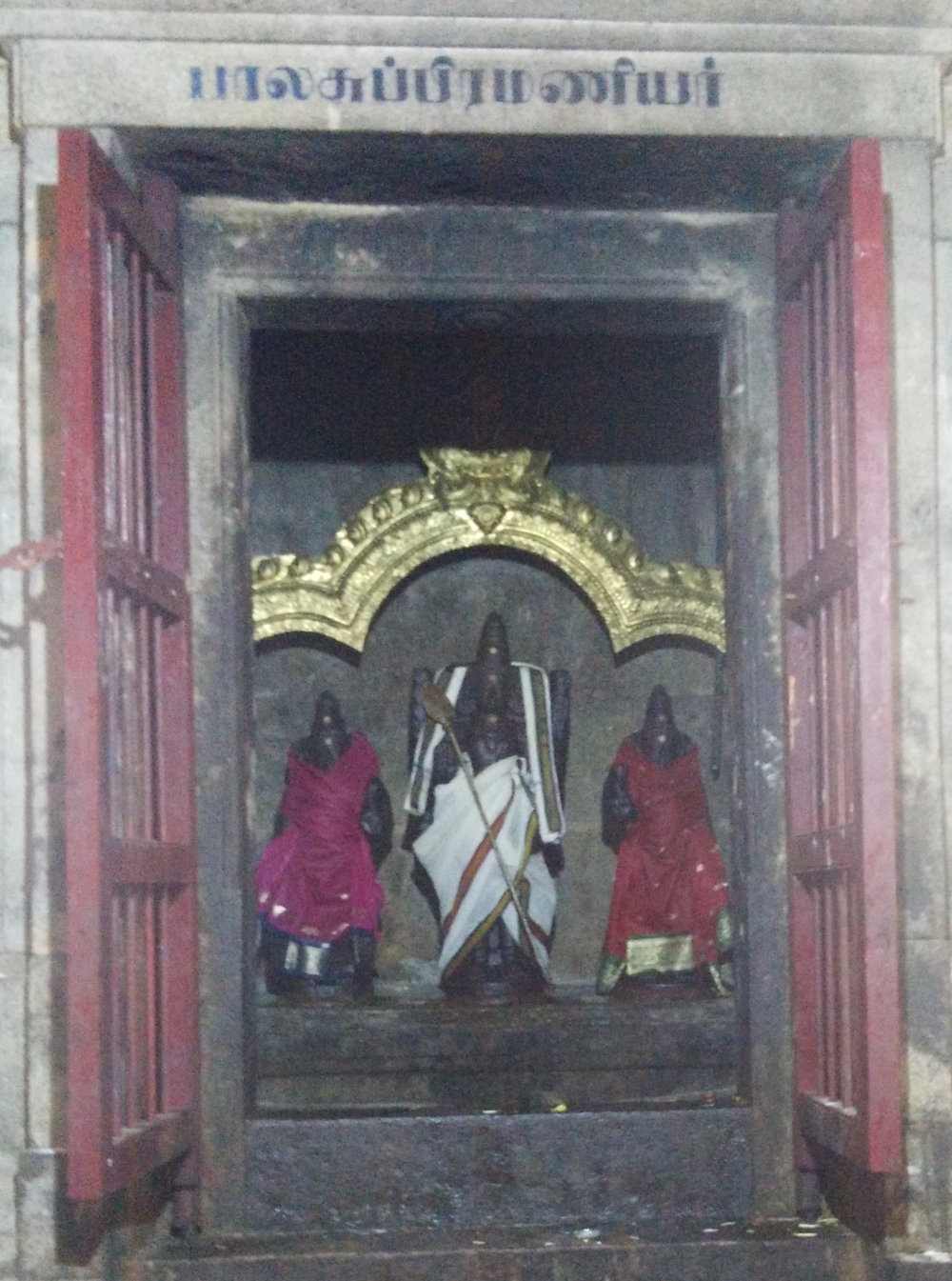 This is probably the only place in the world where Guru Bhagavan has a separate shrine with a separate Vimanam. This shrine is in between the shrines of Lord Shiva and Goddess Parvathy. Also, this is the only place where you can see Guru Bhagavan in a standing posture with 4 hands – two of them holding his weapon and books and the other two in the “Abhaya Hastam” posture. 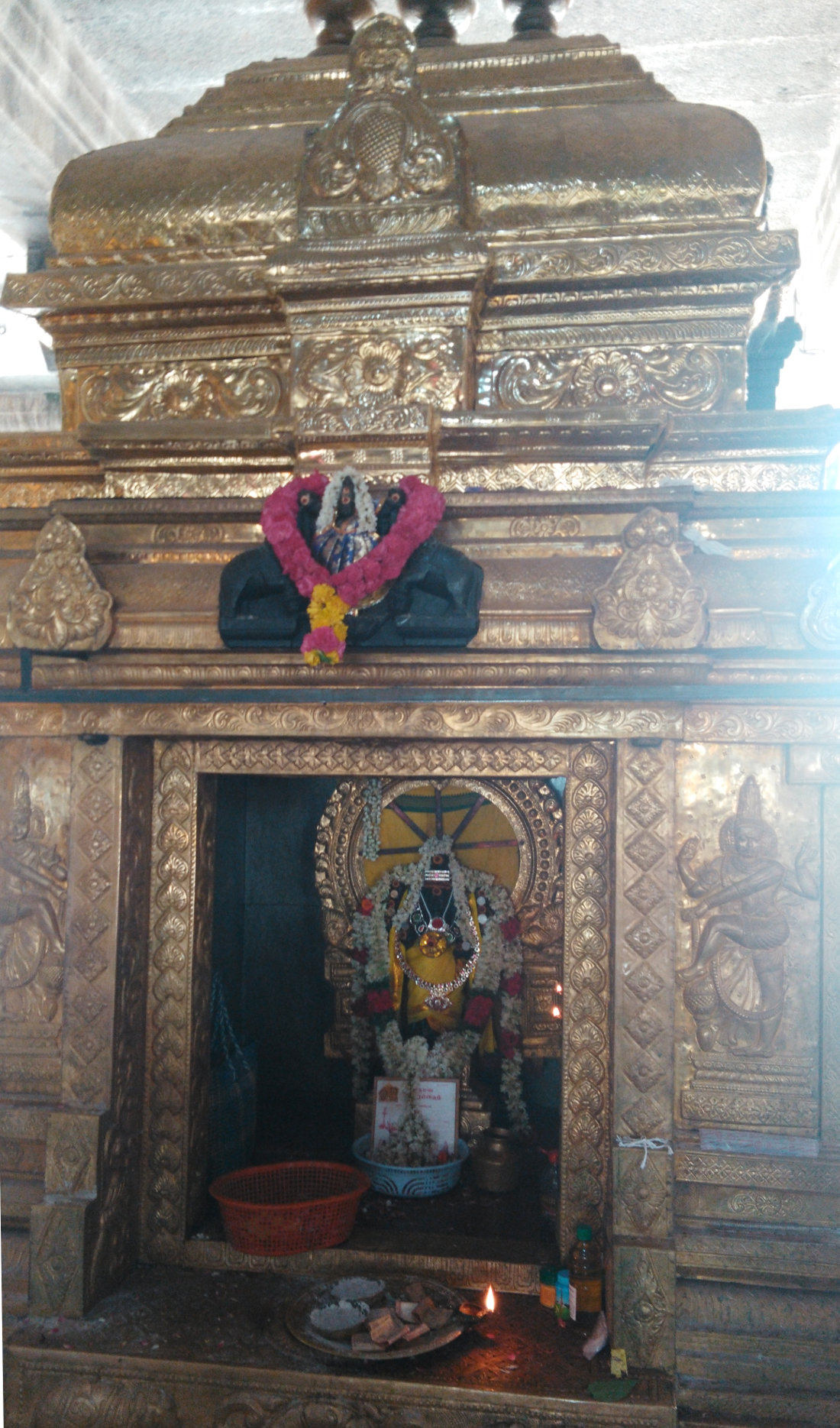 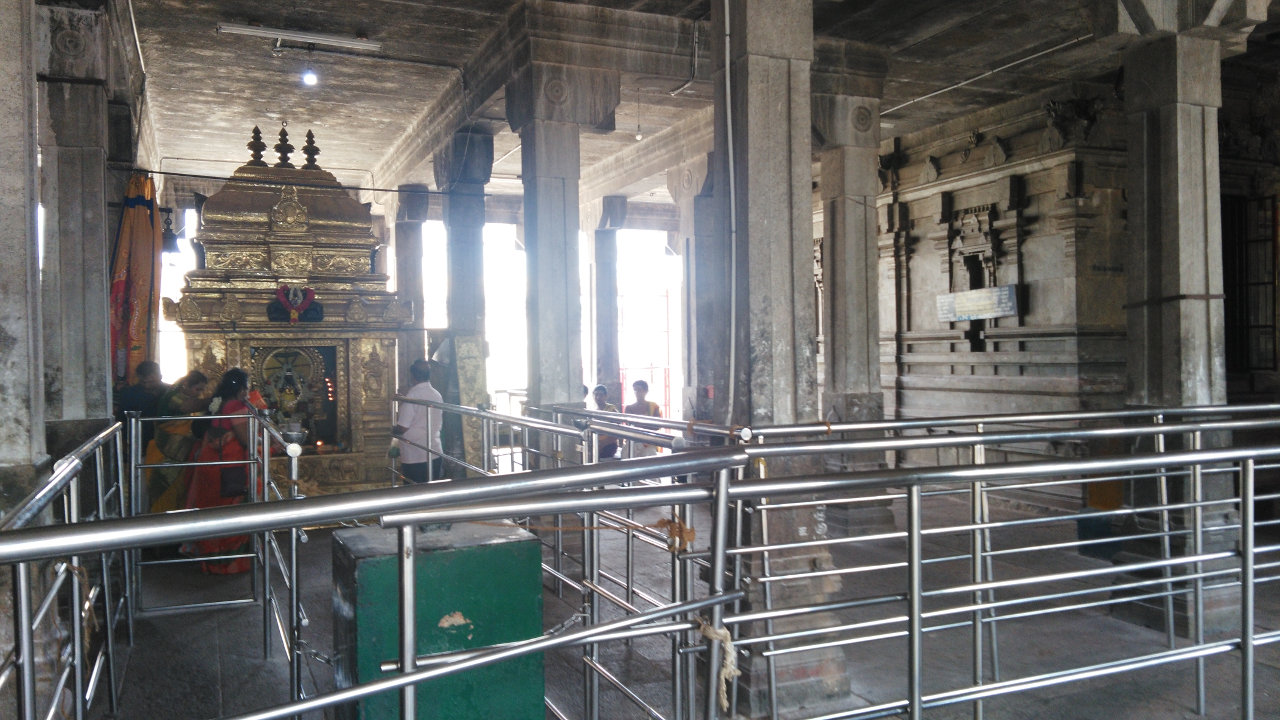 A unique feature of this temple is that a drop of water falls on the main deity, exactly every twenty-four minutes (1 Naazhigai in Tamil) from the roof. But for a small hole, there is no visible source of water on the tower (Vimanam) of the main deity. It is believed that two stones "Suryakaanthakkal" and "Chandrakaanthakkal" (precious stones) which are placed at strategic points above the tower is the reason for this miraculous phenomenon. These 2 stones absorb moisture from the atmosphere, convert it into a water droplet and perform a natural abhishekam of the lord. This is a clear testament to the advanced scientific and architectural knowledge that our country had possessed.

In front of the hall of Goddess Parvathy’s shrine, on the ceiling, 12 zodiac signs are carved beautifully in stone. It is believed that by standing under one’s respective zodiac sign and praying to the goddess, one’s wishes will be fulfilled. 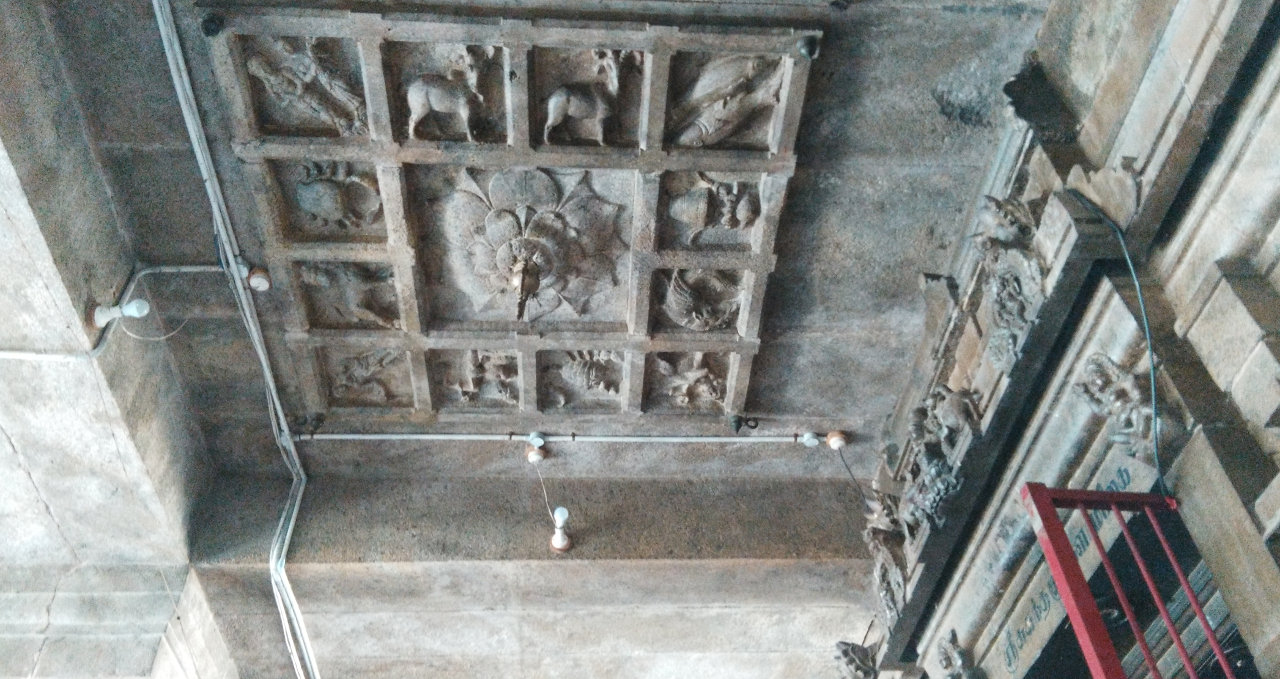 Thittai is one of the holy places, extolled by Saint Thirugnanasambanthar, who holds the sanctity of this place in high esteem.

There are many beautiful granite reliefs that are artistically carved in the pillars such as those of the Nalvars, Lord Shiva and Goddess Parvathy seated on the bull mount, lord Vinayakar, lord Murugan, etc.

Another significance of this temple is that the entire temple is constructed using granite - from foundation to the tower.

Devotees can get relief from the adverse effects of planet Jupiter by praying to the lord here.

Students pray to the lord here for attaining excellence in their studies.

As Guru was elevated to Navagraham in this place, devotees believe that worshiping Lord Shiva here will yield promotion in their work.

It is believed that those seeking “santhana prapthi” (child boon) can pray to the lord here. Devotees can also pray for removal of obstacles from their marriage proposals.

Chitra Pournami in the Tamil month of Chithirai (Apr-May),

The annual Brahmotsavam and the festival commemorating Vasishtar’s marriage with Arundhathi are celebrated in the Tamil month of Vaikasi (May-June).

Guru transition day is celebrated here in a grand manner.

Surya Puja is performed during the time when Sun worship the lord here. 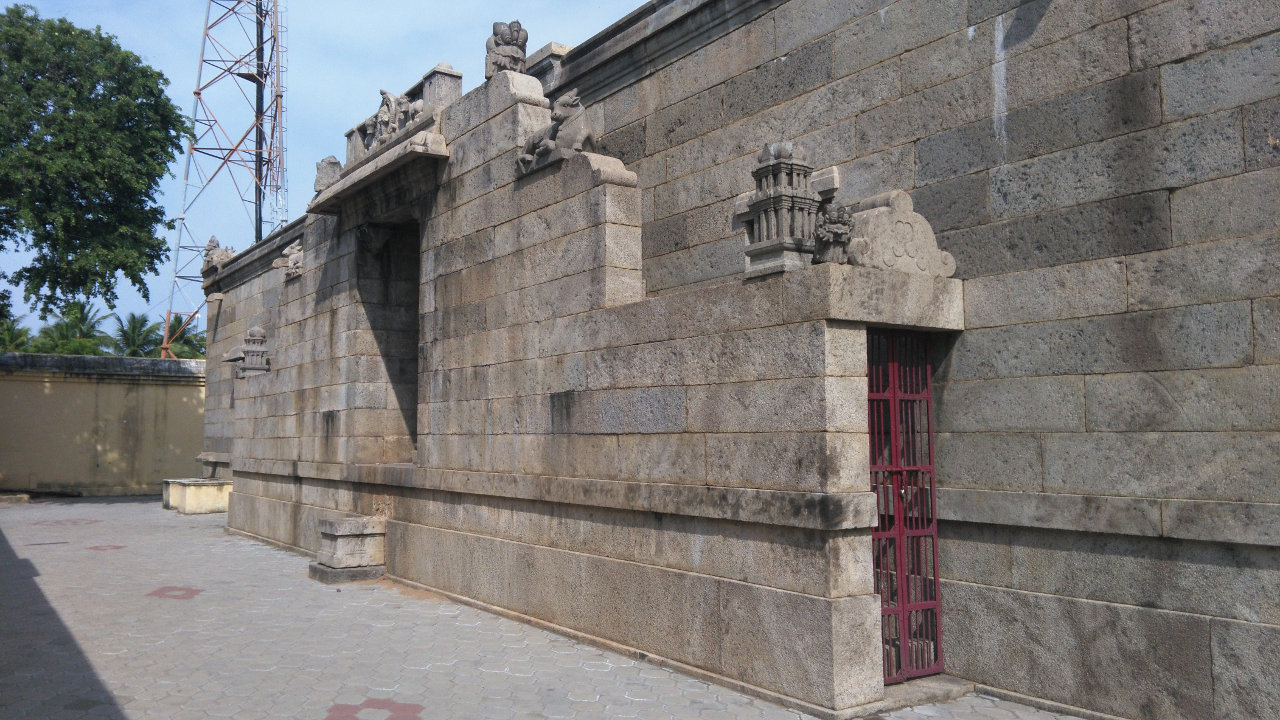 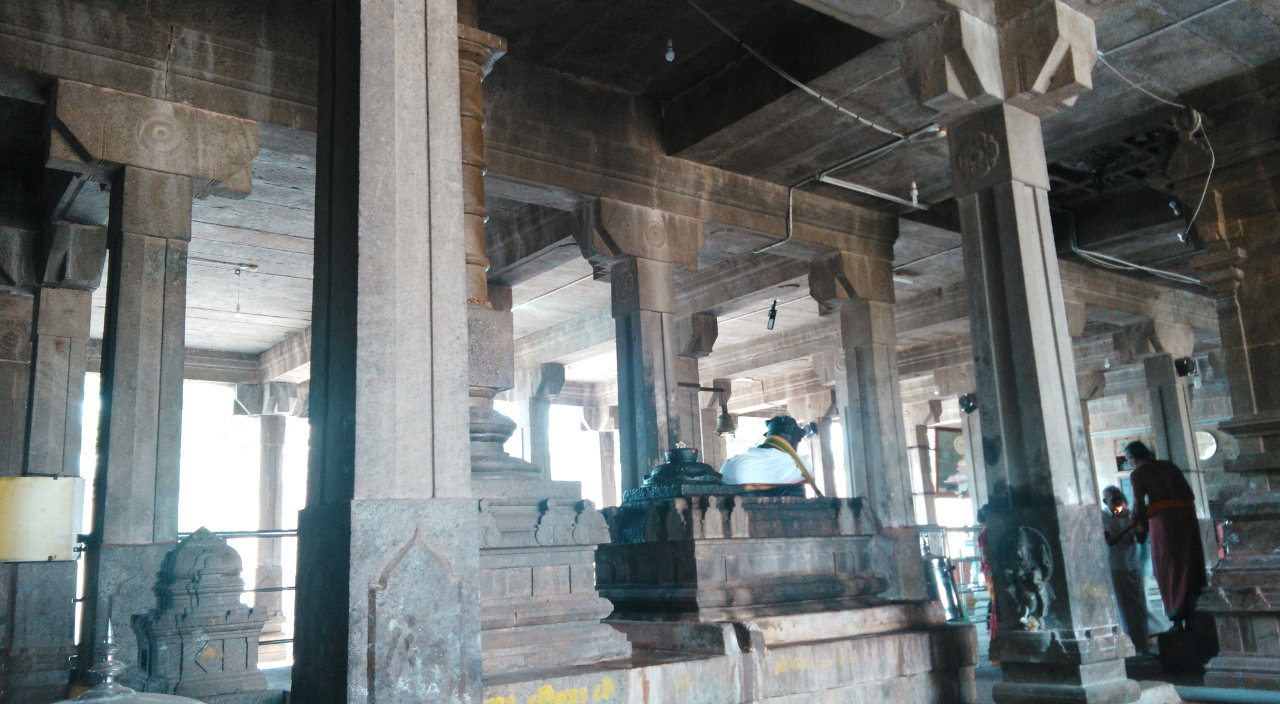 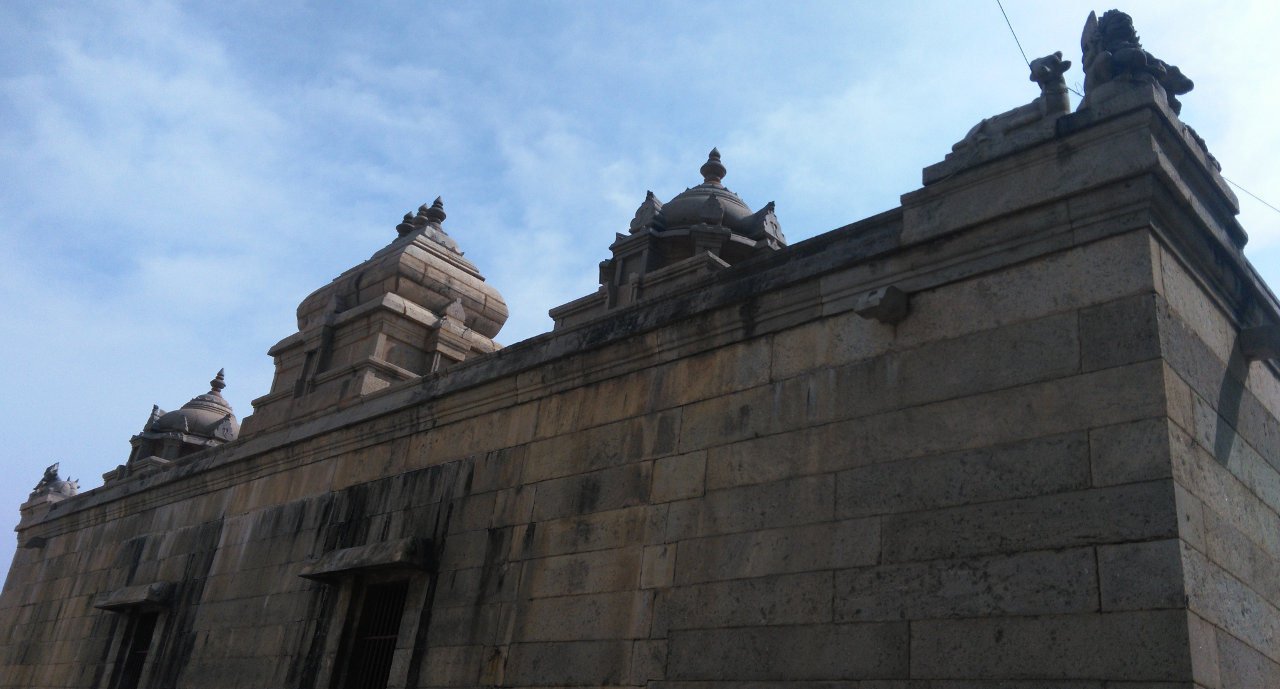 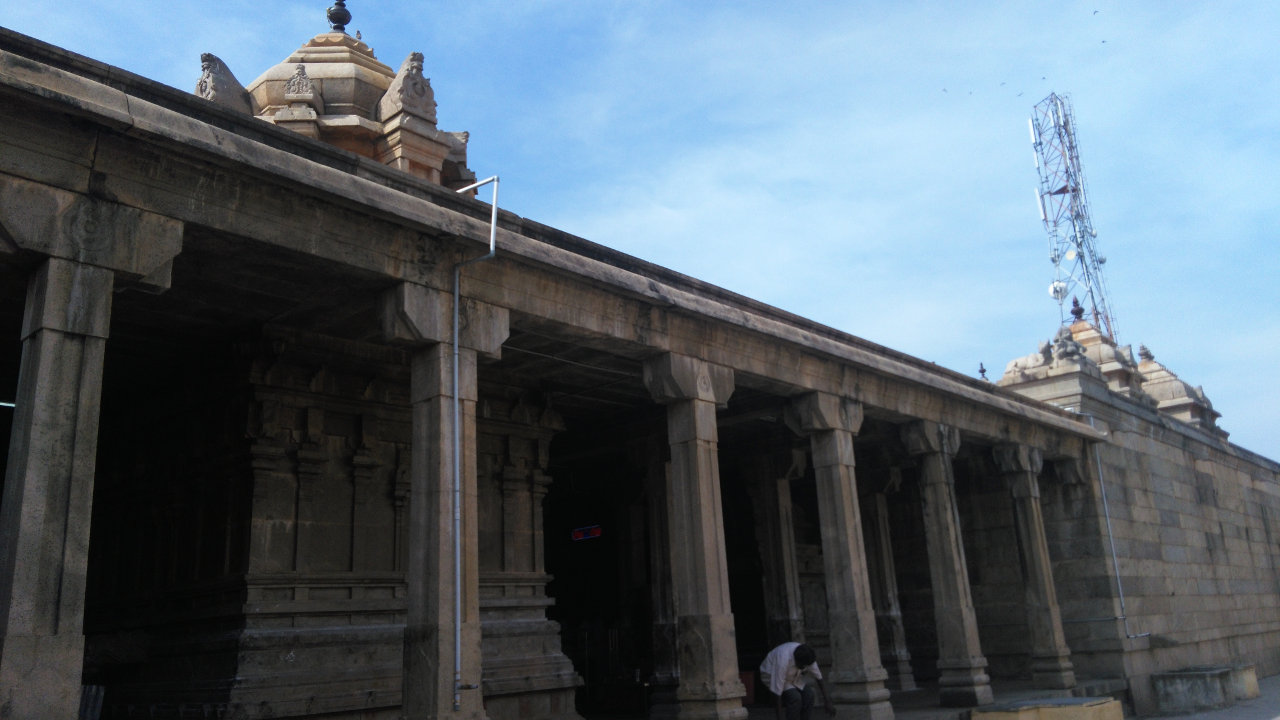