Thirunallam (Konerirajapuram) is situated at a distance of about 14 kms from Kumbakonam on the Kumbakonam to Karaikkal route. After crossing Thiruneelakkudi and S.Pudur, take the diversion road to Vadamattam and proceed further for about 4 kms to reach this temple.

The historical name of this place is Thiru Nallam. It is believed that this place got submerged and later excavated. Queen Sembian Mahadevi, wife of Chola King Kandarathithan (Grandmother of king Raja Raja Chola), replaced the old brick temple with granite and enlarged it.

There are some stone inscriptions in this temple which date back to the periods of Chola King Kandarathithan, his wife Sembian Mahadevi and their son Uthama Chola. Some of the inscriptions also bear mention of kings Rajarajan, Rajendran, Rajathirajan-I, Rajendran-II, Kulothungan I and III and Rajarajan-III. From these inscriptions it is evident that this temple was maintained by Chola kings for almost two and a half centuries. 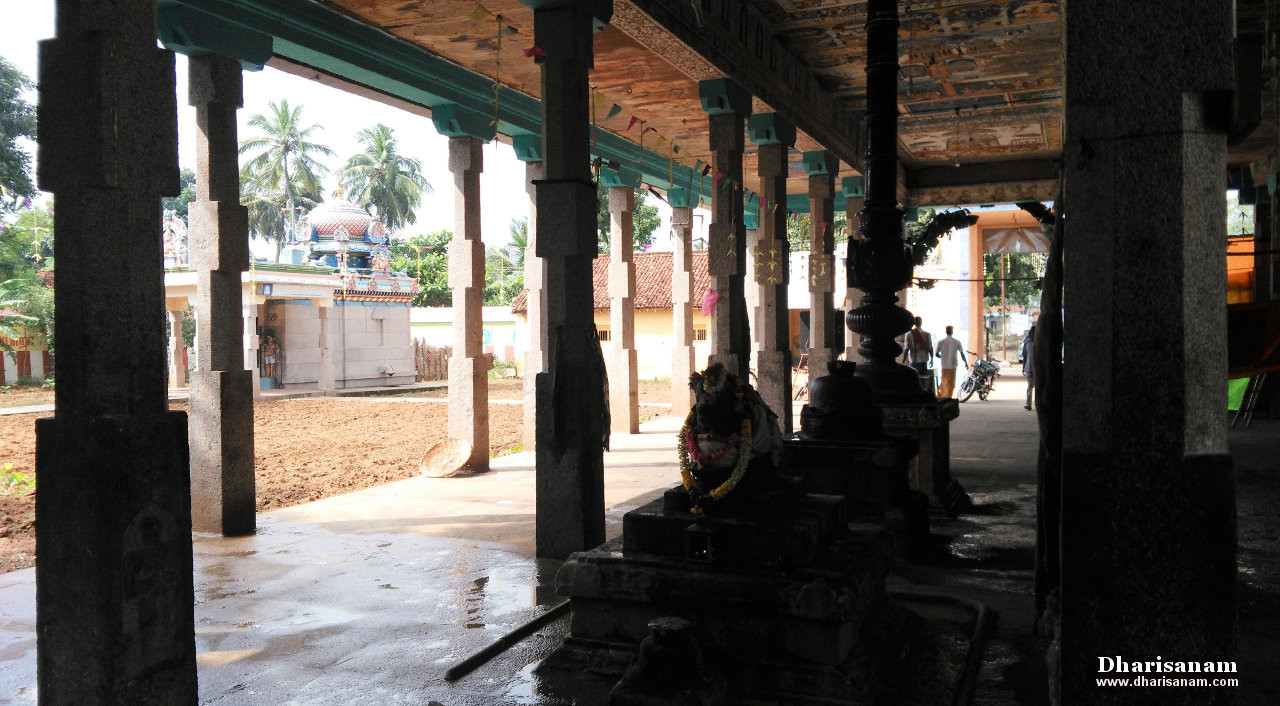 According to legend, King Varaguna Pandya wanted to create a huge life-size Natarajar idol and ordered to his sculptor (“Sthapathi” in Tamil) to prepare it in metal. Despite his continuous efforts, the sculptor was unable to make an idol taller than 3 feet. The king gave him some more time to work on the idol but warned him that if he did not accomplish his task before the deadline, his head would be chopped off. As the deadline approached, the worried and frantic sculptor prayed to Lord Shiva for help. Lord Shiva and Goddess Parvathi came to his house in the form of an elderly couple and asked for little water to drink. The sculptor was engrossed in his work and out of frustration, he told them to drink the molten metal (“pancha lokam” – an amalgamation of five different metals). Both Lord Shiva and Goddess Parvathy drank it and they instantly turned into a beautiful statue of Natarajar and Sivakami. This idol of Natarajar with Goddess Parvathi is about 7 feet high. It was then that the sculptor realized that the aged couple had been none other than Lord Shiva and Goddess Parvathy.

On hearing about this incident, the king visited the sculptor’s place but he refused to believe the story. He hit the idol with his sword and to his astonishment, the idol started bleeding. The king surrendered to the lord and asked for forgiveness. The idol still bears the mark of the king’s sword. Another interesting thing to note about it is its life-like appearances – fingernails, a mole in the body and fingerprints in the hands. 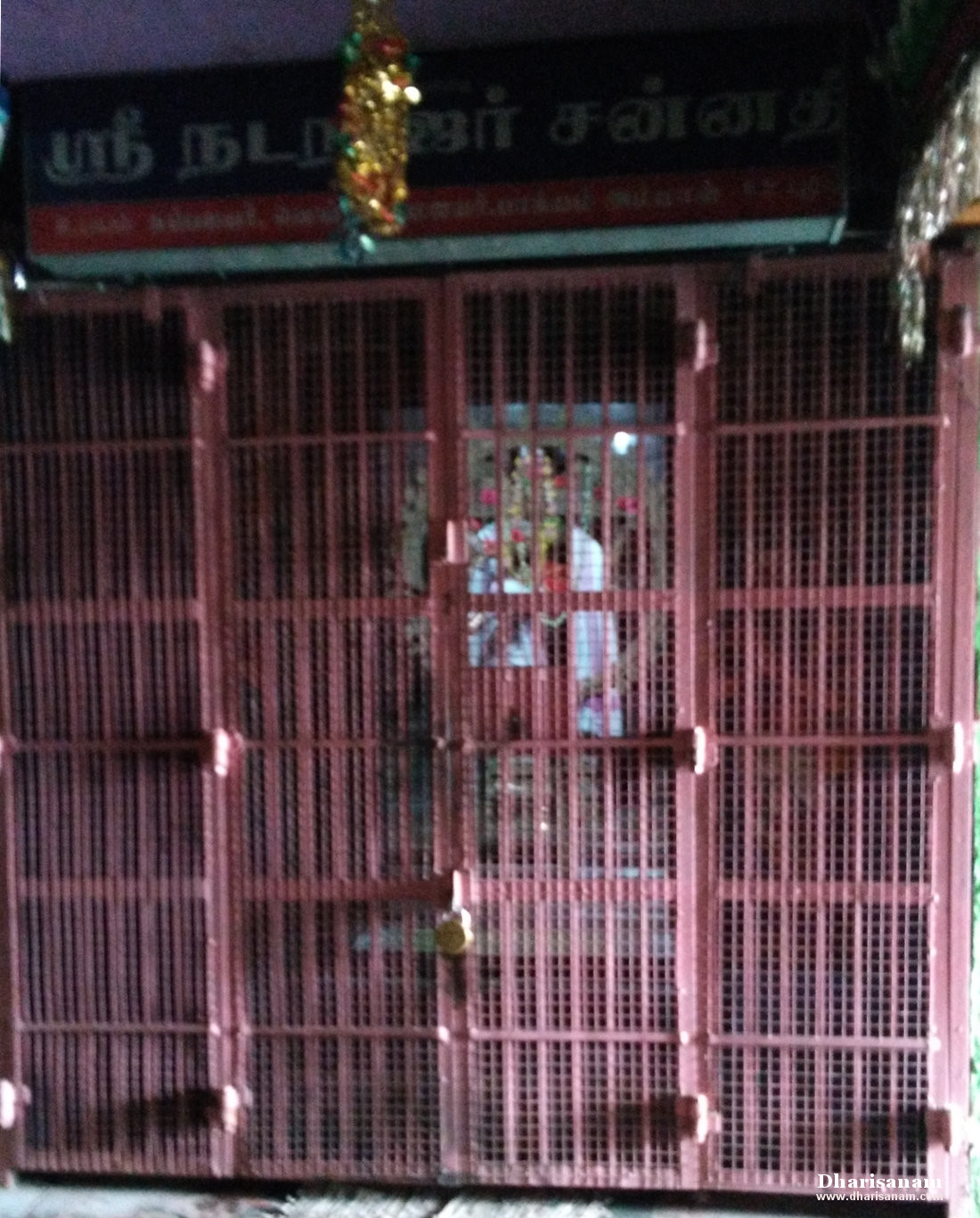 As per the Sthala Puranam, this temple was originally constructed by Goddess Bhooma Devi on the advice of Lord Mahavishnu. Hence, this place also gets the name “Bhoomicharam” and the lord is praised as Sri Bhoomi Nathar.

Another Sthala Puranam mentions the story of King Pururavas. The king visited a number of Shiva temples seeking a cure for his leprosy. Finally, he reached this temple and worshiped Lord Shiva. Lord Shiva advised him to worship Lord Vaidyanatha Swami - another Swayambu lingam in this temple. The king performed poojas to this lord and was cured of his illness. As a gesture of gratitude, he constructed the Vimanam with gold covering and arranged the festival of Brahmotsavam during Vaikasi Visakam.

It is believed that Nandhi (the bull mount of Lord Shiva), 16 Siddhars and the deities of the 8 directions (Ashta thik Balakas) have worshiped the lord here.

It is believed that Lord Shiva granted his wedding darshan to Sage Agasthiyar here.

Before their journey to Thirunallar, Nala and Damayanthi worshipped Saneeswarar in this temple to seek his blessings.

It is believed that after being kicked by Lord Shiva in Thirukadaiyur, Yama (the God of Death) came to this place, worshiped Goddess Durgai here to recover from his shock.

Other than the shrines of Lord Shiva and Goddess Parvathy, shrines and idols of Vinayakar, Murugan with his consorts, Mahalakshmi, Nalvar, Brahmalingam, Agasthiya Lingam and the lingam worshiped by the Navagraham can be seen in the corridors and the main hall. Also, in the main hall are the idols of Vinayakar (six), Saneeswarar, Bairavar, Durgai and Suryan. In the Navagraham, all other planets are facing Suryan.

There are separate shrines for Goddess Parvathy, Vinayakar, Murugan with his consorts and Sri Vaithiyanathar in the corridor. 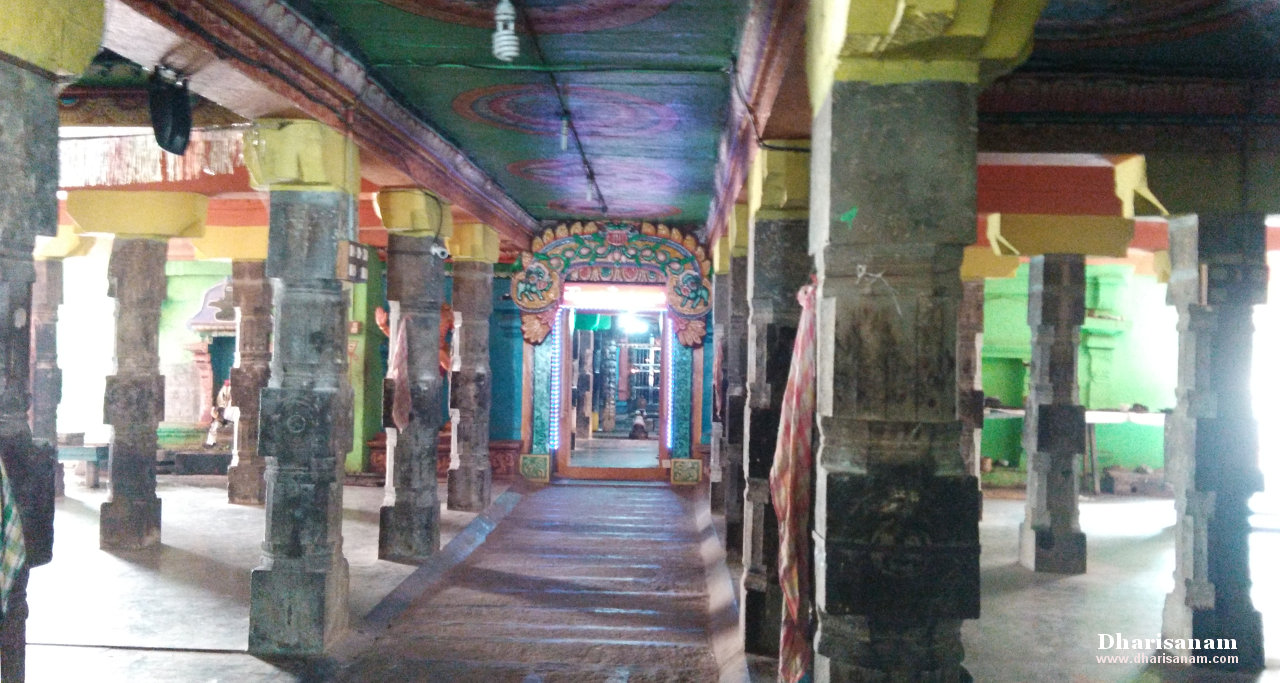 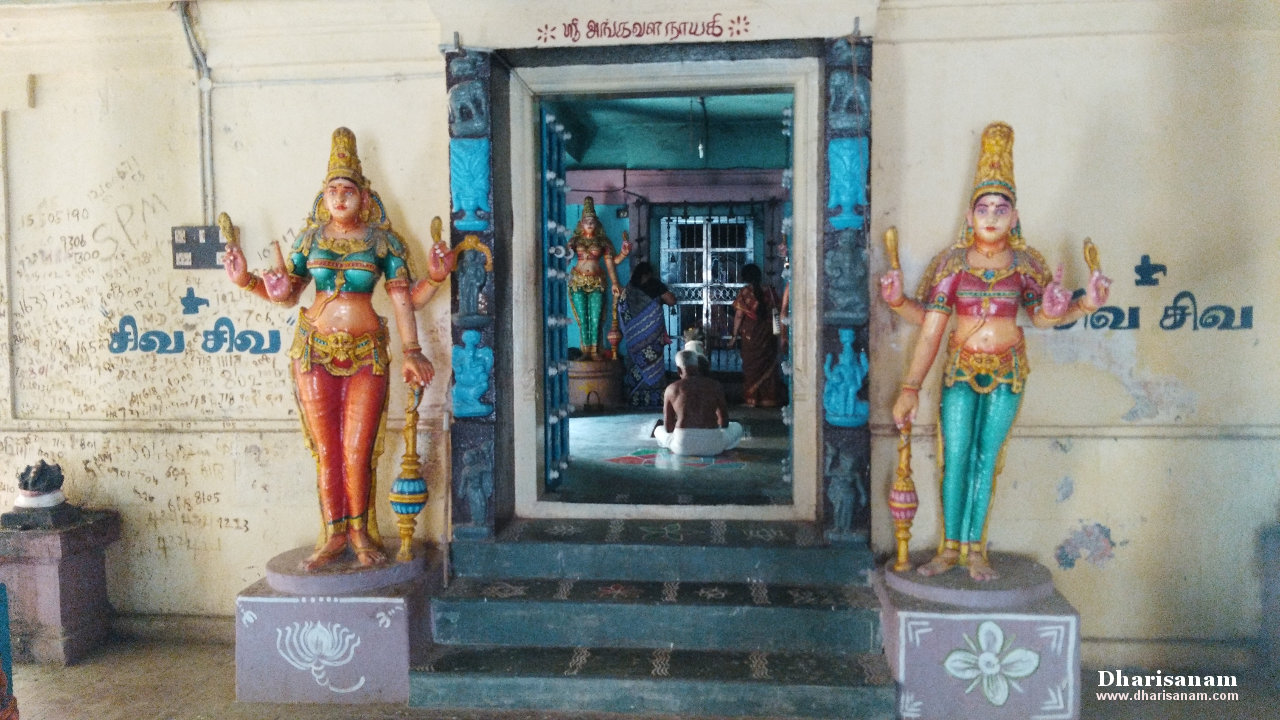 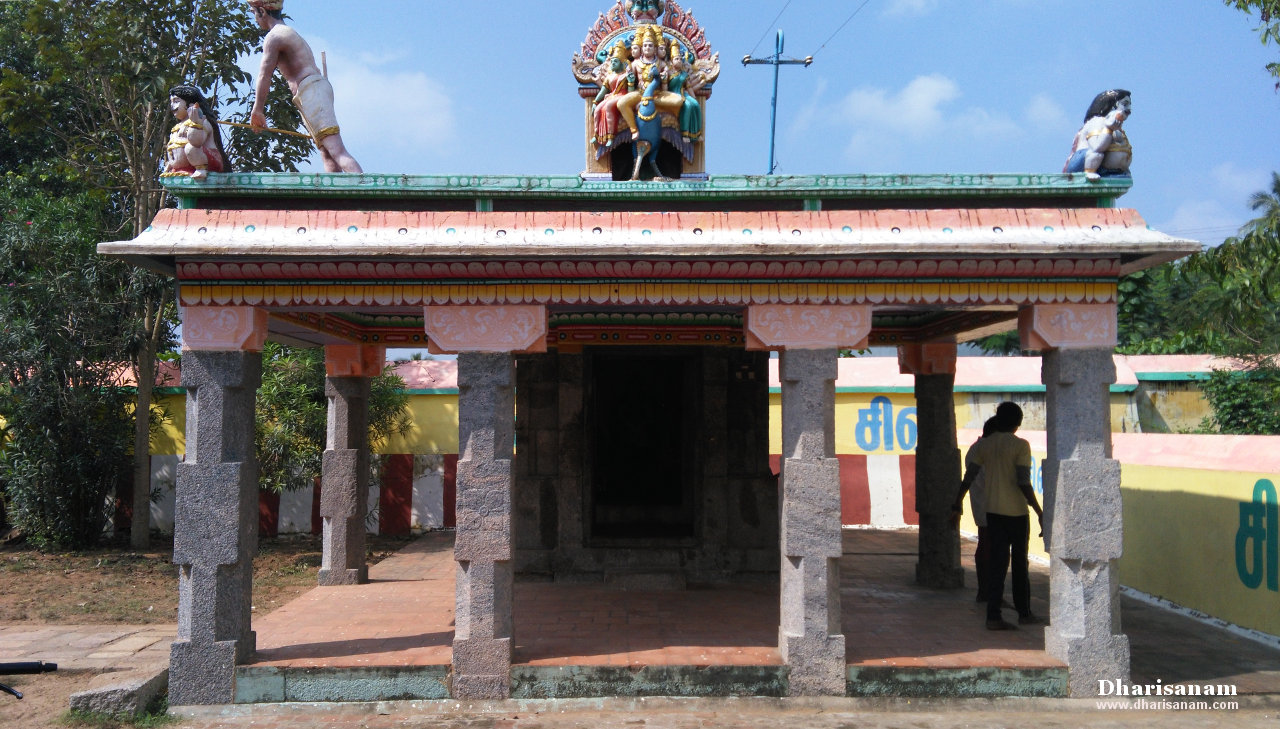 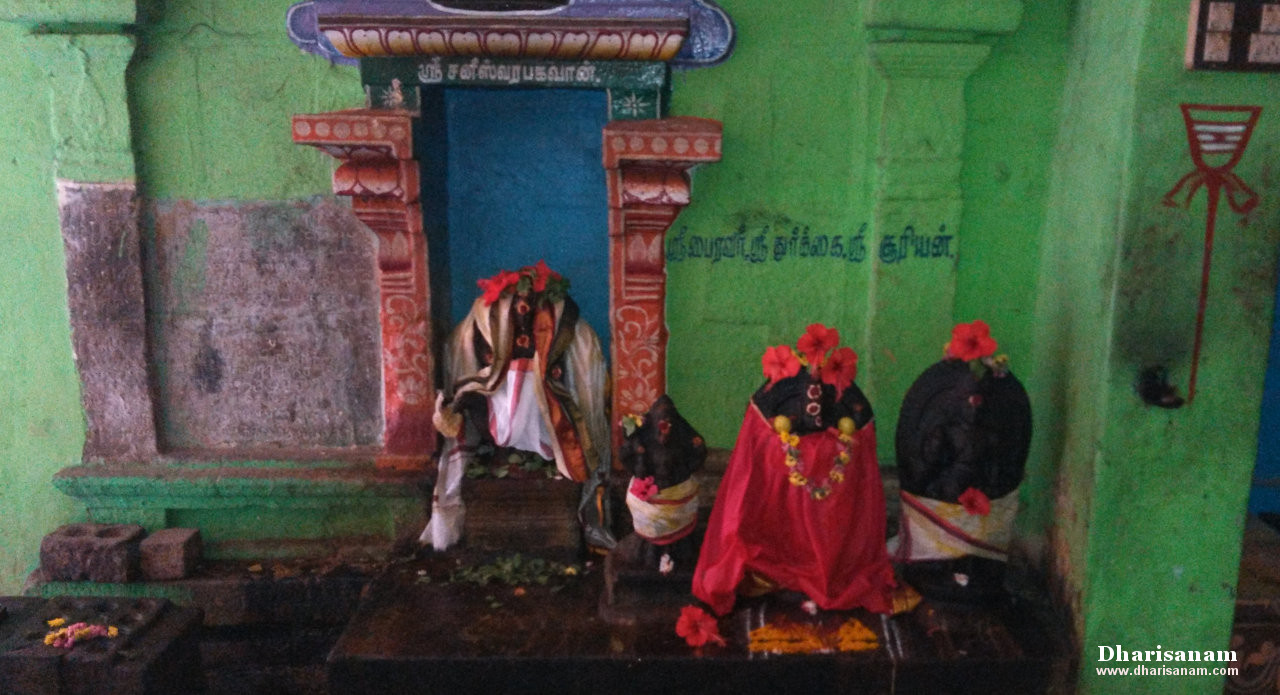 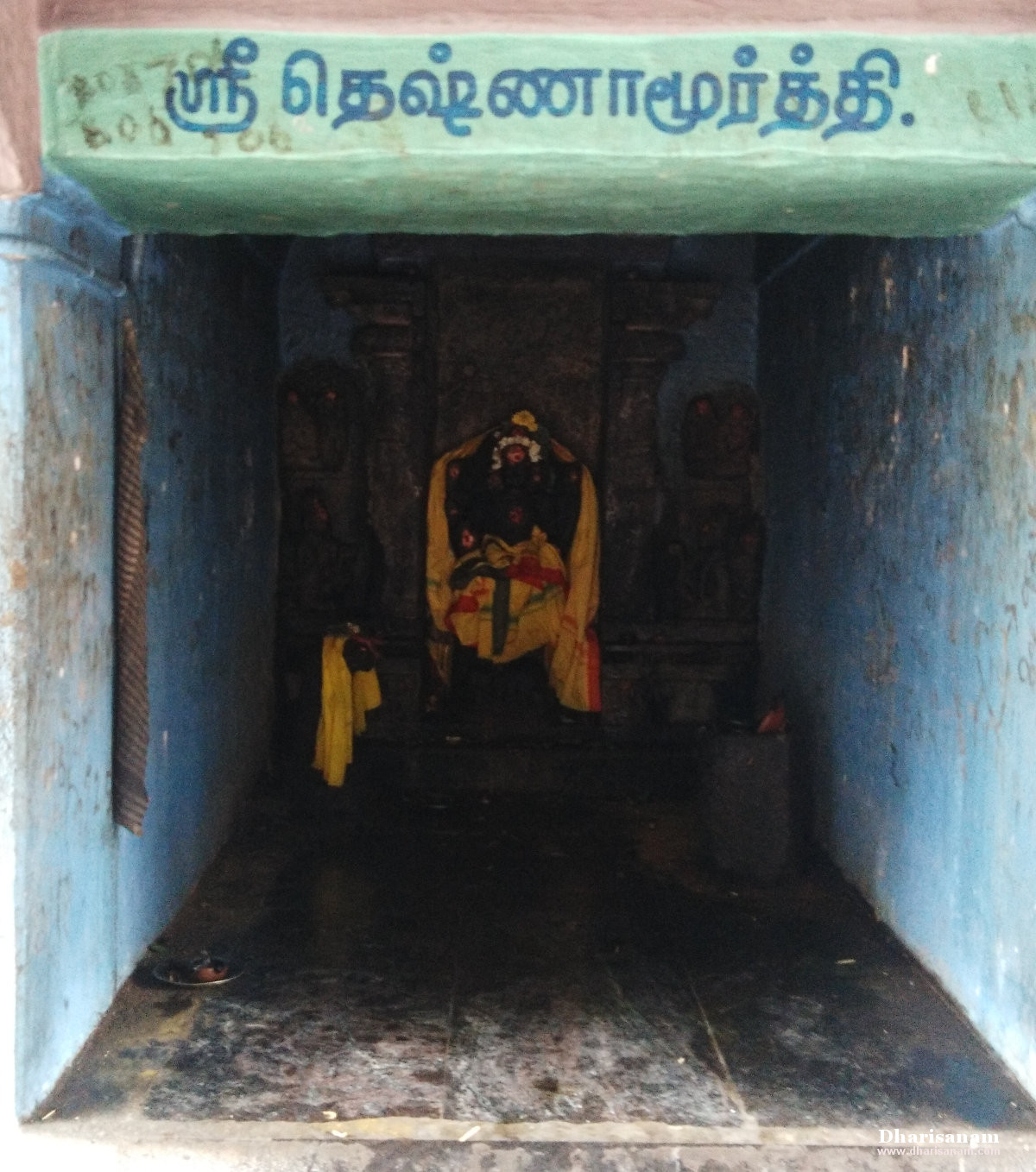 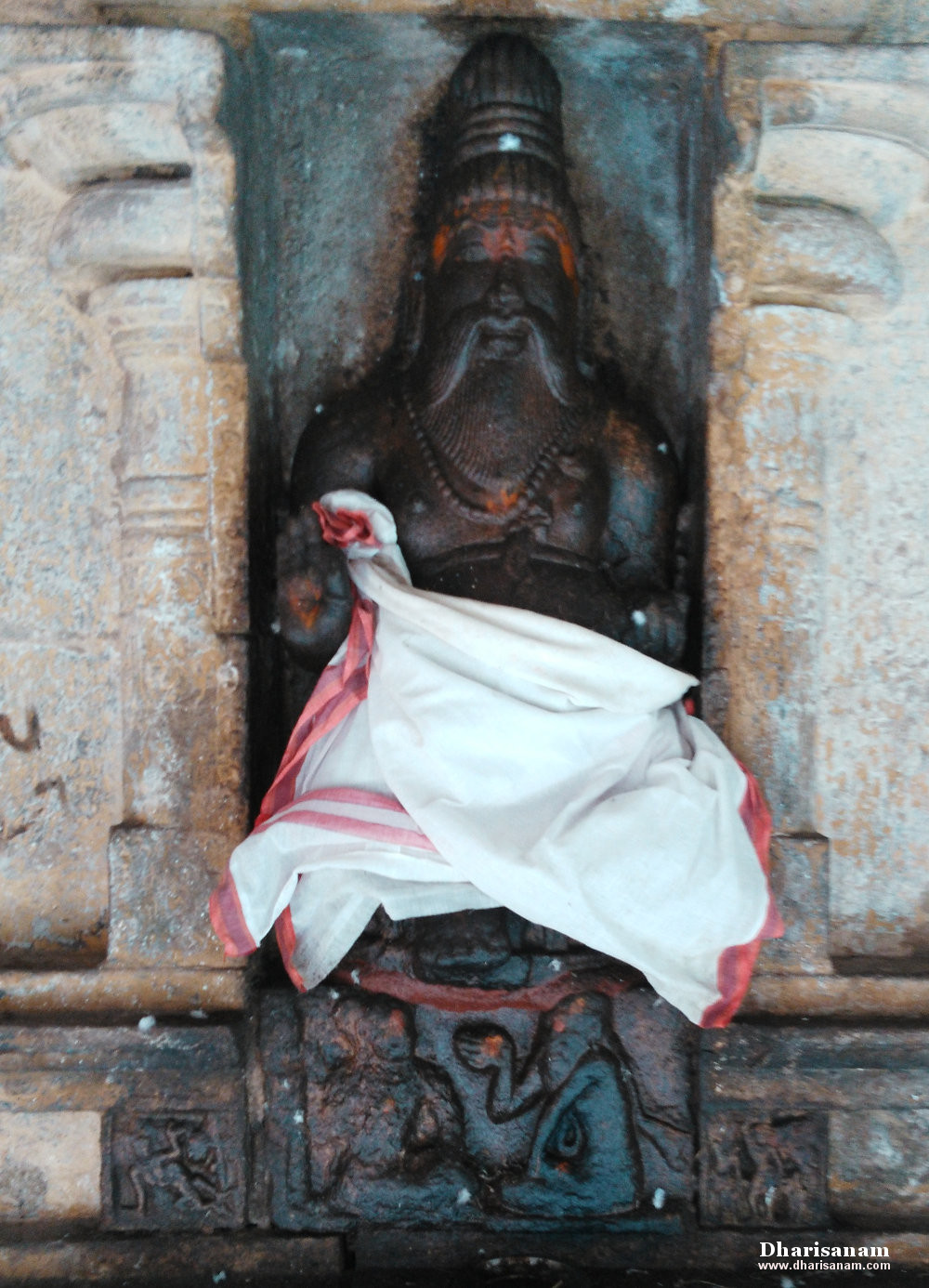 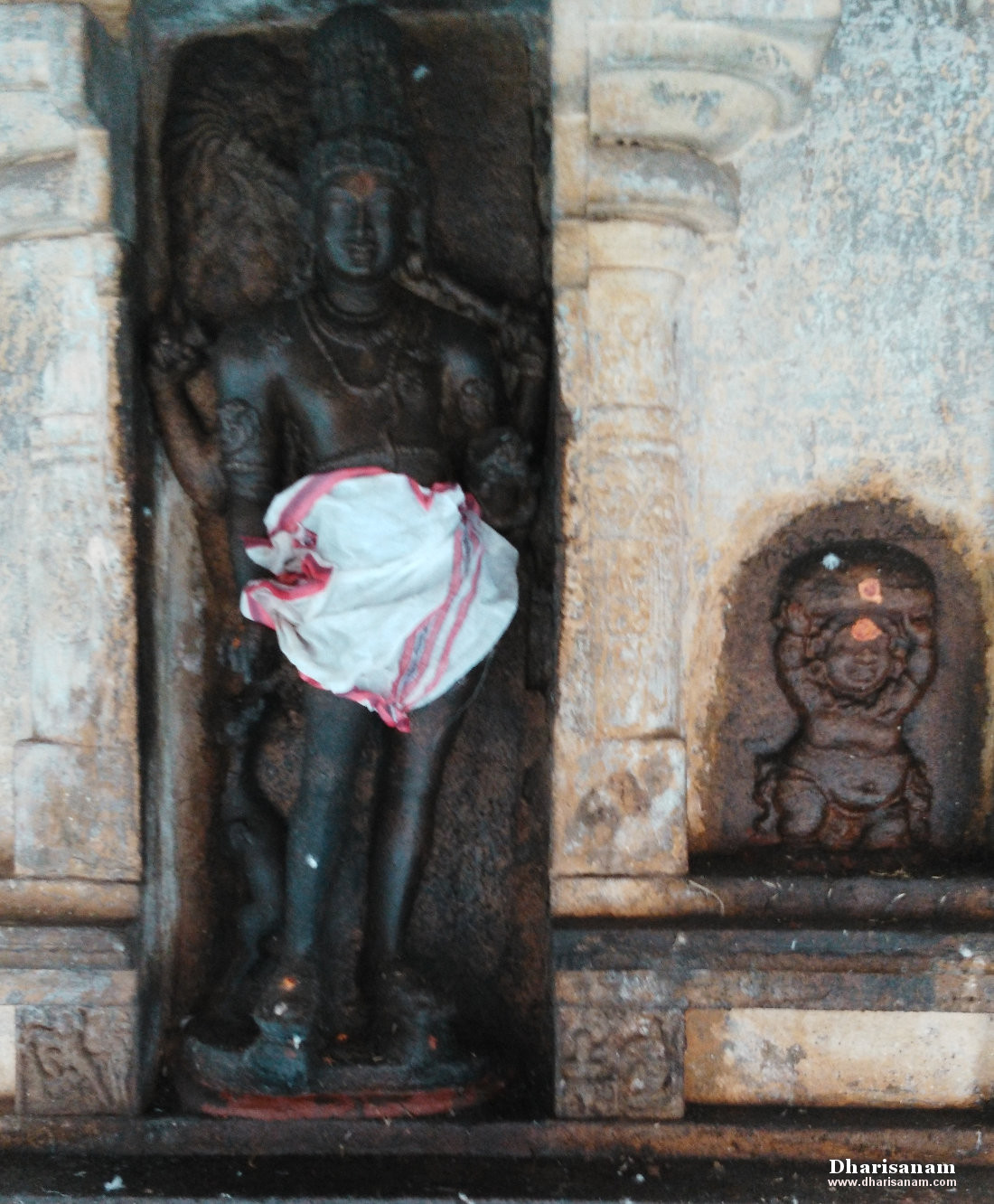 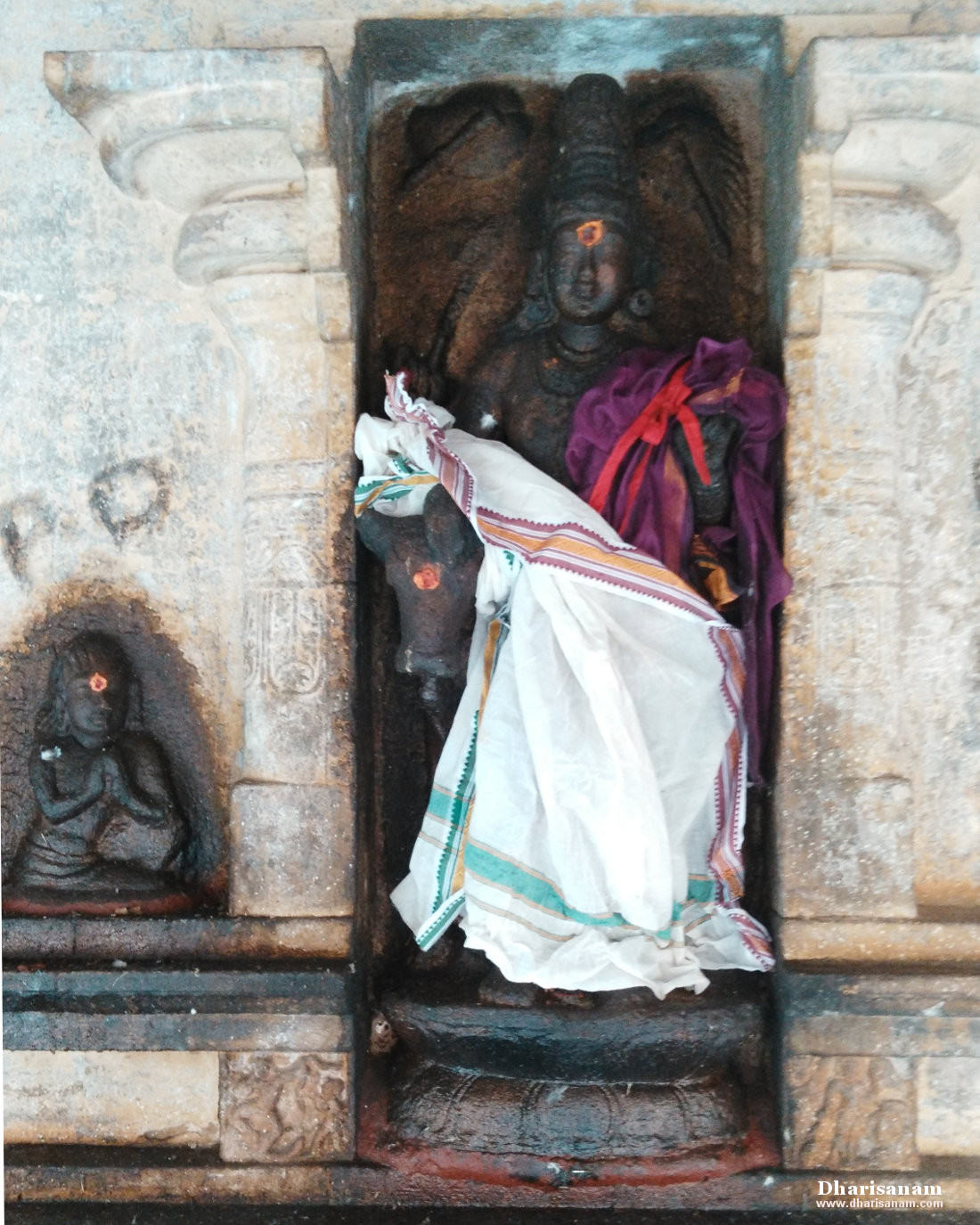 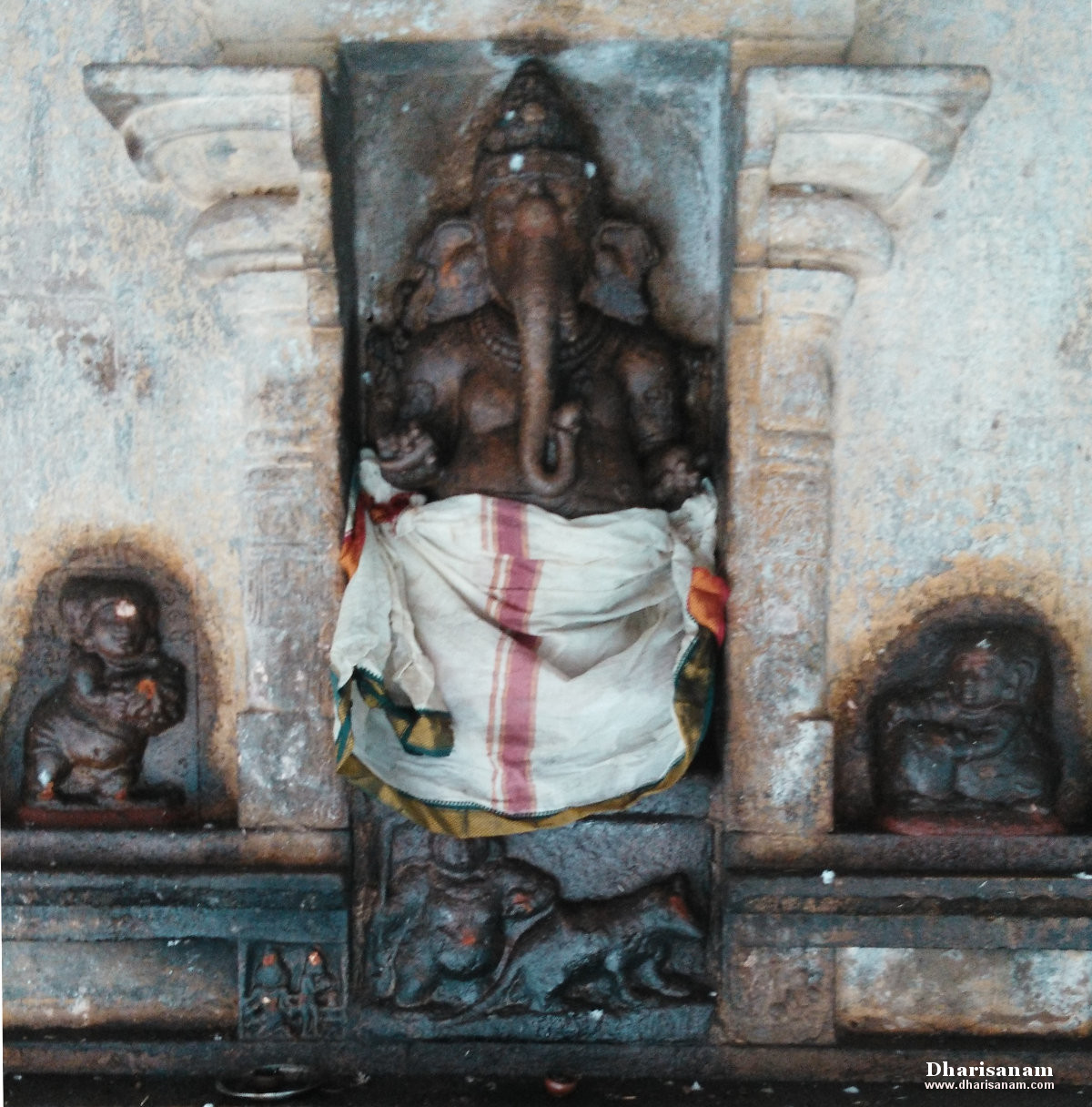 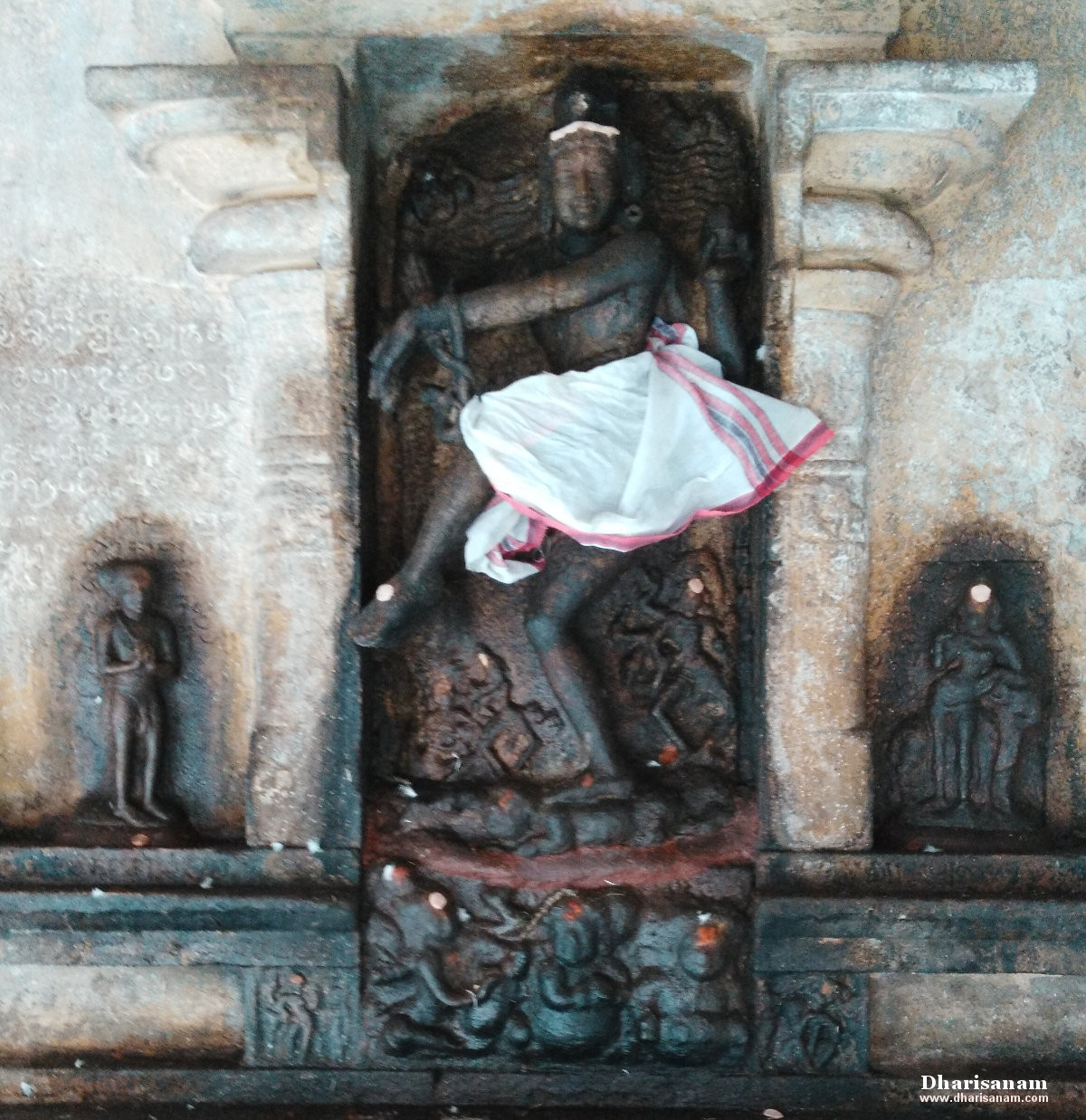 Near the Sanctum, there is a separate shrine for Sri Kalyanasundarar and Goddess Parvathy in their wedding posture. An idol of Lord Mahavishnu is also present with them. The idol depicts him as participating in the marriage ceremony and handing over Goddess Parvathy to Lord Shiva.

It is believed that this place is considered to be equivalent to Mount Kailash and the holy water here is as auspicious as the Ganges.

Saint Thirunavukkarasar (Appar) mentioned that only those having the blessings from their previous births (“poorva janma punyam”) will have the good fortune of visiting this temple.

There are six idols of Lord Vinayakar in a single shrine. 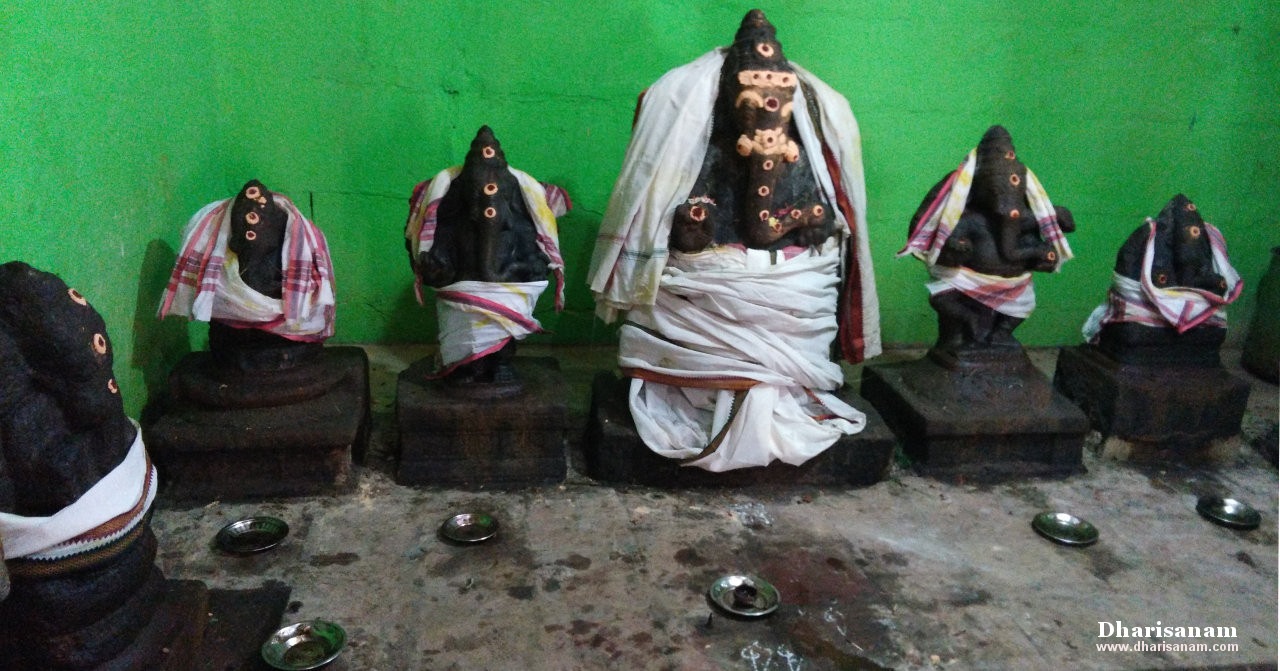 There are also three idols of Chandikeswarar in this temple.

Devotees believe that worshiping the lord here during Pradosham would bring manifold benefits. 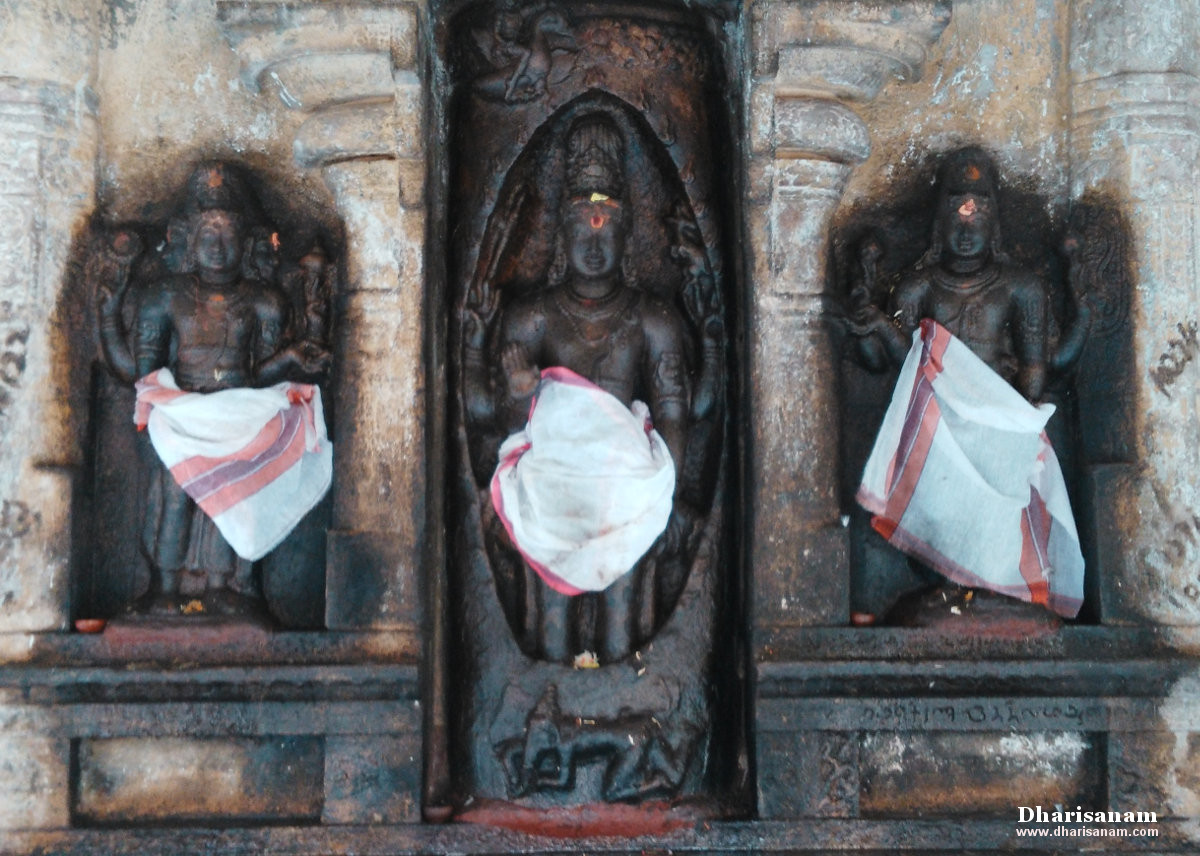 There is a beautiful relief on a wall in the corridor that depicts the Chola queen Sembian Maadevi worshiping Lord Shiva. Below this relief, there is a stone inscription. According to this inscription, the queen built this temple in memory of her husband, king Kandarathithan. This king was a staunch devotee of Lord Shiva and his devotional songs are known as “Thillai Thiruppathigam”. These songs are a part of the “Thiruvisaippa”.

There is a separate shrine for Lord Thiripura Samhara Murthy. It is believed that this lord burnt the three demons and their forts simply with his laughter. People pray here on Ashtami of new moon fortnight (eighth day from the full moon day) to conquer fear of death and to seek relief from the trouble caused by their enemies.

There are three important sthalams where the sacred tree (sthala viruksham) is peepal tree – they are Banaras (Kasi), Thiruvavaduthurai and this place.

This is a “Parihara Sthalam” for doshas related to marriage and child birth. Those facing delays in their marriage or those seeking child boon (“Santhana Prapthi”) can pray to the lord here.

Devotees believe that by worshiping Lord Vaithiyanathaswamy here, they will be cured of various diseases.

Students believe that worshiping the lord here will yield them good results.

Two Brahmotsavams are celebrated in this temple – “Vaikasi Visakam” in May-June and “Margazhi Thiruvadhirai” in December-January. 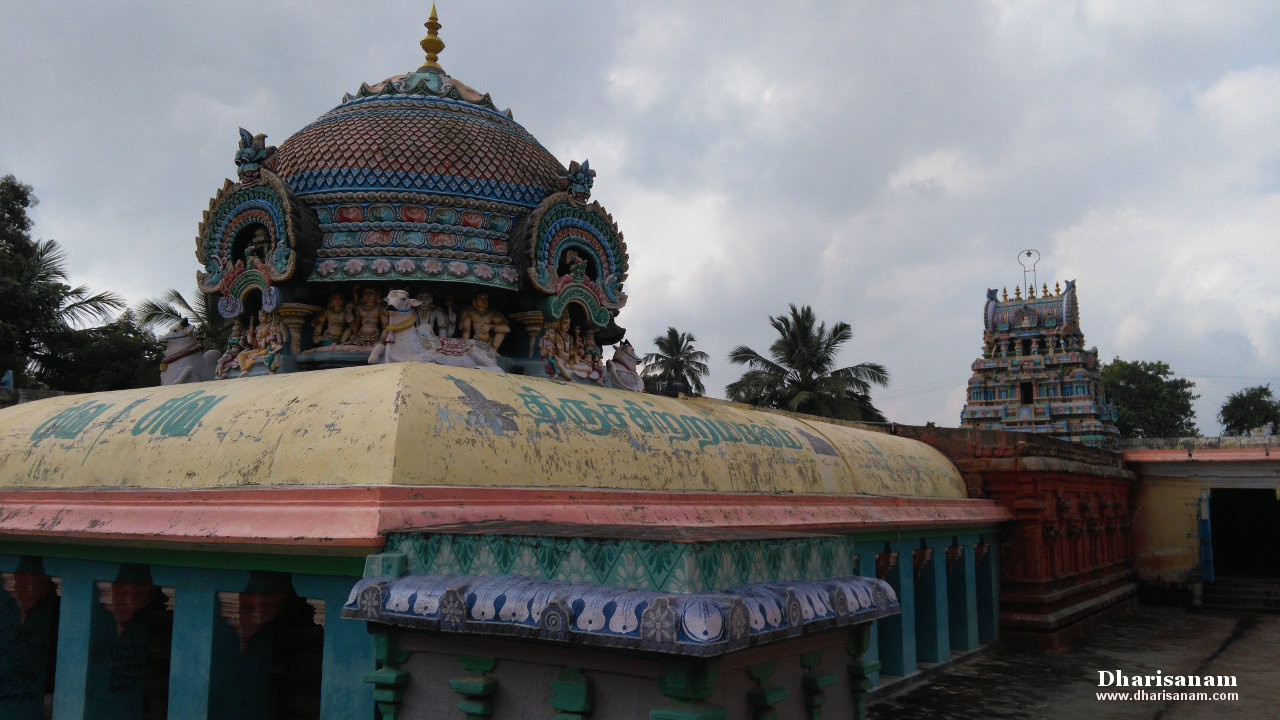 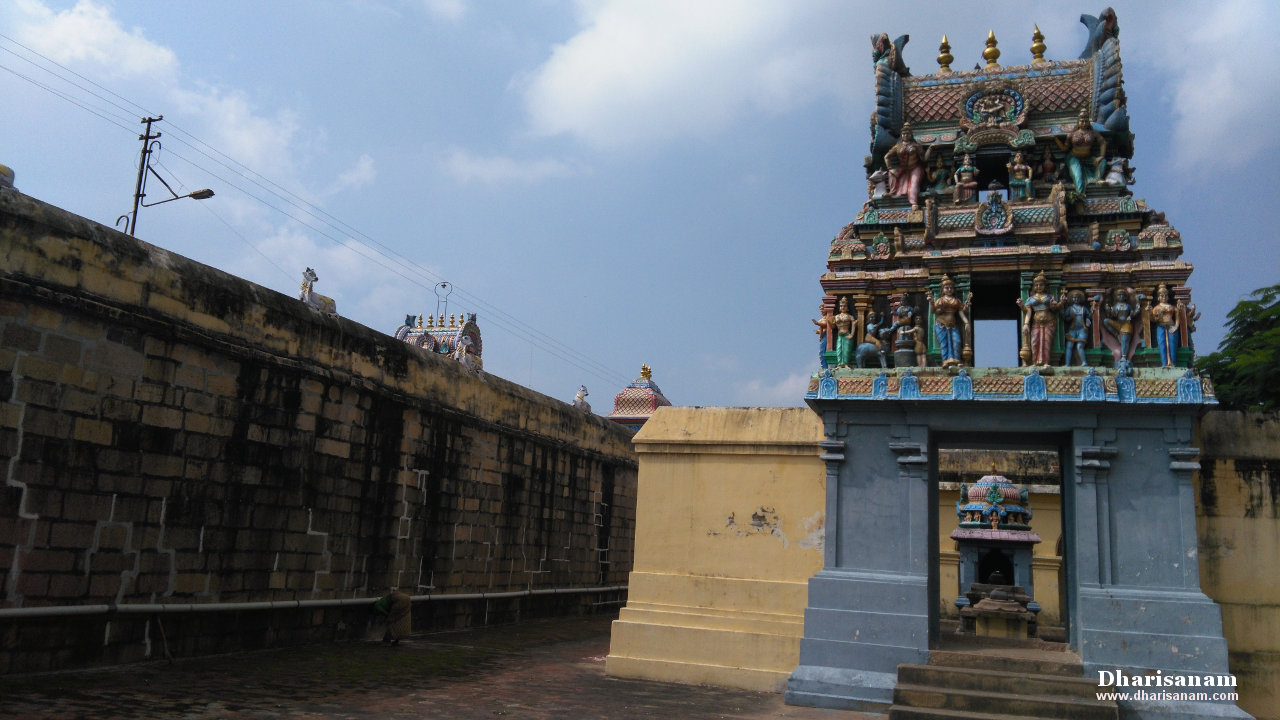 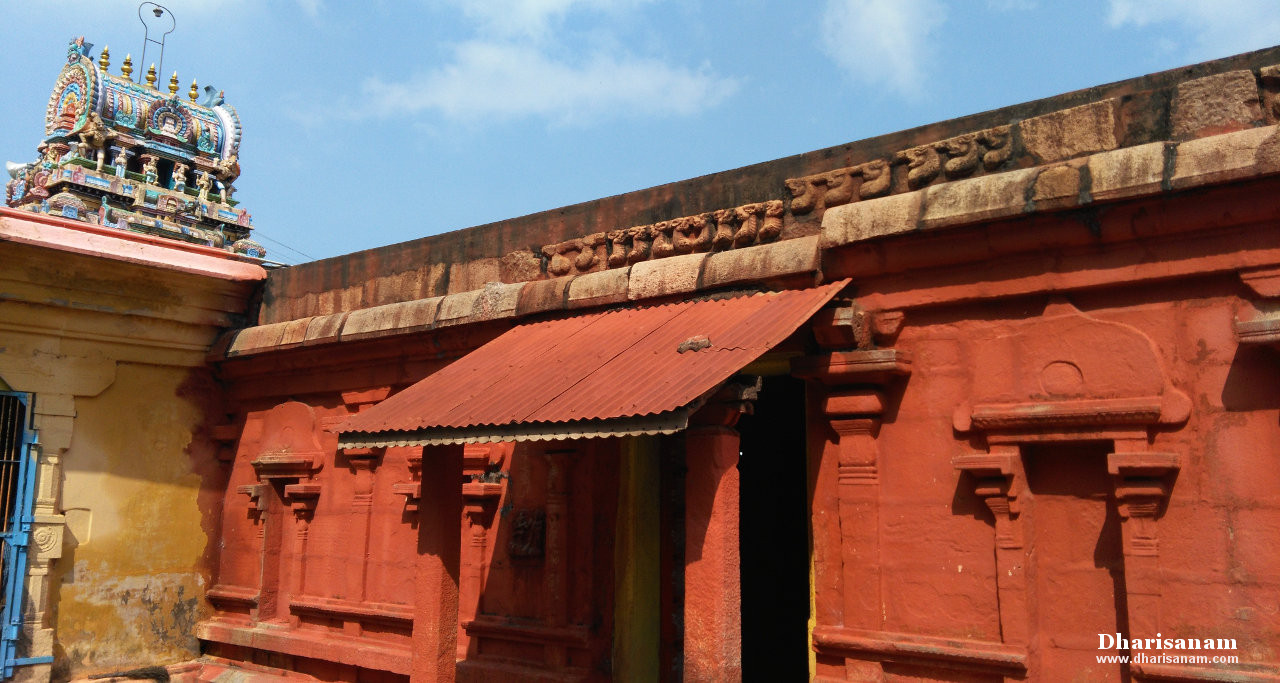