Thiruviyalur (Thiruvisanallur) is situated at a distance of about 8 kms from Kumbakonam on the Kumbakonam to Poombuhar route (Via Veppathur).

According to legend, in ancient times, this region was a forest densely covered with Vilwa trees and hence the lord here is praised as Sri Vilvaranyeswarar.

There are 94 stone inscriptions in this temple which date back to the periods of Cholas (14 kings – from Paranthakan-I to Kulothungan-III), Pandyas (king Varakuna Pandian) and the Vijayanagara kingdom (king Krishnadevarayar).

This temple is one of the 88 temples controlled by Tanjore Palace Devasthanam.

This temple is also under the purview of the Hindu Religious and Charitable Endowments Department of Government of Tamil Nadu (HR&CE). 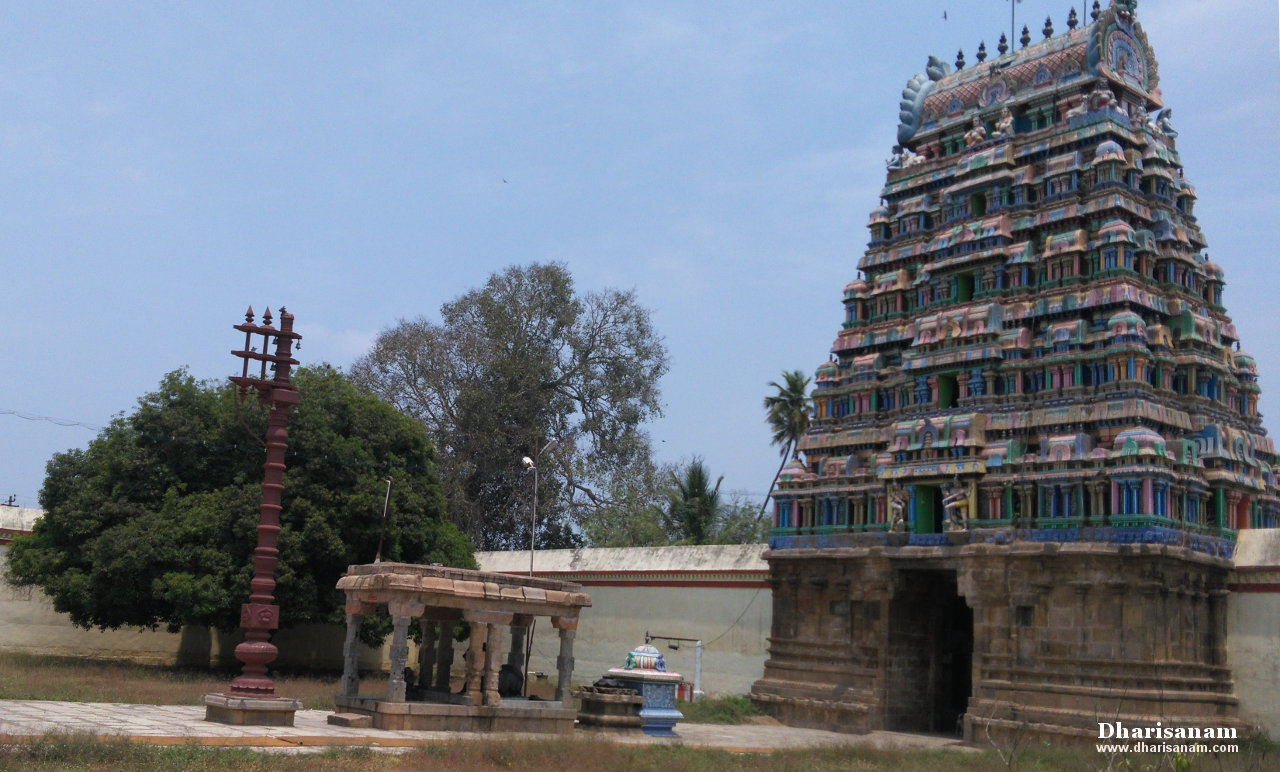 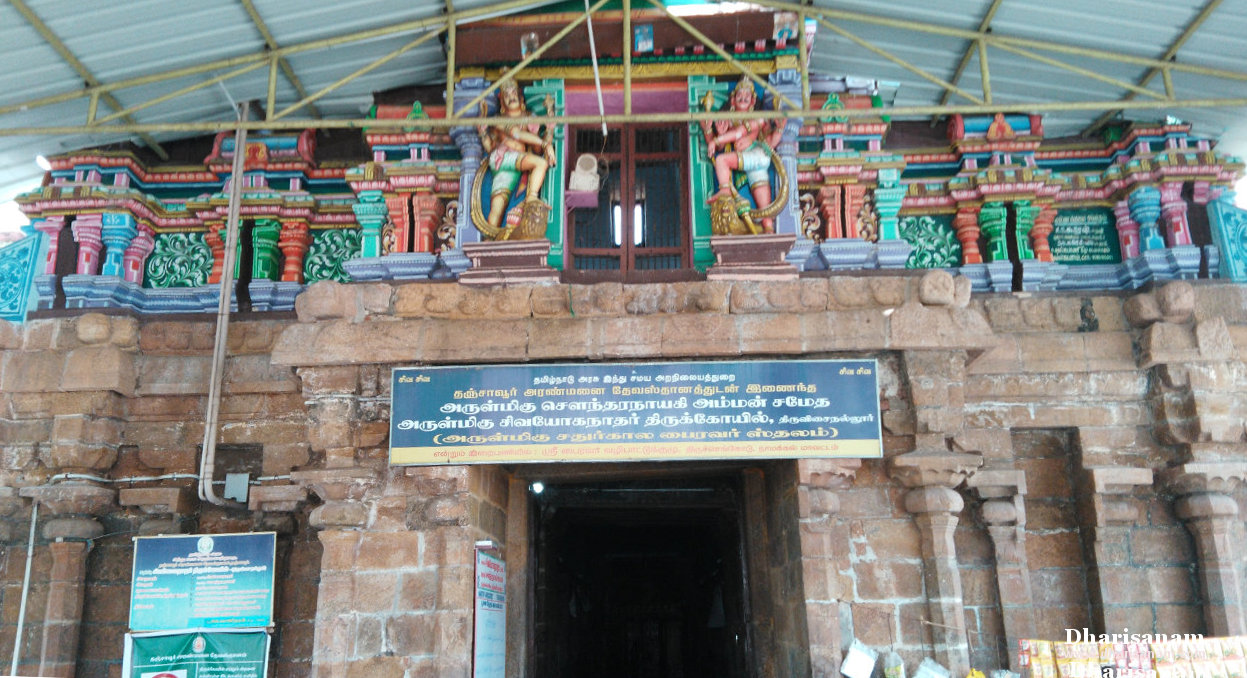 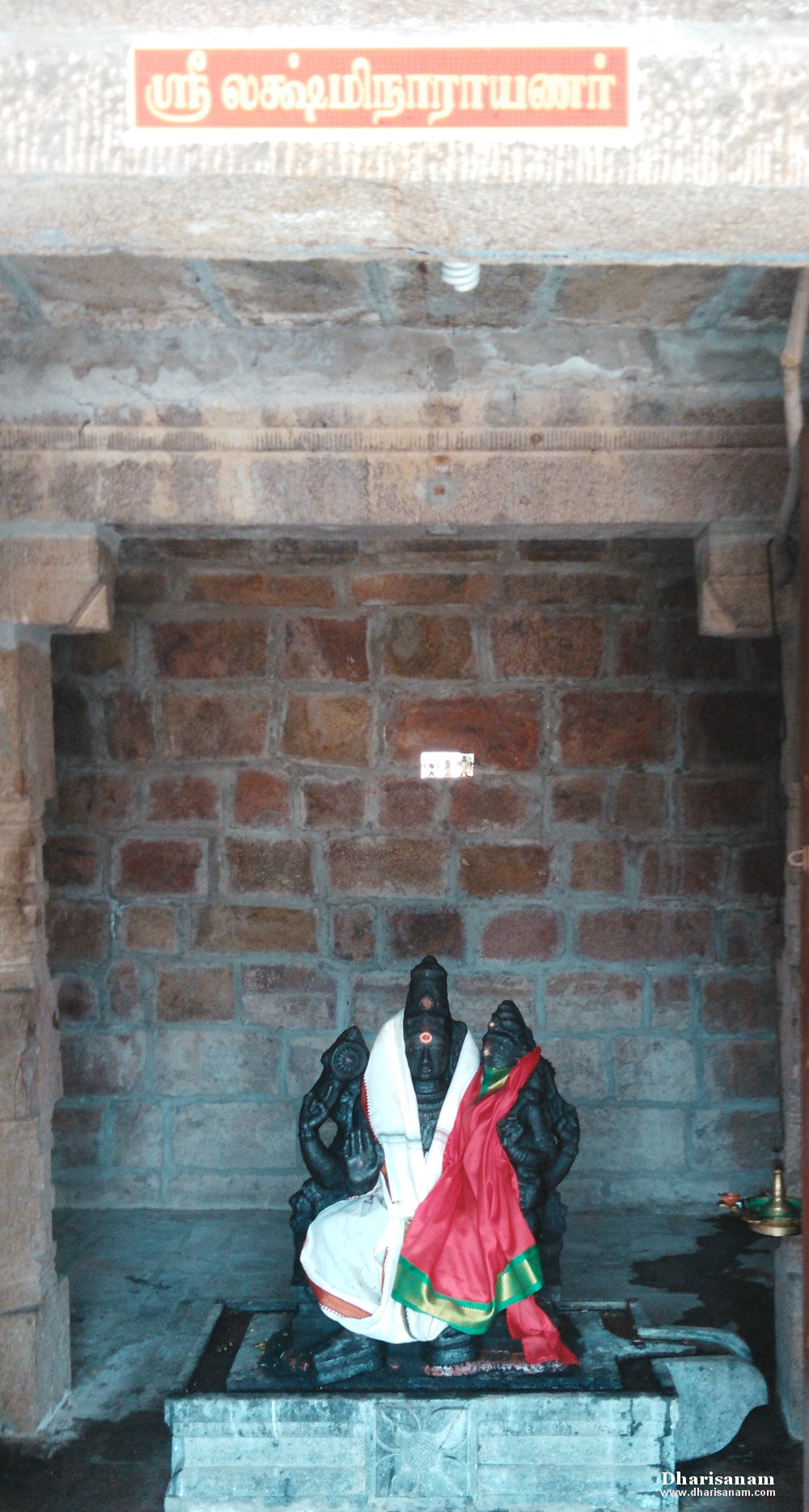 It is believed that Saint Agasthiyar worships Lord Shiva here on every Maha Shivaratri.

It is also believed that Jadayu, the king of vultures, worshipped Lord Shiva here.

It is believed that Lord Brahma was once born on earth to one Vishnu Sharma. He along with six other yogis performed rigorous penance here. On a Shivrathiri day, Lord Shiva appeared before them and blessed them by turning them into seven guiding lights. He also granted them salvation by merging them with himself. It is believed that seven strands of hair are present at the back of the Shiva lingam to depict this merger. Hence, Lord Shiva here is also praised as “Sri Shivayogi Nathar”.

The Sthala Puranam of this temple mentions the following stories:

(a) There was once a brahmin who had ignored his duties and was leading his life in a wrong way. When he realised his mistakes, he visited this temple and worshiped the lord. Although he was a habitual sinner, he came to Lord Shiva with full devotion. For this reason, Lord Shiva blessed him by absolving him of his sins (“papa vimochanam”).

(b) There was once a prince called Ganapathy, from a kingdom in Kerala. The prince was involved in various criminal activities. He had illicit relationships with women and had also committed many other sins. He came to this place and worshiped the lord here after taking a dip in this temple’s Theertham. It is believed that Lord Shiva pardoned his mistakes and blessed him with salvation.

( c) Another legend is that of a devotee of Lord Shiva. This devotee visited this temple to worship the lord. However, his life was about to end by that time. Yama, the lord of death had also reached there to perform his duty. In order to save the devotee, Nandhi stopped Yama and punished him. Yama realised his mistake and pleaded to Lord Shiva for forgiveness. It is believed that Lord Shiva pardoned him and let him go. The Nandhi in this temple is positioned in between the Bali Peet and the flag post. Further, the Nandhi’s head is turned to a side.

There are four Bhairavars in this temple (Chathur Kala Bhairavars). Each of them represents a phase in the lifespan of a human. They are also referred to as the four Yugas. These four Bairavars are -

Gnana Kala Bhairavar: The Brahmacharya phase of the human life is dominated by his quest for knowledge. Gnana Bhairavar bestows good education and good employment opportunities to his devotees.

Unmaththa Bhairavar: In the Vanaprastha phase, his devotees are blessed with good health, financial stability and good luck.

Yoga Kala Bhairavar: In the Sanyasa stage of life, a man is supposed to be totally devoted to God. 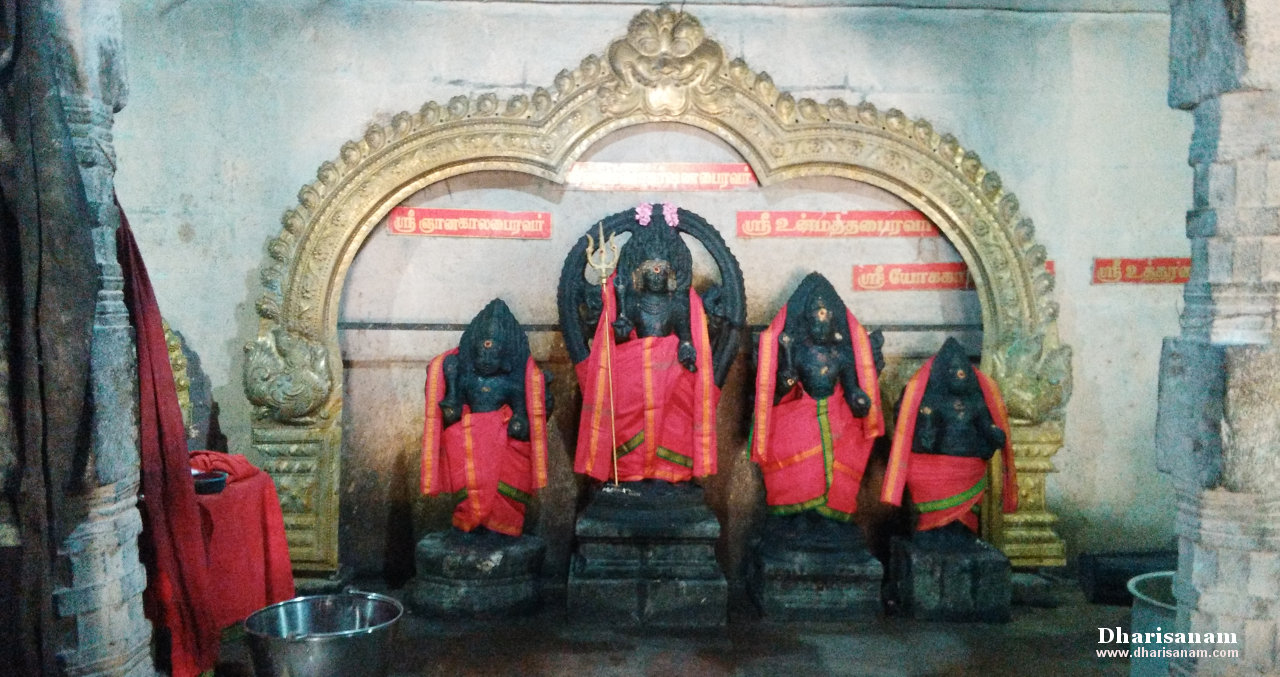 Other than the shrines of Lord Shiva and Goddess Parvathy, shrines and idols of Vinayakar, Murugan with his consorts, Gajalakshmi, Mahalingeswarar, Niruthi Vinayakar, Naga Kanni, Saptha Mathas, Lakshmi Narayanar, Suryan, Chandran and Navagraham can be seen in the corridors.

Idols of Saint Uyyavantha Nayanar, Nalvar and Sekkizhar are placed in a row in the corridor.

In the “koshtam” (place surrounding the sanctum sanctorum), idols of Narthana Vinayakar, Dakshinamurthy, Mahavishnu, Brahma, Durgai and Chandikeswarar can be seen. 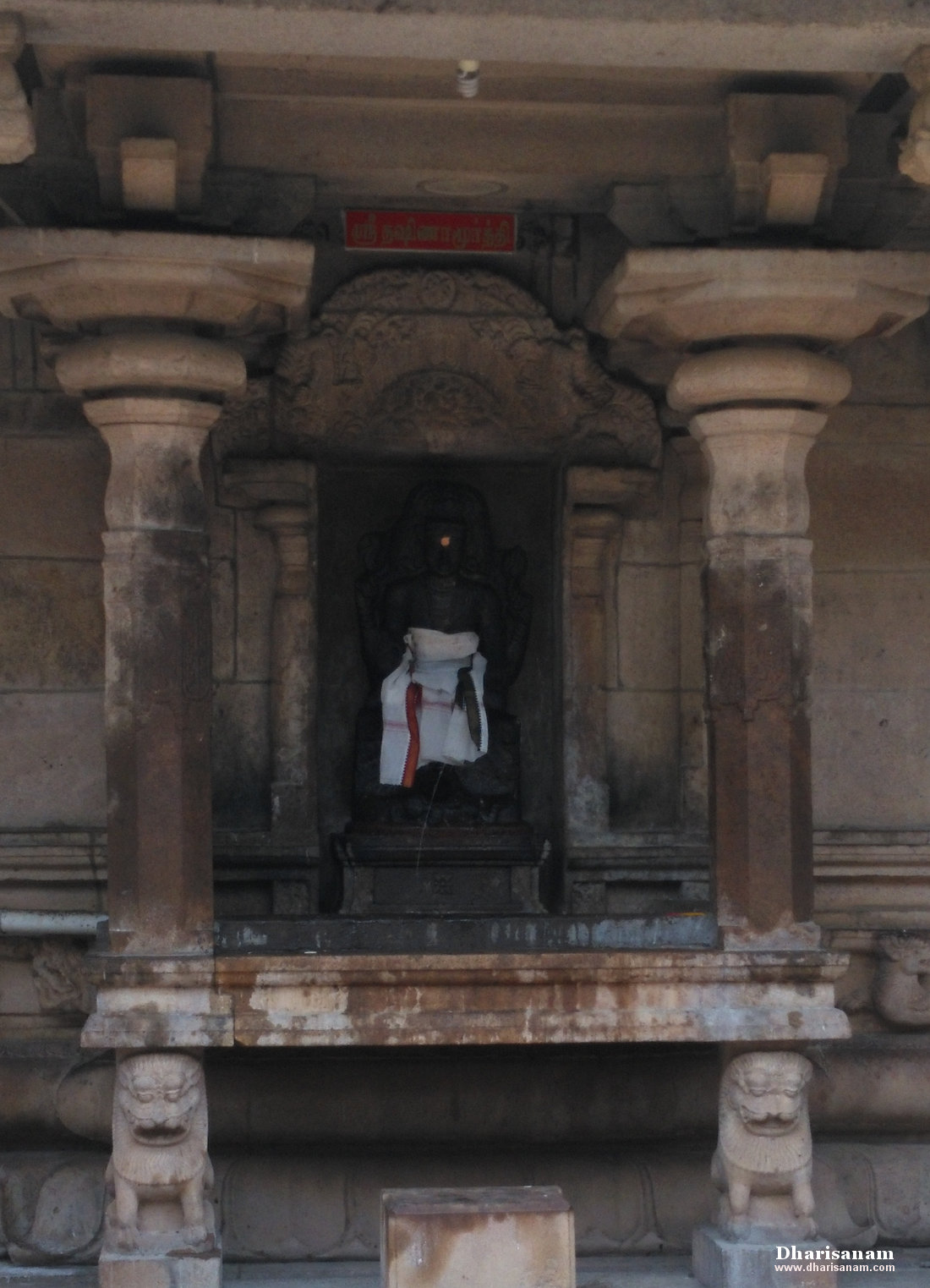 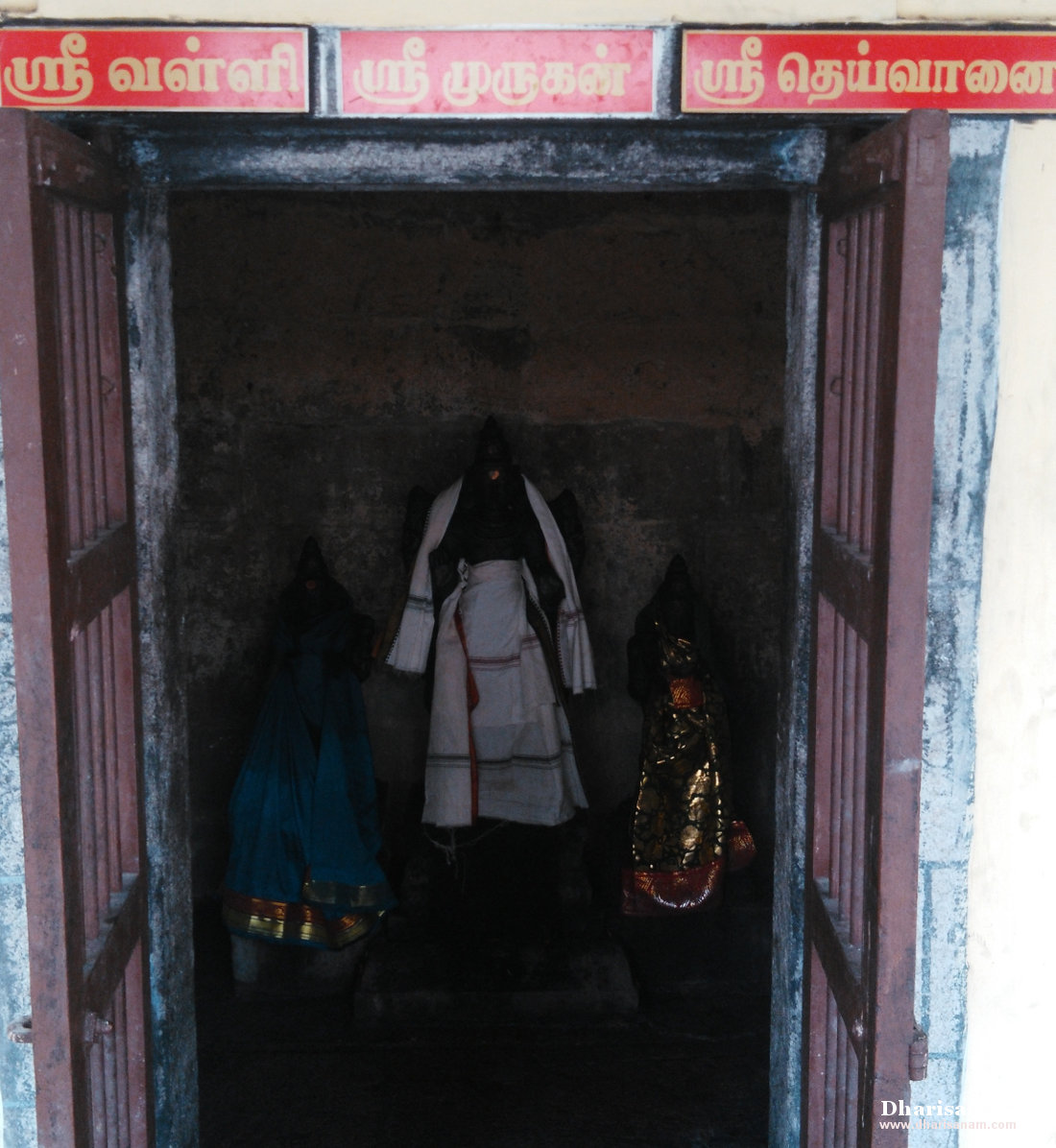 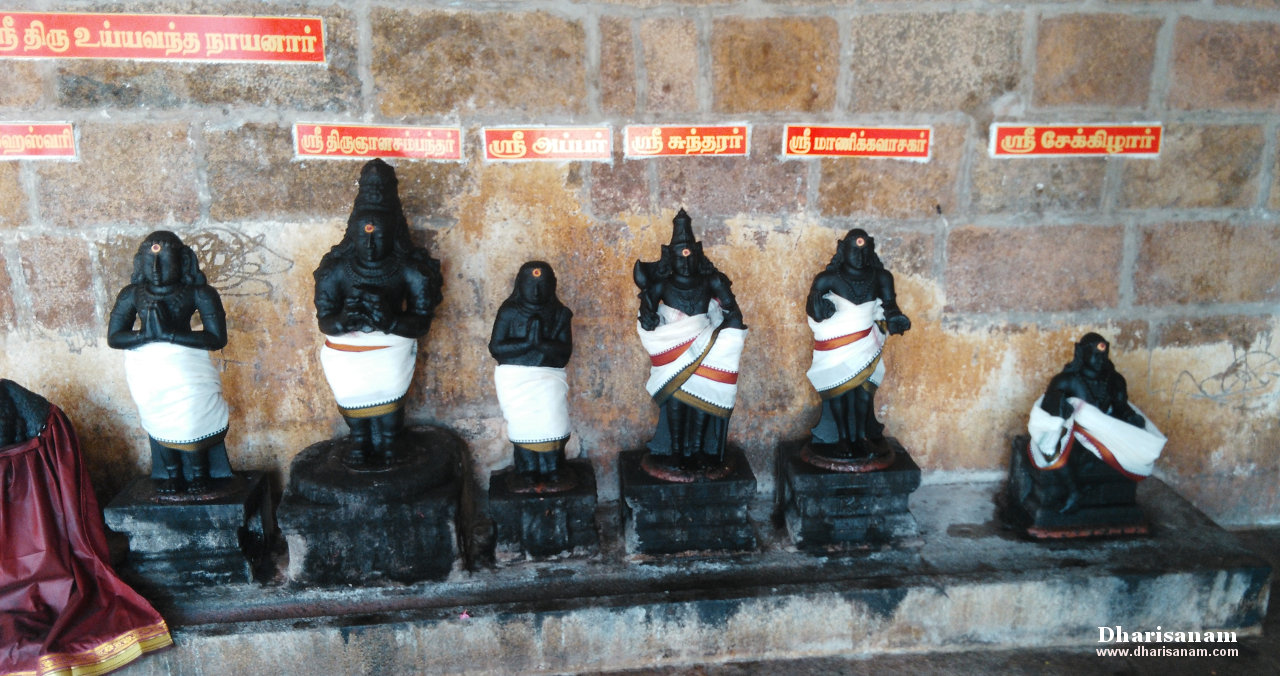 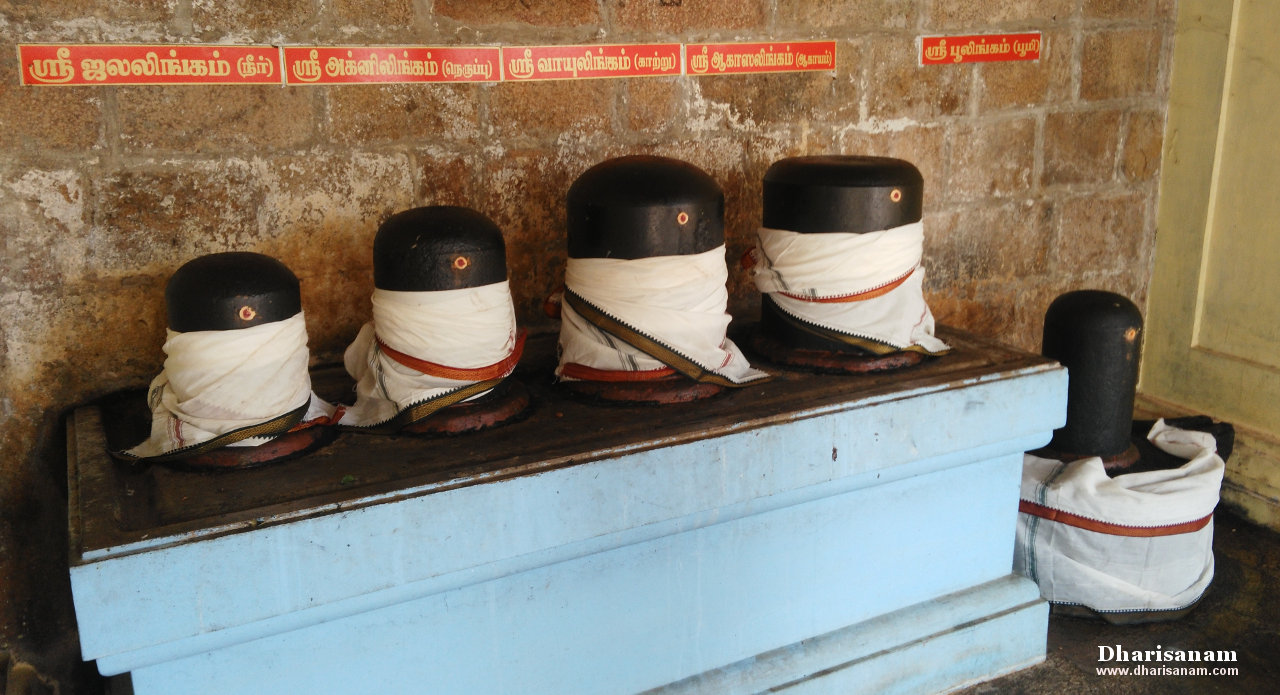 It is believed that Lord Suryan (Sun) worships Lord Shiva of this temple by directing his rays on the lingam every year for three days (on 1st, 2nd and 3rd) in the Tamil month of Chithirai (Apr-May). Special poojas are performed during these days.

This is the birth place of Uyyavantha Deva Nayanar (12th century), who authored one of the fourteen Meykanda Sasthras, “Thiruvunthiyar”.

There is a beautiful relief on the wall of the sanctum which depicts Lord Brahma and Lord Vishnu worshiping Lord Shiva.

There are eight Theerthams and eight trees associated with this temple.

There is a sundial in the periphery wall of this temple opposite to Goddess Parvathy’s shrine. This shows the time accurately from 6 AM to 6 PM. It is believed that this clock is more than 800 years old. This shows the architectural, astronomical and scientific knowledge of the people during the Chola period. 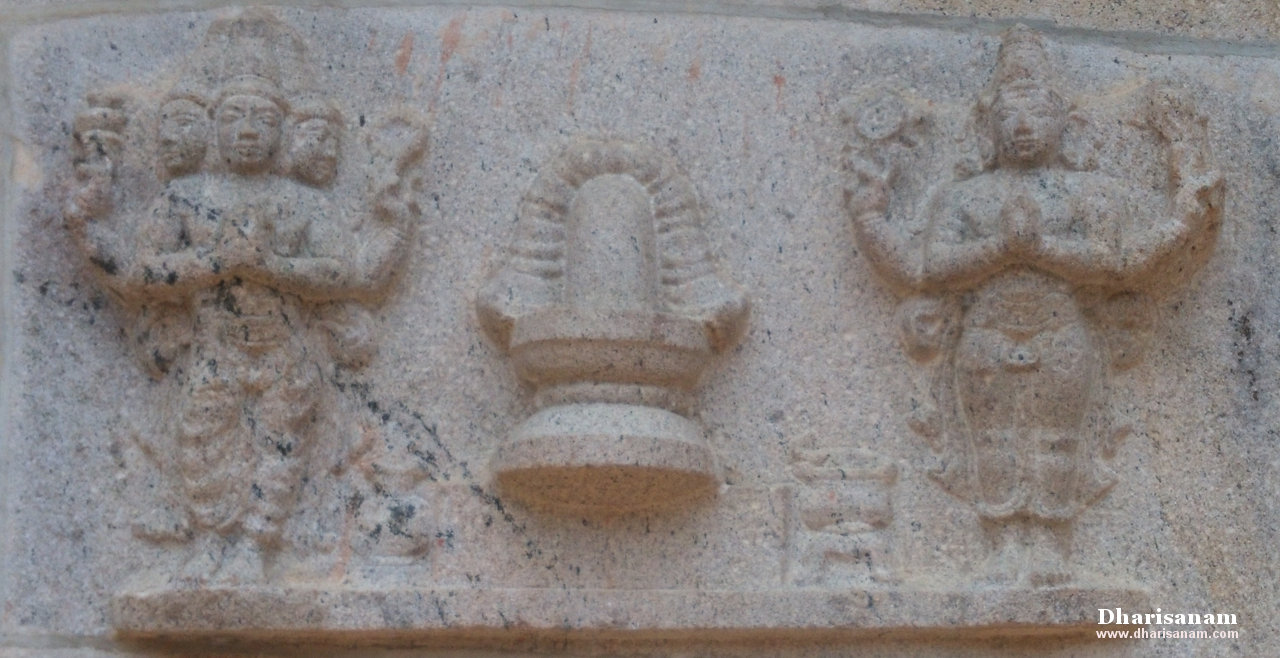 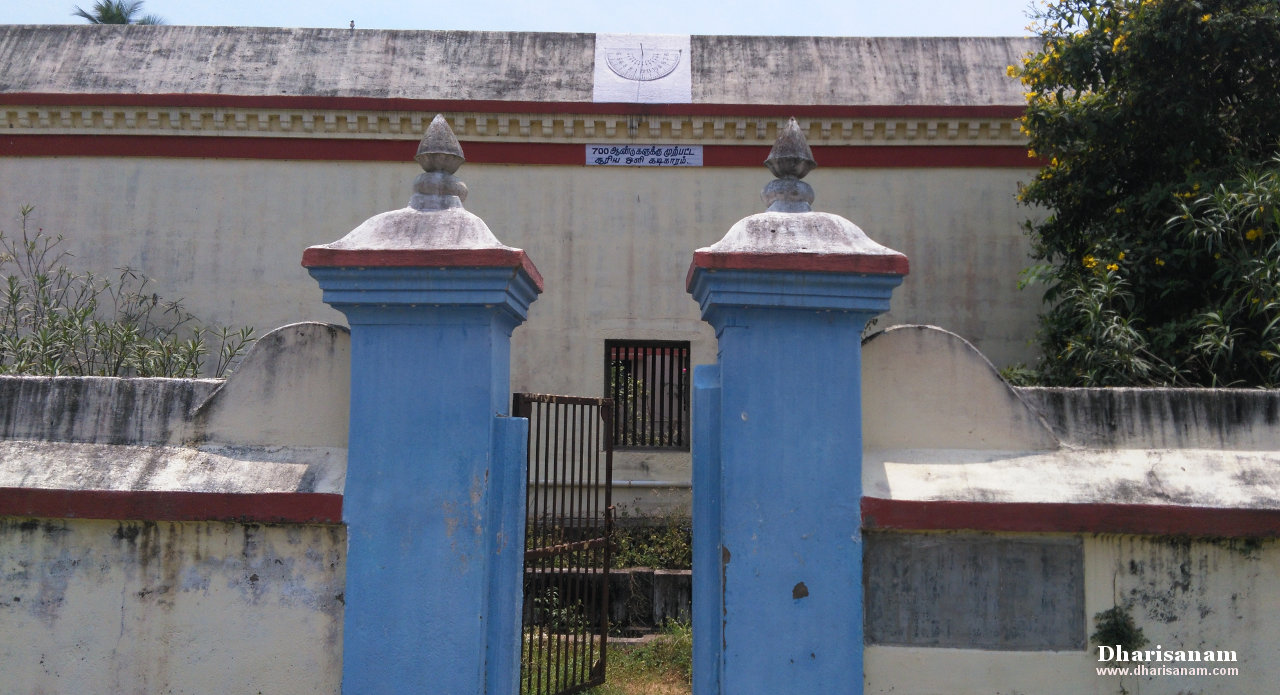 This is the birth place of the renowned scholar Saint Sridhara Venkatesa Iyyavaal who lived in this place about 300 years ago. He was an ardent devotee of Lord Shiva. He is known for bringing the river Ganges to a well in his house. The legend is that while performing the yearly ritual ceremony (“Srardh”) to his ancestors, he offered food to an outcaste hungry beggar. The brahmins attending the ceremony opposed this as the tradition did not allow any food offering to be made before completion of the ceremony. They boycotted him and asked him to go to Banaras (Kasi) to take a dip in the holy Ganges and seek absolution for the sin that he has committed. Instead, Iyyavaal prayed to Lord Shiva who directed the Ganges to flow to a well in his house.  As the water from the well started flooding the village, the villagers fell at his feet and requested him to stop this flood. He then prayed to the lord to restore normalcy. Even now, thousands of people throng to his house to bathe in the water from this well on the new moon day in the Tamil month of Karthikai (Nov-Dec).

It is believed that by worshiping the Chathur Kala Bhairavars during the “Ashtami” days, devotees will get prosperity, better prospects in business, good health and protection from evil spirits.

Devotees are advised to light lamps containing gingili oil and black pepper for eight consecutive Sundays during “Rahu kalam” (4.30 PM to 6.00 PM) at this Bhairavar’s shrine. Doing so will help them in getting back the lost property and wealth.

It is believed that those who pray to the lord here during Pradosham days will be absolved of all their past sins.

This is a “Parihara sthalam” for all those whose birth star is “Rishabha Rasi”.

Thiru Karthikai and Somavaram (Mondays) in the Tamil month of Karthikai (Nov-Dec), 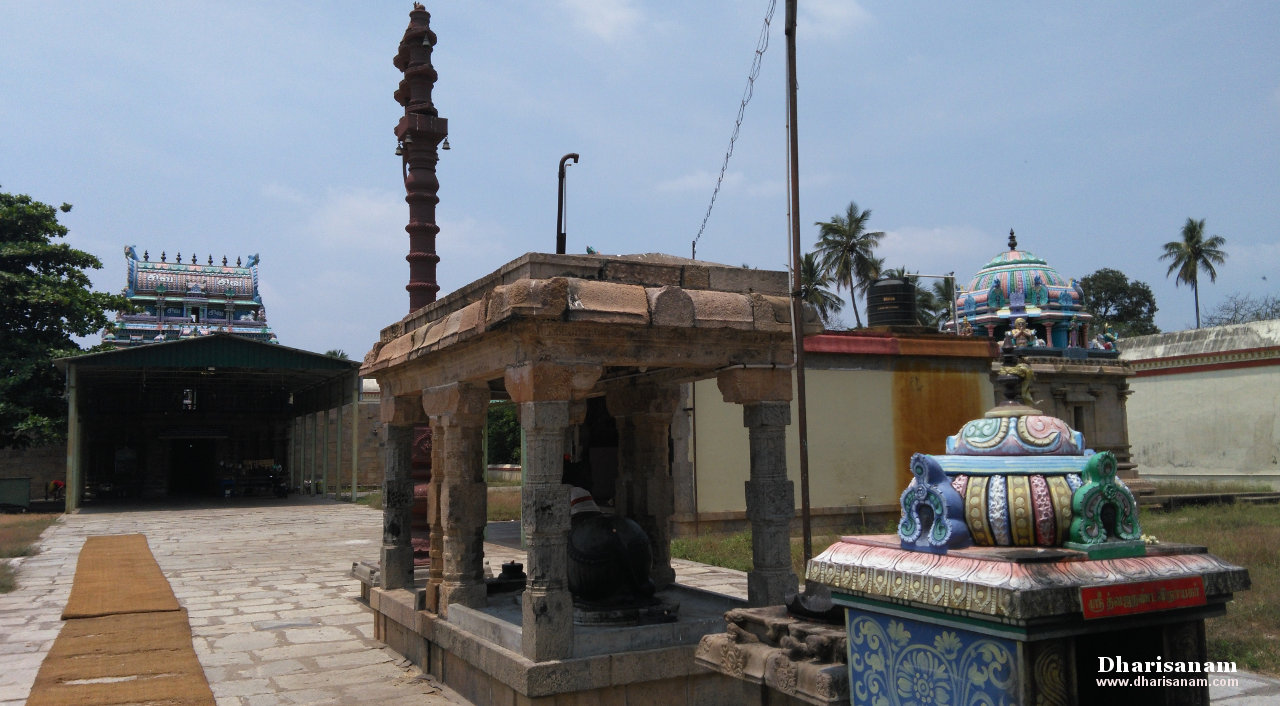 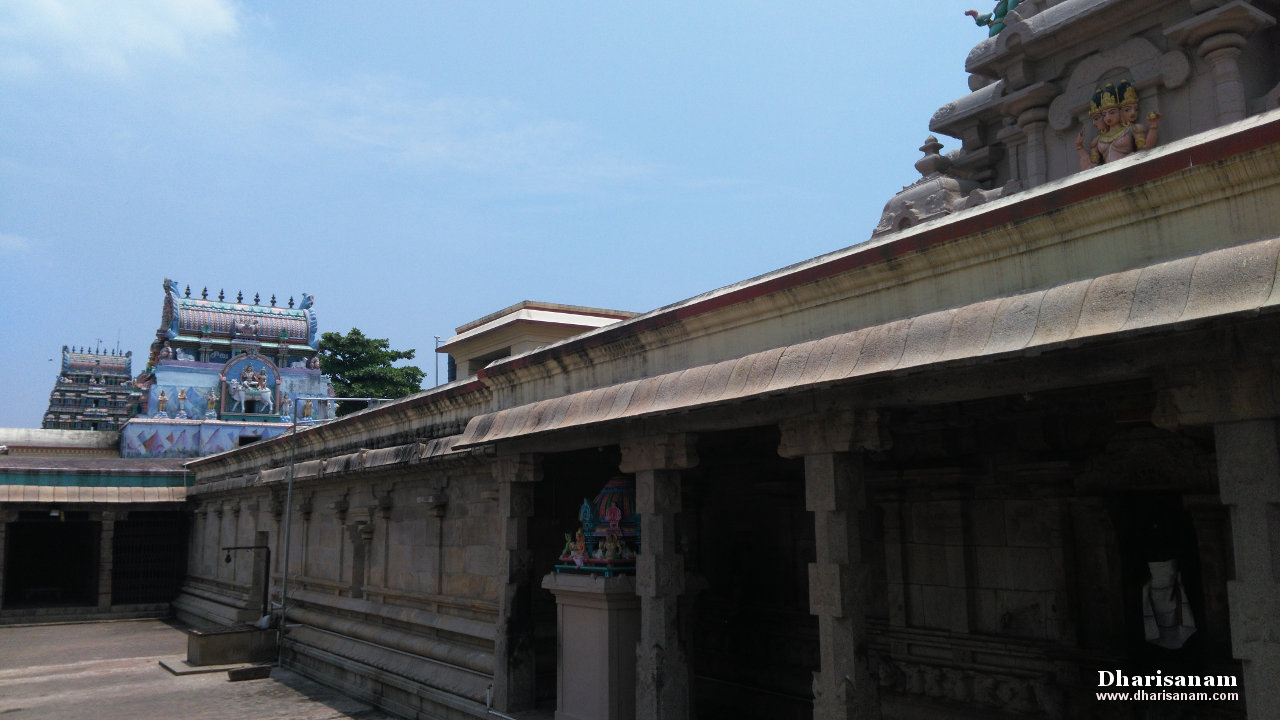 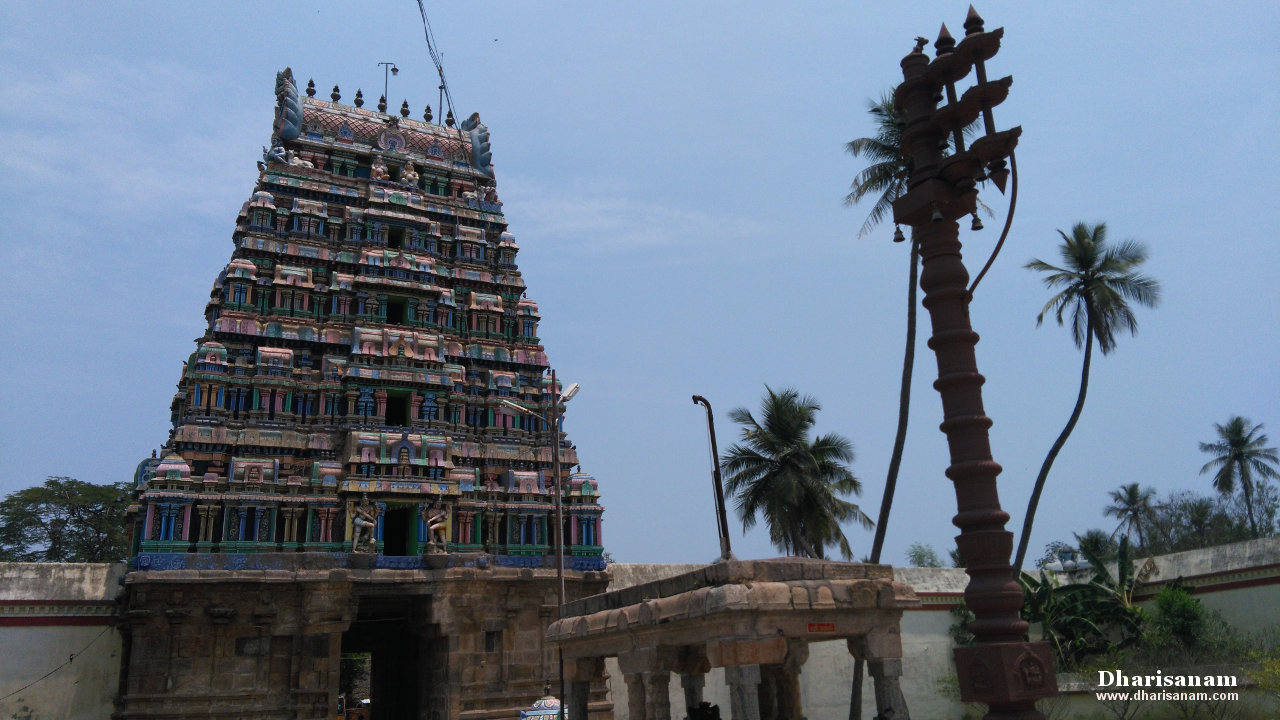 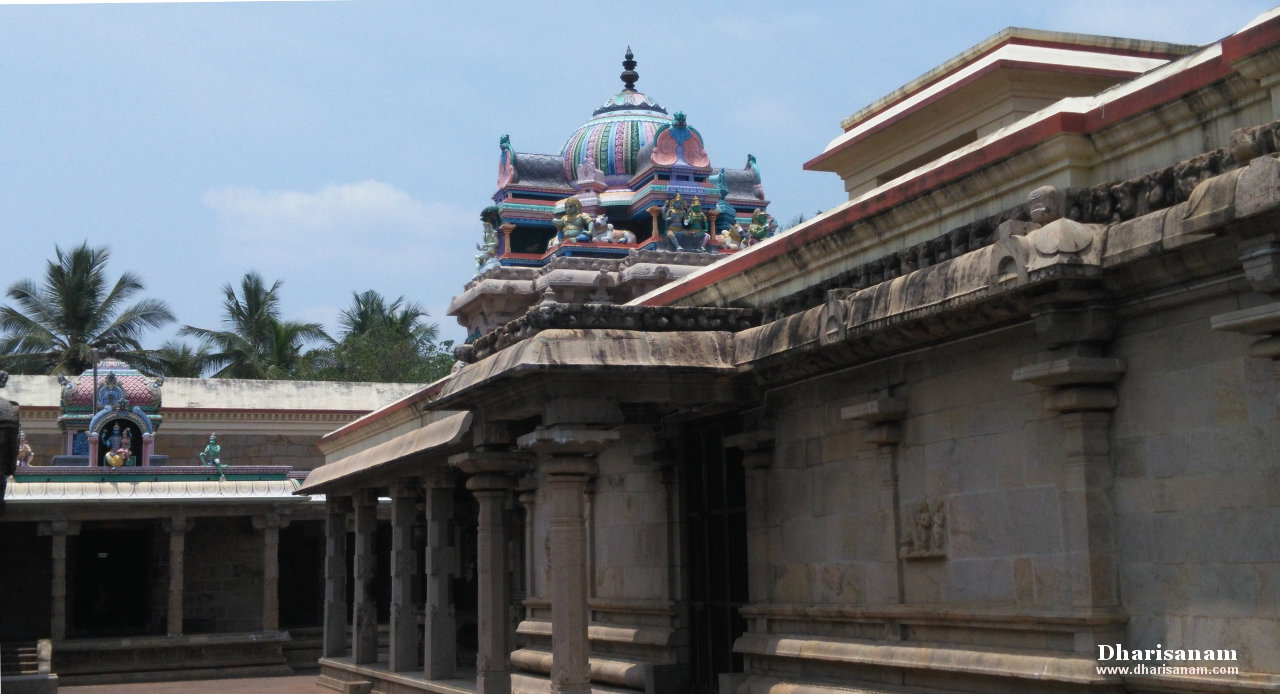 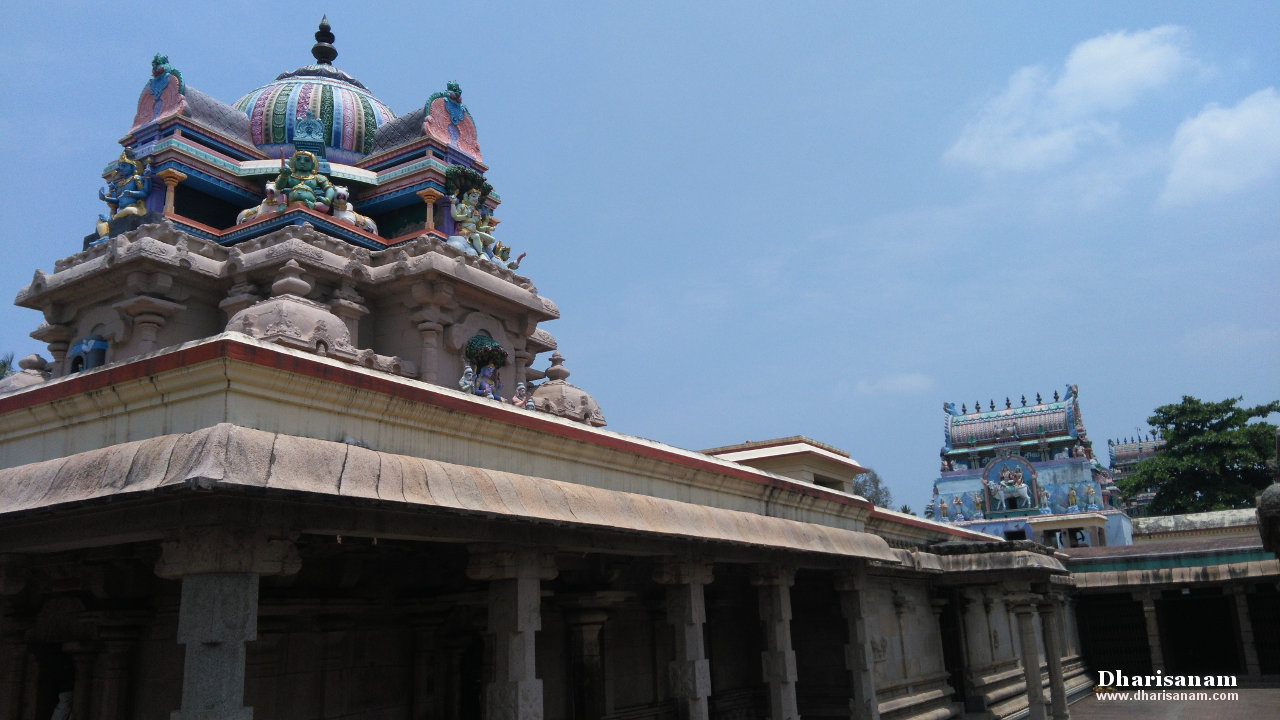