The significance of this place is that its name – “Sivapuram” itself contains the name of Lord Shiva.
The historical names of this place are Kuberapuram, Bhookailayam and Sanbakaaranyam. 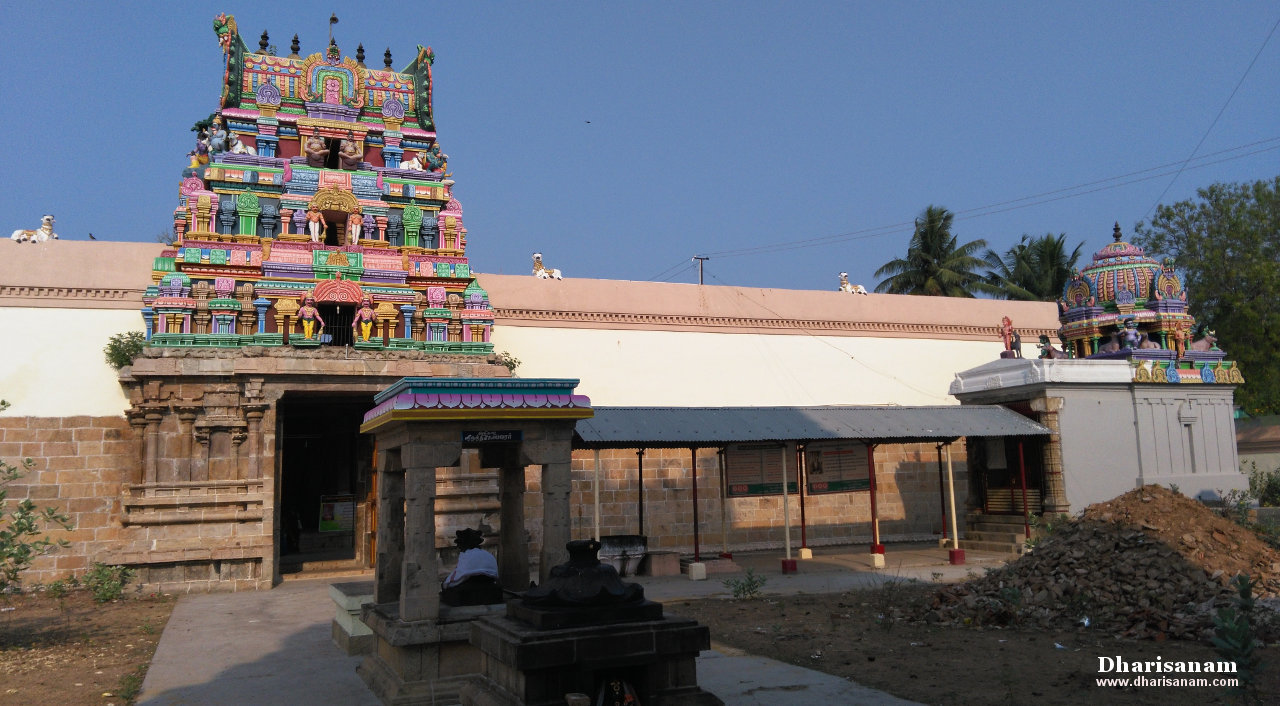 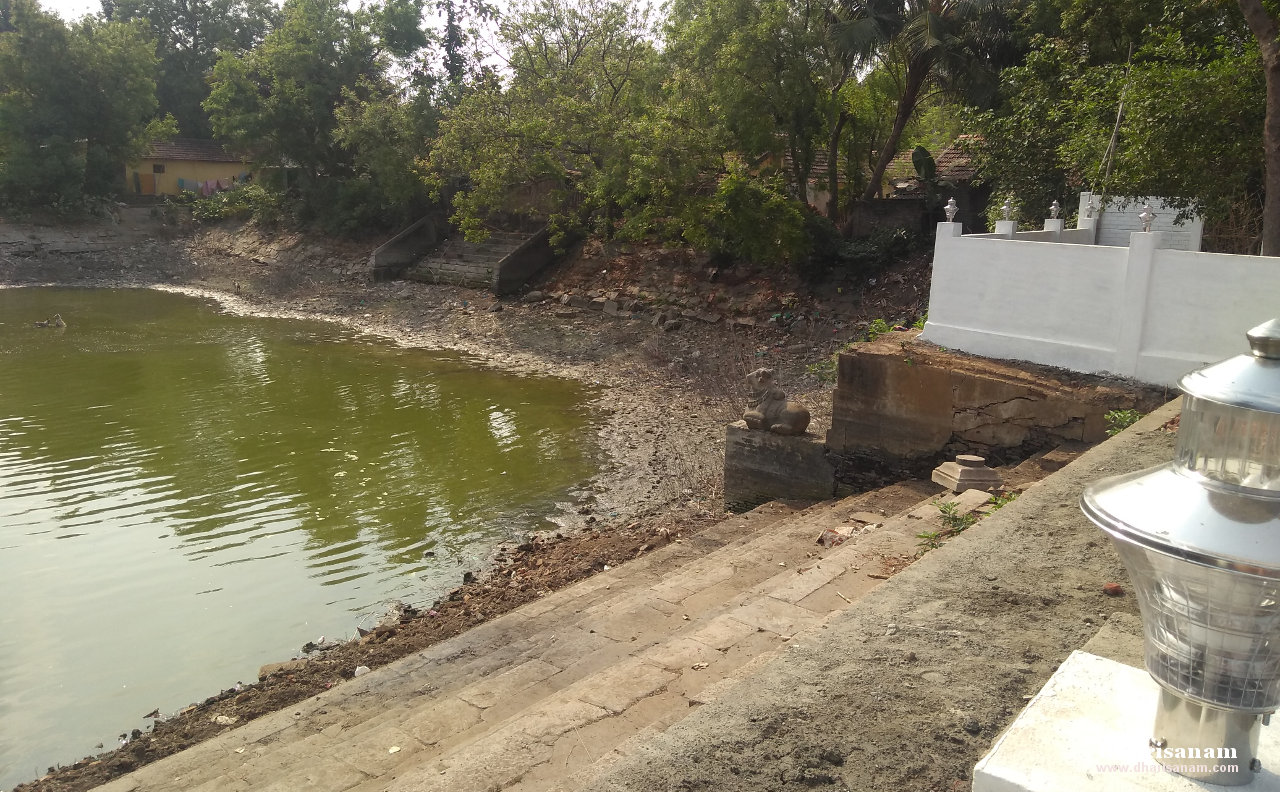 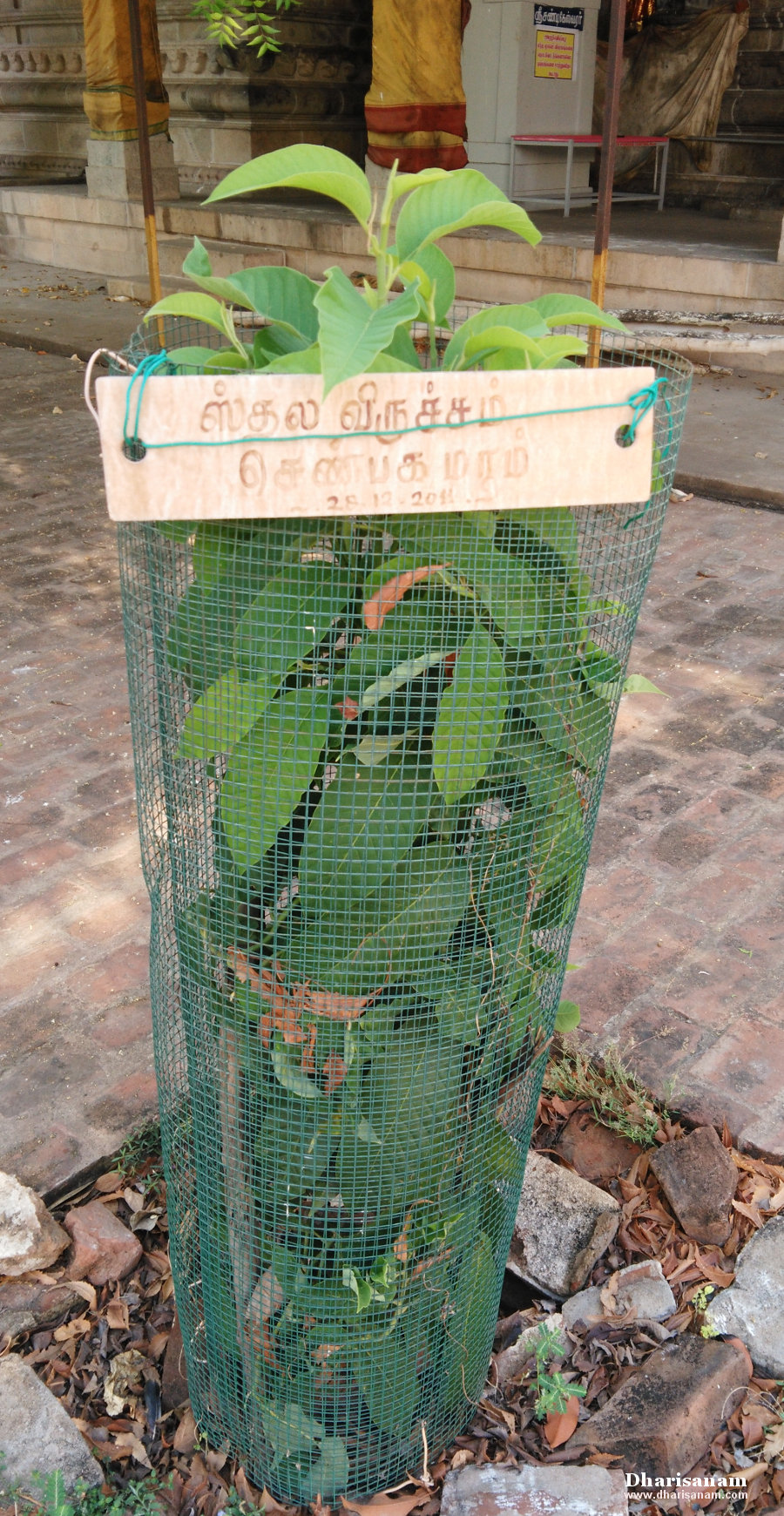 As per the Sthala puranam, during a deluge, Lord Mahavishnu prayed to Lord Shiva and took the “Varaha Avatar”. This avatar is also called “Swetha Varahar” because he took the form of a white pig. In this avatar, Lord Mahavishnu held the submerging earth on his head. After rescuing the earth, he came to this place and worshiped Lord Shiva. Lord Shiva blessed him by restoring him to his original form. A beautiful relief (“pudai sirpam”) depicting this legend can be seen in the outer wall of the sanctum, near Lord Dakshinamurthy’s shrine. In their hymns, Saint Thirugnanasambanthar and Saint Thirunavukkarasar have also mentioned about this legend. 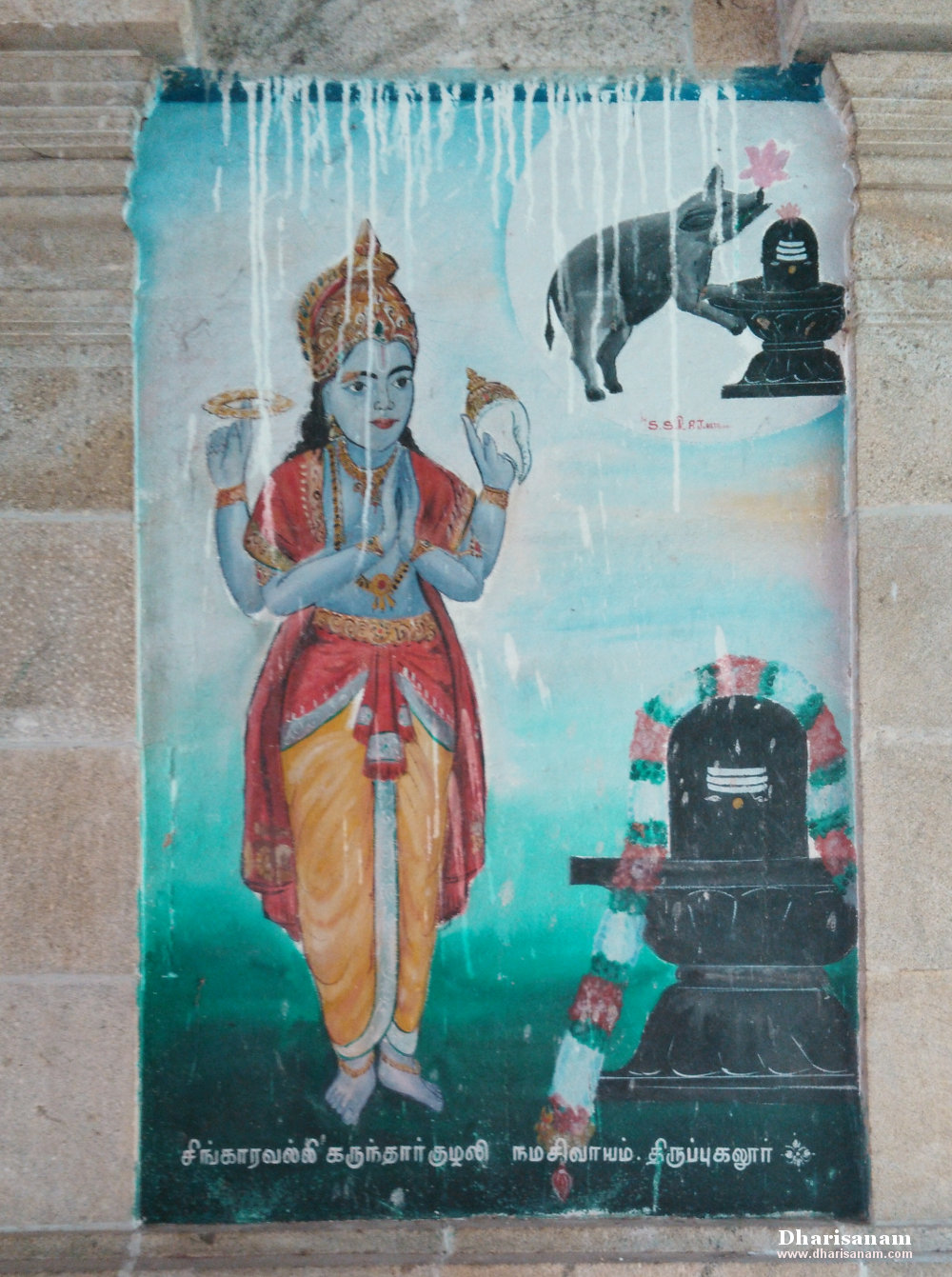 Another story mentioned in the Sthala puranam is that of Ravana. It is believed that Ravana once visited this temple for worship without taking bath and observing other ritual requirements. Nandhi stopped him from entering the temple. Without knowing the facts, Kuberan came to help Ravana and asked Nandhi to step aside. Nandhi cursed Kuberan to be born on earth as a greedy king. Kuberan then took birth in a royal family and was named as Thalapathy. He worshipped Lord Shiva in this temple regularly. One day he saw a copper plate in the corridor which bore the following inscriptions - “On a Shivrathri day in the Tamil month of Maasi that also happens to be a Monday and Pradosham day, if someone performs abhishekam to the lord using the blood of a male child, that person will get enormous money”.

Greedy King Thalapathy managed to buy a young male child by offering money to a poor couple. The king took the child and his parents to this temple and started the pooja. Just as he was about to cut the child, the young boy clung to his parents in fear and started praying to Goddess Parvathy.

Goddess Parvathy in turn asked Lord Shiva to save the child. The lord pacified her and informed her that this was infact his ploy to relieve Kuberan from Nandhi’s curse. He further told her that the couple was none other than Lord Indra and his wife Indrani and that the child was Agni.

It is believed that Lord Shiva appeared before them and stopped Kuberan. It was then that Kuberan realised the depth of his avarice and the folly that he was about to commit because of his greed. Kuberan prayed for forgiveness and Lord Shiva forgave him and also relieved him from the curse. To signify this incident, there is a small crack and the mark of a drop of blood on the Shivalingam. 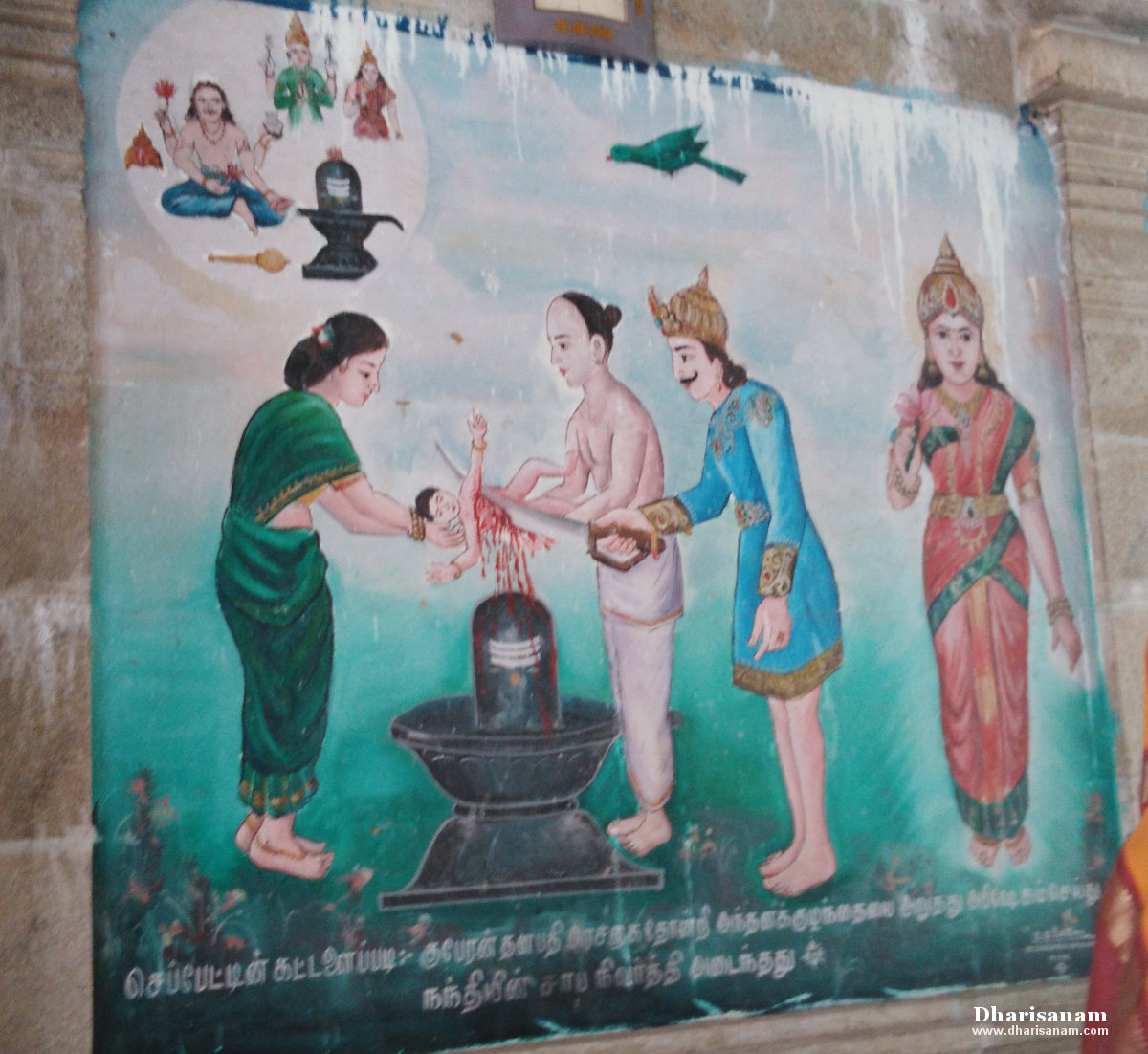 When Saint Thirugnanasambanthar visited this place, he was able to divine that there are innumerable Shivalingams buried underneath. Hence, he did not want to place his feet on the ground. He, along with his followers, undertook “angaprathatchanam” (rolling around the temple so that the feet do not touch the ground) in the temple. He prayed to the lord and rendered his pathigam from outside the temple. The place from where he sang his hymn is called “Swamigal Thurai”. Following this tradition, devotees can be seen performing “angaprathatchanam” even today.

Other than the shrines of Lord Shiva and Goddess Parvathy, shrines and idols of Vinayakar, Murugan with his consorts, Gajalakshmi, Theyu Lingam, Vayu Lingam, Pruthvi Lingam, Balamurugan, Bairavar (2), Chandran (2), Suryan, Saneeswarar, Mahavishnu ,Chandikeswarar and procession idols of other deities can be seen in the main hall and the corridors.

Agni, Indrani, Indran and Kuberan are placed here in the form of lingam.

In the “koshtam” (place surrounding the sanctum sanctorum), idols of Dakshinamurthy, Lingothbavar, Brahma and Vishnu Durgai can be seen.

Idols of Nalvar can also be seen here. Sundarar can be seen along with his wife Paravai Natchiyar.

There is a separate south-facing shrine for Kala Bairavar in the outer corridor. 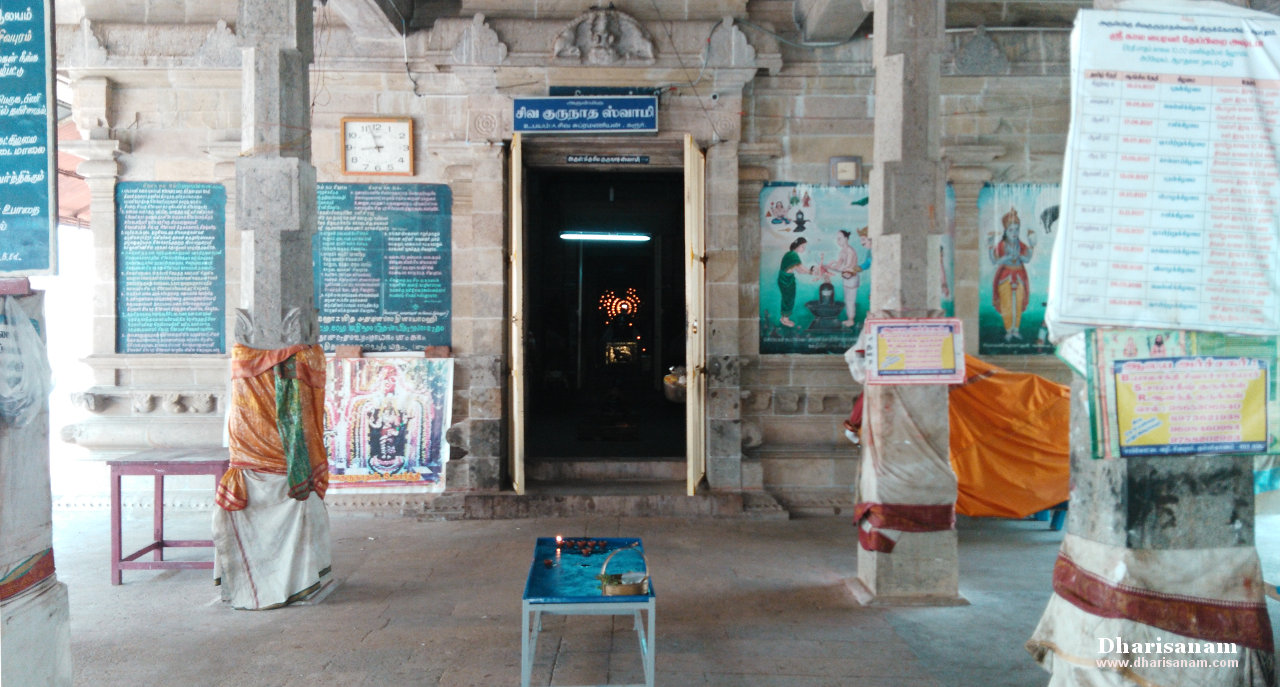 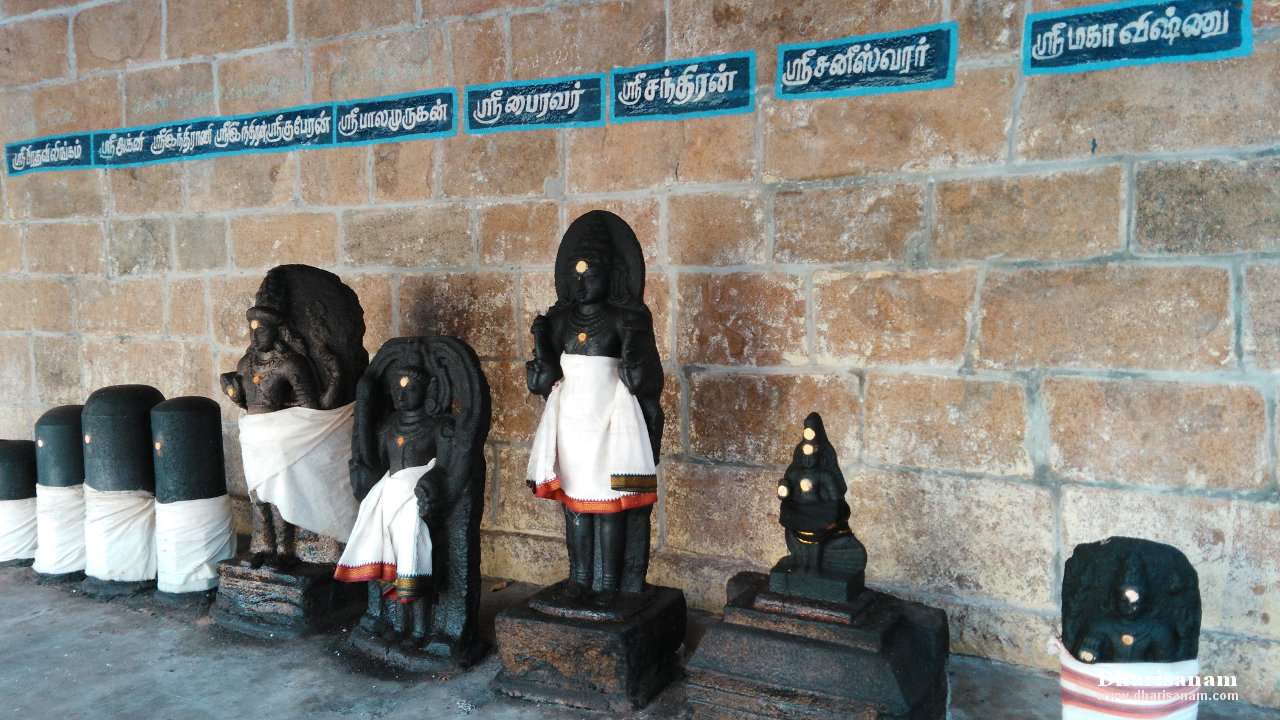 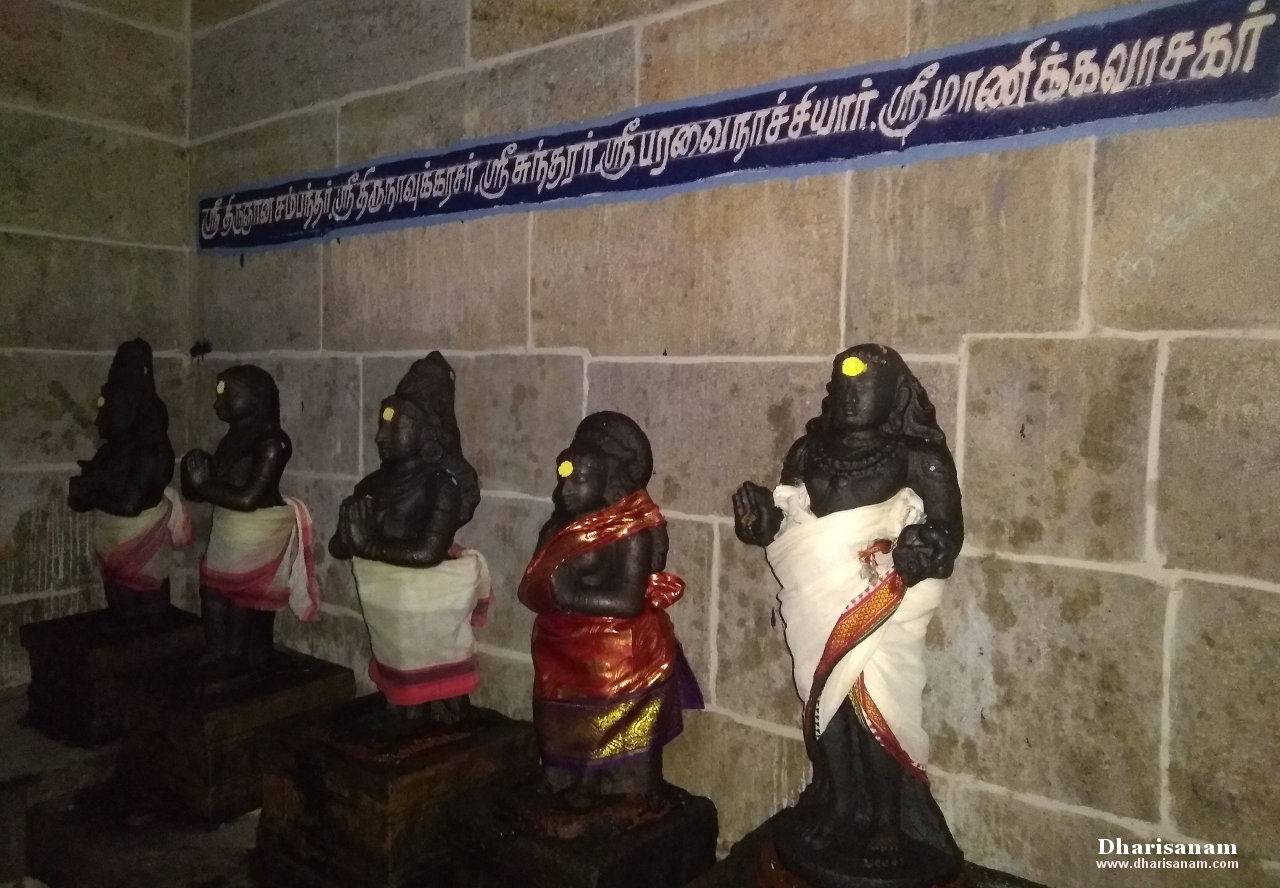 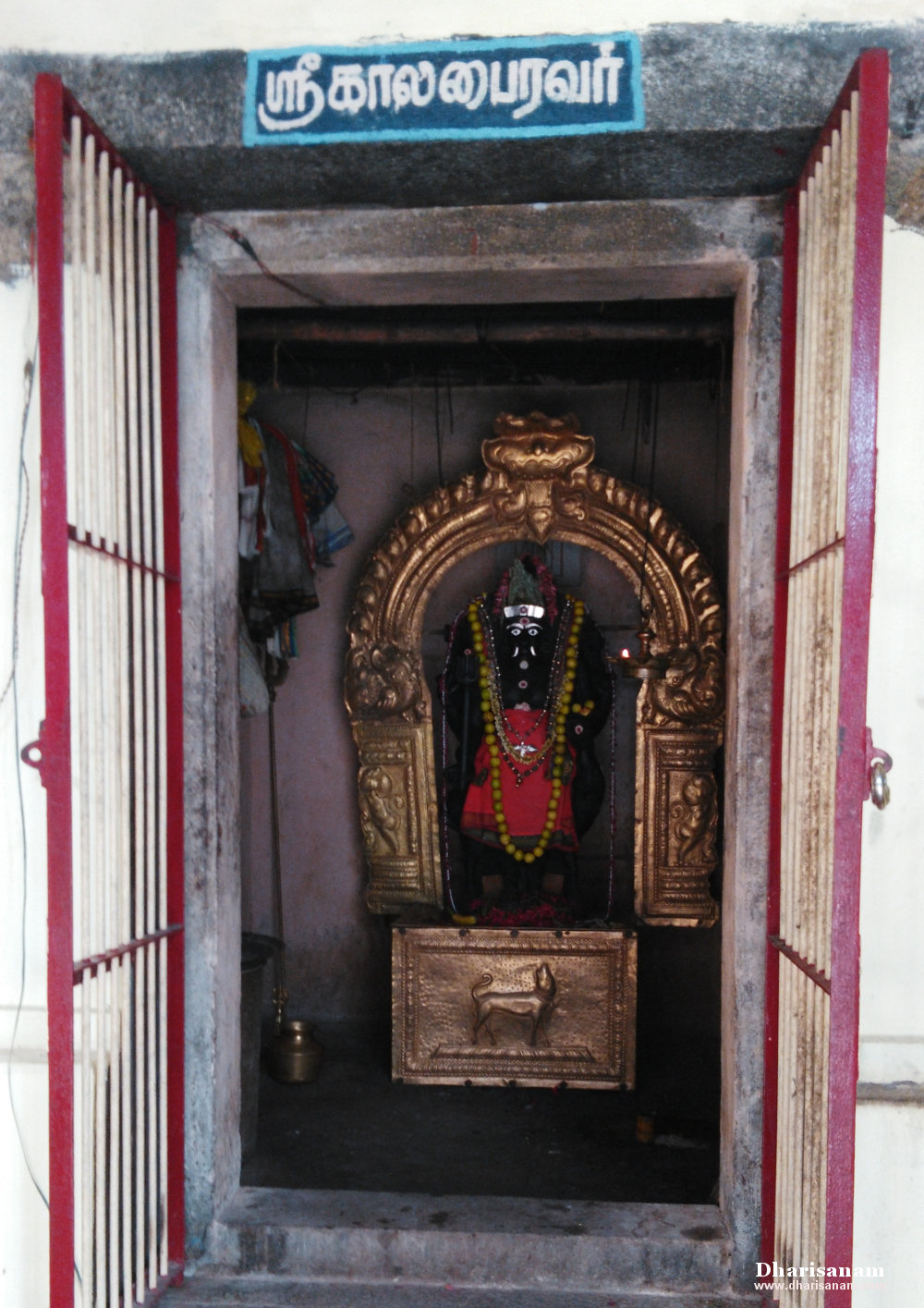 The unique feature of Lord Dakshinamaurthy’s idol is that reliefs of Varaaham (Avatar of Vishnu) and Rahu can be seen below it. Also, the idols of the Sanakathi rishis are placed on either side of Lord Dakshinamurthy.

In the outer corridor, there is a separate south-facing shrine for Bairavar in front of the idol of Nandhi. Bairavar’s mount (dog) is seen on the left side with his head facing the lord. The dog’s left ear is lifted up as if to signify that our prayers are being heard by him and forwarded to Lord Bairavar.

It is believed that Lord Suryan (Sun) worships Lord Shiva of this temple by directing his rays on the lingam every year in the morning hours for three days - 4th, 5th and 6th in the Tamil month Chithirai (Apr-May).

In front of the hall of Goddess Parvathy’s shrine, on the ceiling, 12 zodiac signs (Rasi) are carved beautifully in stone. It is believed that by standing under one’s respective zodiac sign and praying to the goddess, one’s wishes will be fulfilled. 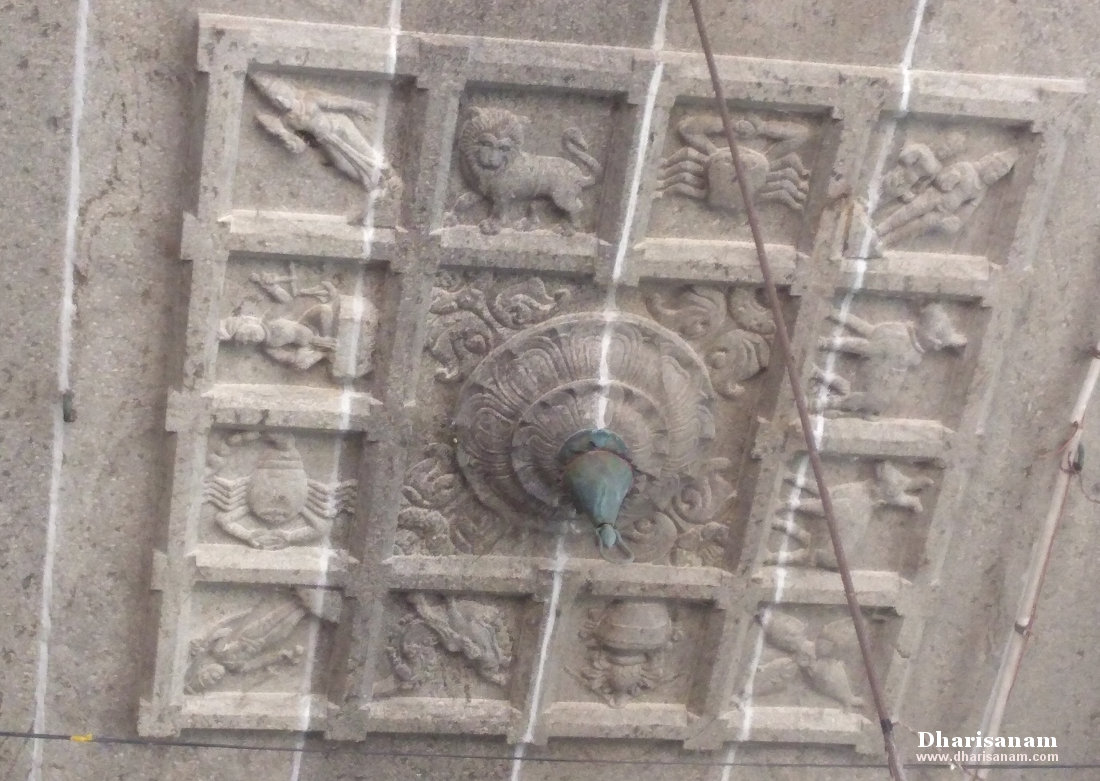 The procession idol of Natarajar of this temple is believed to be very beautiful. It was smuggled into America and was retrieved after many legal battles. Now it is kept under safe custody in some other temple. The Natarajar idol kept here for worship is not the original one.

Saint Pattinathar’s sister lived in this place. The idol of Pattinathar can be seen in the Pattinathu Vinayakar temple.

It is believed that this is the birth place of Saint Aadhi Sankarachariyar’s mother.

Worshiping the lord here on Deepavali during Kubera Pooja is believed to bring prosperity to devotees.

“Angaprathatchanam” is famous in this temple and devotees believe that by doing this, they will be relieved from illnesses and their legal battles will be resolved in their favour.

Kubera Pooja is celebrated in a grand manner on Deepavali. 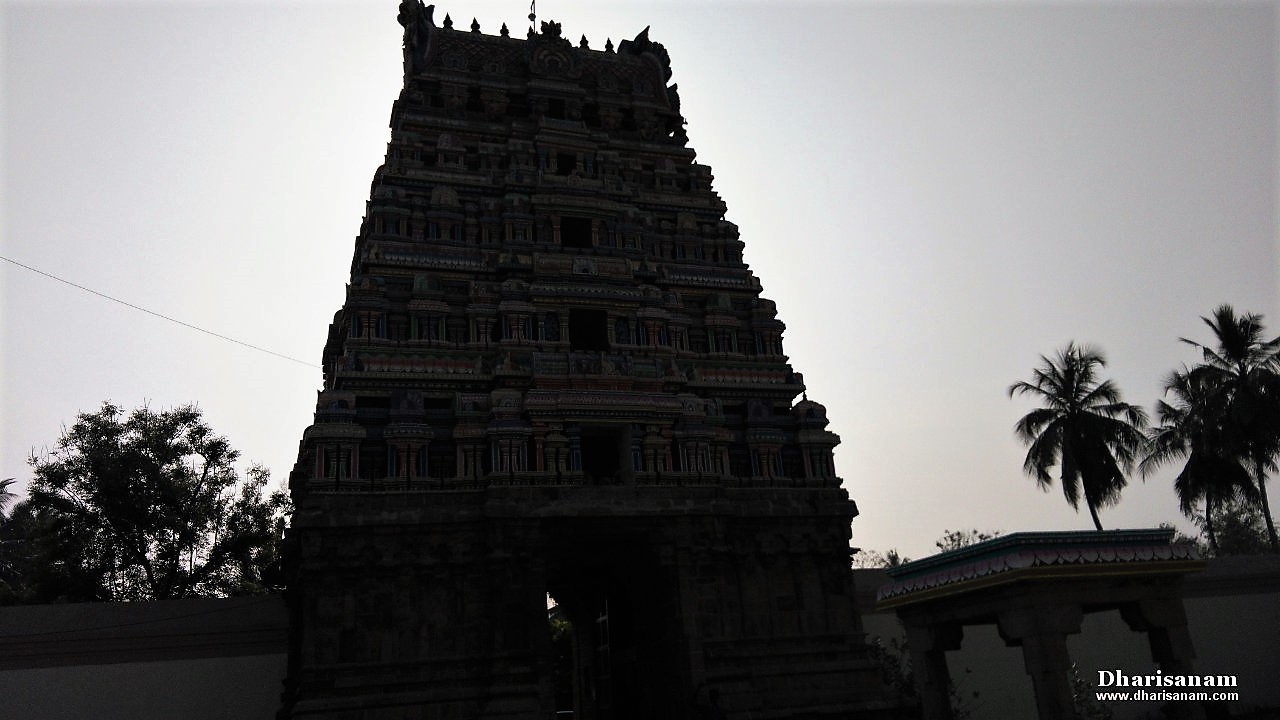 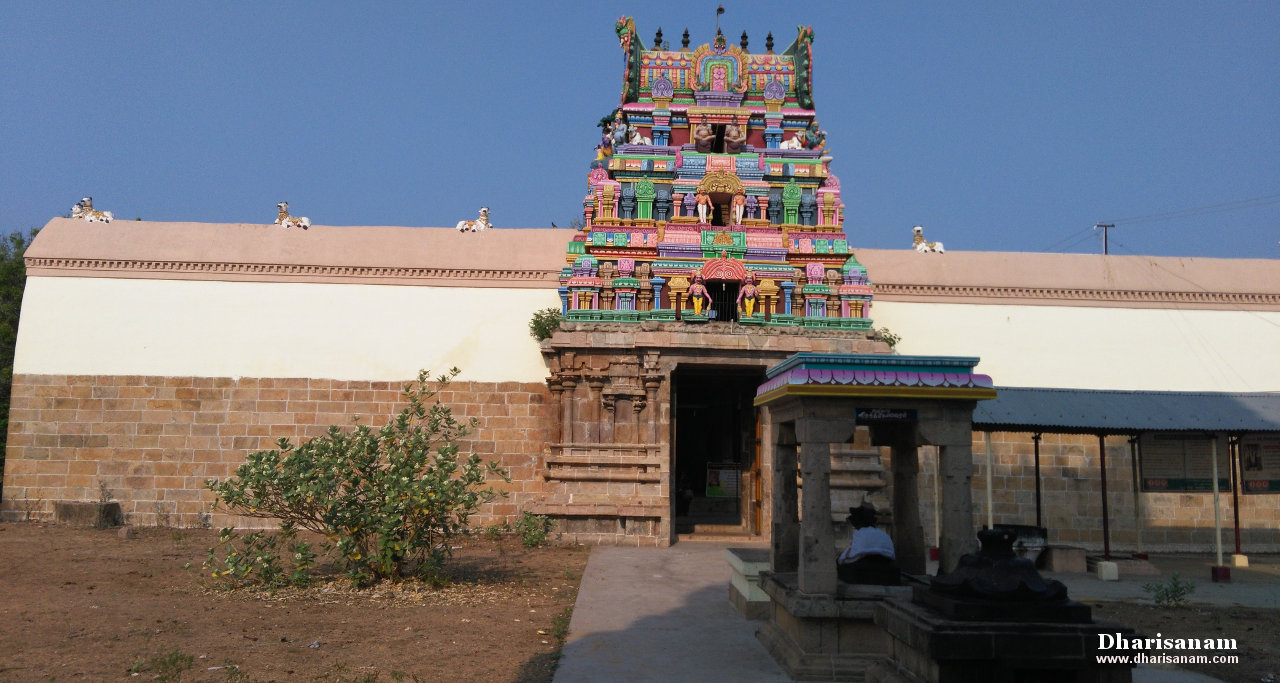 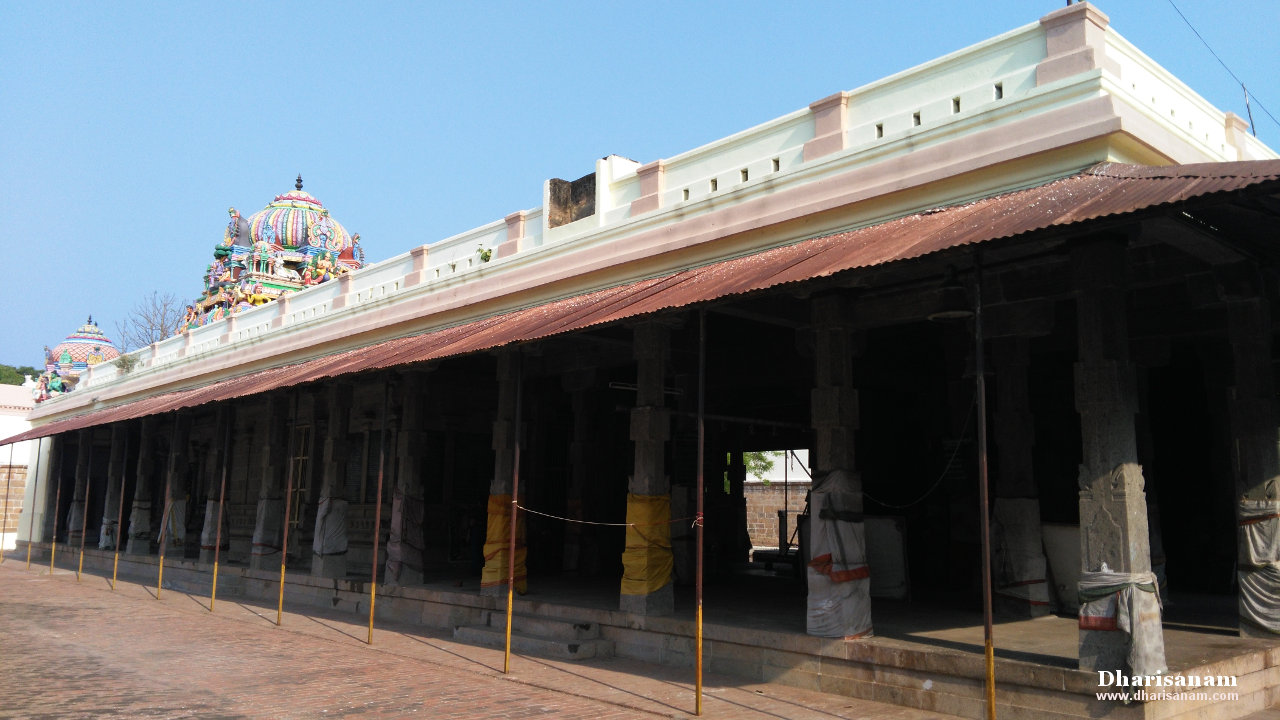