This ancient temple is situated on the southern banks of the river Manniyaru. 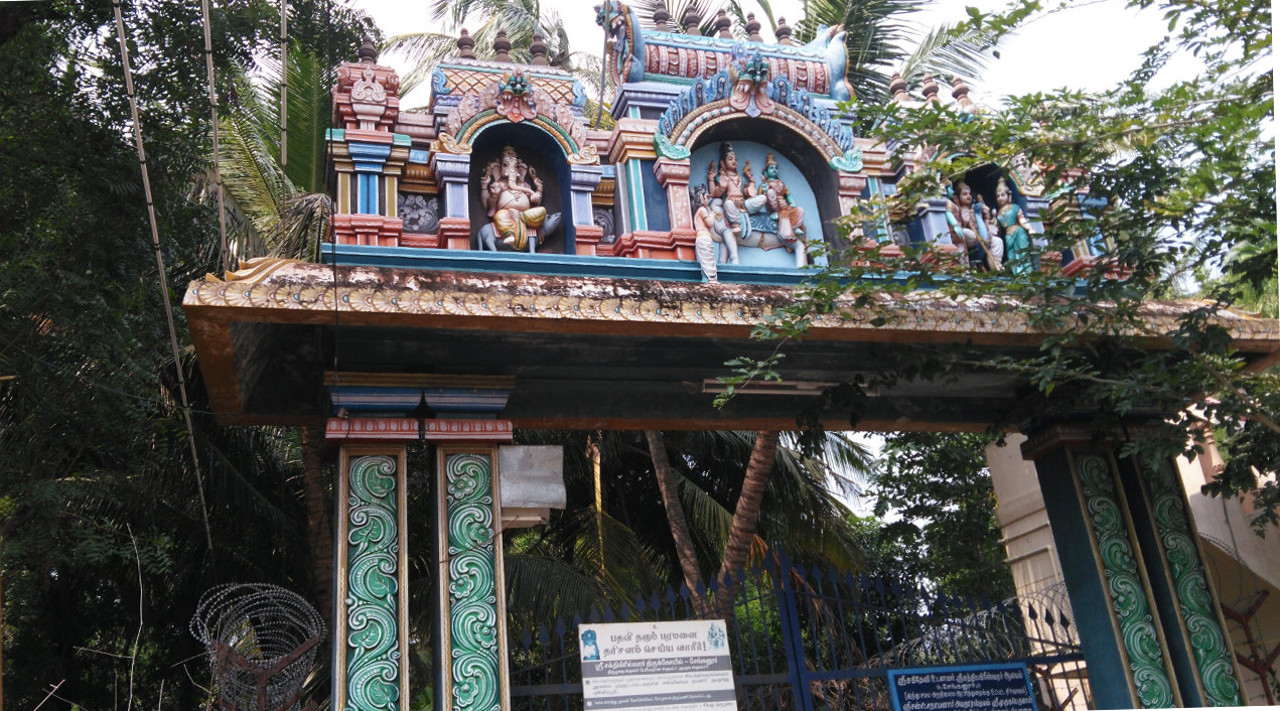 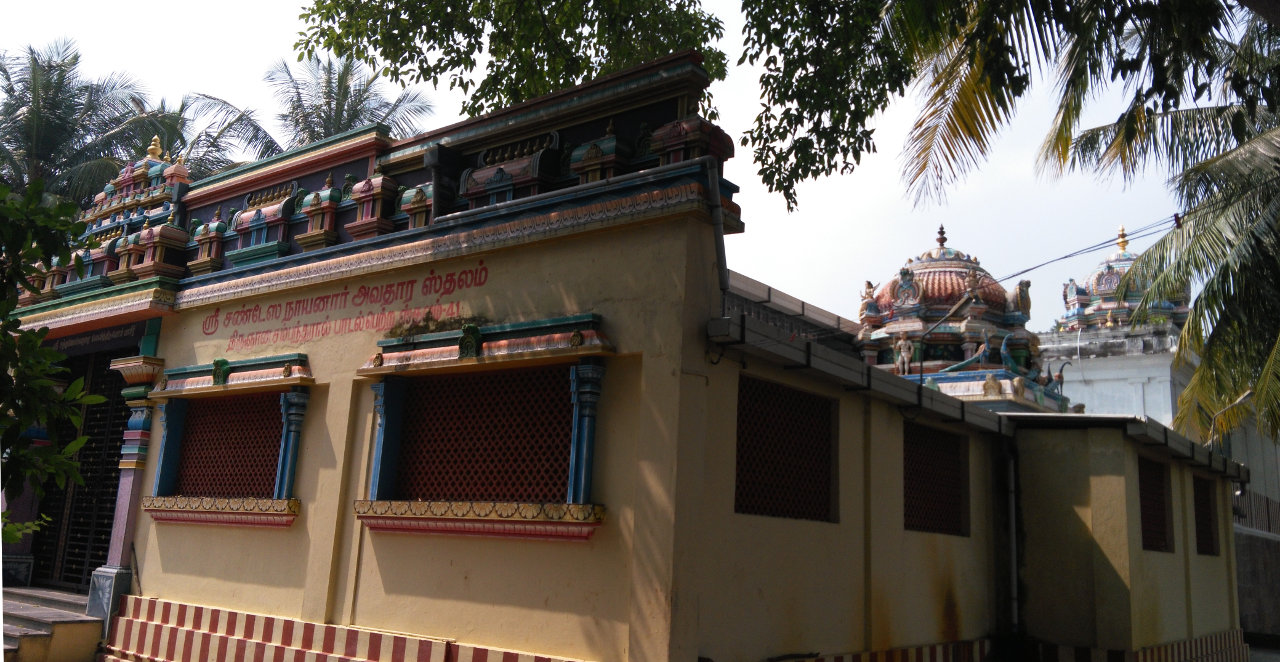 The legend associated with this temple is that of Adisheshan and Vayu. Once there was a contest between Adisheshan and Vayu regarding their prowess. Adisheshan held the Meru Mount tightly and Vayu blew violently to break the mount. It is believed that a small piece called "Sathyam” fell at this place and formed a small hill. This temple was constructed on top of it. Hence, this place was named Sathyagiri and the lord here is known as Sri Sathyagireeswarar.

Another legend associated with this temple is that of Lord Murugan. It is believed that Lord Murugan created a tank here and worshiped Lord Shiva to get “Rudhra Pasupatham” that he needed to destroy the demon Sooran. As this place yielded fruitful results for Lord Murugan, it gets the name “Seinjalur”. Seinjalur is derived from the words “Sei” meaning Murugan, “nal” meaning fruitful and “Oor” meaning place in Tamil. The tank is named after Lord Murugan as “Kumara Theertham”.  The name of the river “Manni Aru”, that flows close to this temple, is said to have been derived from its original name of “Subramanya Nadhi”. (Lord Murugan is also known as “Kumaran” and “Subramanyar”. “Nadhi” means river in Tamil).

Chandikeswarar is one of the 63 revered Nayanmars and is the only one with the title of “lord” (Easwaran). He was the first Nayanmars and was crowned as the head of all the other Shiva devotees by Lord Shiva.

The legend is that there was a brahmin couple, Echathathan and Pavithrai in Seinganur. They had a son called Visara Sarmar. His sacred thread wearing ceremony (Upanayanam) was performed when he turned seven. He was gifted and quickly learnt the Vedas and other scholarly arts at a very young age. He was also very devout and would always think about Lord Shiva.

One day he saw a shepherd beating a calf that had attempted to hit him. Visara Sarmar asked the shepherd not to beat the cows whereupon the shepherd asked the child in jest to take up the job of shepherding. Visara Sarmar thought that this would be the best way for him to serve Lord Shiva as he saw the cows to be representing Kamadhenu (the divine cow). He further considered the cows in high esteem because they give “Panchakavyam” (five offerings) to the lord. So he decided to take up the shepherd’s offer and requested the cattle owners that he be given the job of grazing the cows. They agreed to his request. He used to bring the cows to Thiruvaipadi for grazing. As he showed much affection towards the cows, the cows reciprocated his love by producing plenty of milk. 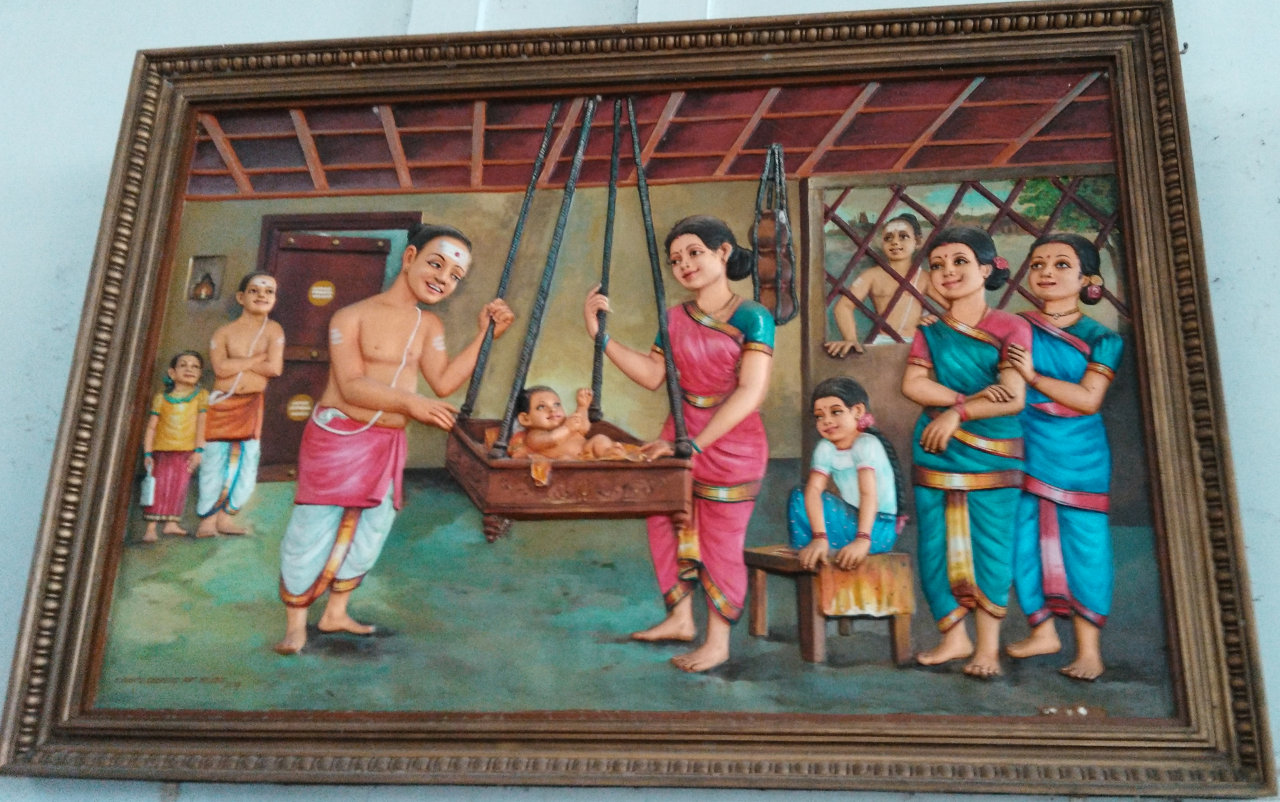 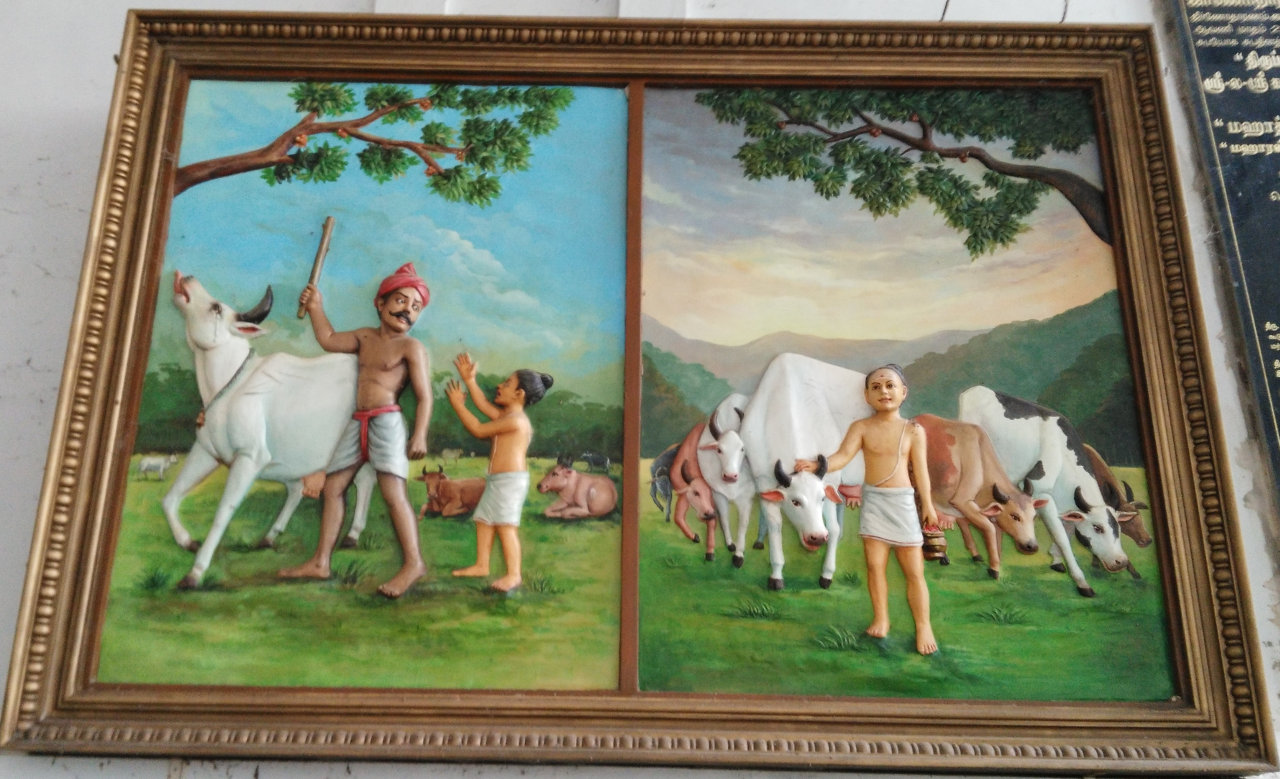 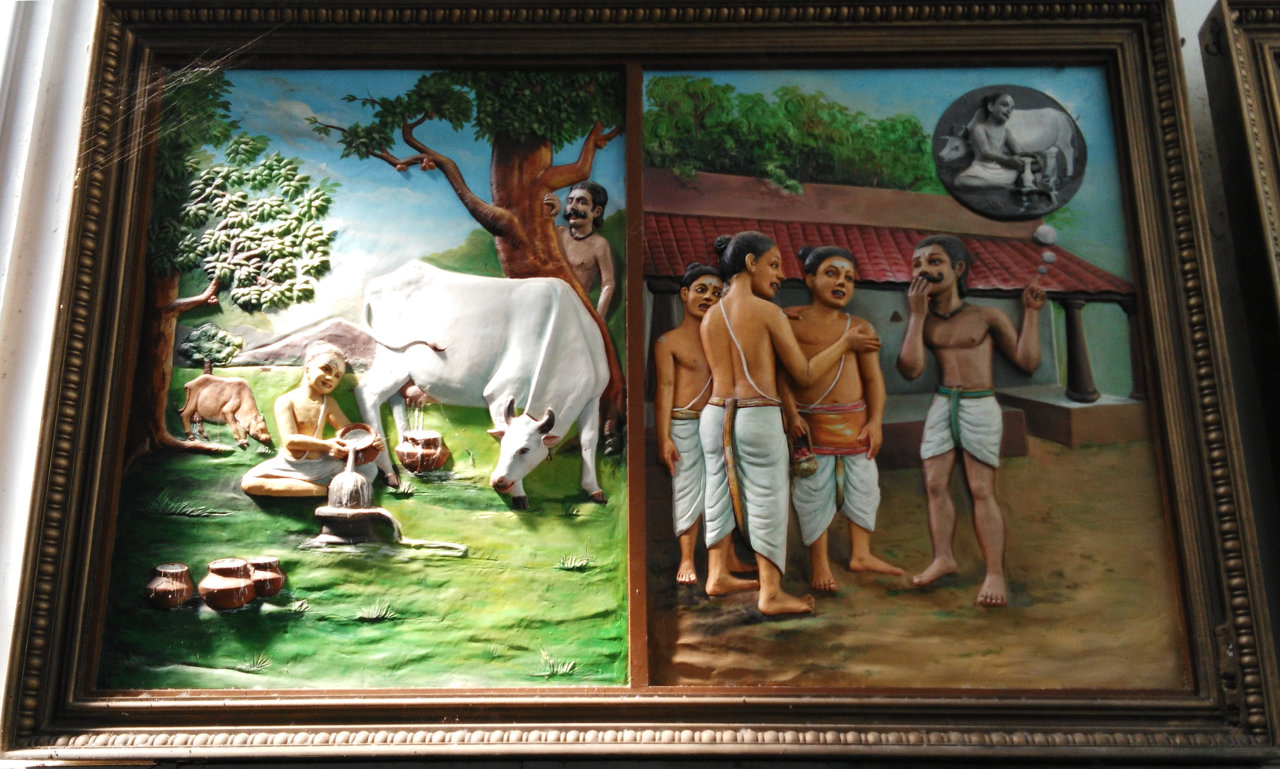 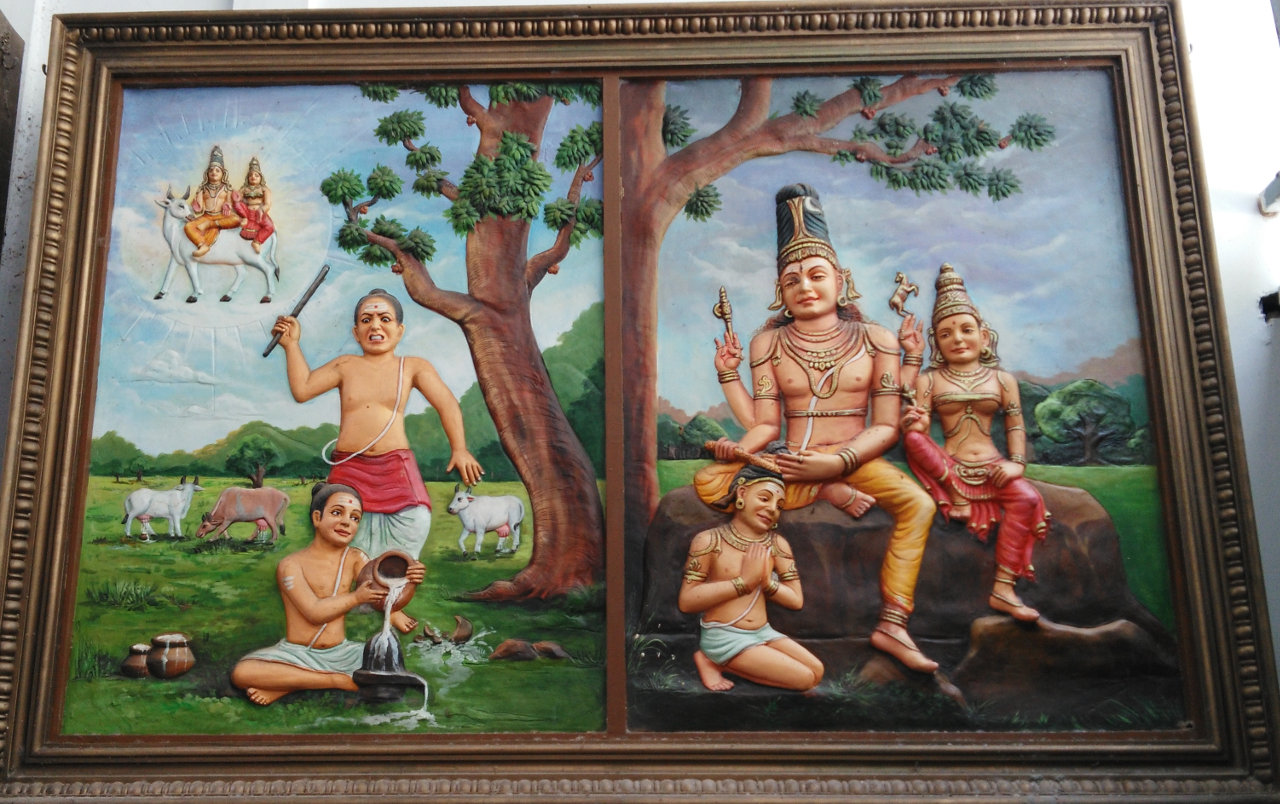 As Visara Saruman was always drowned in thoughts about Lord Shiva, he made a lingam with the river sands, installed it on the banks of the river under an Aathi tree and performed pujas. He would offer milk to the lingam which he himself milked from the cows. In spite of this, the cows gave their routine amount of milk to their owners too. The shepherd from whom Visara Sarmar took the job watched his activities and complained to the cow owners that the boy is milking the cows and wasting some of the milk which could be used for other purposes. This news reached his father and he wanted to know the truth. One day he visited the grazing place and saw his son performing pujas and abishekam. Angered by what he saw, his father hit Visara Sarmar and then kicked away the pots of milk.

Since Visara Sarmar was deep in his worship, he did not see who was disrupting his pooja. Instinctively, he retaliated by attacking the intruder with a stick and then continued his worship. However, the stick turned into an axe and cut the legs of his father. At this point, Lord Shiva along with Goddess Parvathi granted darshan to Visara Sarmar and said that he had cut his own father’s legs because of his devotion. The lord was so impressed by his devotion that he decided to act as Visara Sarmar’s father. The lord further honoured Visara Sarmar by embracing him and adorning his neck with a garland that he himself had worn. The lord also made him the chief caretaker of his wealth. The lord further named him as “Chandikeswara”.

While praying to Chadikeshwarar, devotees click their fingers or clap. This is to show Chandikeshwarar that their hands are empty and that they are not taking away any of Lord Shiva’s wealth. Since Chandikeshwara is always in deep meditation, this clicking / clapping sound is also to awaken him.

It is believed that on a new moon day on Shivrathri, Sandikeswara Nayanar attained salvation (“Moksham”) in Thiruvaippadi, which is very near to this place.

Other than the shrines of Lord Shiva and Goddess Parvathy, shrines and idols of Maha Ganapathy, Subramaniyar, Natarajar, Kasi Vinayakar, Kasi Viswanathar with Visalakshi and Gajalakshmi can be seen in the corridors.

In the “koshtam” (place surrounding the sanctum sanctorum), idols of Dakshinamurthy, Mahavishnu, Brahma, Durgai and Chandikeswarar can be seen.

There is a separate shrine for Lord Murugan in the front hall.

There is also a separate shrine for Sri Shakthi Gireeswarar (under the tree) and Chandikeswarar in the outer corridor. 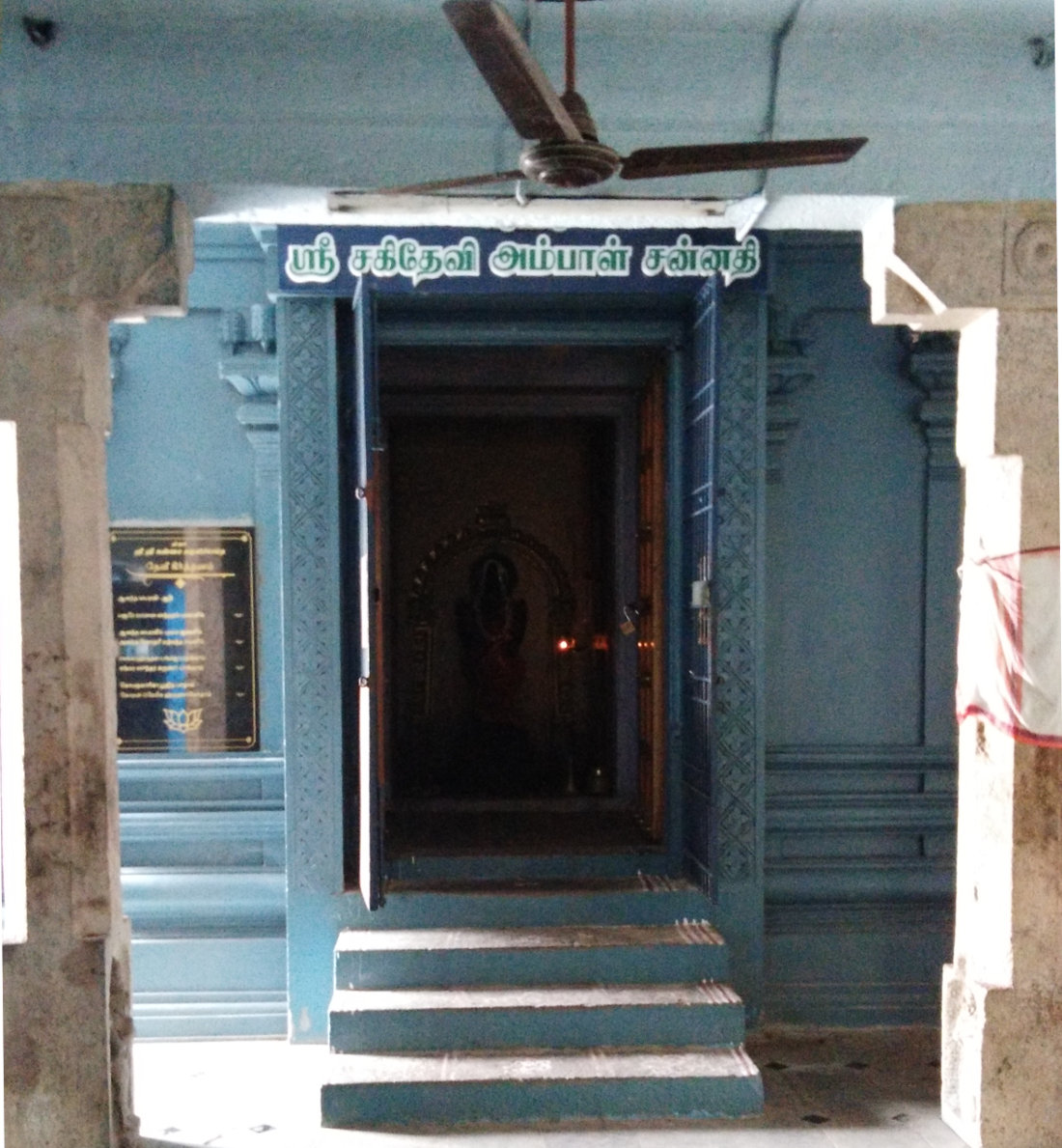 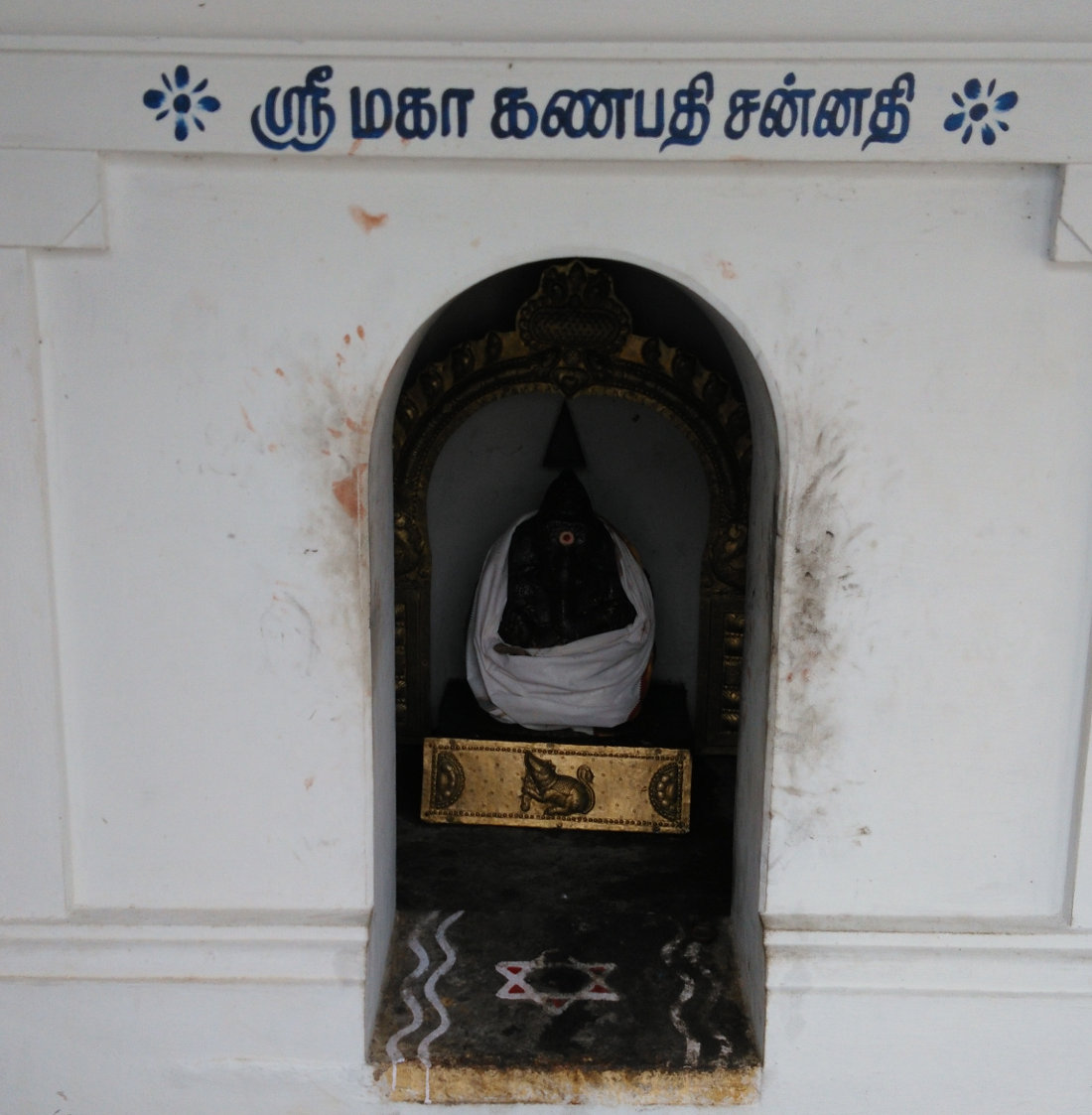 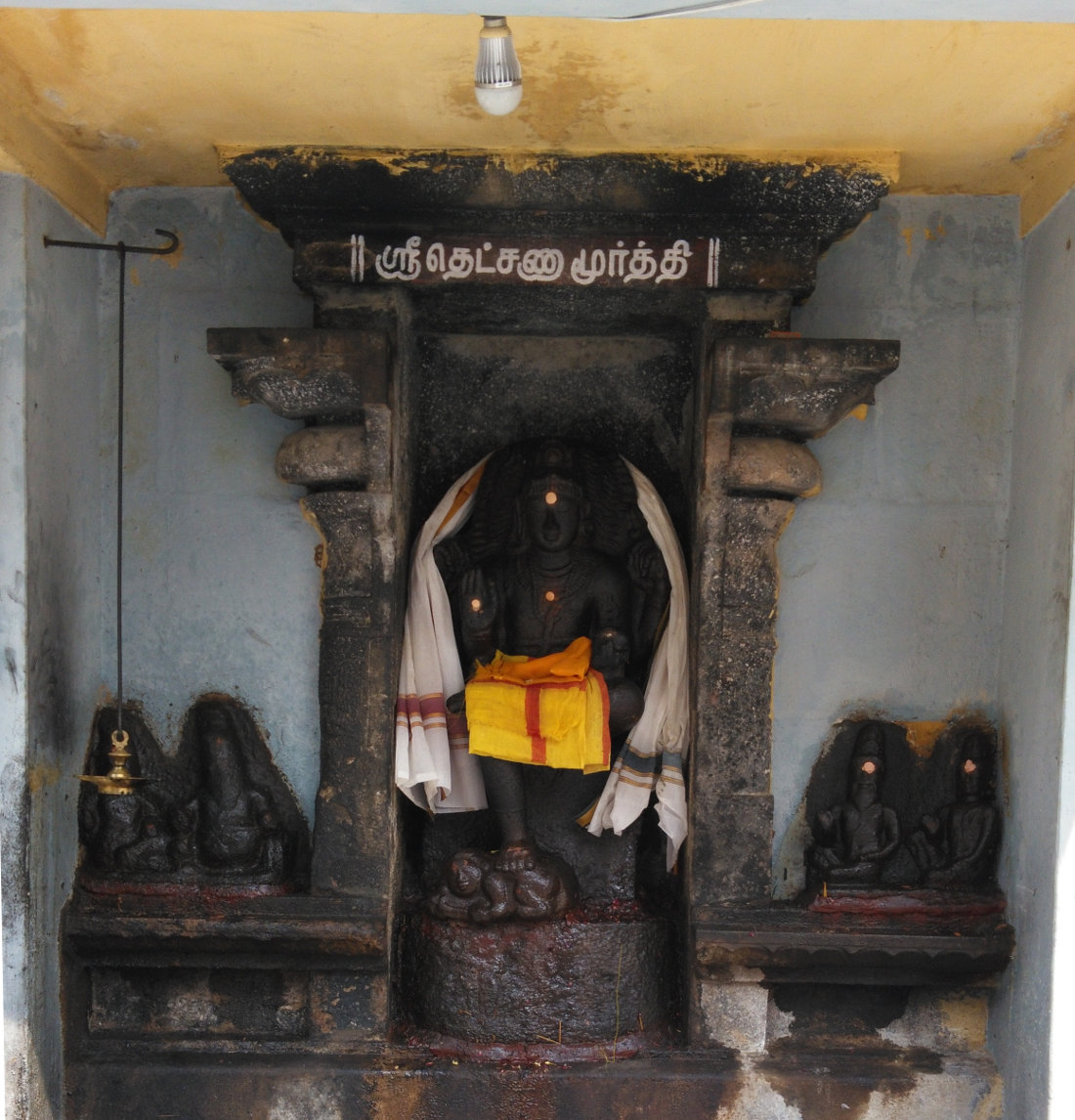 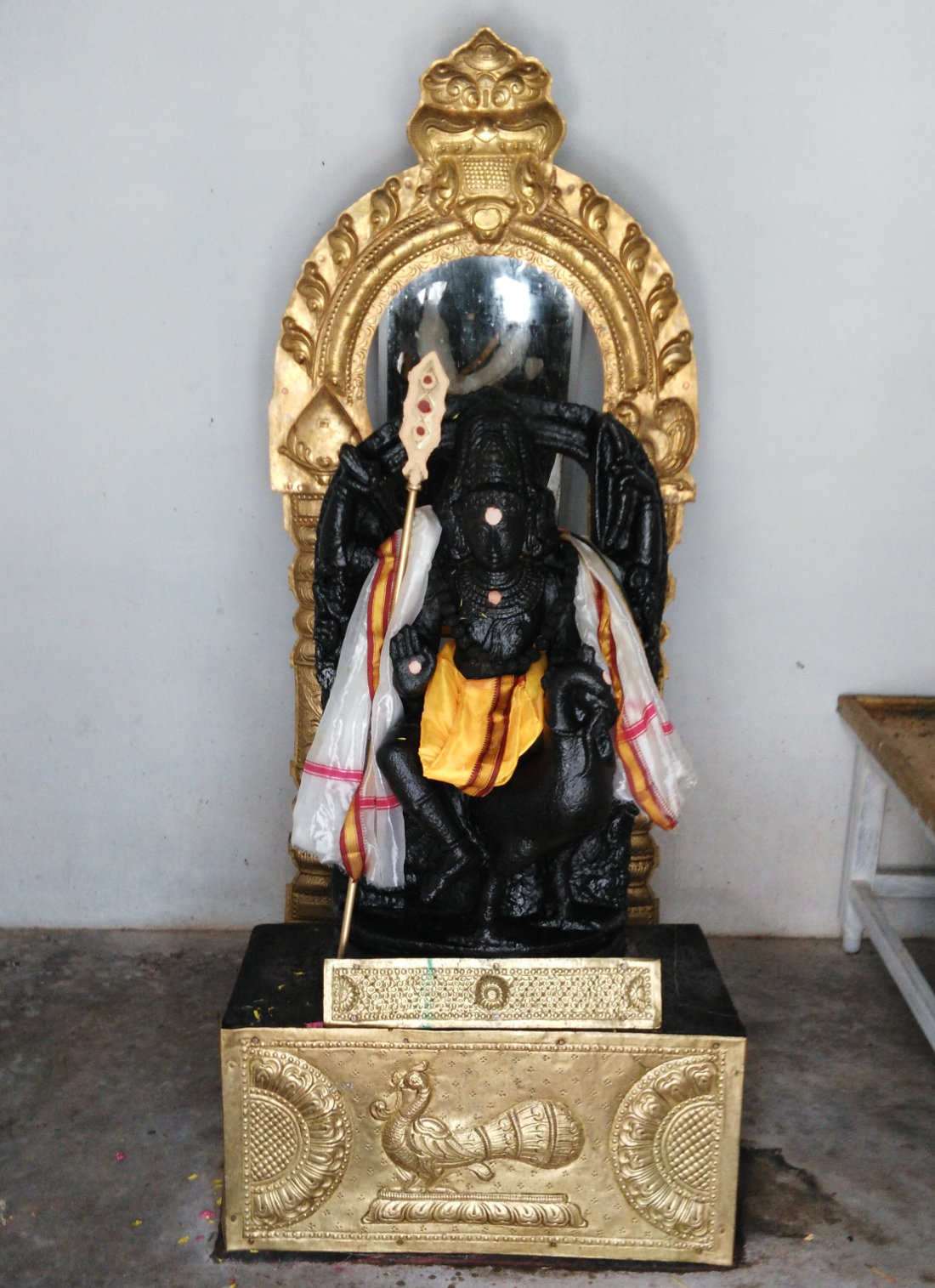 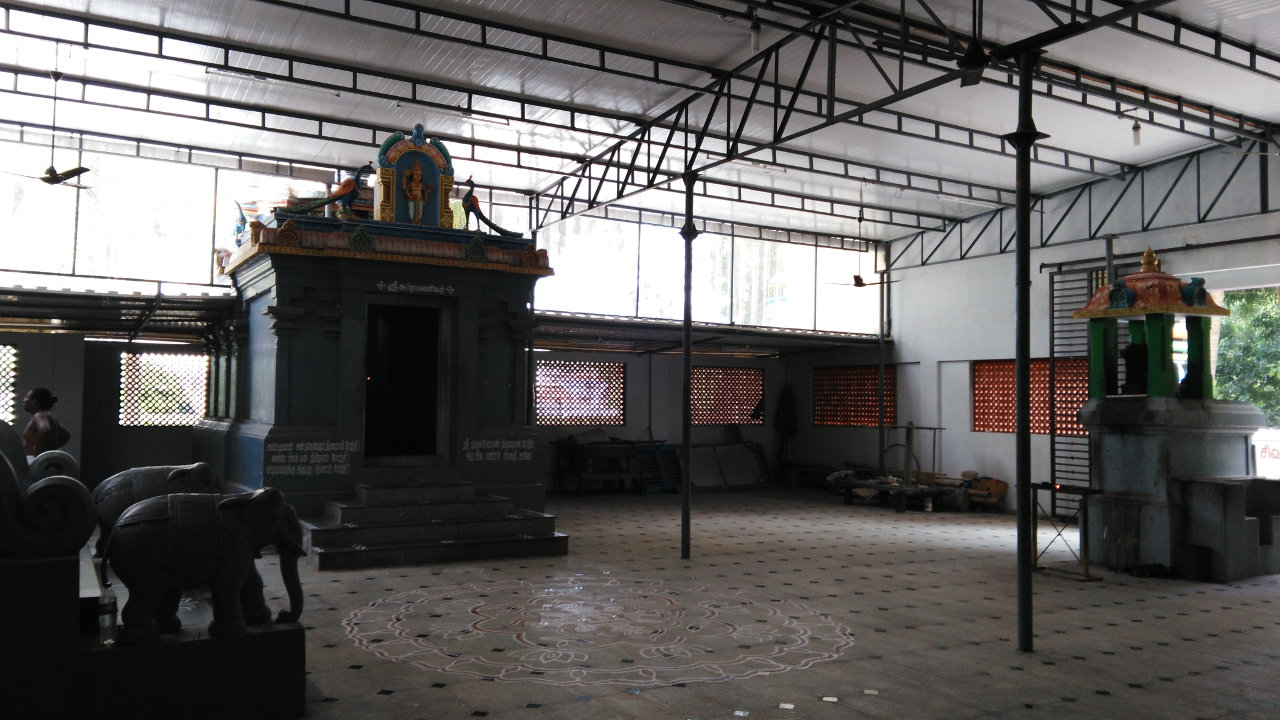 Goddess Parvathy is praised here as Sri Sakidevi. This is very unique as she is not referred to by this name anywhere else.

The unique feature of the idol of Chandikeswarar here is that he is seen wearing “Kundalam” in his ears and has dreadlocks (“jadamudi”). On his head, moon and Ganges can also be seen. This posture is indicative of the legend that Lord Shiva gave darshan to him here. 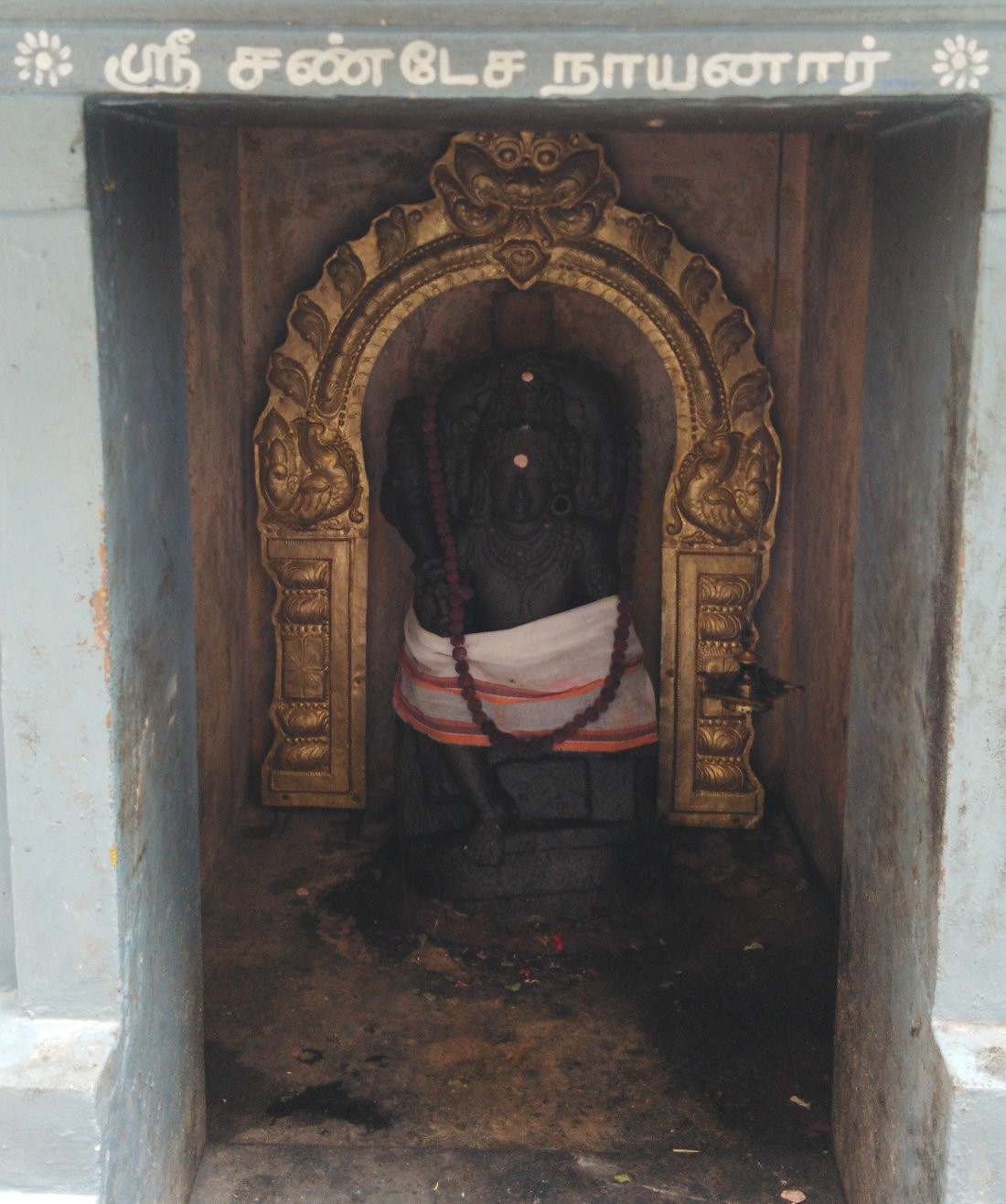 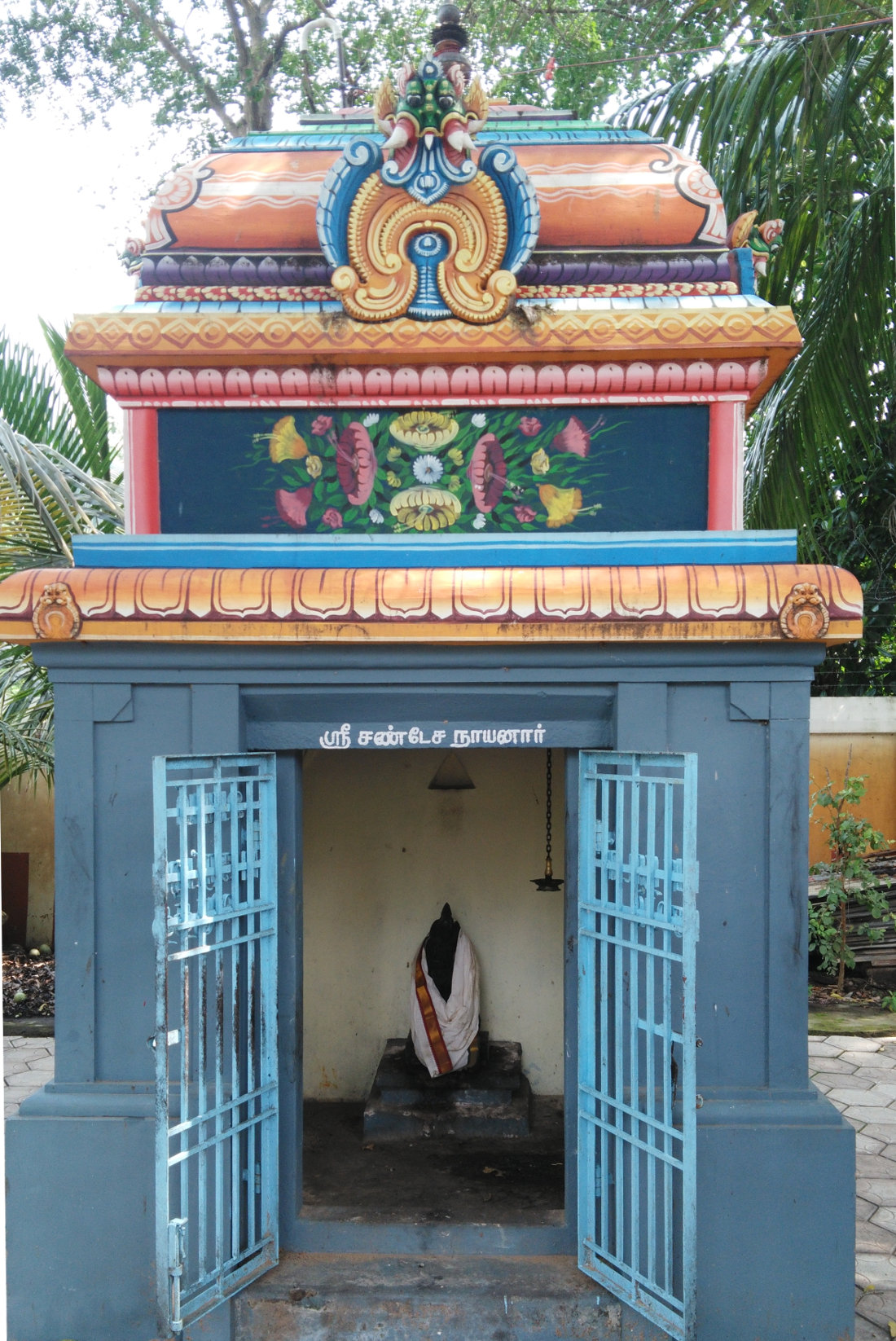 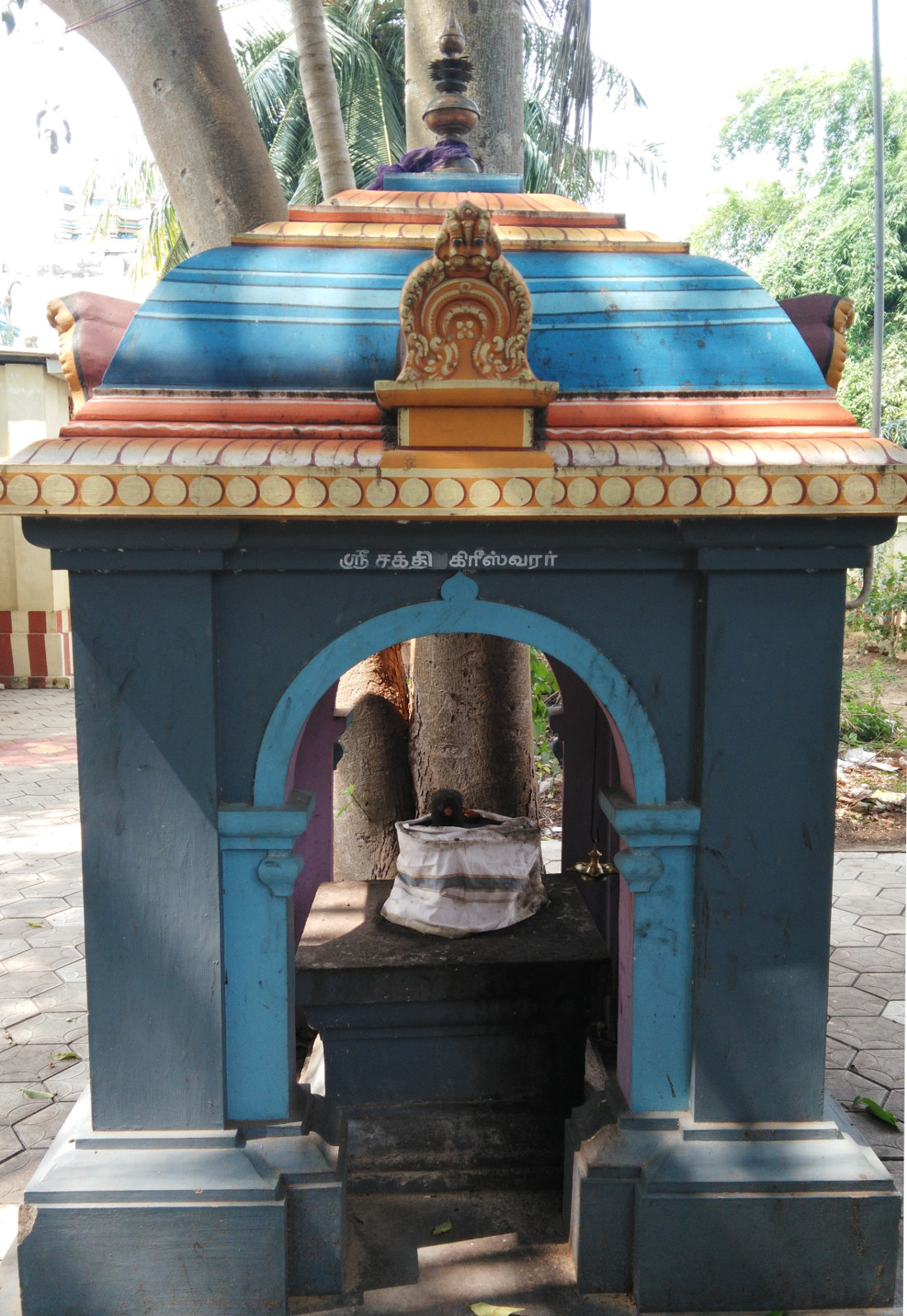 As per Periyapuranam, there were five sthalams where the crowning ceremony of Chola kings used to take place. Of these, Seinganur was of prime importance.

All temples have a separate shrine for Chandikeswarar. In that respect, this temple itself is considered to be the Chandikeswarar shrine for the Thiruvidaimaruthur Sri Mahalingaswamy temple.

The stone idol of Lord Bhairavar is placed in the main hall. If we gently tap on this idol, it gives the sound that would be produced from a metallic bronze idol. 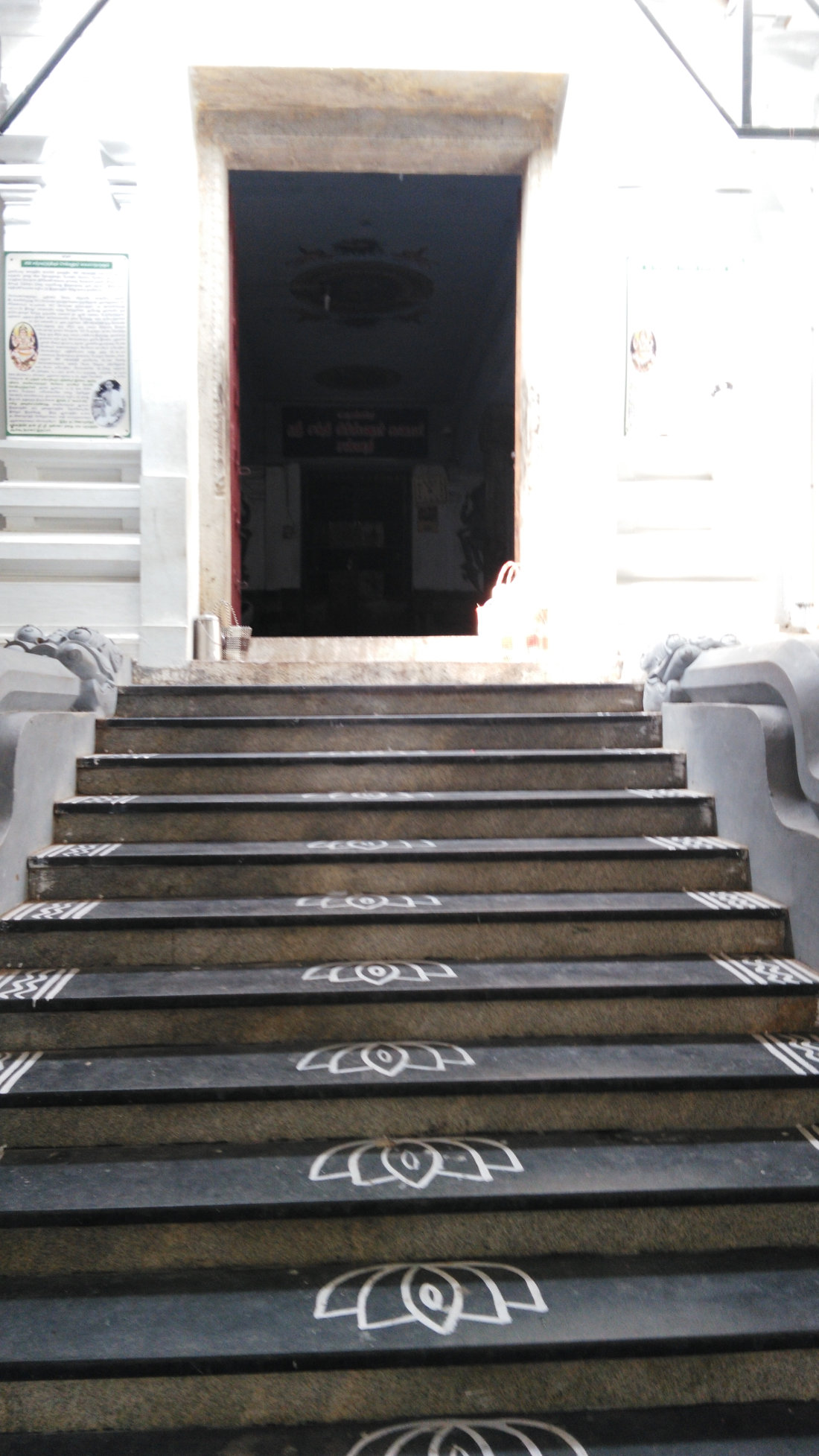 It is believed that worshiping the lord here will result in regaining one’s lost power or position.

Devotees believe that worshipping Lord Shiva here will bring them wealth and prosperity.

Chandikeswara Nayanar’s birthday on the “Uthiram” star day in the Tamil month of Thai (Jan-Feb).

Skanda Shashti and Annabishekam in the Tamil month of Aippasi (Oct – Nov), 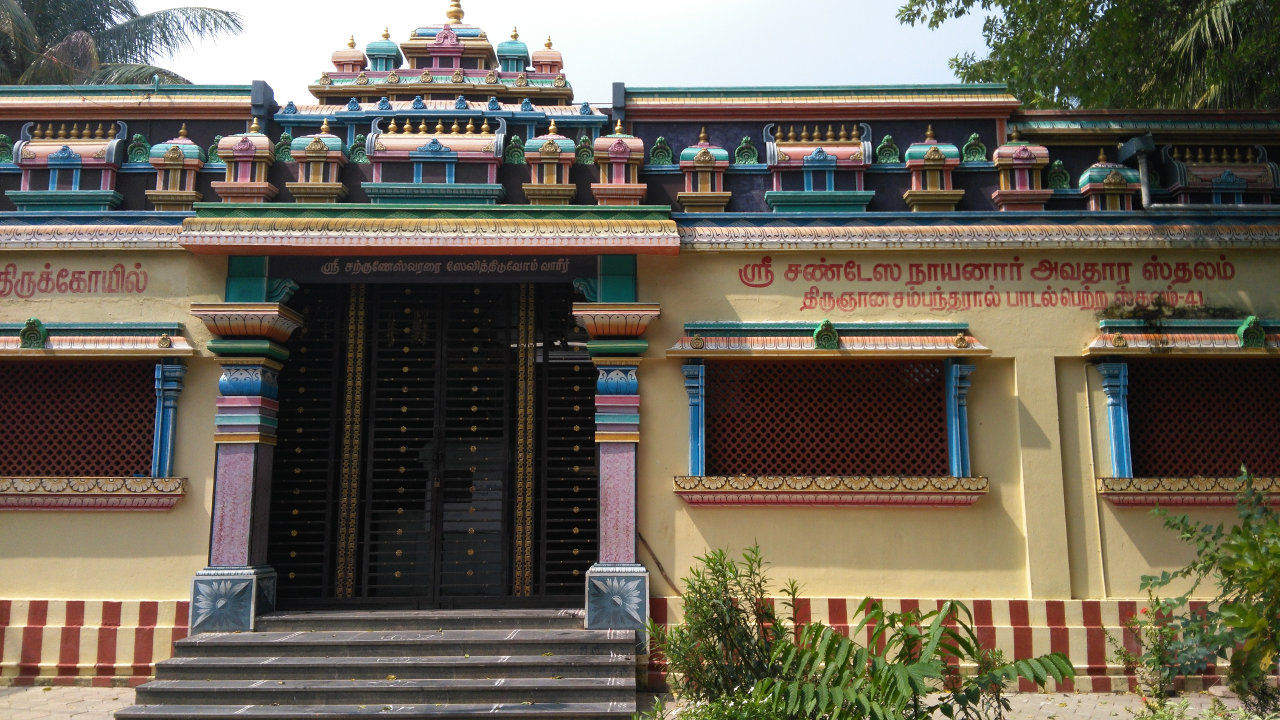 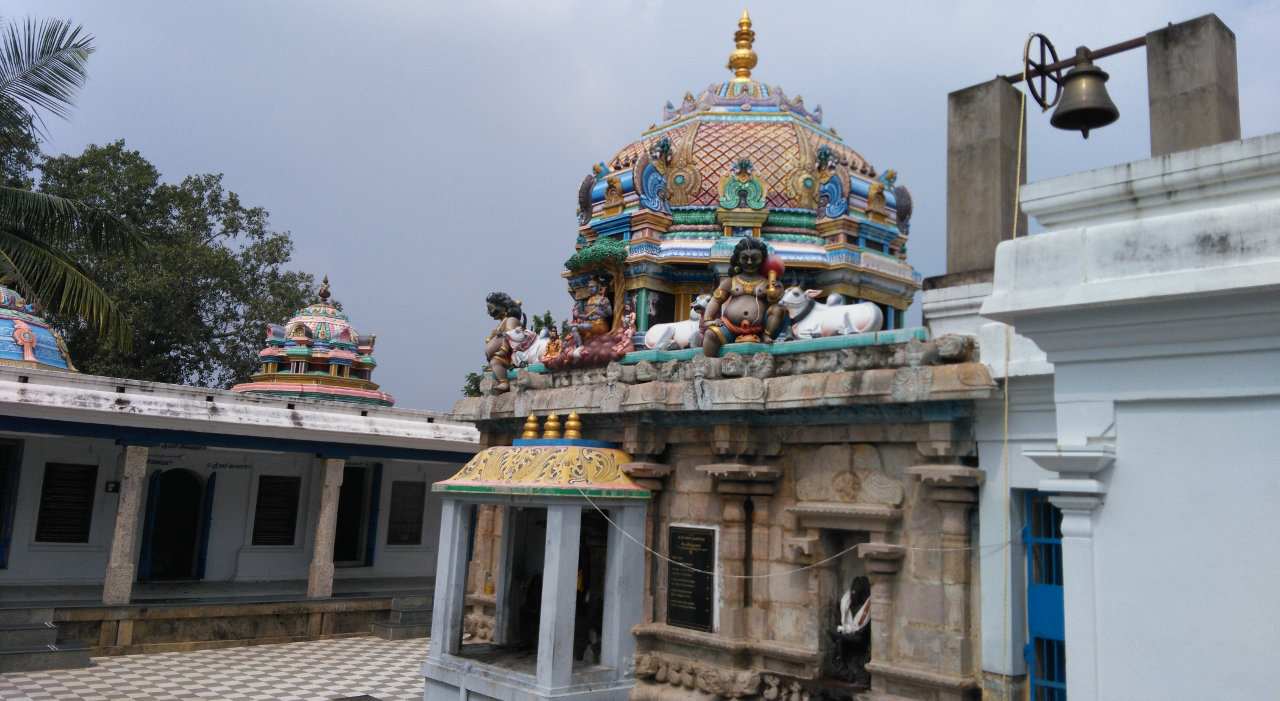 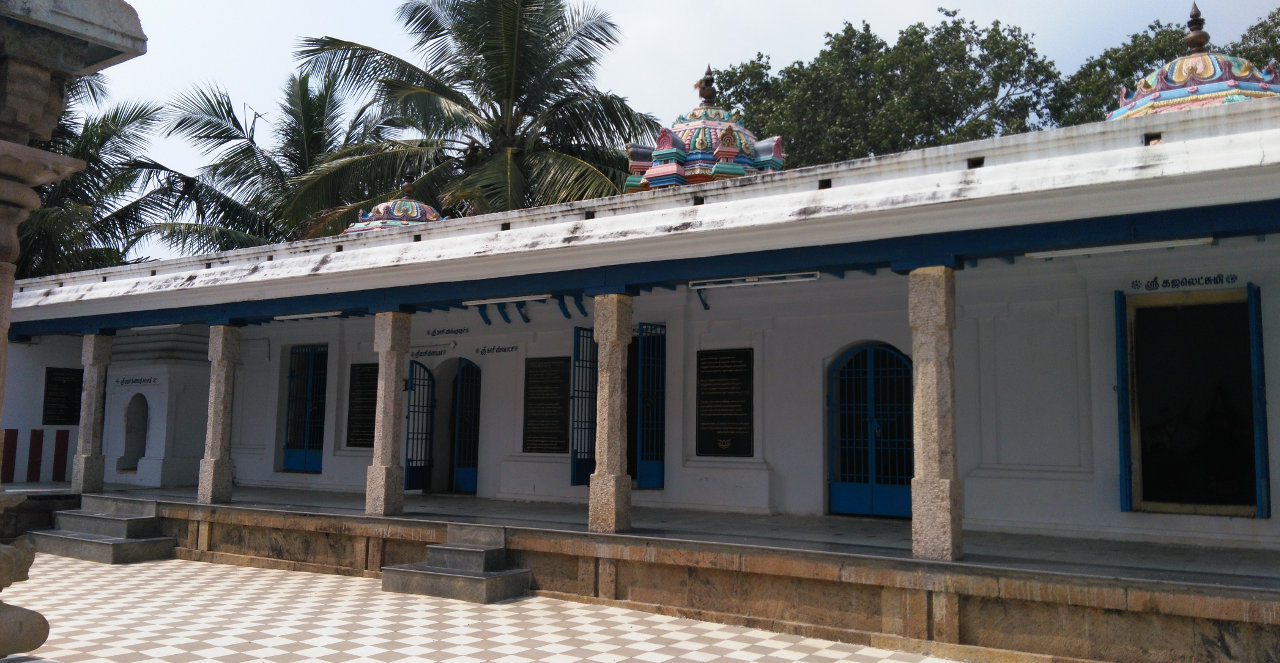 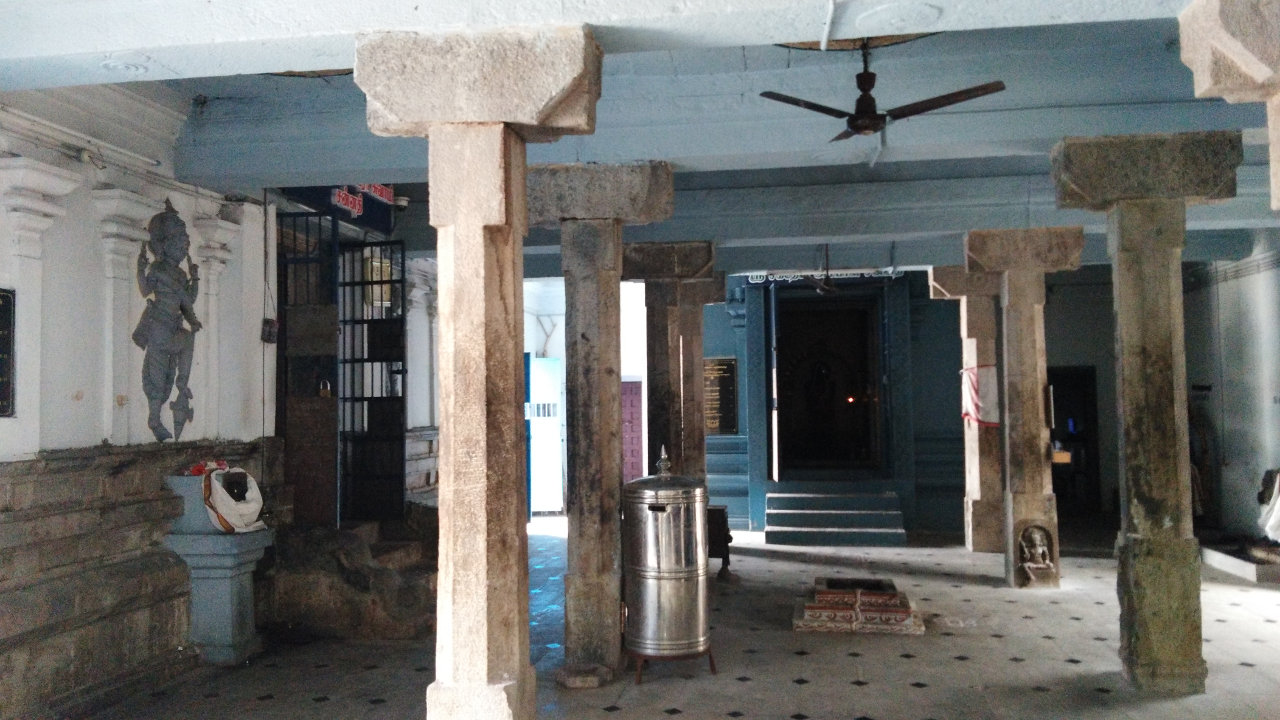