Thiruchaikkadu is situated at a distance of about 20 kms from Mayiladuthurai on the Mayiladuthurai to Poompuhar route. From Sirkazhi, it is about 17 kms.

Poompuhaar was the capital of the Chola kingdom.

According to legend, in ancient times, this region was a forest densely covered with “Chai” plants (“Korai” in Tamil). Hence thisplace gets the name “Chayavanam” (“Vanam” means forest in Tamil). Other historical names of this place are Chaikadu and Melayur.

There are 13 stone inscriptions available here – 10 are from the period of the Chola kingdom (Vikraman, Rajarajan, Kulothungan-III and Rajendran) and the rest of the 3 are from the time of Pandiya kingdom (Sundara Pandiyan). In one of the inscriptions, this place’s name is mentioned as “Rajathiraja valanaattu Nangoor Naattu Kaveripoompattinaththu Thiruchaikkadu”. 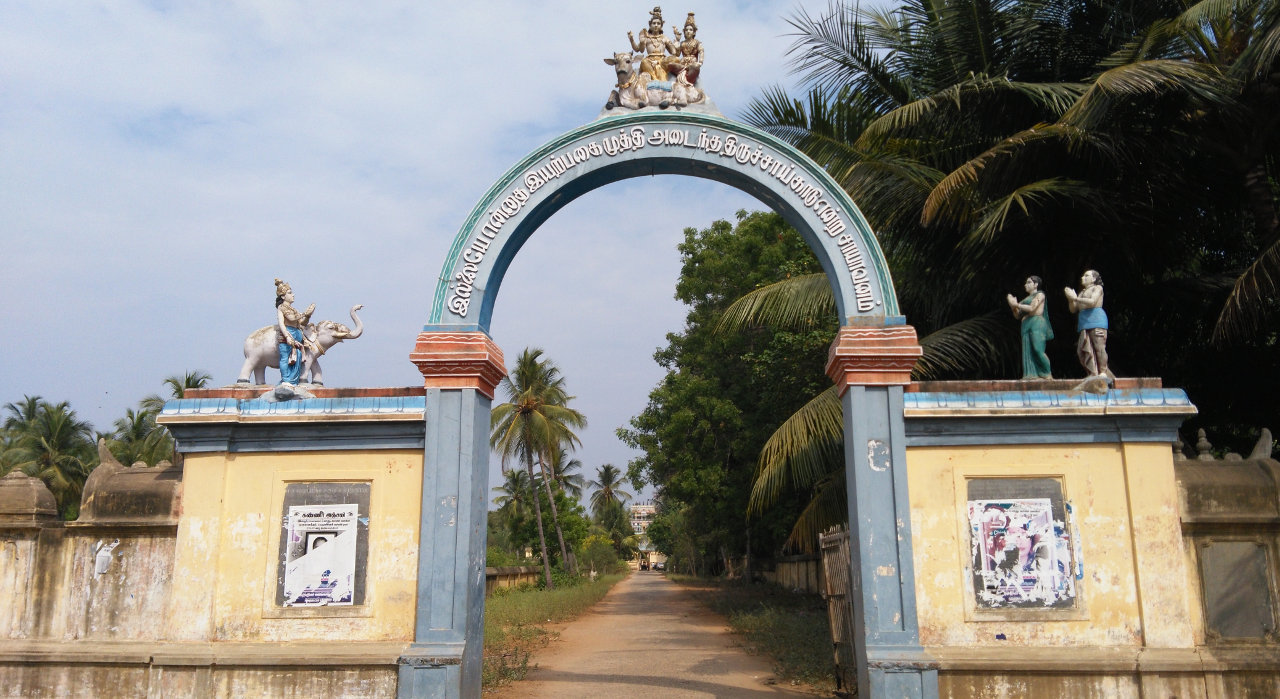 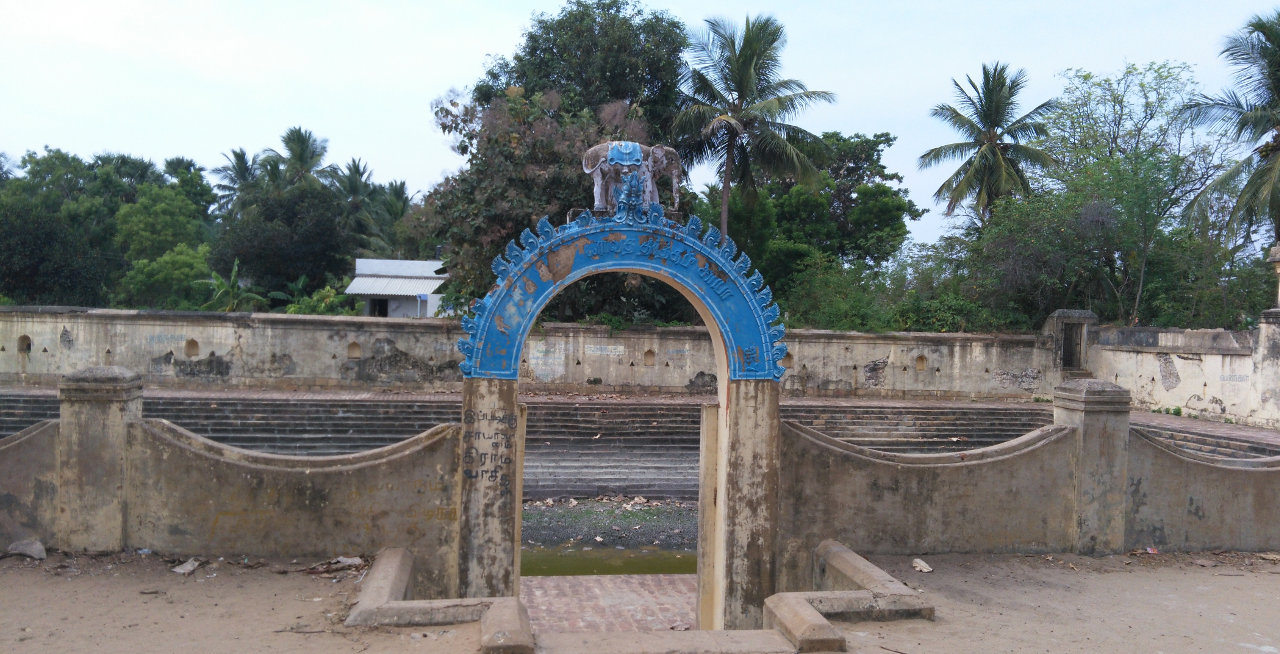 The legend is that Athithi, mother of Indran, had a desire to come to earth and worship Lord Chayavaneswarar. She came to this place and worshiped the lord. When Indran came to know that his mother was so enamoured by this place, he decided to take this temple to his place where his mother could worship the lord every day. He tried pulling the temple using his white elephant Iraavadham. However, even Iraavadham’s enormous strength could not move it.

At this point it is believed that Lord Shiva appeared before Indran and asked him to drop this idea and ask his mother to perform her worship here itself. The scar due to the lingam being tied to the elephant can still be seen on the lingam. Lord Shiva’s shrine in this temple also looks like a chariot. When the elephant was about to pull the temple, its tusk hit the earth. A pond was created there that is now known as “Iraavada Theertham”.

Also, it is believed that during this event, Goddess Parvathy made a sound that was sweeter than a nightingale (“Kuyil” in Tamil). Hence, she is praised as “Kuyilinum Nanmozhi Ammai”.

Another legend associated with this temple is that of Eyarpagai Nayanar, one of the 63 Nayanars. He was born and attained salvation in this place. It is believed that both Eyarpagai Nayanar and his wife, Karpinukarasiyar, were staunch devotees of Lord Shiva. They used to fulfil the needs of devotees with lots of devotion. Lord Shiva wanted to showcase their high standards of devotion to the entire world. He came to his house in the form of a Shiva devotee and praised the Nayanar about his services to Shiva devotees. When the Nayanar asked him what he needed, Lord Shiva asked him to send his wife with him for help. Without any hesitation, Nayanar asked his wife to go with the devotee which she also obeyed.

When Nayanar asked the devotee whether he is expecting anything else, the devotee asked Nayanar to accompany him with his wife as an escort till the border of the village. The devotee further told the Nayanar that they might be attacked by the local people and his relatives. Nayanar agreed to this also and escorted them with a long sword till the border of the place. Nayanar resisted the opposition of the people and took them safely till the border. Nayanar was then asked to go back.  When he turned around and started walking, the devotee called him loudly. When Nayanar turned around, he saw that the devotee had disappeared and in his place stood Lord Shiva and Goddess Parvathy seated on Lord Shiva’s bull mount. Lord Shiva explained to him that he was involved in this trickery only because he wanted to showcase to the world their exemplary devotion.

Other than the shrines of Lord Shiva and Goddess Parvathy, shrines and idols of lords Vinayakar, Murugan Gajalakshmi, Bairavar, Navagraham, Suryan, Indran and the Moovars can be seen in the corridors.

Since this temple legend involves Saint Iyarpagai Nayanar and his wife, there is a separate idol for them in the corridor. 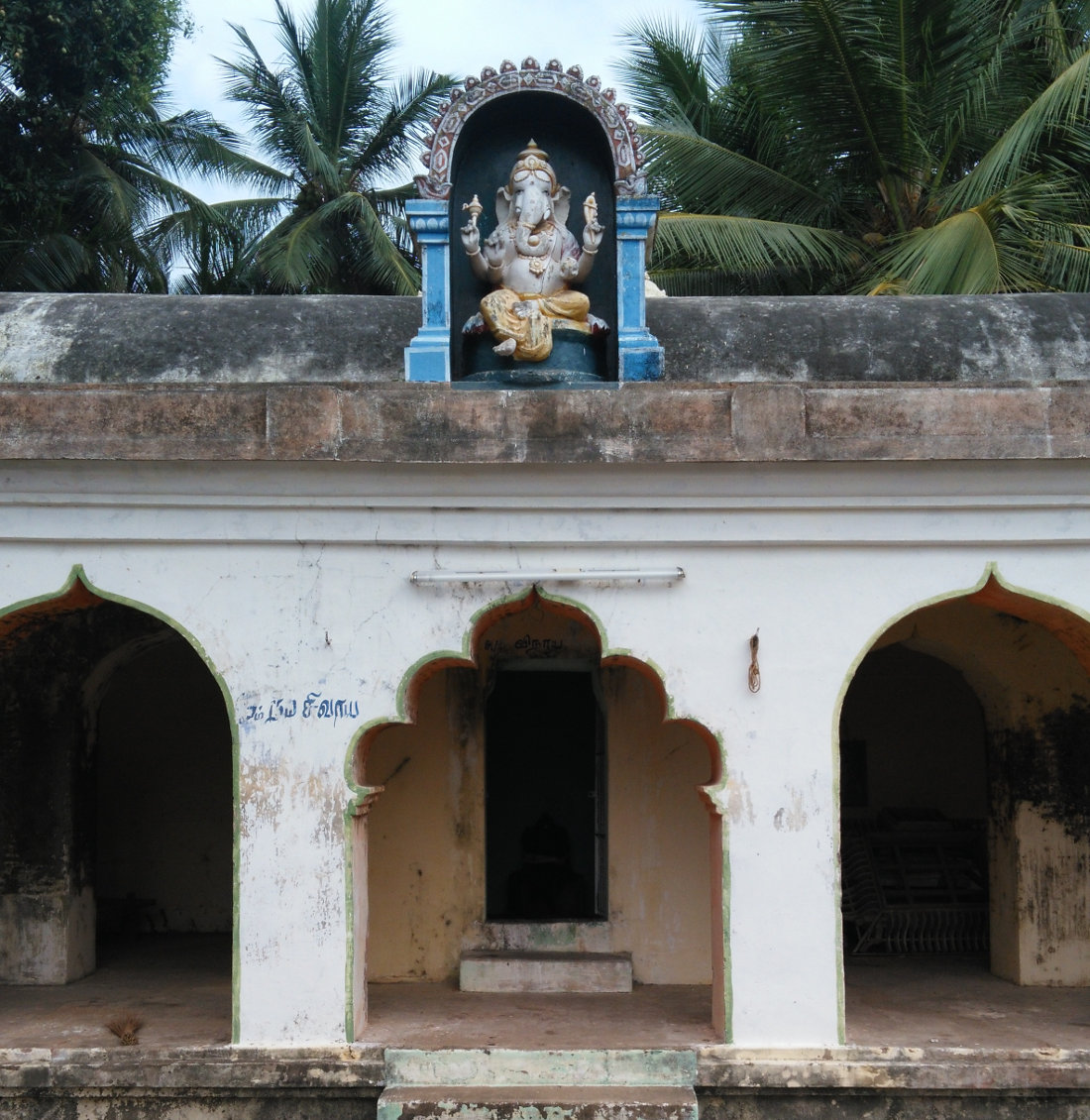 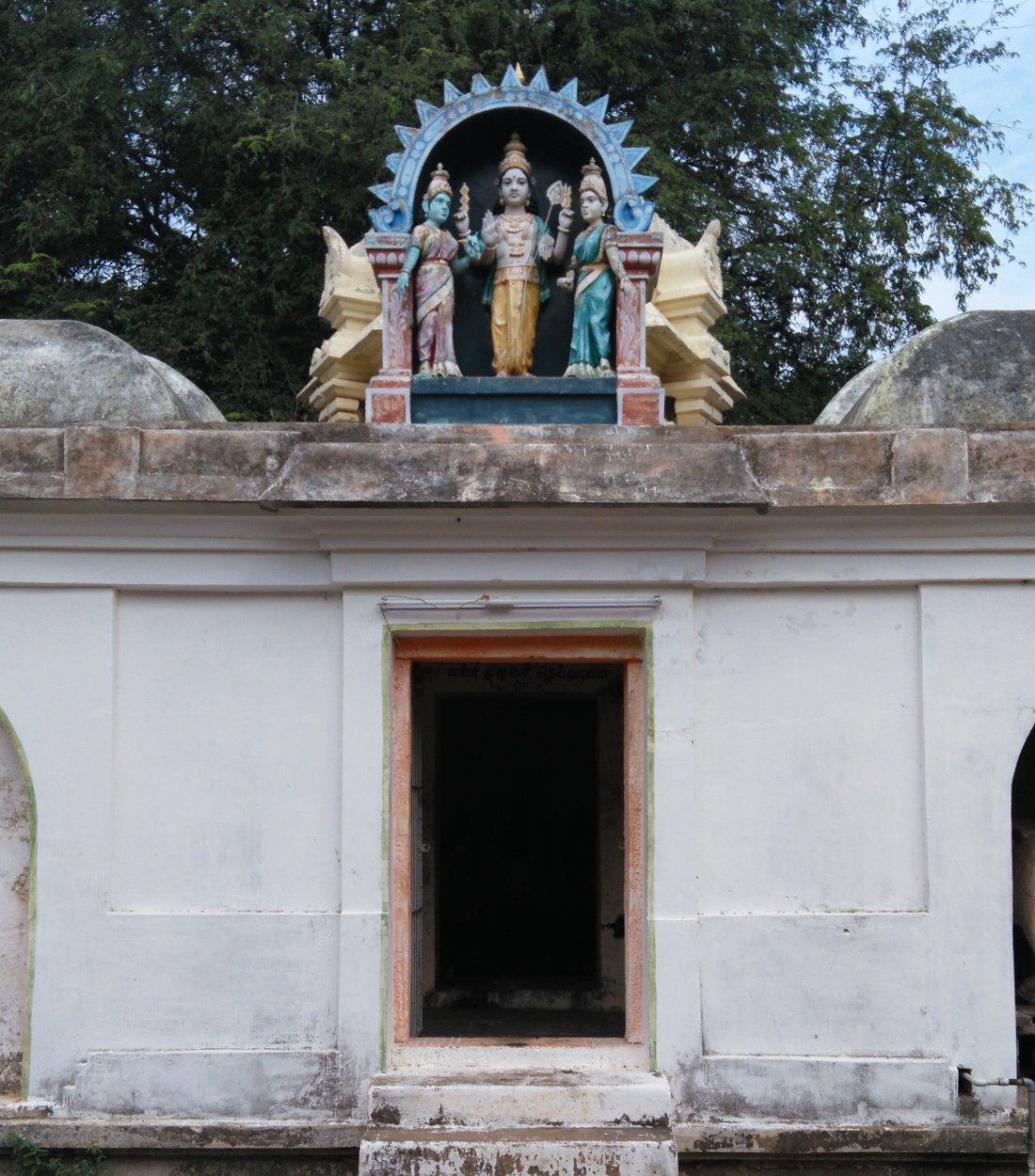 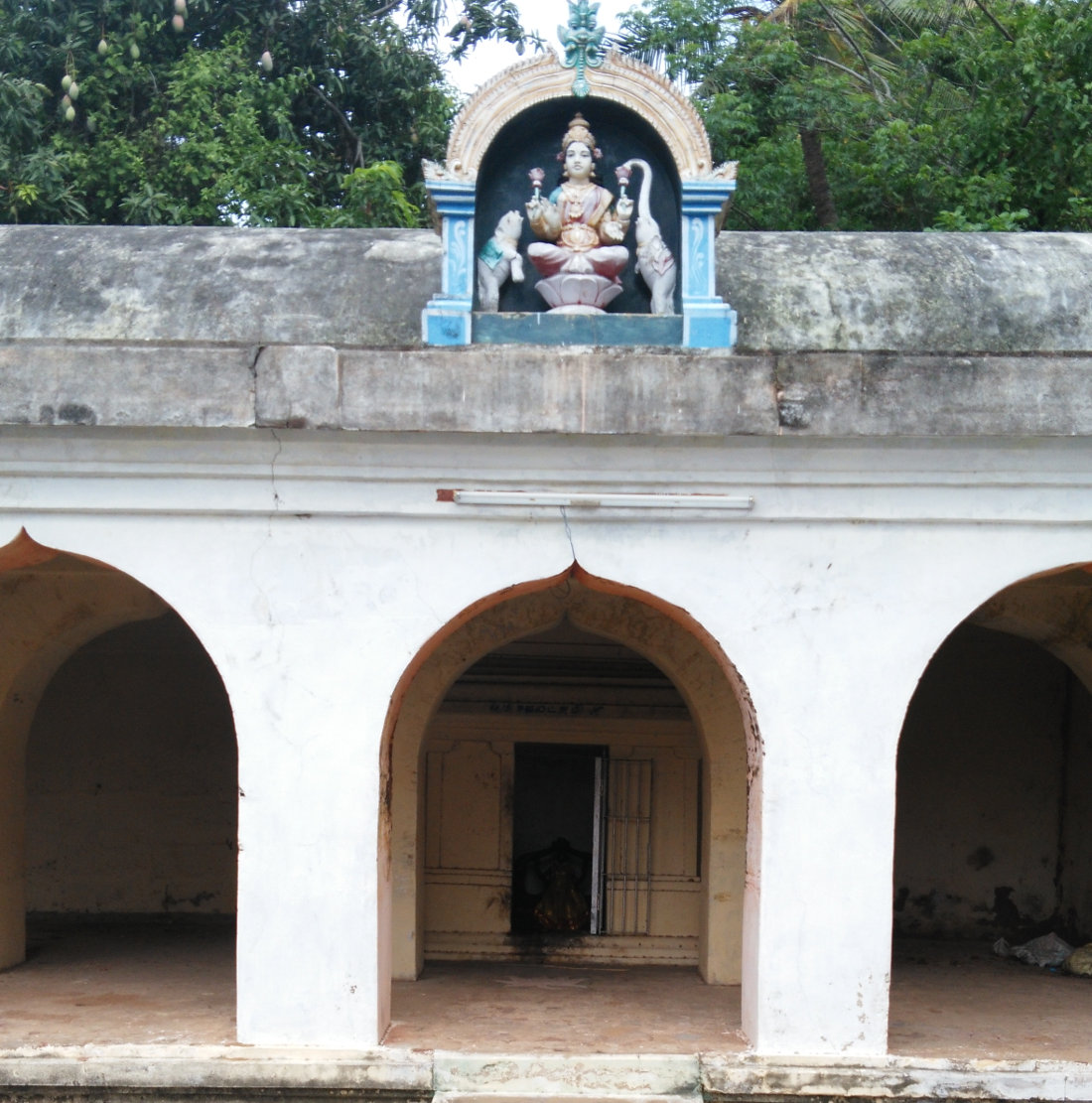 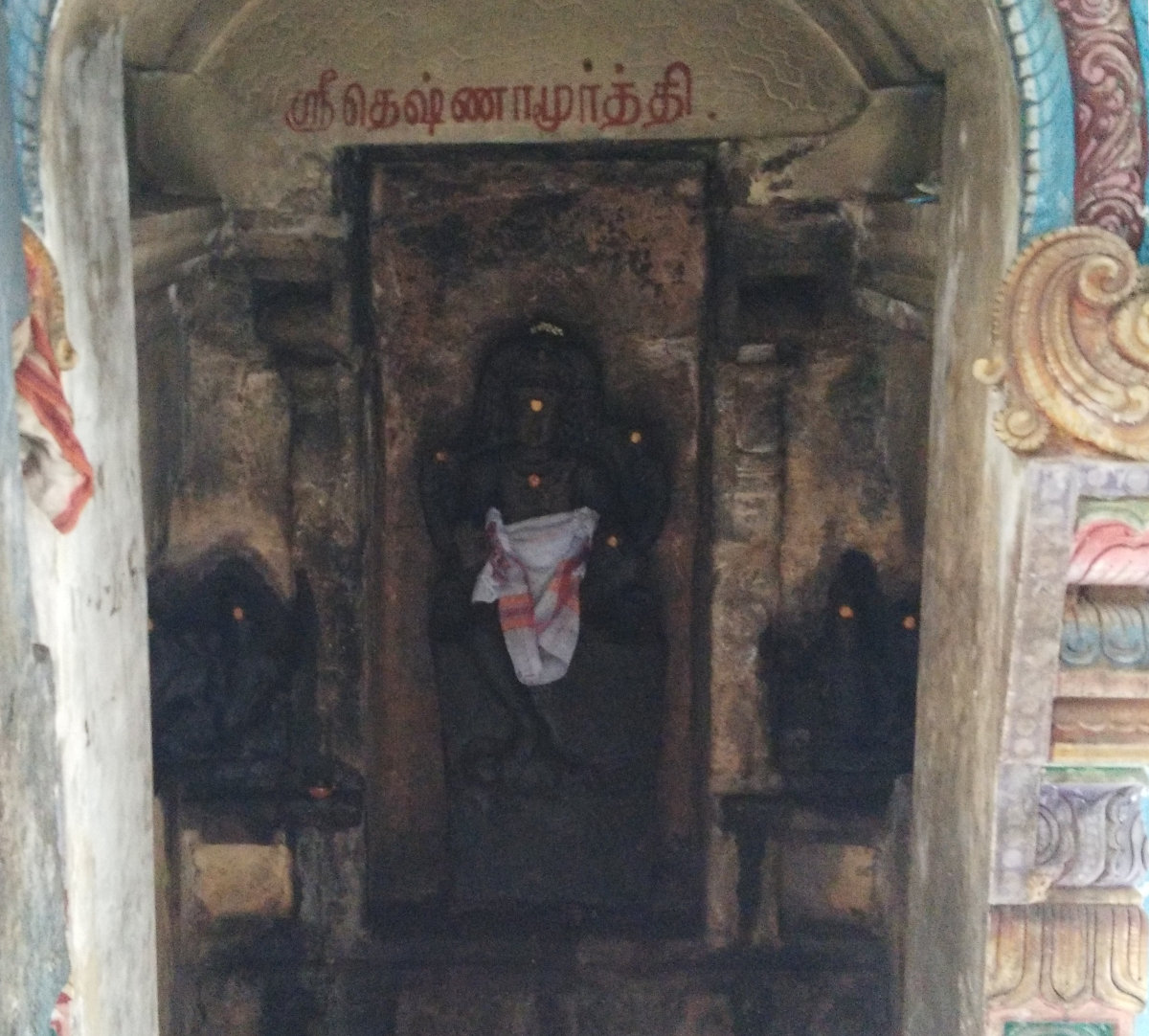 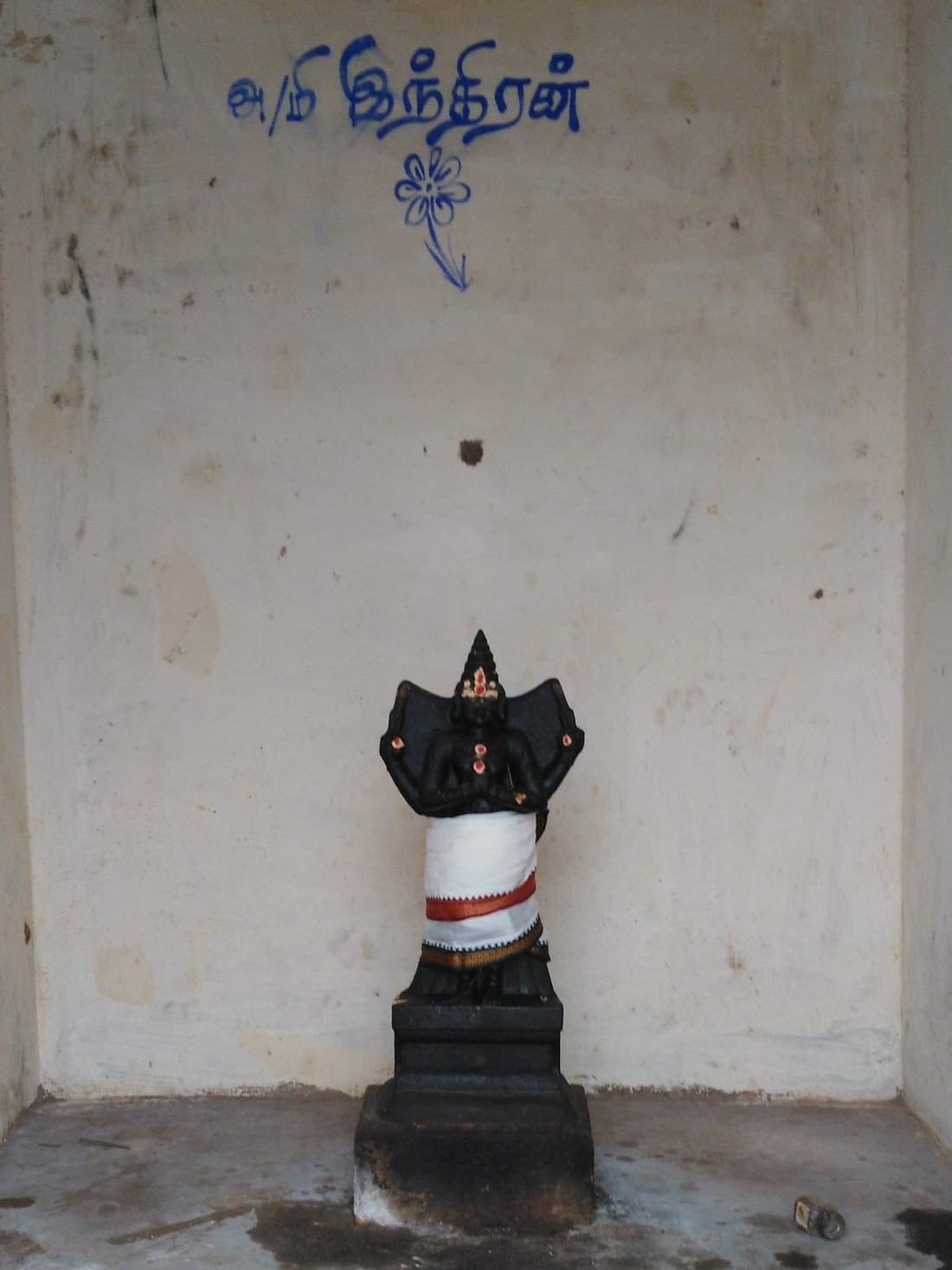 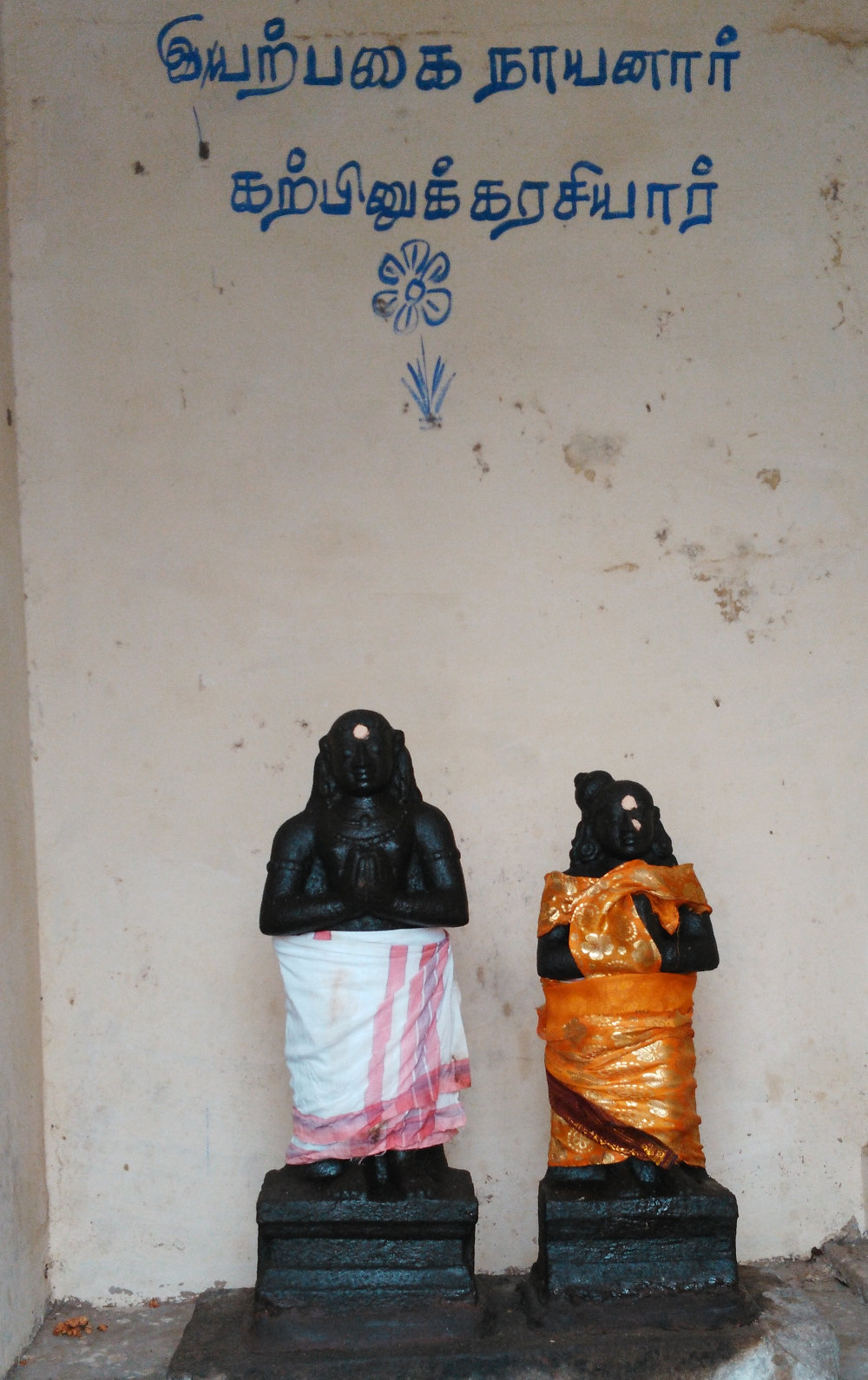 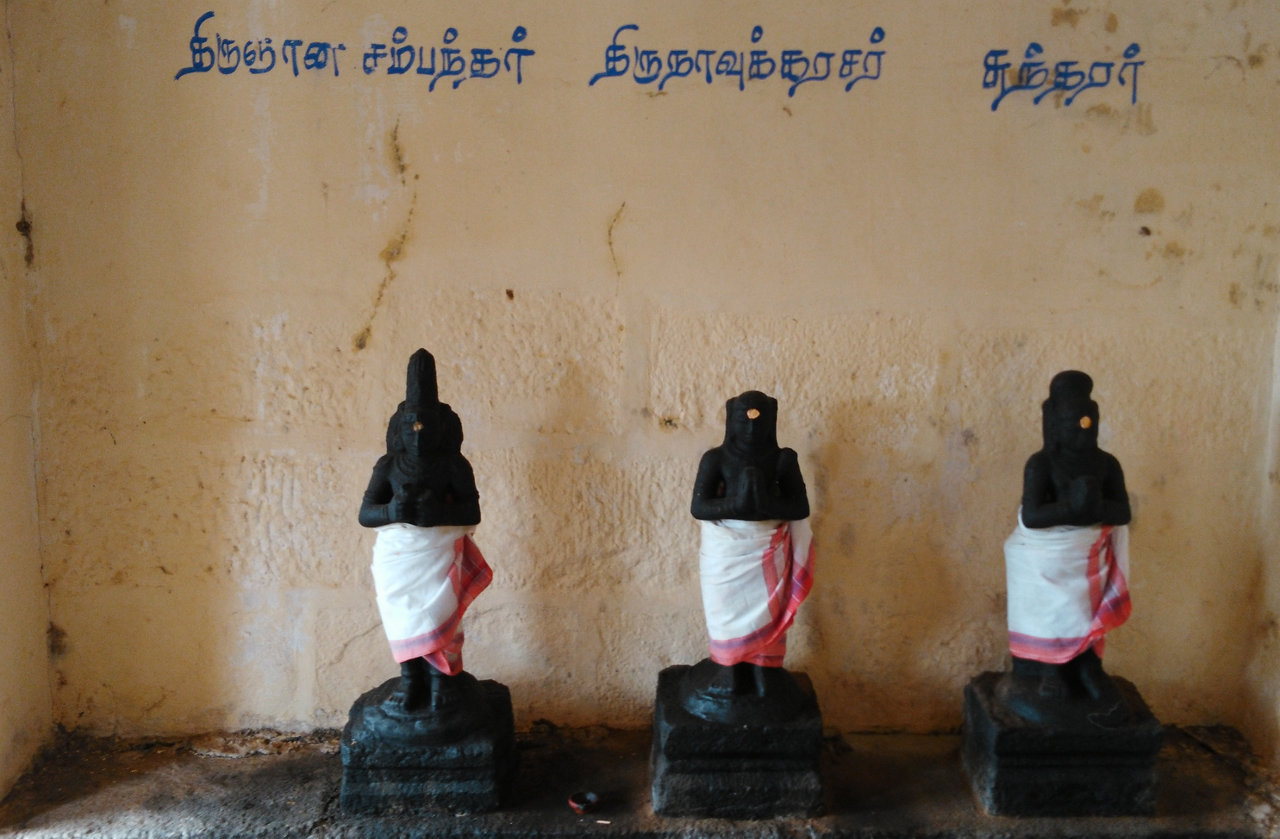 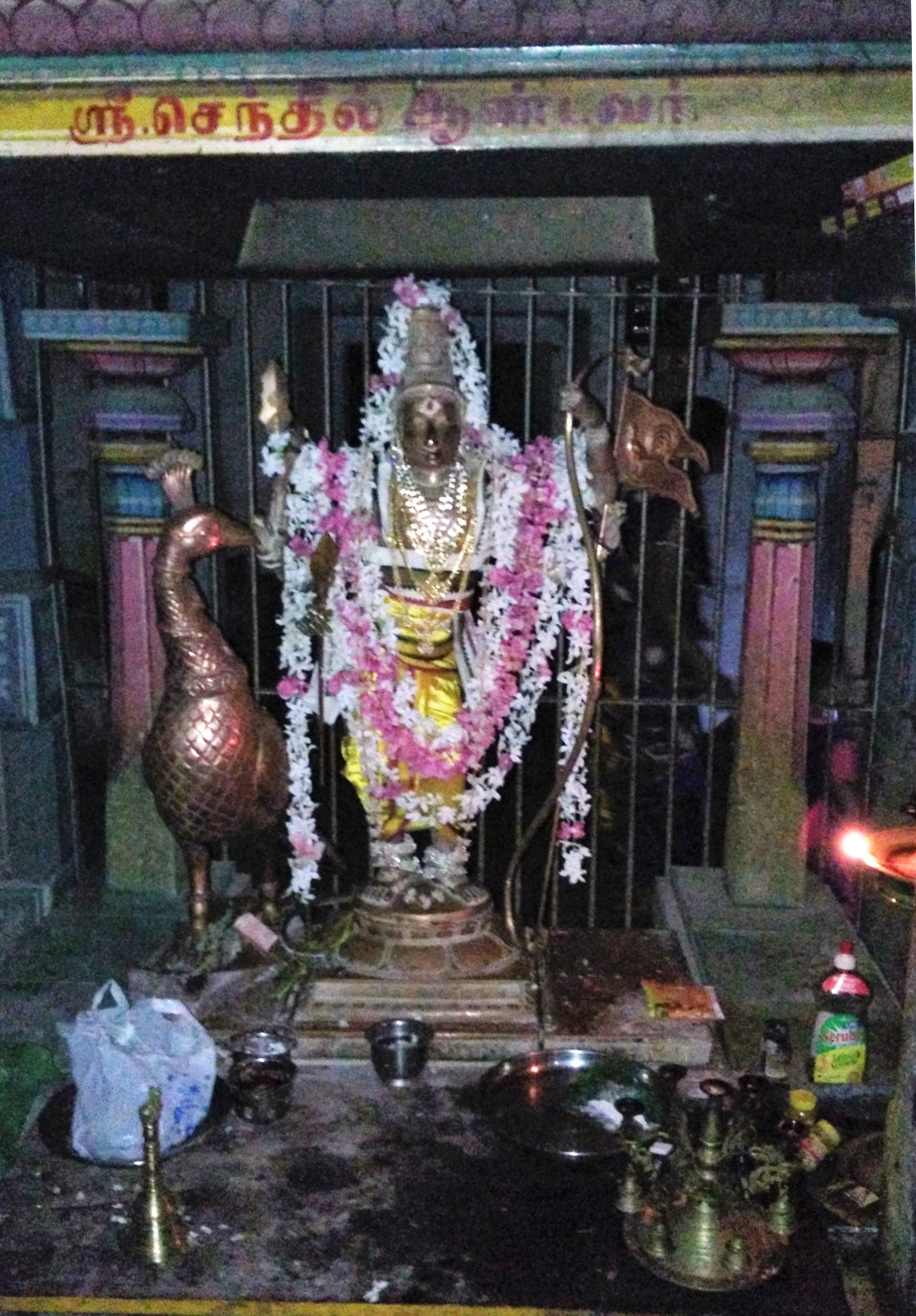 It is believed that this idol of Lord Subramanyar belongs to the Thiruchendur temple. It was smuggled and carried away by Dutch sailors in 1648 but their ship got stuck in mid-sea. They feared that this was due to the idol that they stole. They throw the idol in the sea near Kavery Poompattinam (Poompuhar). Later it was found by fishermen and it was brought to this temple. Incidentally, the name “Senthilandavar” (the name of the lord at Thiruchendur) is engraved at the bottom of the idol.

Lord Subramanyar also wears the Veeragandamani (anklet) in his right leg. This was given to him by his father Lord Shiva. While Goddess Paarvathy offered the “Vel” to Lord Subramayar, the lord gave him the “Veeragandamani”, both of which he used to destroy his enemies.

It is believed that King Kochengat Chola built 70 “Madakkoils”. The distinguishing feature of a Madakkoil is that it is not easily approachable by an elephant. He built these temples at an elevation and there are a few steps that need to be climbed before seeing the lord. Also, the sanctum sanctorum’s (Karpagragam) entrance is narrow such that no elephant can enter it. 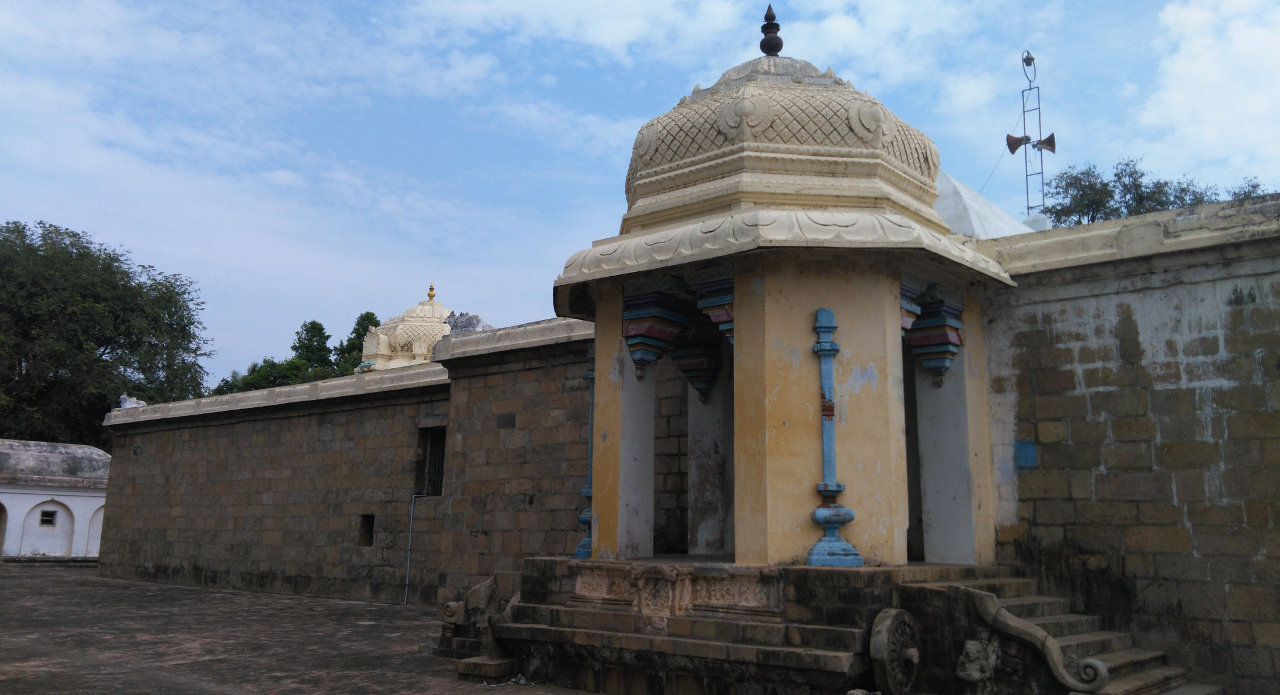 The temple of “Goddess Sampapathi Amman”, the guardian deity of Poompuhar is located near this temple. This goddess is believed to have been worshipped by Kannaki, Madhavi and Manimekalai (characters of Silapathikaram) of the Sangam era.

Those who are afraid of their enemies can worship Lord Subramanyar here for courage and strength. 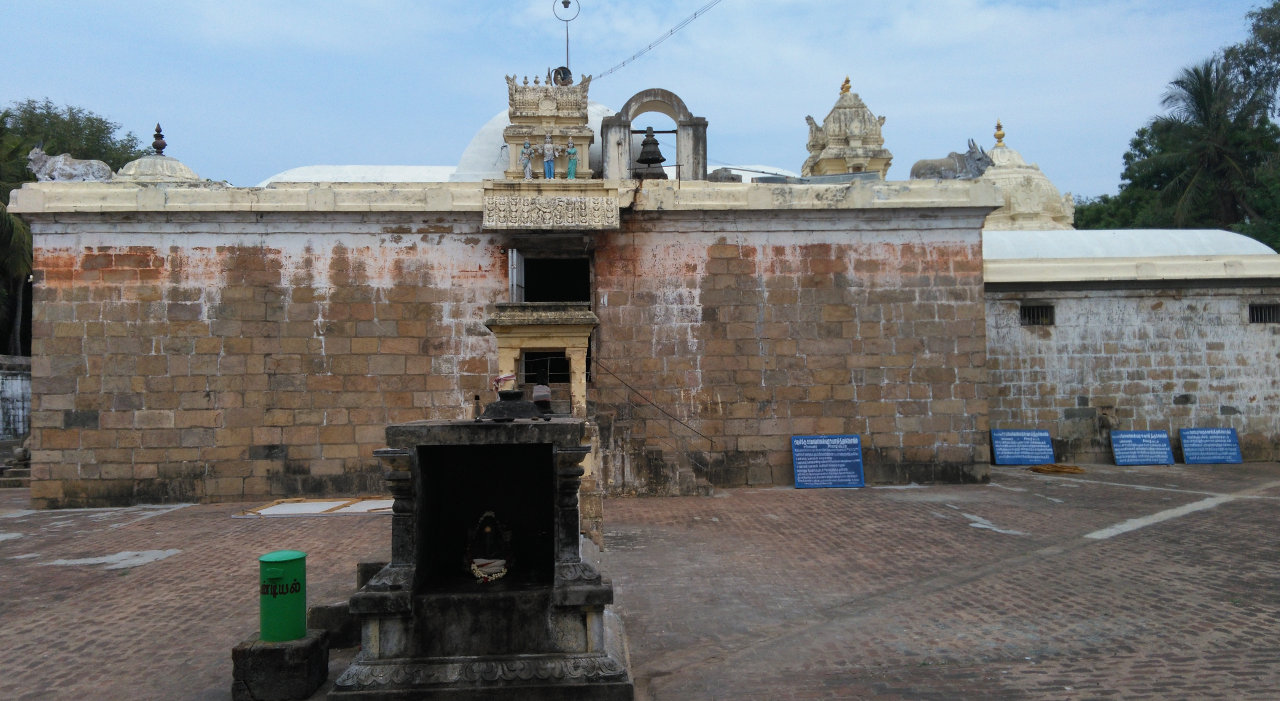 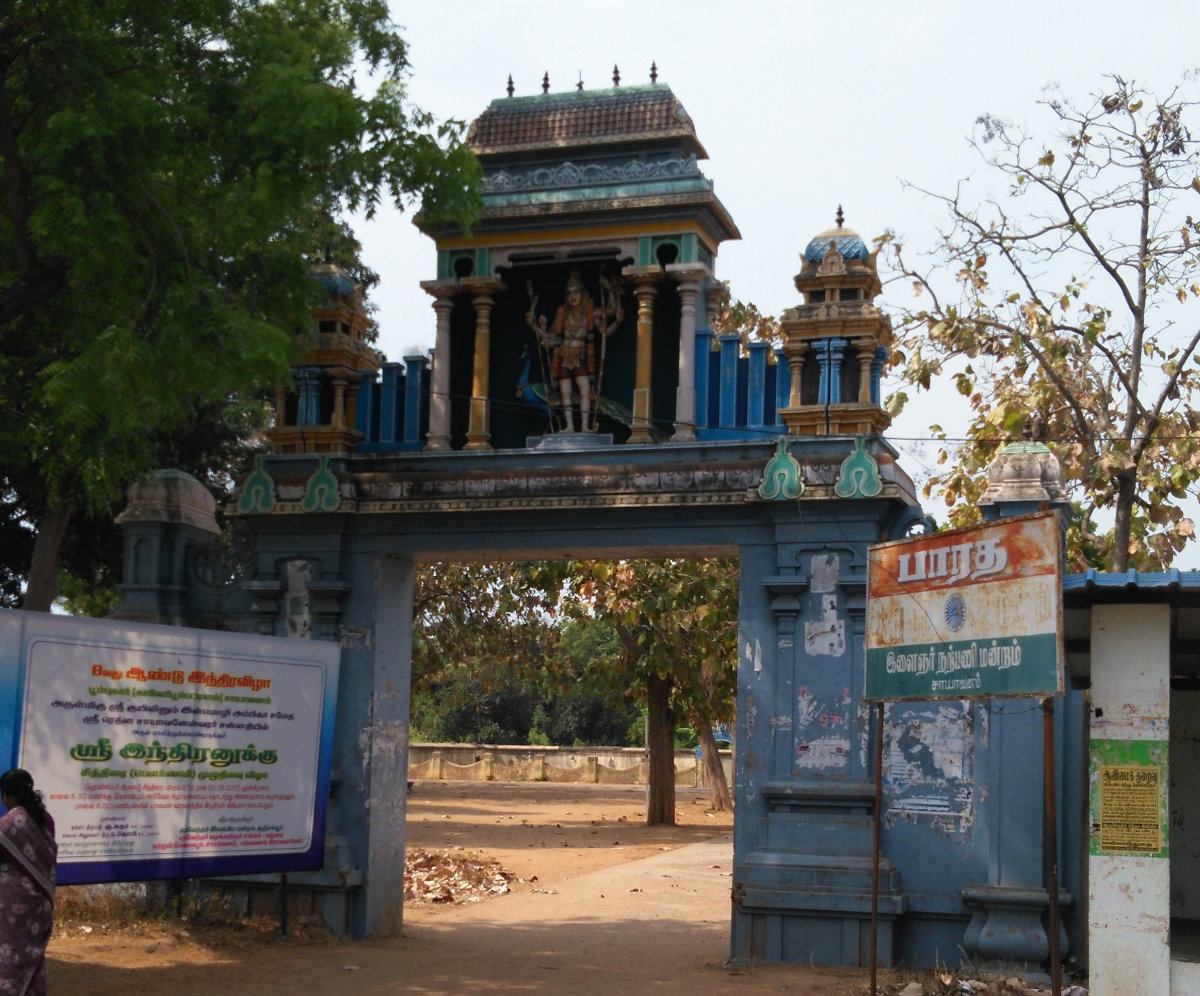