Other Devara Paadal Petra Shiva Sthalam near this place are –Thiruvaippadi, Thiru Seinganur and Thiruppananthal.

This temple was originally renovated by a king of Kambeeli and thereafter by the Chola kings. 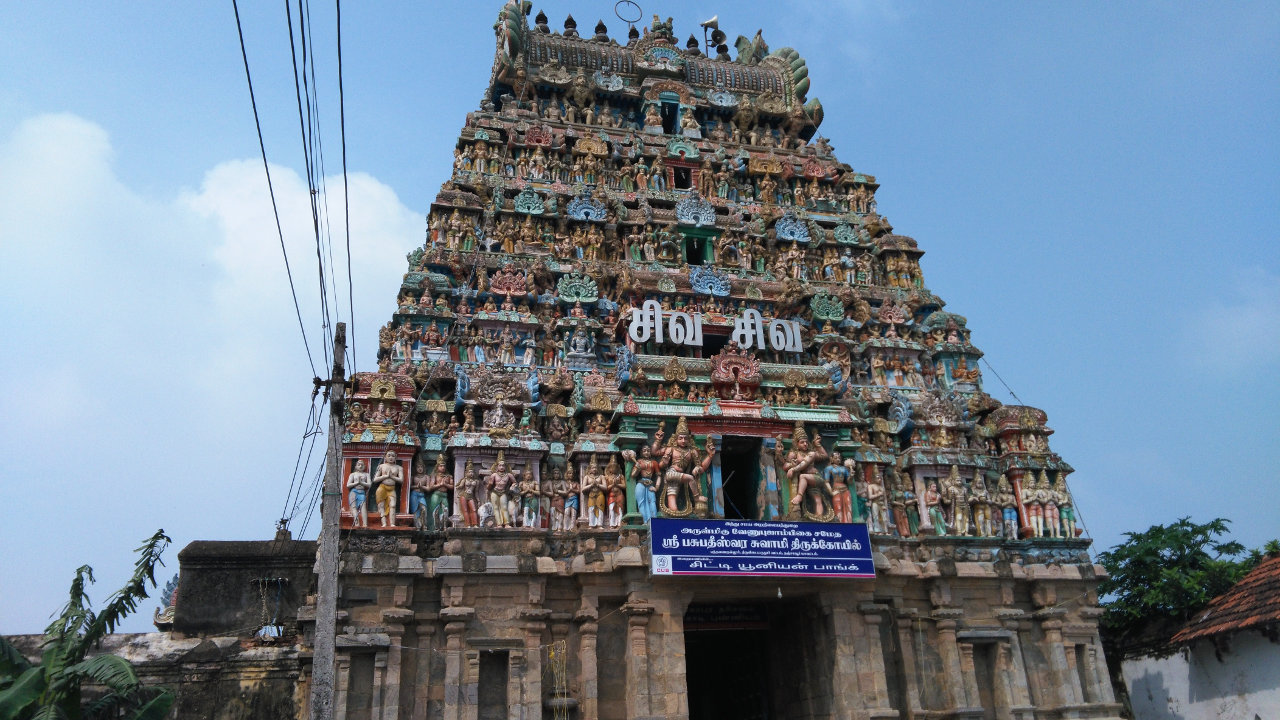 The legend associated with this temple is that of Goddess Parvathy’s worship in the form of a cow. Once, in Mount Kailash, Goddess Parvathy wanted to play a game of catch. Lord Shiva presented her with 4 balls. These are believed to have been representative of the 4 Vedas. Since she was playing with her friends, Suryan delayed the setting of the sun. As the day went on increasing, Sage Narada tried to inform her about the difficulty that everyone was facing without the onset of night. She did not pay any attention to his pleas. The sages on earth could not perform their evening ritual ceremony (Santhiya Vanthanam) because there was no sunset. They went to Suryan but he denied their request due to the fear of incurring the wrath of Goddess Parvathy.

Finally, they went to Lord Shiva and appealed to him to resolve this problem. Lord Shiva went to Goddess Parvathy to ask her to stop the play but she did not pay any attention to his arrival. Angered by this, Lord Shiva kicked the ball and cursed her that she would be born on earth in the form of a cow. As she realised her mistake, she prayed for some respite. Lord Shiva advised her to go to the place where the ball had finally landed and worship him there in order to be restored back to her original form. The ball finally settled in this place under the Sarakkontrai tree - this temple’s “sthala viruksham”.

It is also believed that in order to protect Goddess Parvathy, Lord Mahavishnu took the form of a shepherd and accompanied her. During day time Vishnu would take the cow for grazing and in the evenings, he would supply the milk to Sage Kanva Maharishi here. One day while grazing, the cow saw an anthill with a lingam. She started pouring milk on the lingam. Sage Kanva received less milk that day and he asked the shepherd why was so. The shepherd followed the cow and kept a close watch on it. When the cow started pouring milk on the anthill, he tried to beat the cow. In the tussle, the cow jumped and hit the anthill and both the cow and the shepherd got restored to their original forms.

After her penance, Goddess Parvathy prayed to Lord Shiva asking him to marry her and take her back to Mount Kailash. Lord Shiva accepted her request, gave darshan to everyone present there as “Sri Kalayana Sundarar” and took her back to his abode. (“Kalyanam” means wedding and “Sundarar” means the lord in Tamil). 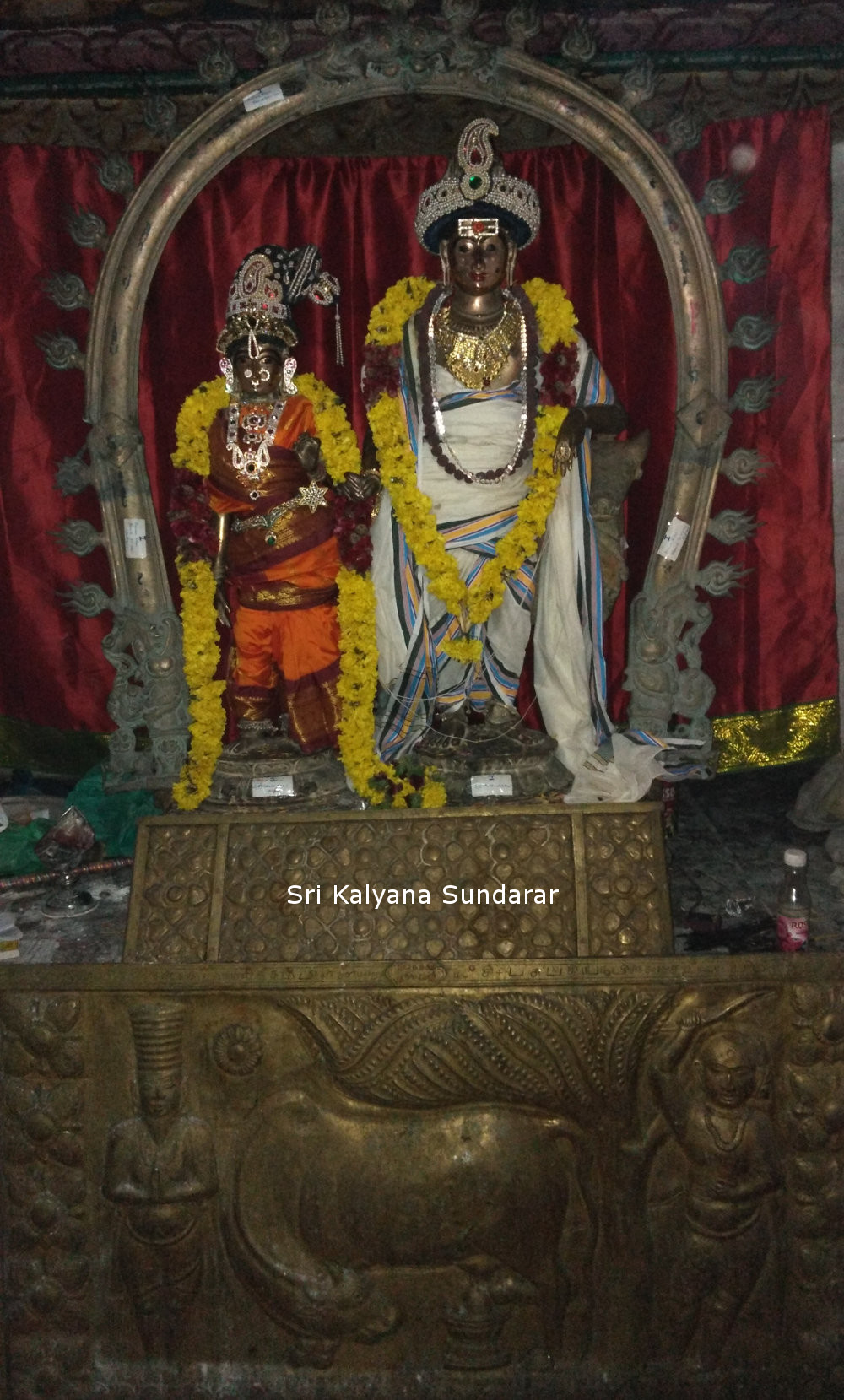 The ball that Lord Shiva kicked is believed to have settled in this place near an anthill under the sthala viruksham of this temple. For this reason, this place gets the name “Panthu Anaintha Nalla Oor” (Panthu means ball, anaintha means stationed, “nalla” means good and “Oor” means village in Tamil). With the passage of time, this name has been changed to Panthanainallur and then to Pandanallur. There are marks on the lingam that indicate both the ball and the hoof of the cow hitting it.

Lord Shiva is also praised here as Sri Pasupatheeswar as he came here to relieve the curse on Goddess Parvathy. (“Pasu” means cow, “Pathi” means husband and “Easwarar” means the lord in Tamil).

The idols of Navagraham here are placed in a straight line as they had the opportunity to witness the wedding darshan of Lord Shiva and Goddess Parvathy. 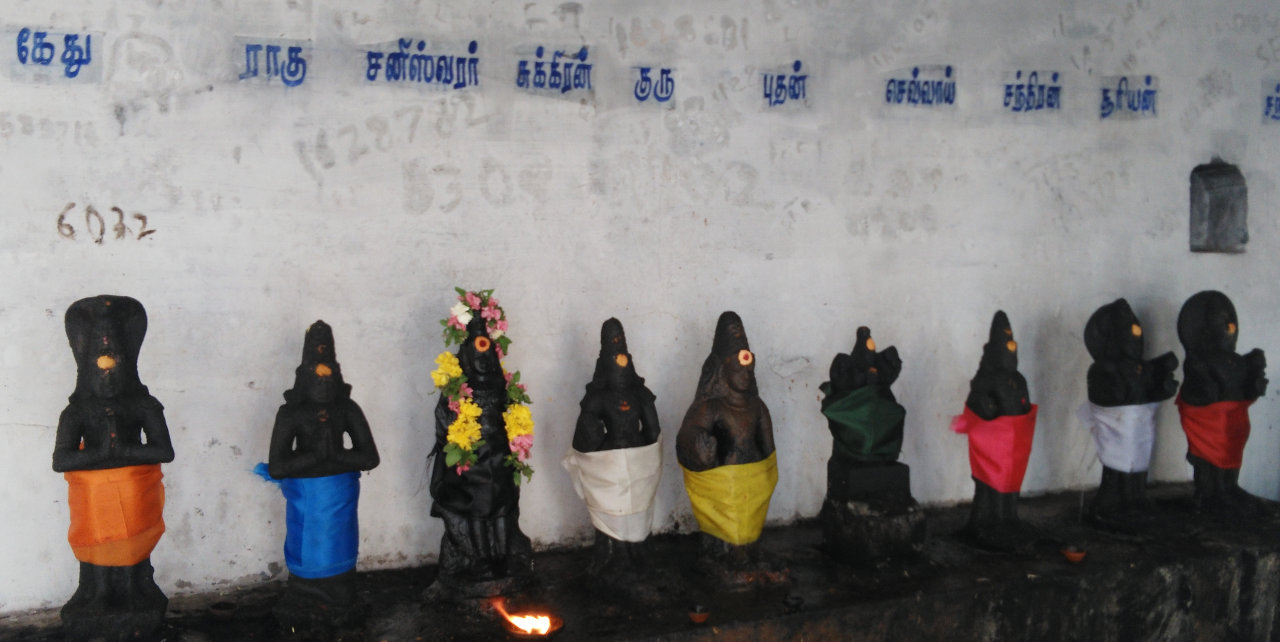 Other Legends
Another legend associated with this temple is that of a king from Kambeeli named Bhupathi Soodamani. His son was blind by birth and it is believed that he worshipped the lord here who restored the eyesight of his son. The king named his son “Pasupathi” in the honour of the lord. He also renovated the temple. One entrance to the temple’s tank is known as “Kambeeli Mannan Thurai” (“Mannan” means king and “thurai” means “staircase in the tank” in Tamil).

Another legend associated with this temple is that of king Annapuram Miruthunjayan of the Saiyagiri kingdom. He was stricken by leprosy due to the sins accrued by killing a cow. He visited many Shiva temples and finally reached this place. He took a dip in this temple’s holy tank, worshiped the lord and was miraculously cured.

Another legend is that of a king named Kaanthan from the Kamboj kingdom. He was suffering from some illness and in order to seek cure for it, he visited this place. He stayed here for a period of 45 days (one mandalam) and worshiped the lord every day after taking a dip in the holy tank. It is believed that he was cured of his illness.

It is believed that king Veerathurantharan from the Thuluva kingdom worshiped the lord here and was blessed with a child.

It is believed that Goddess Parvathy (in the form of a cow), Lord Mahavishnu, Brahma, Indran, Suryan, Sage Kanva and Vaali have worshipped the lord here.

Other than the shrines of Lord Shiva and Goddess Parvathy, shrines and idols of Vinayakar, Murugan with his consorts (in two places - one with six faces), Natarajar, Kailasanathar, Kaali Amman, Sri Kalyana Sundarar, Thasa lingams (10 lingams) 2 Suryan and 2 Chandran, Bairavar, Navagraham (in straight line), Nalvars, 63 Nayanmars, Gajalakshmi, Annapoorani and Saraswathy can be seen in the corridors.

There are certain idols here which depicts the legend of this temple. They are kept in a row in a hall in the outer corridor.

On the right side of the main tower, there is a small shrine for “Sri Kottai Muneeswarar” - a guardian deity. Poojas are performed here to ward away evil spirits. 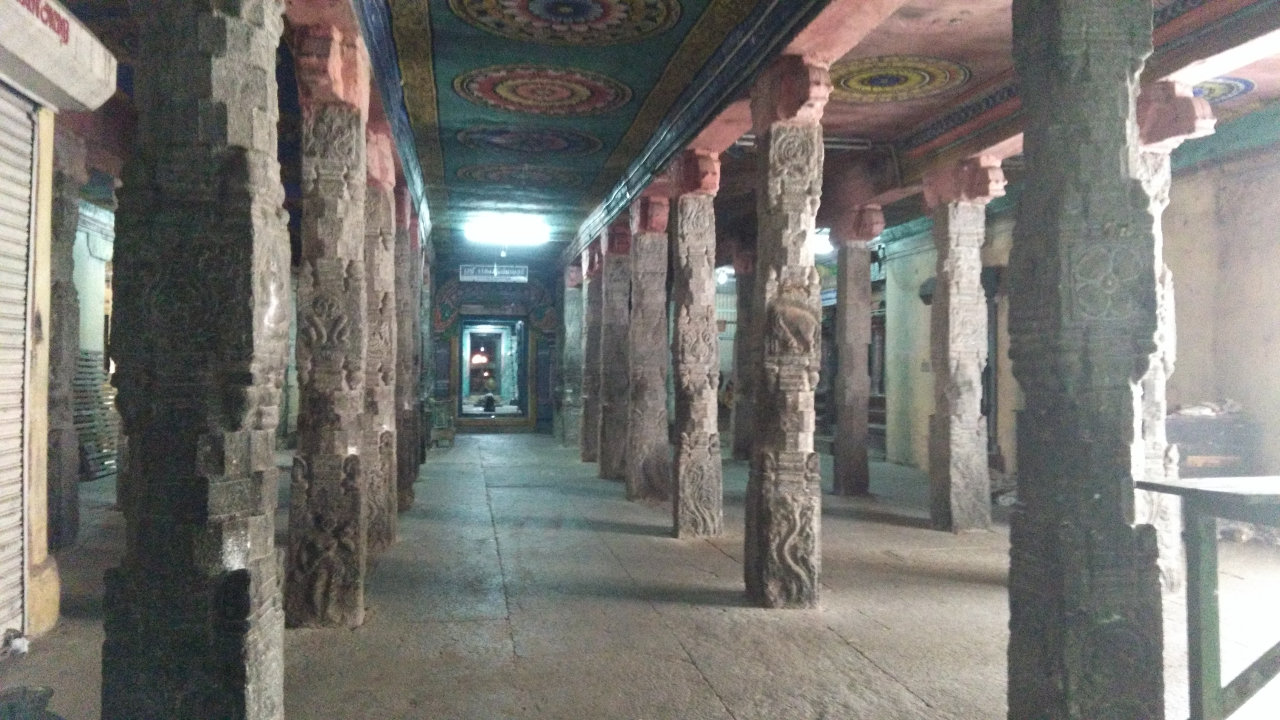 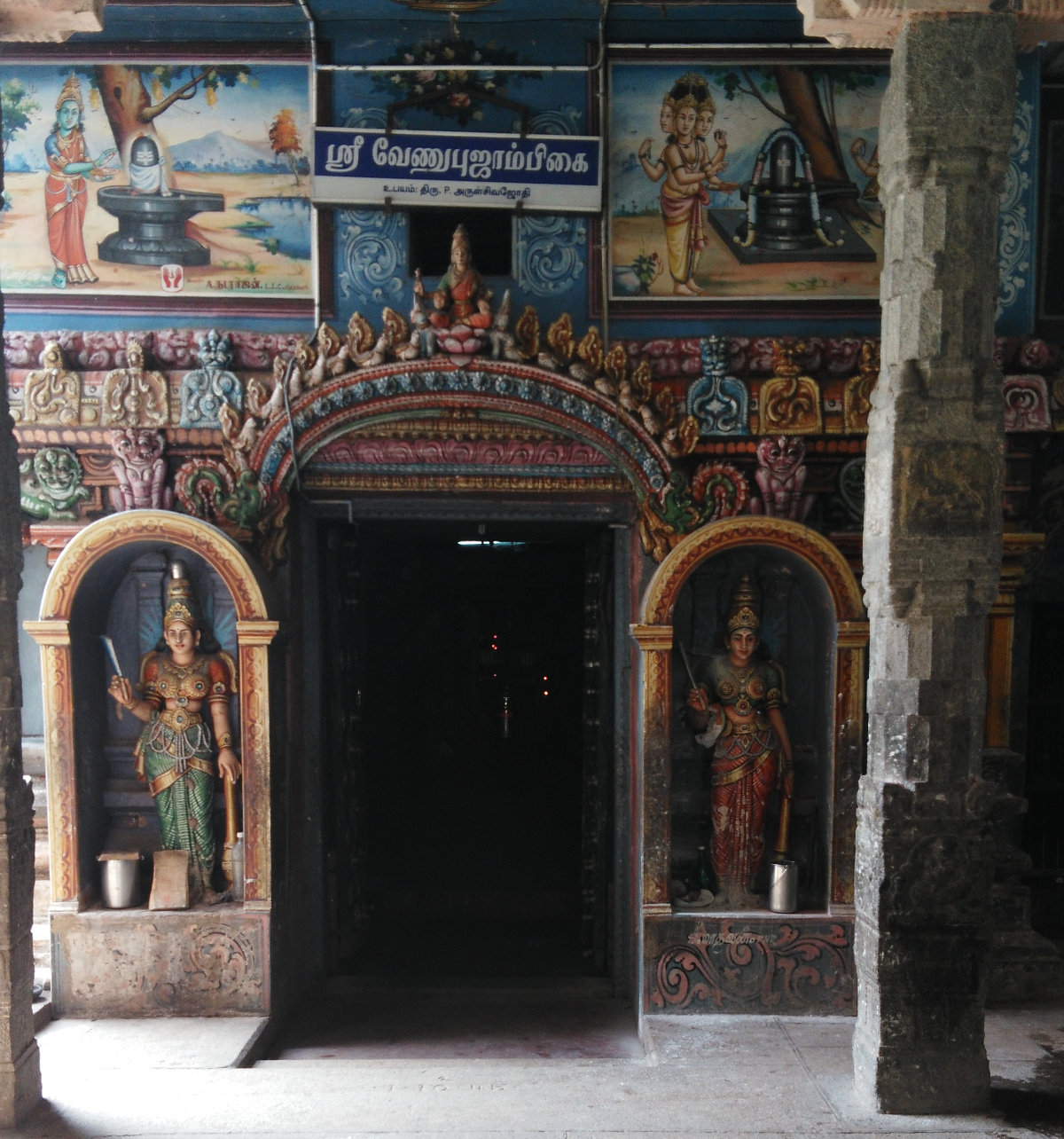 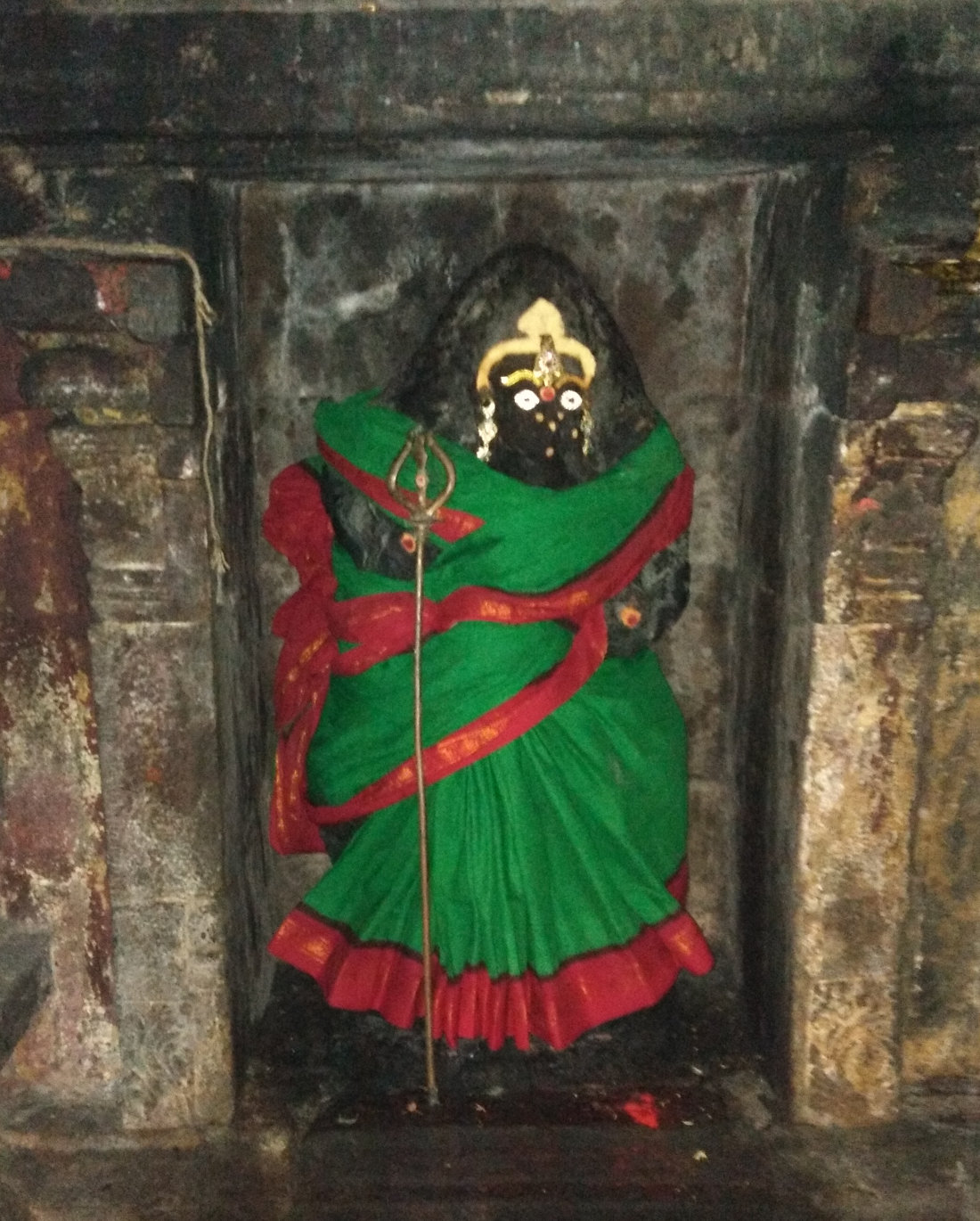 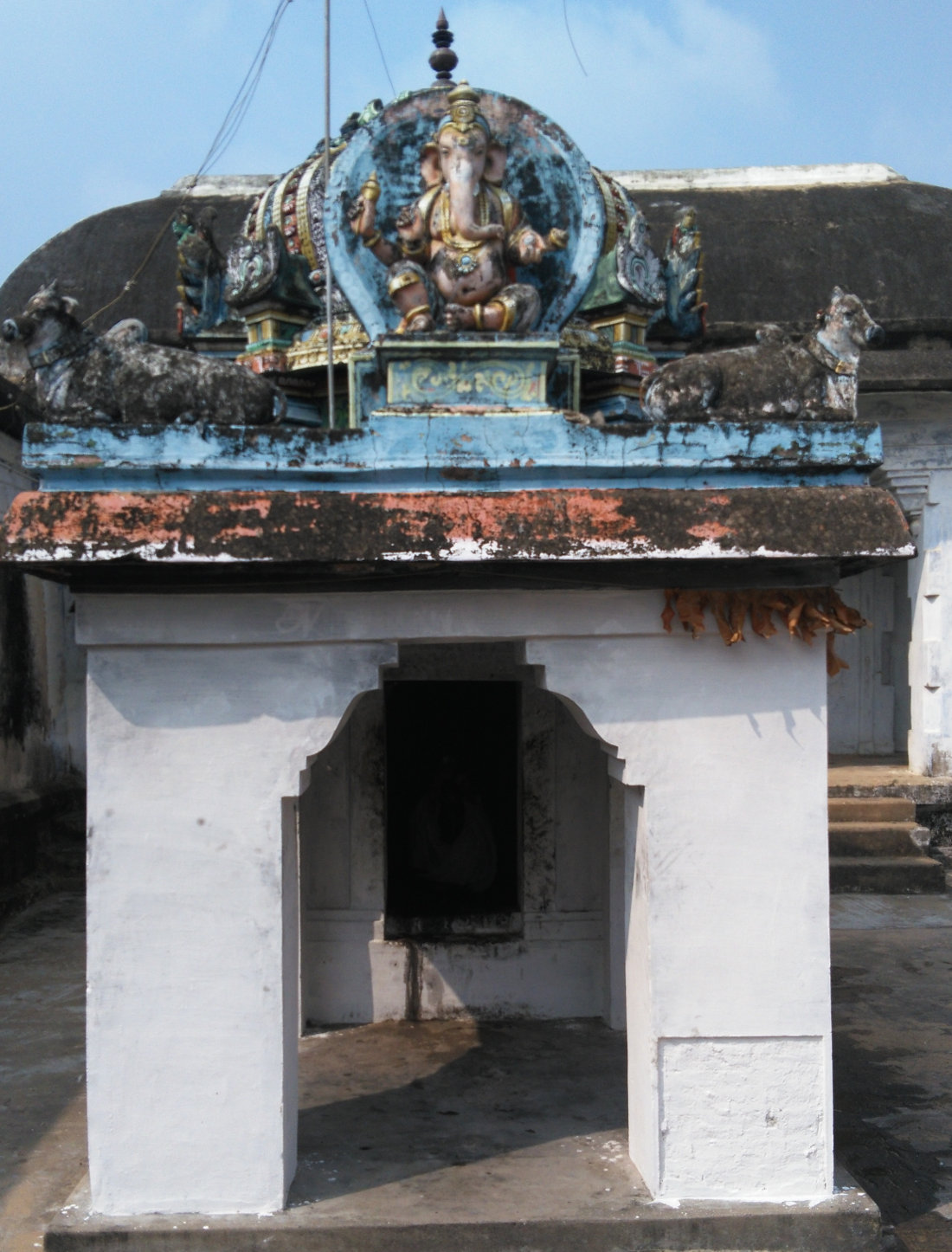 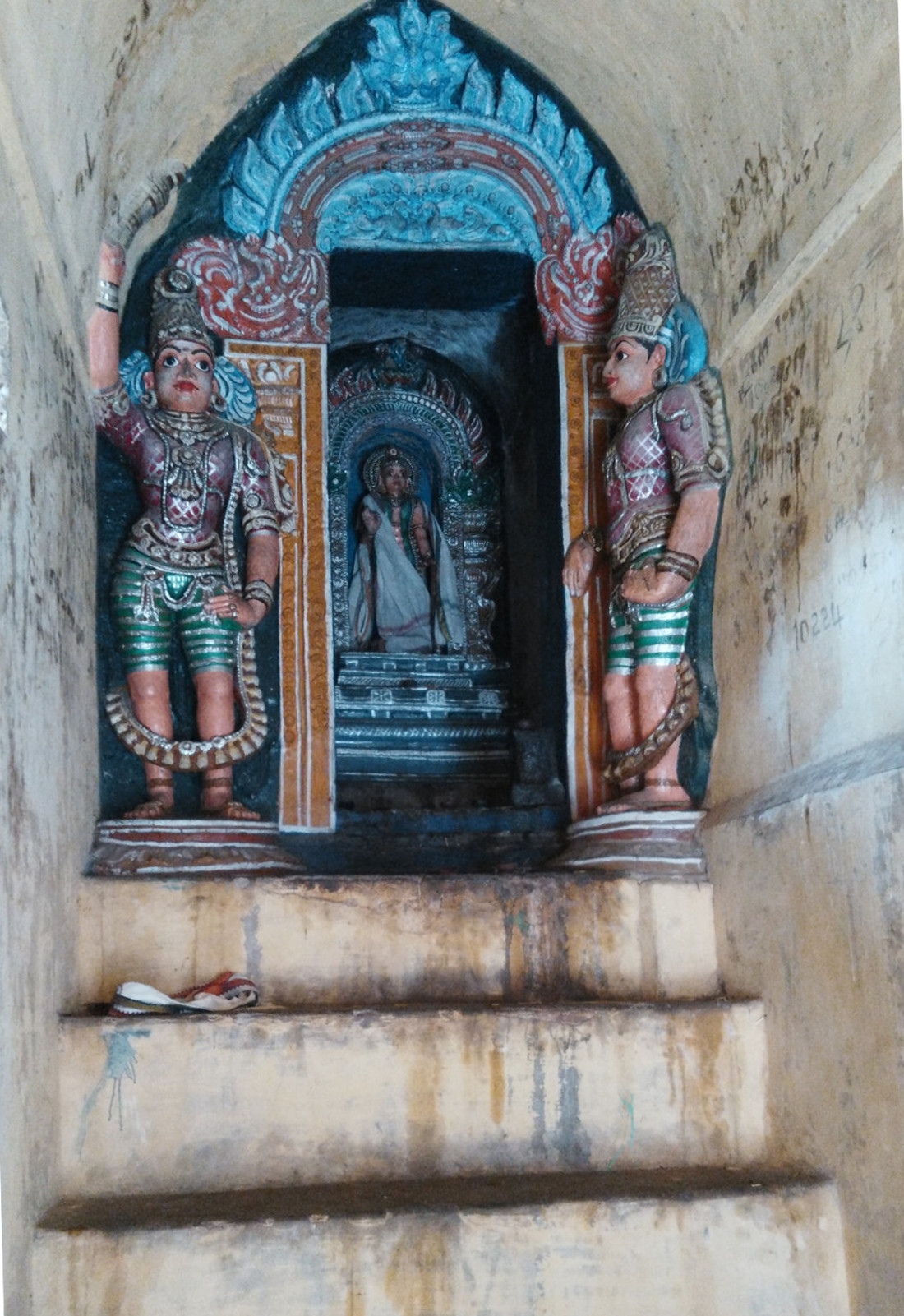 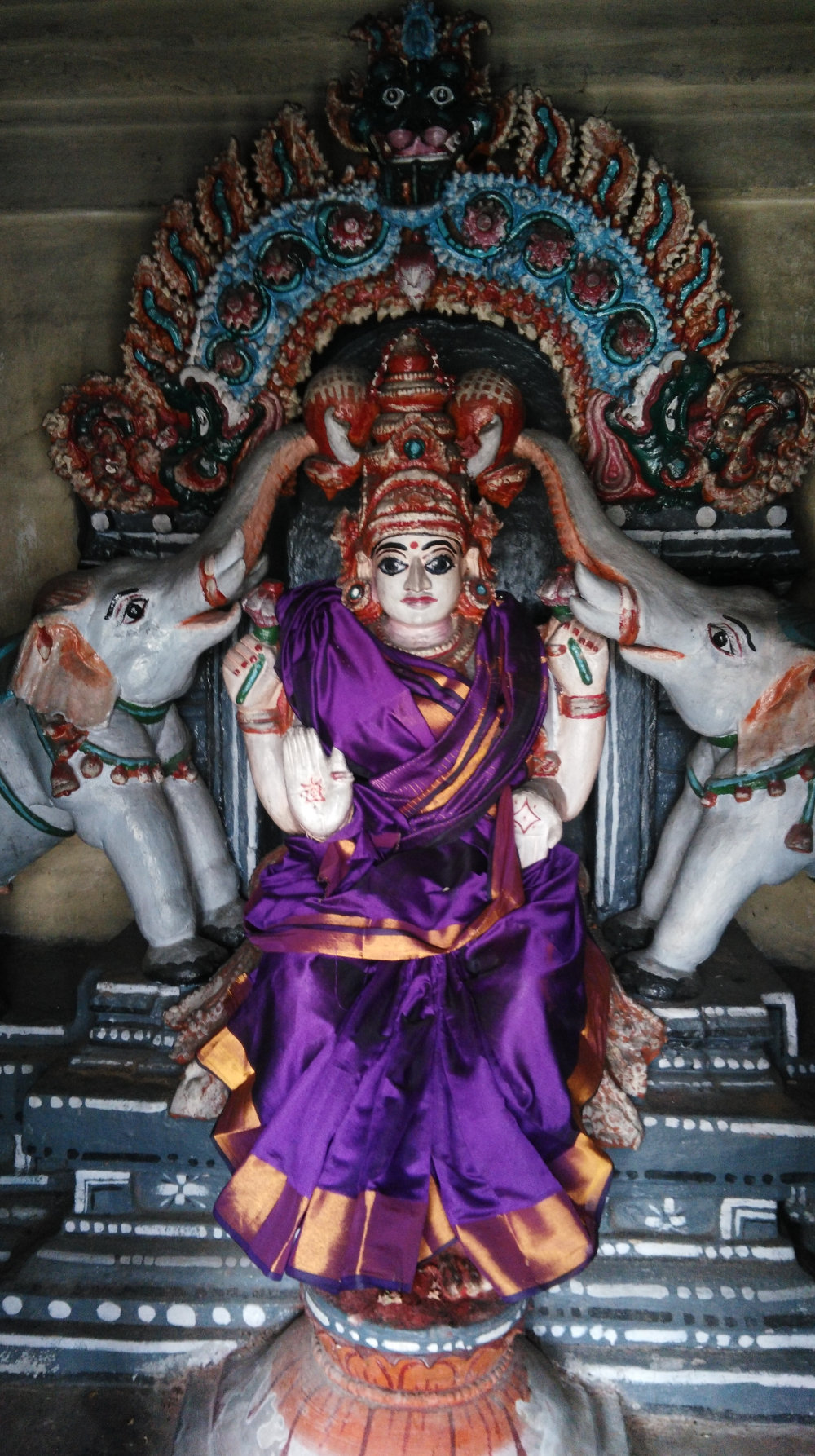 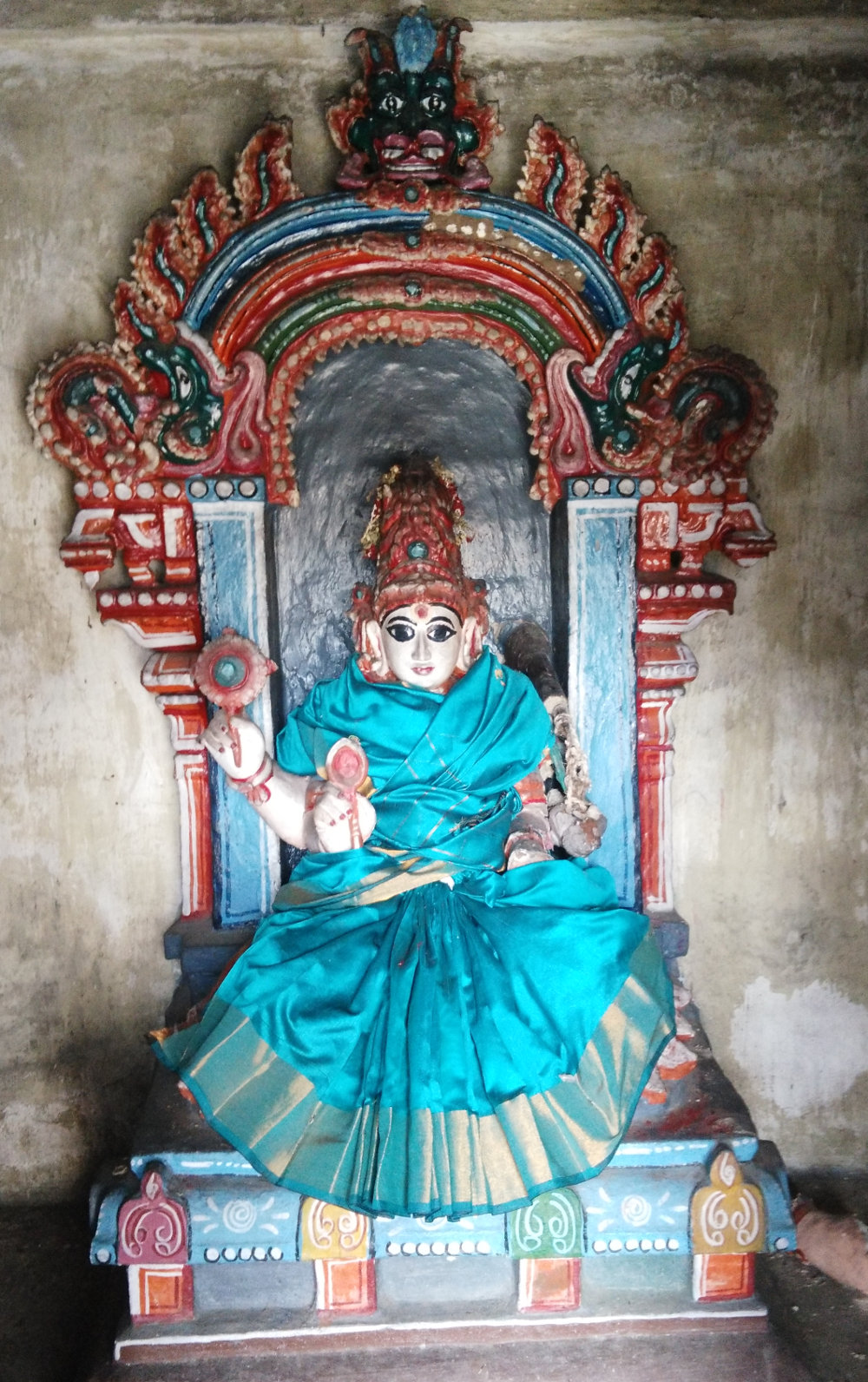 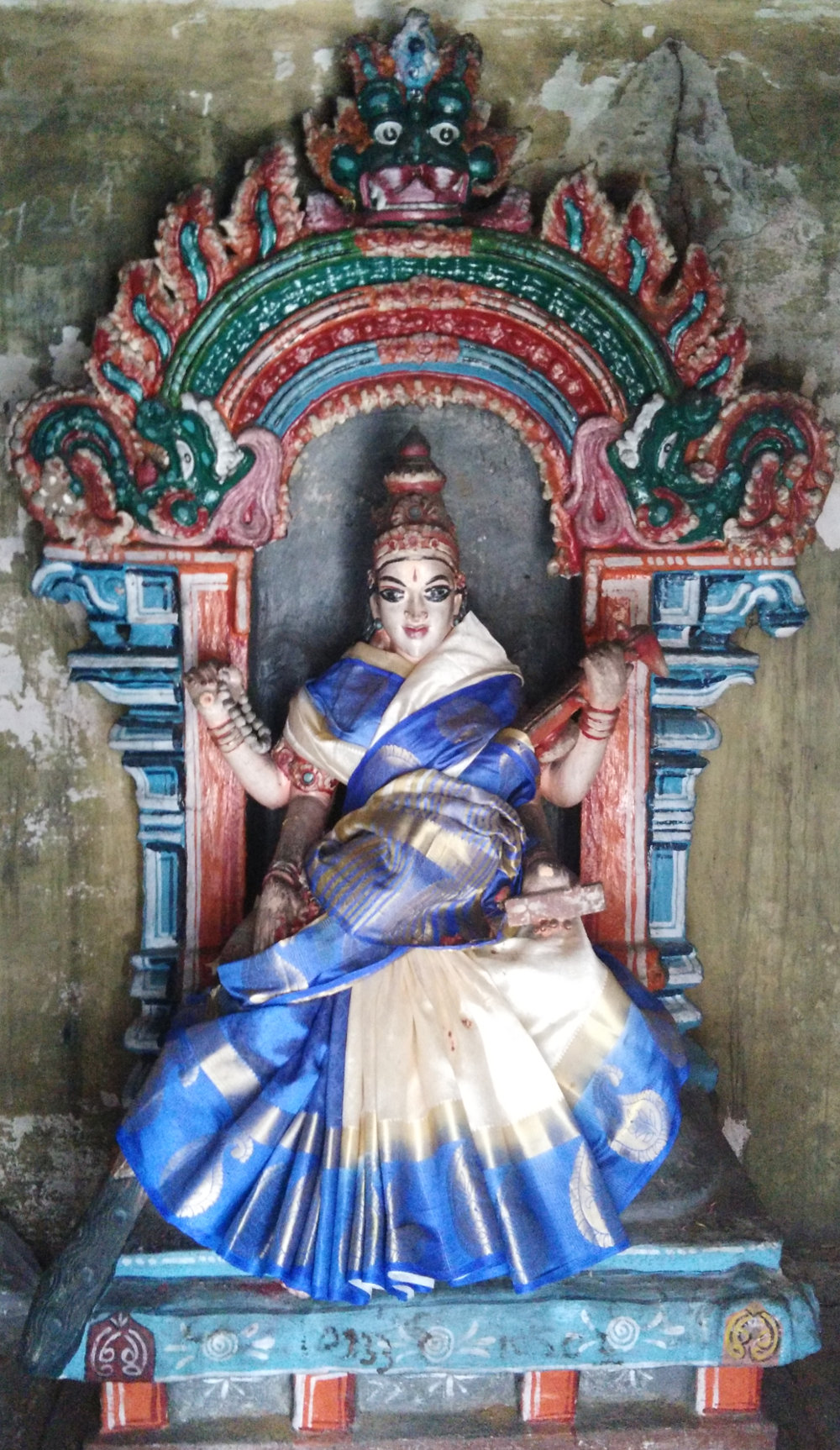 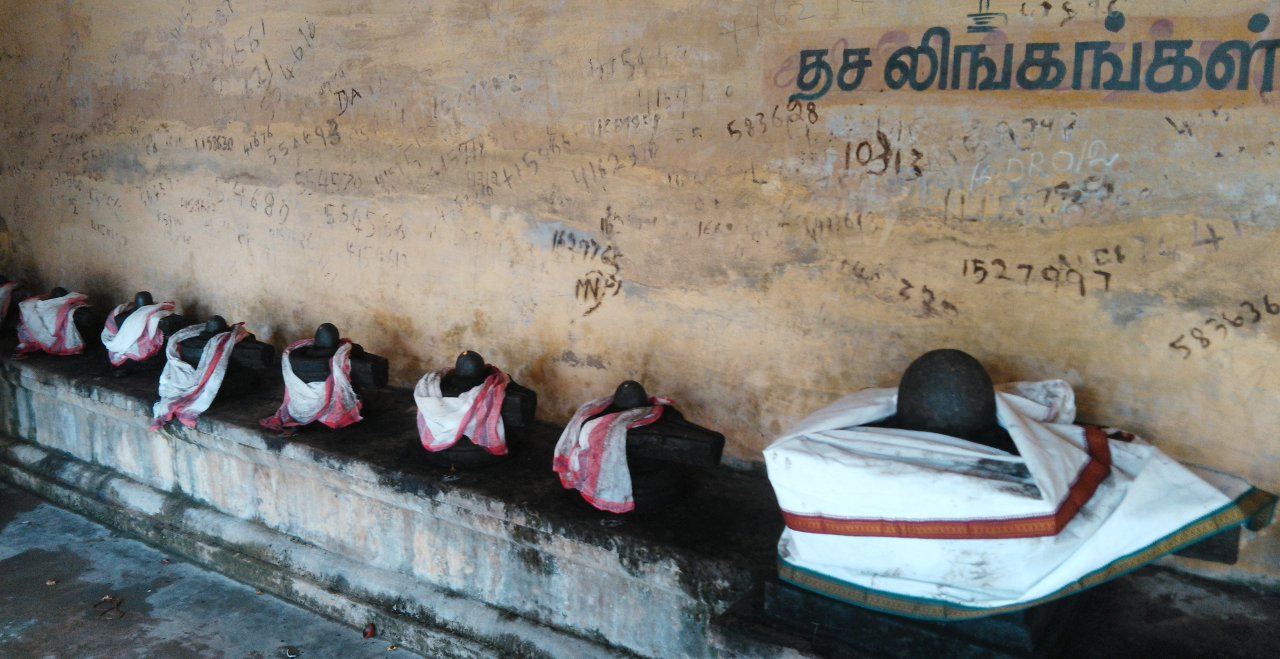 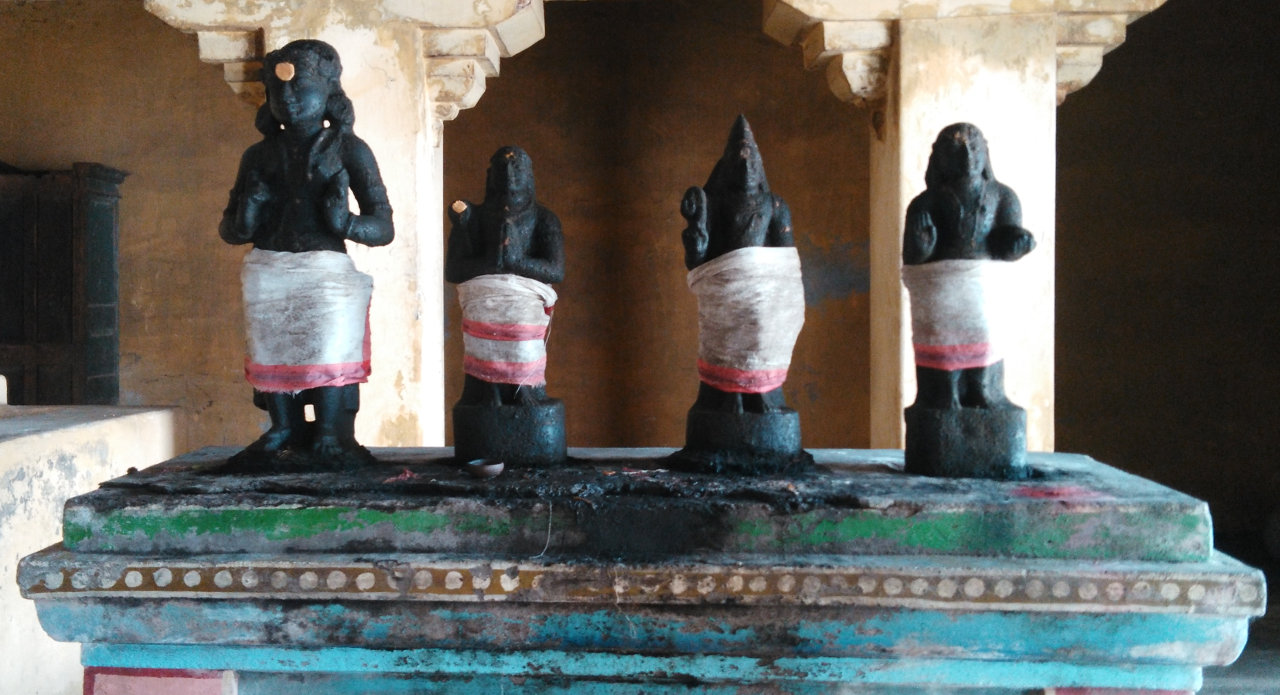 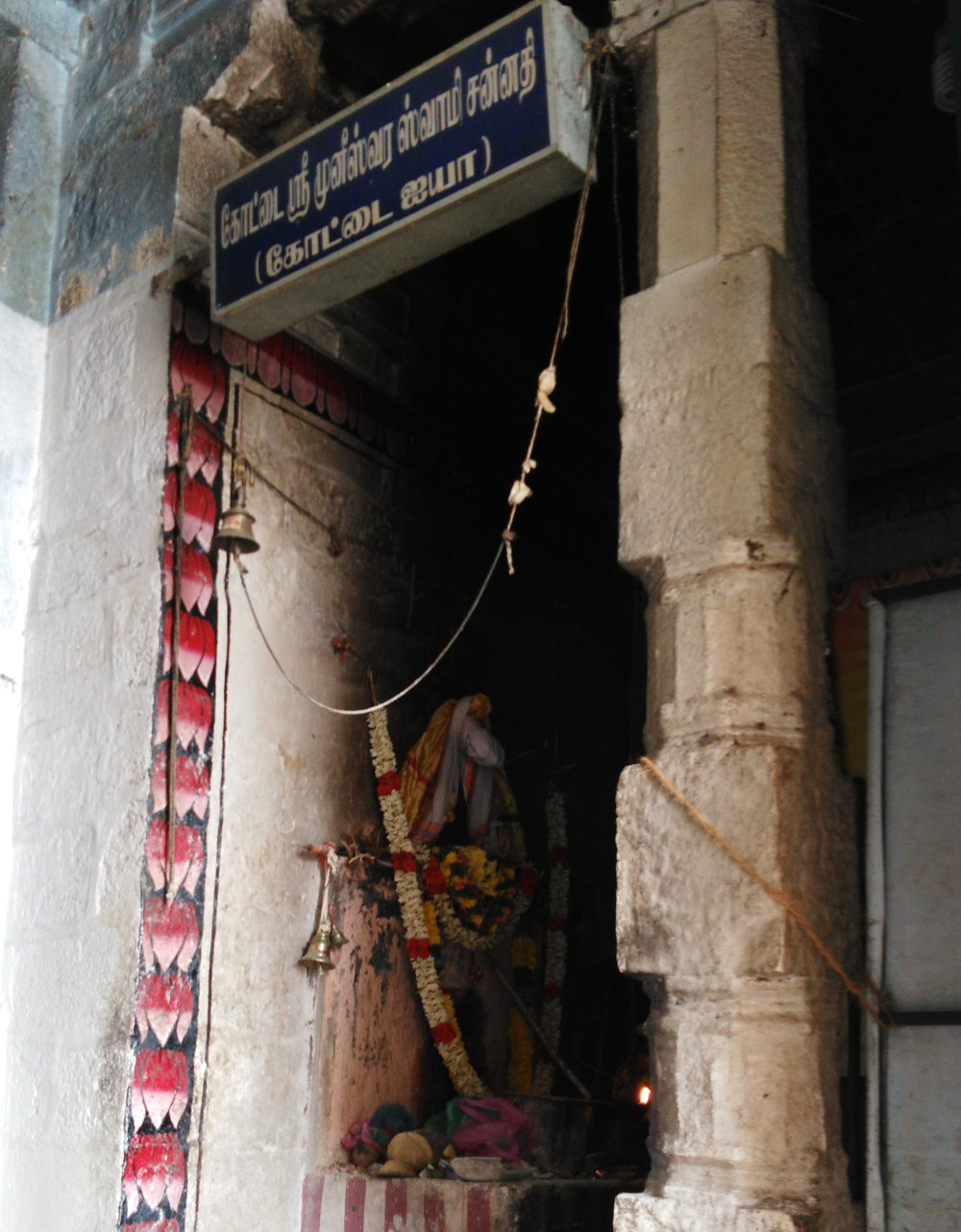 Since this lingam is made of sand, it is always covered with metal sheet (“kavasam”) and abhishekam is performed with the cover only. 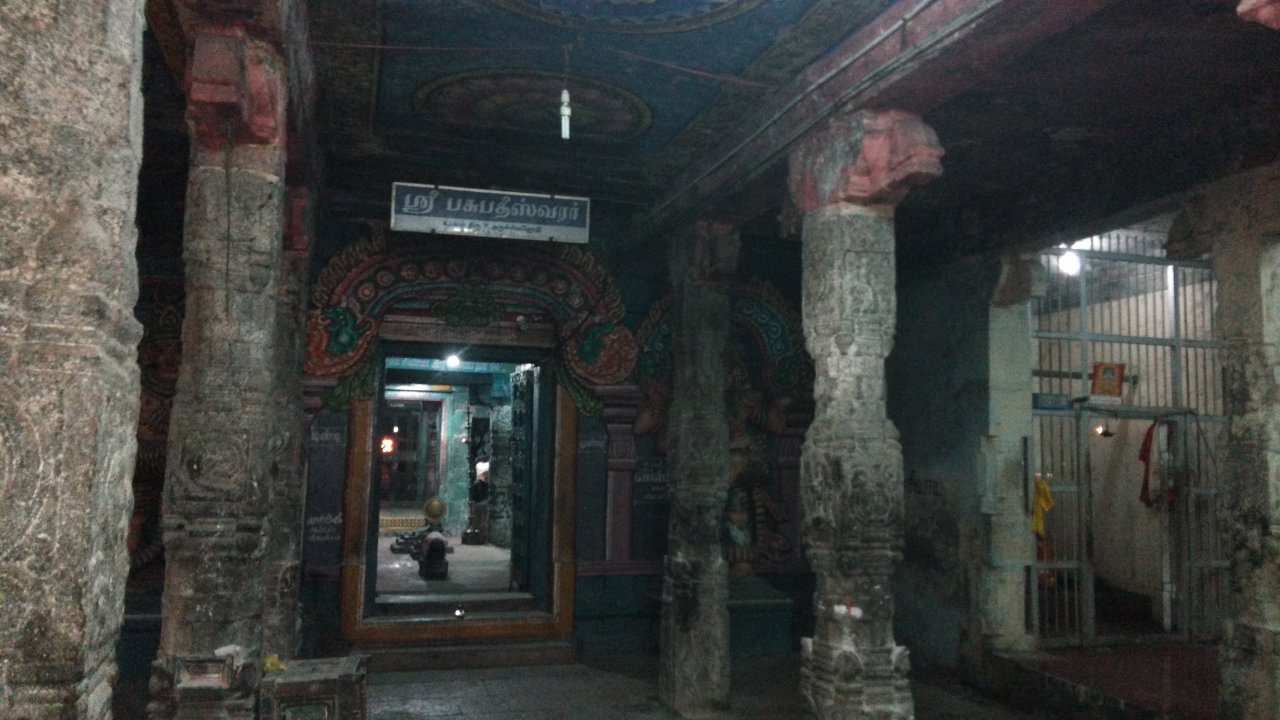 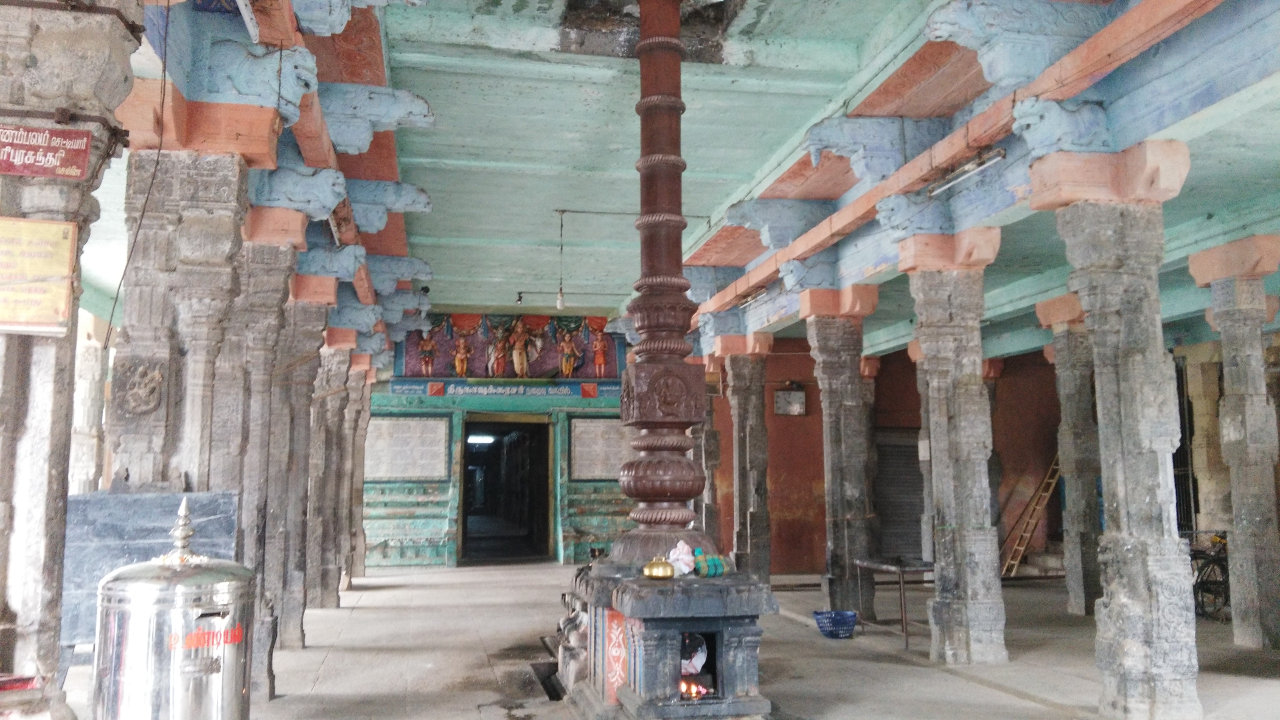 Unlike other temples, the Navagrahams in this temple are placed in a straight line.

It is believed that Lord Suryan (Sun) worships Lord Shiva of this temple by directing his rays on the lingam every year for three days from 19th to 21st in the Tamil month of Aavani (Aug-Sept).

Devotees believe that by worshiping the lord here, obstacles from their marriage proposals will be removed and they will also be absolved from the sins that their forefathers or ancestors had accrued (“Pithru dosha”).

This is also a “parihara sthalam” for those with vision impairement and other eyesight related problems (“Nethra dhosha”). 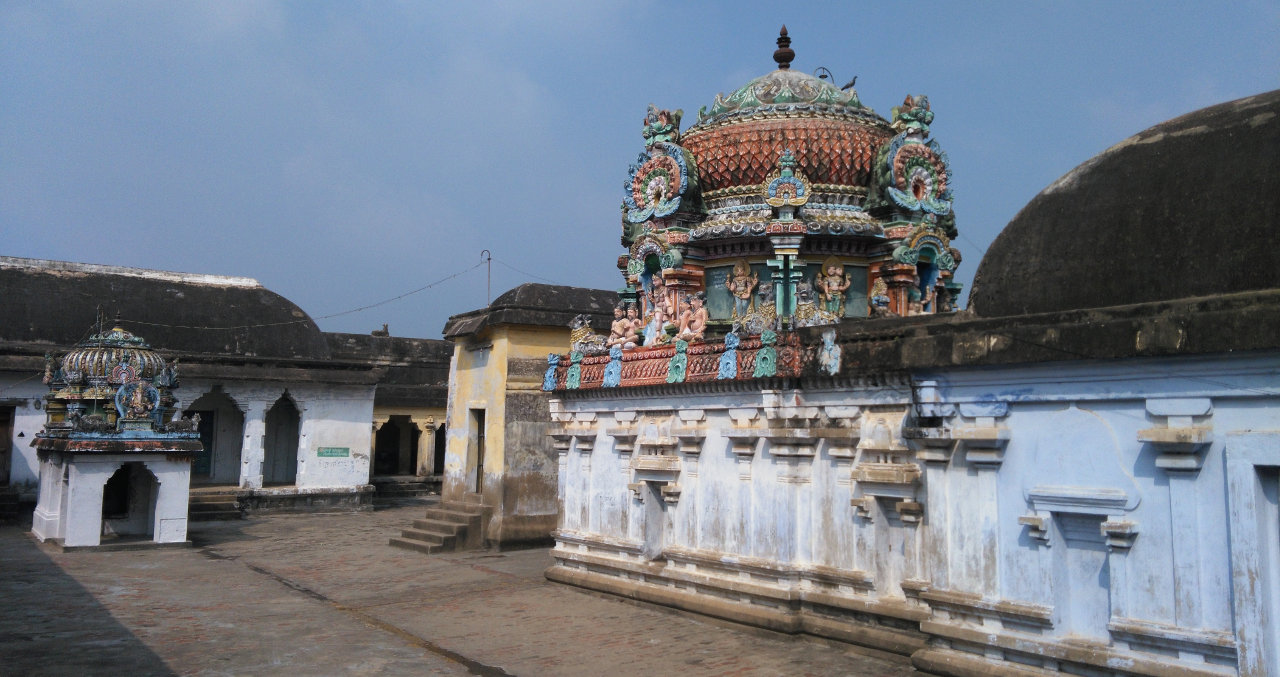 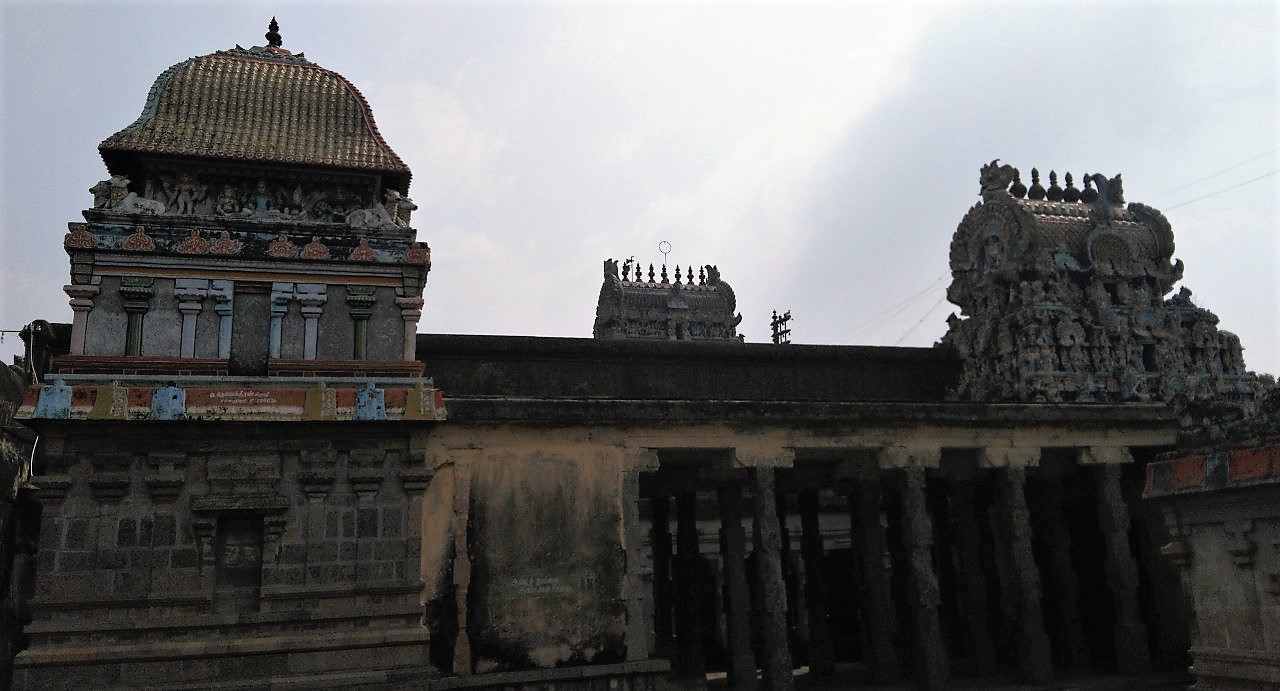 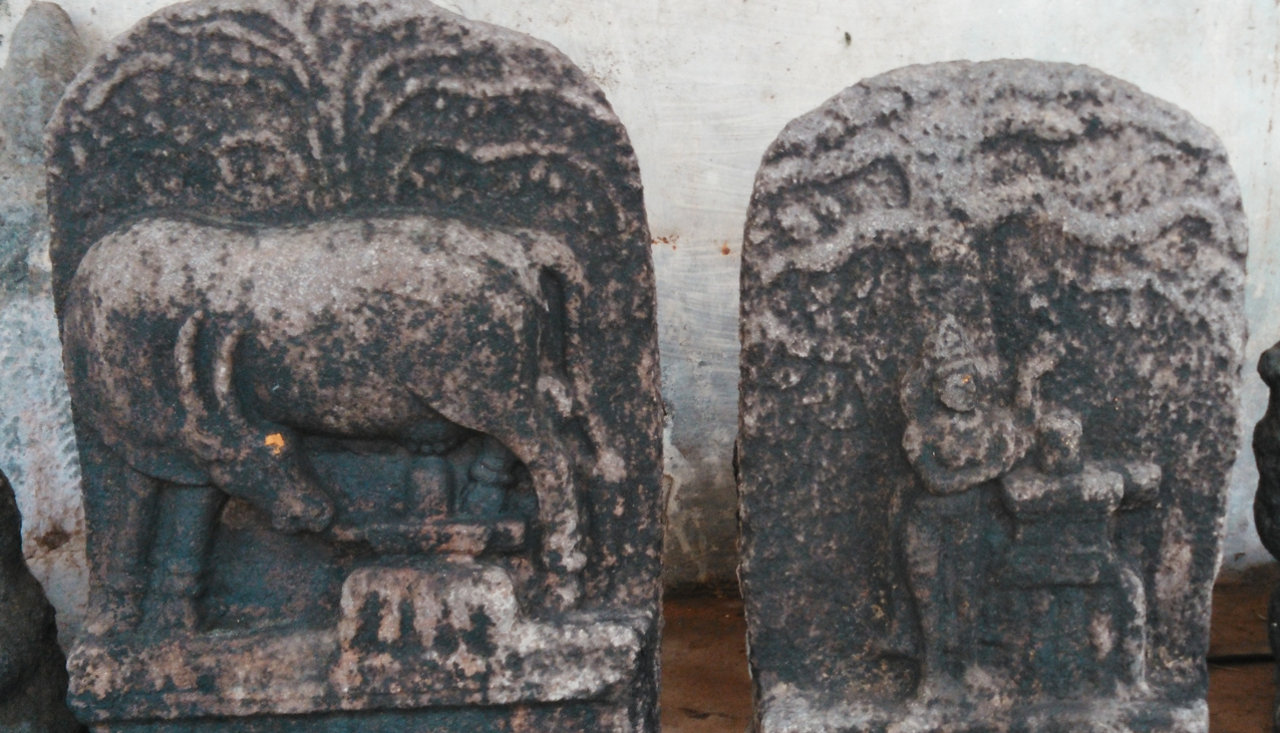 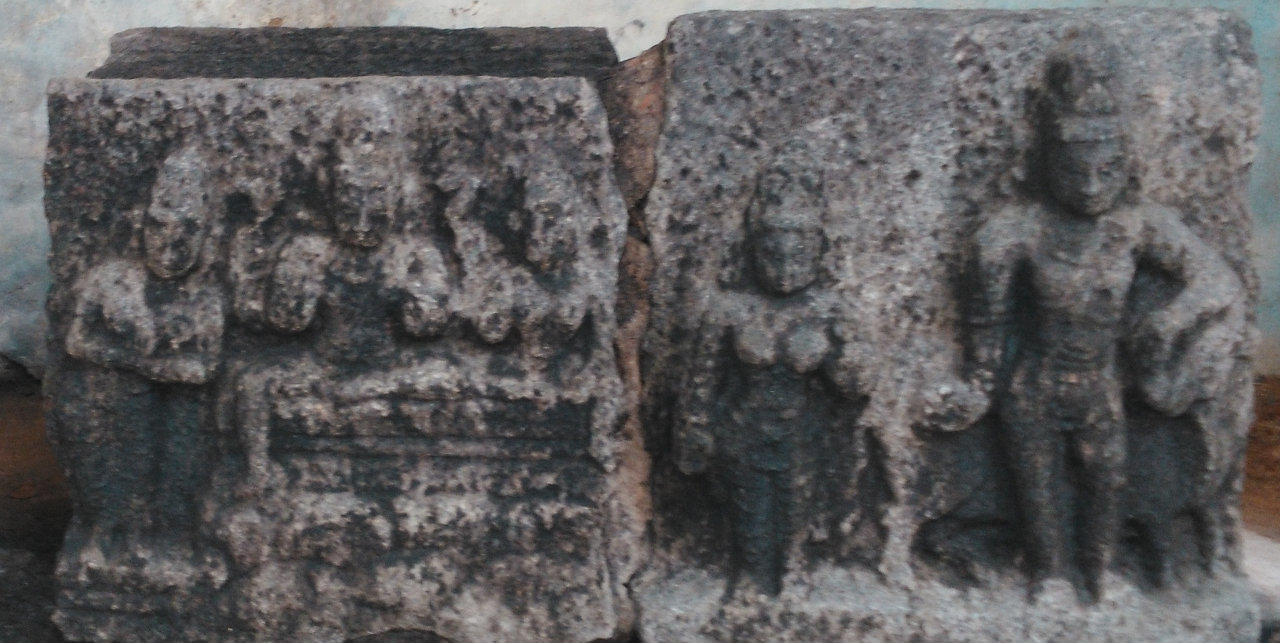