The temple faces the Bay of Bengal. River Kaveri enters the sea very near to this temple, hence the place around it is called “Kaveri Puhum Pattinam”. This has later been changed to Kaveripoompattinam. It is also called Poompuhar. Another ancient name of this place was “Puhar Nagaram”. Puhar in Tamil means the estuary of the river.

It is believed that a Pallava king built this temple and worshiped Lord Shiva here. Hence this place also gets the name “Pallavaneecharam” and the lord is praised as “Sri Pallavaneswarar”.

After the Chola period, a major part of the Poompuhar town was submerged in the Bay of Bengal. A few small villages still remain and bear silent witness to the cruelty of times. Chayavanam (Thiruchaikkadu), Pallavaneecharam, Melapperumpallam, Keelaperumpallam and Kezyayur are some of the important villages of the ancient city Poompuhar that still exist today. 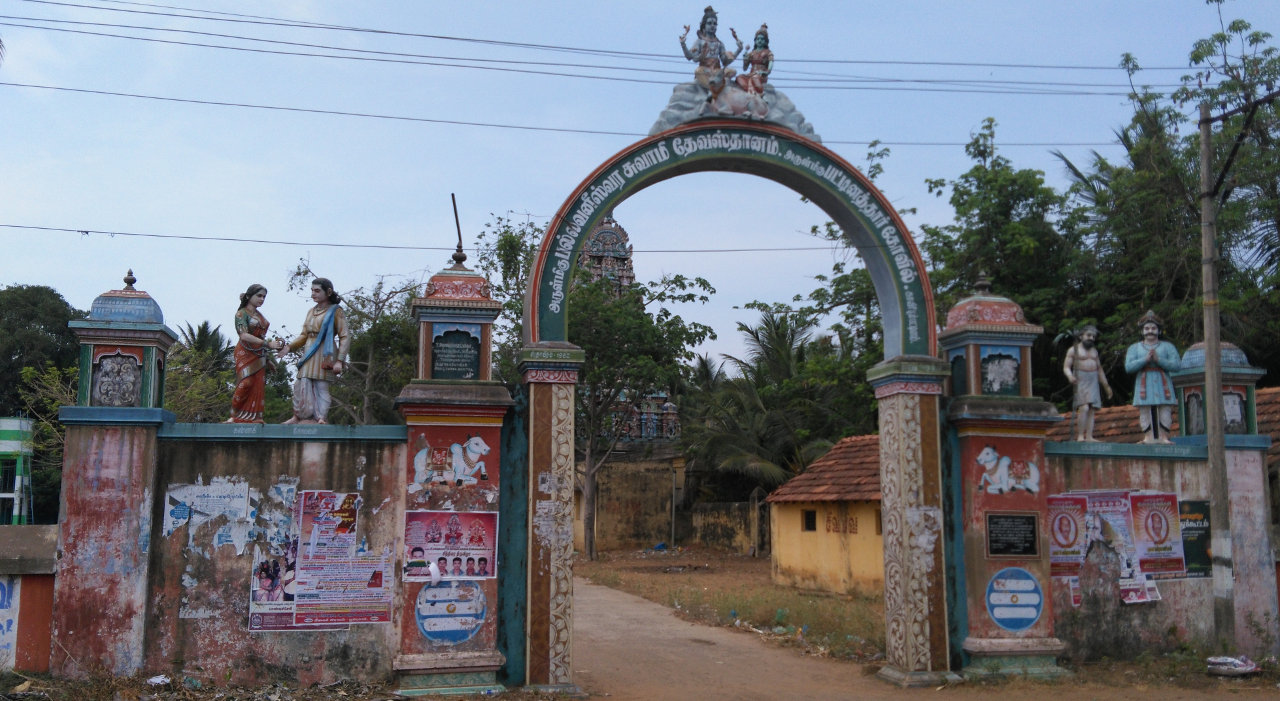 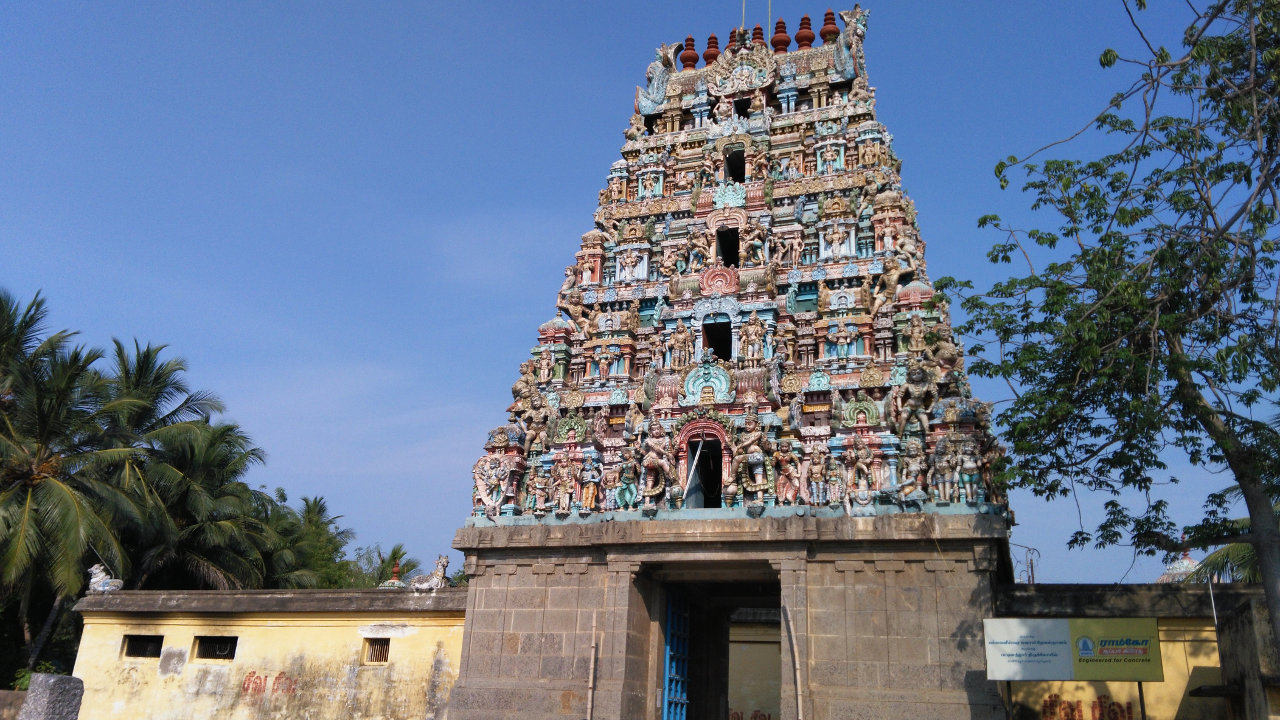 The legend associated with this temple is that of Saint Pattinathar.  It is believed that in this place, a devout couple by the name of Sivanesar and Gnanakalambikai, lived and worshiped Lord Shiva. Sivanesar was engaged in marine trading business. They were blessed with a son and named him Thiruvenkadar (after Lord Shiva at Thiruvenkadu). Thiruvenkadar was also a staunch devotee of Lord Shiva. When he attained the marriageable age, he married a girl by the name of Sivakalai. However, they were not blessed with a child. They visited many Shiva temples including the one at Thiruvidaimaruthur.

To bless them with a child, it is believed that Lord Mahalingaswamy of Thiruvidaimaruthur himself appeared as a newborn outside the house of a couple, Siva Sarumar Gurukkal and Suseelai. Lord Shiva appeared in their dream and advised them to give the child to Thiruvenkadar who in turn will give them enough wealth. On the advice of the lord, the couple handed over the child to Thiruvenkadar. Thiruvenkadar and his wife named the child as Marudavanar and raised him as their own son.

At a very young age, Marudavanar started handling his family business. One day after returning from his business travel, he gave a box to his mother for safe keeping and then left the house. Anxious to see what wealth his son had brought home, Thiruvenkadar opened the box but to his dismay the box contained nothing but a dung cake mixed with husk. He threw the box on the ground in anger. Inside the dung cake, he found gold and gems. There was also a note that said – “Kathatra usiyum vaaradu kaan kadai vazhikke” (Not even a broken needle will accompany the soul during the last journey). Thiruvenkadar then realised the truth and understood that this was Lord Shiva’s play and that he wanted him to give up his material wealth and enter into a spiritual life. Thiruvenkadar then renounced all his possessions and started visiting many Shiva temples. He also started composing and rendering hymns. It is believed that Saint Pattinathar was given “Shiva Dheeksha” by Lord Shiva himself at Thiruvenkadu. Thiruvenkadar is popularly known as Pattinathar.

There is a separate shrine here for Saint Pattinathar. He is believed to be the reincarnation of Kuberan and this temple is also known as “Pattinathar temple”.

He became a reputed Tamil ascetic-poet. He is also praised as “Thavaraja Singam” and he rendered many songs about Lord Shiva and Goddess Parvathy. Later, he prayed to Lord Shiva to bless him with salvation. The lord appeared before him and gave him a sour sugarcane. He asked him to travel to various holy places with it. The lord further advised him that as soon as he tasted sweetness at the end of the sugarcane, he would attain salvation. It is believed that Pattinathar attained salvation at Thiruvotriyur and his Jeeva Samadhi (a shrine) was built near the Thiruvotriyur temple.

It is believed that Kuberan and Kalava Maharishi have worshipped Lord Shiva in this temple. Sage Agasthiar is believed to have created the Jaanavi Theertham in front of the temple and worshiped the lord here.

Other than the shrines for Lord Shiva and Goddess Parvathy, shrines and idols of lords Adhikara Nandhi, Vinayakar, Murugan with his consorts (but without his peacock), Natarajar with Sivakami, few Shivalingams (called Suryeswarar, Sundareswarar and Agasthiyeswarar), Gajalakshmi, Saneeswarar, Suryan, Chandran, Bairavar, Thirugnanasambanthar, Navagraham, Goddess Durgai and Chandikeswarar can be seen in the corridors.

In the “koshtam” (place surrounding the sanctum sanctorum), idols of Narthana Vinayakar, Dakshinamurthy, Lingothbavar, Brahma and Durgai can be seen.

There is a separate shrine for Saint Pattinathar who is seen worshiping the lord. 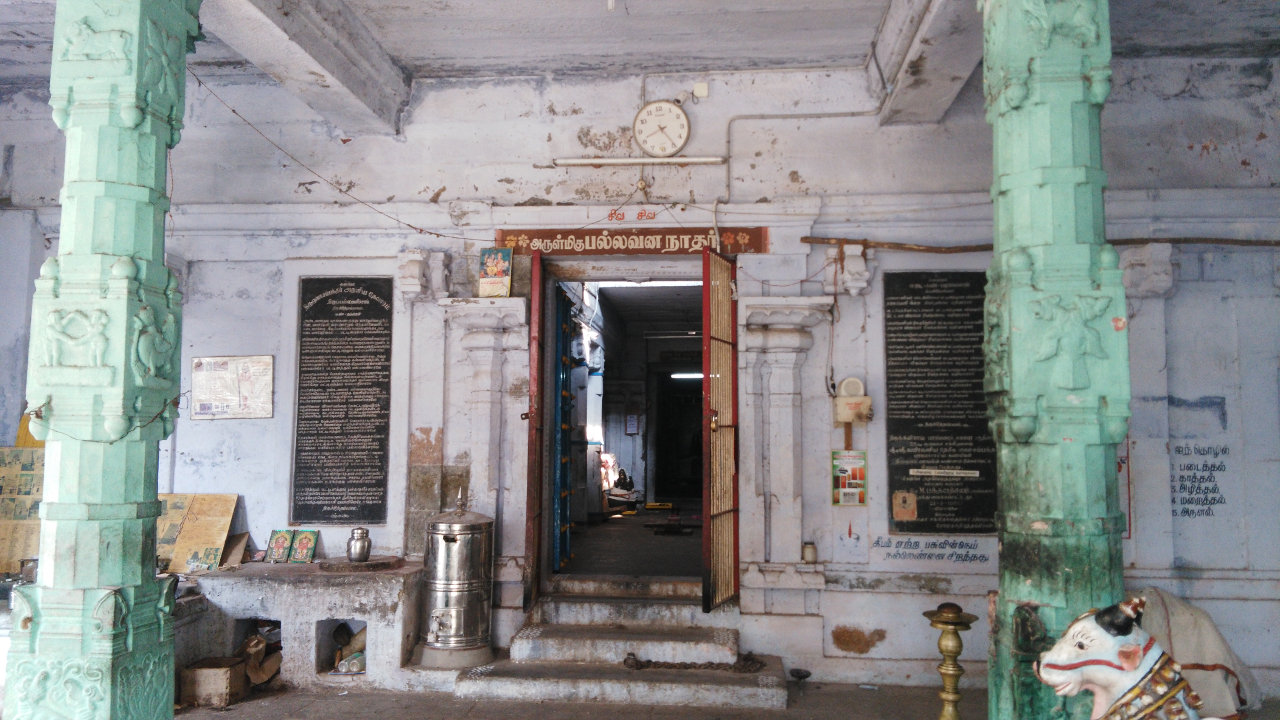 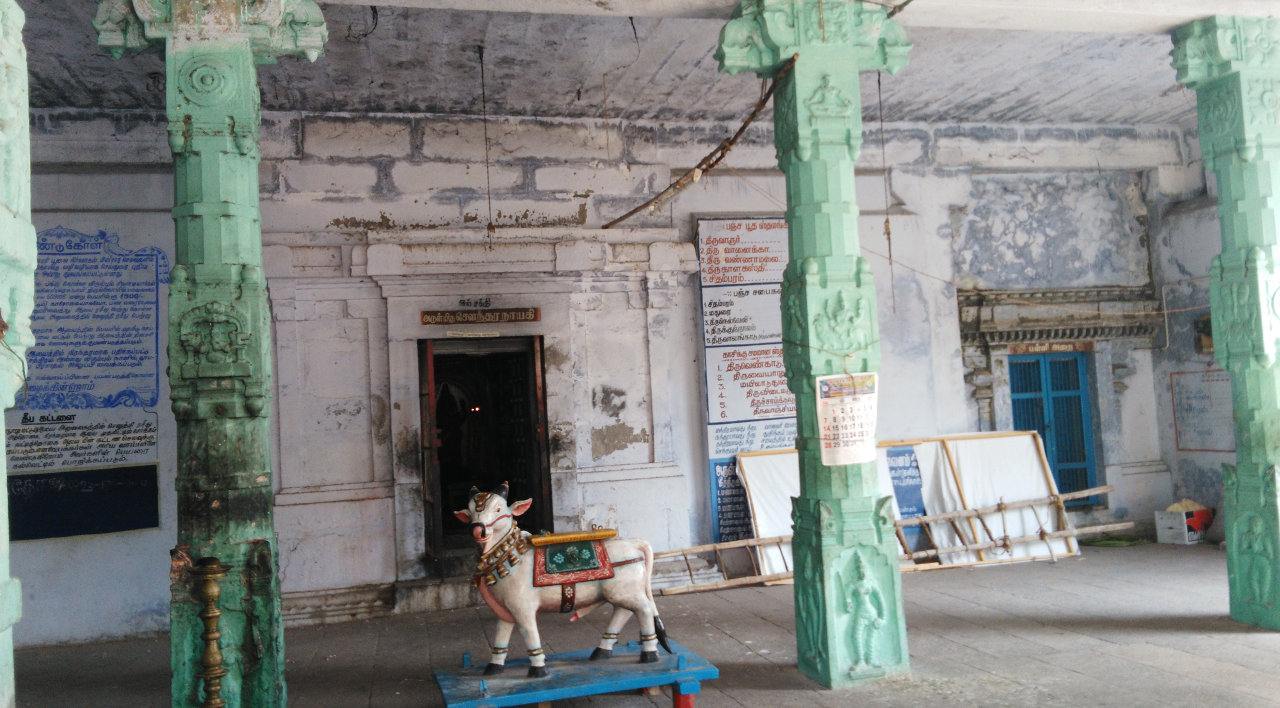 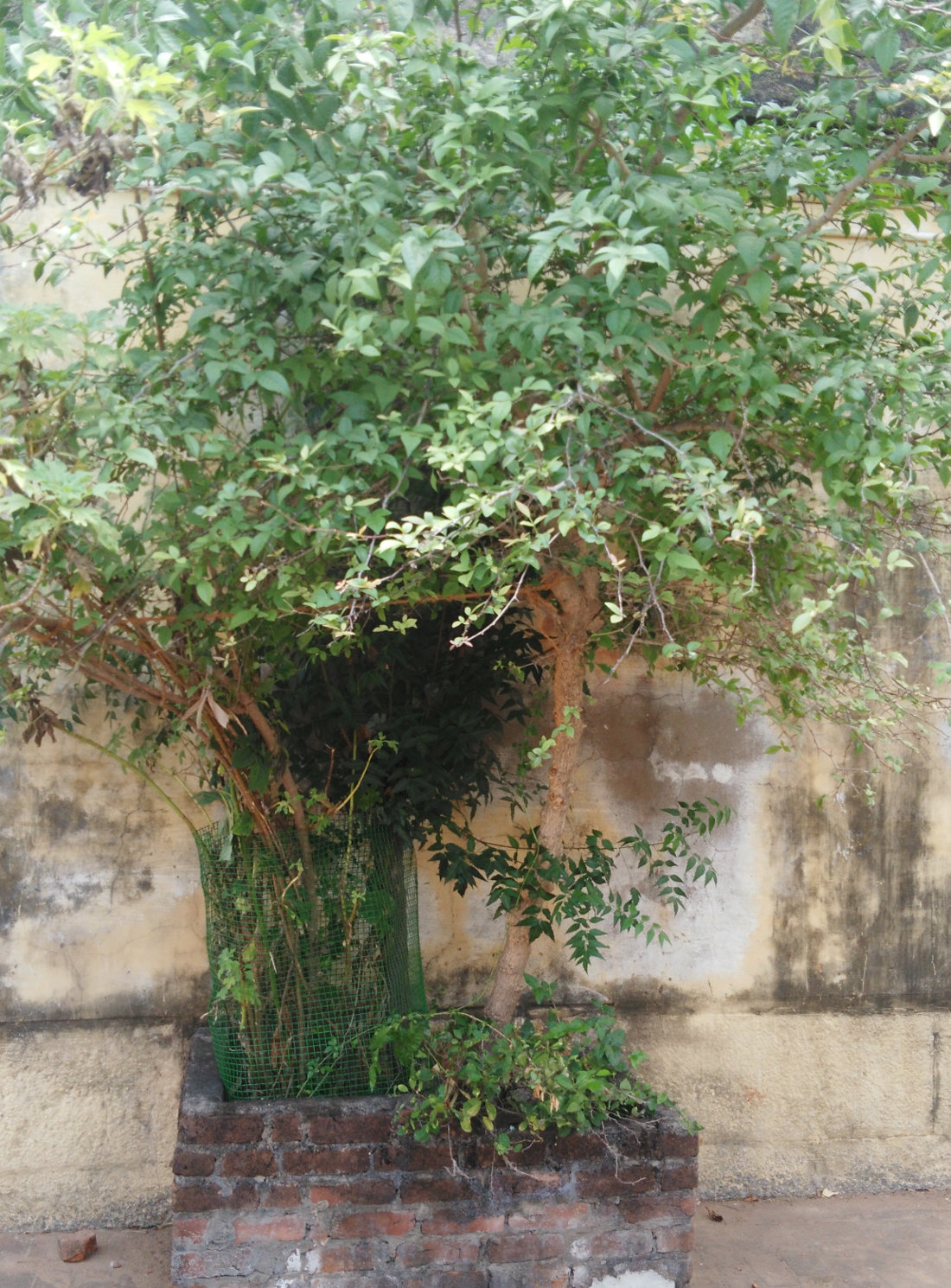 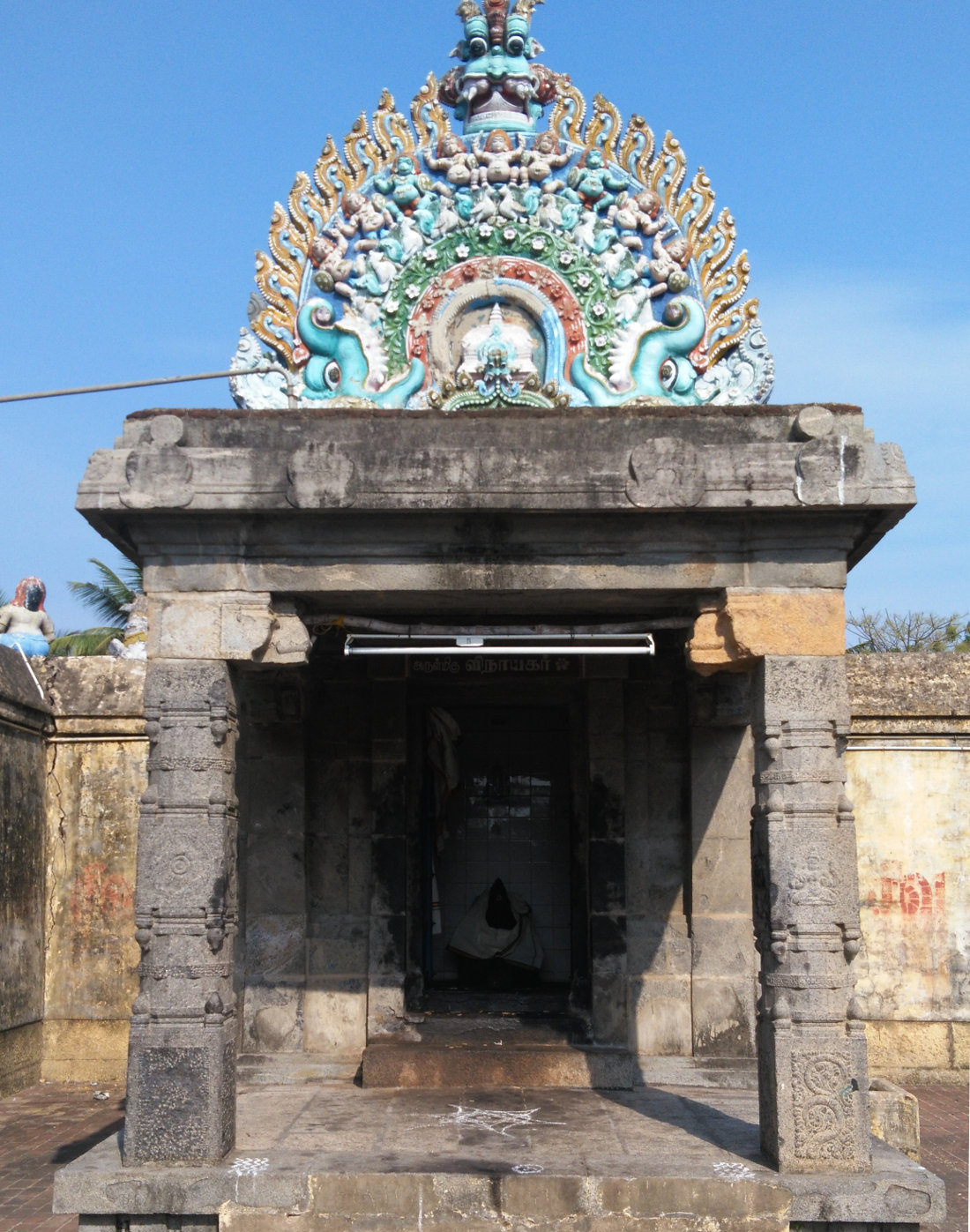 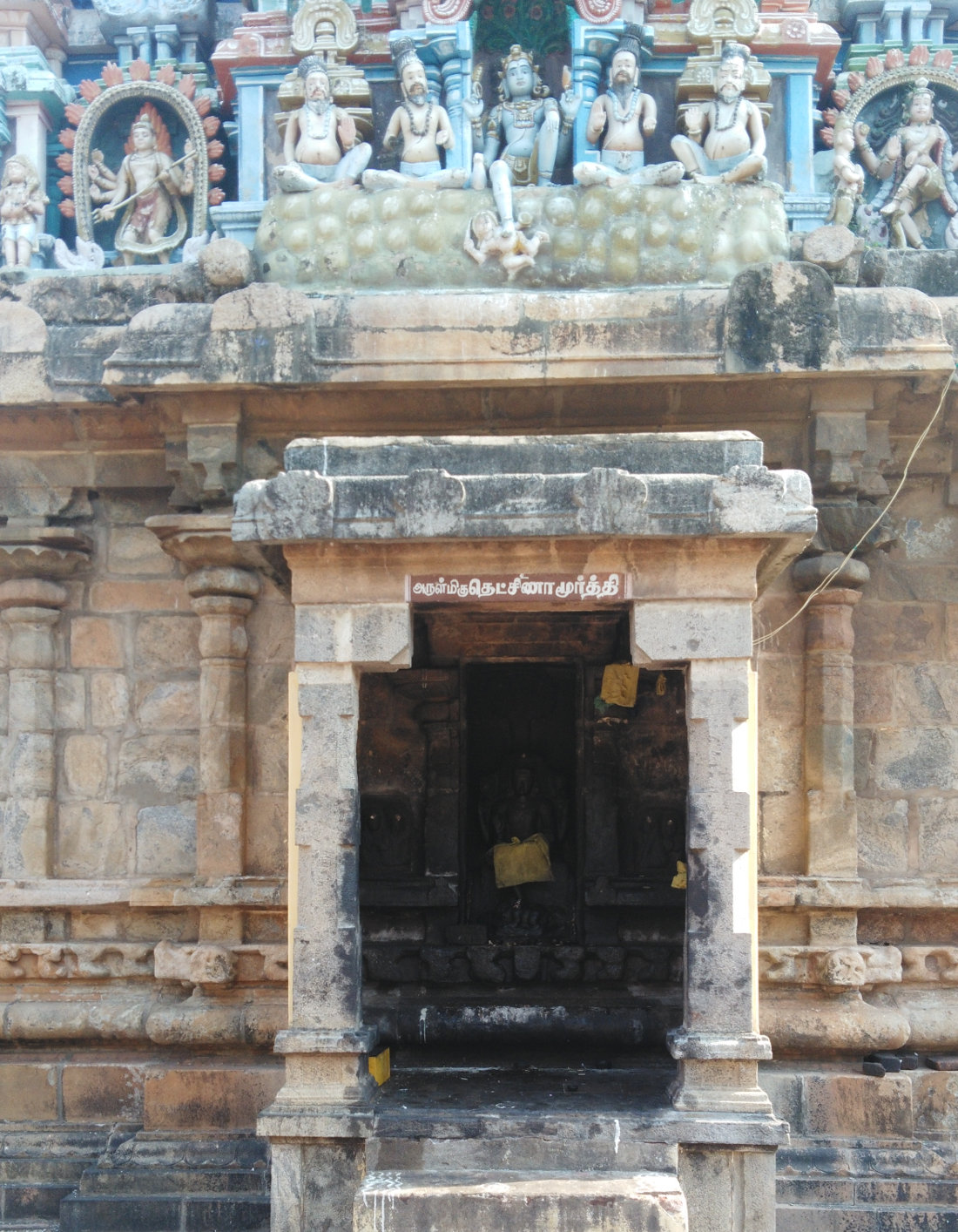 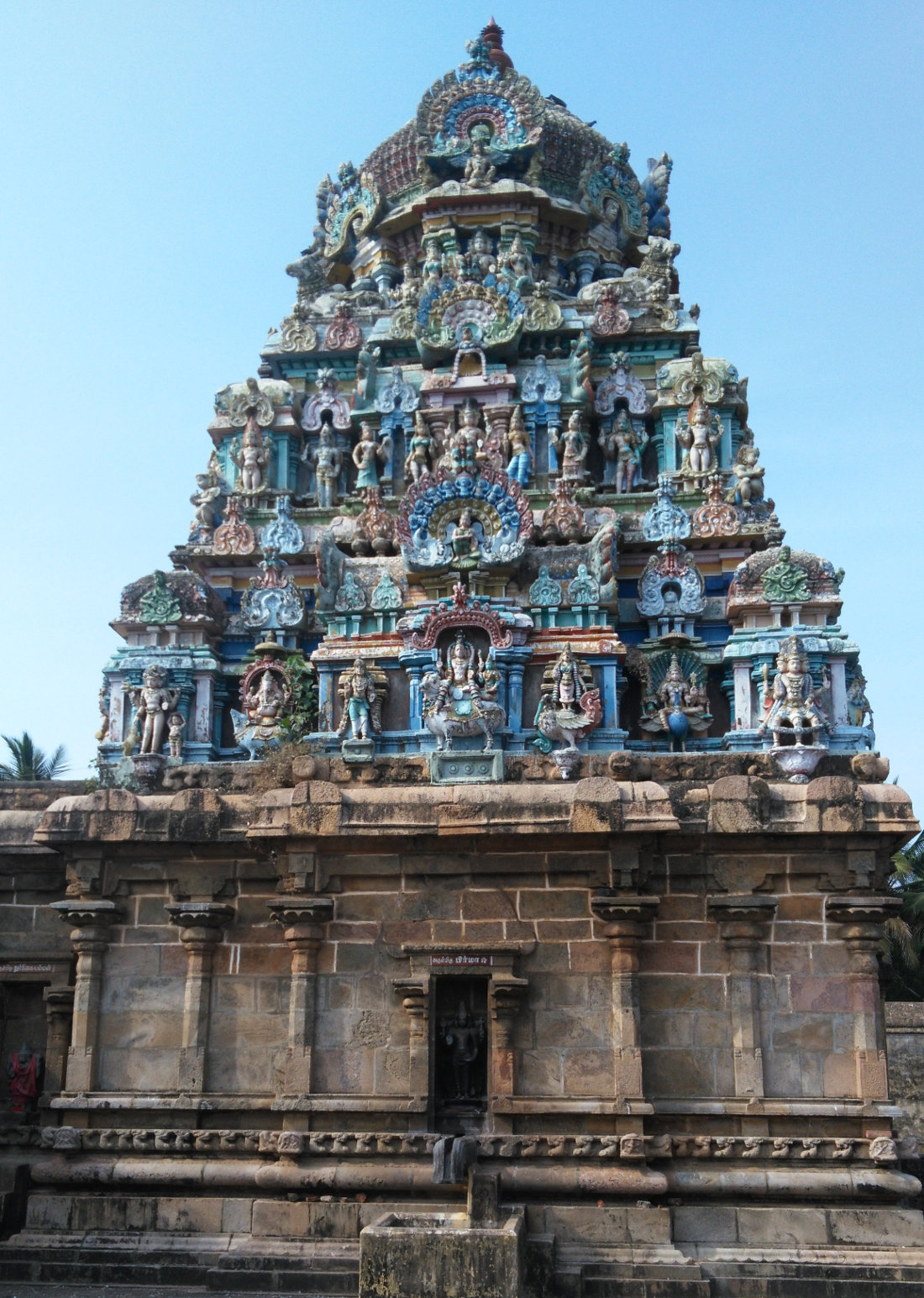 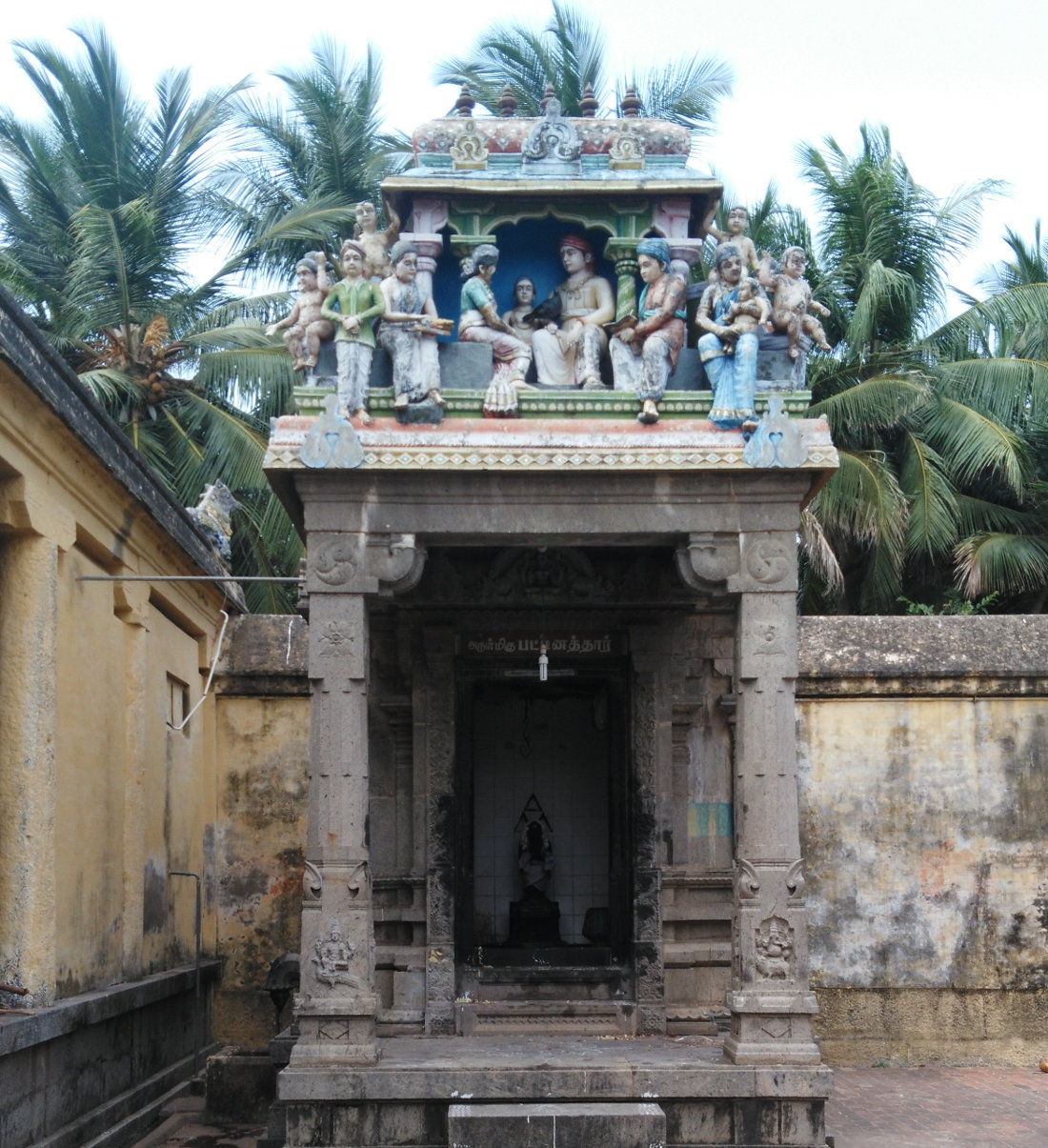 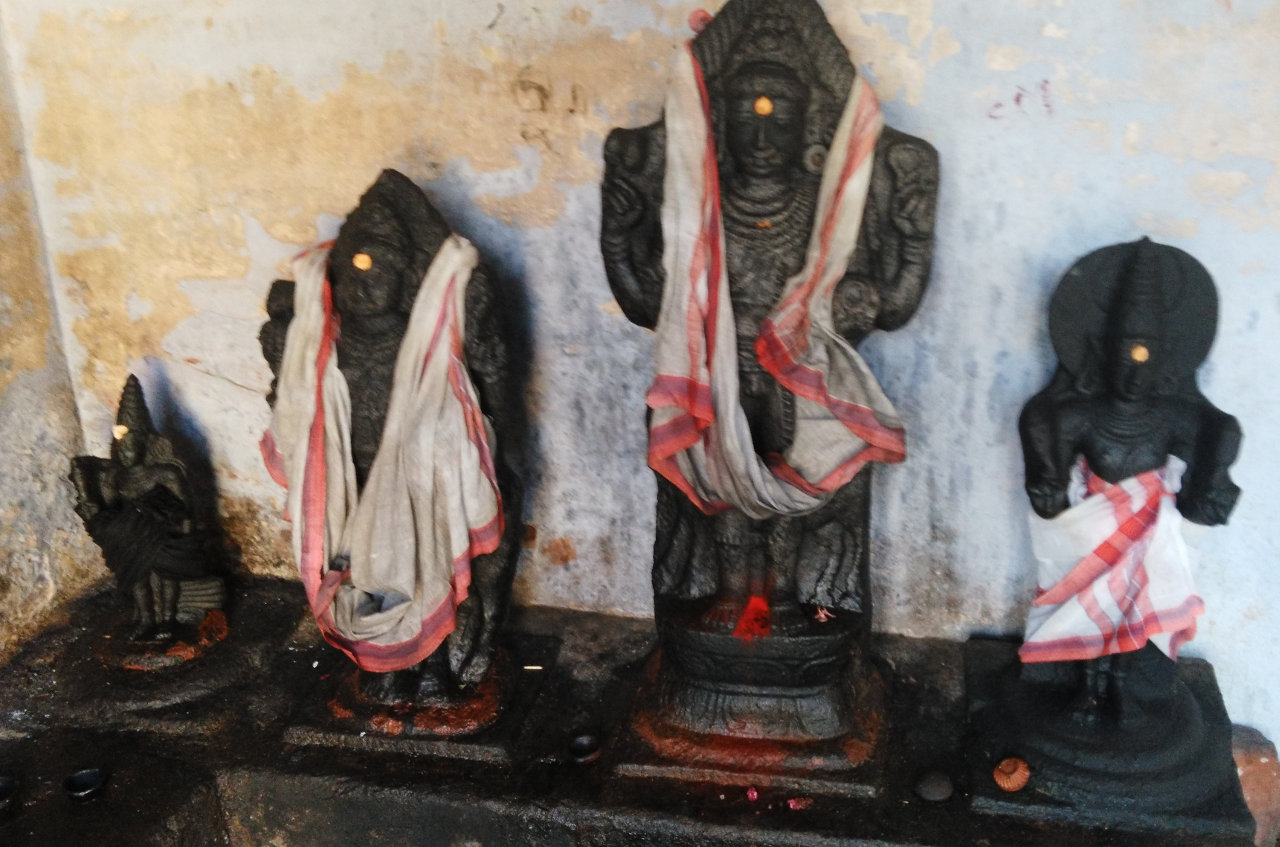 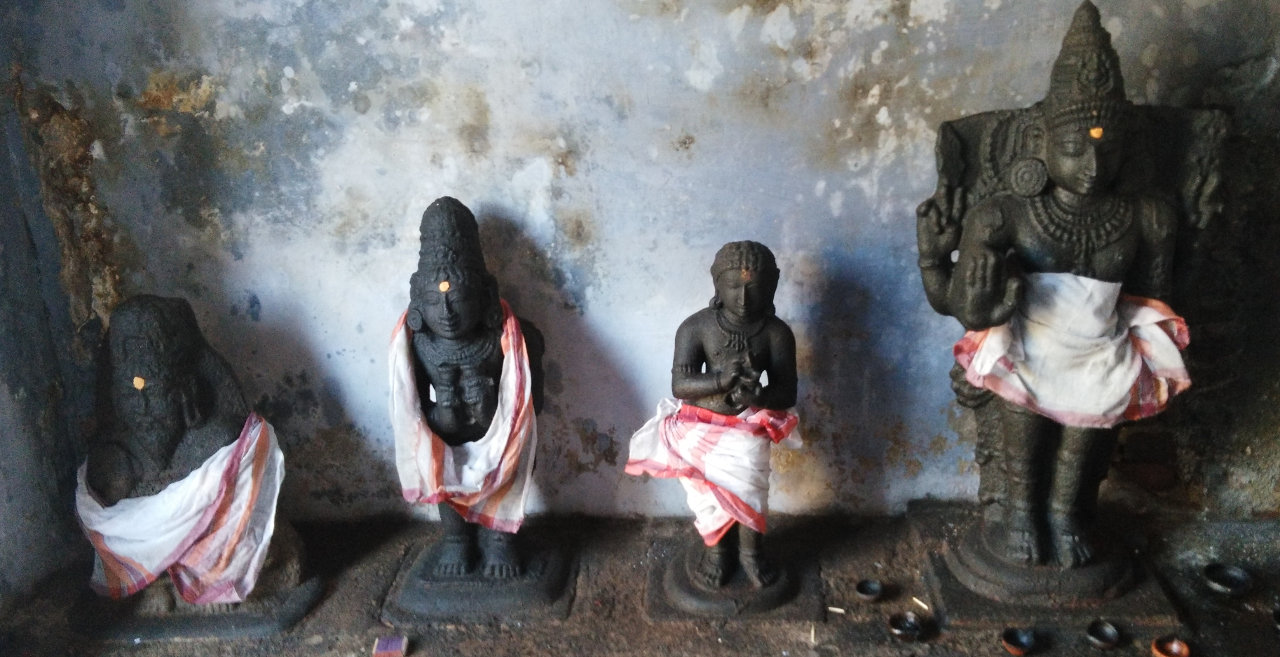 The idol of Lord Shiva is very big in size and it looks very majestic.

Lord Natarajar’s “Sabha” here is similar to the one in Chidambaram temple.

All the idols in the Navagraham are facing towards Lord Shiva – that is, they face the west direction.

As Thiruvenkadar was born in this place, he is popularly known as Pattinathar (named after Kaverypoompattinam). Interestingly, in this temple, Brahmotsavam is not celebrated for Lord Shiva. Instead it is celebrated for Saint Pattinathar. This is known as “Adiyaar Utsavam” meaning the festival of the devotee.

There is a separate temple here for Goddess Sampapathi Amman, which is believed to have been worshipped by Kannaki, Madhavi and Manimekalai (characters of Silapathikaram) of the Sangam epics.

Devotees believe that by worshiping the lord here, their children would be blessed with wisdom and intelligence.

Some of the main festivals celebrated in this temple are -

Vaikasi, Visakam in the Tamil month of Vaikasi (May-June) and

Pattinathar festival is celebrated for 12 days, the 10th day commemorate the event of Lord Shiva granting salvation to Saint Pattinathar. It is celebrated in a grand manner.

The temple priest Sri Prabhupada Gurukkal can be contacted at 99446 65998. 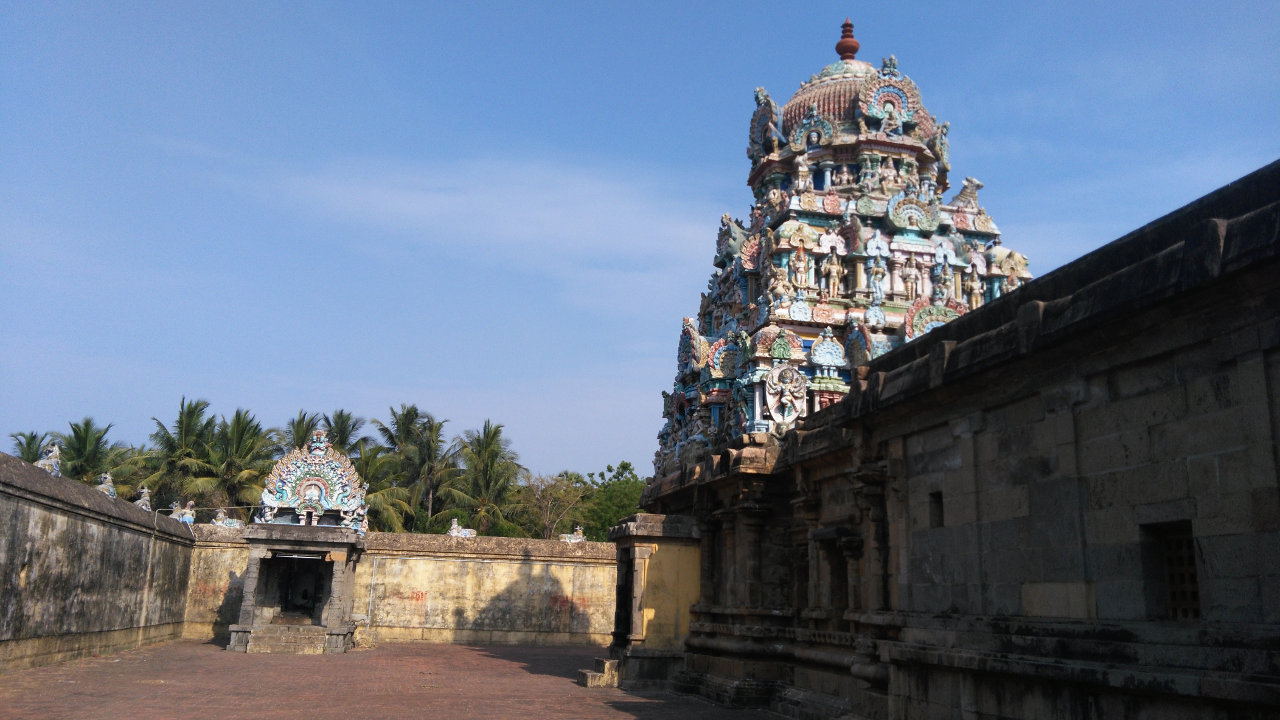 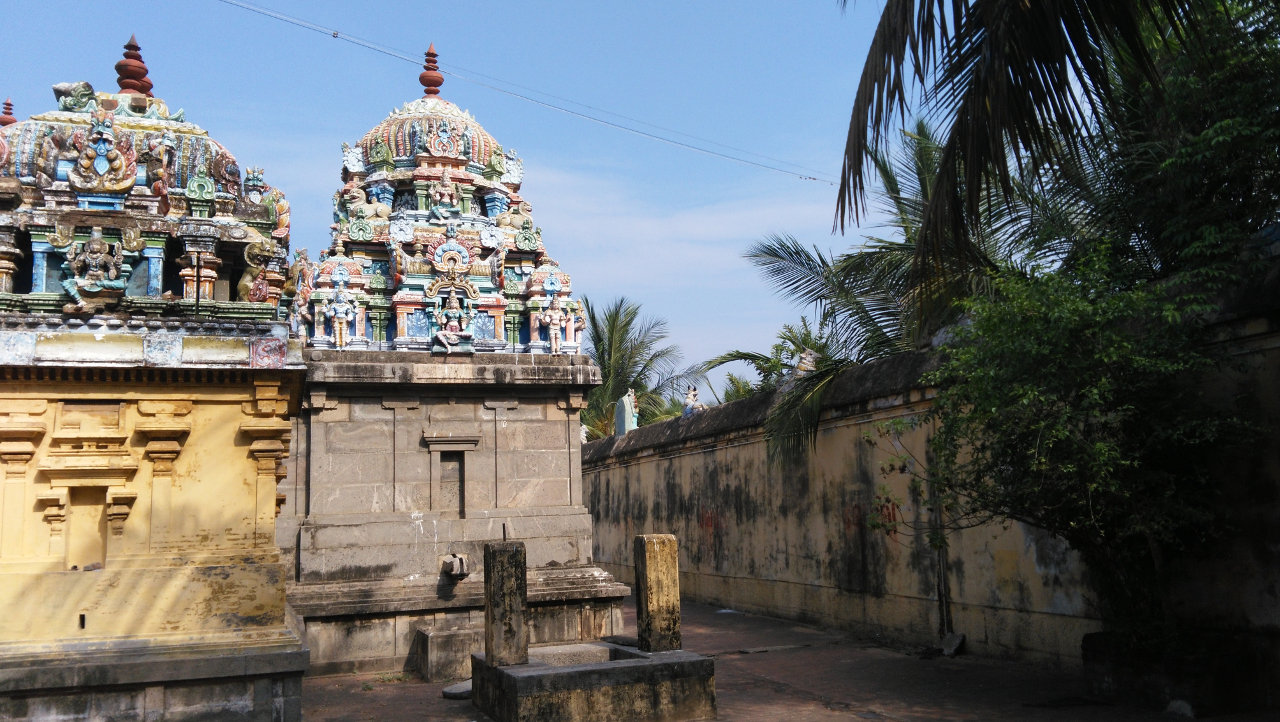 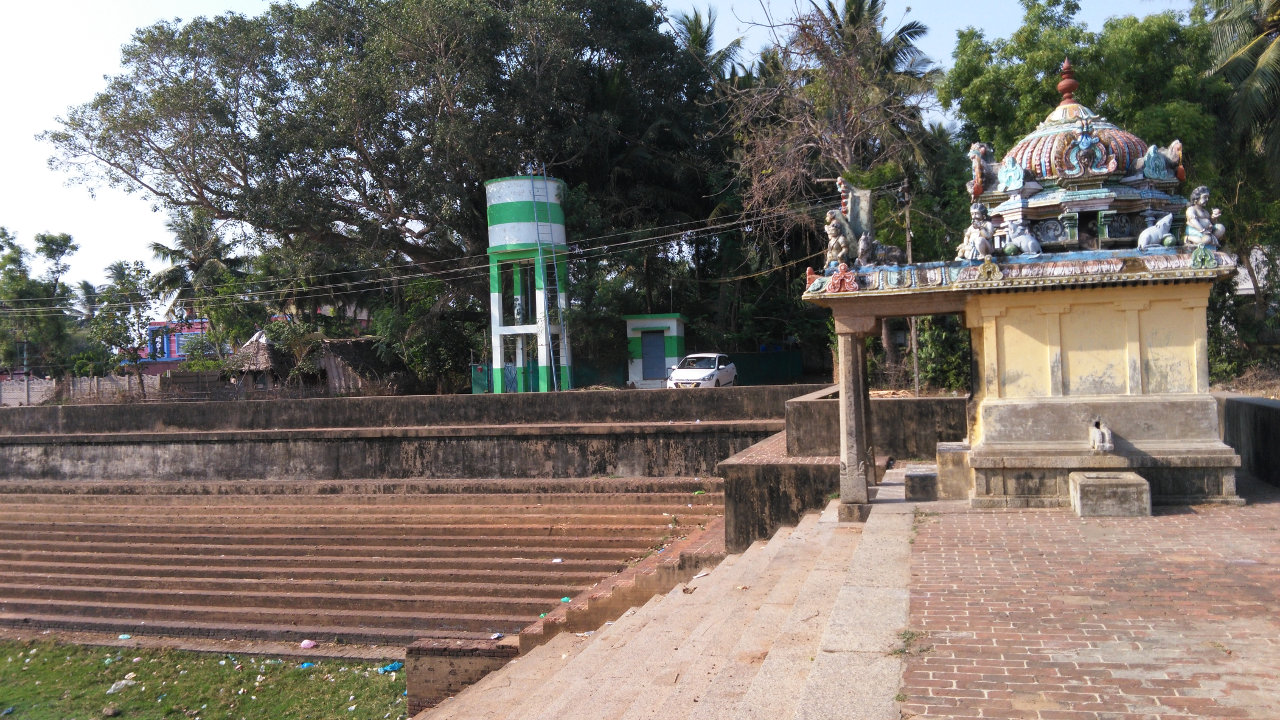