This ancient temple is situated on the southern bank of the river Kudamurutti.

There are some stone inscriptions which date back to the periods of many Chola kings like Adhithan-I, Paranthakan, Rajarajan, Rajakesari Varman, Konerinmai Kondan and Kulothungan. In these inscriptions, the name of the lord is mentioned as Tholaiyachelvar and Thiru Chotruthurai Nathar.

From these inscriptions, it is known that this temple was renovated by Chola King Adhitha Chola-I. 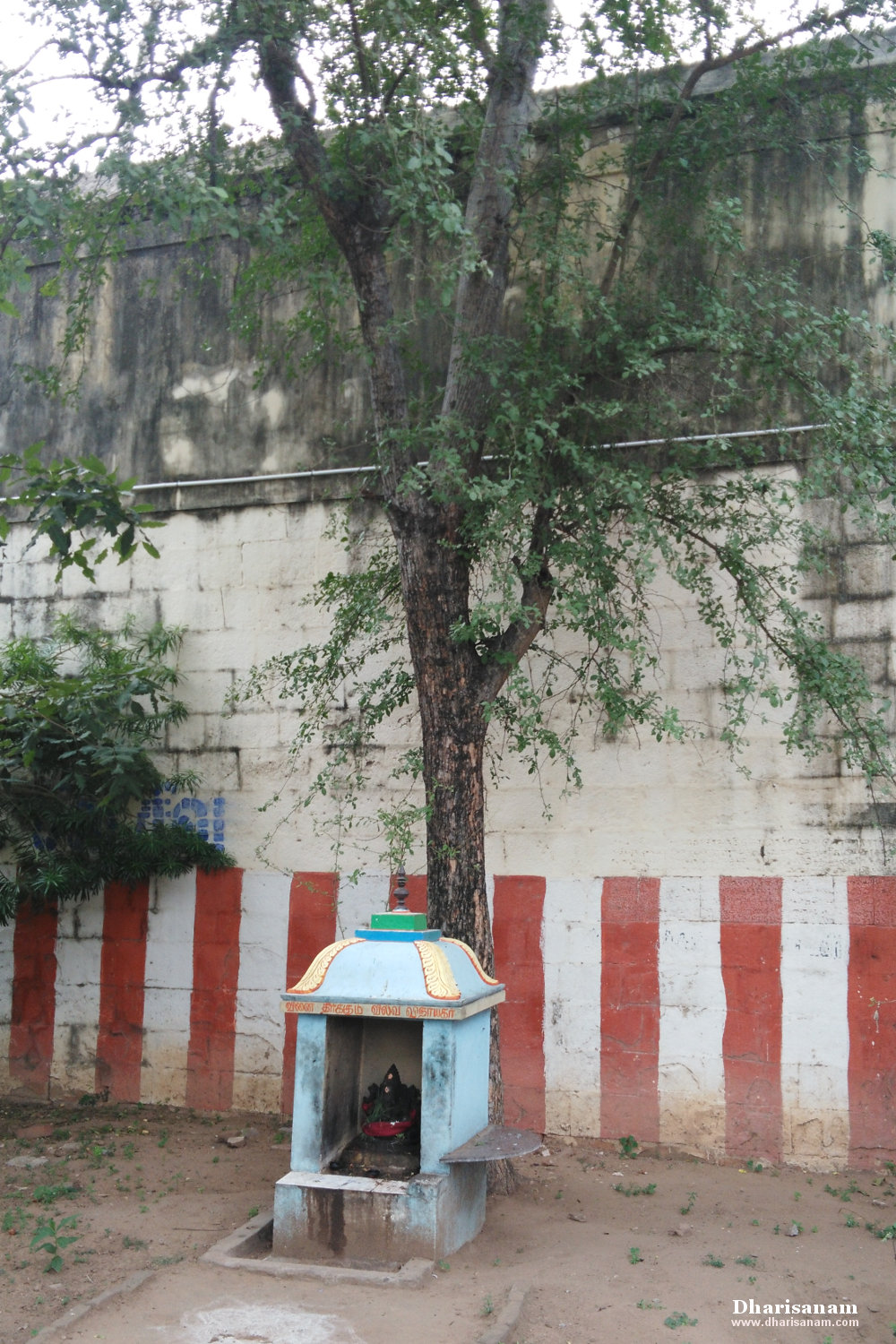 As per Sthala Puranam, during a time of drought, Lord Shiva gave a bowl (“Akshaya Pathiram”) to a devotee couple, Arulalar and his wife, when they pleaded for food. It is believed that the Akshaya Pathiram never ran out of food. The couple fed all the people in their village using food from that bowl. Hence this lord here is praised as “Sri Tholaiyachelvar”, “Sri Chotruthurai Nathar” and “Sri Chorudaiyan. The goddess is praised as “Sri Annapoorani”. This place gets the name “Chotruthurai”. “Choru” and “annam” both mean food in Tamil. This place is also known as “Annam Vatra sthalam” (“annam” means food, “vatra” means something that never finishes and “sthalam” means place in Tamil). It is believed that this is the second temple where Lord Shiva gave away the “Akshaya Pathiram” to his devotees. The first one being Kasi (Banaras).

It is also believed that Lord Shiva and Goddess Parvathy gave rice from the surrounding paddy fields to a large a number of devotees. Hence these paddy fields are also called “Annam Padaitha Vayal”.

“Choru” not only refers to food but also to the process of obtaining salvation and reaching the abode of Lord Shiva. The lord here is not only providing food to satisfy one’s hunger but also blessing them with salvation. Hence the lord here is also praised as Sri Chotruthurai Nathar (“Sri Othanavaneswarar” in Sanskrit).

It is believed that Sage Gautama, one of the seven rishis (“Saptha Rishis”), stayed here and worshiped Lord Shiva. He attained salvation here and hence this place also gets the name Gautama Ashram.

Other than the shrines of Lord Shiva and Goddess Parvathy, shrines and idols of Valanchuzhi Vinayakar, Murugan, Mahavishnu, Natarajar, few procession idols, Nalvars, Lingothbavar, Gautama Maharishi, Iyyanar, Sapthamadhas, few lingams, Vinayakars, Mahalakshmi, Navagraham, Kasi Viswanathar and Chandikeswarar can be seen in the main hall and in the corridor.

Shivalingams representing all the seven Sapthasthana temples and all the five Pancha Bootha sthalams can also be seen in the corridor.

In the “koshtam” (place surrounding the sanctum sanctorum), idols of Vinayakar, Dakshinamurthy, Ardhanareeswarar, Brahma and Durgai can be seen.

Idols of Arulalar couple (who got the “Akshaya pathiram” from Lord Shiva) can also be seen near the sanctum.

There is a separate temple for Goddess Parvathy in the temple complex. Idols of Vinayakar, Murugan and Mahalakshmi can be seen here. 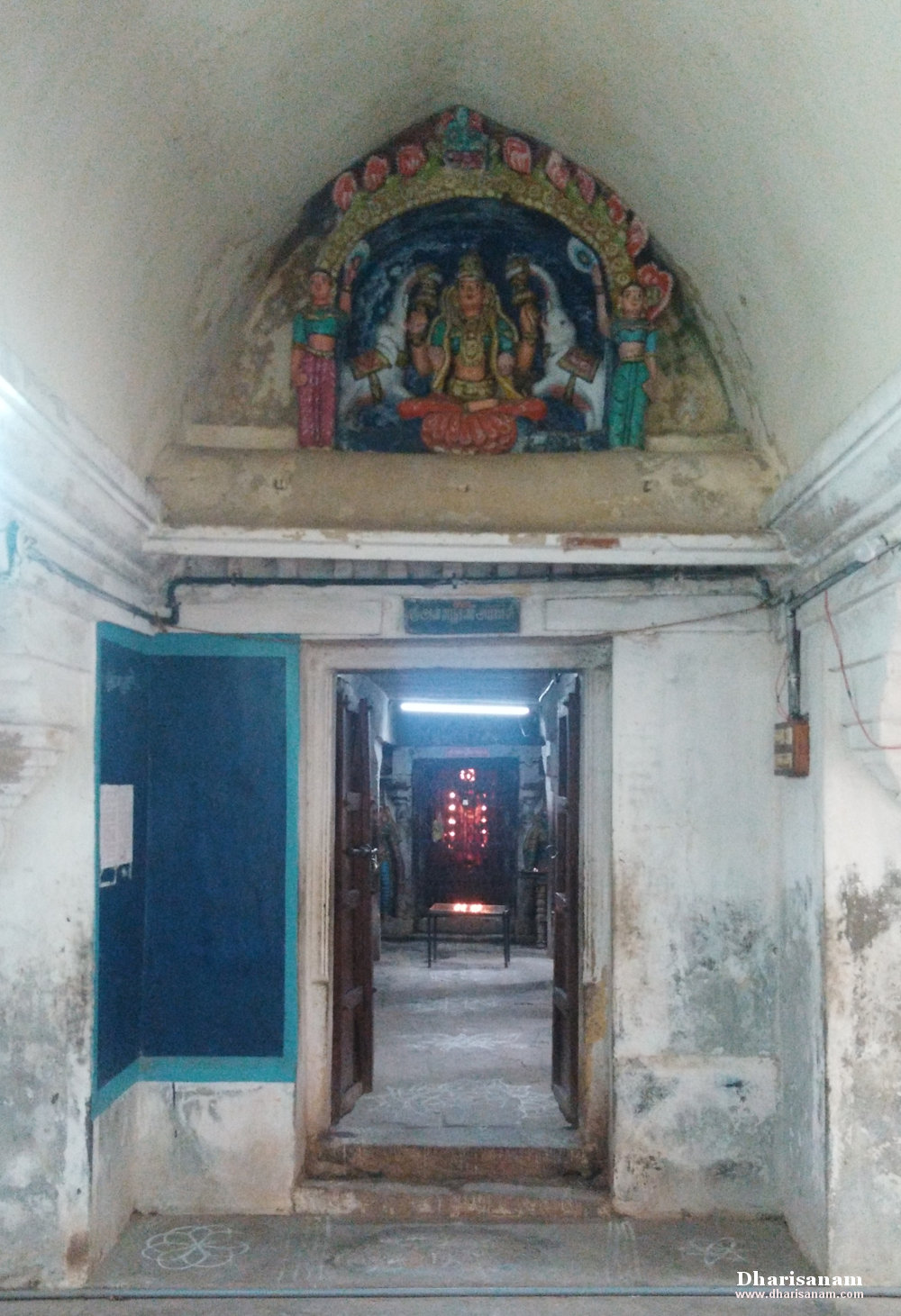 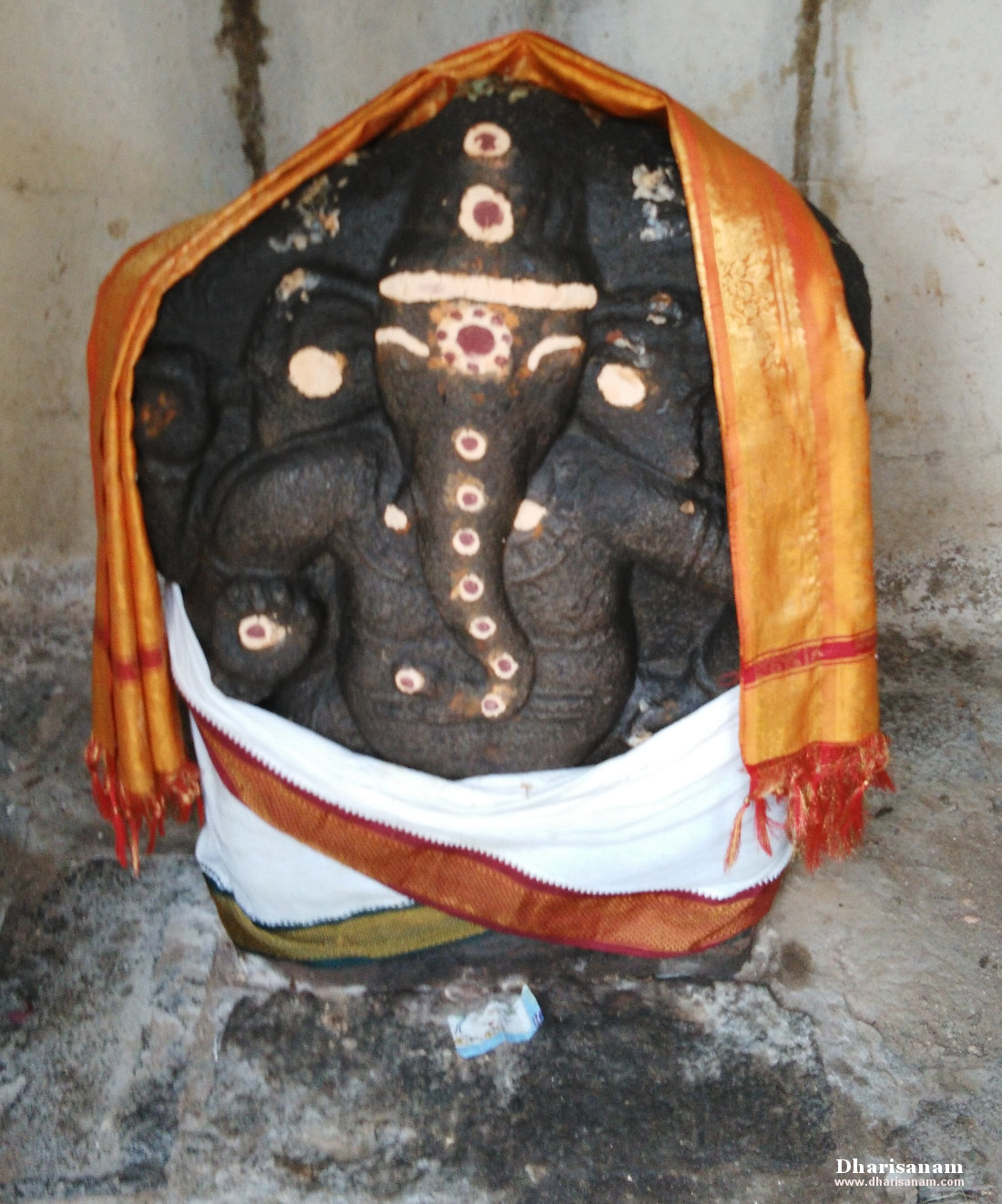 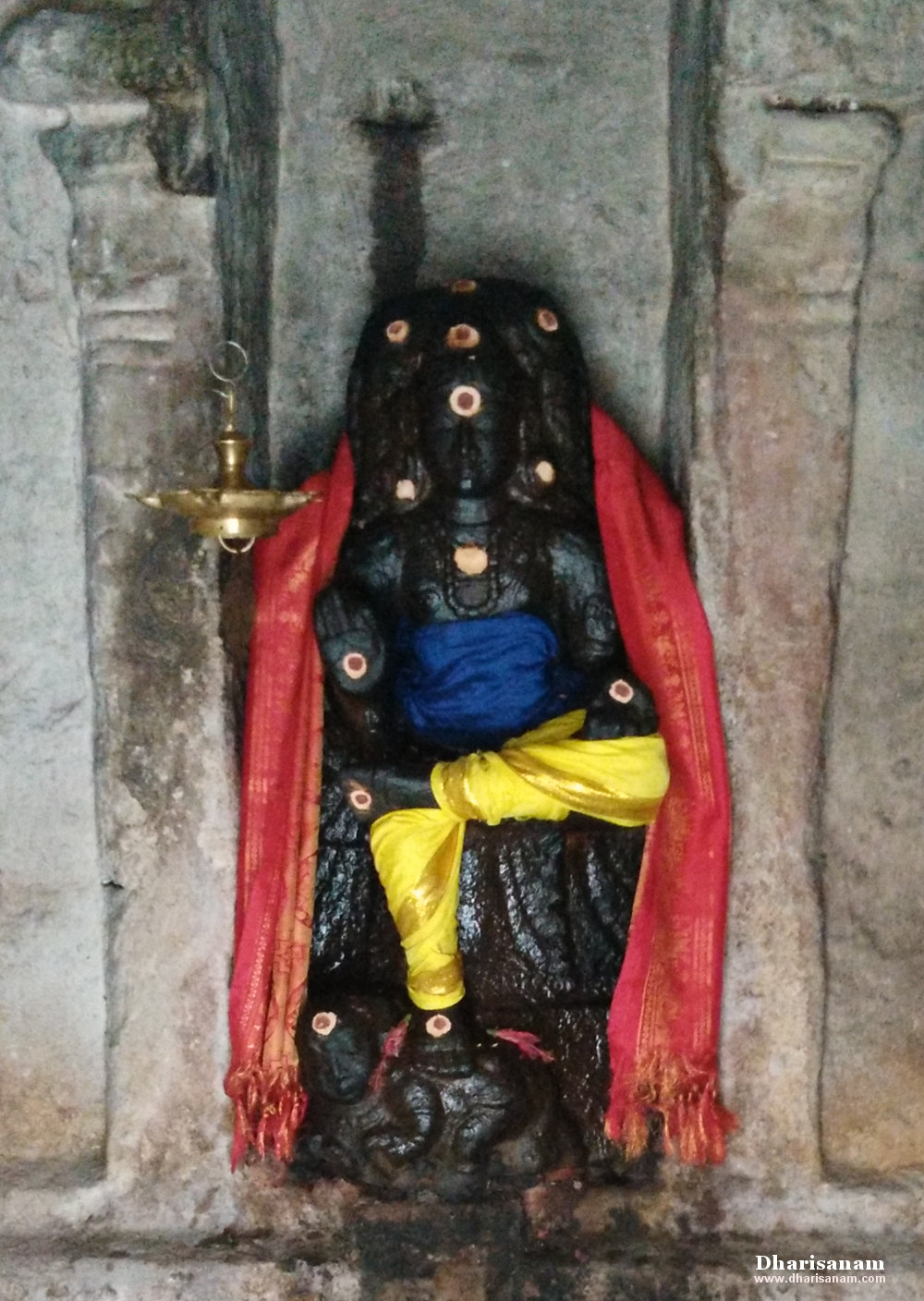 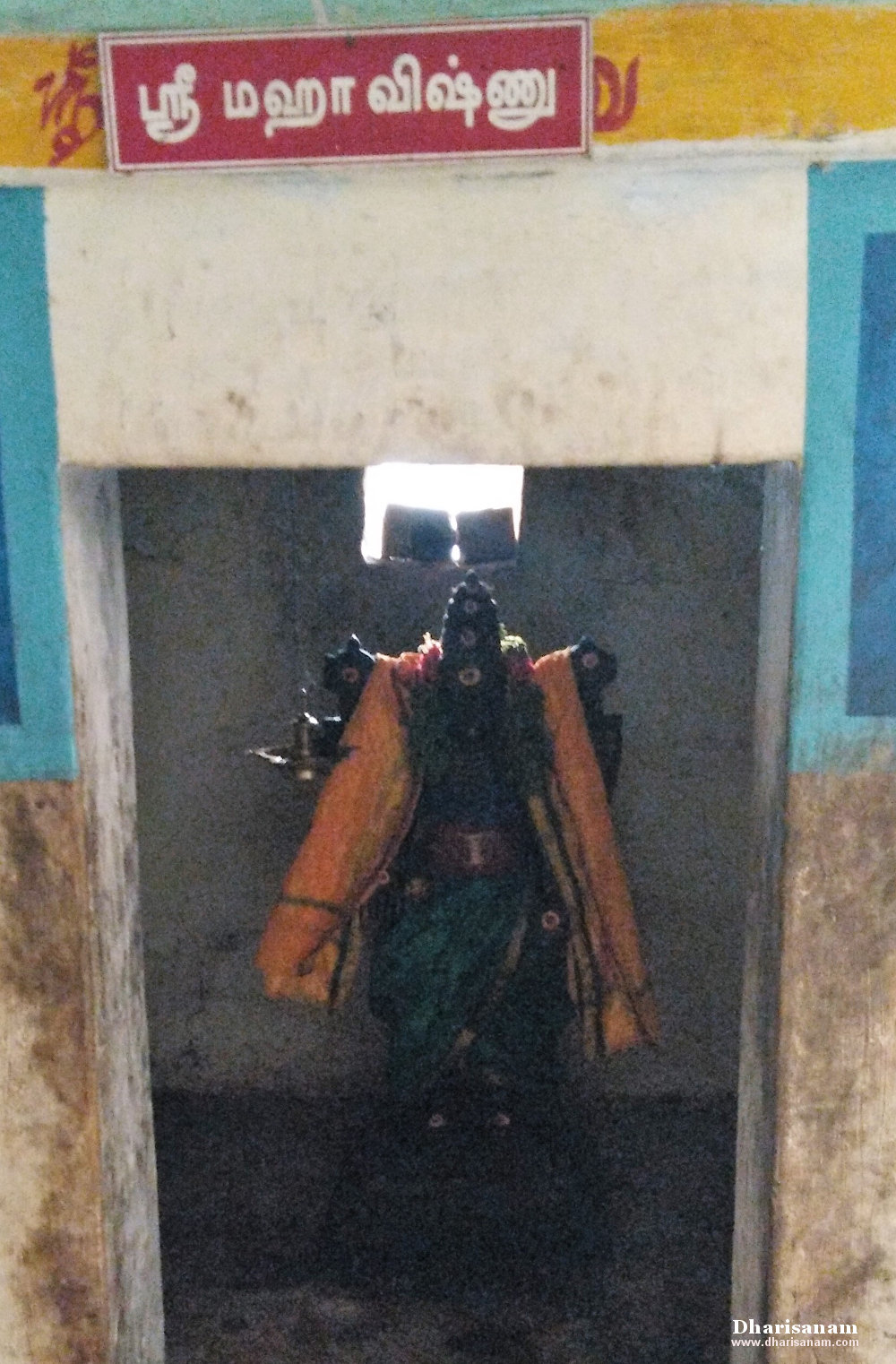 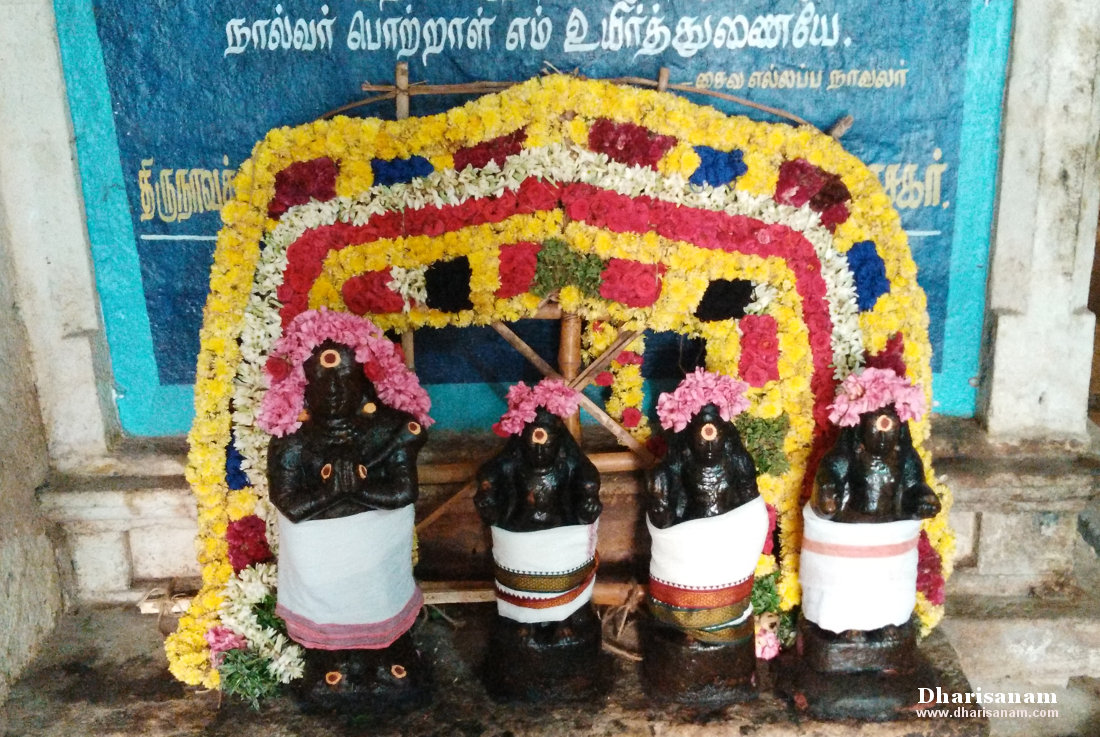 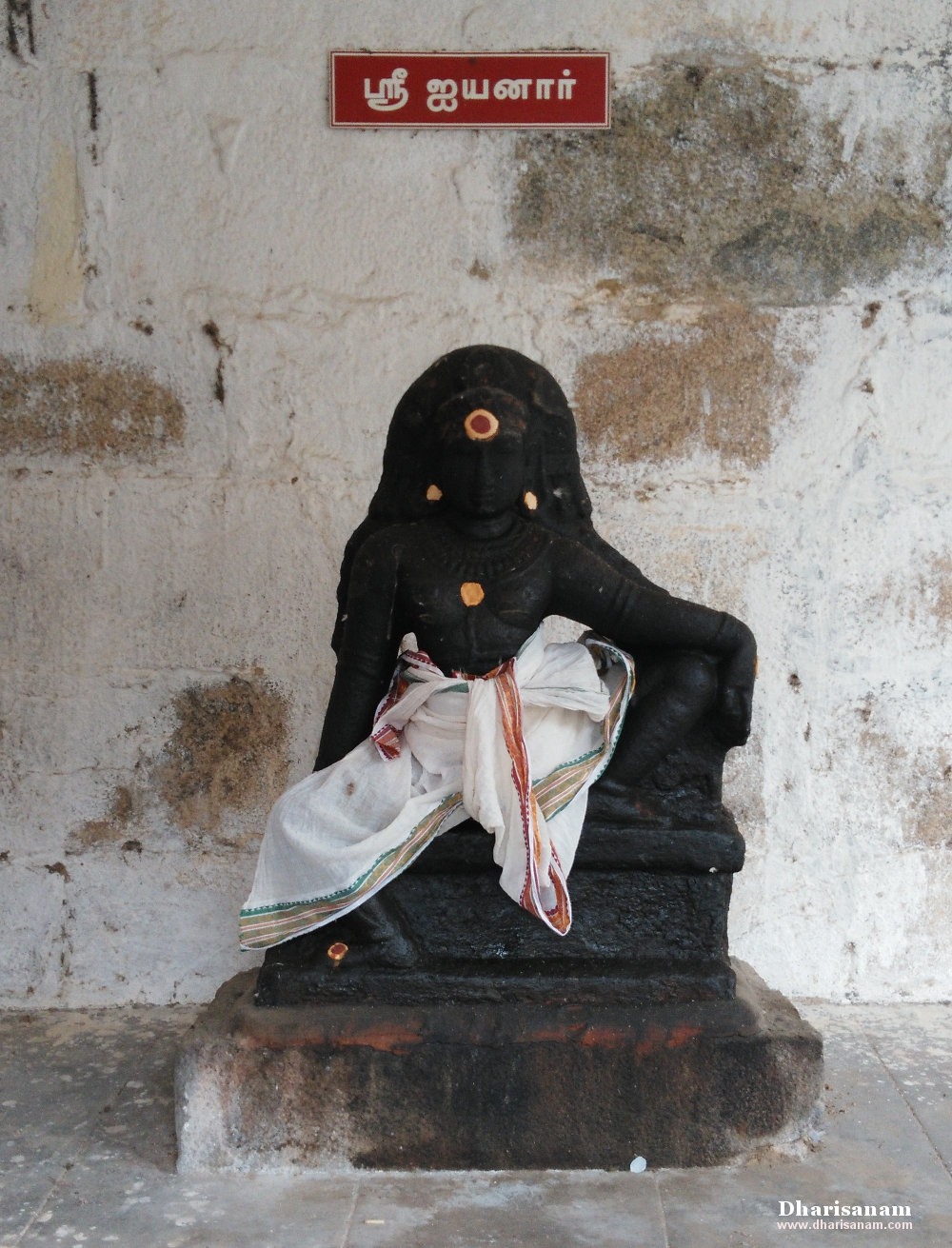 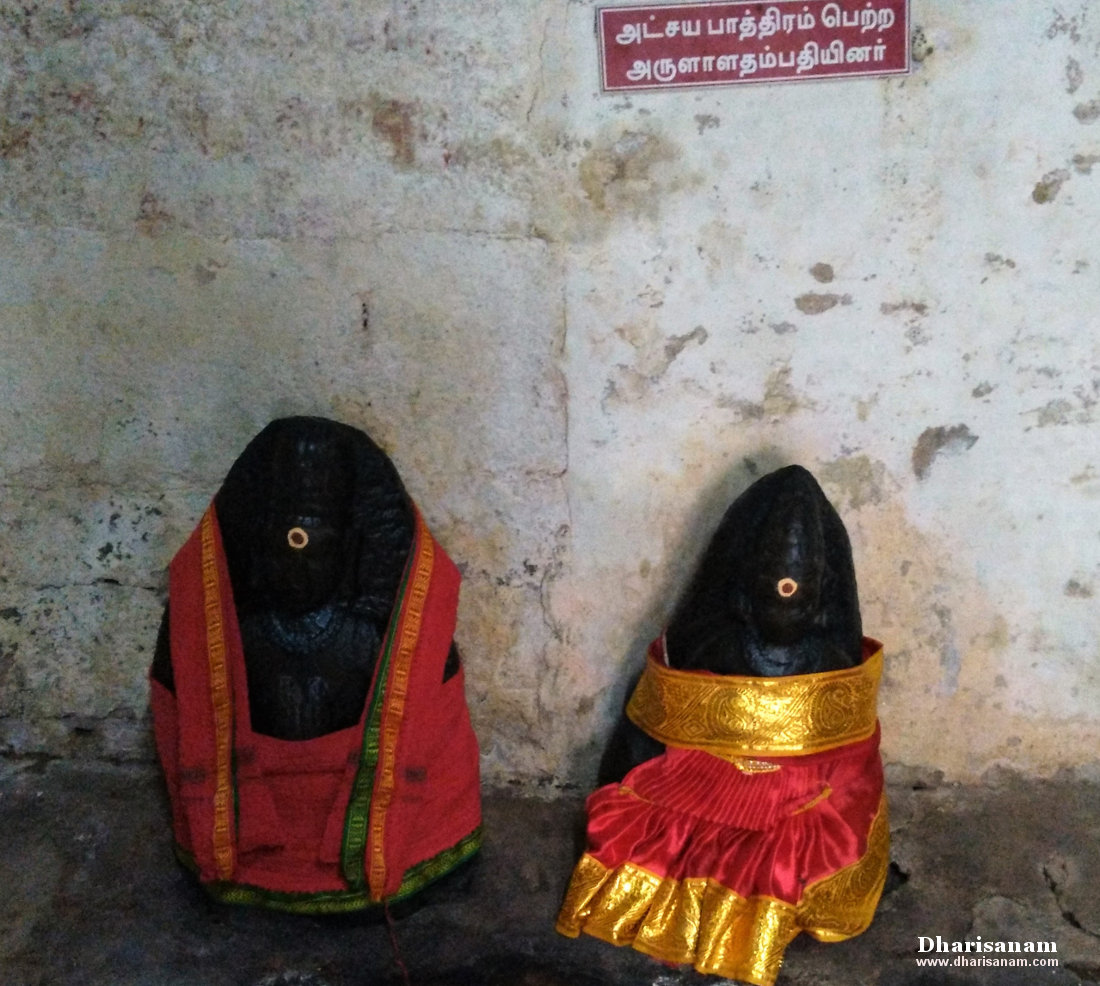 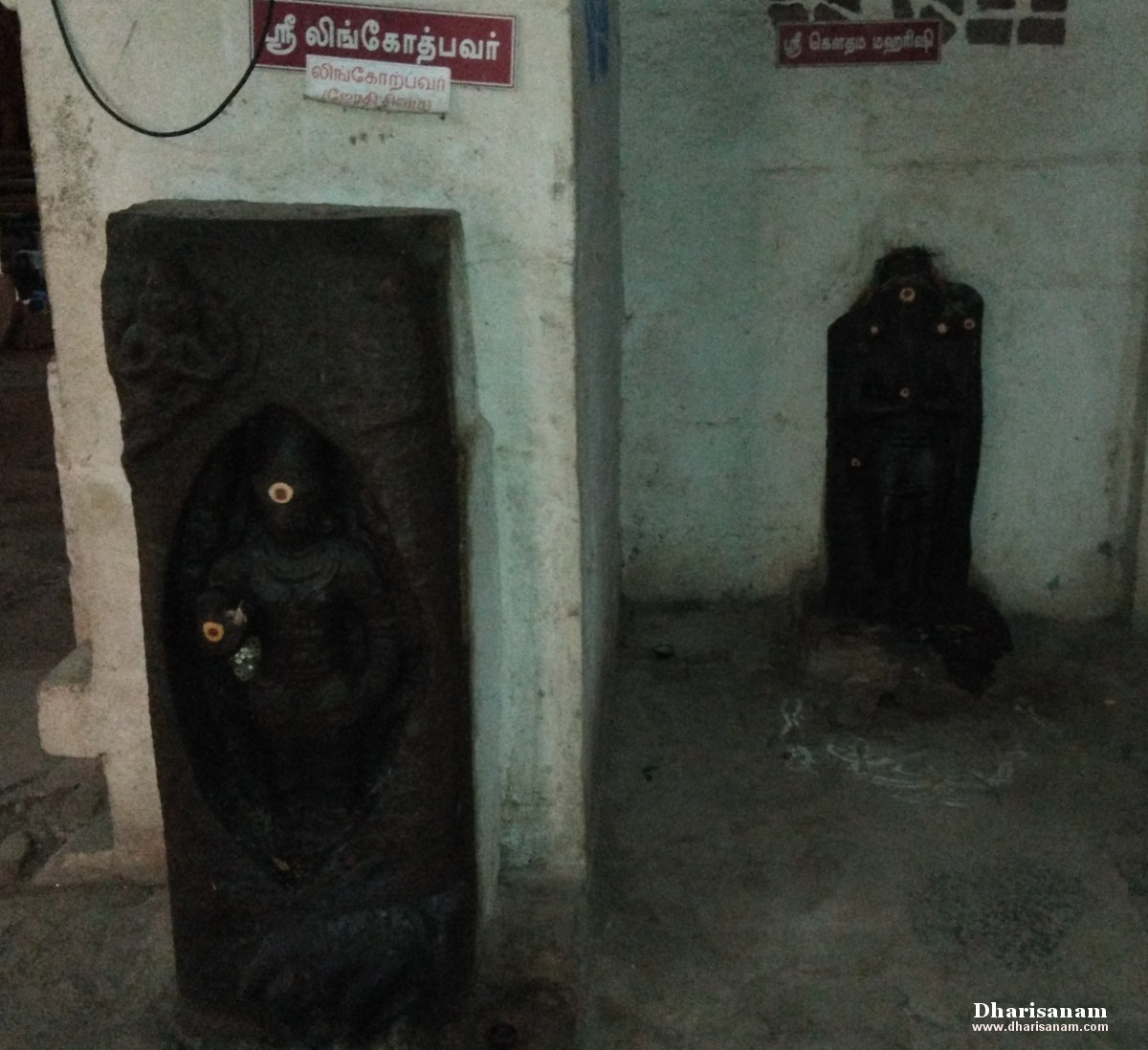 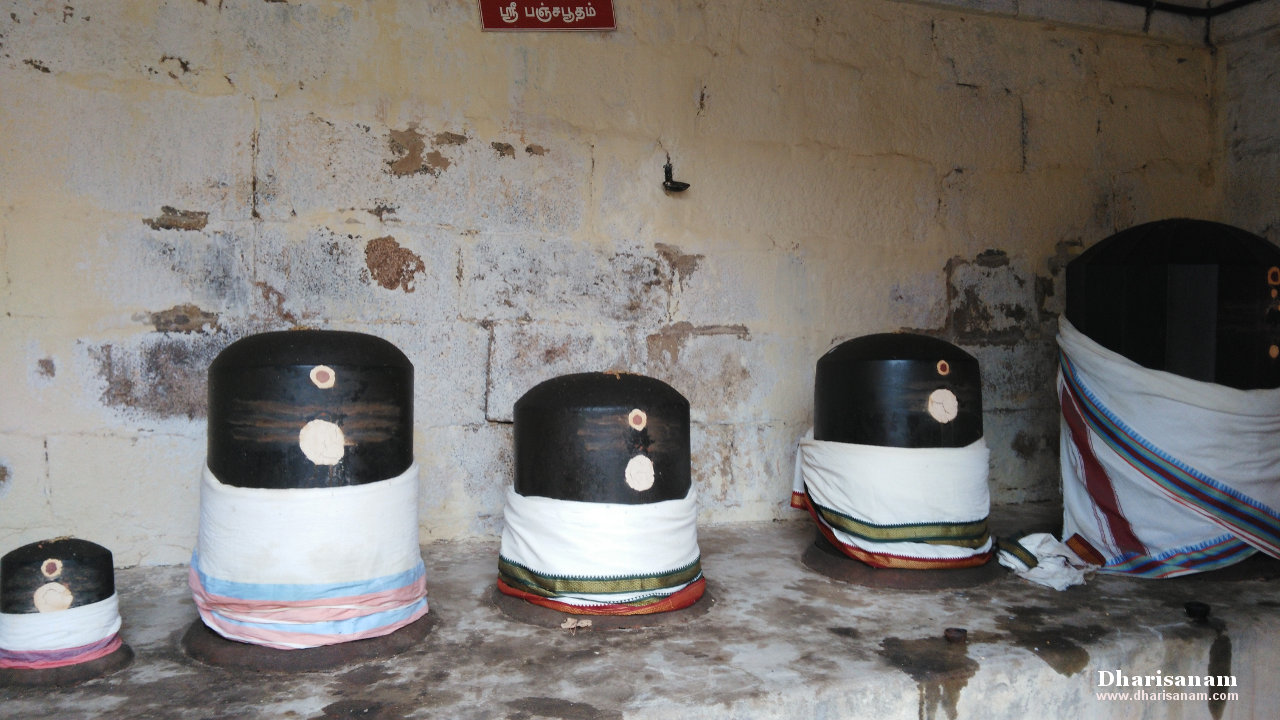 The uniqueness of this temple is that Lord Murugan’s shrine is located in the main hall (“Artha Mandapam”). The idol of this Murugan is very big. He is depicted with six heads and twelve hands. This idol looks very beautiful.

In the main hall, there are many stone reliefs. Some of them are - a sage worshiping the lord; a scene of war between two groups; and a beautiful relief of “Sree Kalasamharamurthy”. 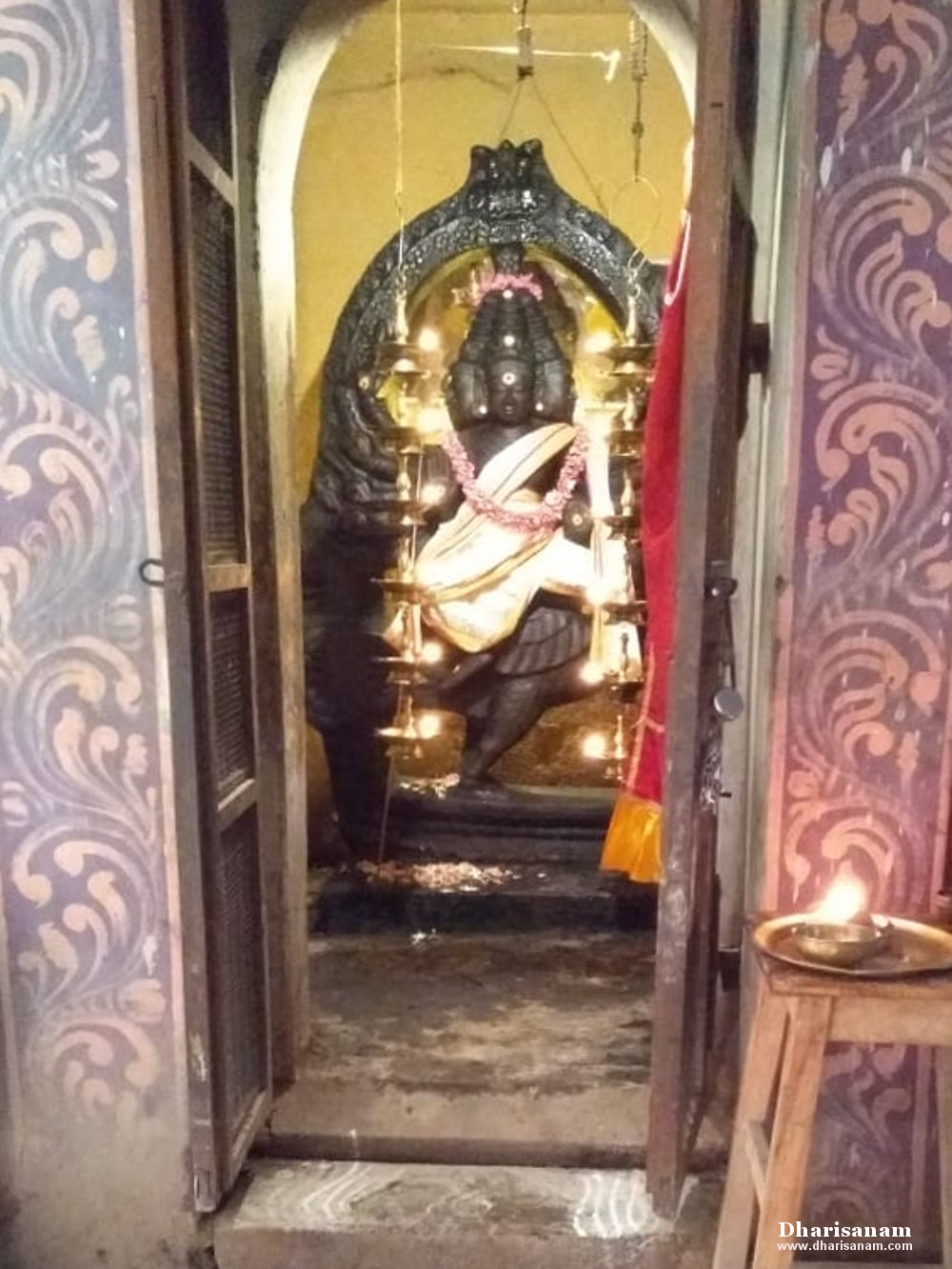 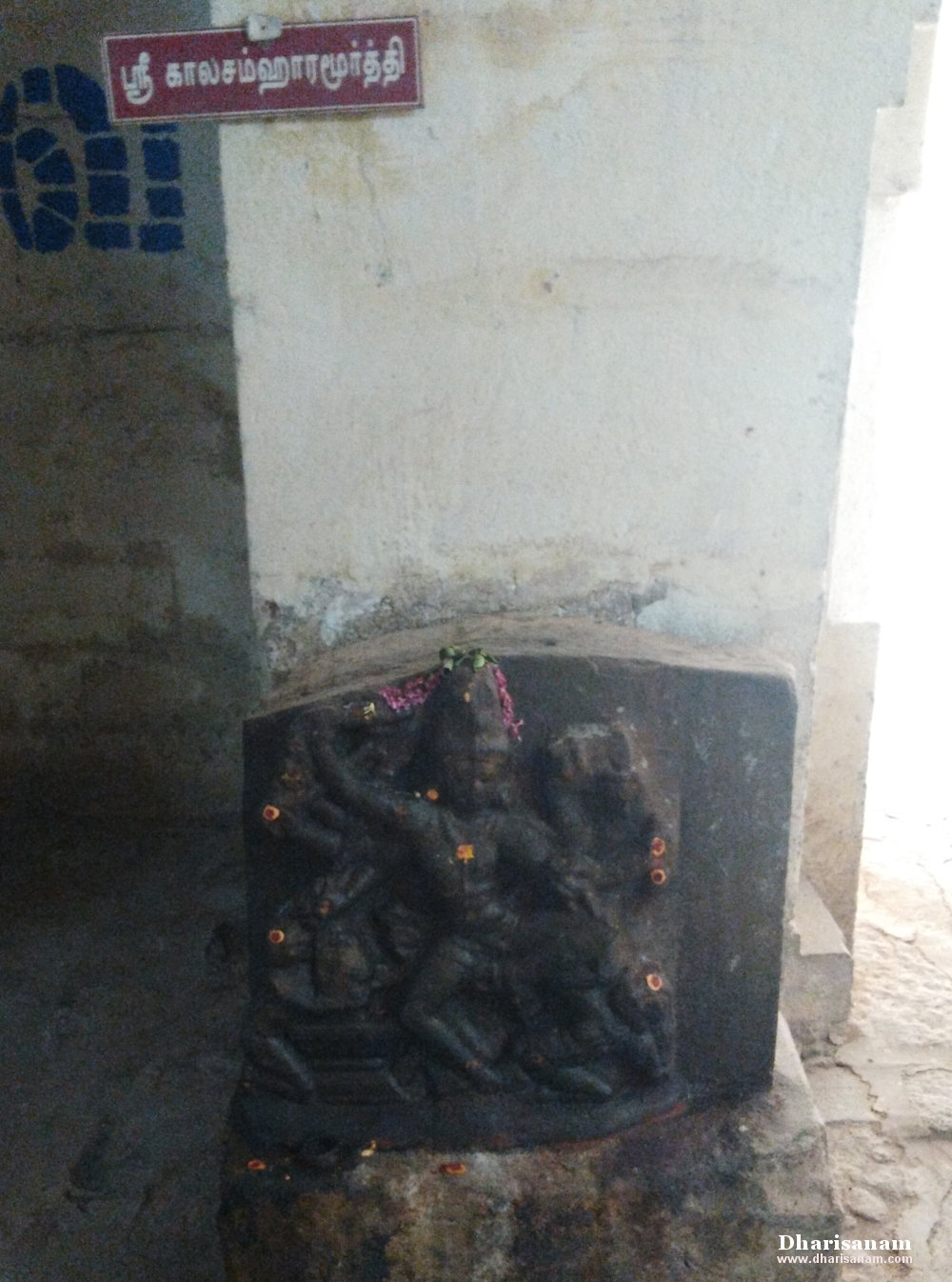 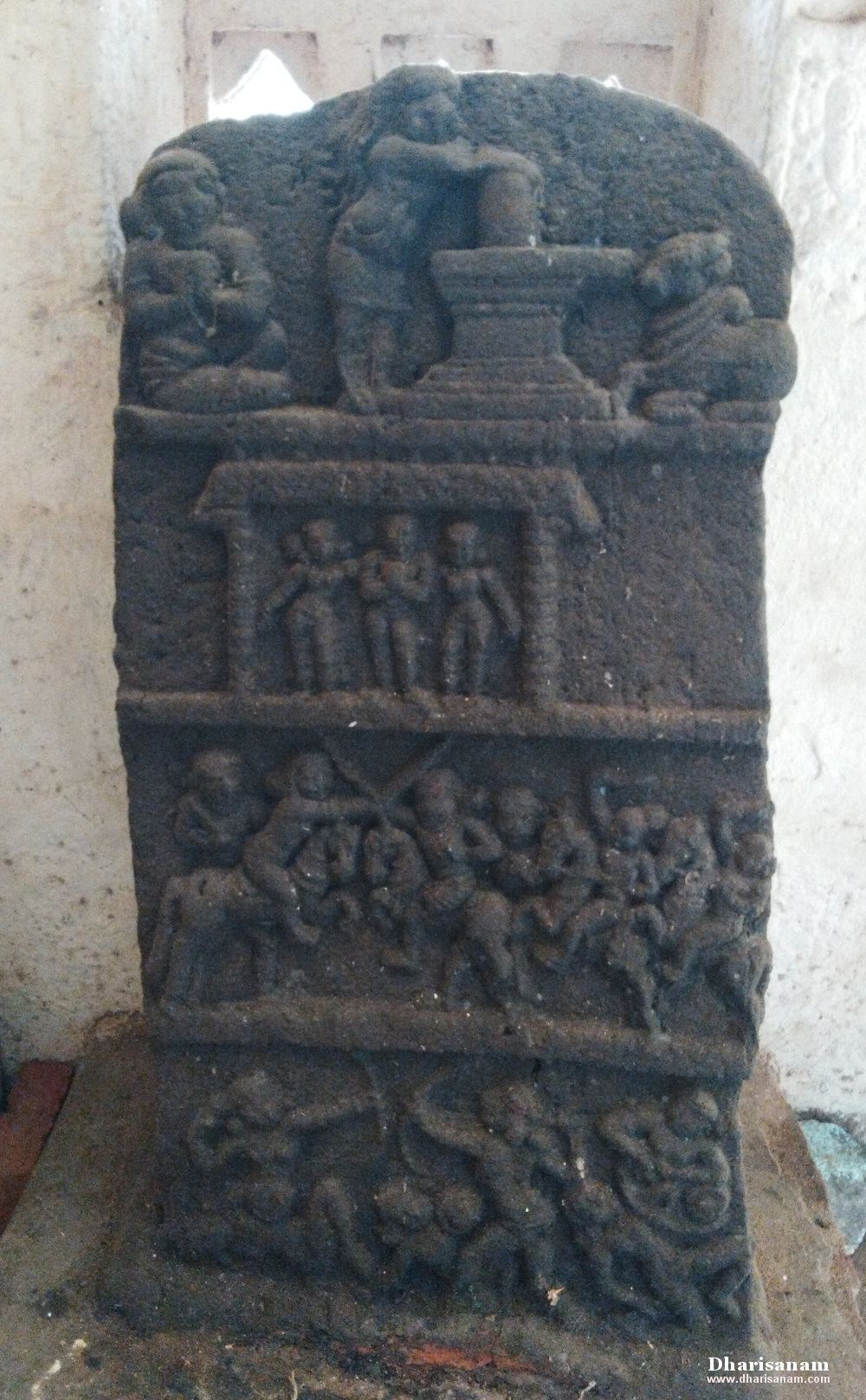 During the Sapthasthana festival, food is distributed to all the devotees to commemorate the event of Lord Shiva providing meals to the people during drought.

Devotees also believe that by worshiping Lord Shiva here, they will never face starvation and will be blessed with prosperity. 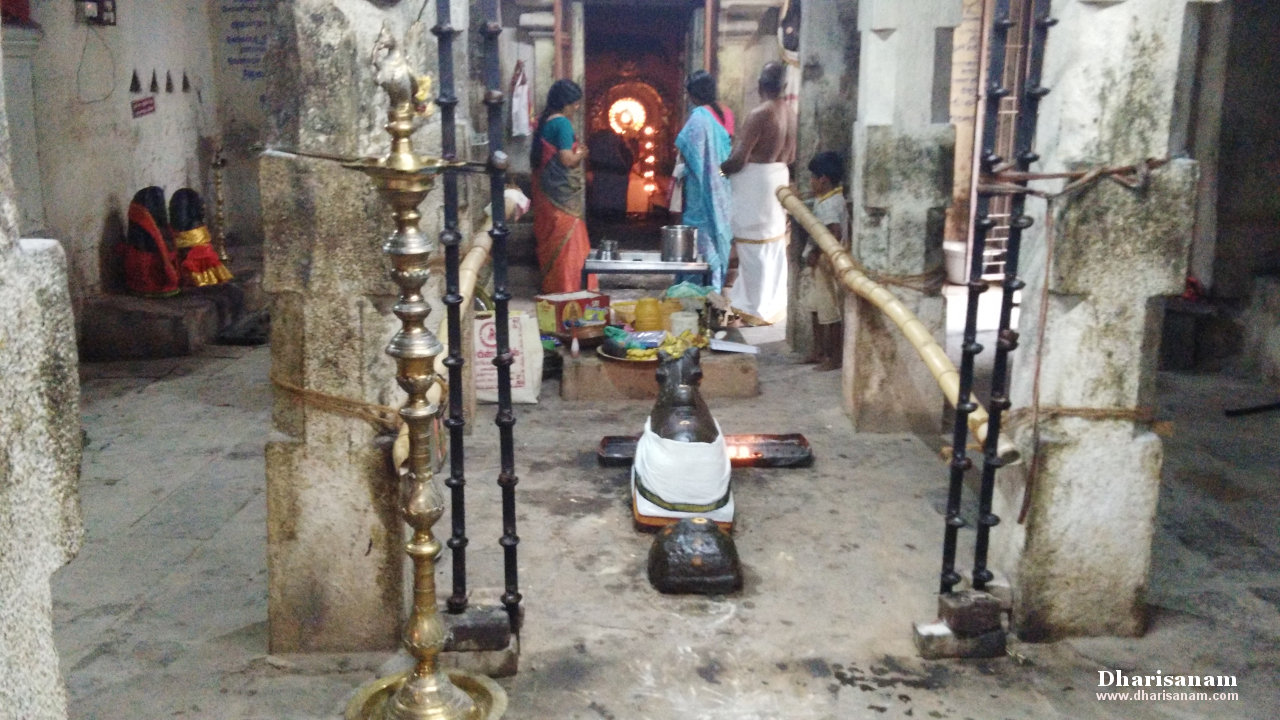 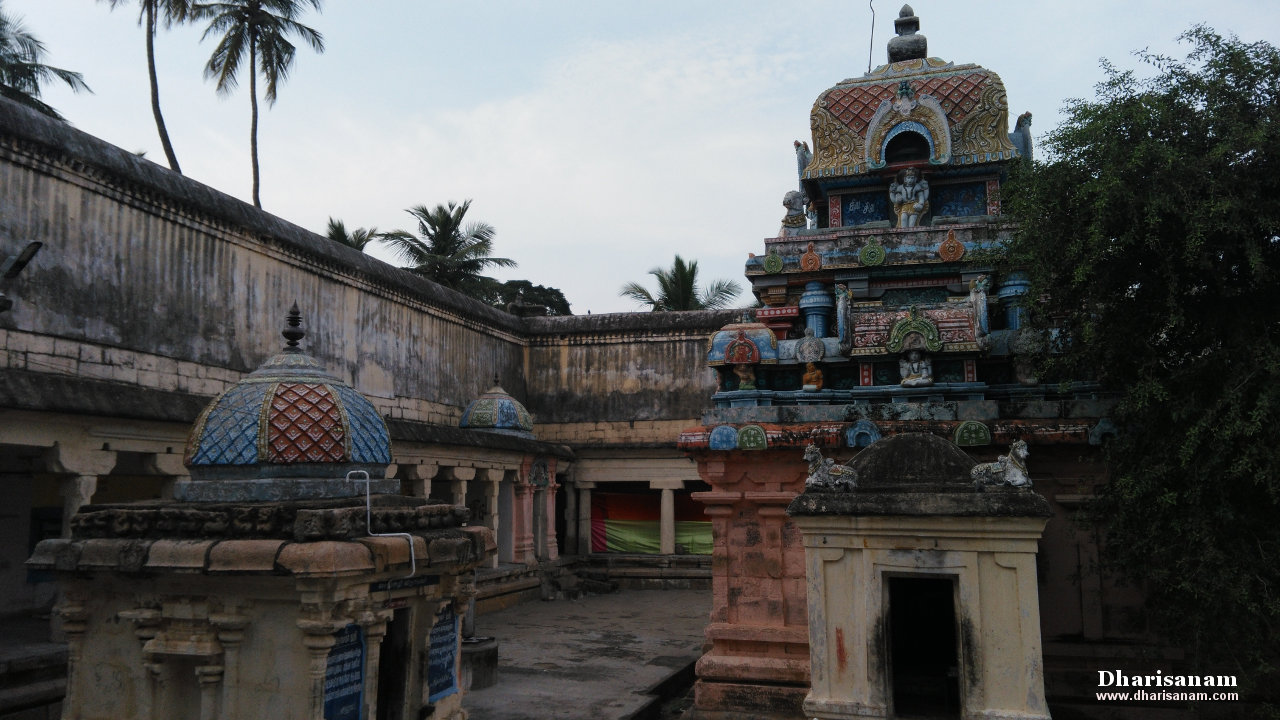 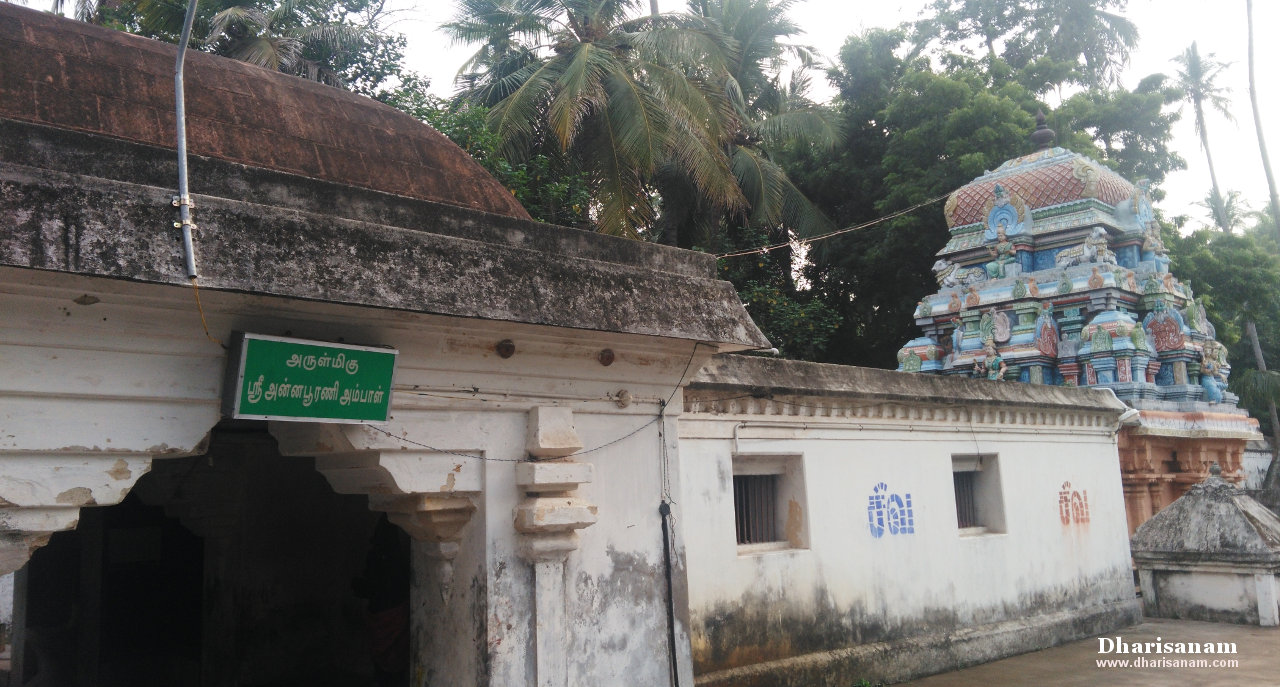 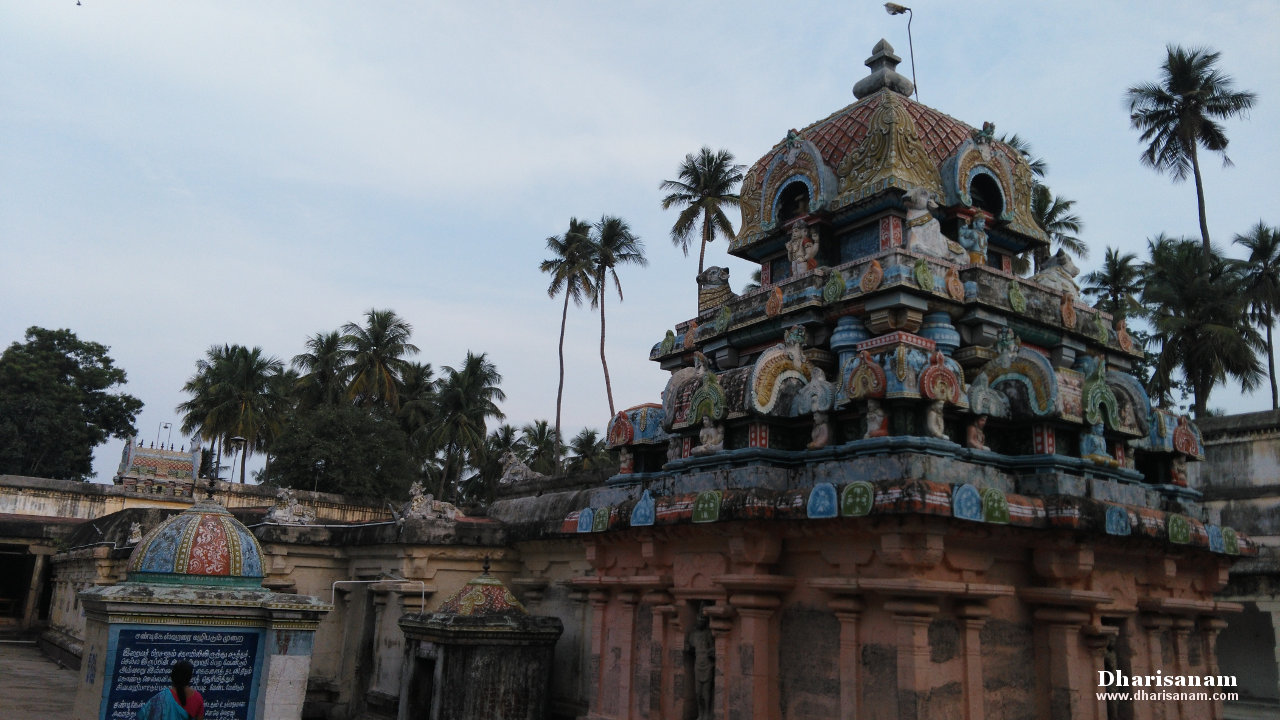