Location, Legend, Mythology and Details of Sri Navaneetheswarar and Singaravelar Temple at Sikkal

This ancient temple is believed to have been built by the Chola King Muchukunda.
There are 8 stone inscriptions in this temple which date back to the periods of kings Jadavarman Veerapandian, Sadasiva Maharayar and Veerabhupathy Achudadeva Maharayar.
The historical name of this place is Mallikaaranyam (Malligai means jasmine plant and aranyam means forest).
There are 28 temples where shrines of Lord Shiva and Lord Mahavishnu are housed in the same complex. Sikkal is one of them.
This temple is under the administrative control of the Hindu Religious and Charitable Endowments Department of Government of Tamil Nadu (HR&CE). 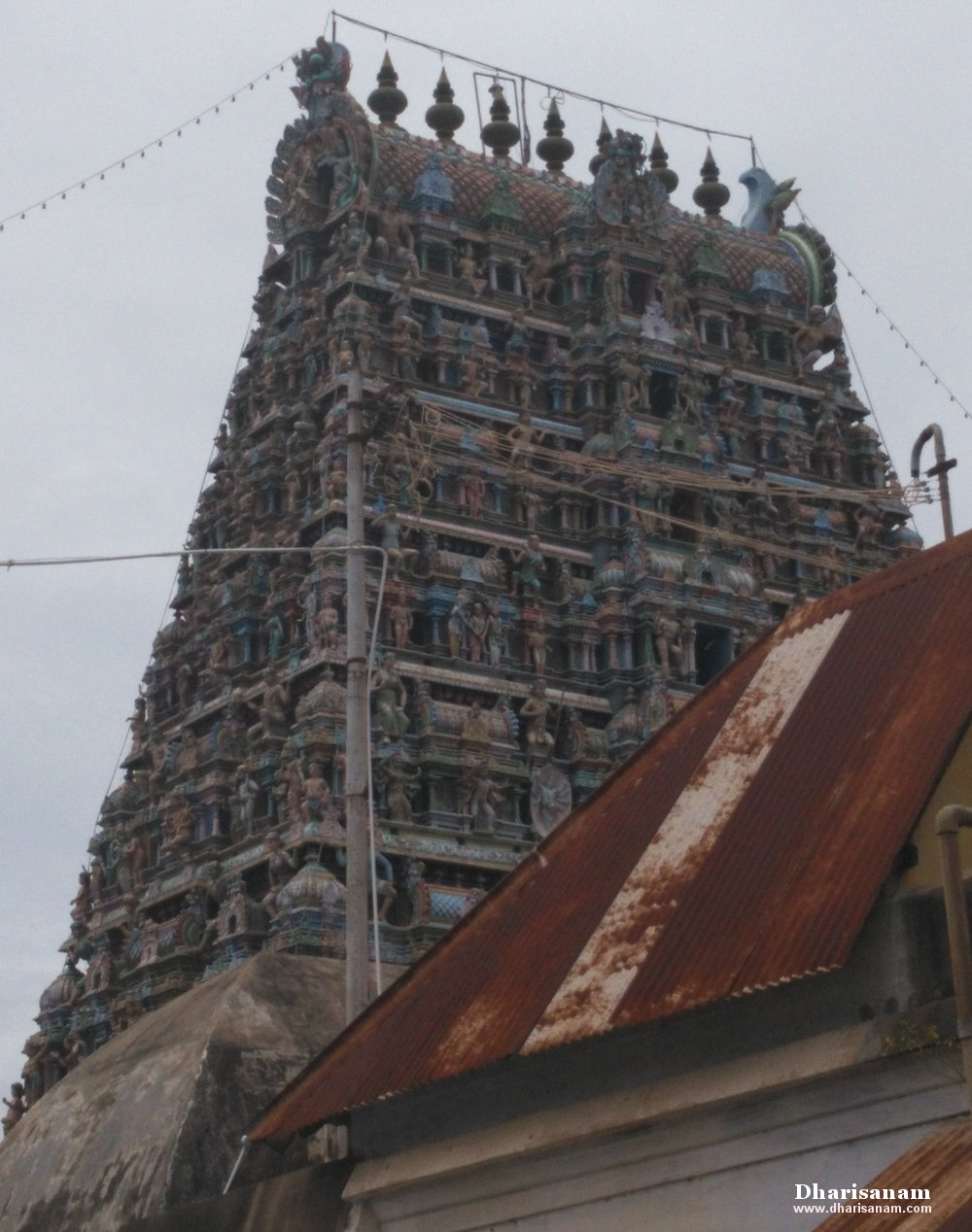 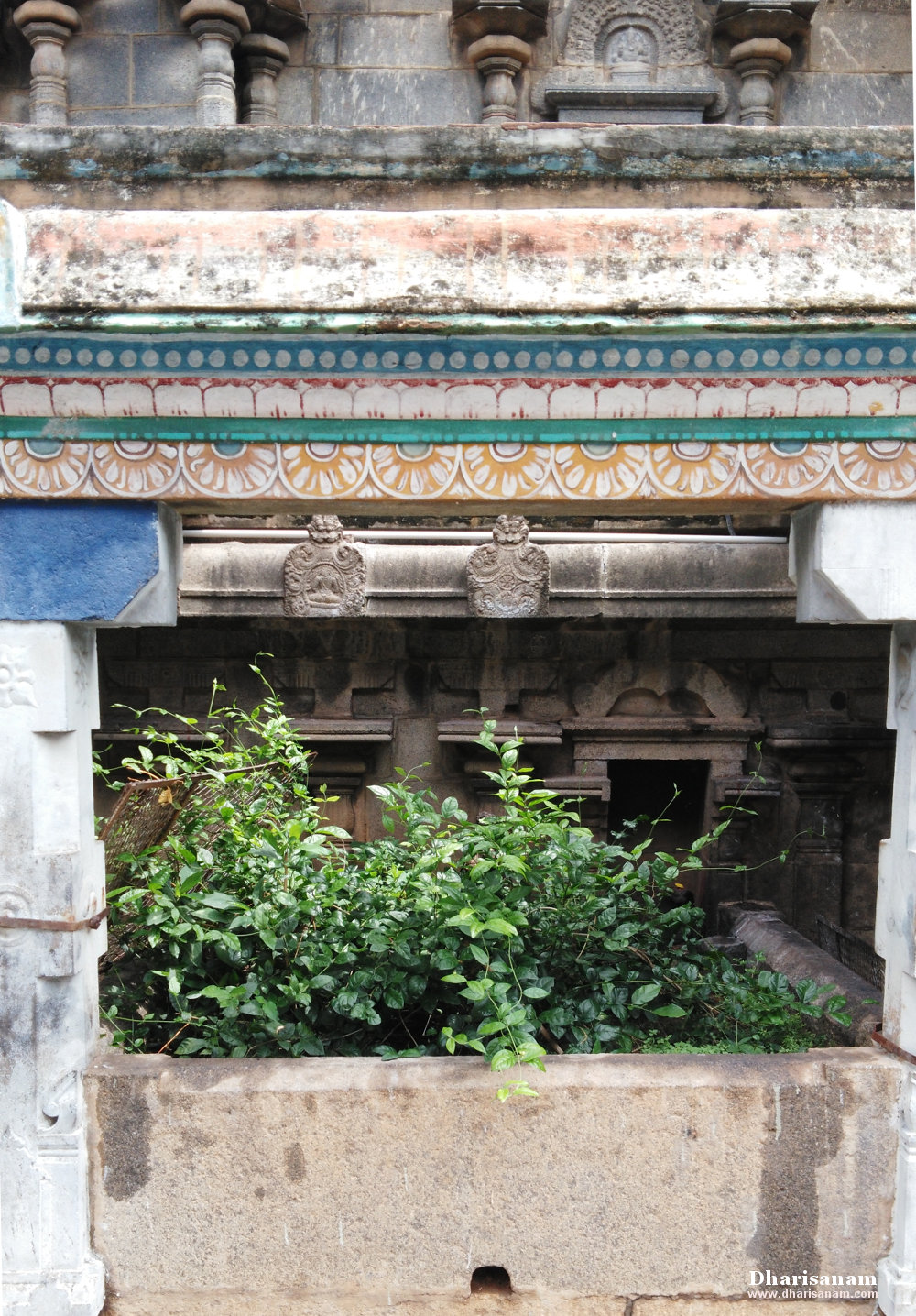 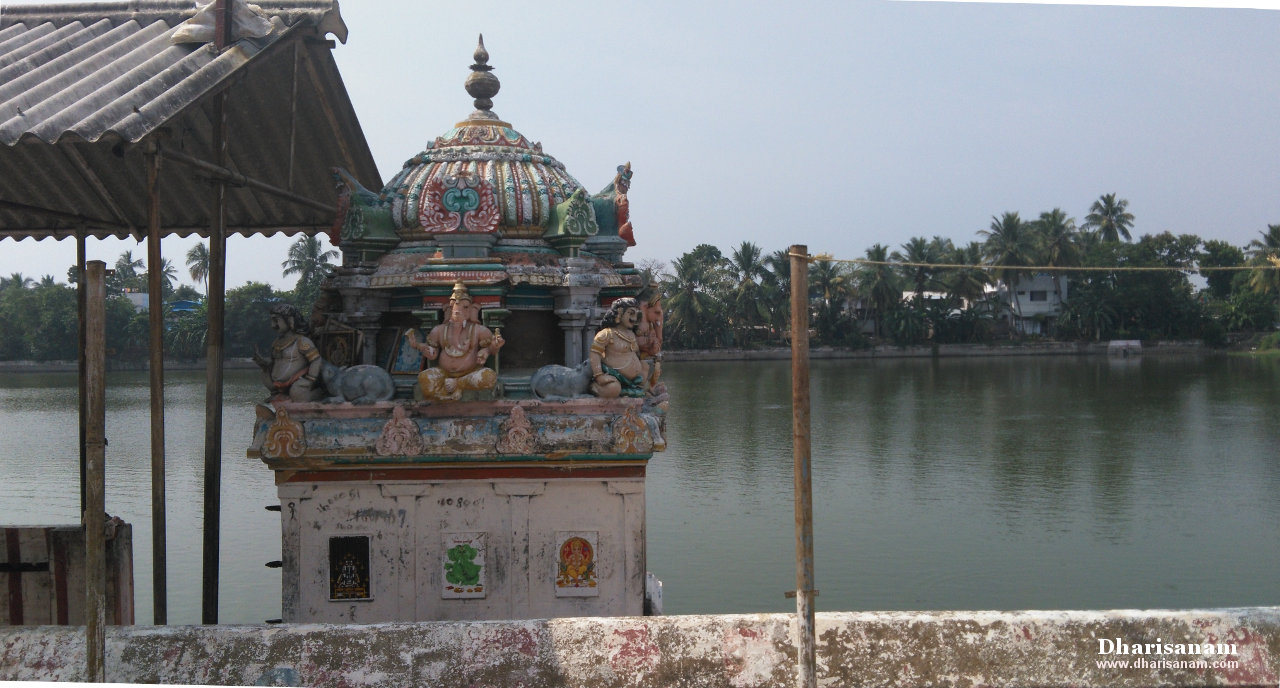 It is said that the idols of Lord Murugan at Sikkal, Enkan and Ettukudi were made by the same sculptor. On the instructions of the Chola King Mutharasan, the sculptor first made a Murugan idol for this temple. This idol was magnificently carved. It is believed that the king did not want the sculptor to make any replicas of this idol so he had the sculptor’s right thumb severed.
The sculptor was then prompted by Lord Murugan in his dream, to create another idol of him for the Ettukudi temple. He followed the instructions that he received in his dream and made the idol without the support of his right thumb. When the idol was completed and installed at Ettukudi temple, King Mutharasan came to know about this. Angered by the sculptor’s act, he blinded him so that he would not be able to create any more sculptures.
However, in another dream he was again prompted by Lord Murugan to create one more idol of him for the Enkan temple. He followed the lord’s instructions and created the third idol. This time he took the help of his daughter. While making the idol, his chisel inflicted an injury upon his daughter and a couple of drops of her blood splashed over his eyes. Suddenly his vision was restored. He uttered the words “oh en kan” (meaning “oh I got my eyes back”). It is believed that the place “Enkan” got its name from this incident.
It is believed that when King Mutharasan heard about this incident, he realised the greatness of the sculptor and visited him to apologize for his mistake.

Lord Maha Vishnu, Lord Murugan, Sages Naradar, Agasthiyar, Vashistar, Vishwaamitrar, Gautama, Kathyayana, Chola King Muchukuntha Chakravarthi and Kamadenu have worshipped the lord here.
According to legend, once the devas worshipped Lord Murugan requesting him to protect them from the onslaught of demon Soorapadman. Lord Murugan decided to destroy the demon. He obtained his spear (“Vel” in Tamil) from his mother, Goddess Parvathy and proceeded to Thiruchendur to encounter the demon. This event is called “Soorasamharam” and it is celebrated in a grand manner in this temple. Lord Murugan is praised here as “Sri Singara Velan” (the lord holding a spear).
Another legend associated with this temple is that of Lord Mahavishnu. Once the devas approached Mahavishnu and complained about the troubles caused by the demon king Mahabali Chakravarthi and they sought his help.  Before venturing out to the court of the demon king Mahabali, Lord Mahavishnu took the “Vaamana avatar” and came to this place to worship Lord Shiva.  Lord Shiva blessed him with the power to annihilate Mahabali. Hence, Lord Vishnu is praised here as “Sri Kolavaamana Perumal”. There is a separate shrine for him adjacent to Lord Shiva’s shrine. 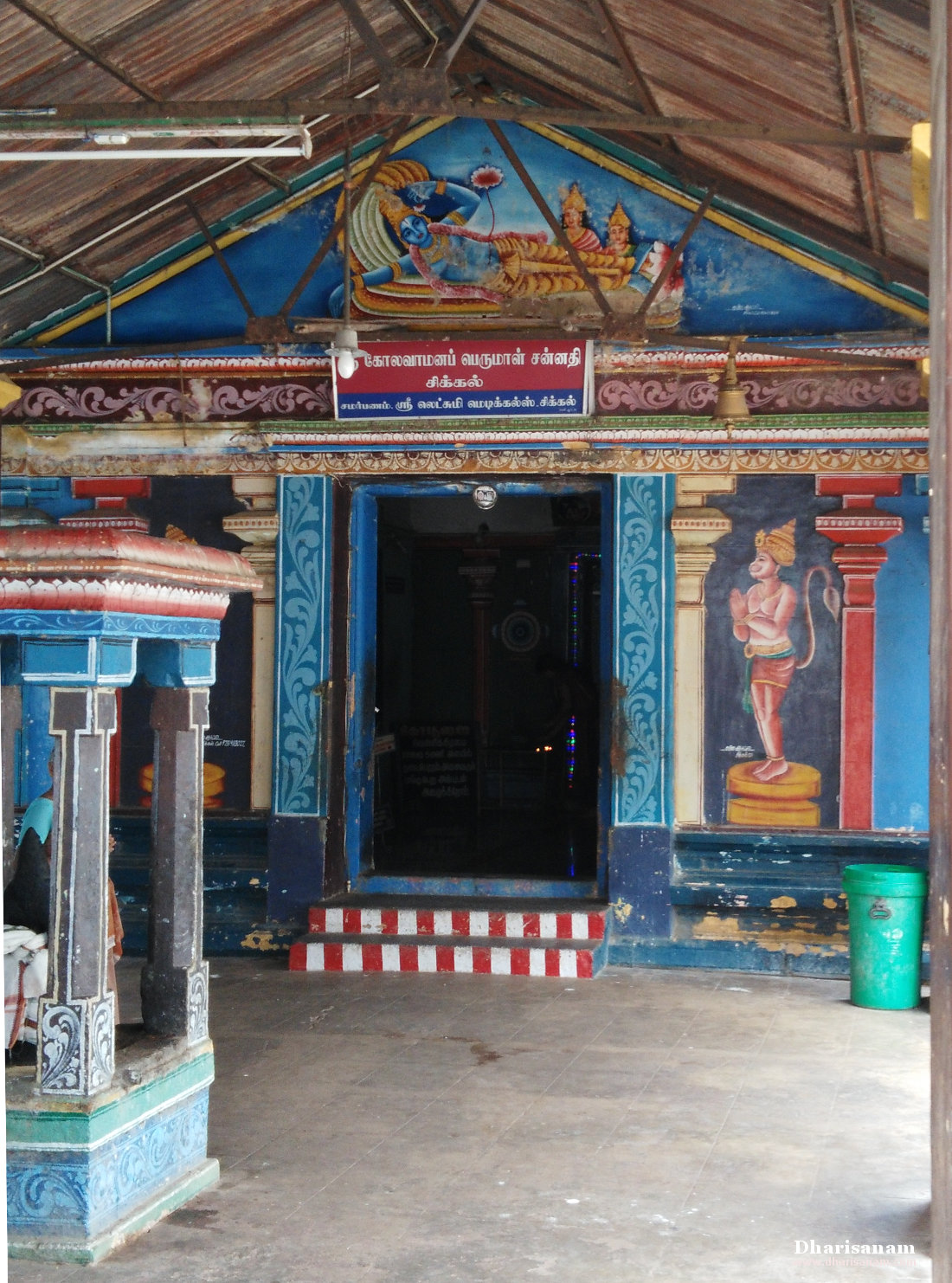 Another legend associated with this temple is that of the divine cow (Kamadhenu). It is believed that once she had consumed meat during a drought. When Lord Shiva came to know about this, he cursed her and turned her into a cow with the head of a tiger. The sorrow-stricken Kamadhenu requested the lord to pardon her.
Lord Shiva advised her to come to this place, take a dip in this temple’s holy tank and offer her prayers. Accordingly, Kamadhenu came to this place and started taking bath. While taking bath, she was restored to her original form and milk from her udders started flowing. The entire tank became a pond of milk (“Ksheera Pushkarini”). Surprisingly, butter also formed here.
At the same time, as per the direction of Lord Shiva, Sage Vashistar came to this place, created a lingam using the butter and offered his prayers. Lord Shiva appeared here and gave darshan to him and Kamadhenu. He also pardoned Kamadhenu. Hence, the lord here is praised as “Sri Vennai Lingeswarar” (“vennai” means butter in Tamil).
It is further believed that the lingam that Sage Vashistar had created got stuck in some jasmine plants. For this reason, this place gets the name “Sikkal” (Sikkal means to get entangled).

Other than the shrines of Lord Shiva and Goddess Parvathy, shrines and idols of Sundara Vinayakar, Murugan, Lord Thiyagarajar, Mahalakshmi, 63 Nayanmars, Saptha rishis, Karthikai Vinayakar, Vishwanathar with Visalakshi, Bairavar, Navagraham, Suryan and Chandran can be seen in the main hall and corridors.
In the “koshtam” (place surrounding the sanctum sanctorum), idols of Vinayakar, Dakshinamurthy (without the Sanagathi rishis), Saneeswarar, Lingothbavar (with Vishnu and Brahma on his either side), Durgai and Chandikeswarar can be seen. 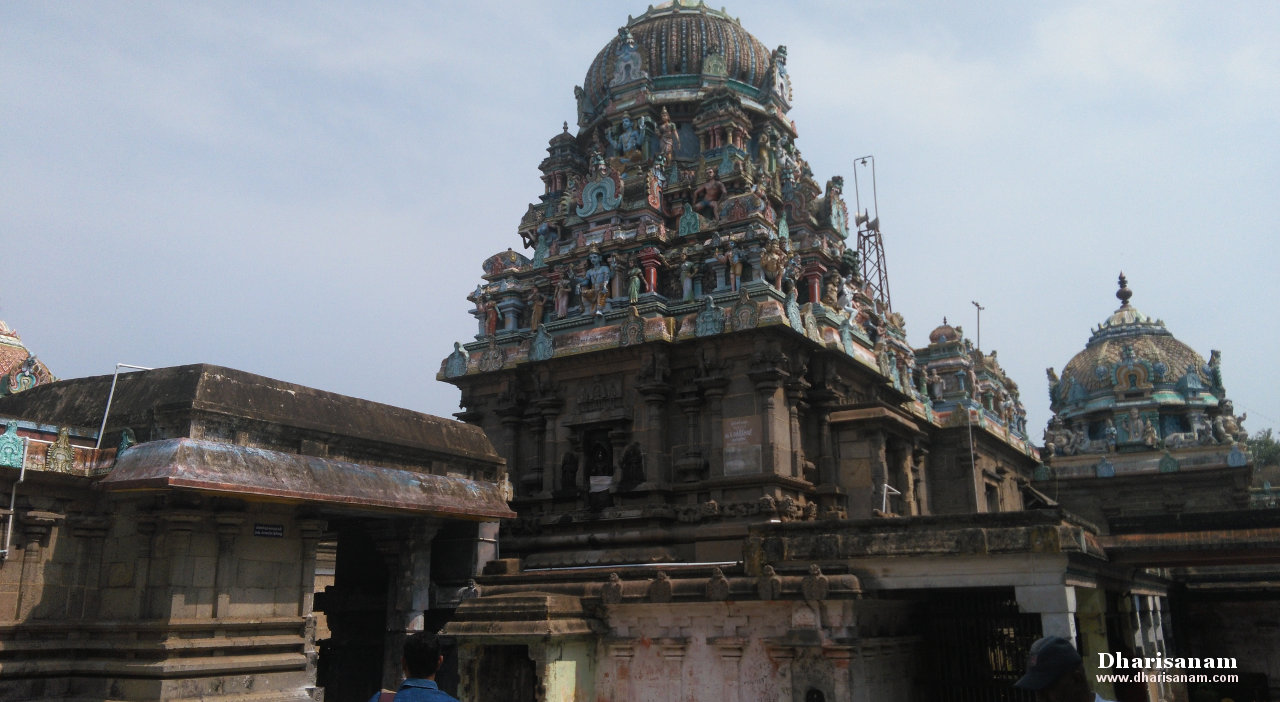 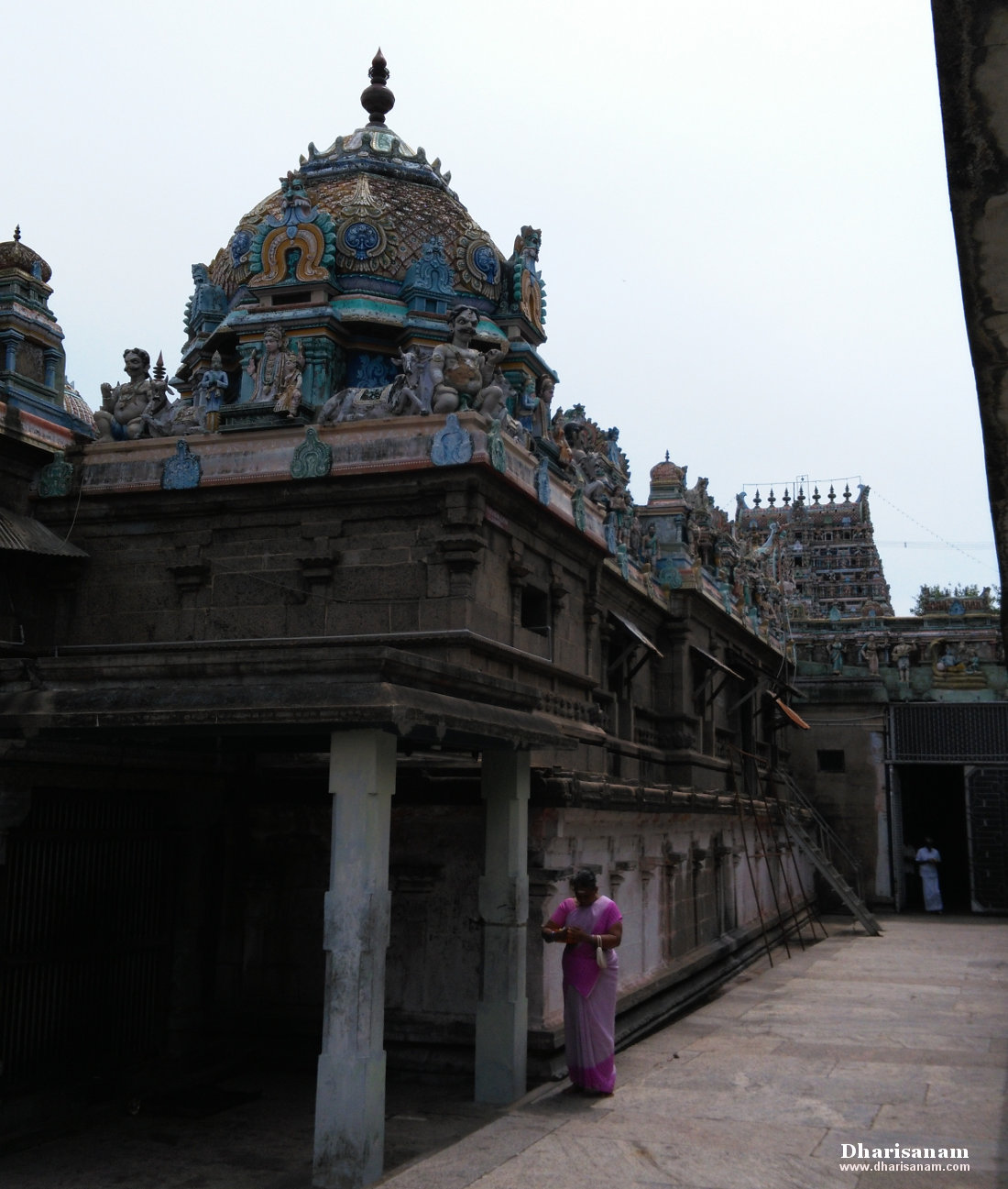 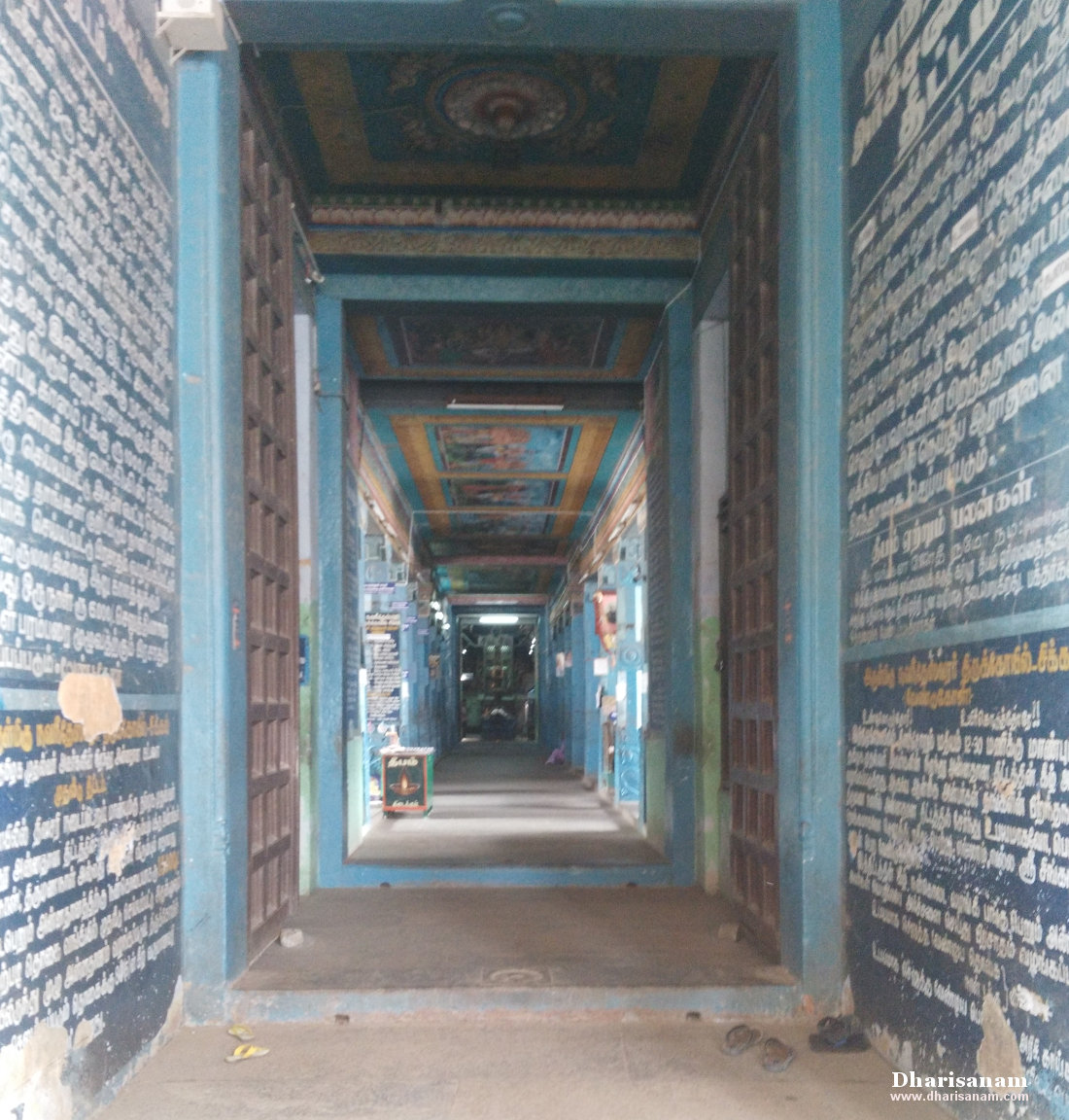 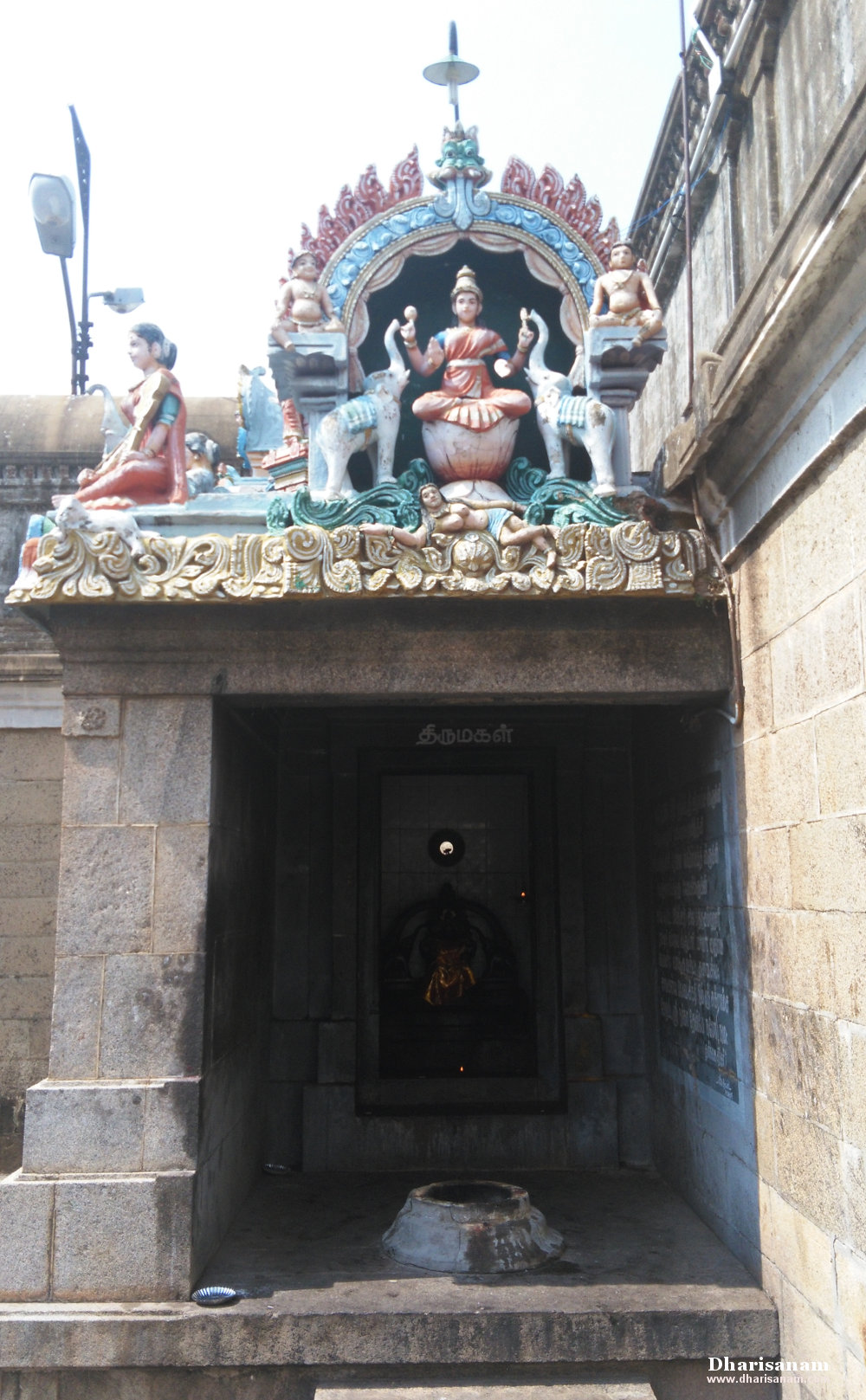 “Soorasamharam” festival in the Tamil month of Aippasi (Oct) (during Skanda Shashti) is celebrated here in a grand manner. Even today, one can see beads of sweat on the idol of Lord Murugan as he receives the Spear (“Vel”) from his mother, Goddess Parvathy. 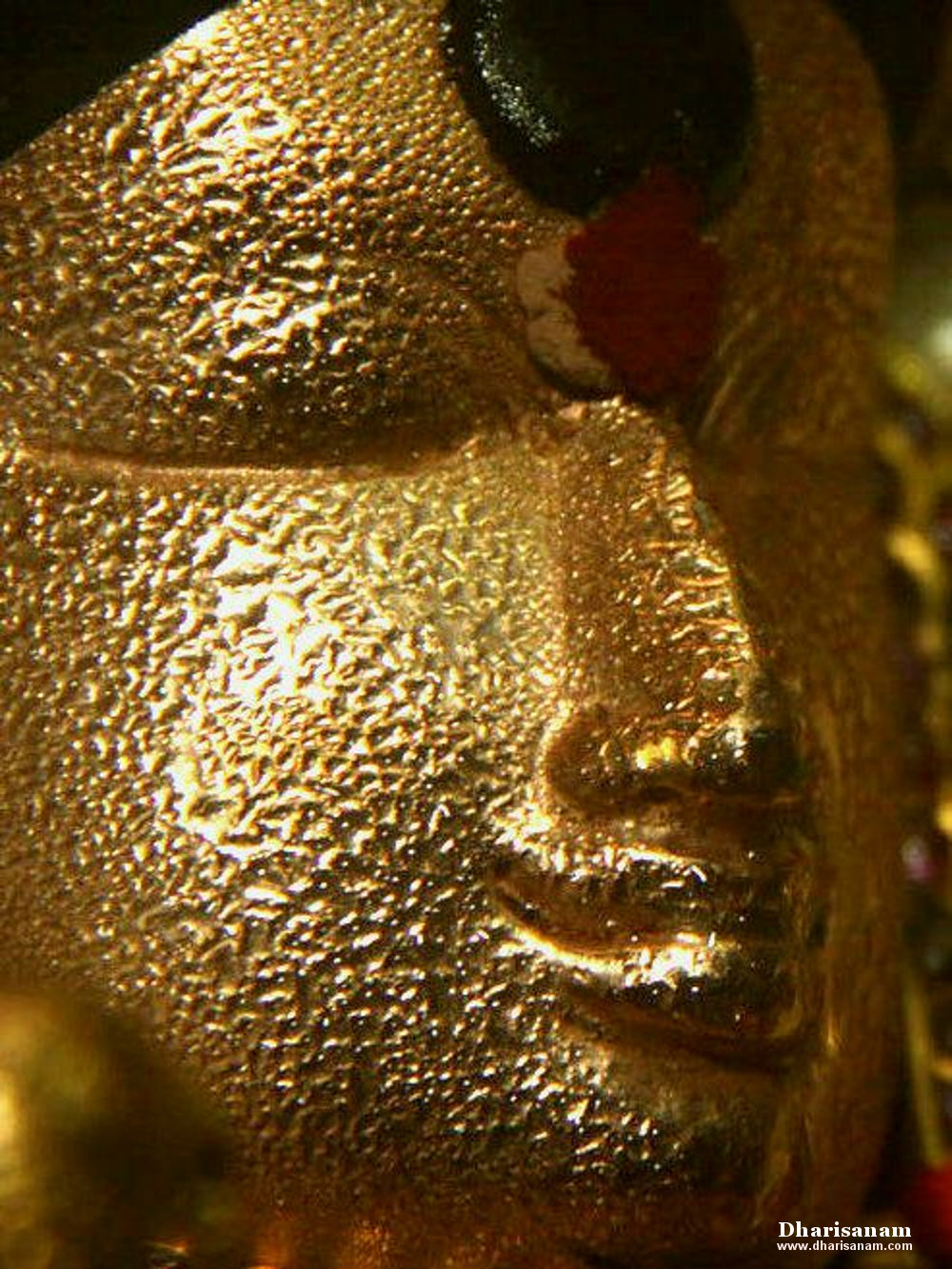 Behind the sanctum sanctorum, on either sides of Lord Lingothbavar, there are idols of Lord Mahavishnu and Lord Brahma in a worshipping posture. Devotees can enjoy the darshan of all the three lords (Trimurthys) – Brahma, Vishnu and Shiva. This is considered to be very auspicious.
It is believed that King Kochengat Chola built about 70 “Madakkoils”. The distinguishing feature of a Madakkoil is that it is not easily approachable by an elephant. He built these temples at an elevation and there are a few steps that need to be climbed before seeing the lord. Also, the sanctum sanctorum’s (Karpagragam) entrance is narrow such that no elephant can enter it.
It is very significant to note that in this temple, four lords (Lord Shiva, Lord Mahavishnu, Lord Singaravelar and Hanuman) are housed in a single complex.
There is a separate shrine for Lord Thiyagarajar here.
There is a separate shrine for “Sri Varada Aanjaneyar” on the North-western corner of this temple.
Saint Arunagirinadhar has sang songs in praise of Lord Murugan of this temple in his revered Thirupugazh.
A beautiful relief depicting Kamadhenu, Sage Vashistar and other sages worshiping the lord can be seen on the sanctum wall in the corridor.

Devotees believe that by reciting the “Satru Samhaara Tiri Sathai” prayer to Lord Singaravelar, they will be shielded from any obstacles caused by their enemies.
Lord Varada Aanjaneyar is very famous here. Devotees perform pooja to him with “Kattamudhu” (an offering of curd rice) to seek his blessings. 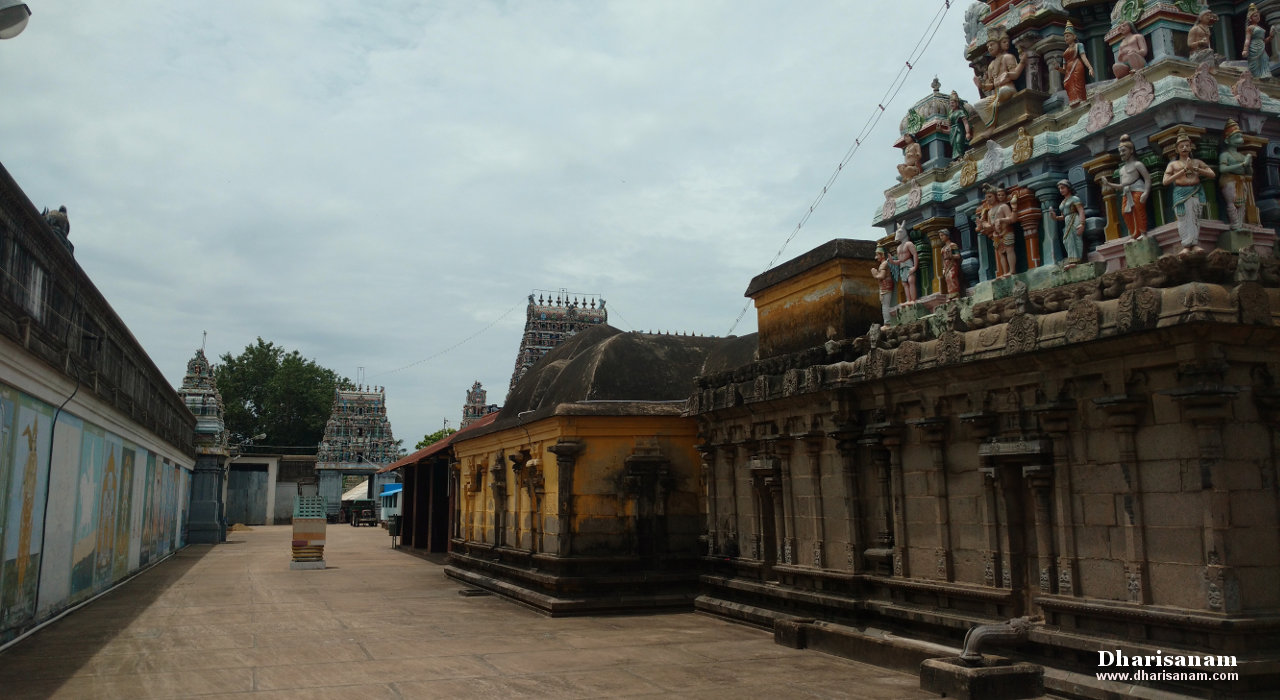 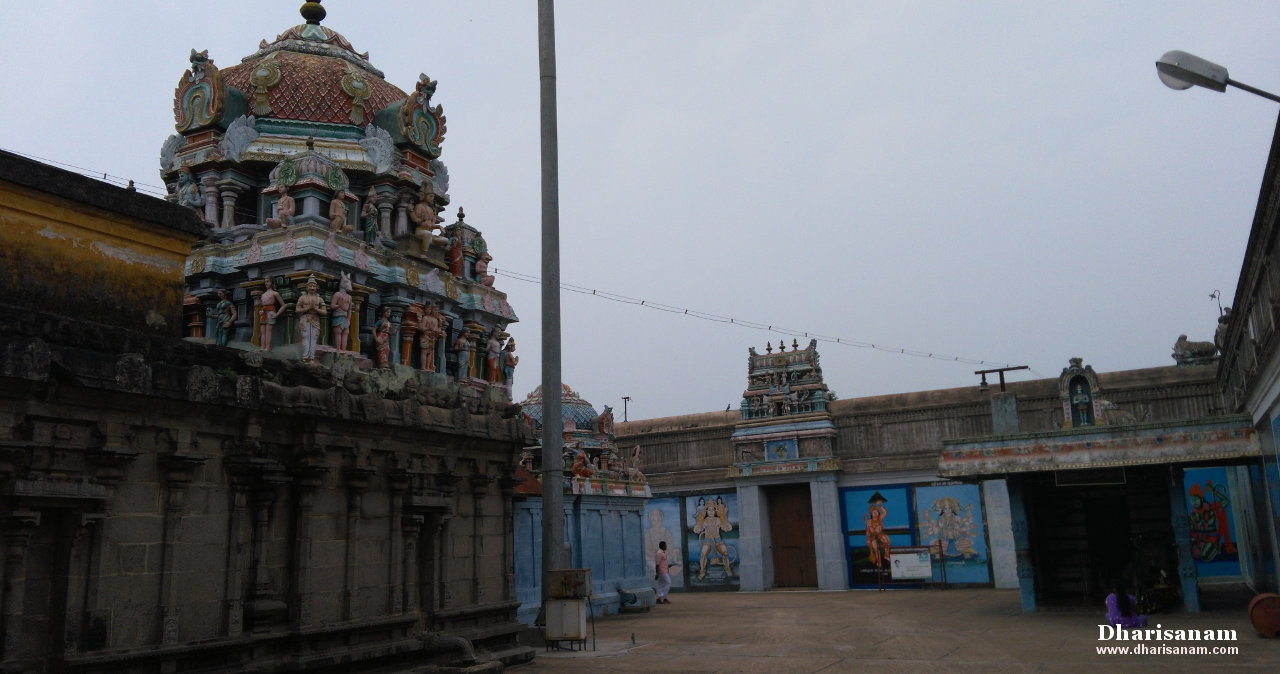 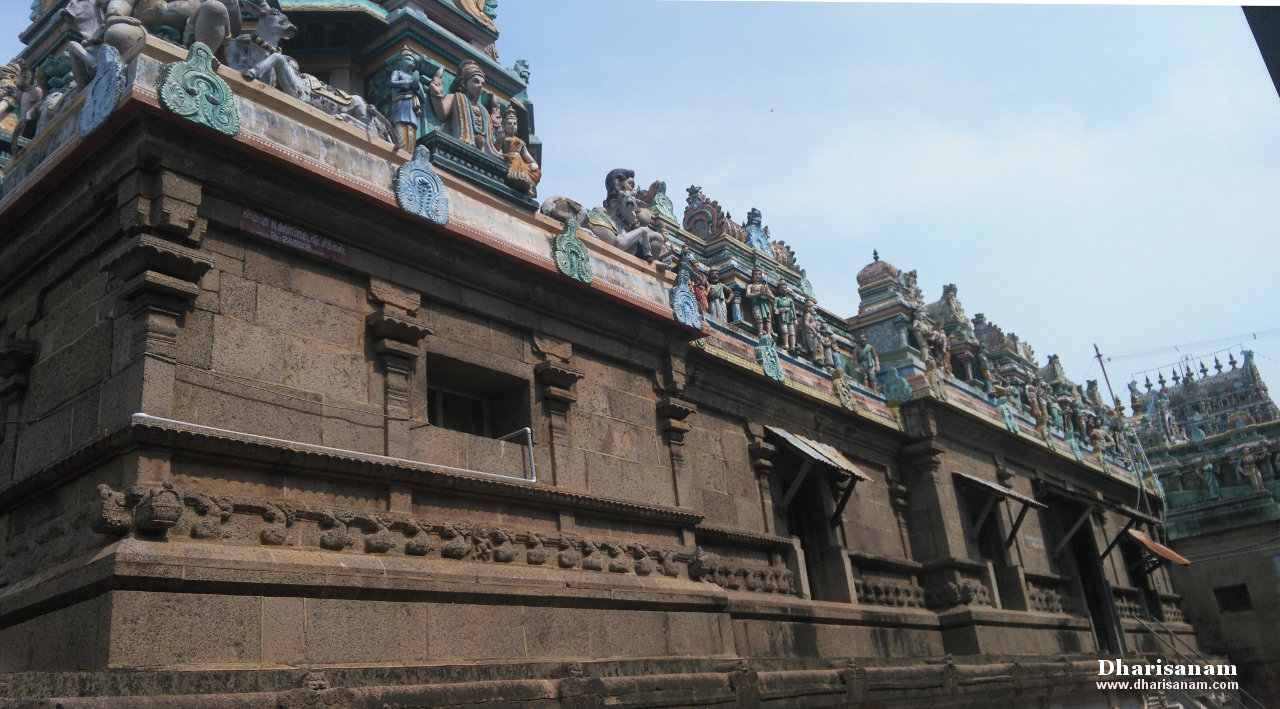 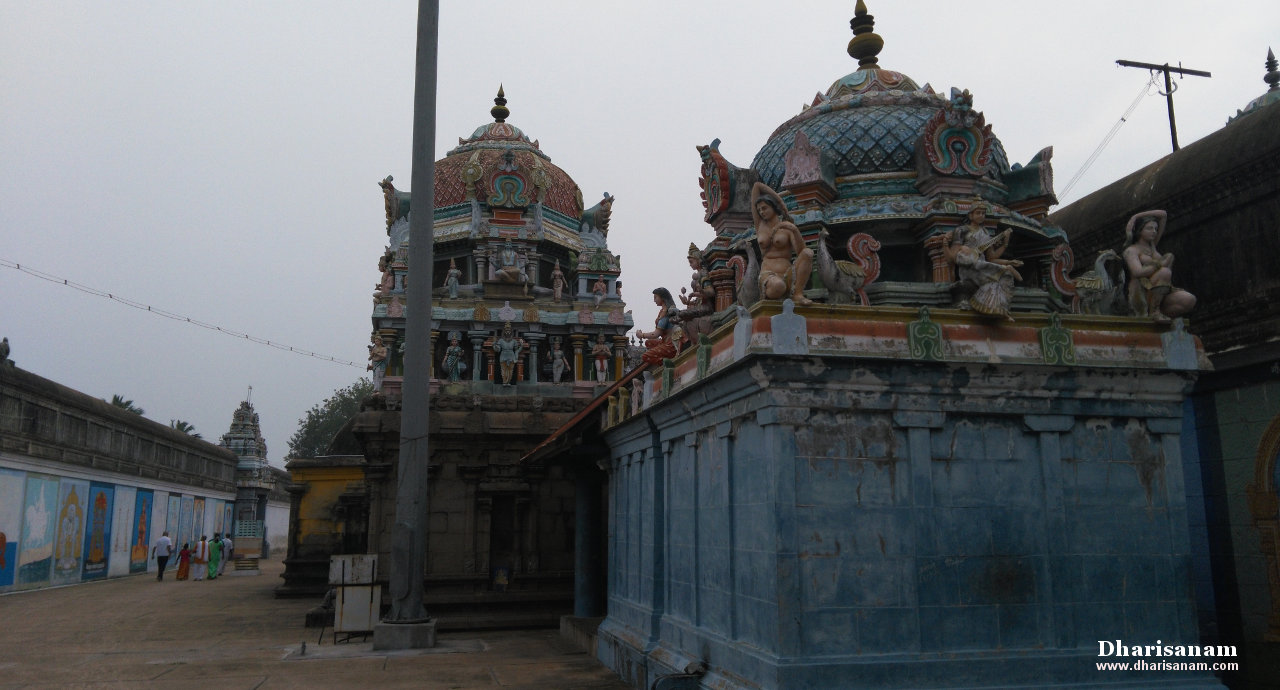 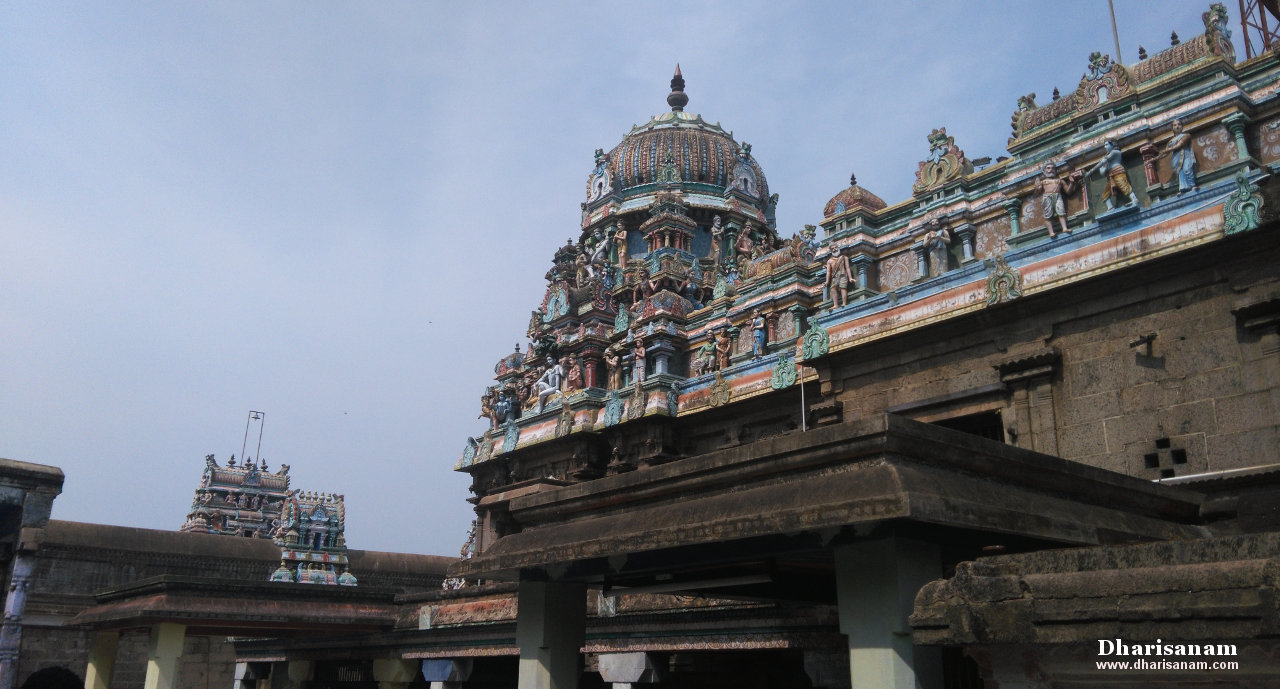