Kudalaiyatrur is situated at a distance of about 8 km from Sri Mushnam. 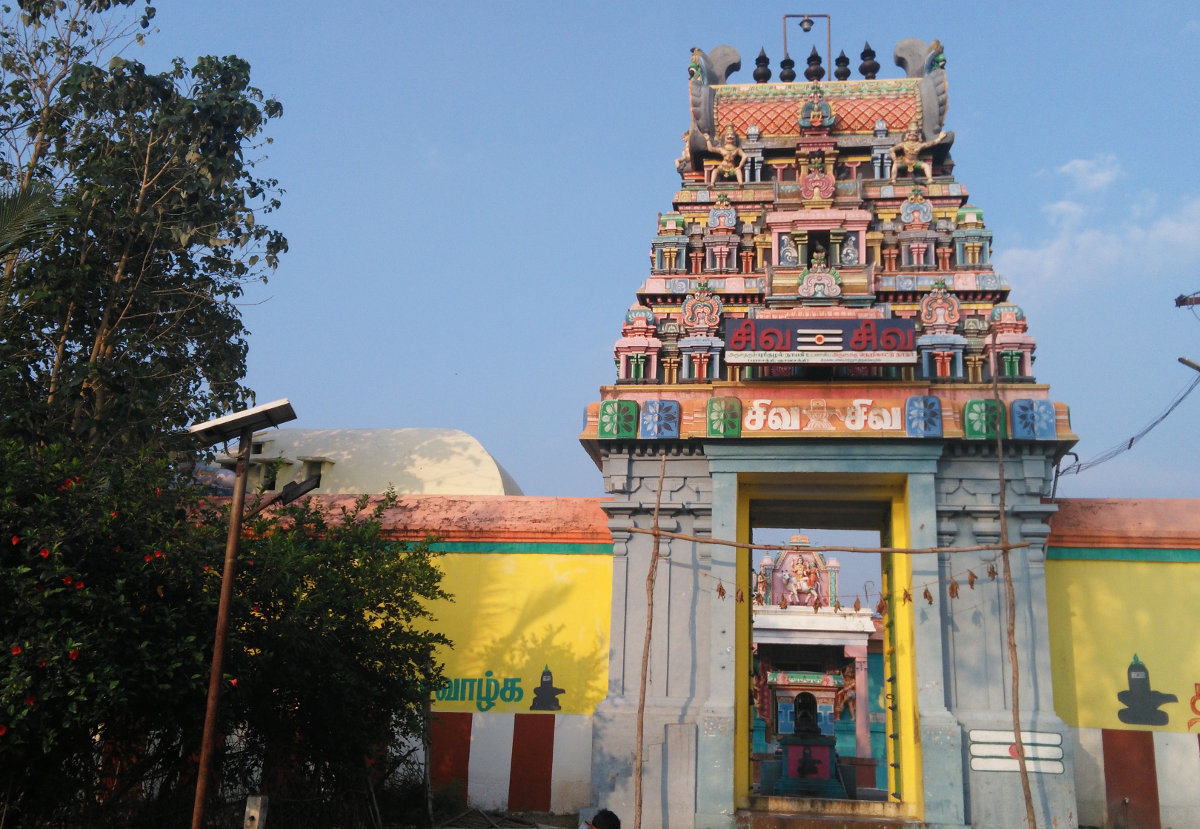 Koodalaiyatrur is on the confluene of rivers Vellaaru, Manimuthaaru and Akaya Ganges (an invisible river), hence the place is known as Koodalaiyatrur and “Thiruveni Sangamam”. This place is also known as “Dakshina Prayagai” as the river flows from south to north.

The legend is that a Chola King Dhinakaran, suspecting his wife of infidelity, killed her and thus incurred the “Srihathi Brahmahathi dosham” – the sin accrued by the act of killing. Due to his sins, he lost his kingdom and started wandering as a lunatic. One day he saw a dog with skin diseases following him. It fell in a river and came back healthy and beautiful. The king was surprised to see the change in the dog and wanted to try for himself by taking a dip in that river. After the dip, he also felt afresh and got relieved from his sins. He also got back his kingdom and built this temple on the banks of the confluence of the two rivers and named the place “Thiru Koodalai Atrur” meaning the confluence of the rivers. However, this temple was washed away by a severe flood in the river but later the idols were recovered and reinstated in the reconstructed temple. 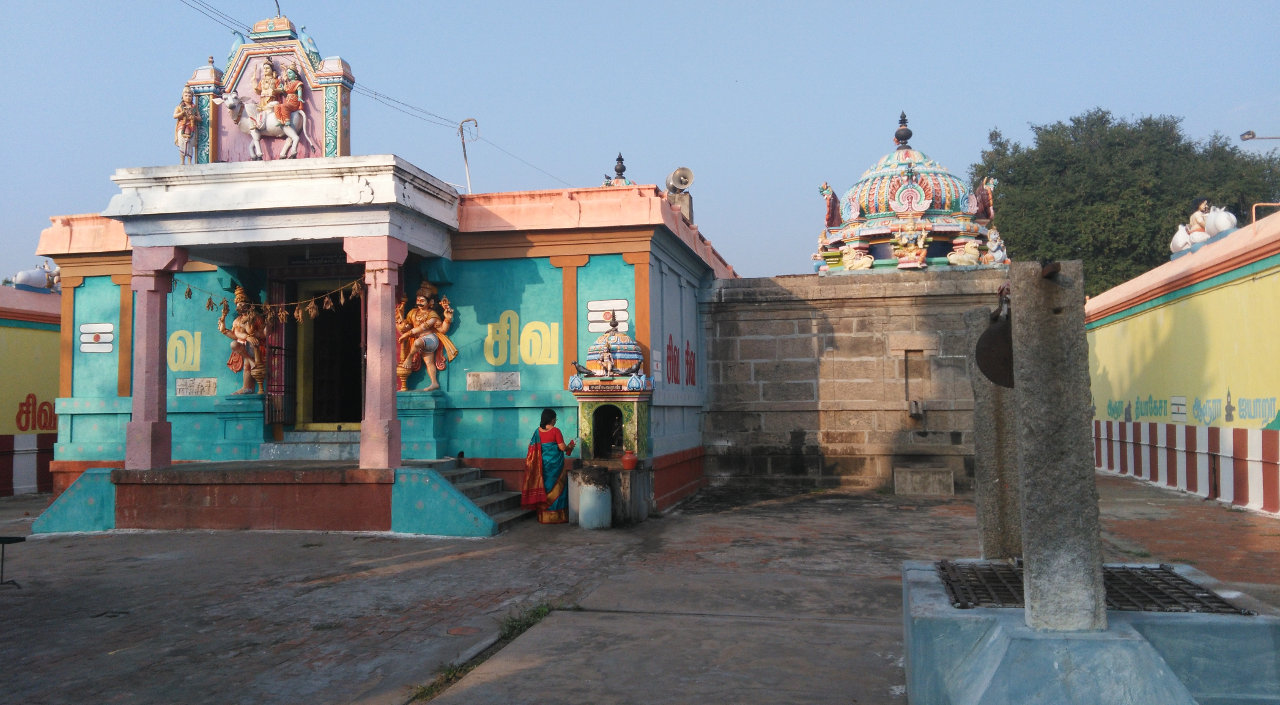 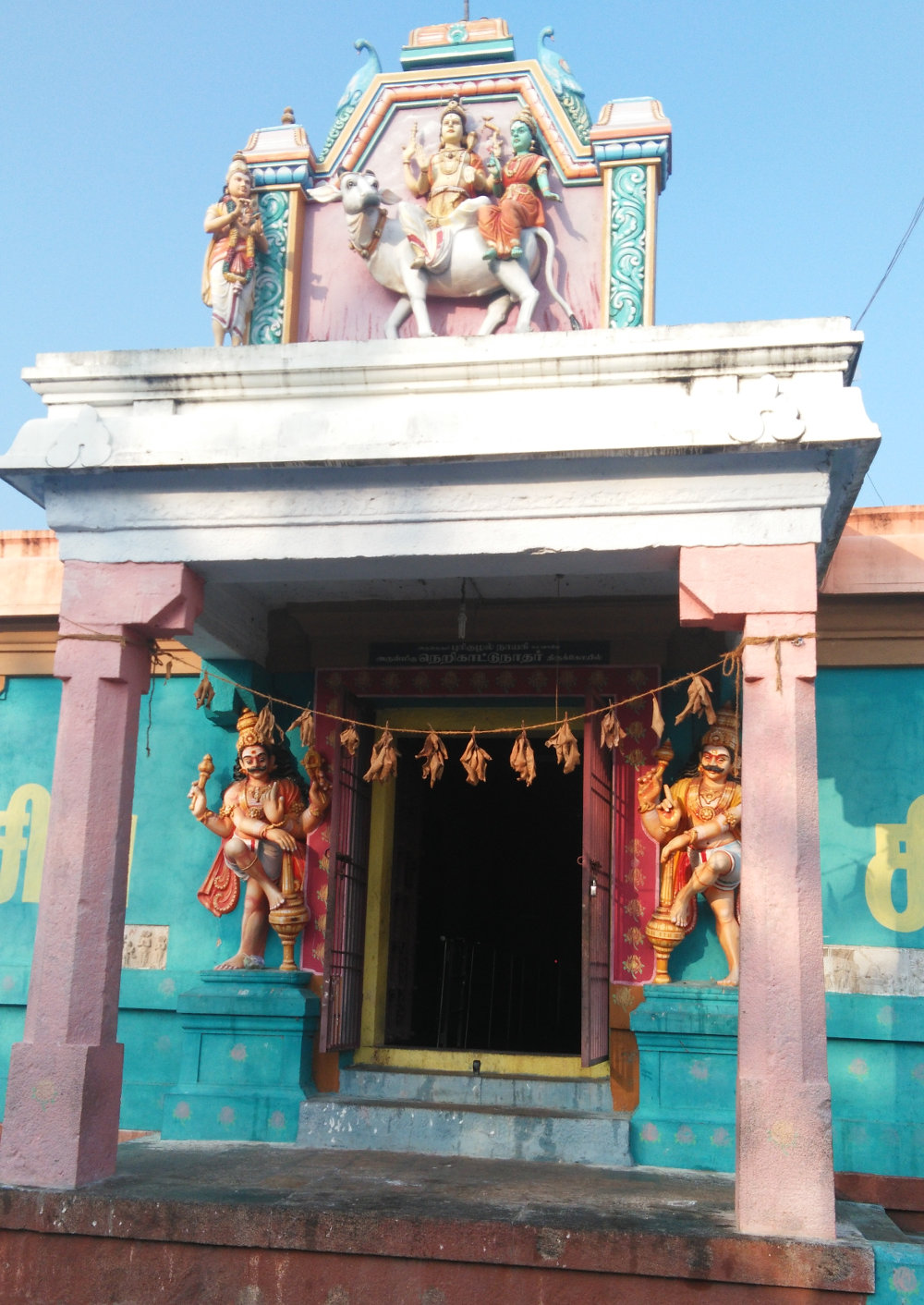 Another legend is that Sage Karthiyayanar, son of Sage Agasthiyar, prayed to the lord of this temple in order to be blessed with a daughter. The sage found a girl child playing with the lotus leaves in the Manimutharu river near this temple. He took the child with him, named her Ambujavalli and raised her as his own daughter. When Lord Mahavishnu took the Varaha Avataram, he found that his consort was missing. He visited this temple and prayed to Lord Shiva for his reunion with Goddess Lakshmi. Lord Shiva advised Lord Mahavishnu to marry Ambujavalli and informed him that she is none other than Goddess Lakshmi herself.

It is believed that Sage Agasthiar worshiped the lord of this temple and sought his blessings in order to help him retain the arts and knowledge that he had learnt so far.

It is also believed that Sages Vanmeeki and Kannuva visited this temple and worshiped the lord.

Another legend is that when Saint Sundaramurthy was travelling to Thirumudhukuntram (Viruthachalam), Lord Shiva appeared before him in the form of a Brahmin (andhanar). The saint asked him the way to Viruthachalam but the andhanar directed him to this temple by saying “Koodalaiyatrurirku vazhi ikthu” (This is the way to Koodalaiyatrur) and asked him to follow him. On reaching this temple the andhanar disappeared. The saint then realised that the Brahmin was none other than Lord Shiva himself. While rendering his pathigam, the saint finished each stanza of his song by expressing his surprise in not being able to identify the Brahmin as Lord Shiva.

There is no Navagraham here but only a separate shrine for Lord Sani. He is respected as “Pongu Sani” - meaning Lord Sani who gives prosperity.

There is a separate shrine for Sage Agasthiar in the outer compound wall of the temple. 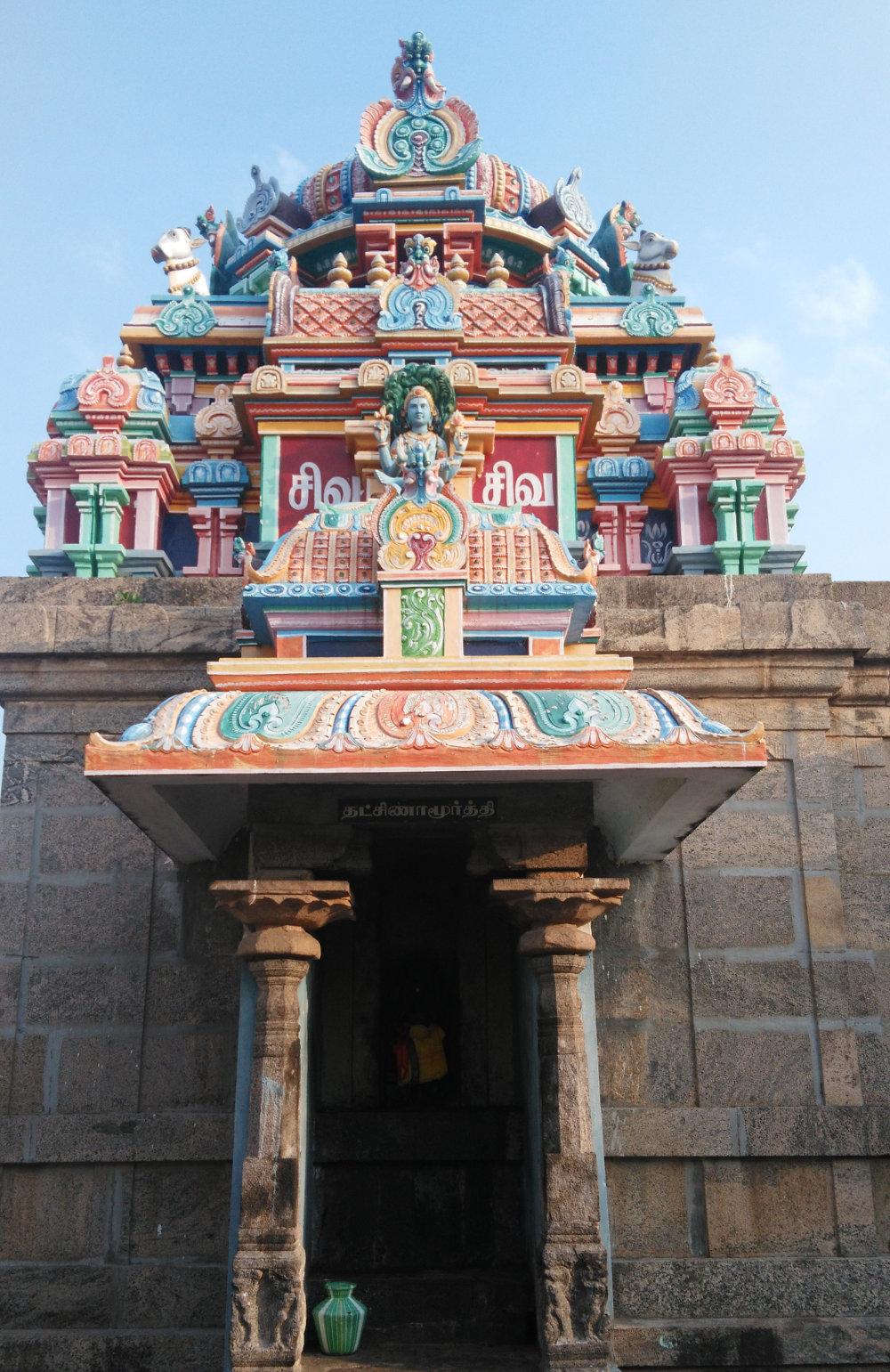 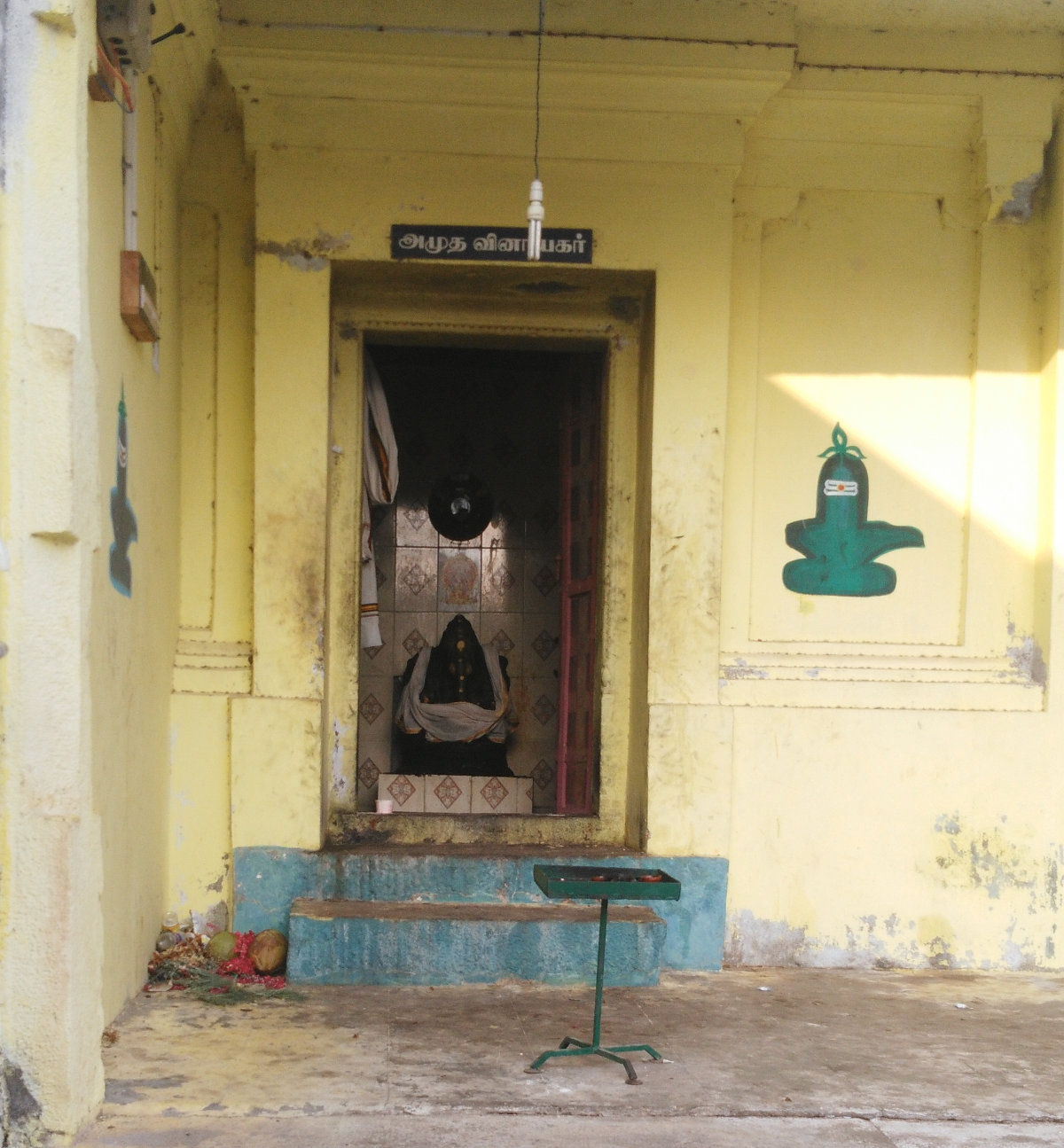 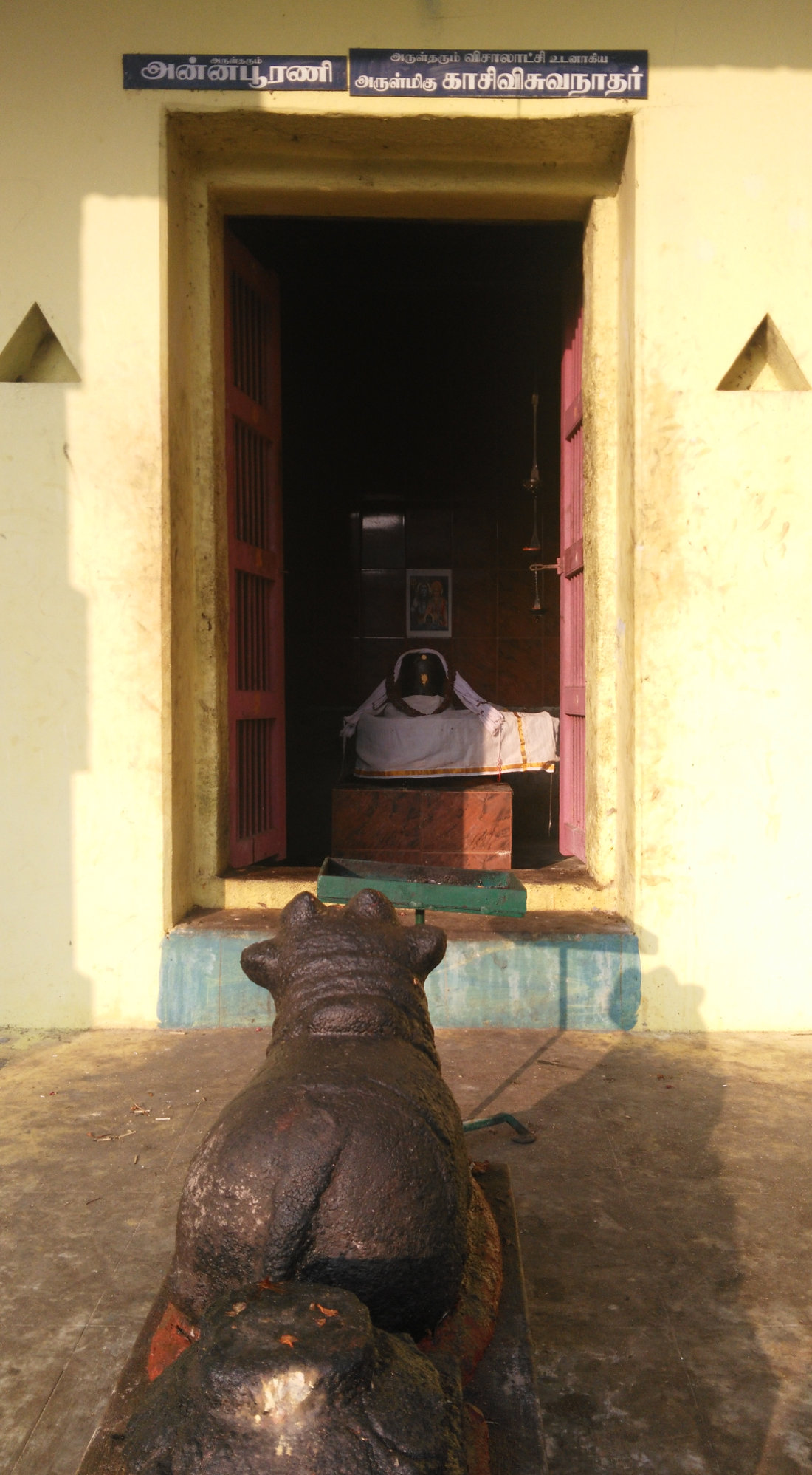 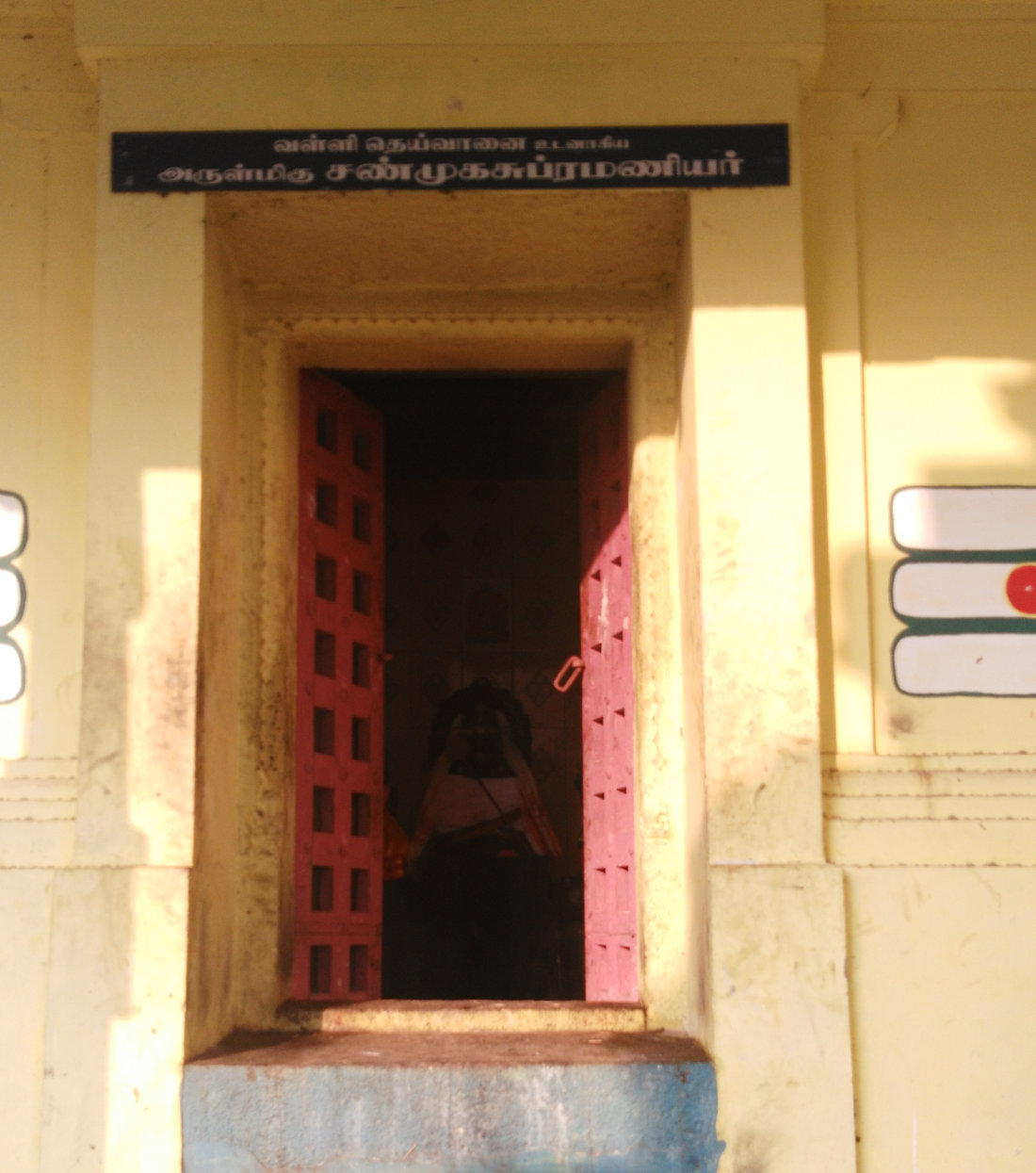 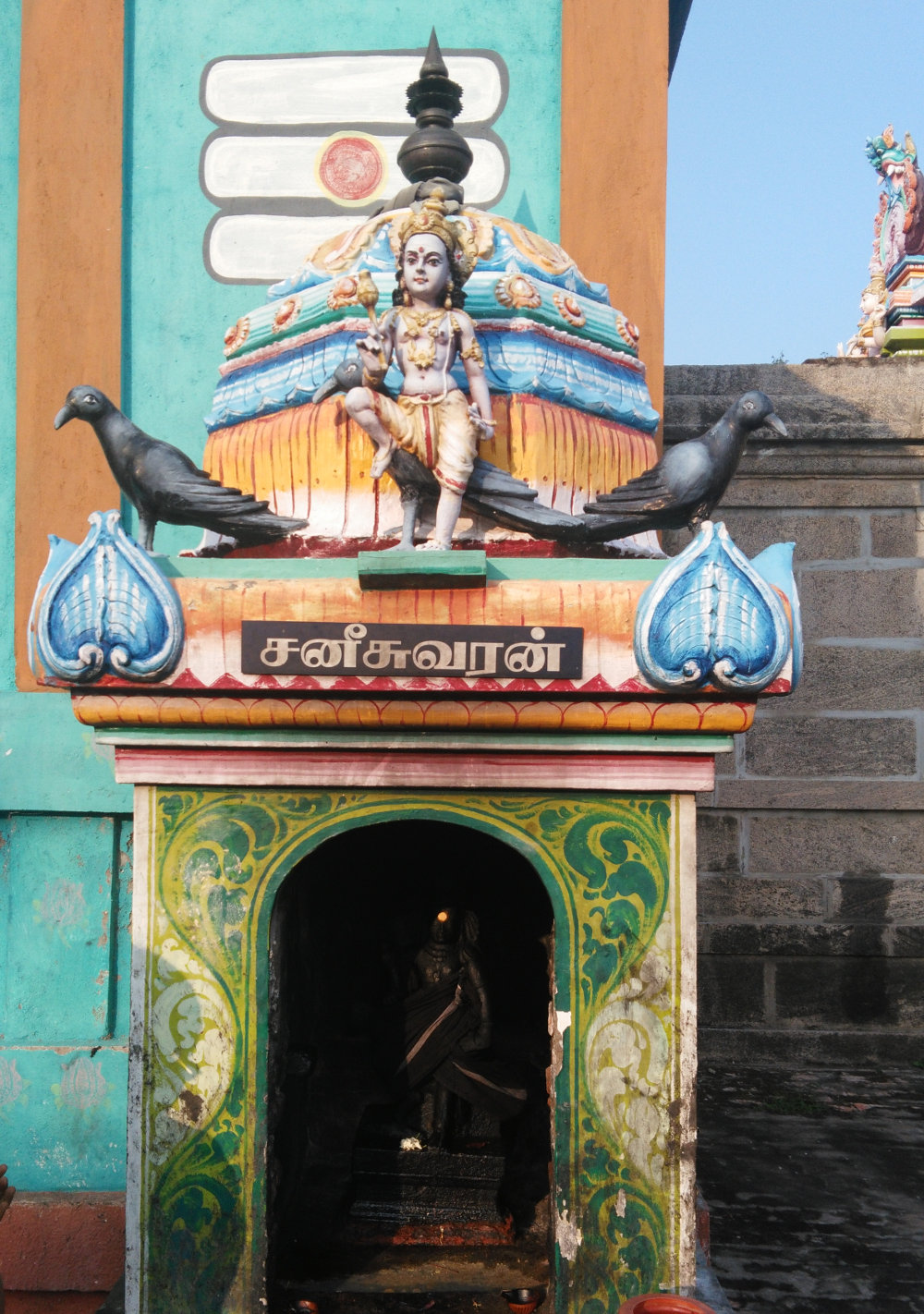 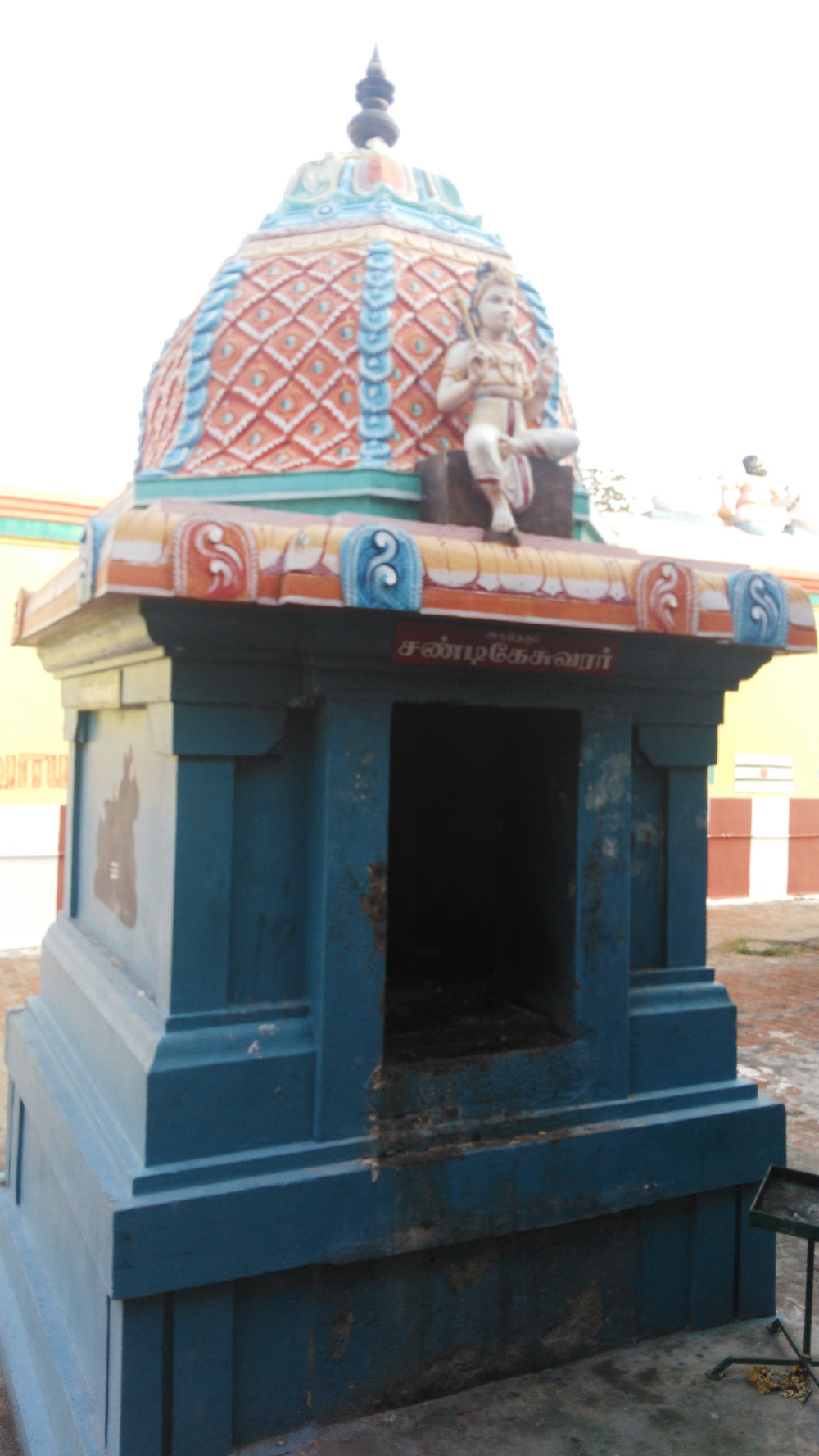 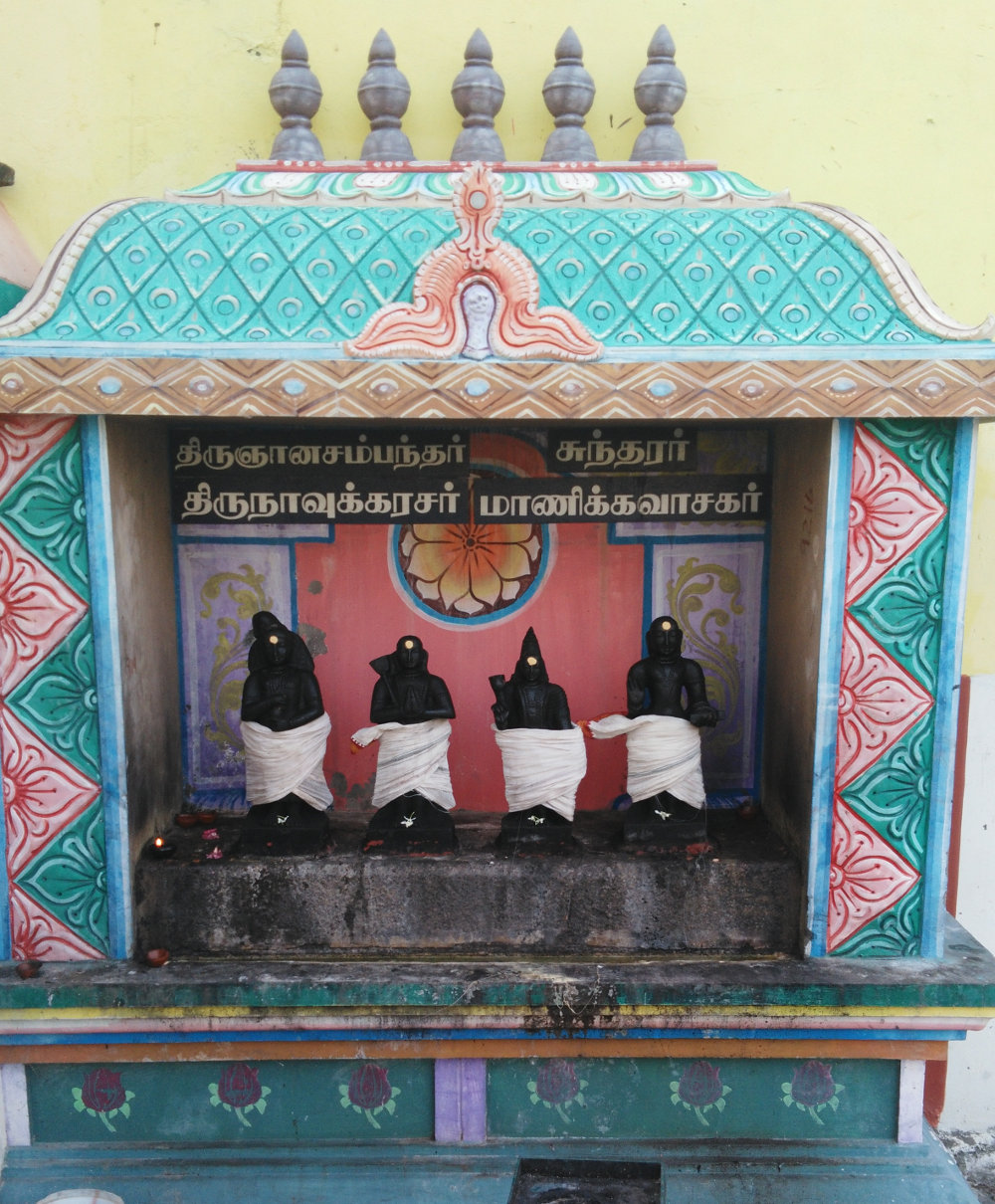 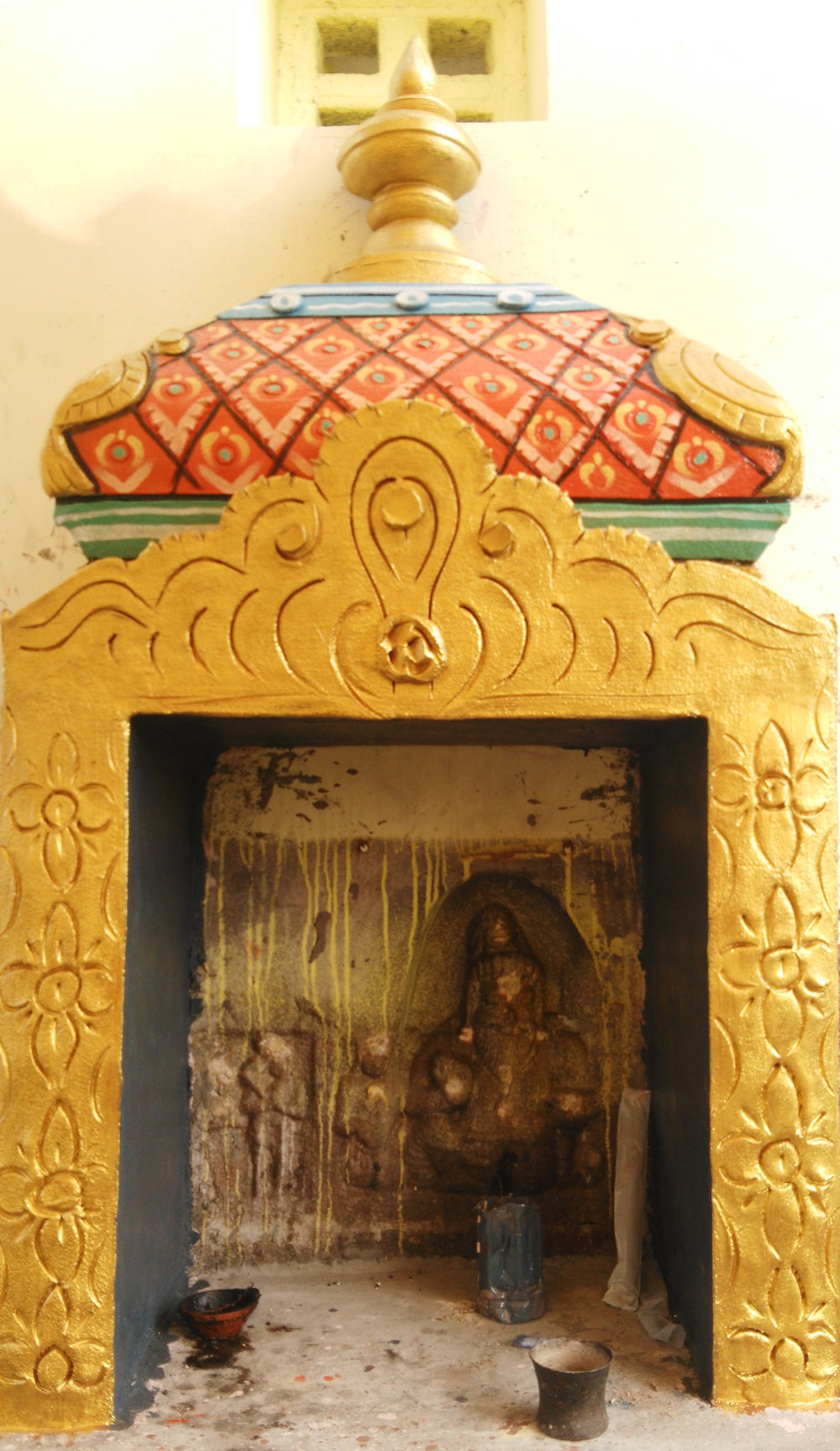 In most Shiva temples, there is only one shrine for the Goddess. However, in this temple there are two separate shrines – one for Goddess Gnanashakti and the other for Goddess Parashakti.

In the outer corridor, there is a separate shrine where granite idols (as opposed to the usual metal idols) of Lord Natarajar and Goddess Sivakami can be seen. 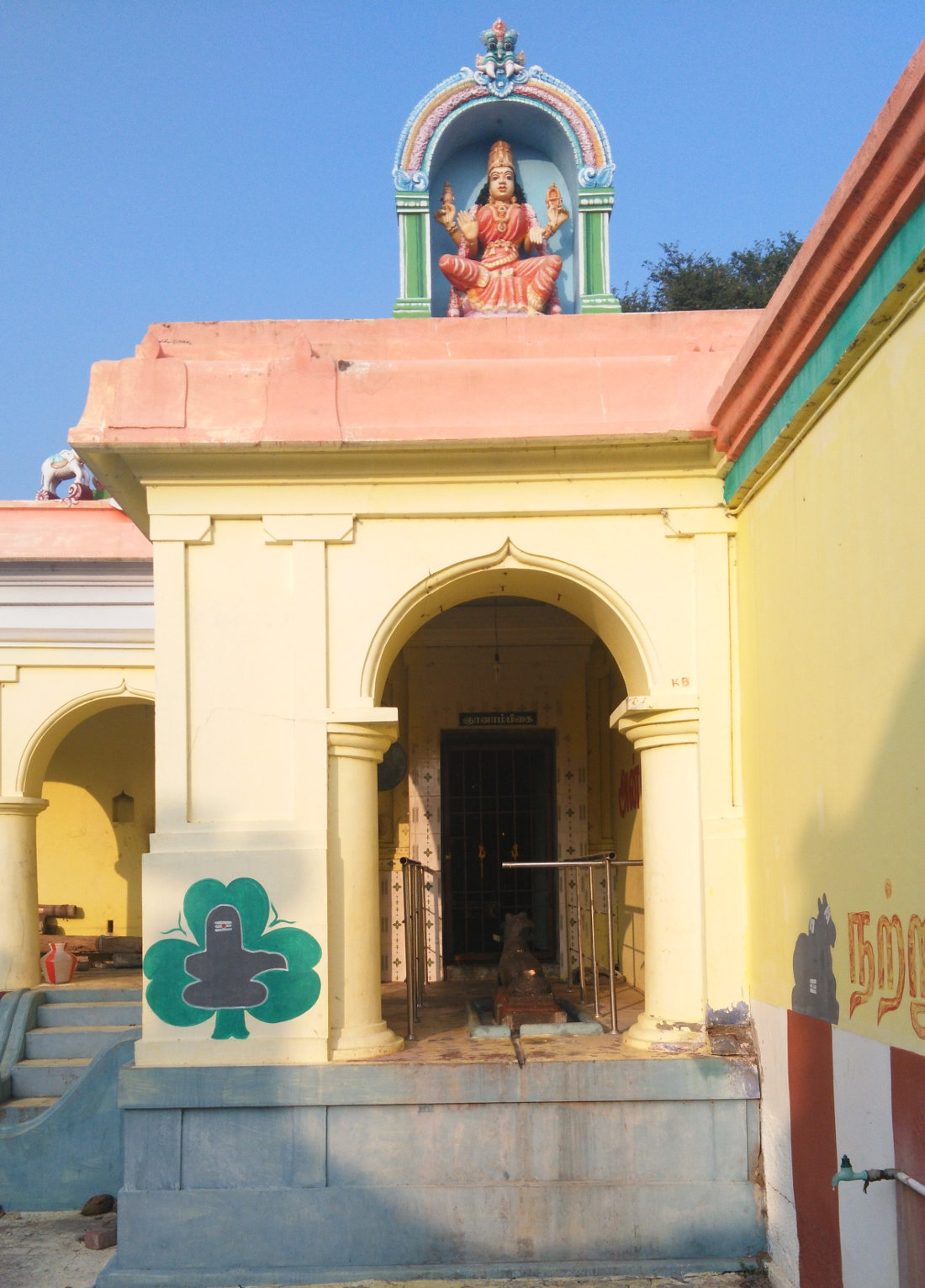 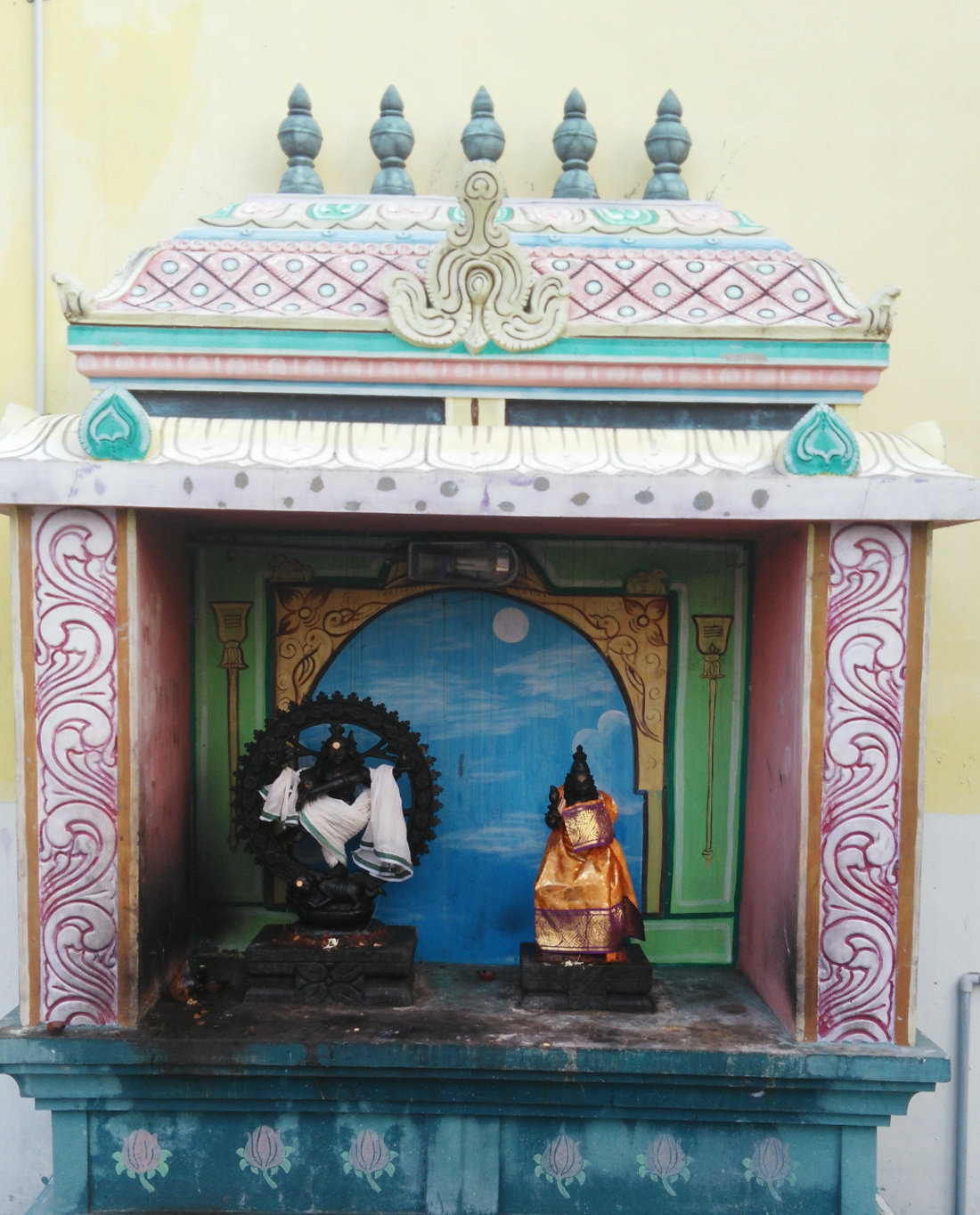 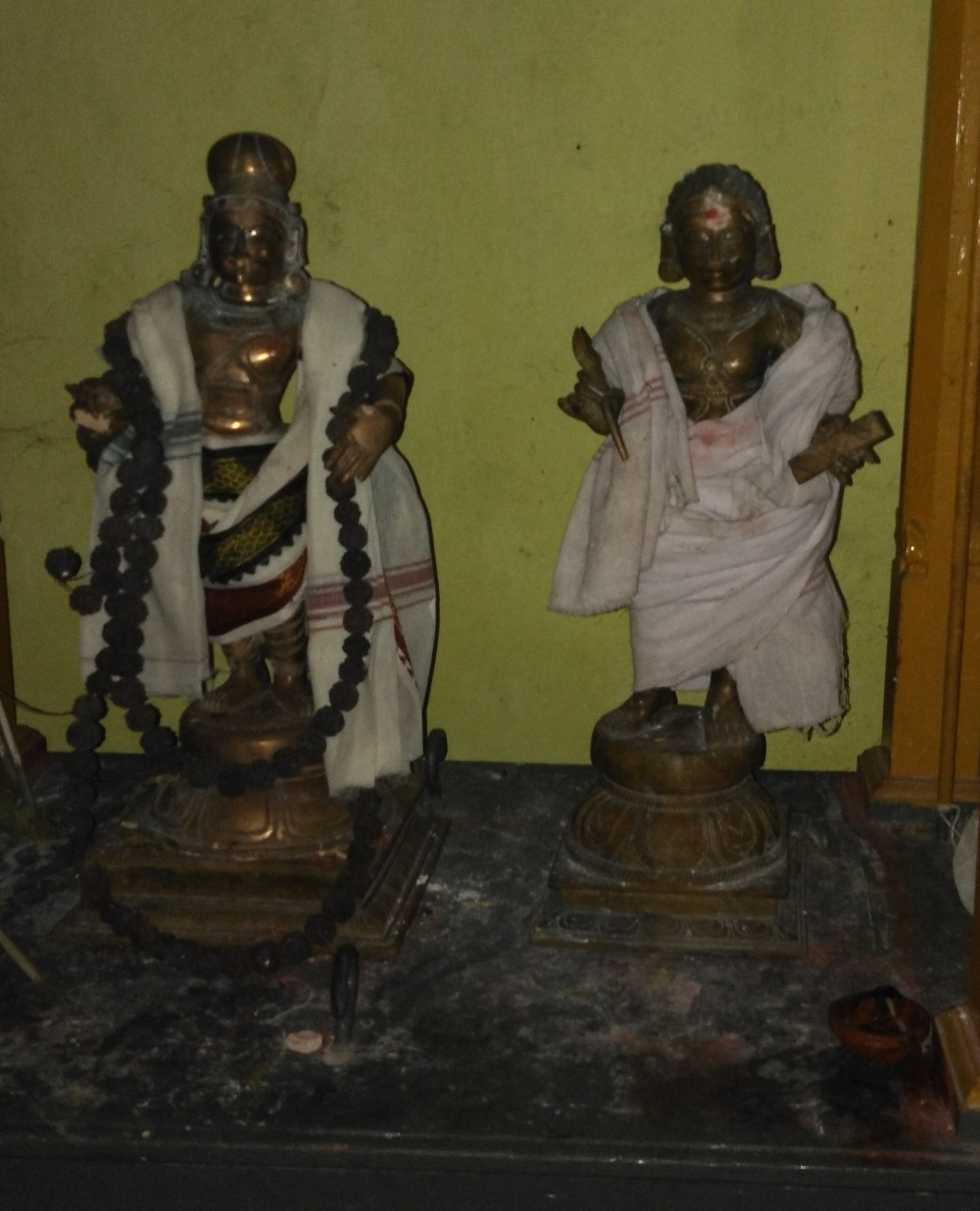 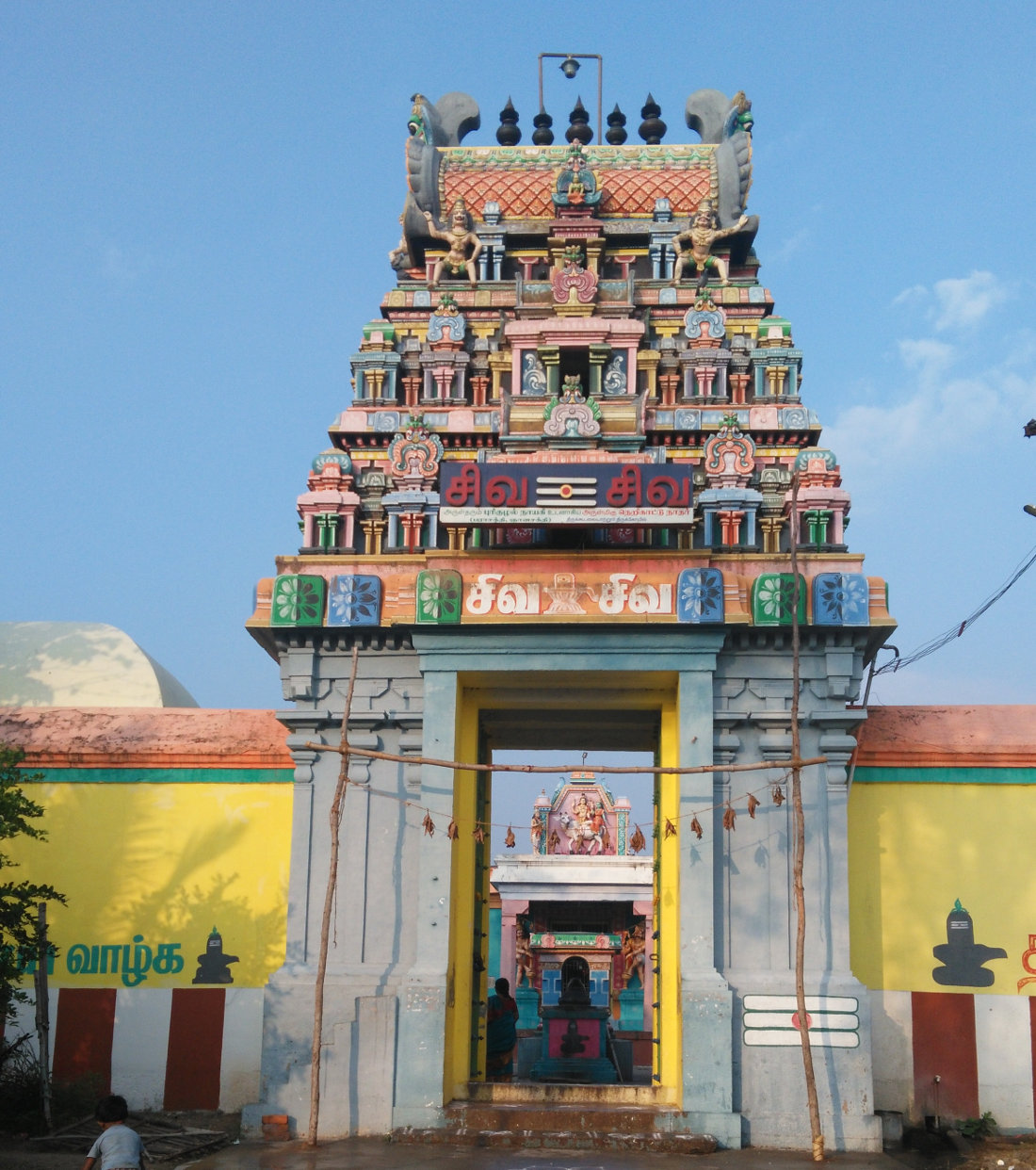 This is one of the temples that has a shrine for Chitra Gupta, the accountant of Yama (the Lord of Death). Chitra Gupta’s procession idol can be seen here holding writing materials in his hands.

Saint Arunagirinadhar has also sang a song in praise of Lord Murugan of this temple in his revered Thirupugazh.

During the first three days in the Tamil month of Chithirai (April-May), sun rays fall directly on the Shivalingam and special poojas are conducted on these three days.

Since Lord Brahma and Goddess Saraswathi are believed to have worshiped Lord Shiva, Goddess Gnanasakthi and Goddess Parasakthi in this temple, devotees believe that worshipping the deities here will give them the gift of knowledge and wisdom.

Secondly, as Sage Agasthiar worshiped the lord of this temple so as to not forget the arts and knowledge that he learnt so far, devotees worship the lord here seeking a similar blessing.

13-days Brahmotsavam during Masi Magam in the Tamil month of Masi (February-March) is celebrated in a grand manner here. Other major festivals celebrated here are Mahashivratri, Arudra Dharisanam and Annabishekam. 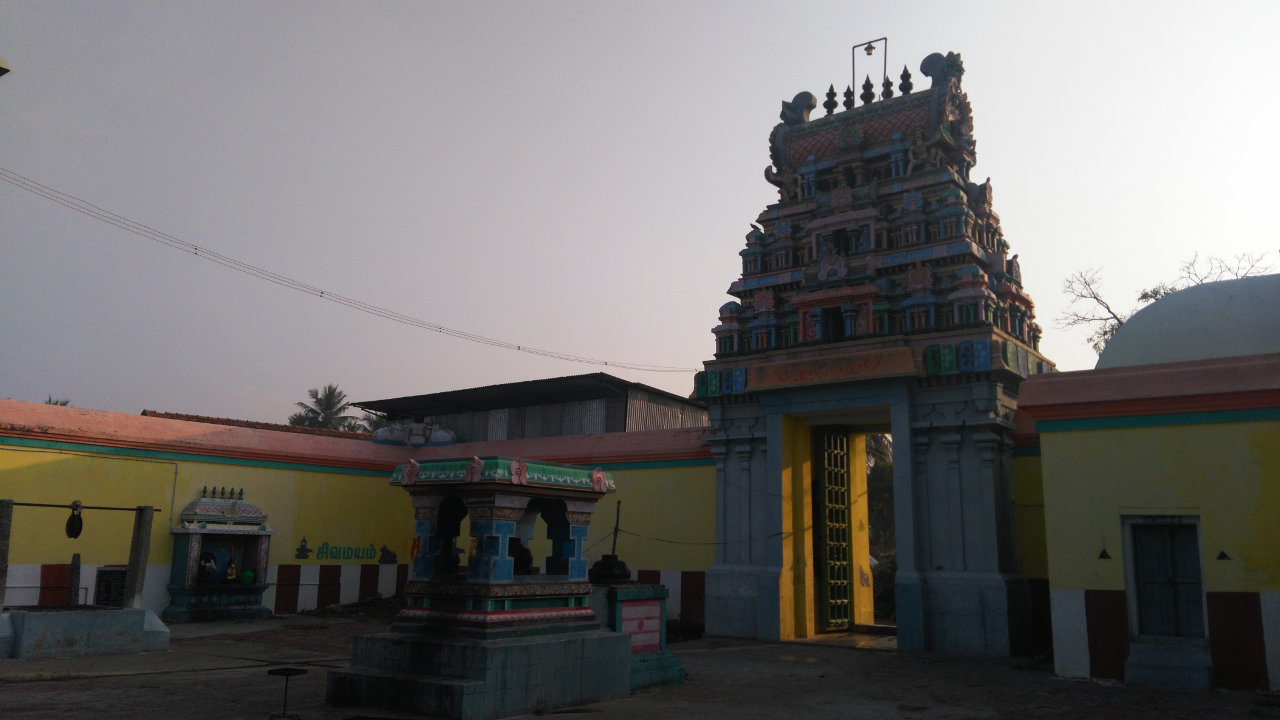 Saint Sundaramurthy visited this temple and sang this Pathigam.