Kudanthai Keezhkkottam, now popularly known as Sri Nageswaraswamy temple is situated in the heart of Kumbakonam town. It is on the Chidambaram to Tanjure via Mayiladuthurai route. It is about 35 kms from Mayiladuthurai. Kumbakonam has a railway station and this temple is about 2 kms away from the station.

Kumbakonam, popularly known as the “Temple city”, is located on the banks of the river Cauveri. Cauvery and Arasalaru rivers flow in such a manner that they look like garlands adorning this place.

This ancient temple was constructed by King Aditya Chola-I during the 9th century. The temple’s design and architecture highlight the great workmanship and skill of the Chola period. Also, the orientation is structured in such a way that it allows sunlight inside the sanctum sanctorum only for three days during the Tamil month of Chithirai (April/May). 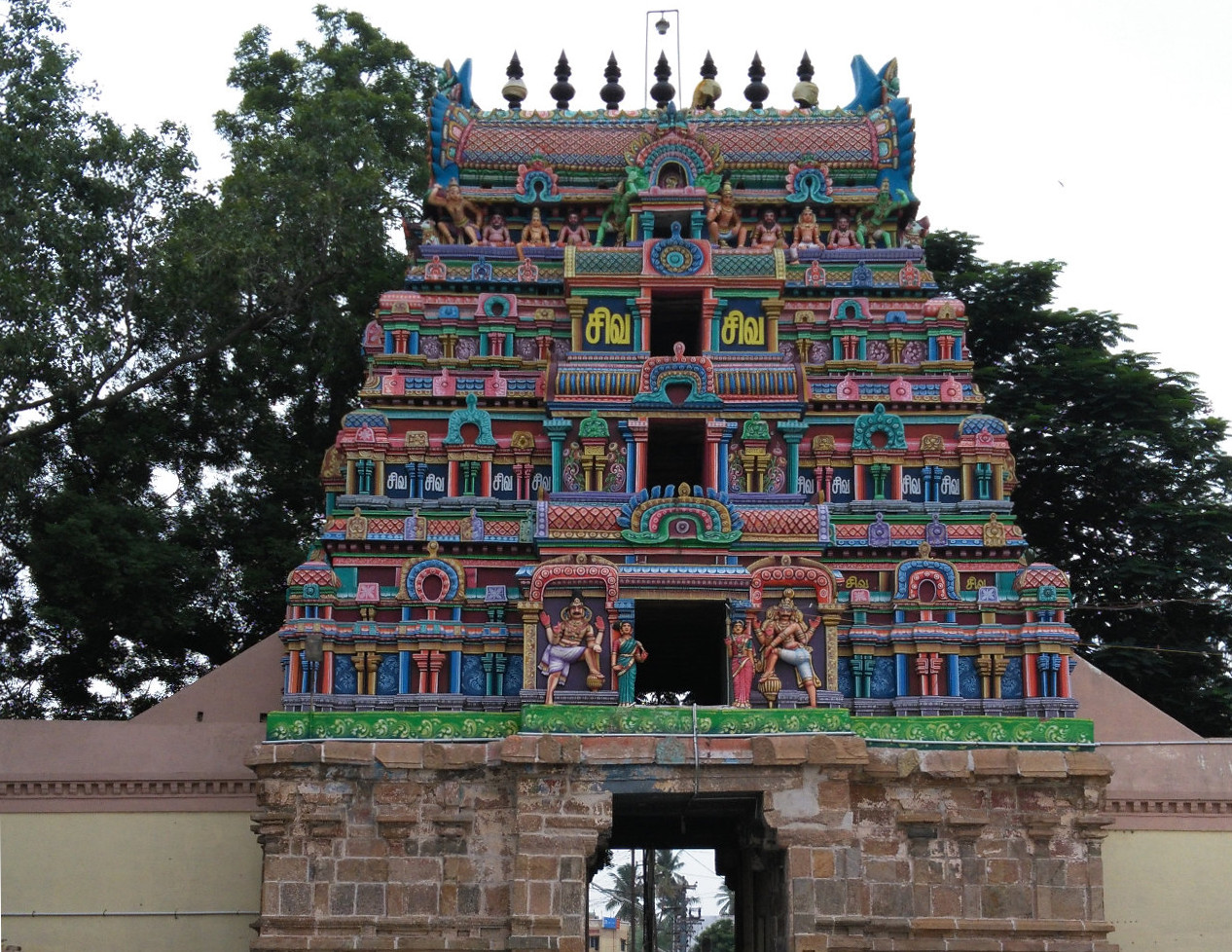 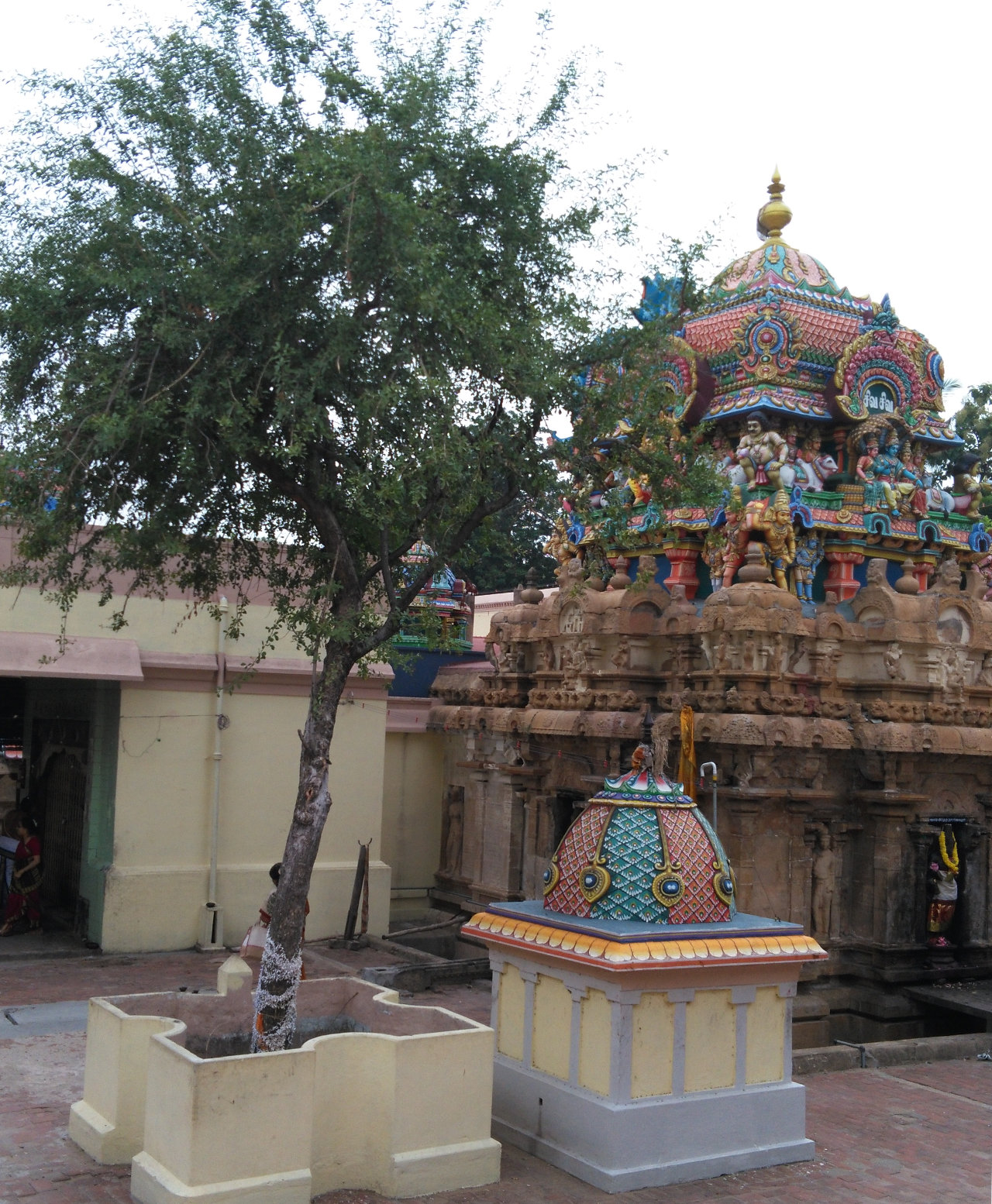 At a later date, a Shiva devotee named Padakachery Ramalinga Swamigal took a lot of pain to renovate this temple which was in a dilapidated condition at that time. He also performed the consecration ceremony in the year 1923. It is believed that he collected the funds by way of alms in a pot (hundi) which he tied around his neck. His idol with the hundi can be seen at the main entrance tower.

One of the legends of Hindu mythology states that the serpent king Adhisheshan (Naga Raj, the king of serpent) holds the earth in its place. Once he was tired and was unable to hold the earth. He pleaded to Lord Shiva to give him enough strength to continue doing his job. Lord Shiva advised him to go to earth and worship him at this temple in Kumbakonam. The lord further advised him that he would get the energy to hold the earth with a single head instead of having 1000 heads. He installed a Shivalingam here and worshipped the lord. As Nagaraja worshipped the lord here, the lord is praised as Sri Nageswarar.

Other than the shrines of Lord Shiva and Goddess Parvathy, shrines and idols of lords Vinayakar, Murugan with his consorts, Natarajar, Somaskandar, Sapthamaadakkal, Valanchuzhi Vinayakar, Gajalakshmi, Adhisheshan and Iyanar can be seen in the corridors. 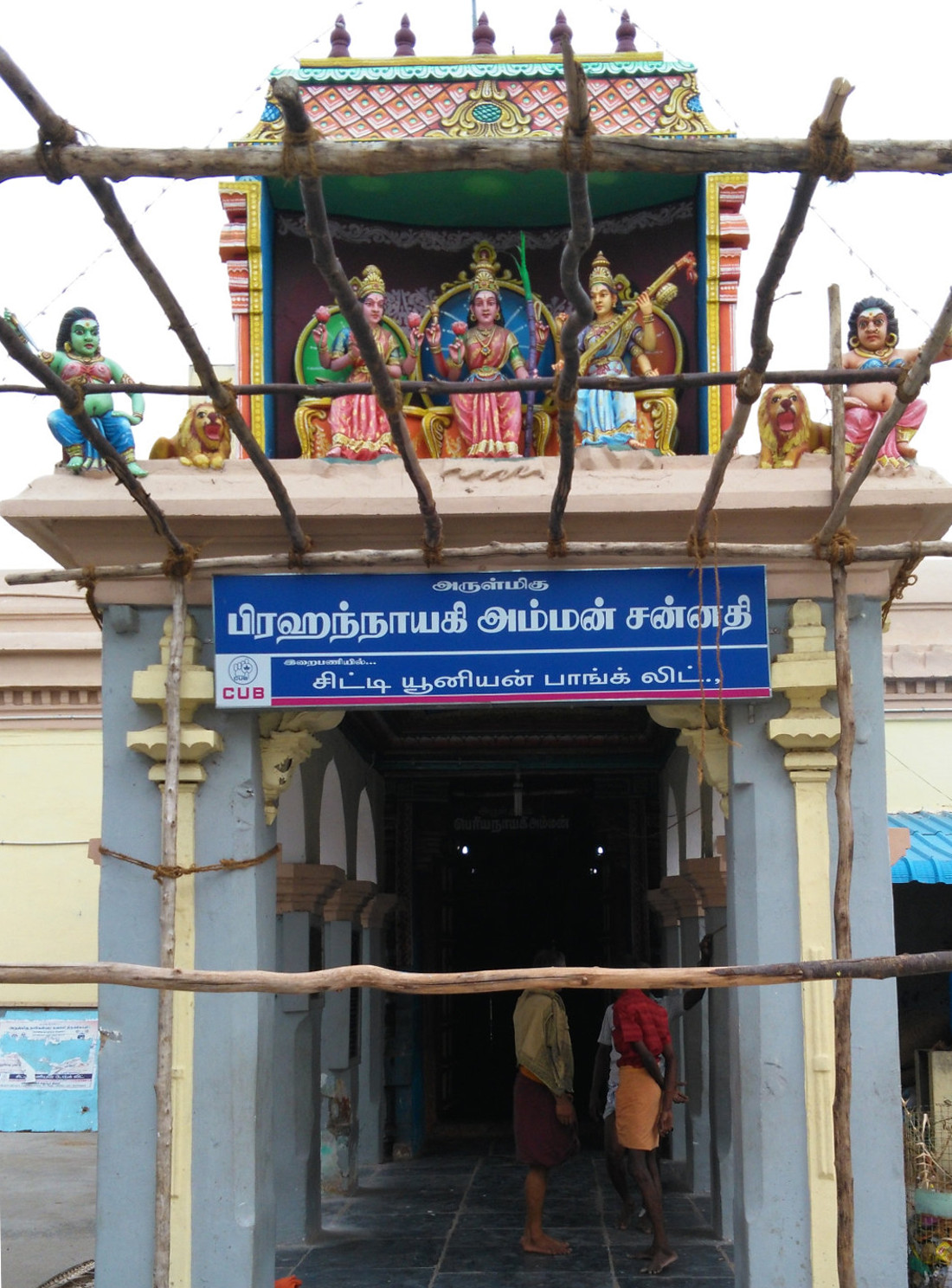 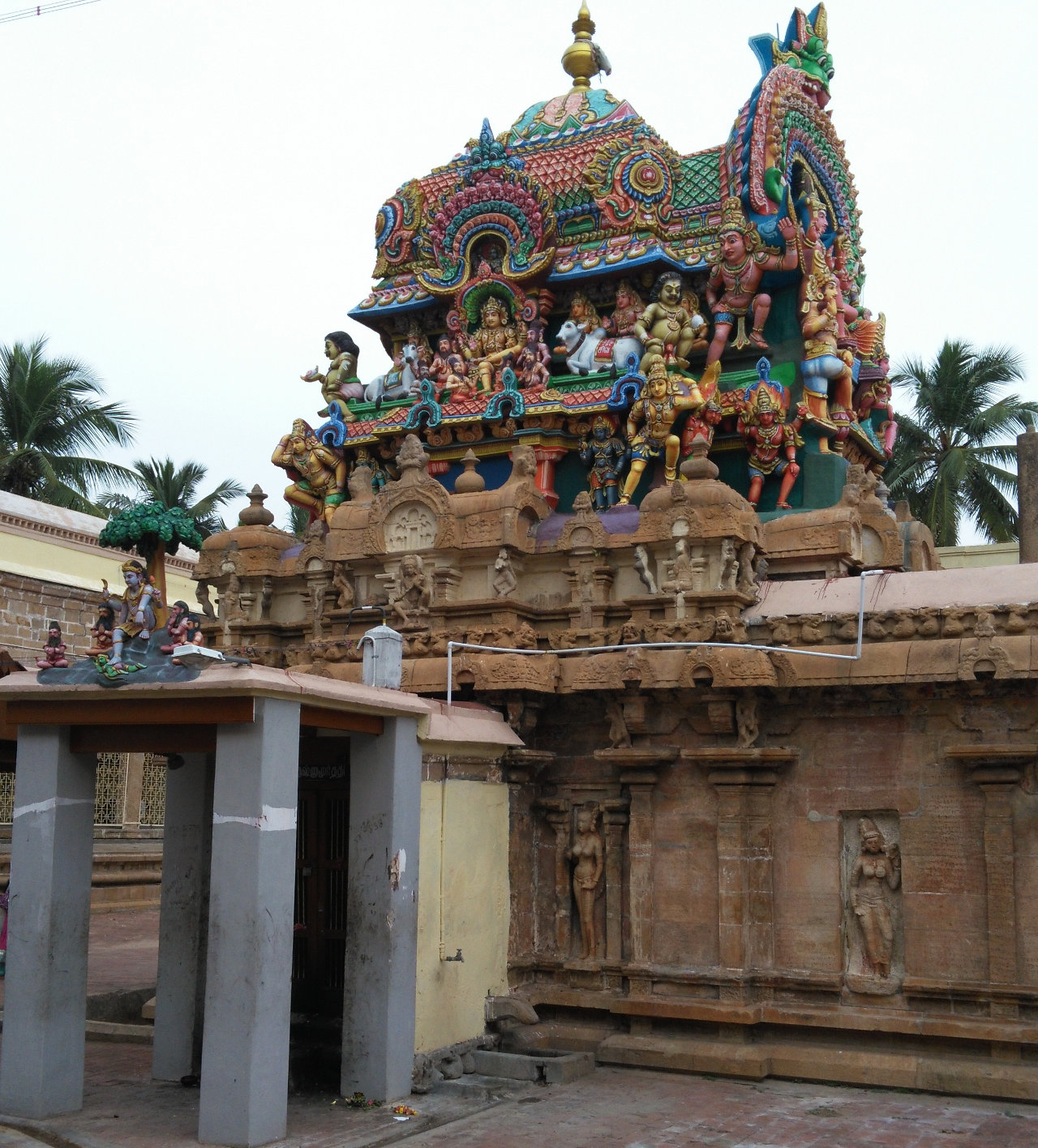 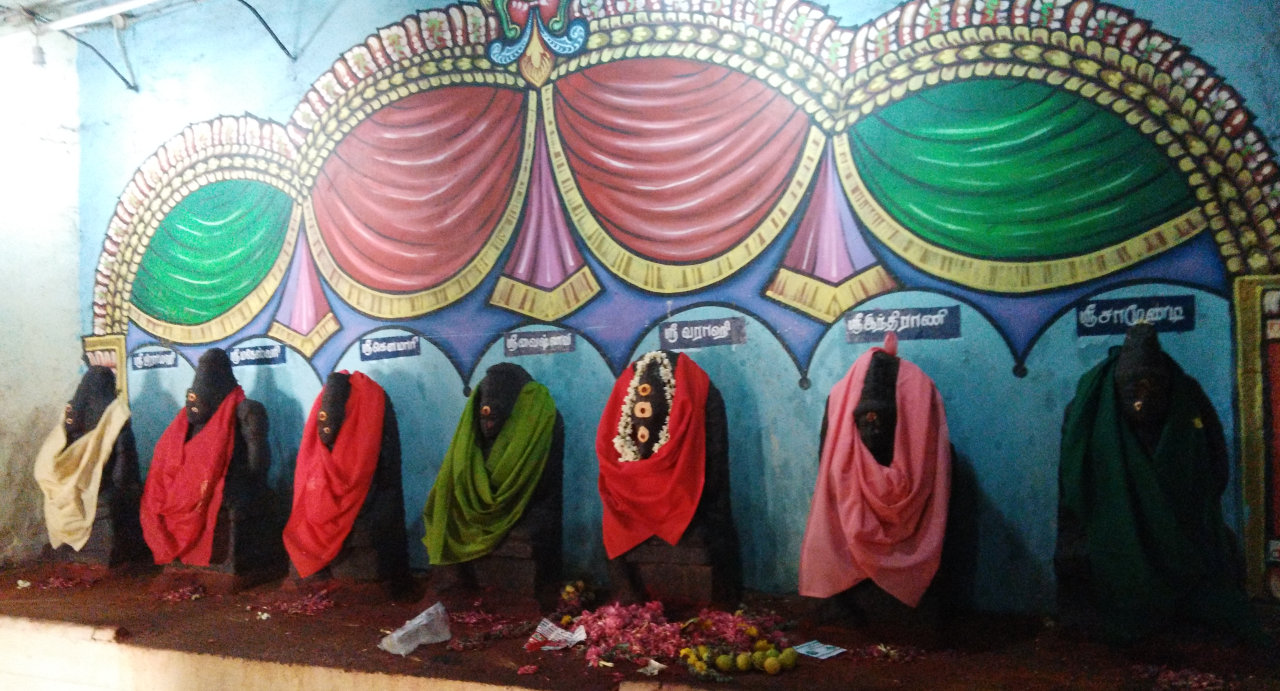 There is a separate shrine for Goddess Parvathy in the outer corridor.

In the “koshtam” (place surrounding the sanctum sanctorum), idols of Vinayakar, Dakshinamurthy, Arthanareeswarar, Brahma, Durgai and Chandikeswarar can be seen. 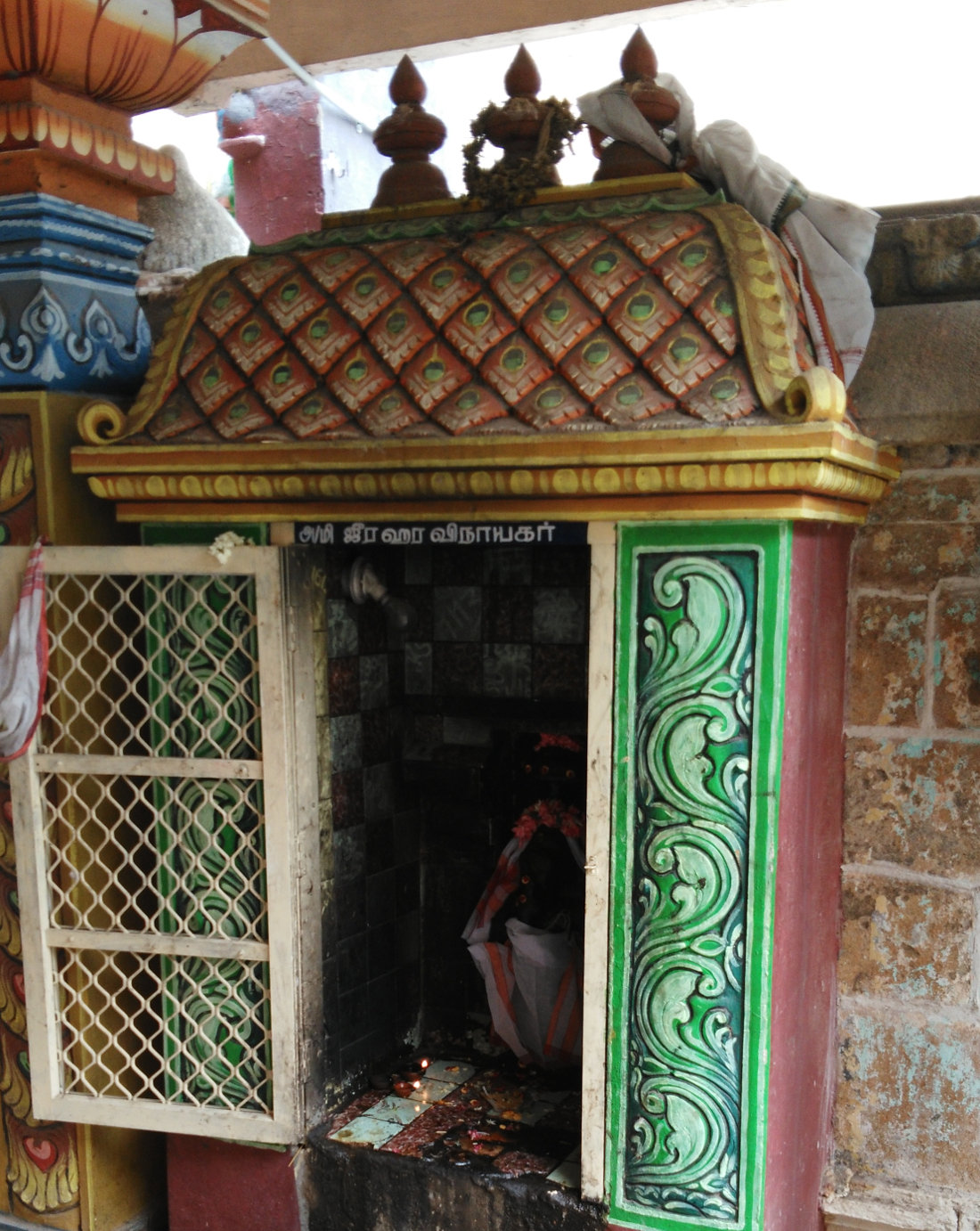 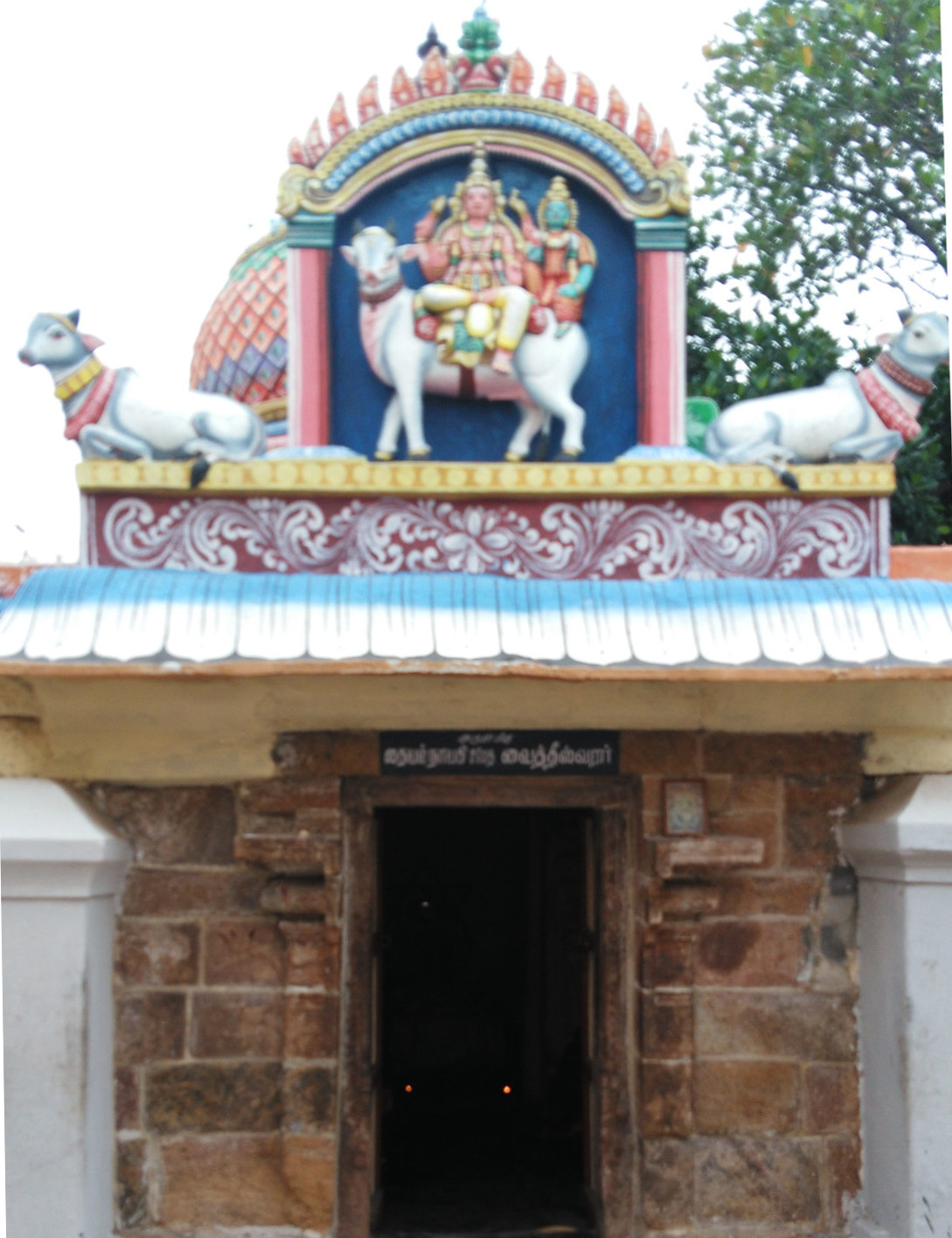 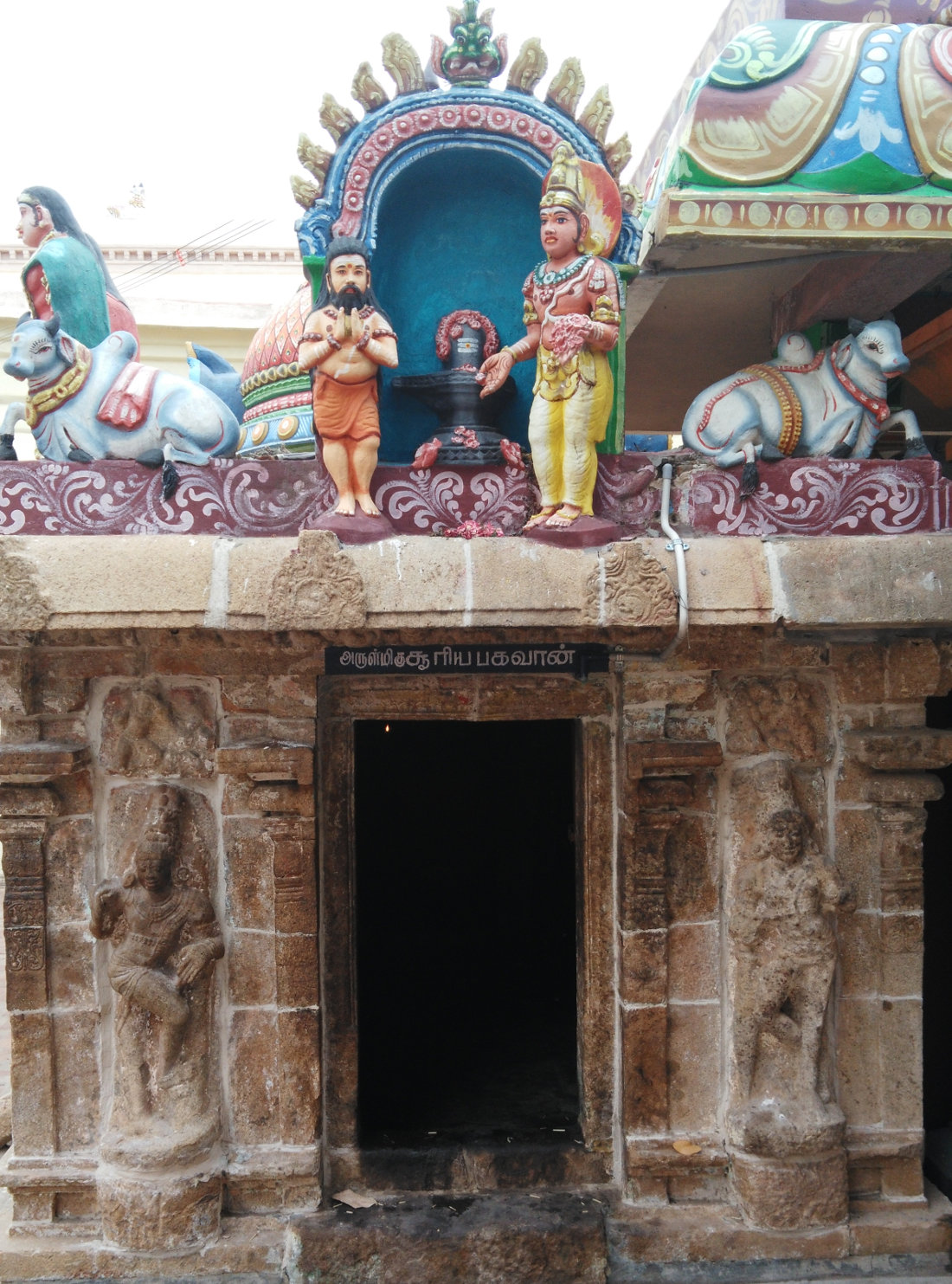 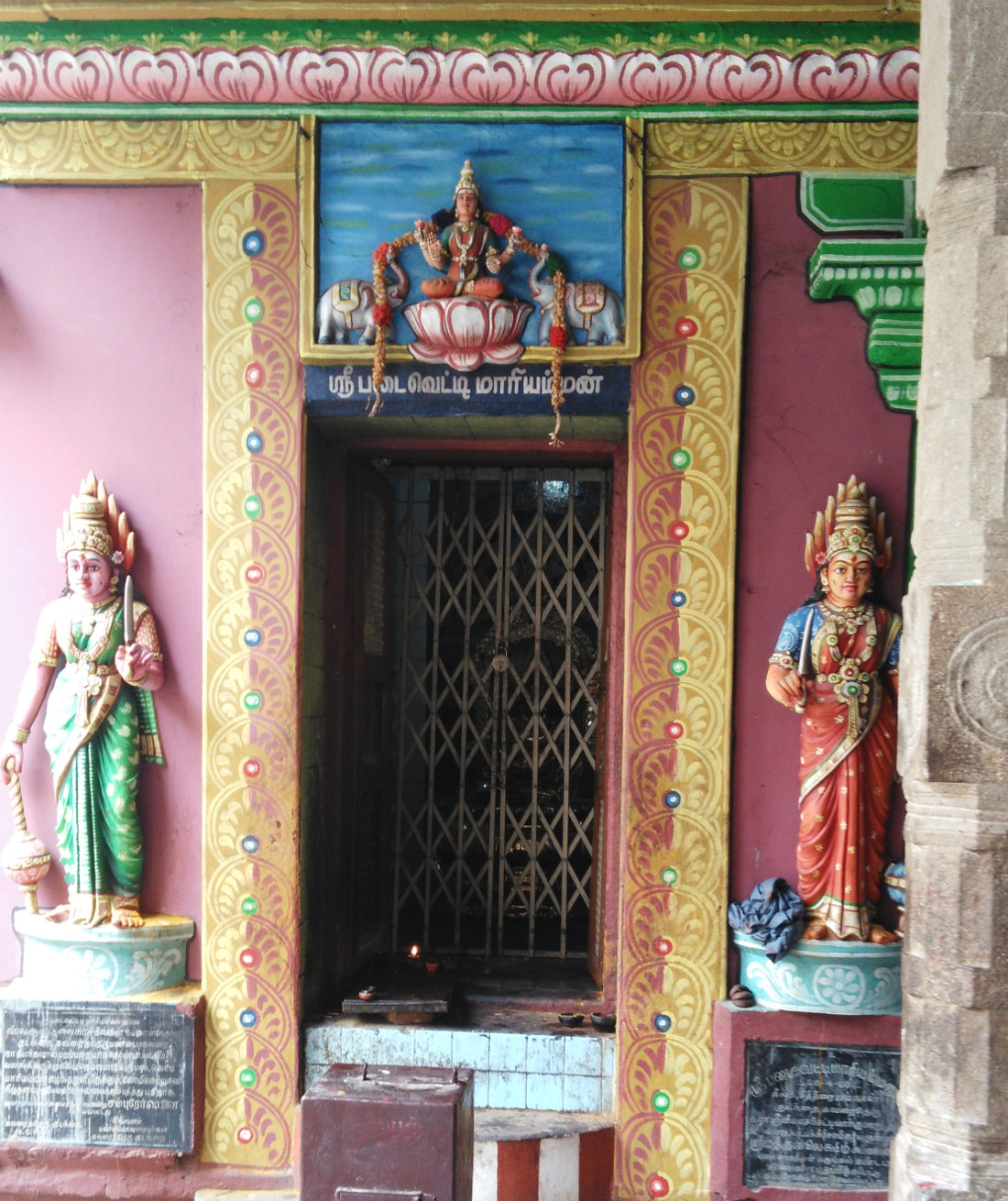 The huge Mahamaha tank covers of an area of about 6 acres and it has 16 entrances. At each entrance, there is a shrine for Lord Shiva. These shrines are collectively called “Sodasa Mahalingaswamy” (“Sodasam means 16 in Tamil). The names of these 16 Shivalingams are –

Mahamaha Theertham is known as -

Mukthi Theertham in “Thuvabarayugam” and

Kumbakonam gets the name “Bhaskara Kshetram” because Suryan is believed to have worshiped the lord here. Suryan is also known as Bhaskara.

The temple’s holy Theertham, “Singamuga kinaru” (lion faced well) can be seen in the outer corridor. 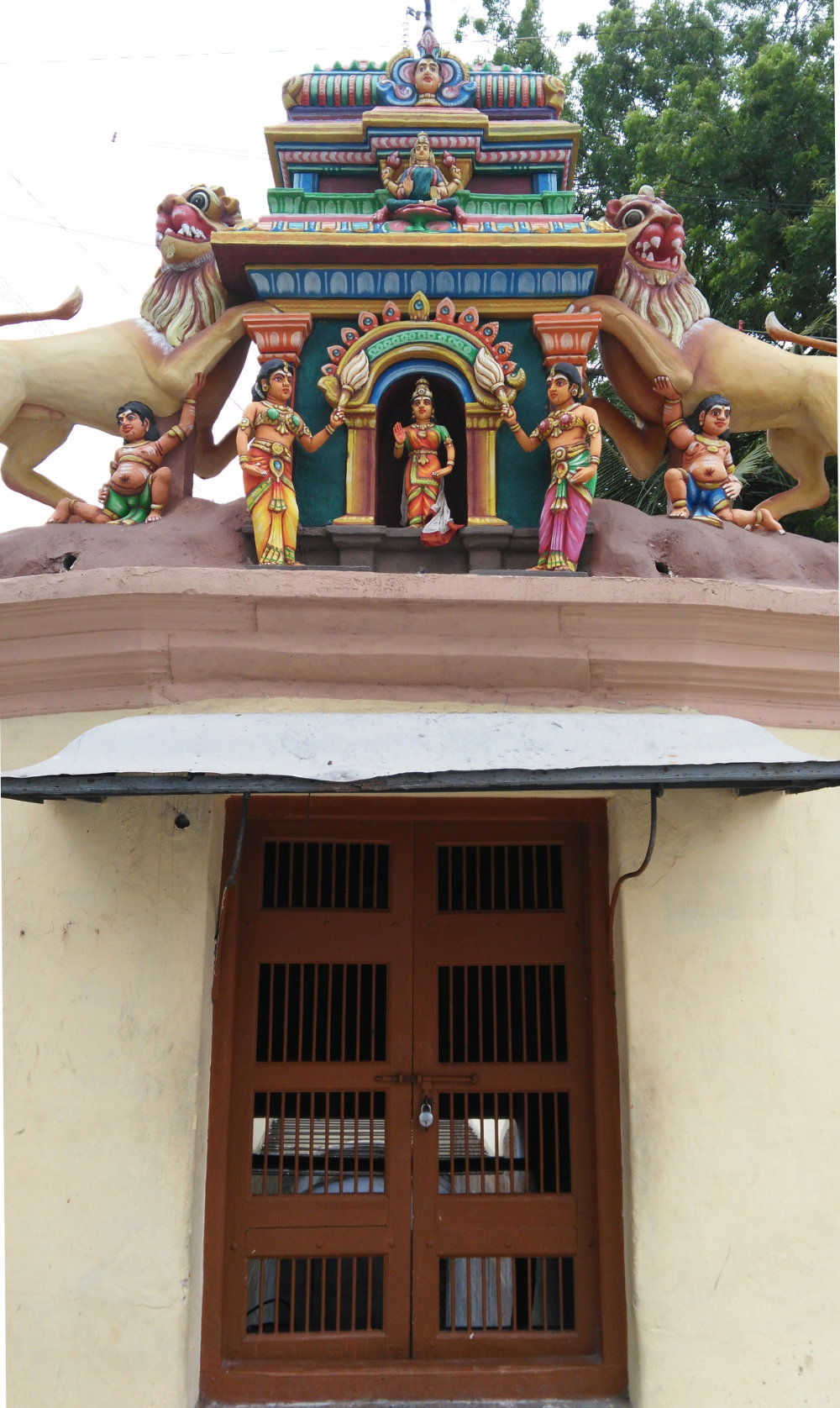 This temple’s Nataraja Sabha is called as “Perambalam” as it is in the shape of a chariot (“Ratham”). The chariot has stone wheels on both sides and is aesthetically designed with stone 2 horses and 4 elephants pulling it. The 12 spokes on the wheels are said to represent the 12 zodiac signs. 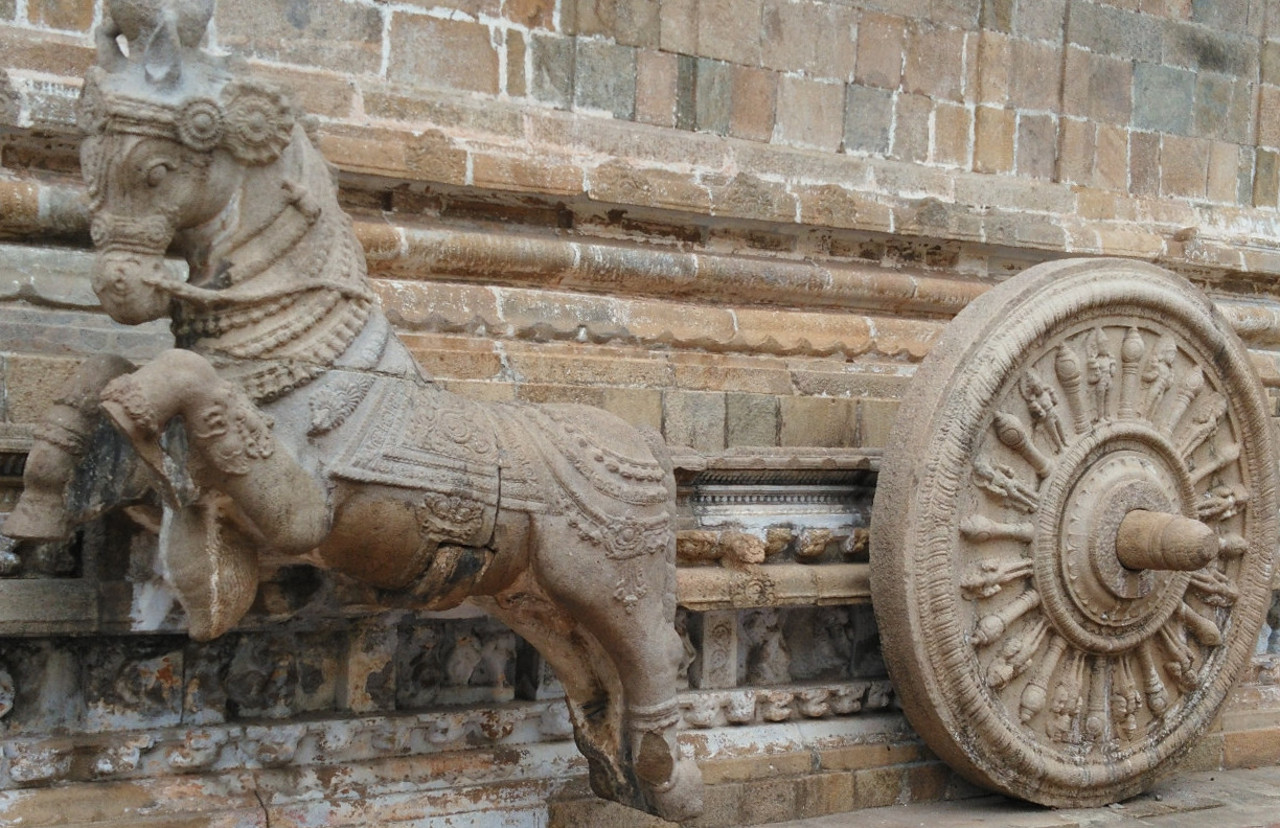 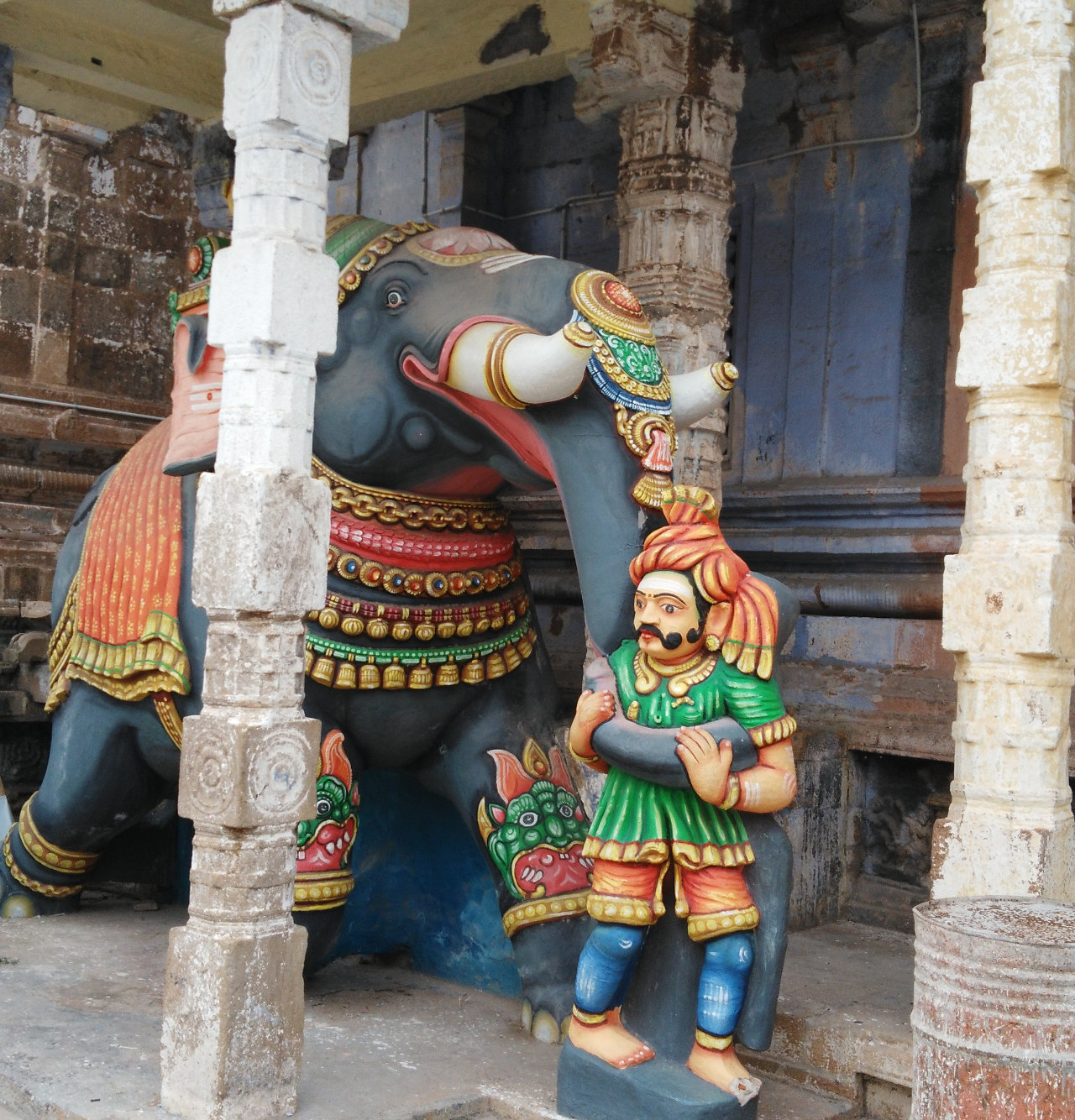 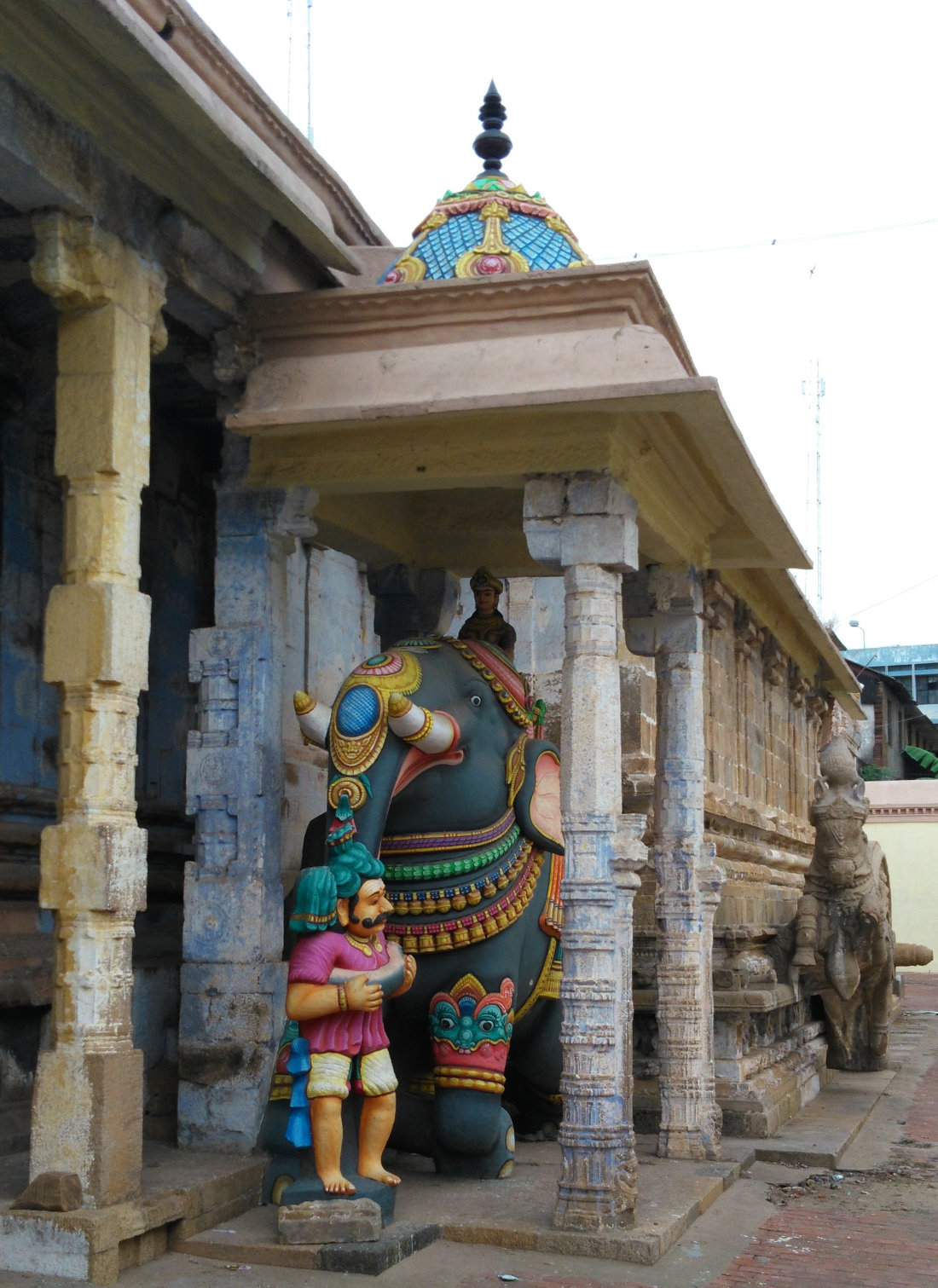 It is believed that worshiping the Lord Nageswarar at three different temples – here in this temple, at Thirunageswaram and at Thiruppampuram during morning, afternoon and evening respectively is very auspicious.

It is believed that Lord Suryan (Sun) worships Lord Shiva of this temple by directing his rays on the lingam every year for three days in the Tamil month of Chithirai (Apr-May) on 11th, 12th and 13th at 06.00 AM.

The significance of this temple is that Goddess Mahakaali and Lord Agni Veerabadrar (Urthuva Dhandavamurthy) are placed opposite to each other.

Another significance of this temple is the shrine of “Pralayakala Rudrar” which cannot be seen anywhere else. 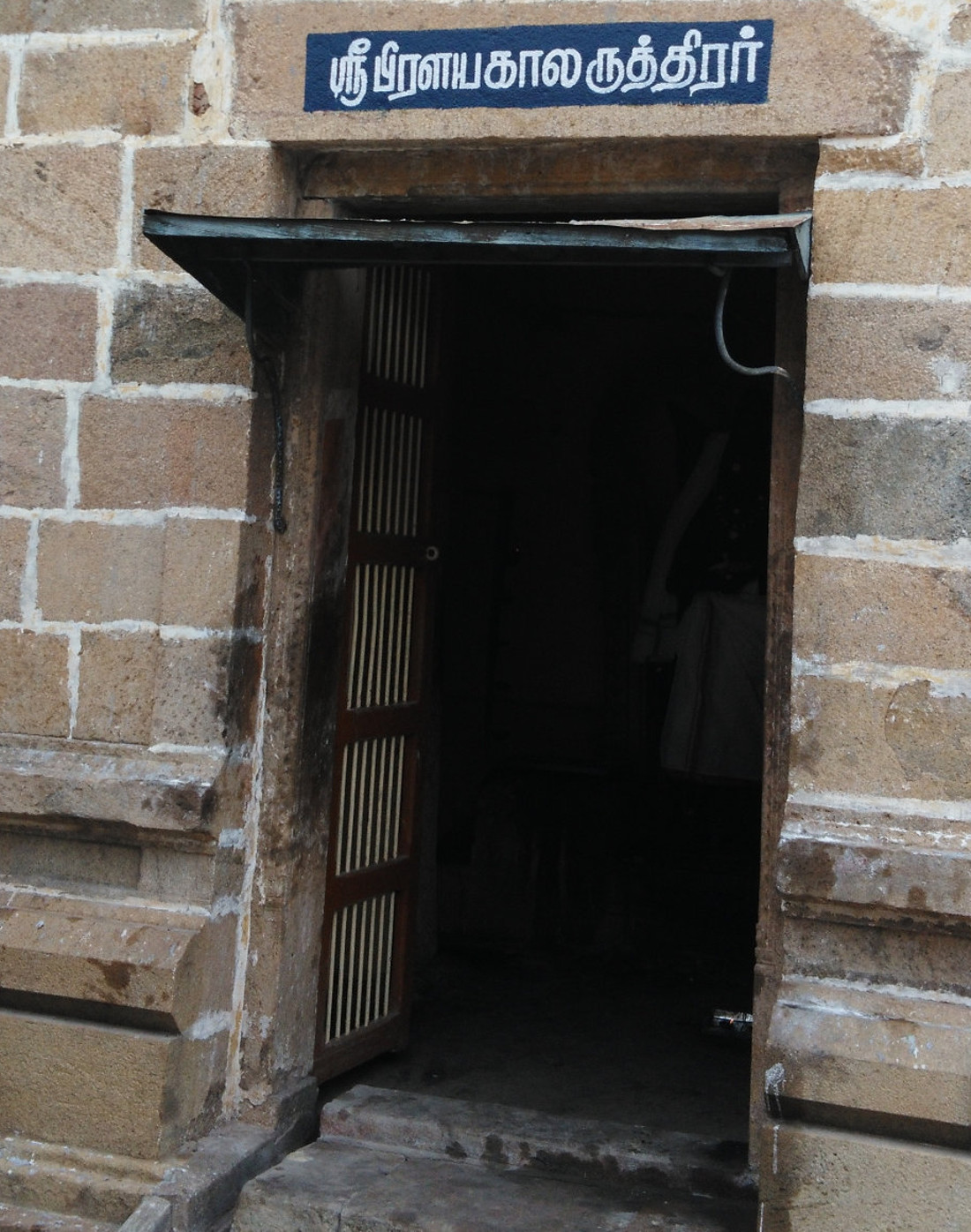 Devotees can worship the lord here between 4.30 p.m. and 6.00 p.m. (Rahukala time) on Sundays to get relief from all types of ailments.

It is also believed that worshiping Lord Shiva here will result in the reunion of estranged couples.

Lord Jurahara Ganapathy is very famous here – (“Juram” means fever in Tamil). For any kind of fever, devotees can pray to this lord for relief. They perform abhishekam of the lord with offerings of rice, pepper “rasam” and dal paste (“Thokaiyal”).

Almost all festivals related to Shiva temples are celebrated in this temple. 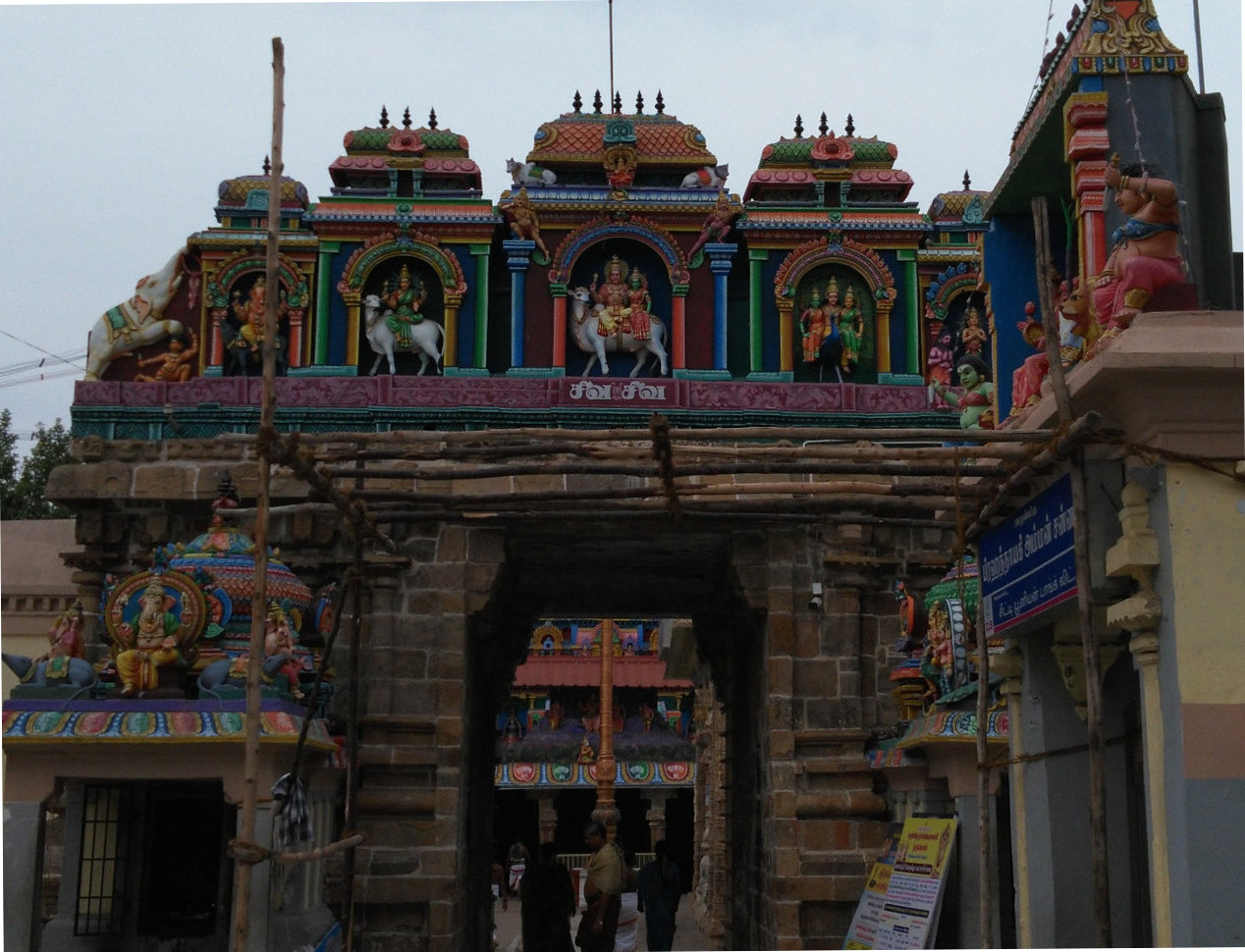 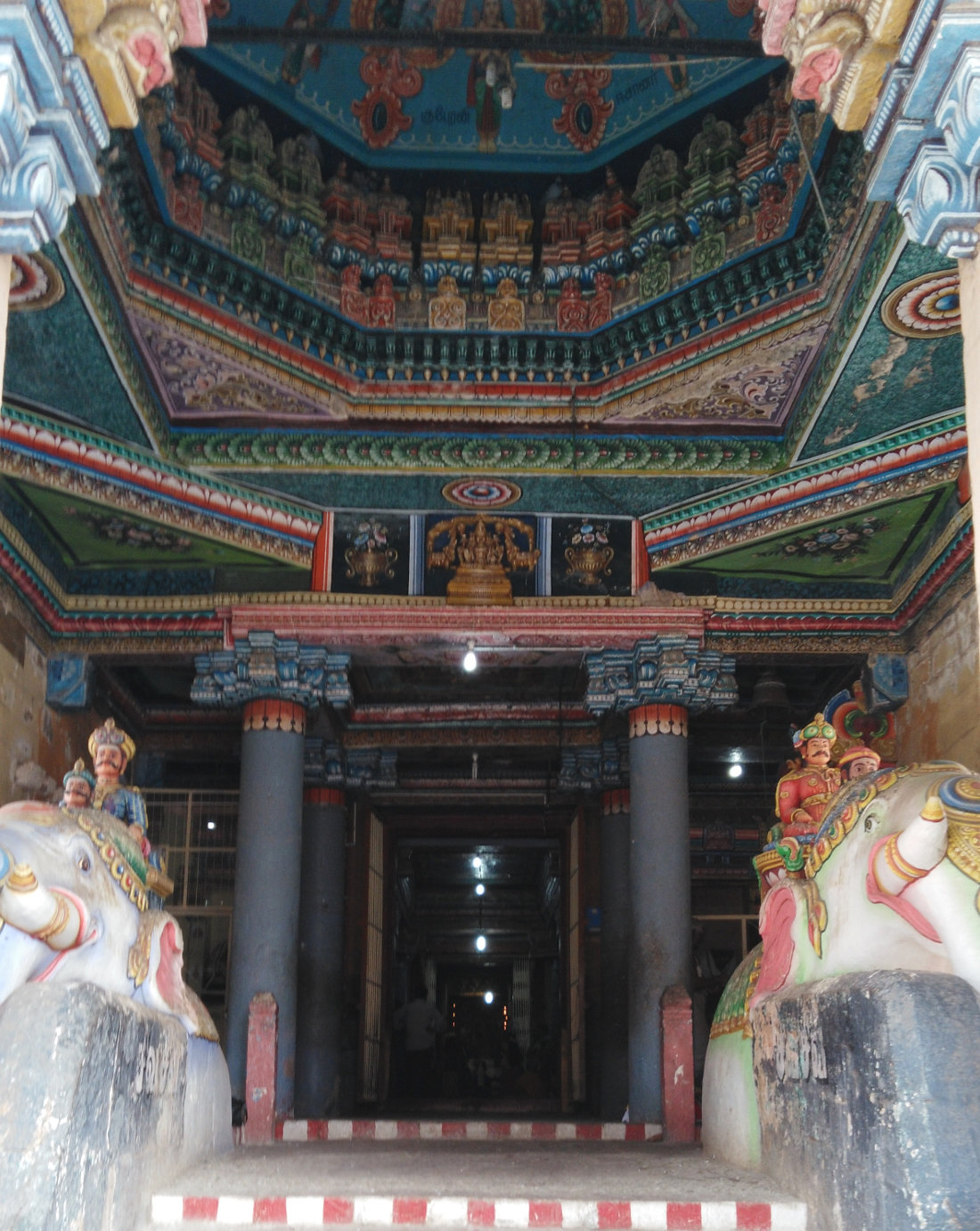 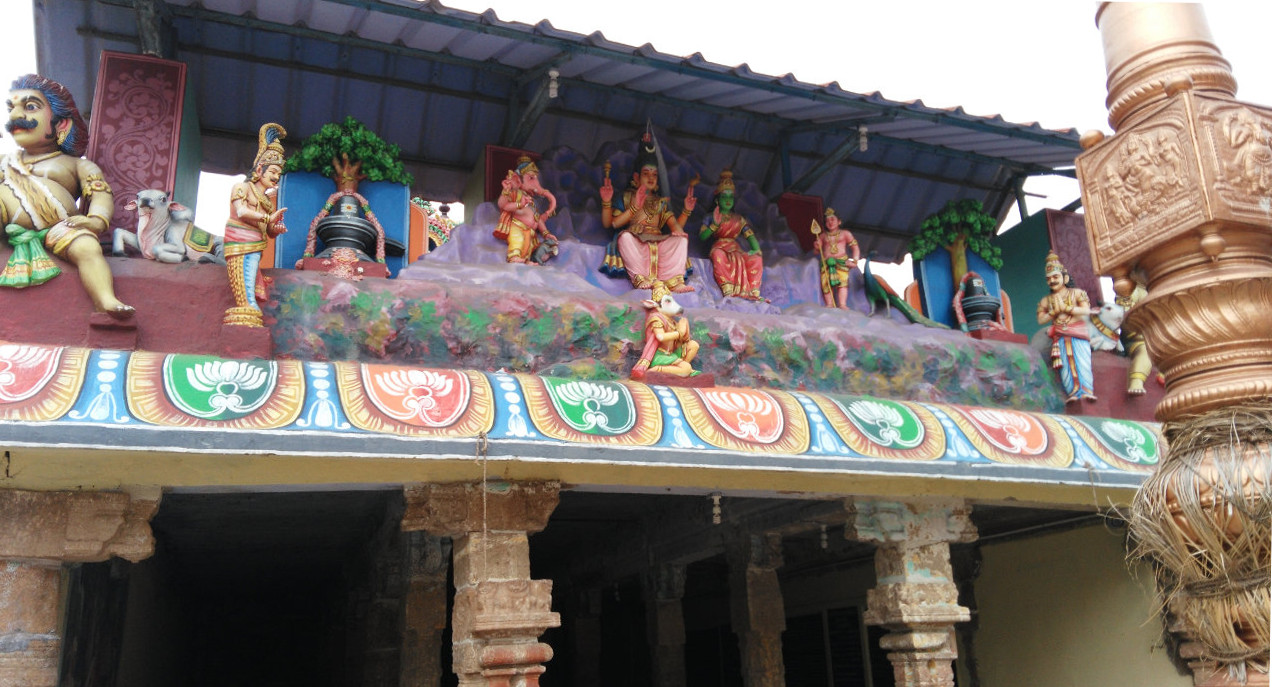 Saint Thirunavukarasar (Appar) visited this temple and sang this Pathigam.