Thirumalpur is at a distance of about 14 kms from Kanchipuram on the Kanchipuram to Arakkonam route. There is a Railway Station at Thirumalpur. The temple is 5 kms away from this railway station.

From Thiruvallur it is about 40 kms.

This ancient temple is located on the banks of Virudhasheera river (Palaru) and is said to be more than 1500 years old. The temple is said to have been built by King Paranthaka Chola-I. 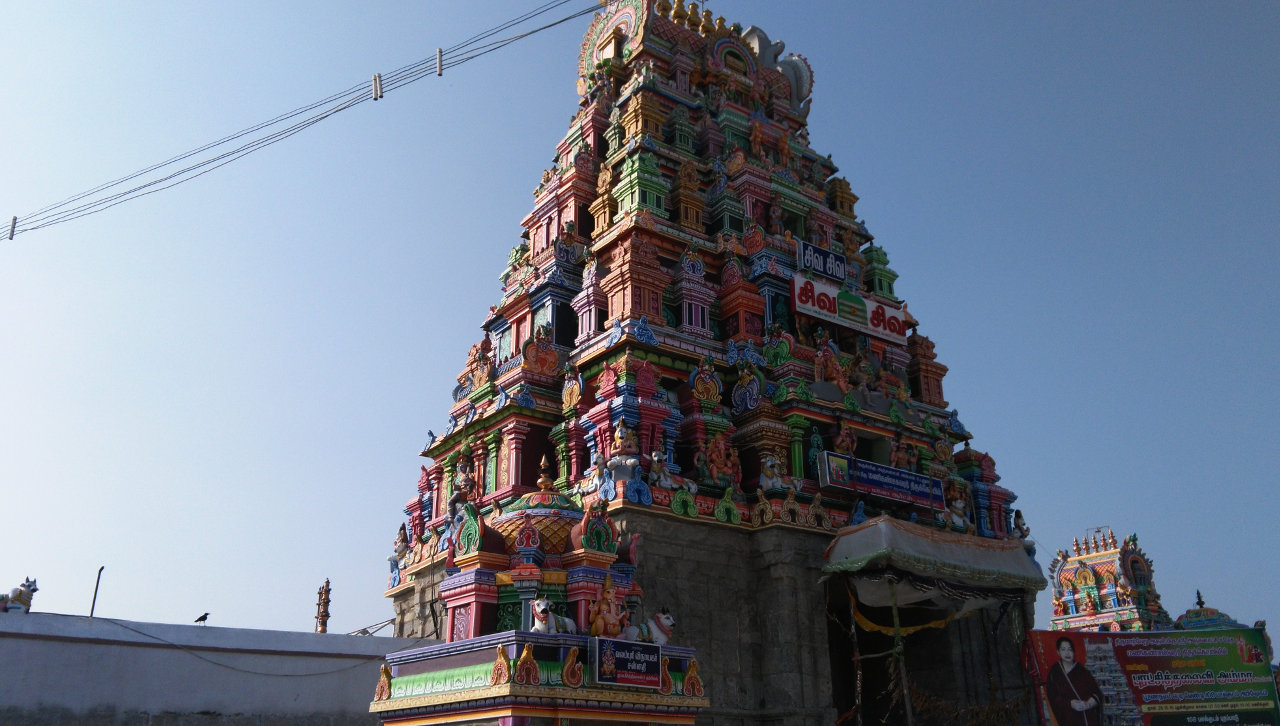 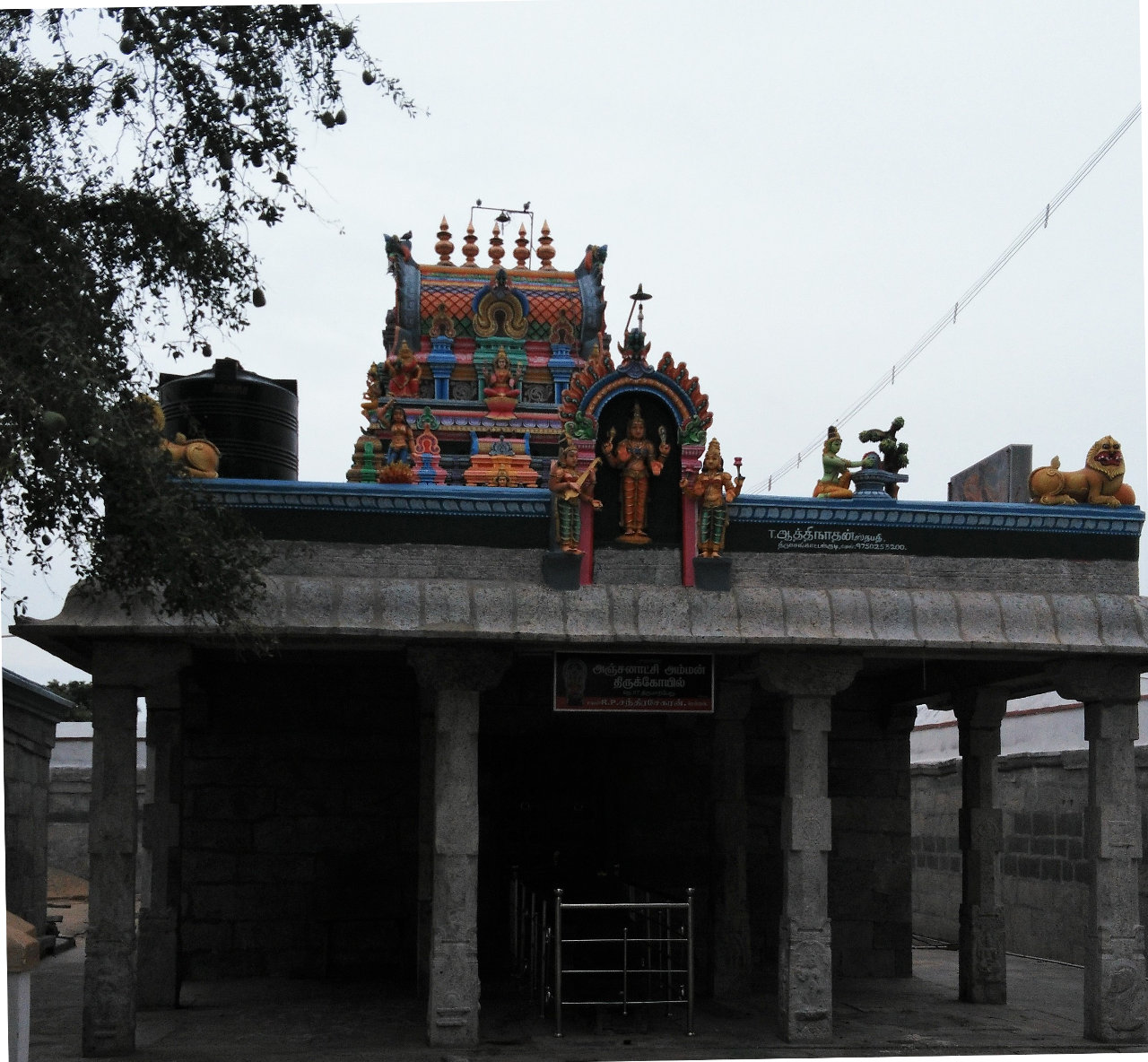 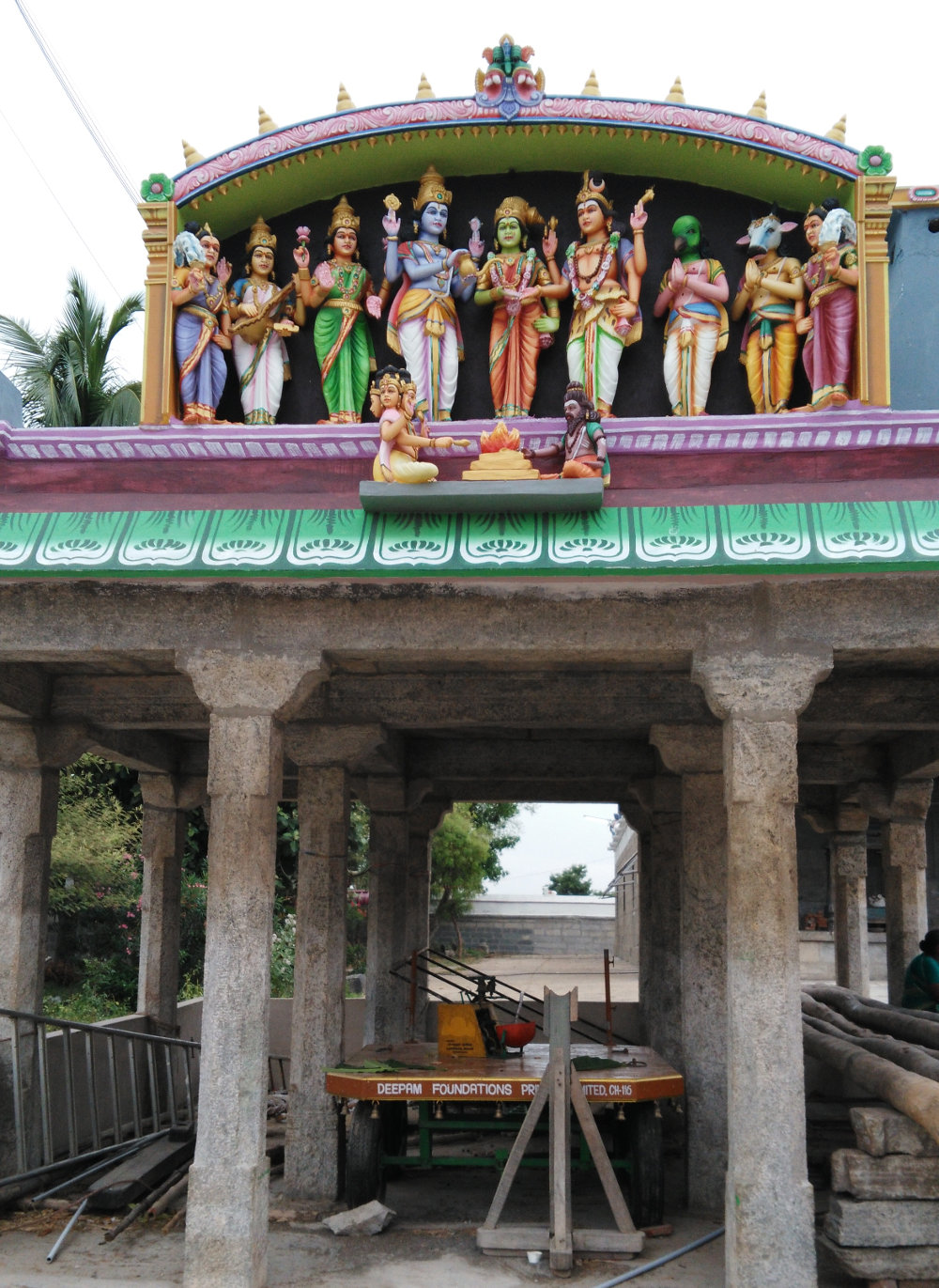 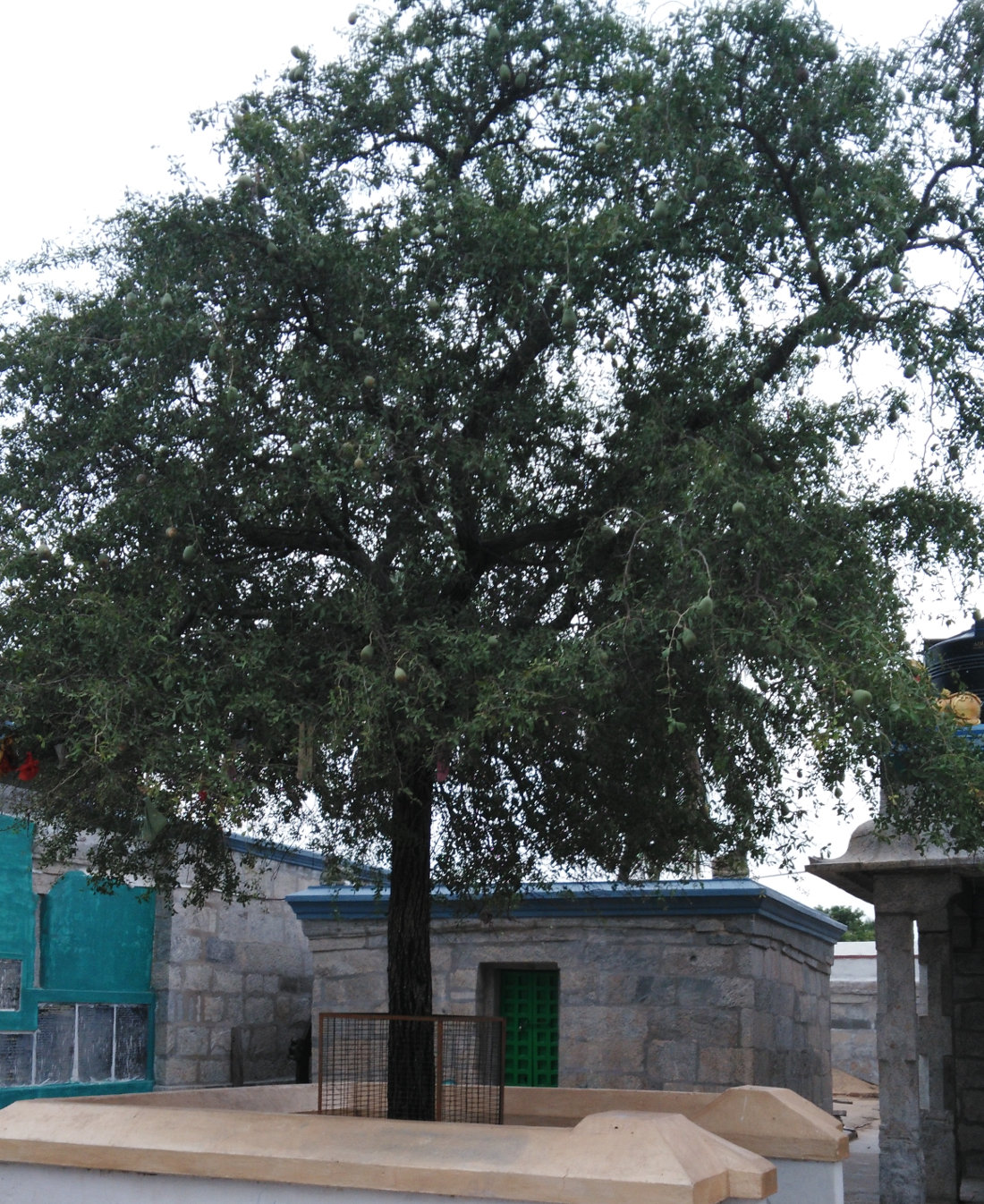 The legend is that once, when Goddess Parvathi was playing with her husband, Lord Shiva, she inadvertently covered his eyes with her hands. She soon realized that because of this act, all living beings in the world had come to a standstill. She immediately removed her hands.

To repent for the hardships caused due to her action and to seek absolution for her sins, she decided to come to earth, make a lingam with sand, install it on the banks of Viruthasheera river and start offering her prayers there. It is believed that once, while she was offering her prayers, the river started overflowing.  To safeguard the lingam, she hugged it and prayed to her brother Mahavishnu for help. He immediately took his reclining form “Ranganathar” and acted as a dam to divert the flood. It is believed that this lingam is the moolavar in the sanctum of this temple. The place where Ranganathar diverted the river is called Thiruparkadal. It is near this temple and there is a separate shrine for Lord Mahavishnu there.

Another legend is that Lord Mahavishnu is said to have been blessed with his “Discus” (Chakrayudam) upon worshipping Lord Shiva in this temple. It is believed that in his battle against Sage Thutheesi, Lord Mahavishnu had used his discus (Chakrayudam). When the discus touched the sage’s body, it lost its sharpness and became defunct. Worried, Lord Mahavishnu consulted with the celestial gods (Devas) who advised him that Lord Shiva had the “Sudharsana Chakram” (discus) which he had created to destroy demon Chalandaran.

Lord Mahavishnu came to this place (Thirumalpur) and worshipped Lord Shiva here every day by making an offering of a thousand lotus flowers. To test the determination of Lord Vishnu, it is believed that Lord Shiva caused shortage of one flower. To make up for this shortage, Lord Vishnu immediately plucked one of his eyes out and offered it along with the flowers. Pleased by his determination, Lord Shiva restored Lord Mahavishnu’s eye and blessed him by saying that “since you offered your eye in place of a lotus flower, your eyes will have the beauty of the lotus flower itself and you will be praised as “Padumashan”. Lord Shiva also blessed him with the “Sudharsana Chakram”.

Lord Mahavishnu requested Lord Shiva that the devotees who offer their prayers here to be given the benefits of having worshiped all Shiva temples in the world.  He also prayed that the devotees who visit the lord here may be granted salvation. Acceeding to Lord Mahavishnu’s request, Lord Shiva informed him that whoever chants his 1000 names or at least chants his eight names (Theentachivanthar, Sadarubar, Manikandar, Dayanithiyar, Pavalamalaiyar, Vattanthavirthar and Sakisanar), would be granted salvation.

Another interesting aspect in this temple is that Adhikara Nandhi’s idol is in standing posture with a monkey’s face. It is believed that one day Ravana came to this temple to pray to Lord Shiva and entered the sanctum without Adhikara Nandhi’s permission. When he returned after his prayers, Nandhi told him that he should have obtained his permission before entering into the sanctum. Angered, Ravana told Adhikara Nandhi that being an ardent devotee of Lord Shiva and having been blessed by the lord himself, he did not need anyone’s permission to enter the sanctum santorum. He also cursed the Nandhi to have monkey’s face. In retaliation, Nandhi cursed him that he would be destroyed by a monkey.

It is also believed that Moon God (Chandran) had also worshiped Lord Shiva of this temple. 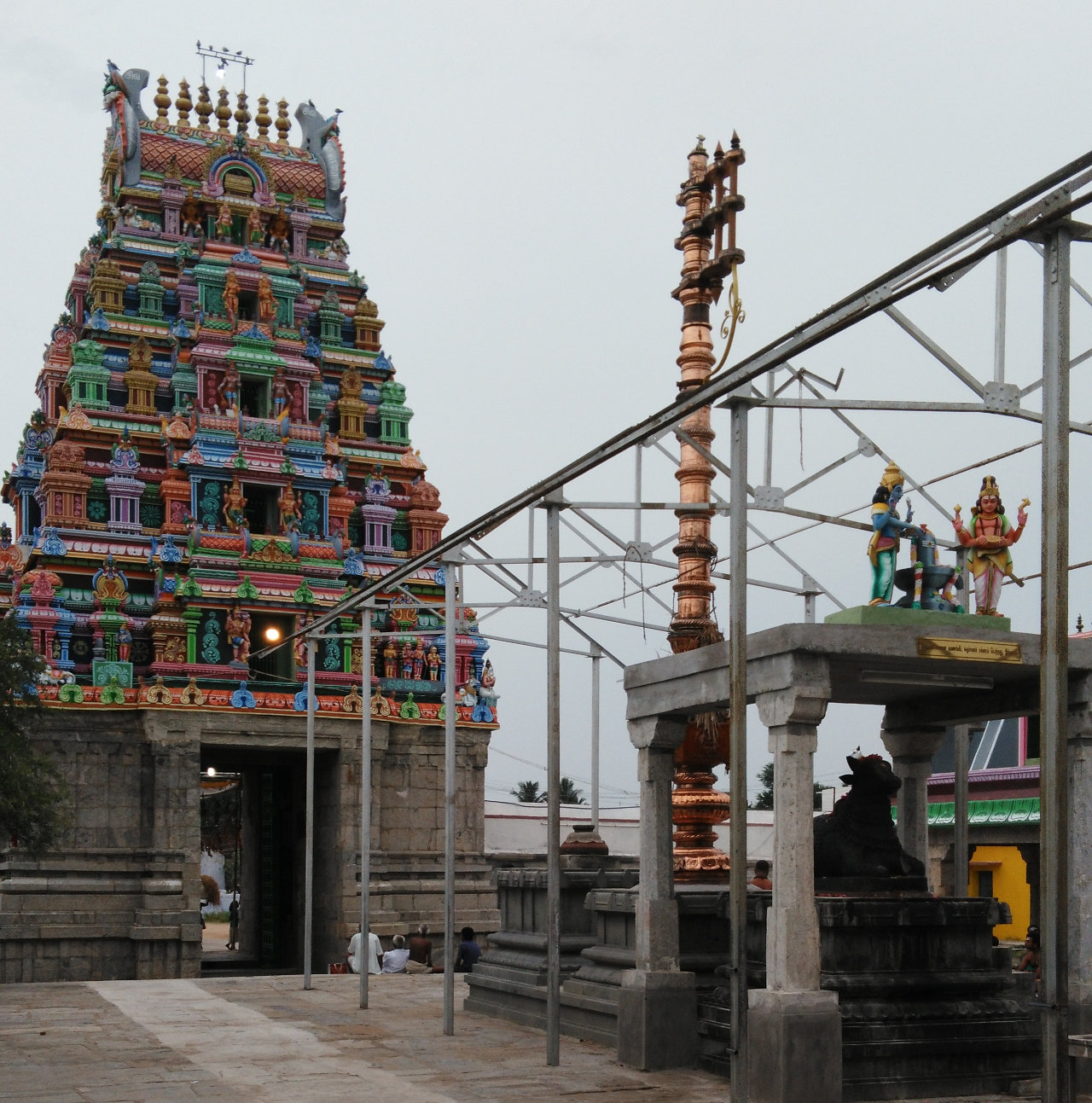 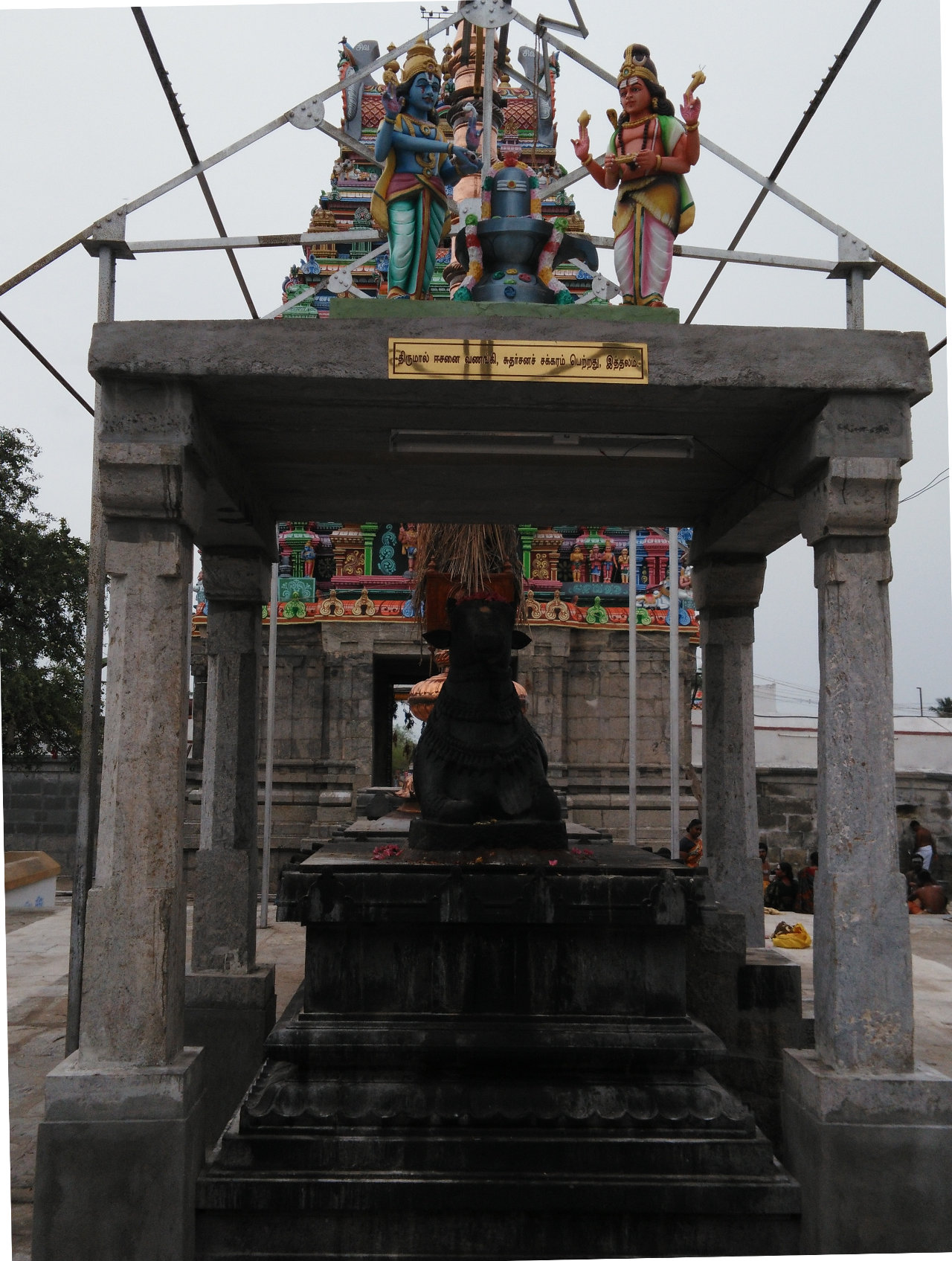 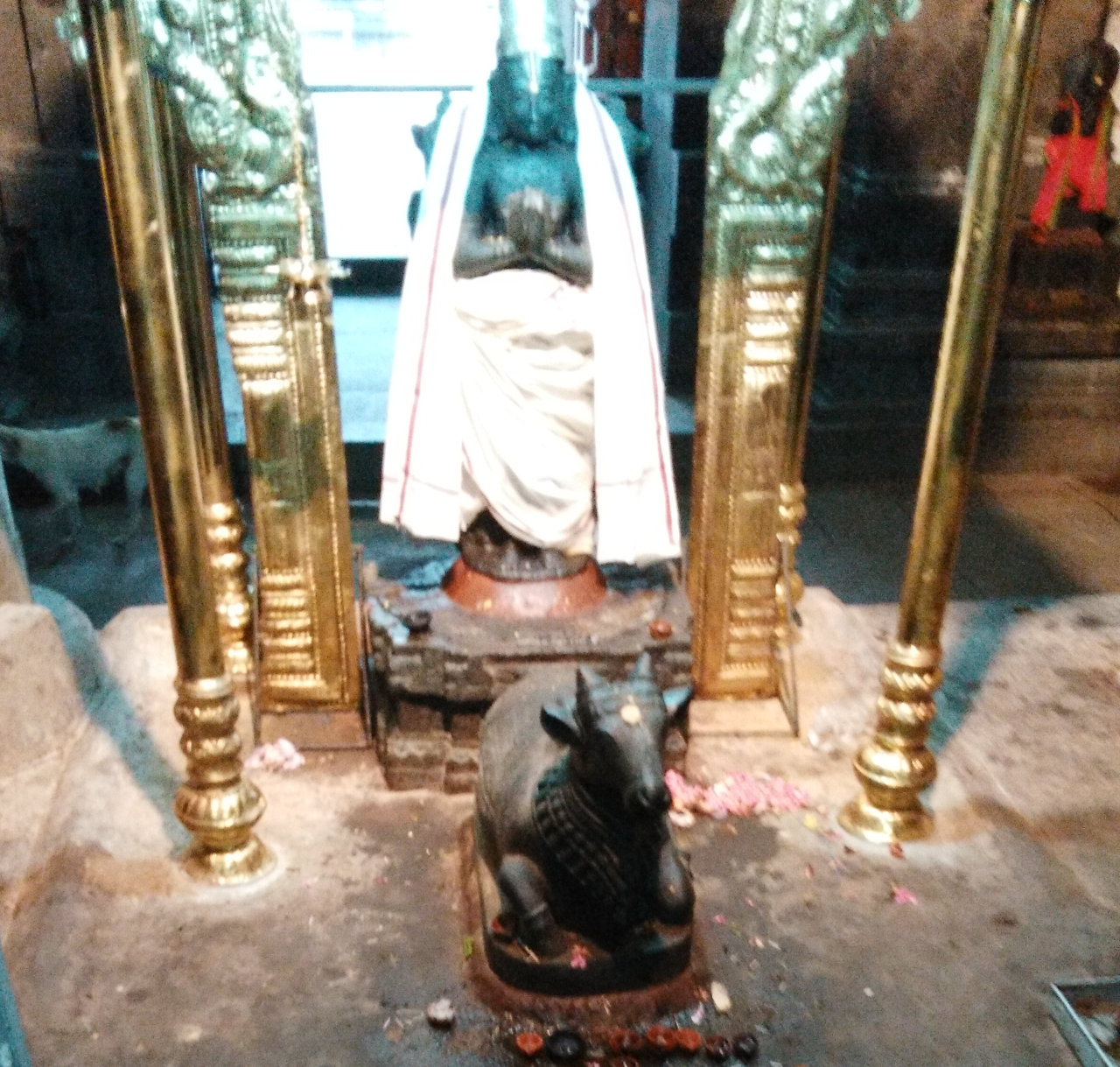 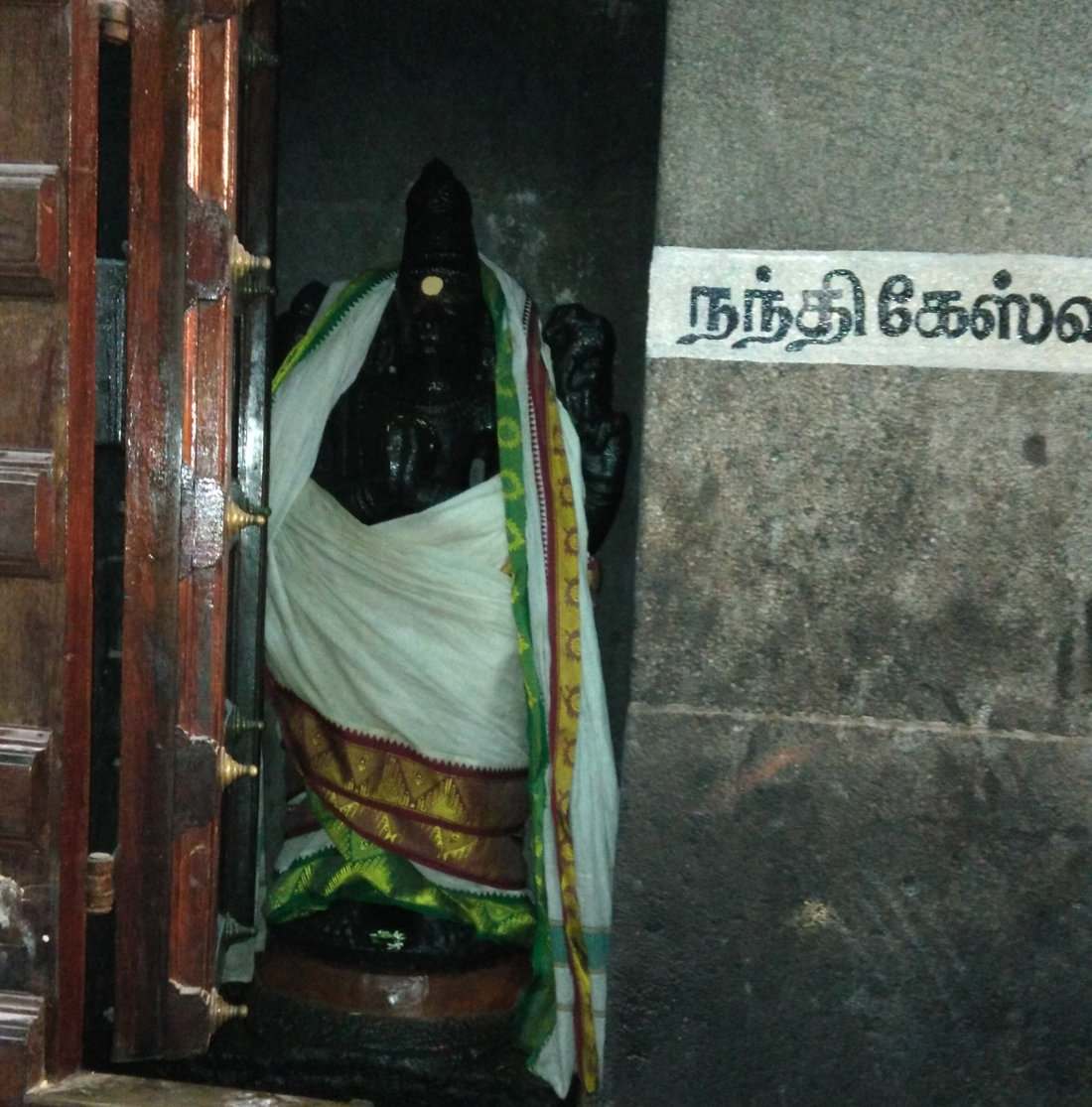 Lord Mahavishnu is present in this temple as “Senthamarai Kanna Perumal”. His idol can be seen worshipping Lord Shiva.

Although this is a Shiva temple, since Lord Mahavishnu is believed to have worshipped Lord Shiva here, many Vaishnava traditions are also followed in this temple. Devotees are given holi theertham along with the sacred ash (Viputhi). They are also blessed with “Chatari”. Another interesting aspect is that “Garuda Seva” is observed in this temple during the Brahmotsavam festival.

The procession idol (Utsava Murthy) of Lord Mahavishnu is with a lotus flower in one hand and an eye in the other hand.

It is believed that devotees who pray to Lord Shiva here would have no threats from enemies and will also see favourable outcome in litigation cases. It is also believed that by worshiping the lord here, devotees can seek salvation.

10-day Brahmotsavam in the Tamil month of Masi (February-March) is celebrated in a grand manner. During this festival, Theerthavari dedicated to Lord Shiva and Garuda Seva dedicated to Lord Mahavishnu are observed. 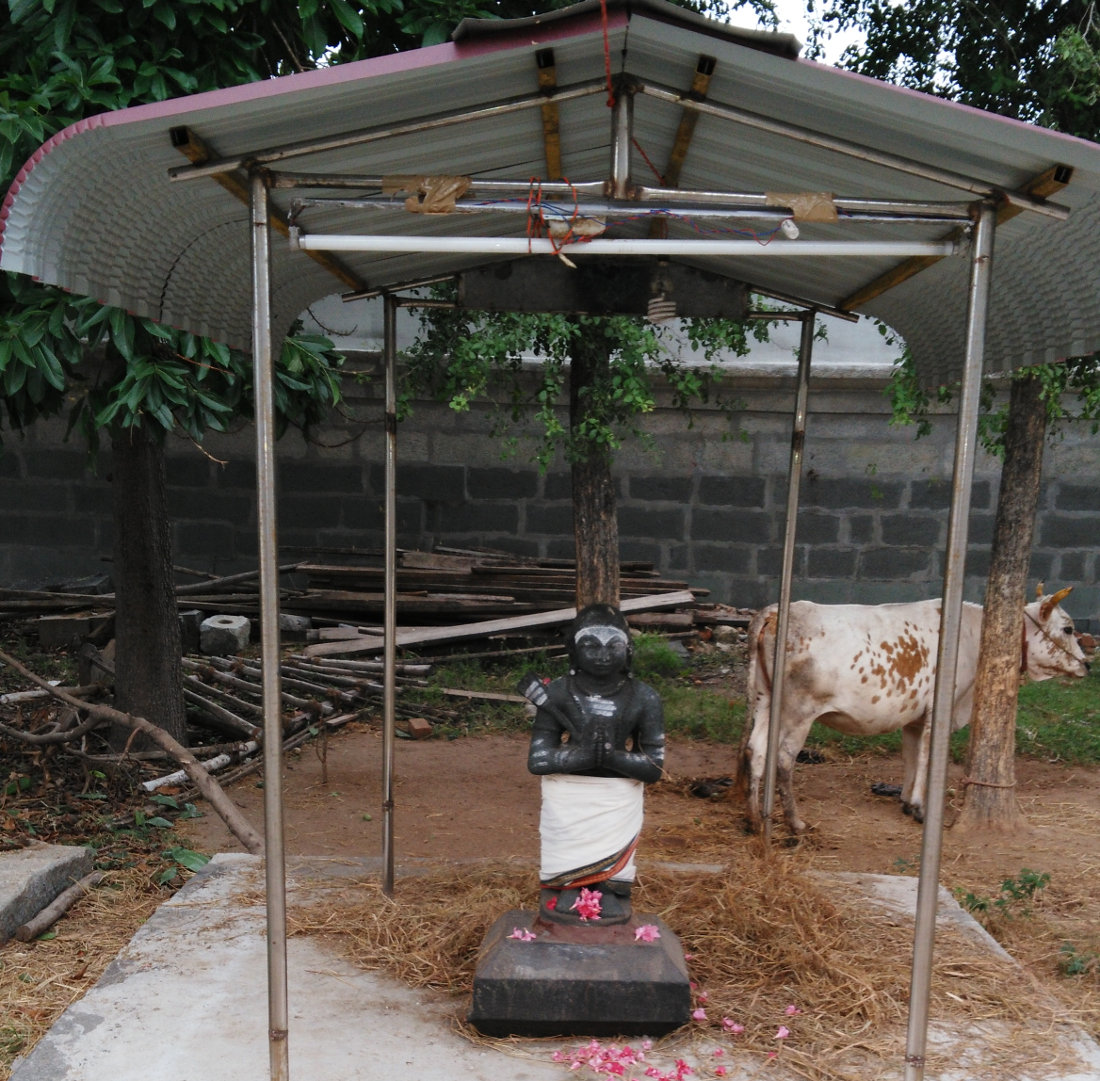