Thalaignayiru (Thiru Karuppariyalur) is situated at a distance of about 9 kms from Vaitheeswarankoil on the Vaitheeswarankoil to Manalmedu route. The temple is about one kilometre away from the main road. From Mayiladuthurai, it is about 12 kms.

There are 12 stone inscriptions in this temple which date back to the periods of Chola kings Kulothungan-III, Konerikondan and Thiribuvana Chakravarthy Rajarajan and Vijayanagara king Pratapakrishna Devarayar.

This temple is under the administrative control of Dharumapuram Adheenam.

However, this temple is presently in a very bad state. The main tower as well as the towers in the sanctum are in ruins and are covered with a lot of weeds and plants. Even the compound walls and shrines are in a dilapidated condition. 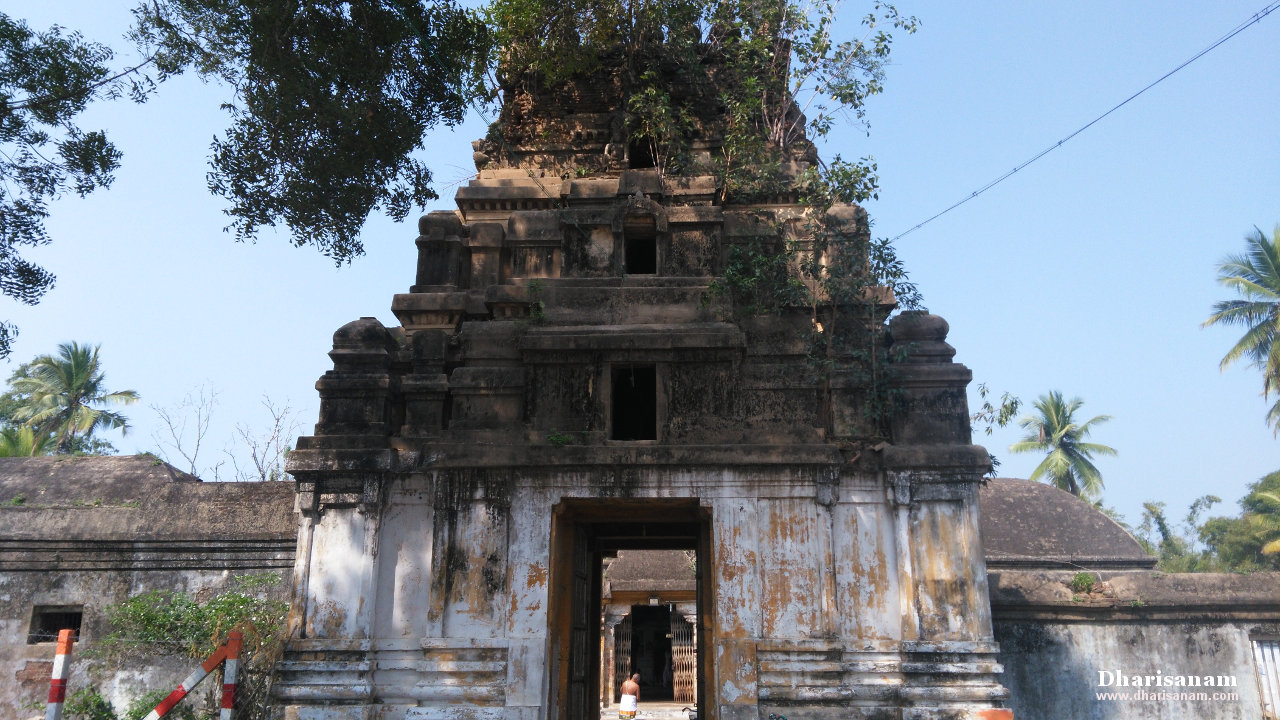 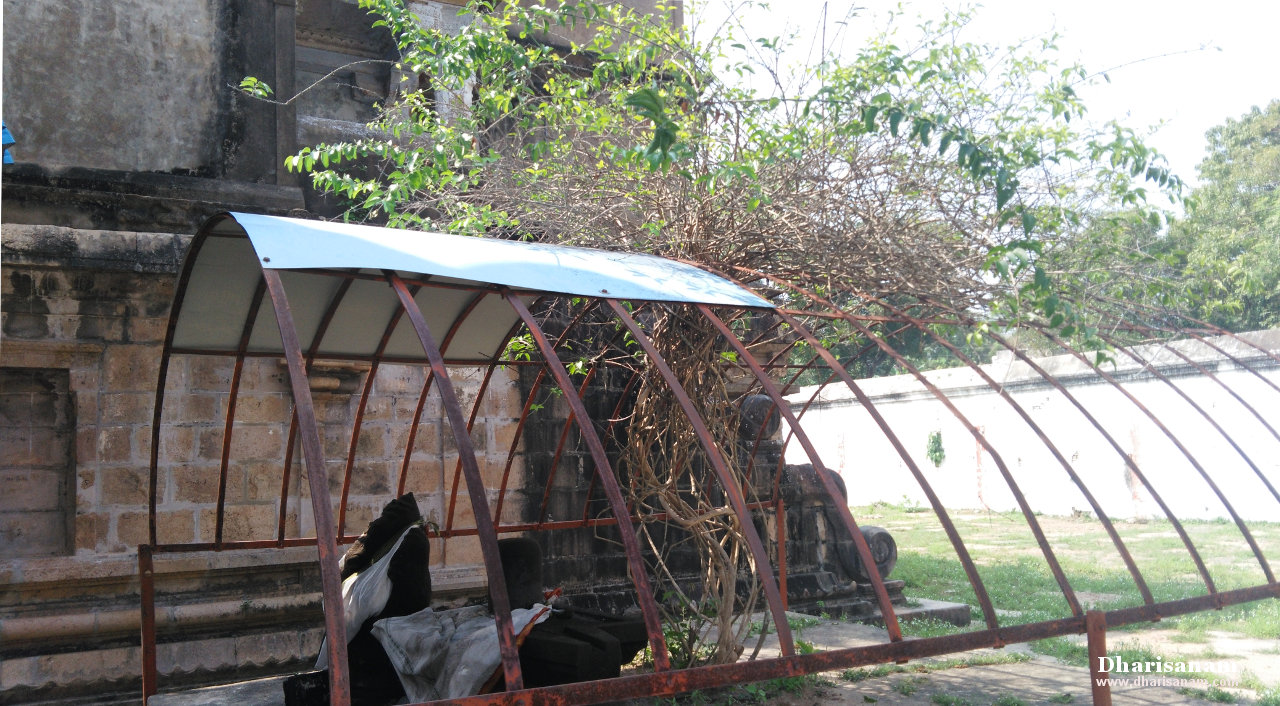 As per the Sthala Puranam, once Indra (the king of Devas) is believed to have visited Mount Kailash where Lord Shiva appeared before him as a “bhoothaganam”. Without knowing that this was Lord Shiva, Indra attacked him with his Vajrayutham. When he realised his mistake, he came to this place to seek forgiveness. Lord Shiva forgave him for his hasty act of aggression. Hence the lord is praised as Sri Aparadha Kshameswarar (“Kutram Porutha Nathar” in Tamil) and this place gets the name Karma Naasa Puram.

It is believed that Lord Ram, Sita and others returned to Rameswaram after the war with Ravana. Ram wanted to worship Lord Shiva to get relief from the sins accrued by killing the demons. He asked Hanuman to go to Ayodhya and bring his Shiva idol for worship. However, Hanuman got delayed in bringing the lingam. In the meantime, Sage Agasthiyar advised Sita to prepare a lingam with sand and asked Ram to perform his prayers. When Hanuman reached Rameswaram, he apologised for the delay. The lingam that he brought was installed by Ram in another place in Rameswaram.

Anjaneyar wanted to take the sand lingam that had been made by Sita and worshiped by Ram with him. He tried to uproot it with his tail but failed to move the lingam. Also, in this process, his tail got cut and he lost his strength. He then realised the sin (“Shiva aparadam”) that he was trying to commit by removing the Shivalingam from its place.

It is believed that Lord Ram advised Hanuman to go for a pilgrimage and visit a few Shiva temples to seek relief. This temple is one of the places where Hanuman worshiped Lord Shiva. This is also the place where he was finally relived of his sin.

Another legend associated with this place is that of Meganathan, the son of Ravana. Meganathan is also known as Indrajit as he won against Lord Indra in a battle. Once, Indrajit was flying in his chariot (“Pushpaka Vimanam”) across the sky. At one point, his chariot was impeded and stopped in the sky. When he looked down he understood that he was flying over a Shiva temple. That was the reason why he could not move the chariot. Indrajit came down and worshiped the lord here after taking bath in the sacred Theertham. He also tried to shift this wonderful lingam to Lankapuri. But he could not move it and instead fell unconscious in the process. Ravana came to know about this incident and he pleaded to the lord to pardon his son. Lord Shiva forgave Indrajit and let him continue his travel. Hence, the lord of this place is also praised as “Kutram Porutha Nathar” (‘Kutram means mistake, “porutha” means to pardon and “nathar” refers to the lord in Tamil.

This is the first place where Suryan worshiped Lord Shiva. Hence this place gets the name “Thalai Gnayiru” (“Thalai” means first and “Gnayiru” means Suryan in Tamil). It is also called Adhithyapuri (“Adhi” meaning first and “puri” is place in Tamil).

As per the sthala puranam, King Vichithiraangan (from the Sindu kingdom) with his wife Suseelai visited many Shiva temples and worshipped the lord seeking child boon. It is believed that in this temple, they had blessed with a child and in gratitude the King constructed this temple.

Other than the shrines of Lord Shiva and Goddess Parvathy, shrines and idols of Siddhi Vinayagar, Murugan with his consorts, Mahalakshmi, Moovar and Uma Mamaheswarar can be seen in the corridors.

In the “koshtam” (place surrounding the sanctum sanctorum), idols of Narthana Vinayakar, Dakshinamurthy, Lingothbavar, Brahma and Durgai can be seen. The idols of Chandikeswarar with his wife Yamini are depicted in a seated posture.

There is an idol of Vinayakar along with a Shivalingam under the Sthala Viruksham (Mullai plant). 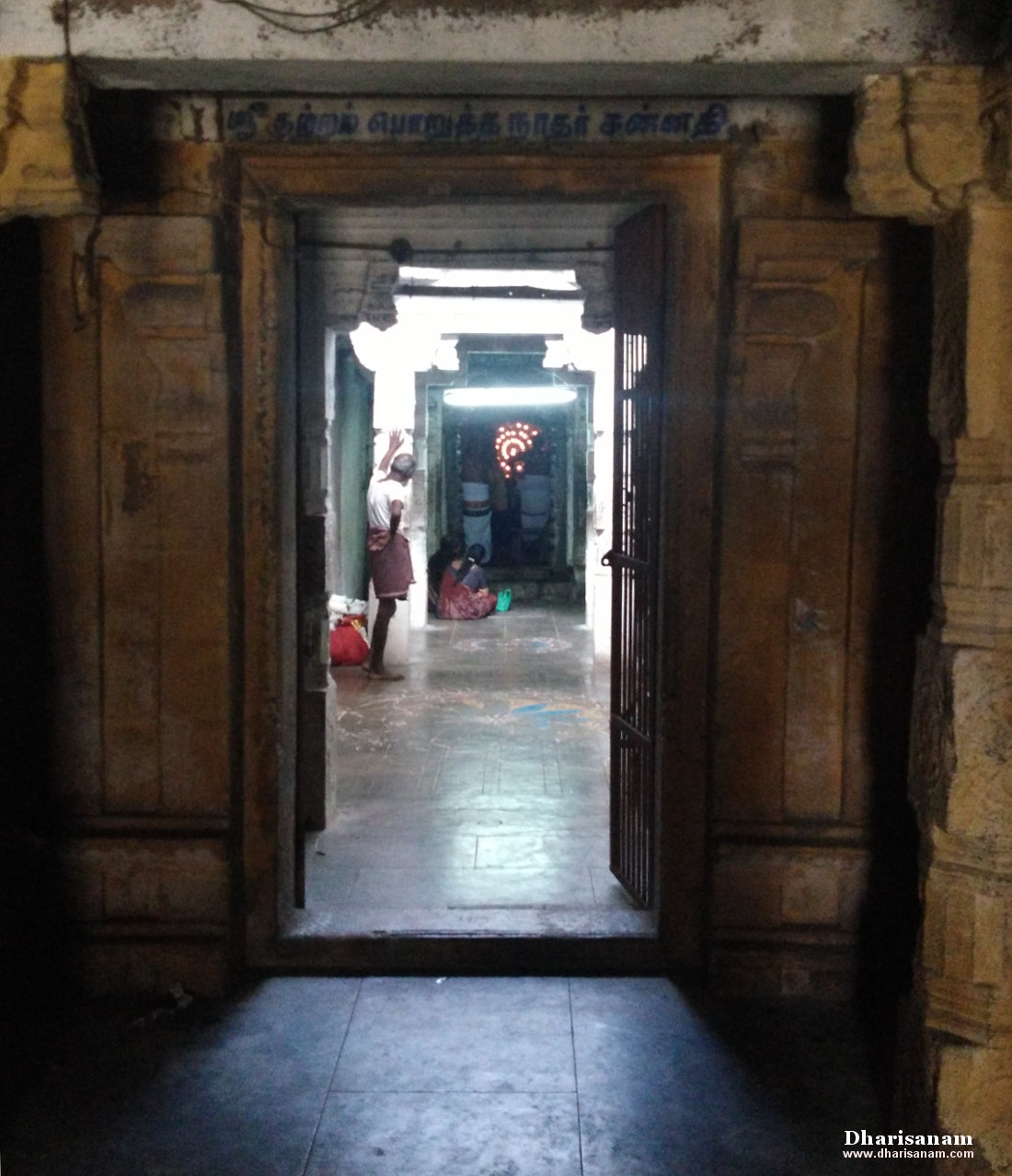 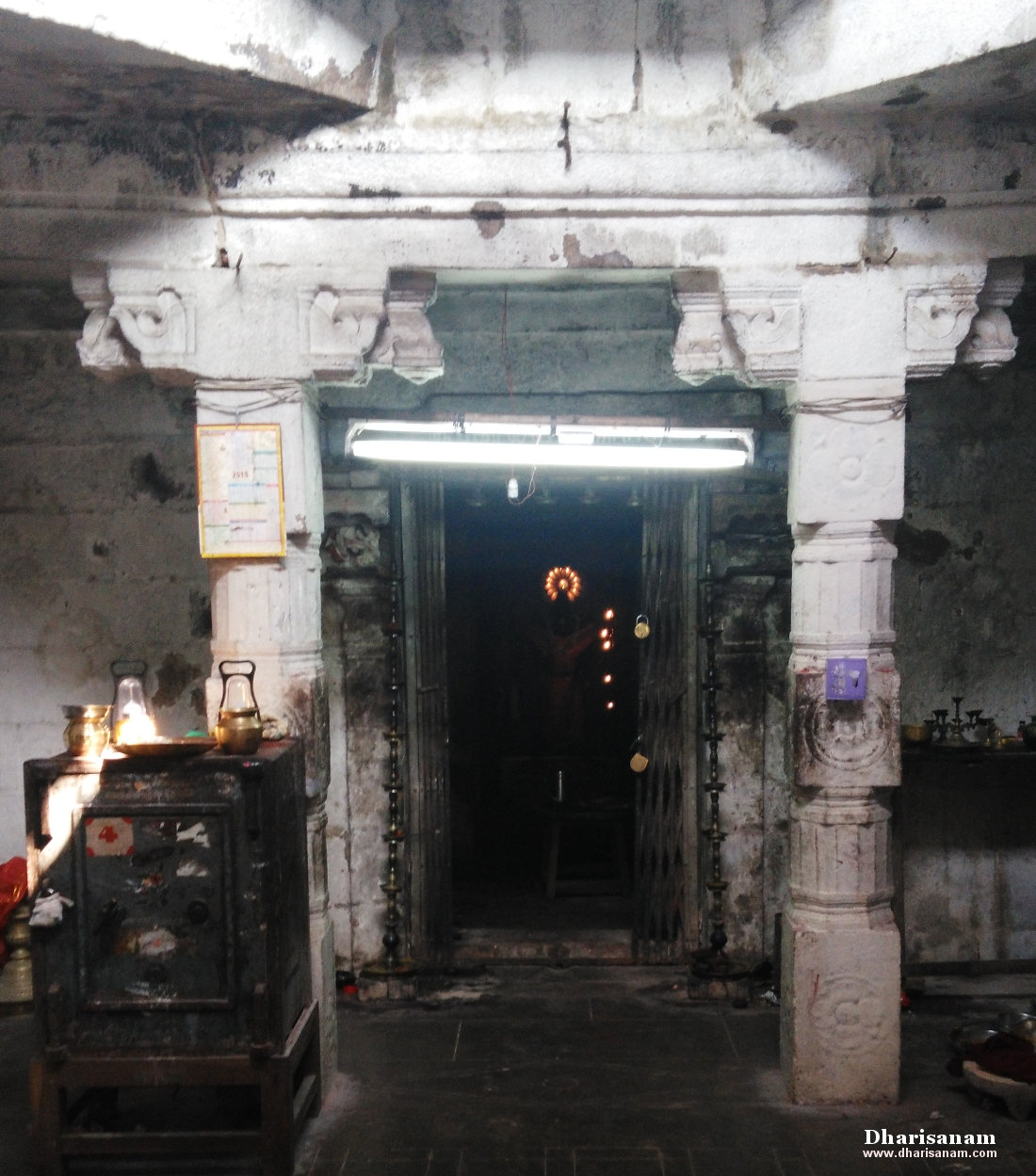 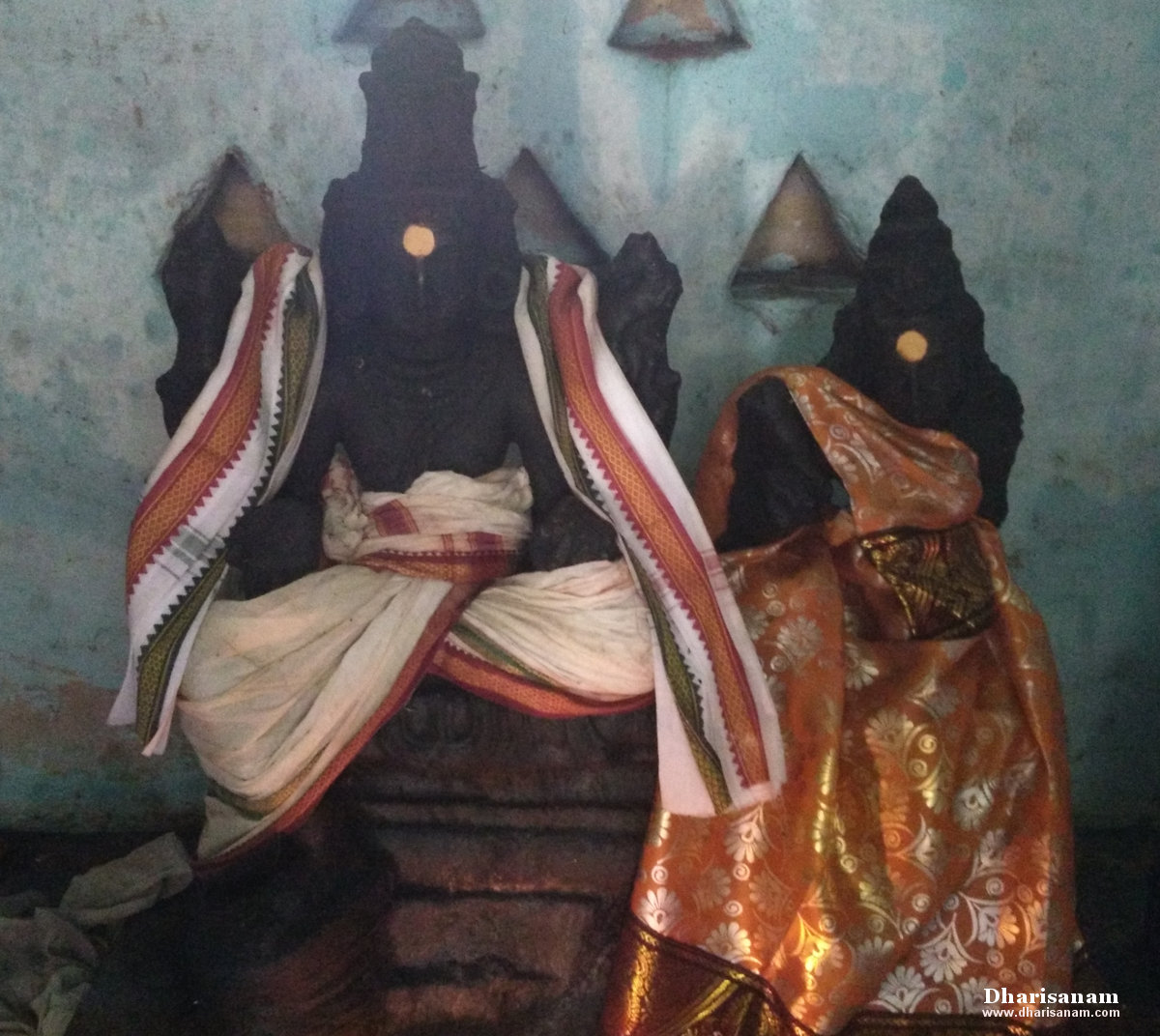 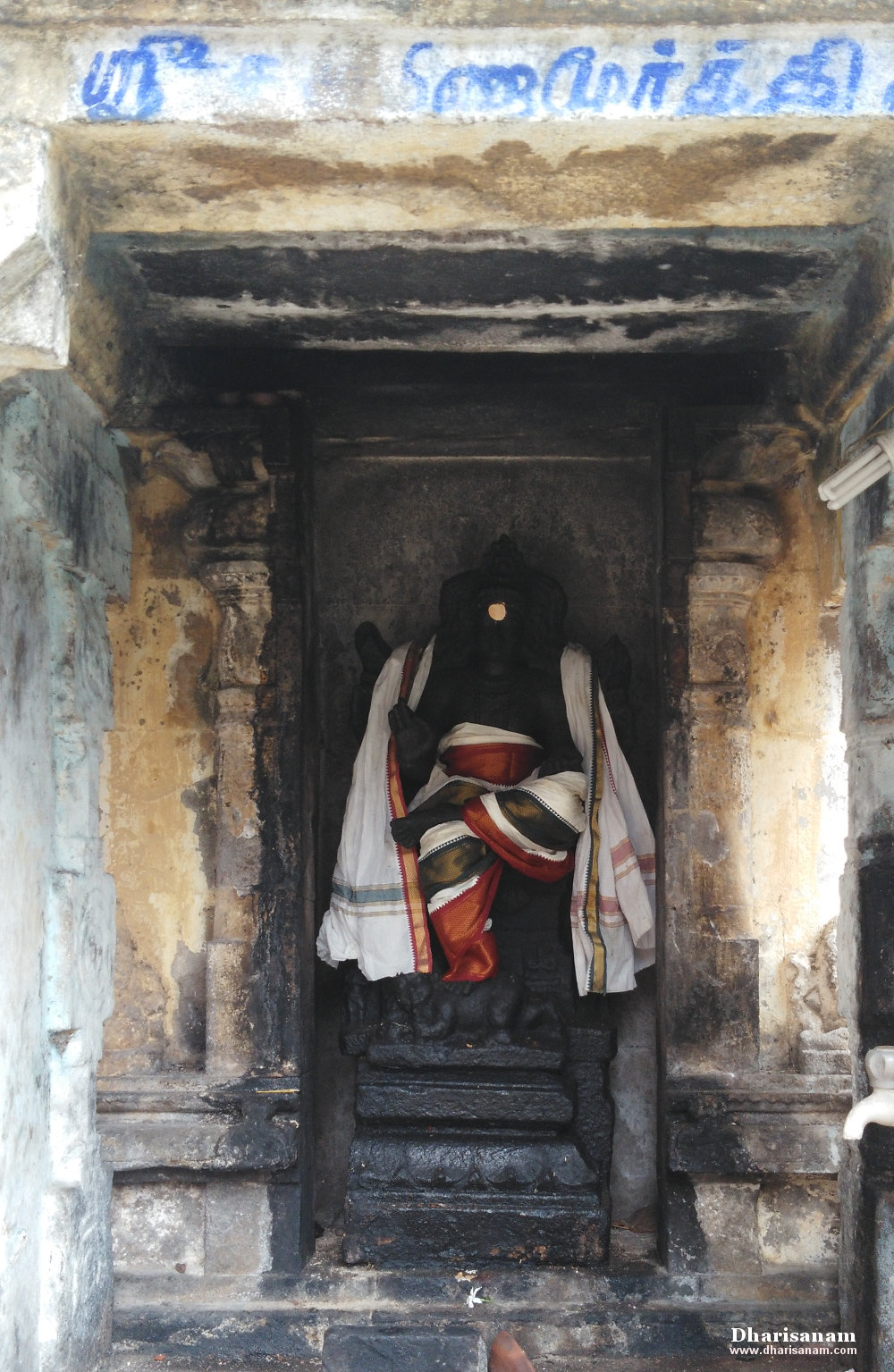 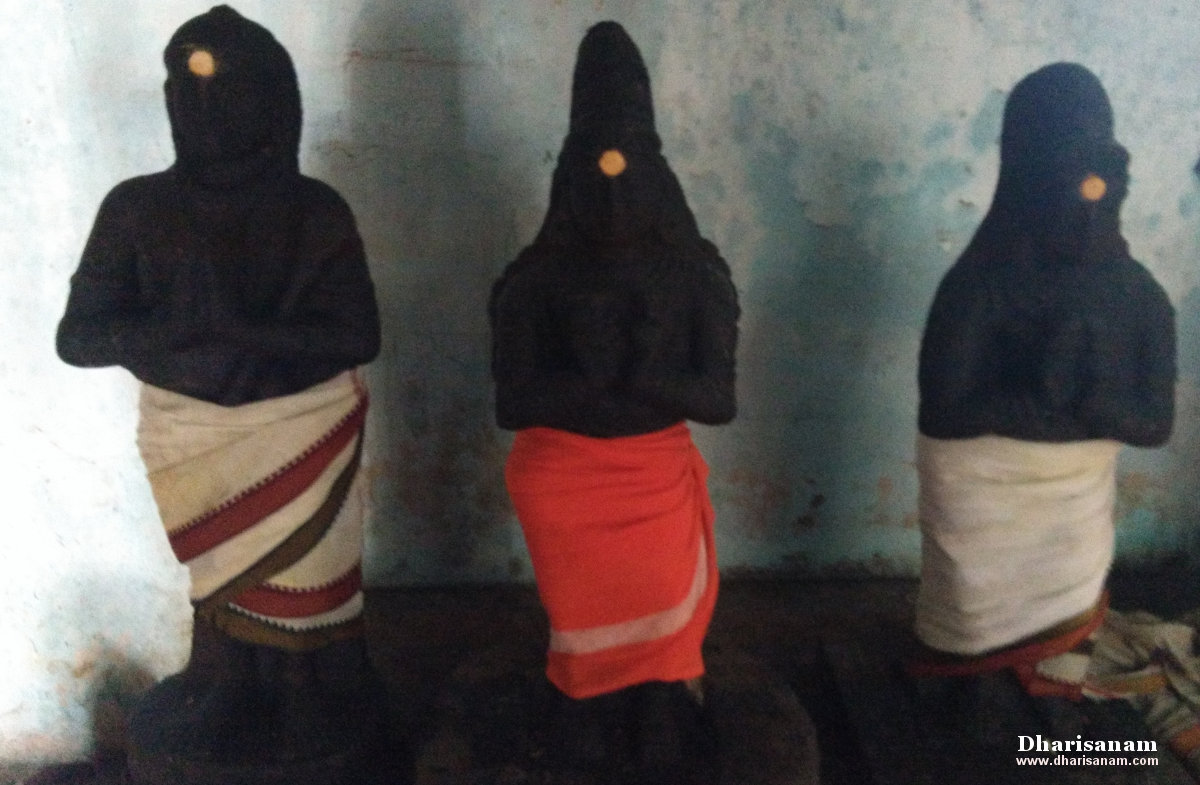 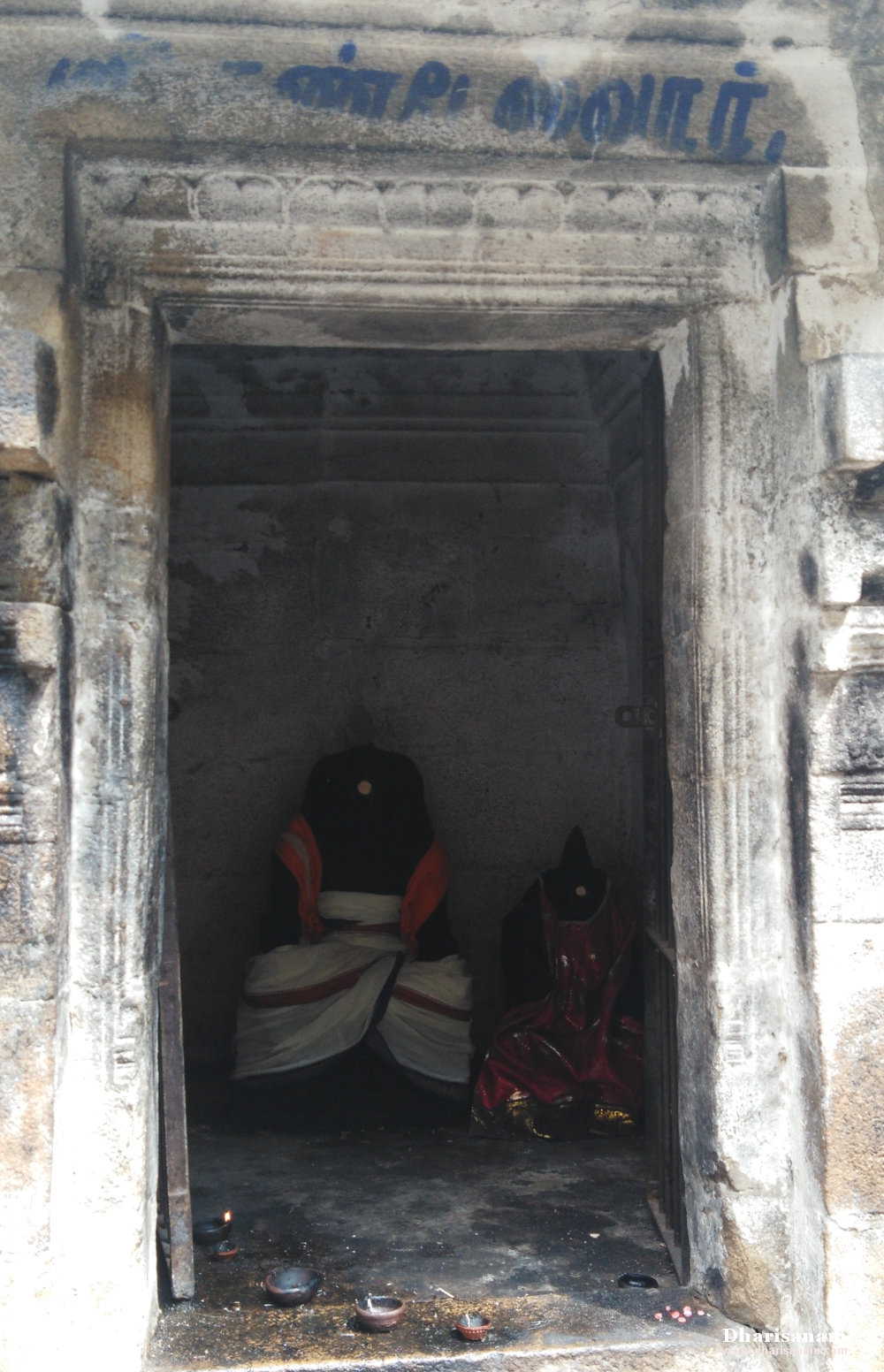 There is a hill temple (“Malaikkoil” in Tamil) with two floors inside this temple similar to the Sattainaathar temple at Sirkazhi. The ground floor houses the Moolavar. Lord Uma Maheswarar (Thoniyappar) and Lord Sattainaathar can be seen in the first and the second floor respectively.

Thoniyappar and the goddess are praised as Sri Garppa Gnaneswarar and Sri Garppa Gnana Parameswari here. As this temple is on the western side of Sirkazhi, this place also gets the name Mela Kaazhi (“Mela” meaning west). 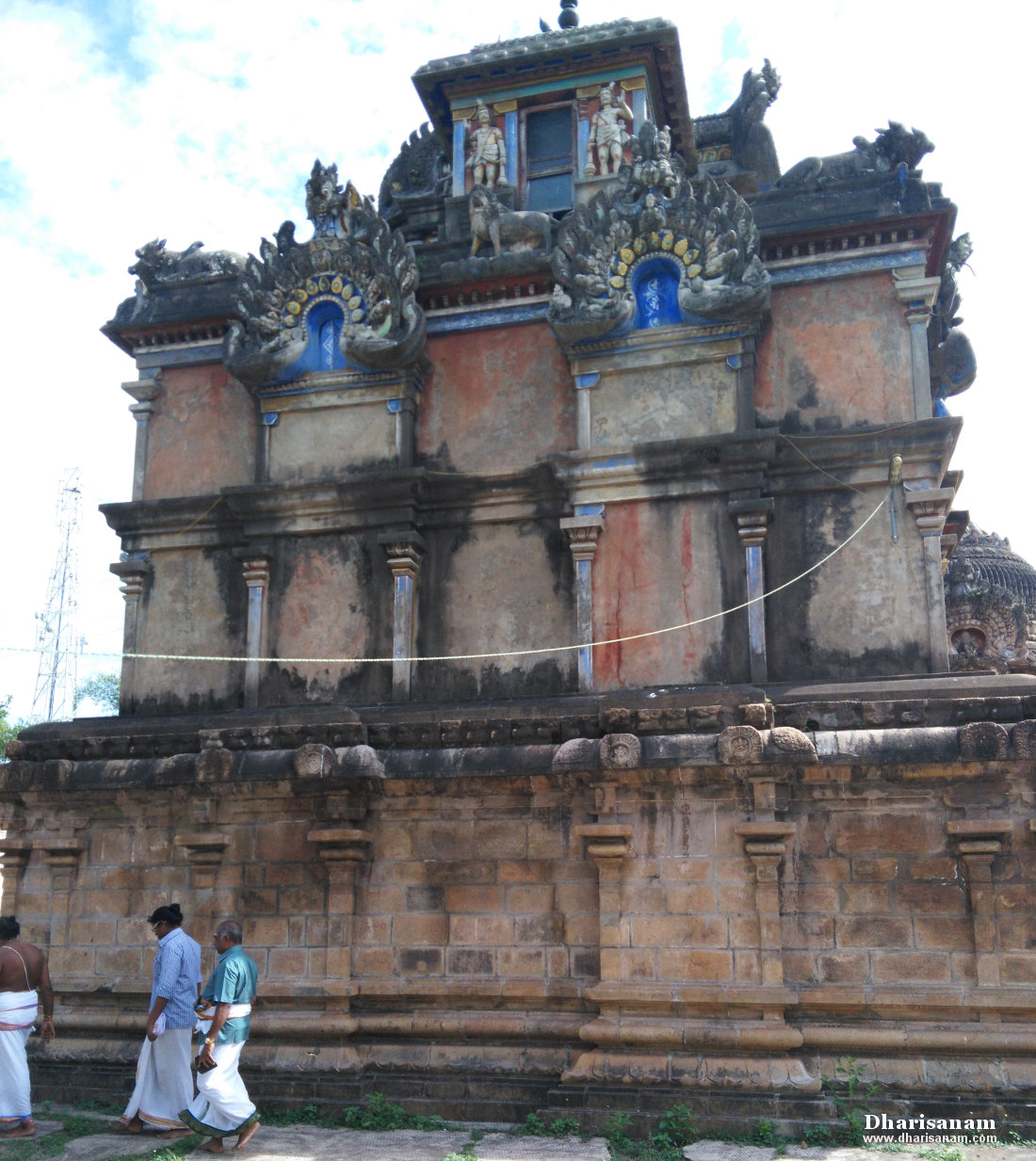 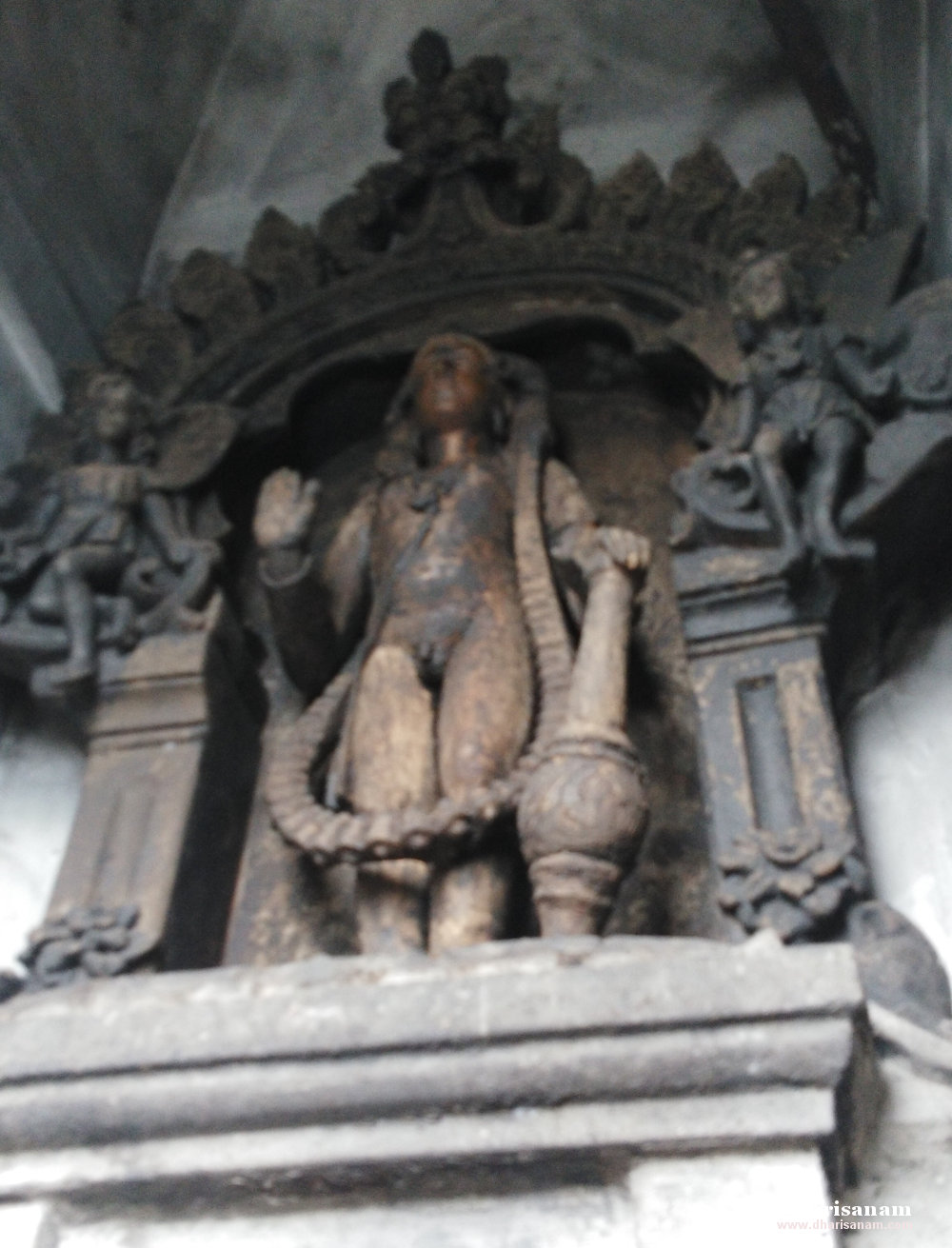 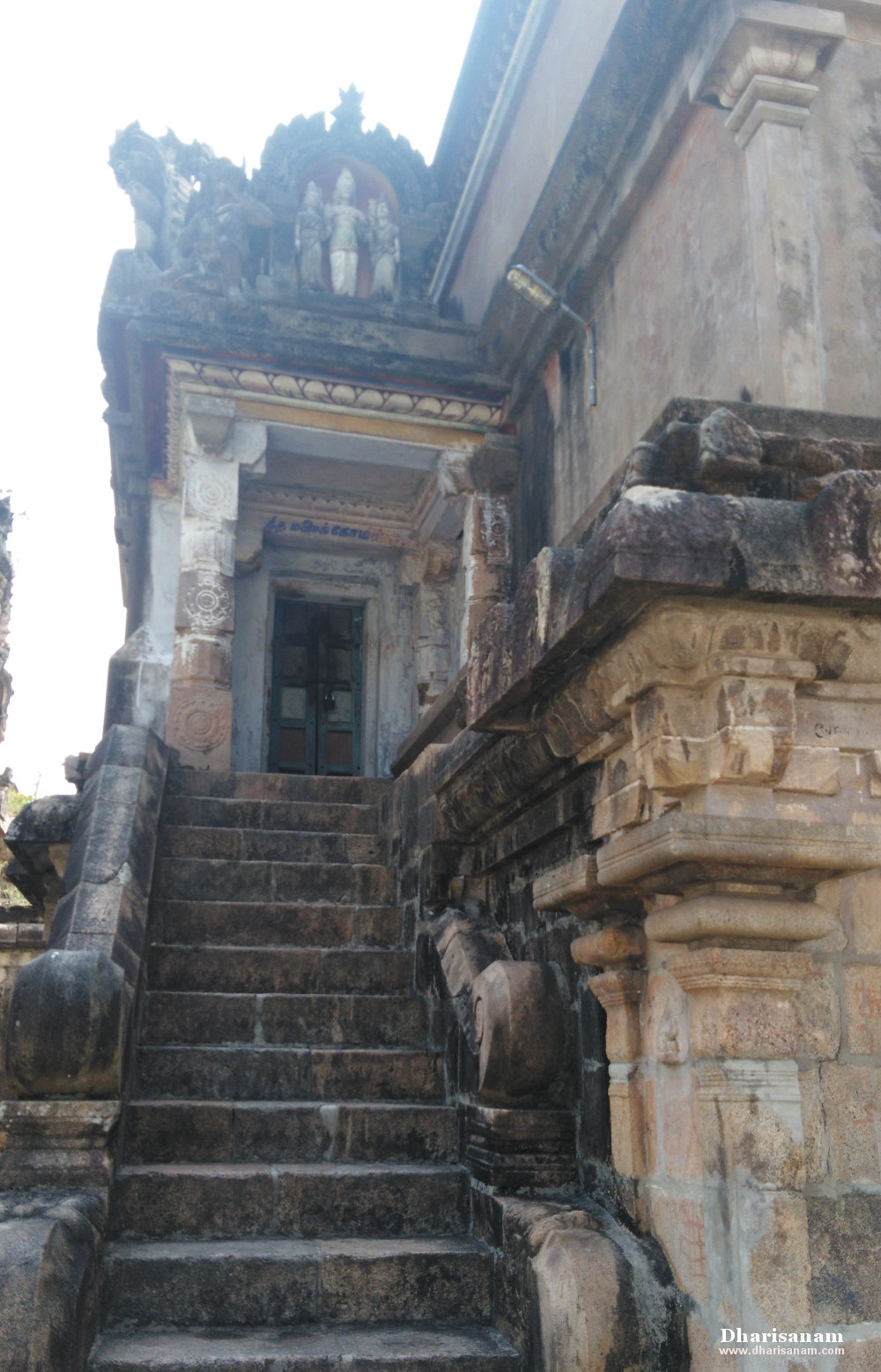 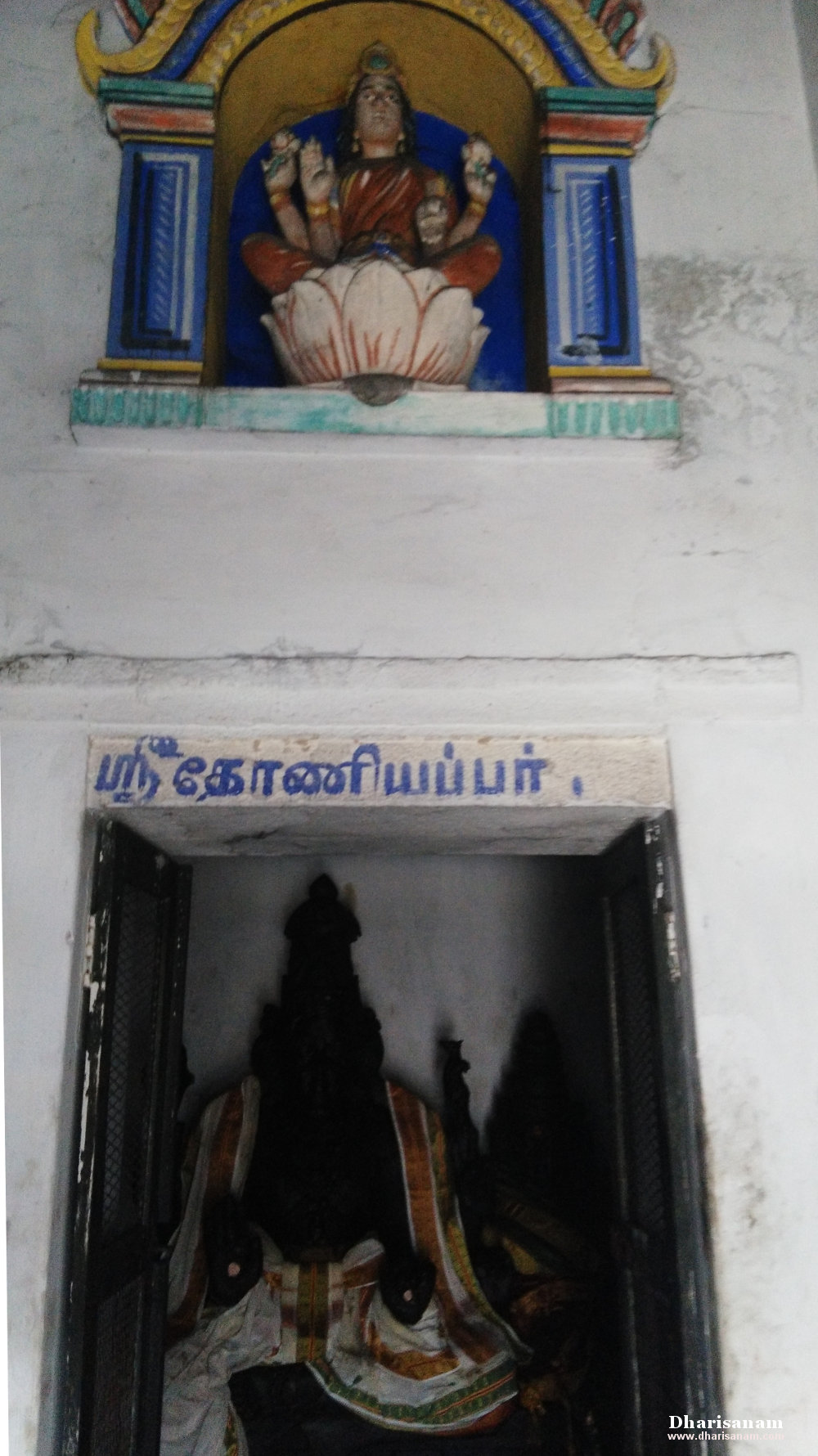 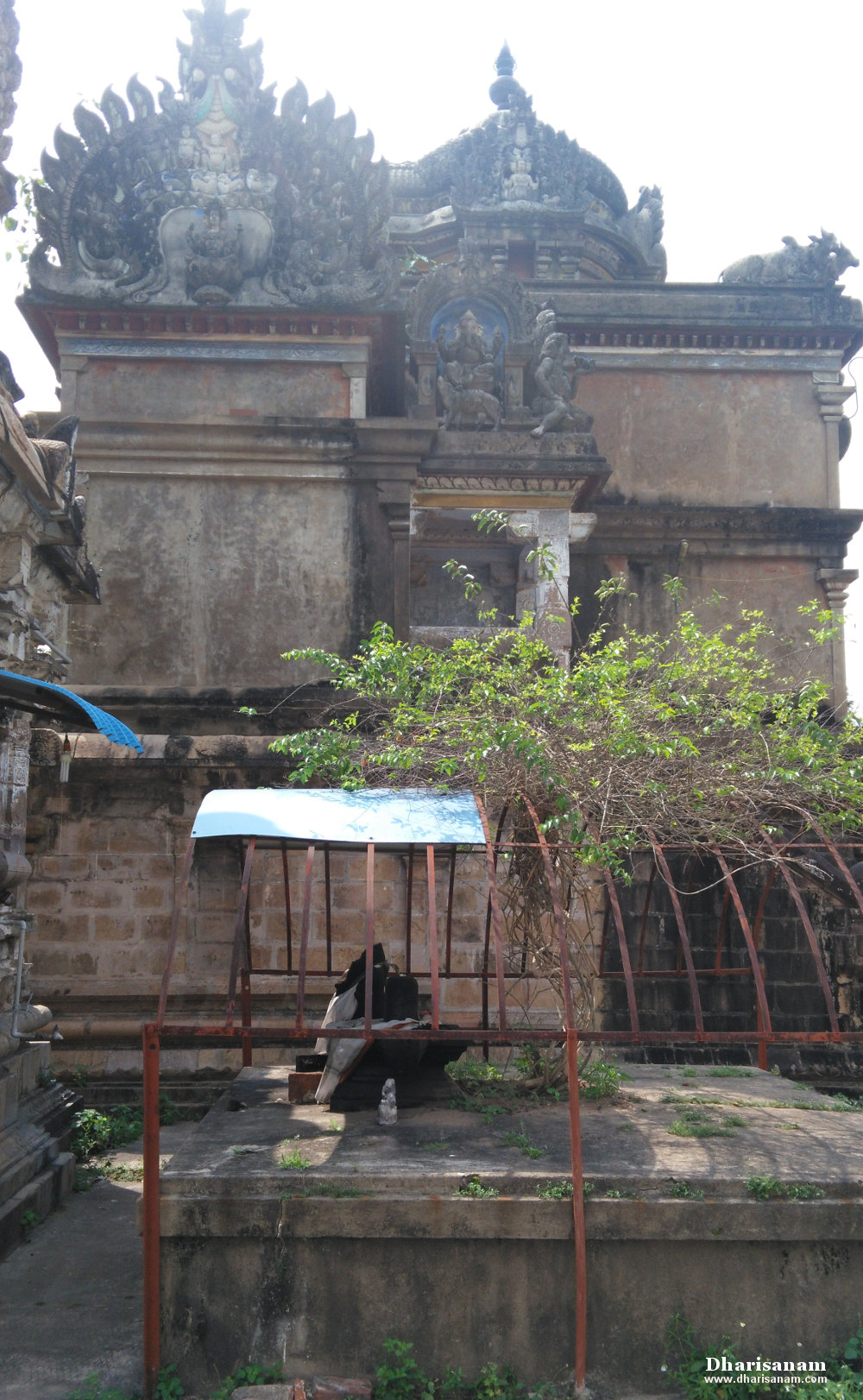 It is believed that worshiping the lord here would help devotees get salvation and will help them break away from the repetitive cycle of birth and re-birth. Hence this place also gets the name “Karu Pariyalur” (“karu” means foetus and “Pariyal” means “to seize” in Tamil). In the first stanza of his hymn, Saint Thirugnanasambanthar also mentions about this “Karu Pariyal” of those who worship the lord here.

The Sthala Viruksham of this temple is Kokudi Mullai, a variety of jasmine and hence this place is also known as Kokudikkoil. In their hymns, both Saint Thirugnanasambanthar and Saint Sundaramurthy have mentioned this temple as “Kokudikkoil”.

It is believed that Lord Brahma informed Sage Vashistar that any good deed committed at this temple will multiply ten-fold.

In this temple Sage Vashishtar and 72 Maharishis were blessed with the gift of wisdom by Lord Shiva. For this reason, those seeking excellence in educational pursuits can worship the lord here.

Lord Dakshinamurthy is considered to be the god of education and he is very popular with students. In his hymn, Saint Thirugnanasambanthar also mentioned that the learned lord resides in this temple.

It is believed that those seeking “Santhana Prapthi” (child boon) can pray to the lord here after taking a dip in the Surya Theertham. 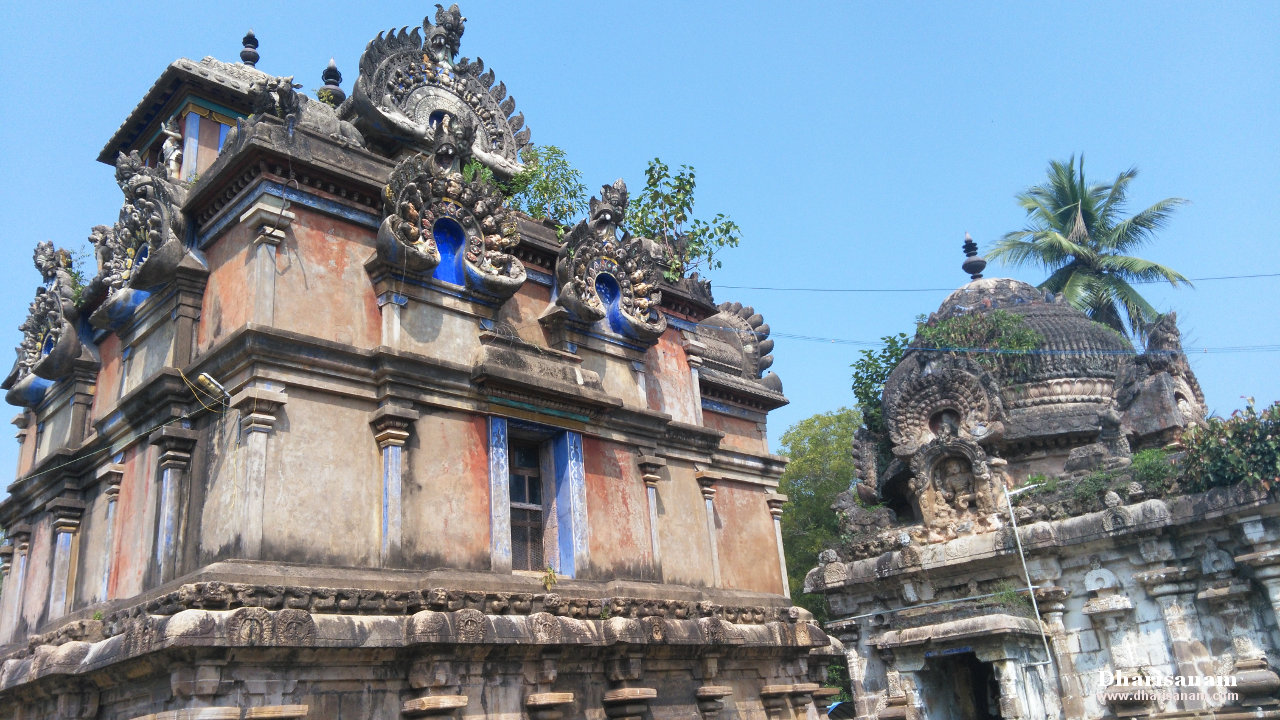 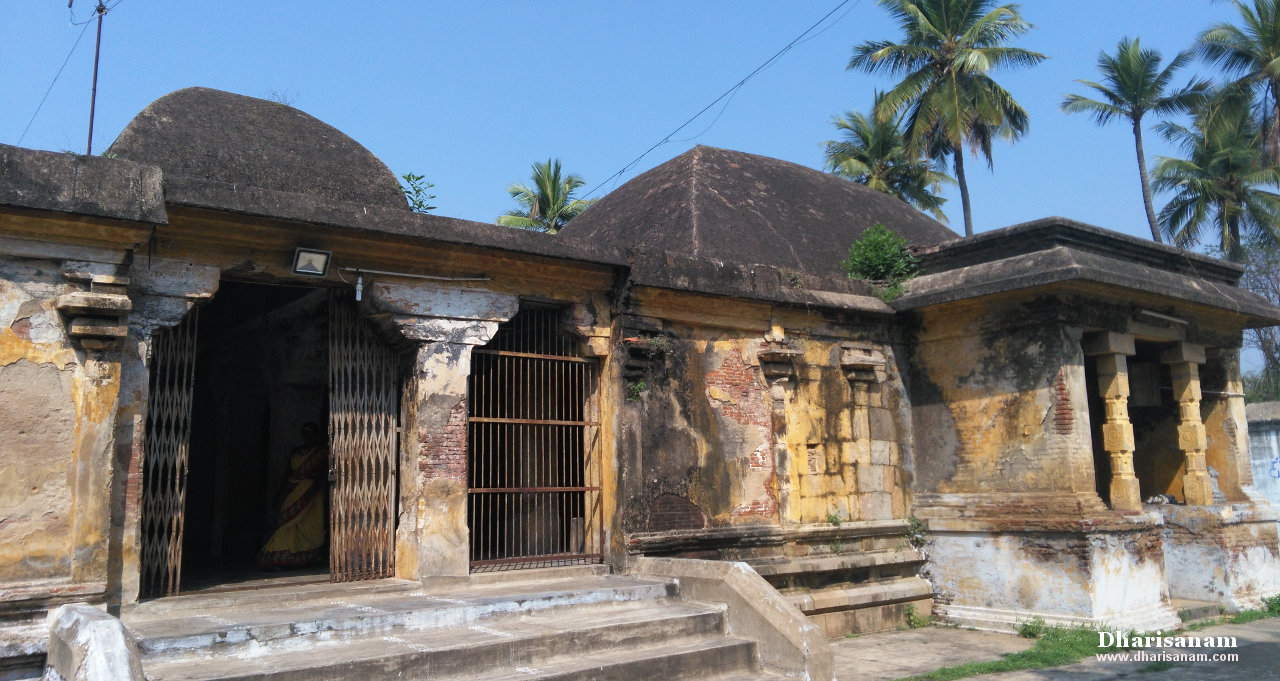 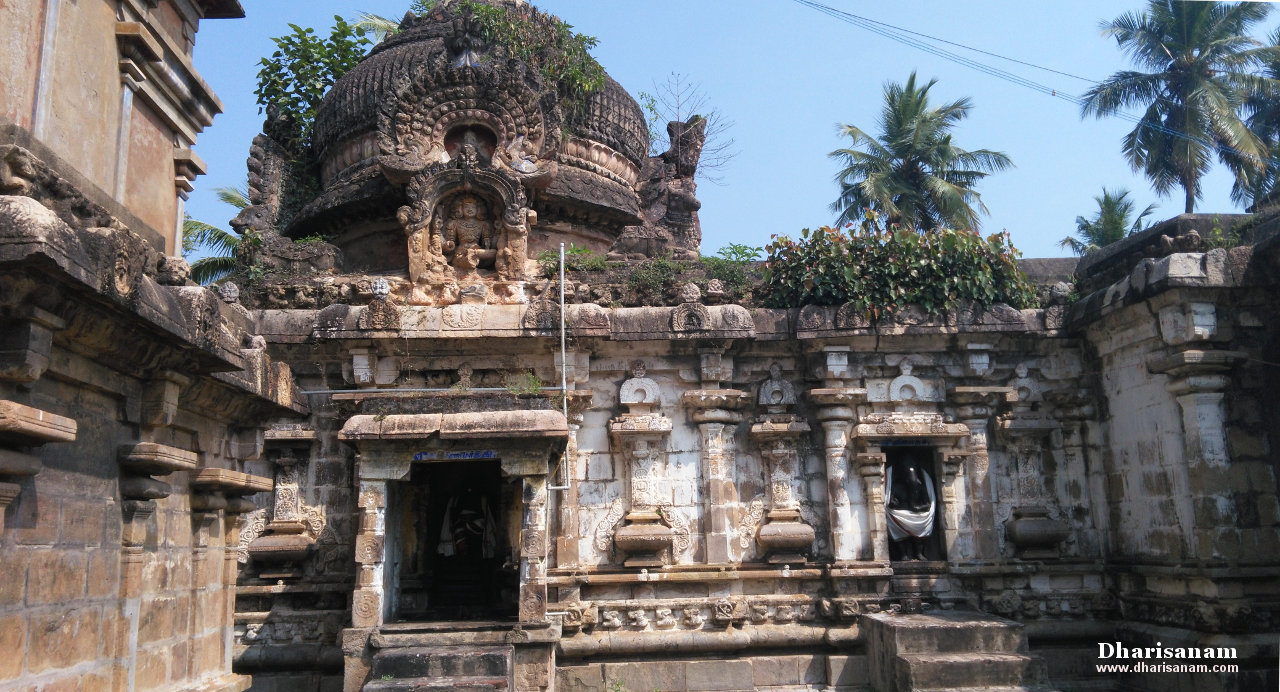