Kudavayil (Kudavasal) is situated at a distance of about 18 kms south-east of Kumbakonam on the Kumbakonam to Thiruvarur route. From Thiruvarur, it is about 16 kms.

This ancient temple was built by King Kochengat Chola. This is a Maadak Koil and it has 18 steps to reach Lord Shiva’s shrine. The lower part of this temple is known as “Kudavayir Kottam”. It is believed that Kochengat Chola imprisoned one of his enemies, Seran Kanaikkal Irumporai in this kottam.

There are four stone inscriptions in this temple which date back to the period of Chola King Kulothungan-III. 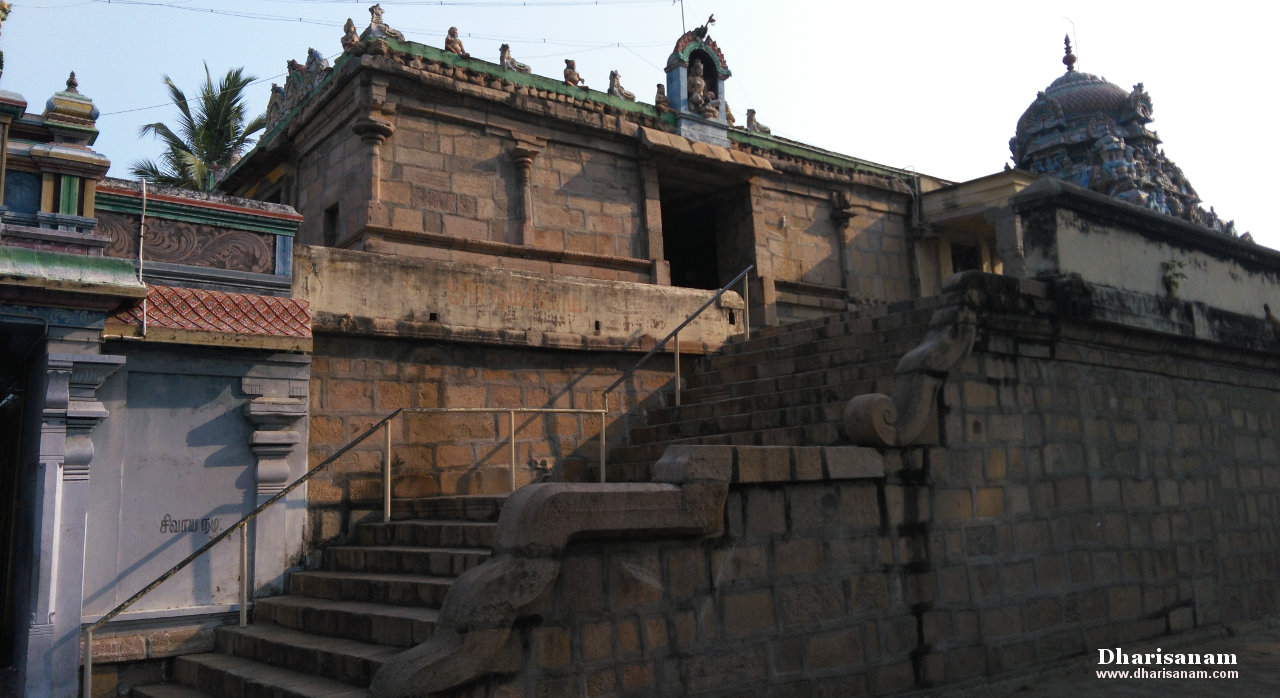 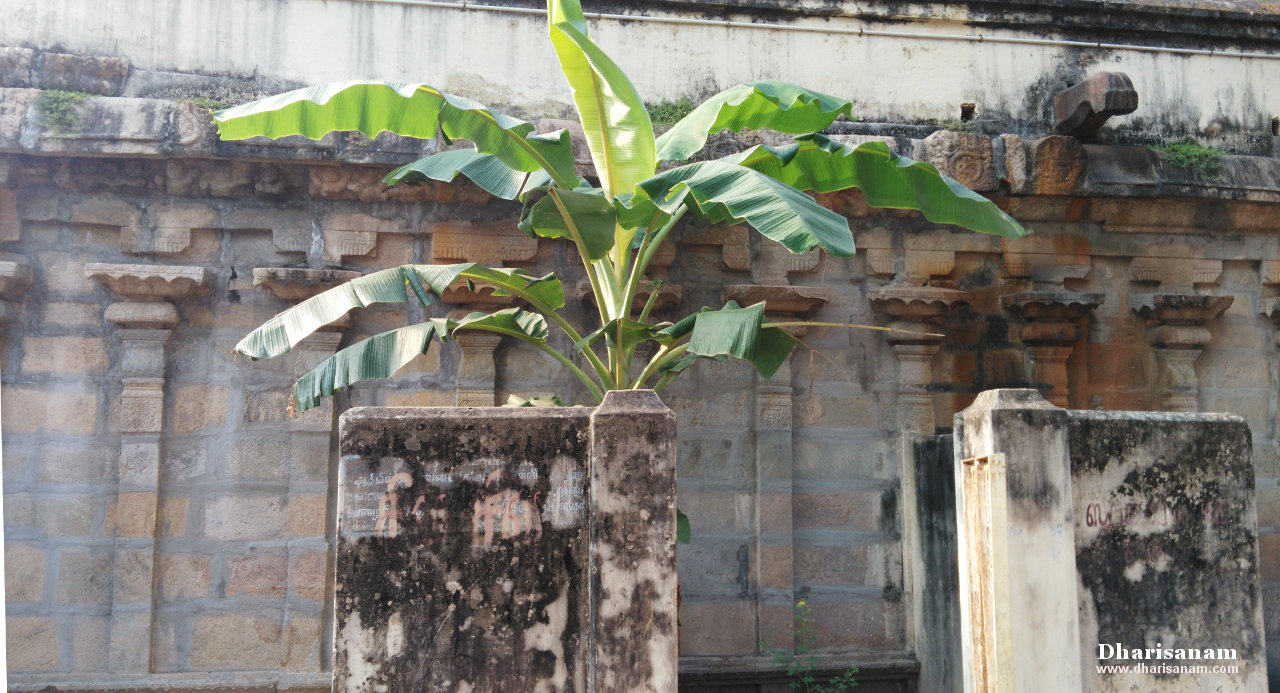 This nectar is also believed to have spread around an area of about 24 kms. In this radius, there are five Shiva temples which are known as “Panchakurosa Sthalams” (“pancha means five and “kurosa” is a unit of measurement used in ancient times). These temples are Thiruvidaimaruthur, Koranattu Karuppur, Thirunageswaram, Swamimalai, and Dharasuram.

There is another version of this legend that involves Garudan (Garudazhvar), the eagle god and also the king of birds. Sage Kasyaba had two wives, Kathru and Vinathai. Garudan was the son of Vinathai. Vinathai was bound to Kathru as a slave. Kathru demanded the nectar from the celestial world to release Vinathai. To save his mother, Garudan flew to the celestial world and got the pot of nectar. While returning, a demon tried to snatch this pot from Garudan. Garudan placed the pot on a nearby anthill and fought with the demon and defeated him. However, when he came back to retrieve the pot, he could not find it as it had gotten covered by the anthill. He tore down the anthill with his sharp beak and was surprised to find a Shivalingam there. Lord Shiva appeared in front of Garudan. Garudan prayed to the lord asking him to save his mother. Lord Shiva rescued Vinathai from the bondage of Kathru. Garudan stayed here to worship the lord and also built this temple. Further, it is believed that this Shivalingam that Garudan discovered was actually the Kalas’s rim that fell here.

The scratch marks from Garudan’s beak can still be seen on the Shivalingam. There is an idol of Garudan in this temple and sculptures of Garudan can also be seen in the compound walls of the temple. It is interesting to note that this is a feature usually seen in Vaishnava temples. 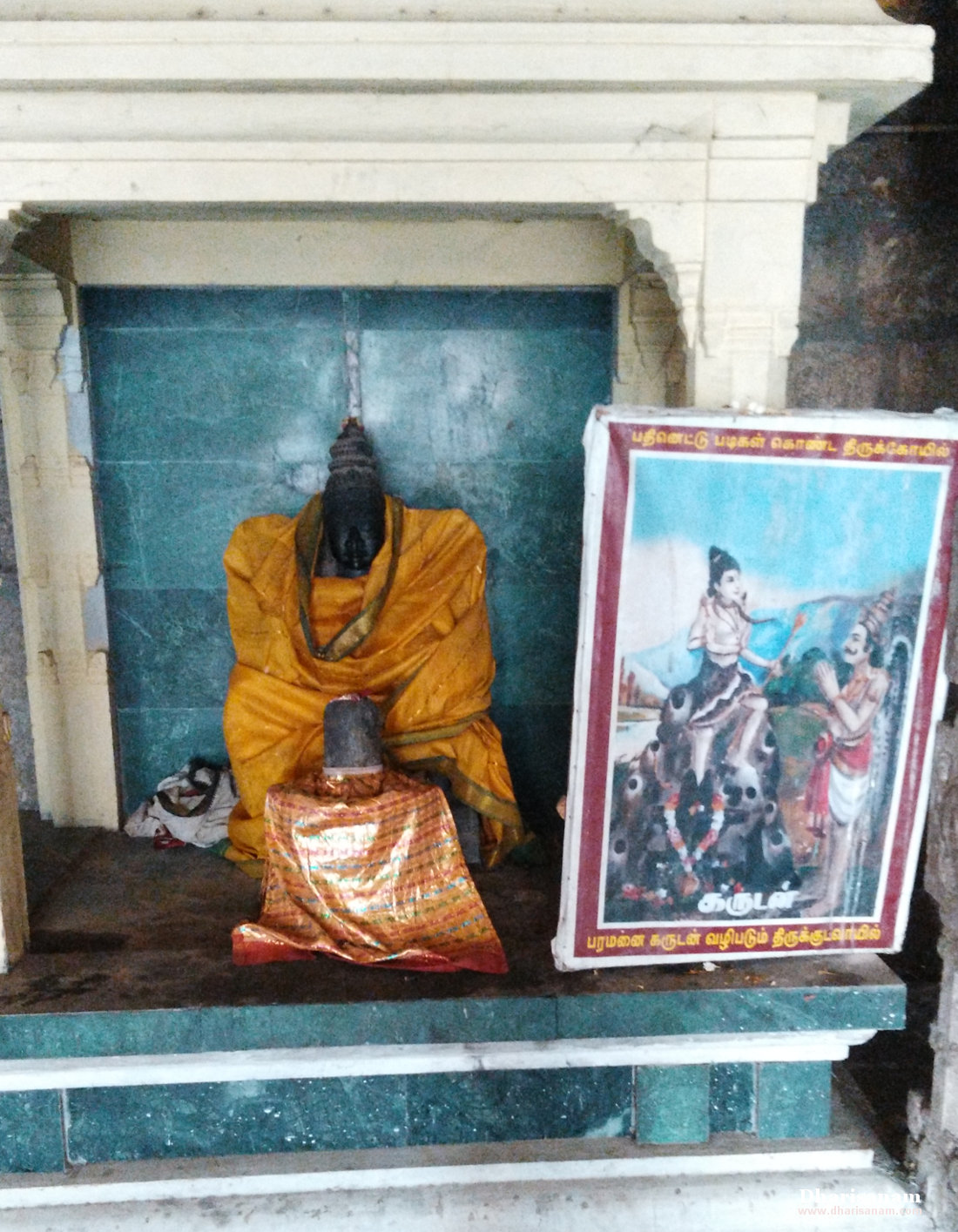 It is believed that Sage Thirunapindhu worshiped the lord here. The lord was pleased by his worship and as a blessing, he cured the sage’s leprosy.

There is also an idol of Garudan who can be seen worshiping Lord Shiva.

There is no Durgai here as Goddess Parvathy herself is depicted as Brahathdurgai. 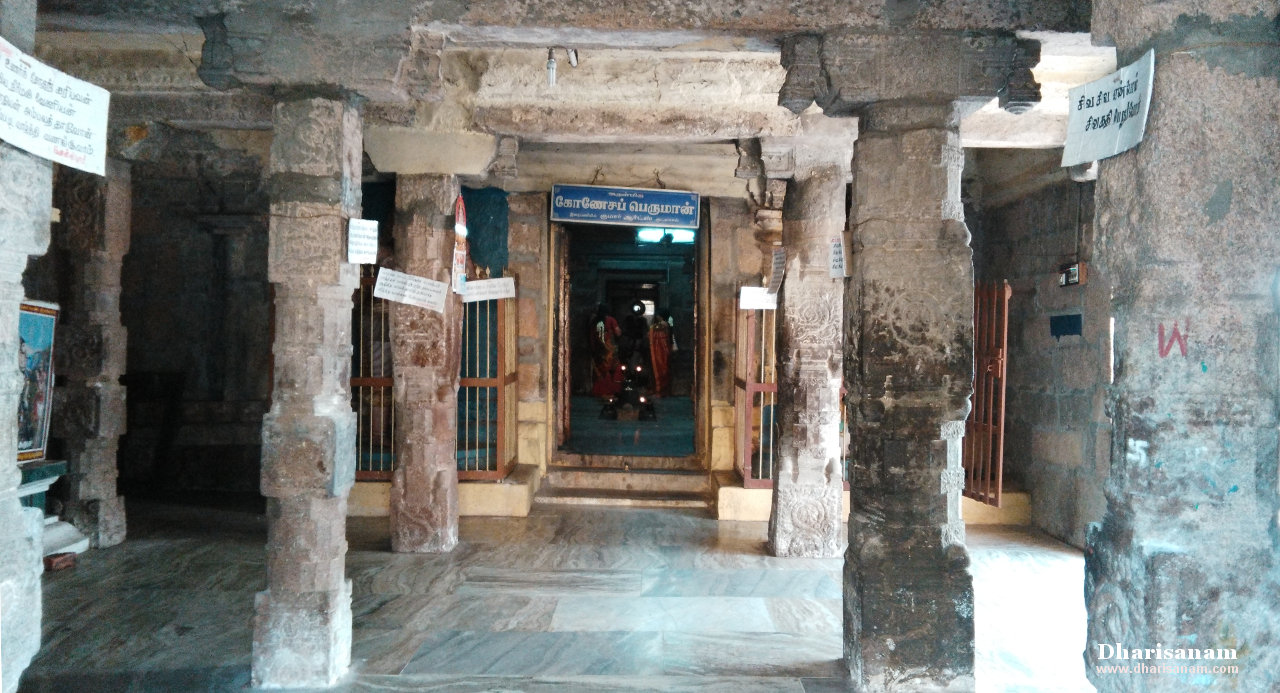 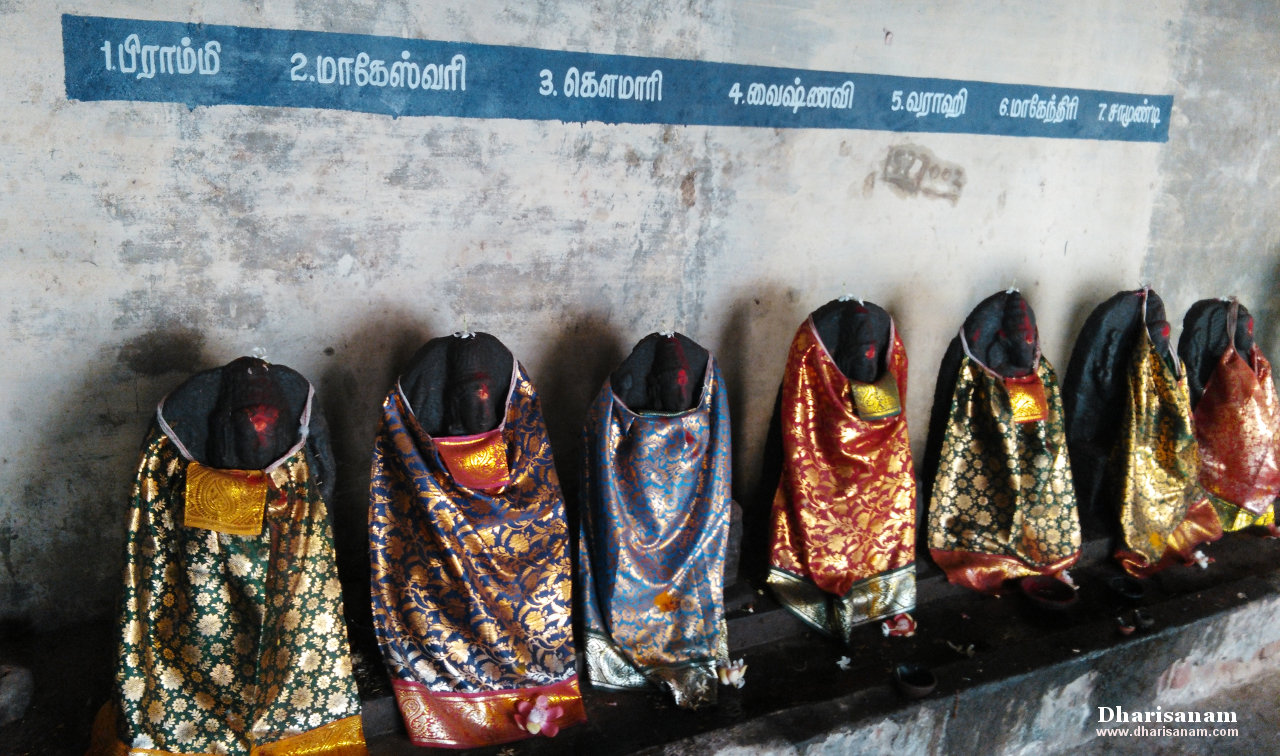 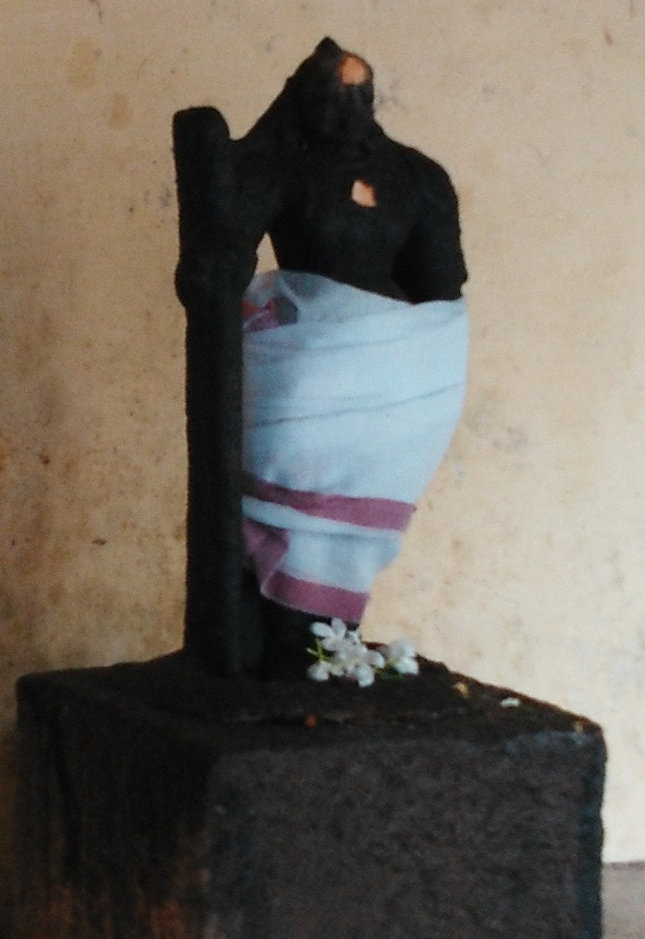 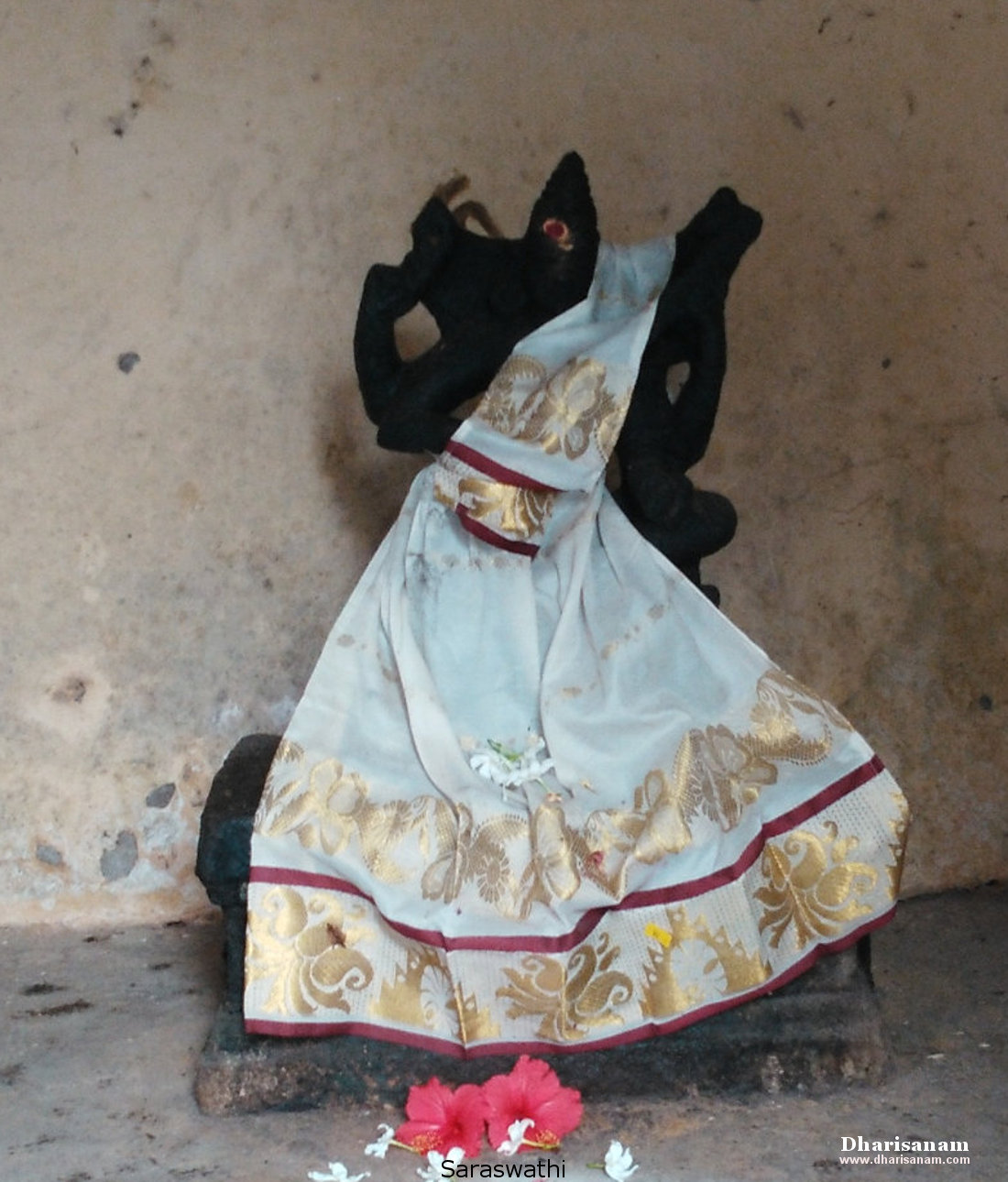 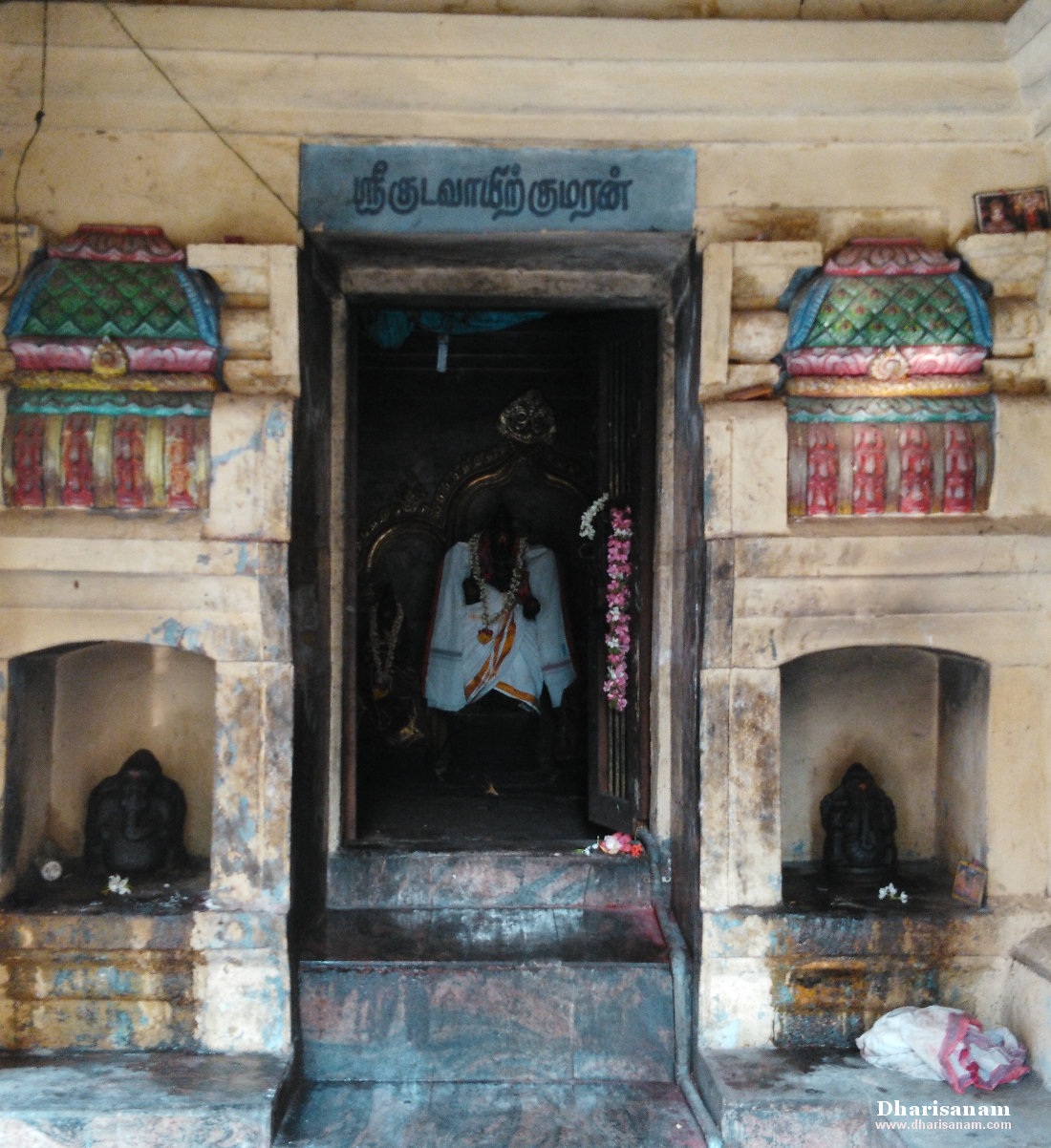 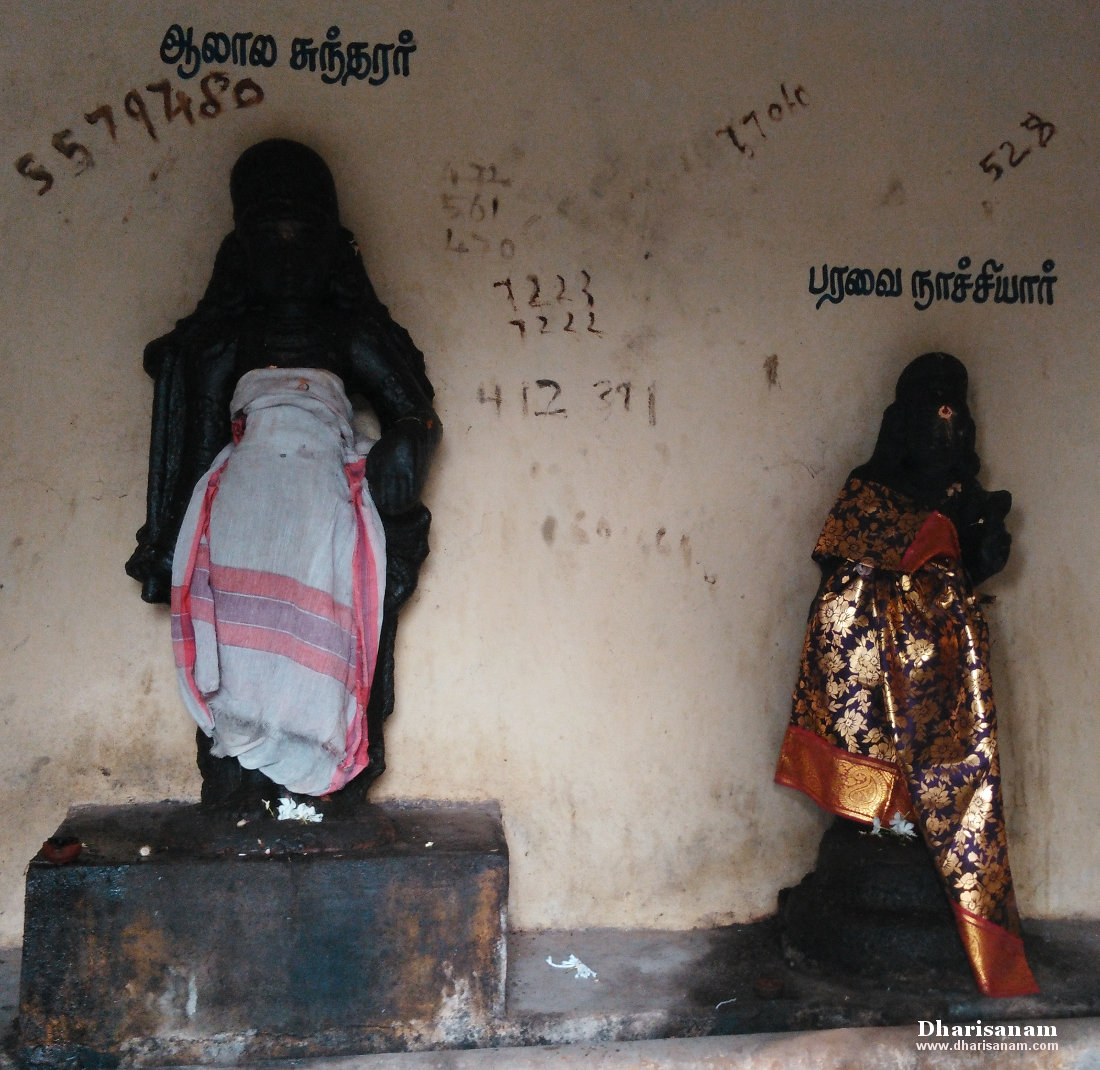 It is believed that few drops of the “Amirtham” (nectar) fell in this temple’s Theertham (tank). Hence, taking a dip in this tank during the Maha Maham festival at Kumbakonam is considered very auspicious. This tank is in front of the temple and a Vinayakar shrine is also present on the bank of this tank.

Lord Shiva here is also praised as “Sri Vanmeekanathar” as he was taken out from an anthill (“vanmeekam”) by Garudan.

In this temple, there are few Vinayakar shrines in the names of Sidhdhi Vinayakar, Anumathi Vinayakar, Aathi Gaja Nathar and Maalai (evening) Vazhipaattu Vinayakar.

It is believed that Lord Suryan (Sun) worships Lord Shiva of this temple by directing his rays on the Shivalingam every year for three days in the Tamil month of Panguni (Mar-Apr).

There are many beautiful sculptures (sudhai) on the towers that depicts various legends from Hindu mythology. 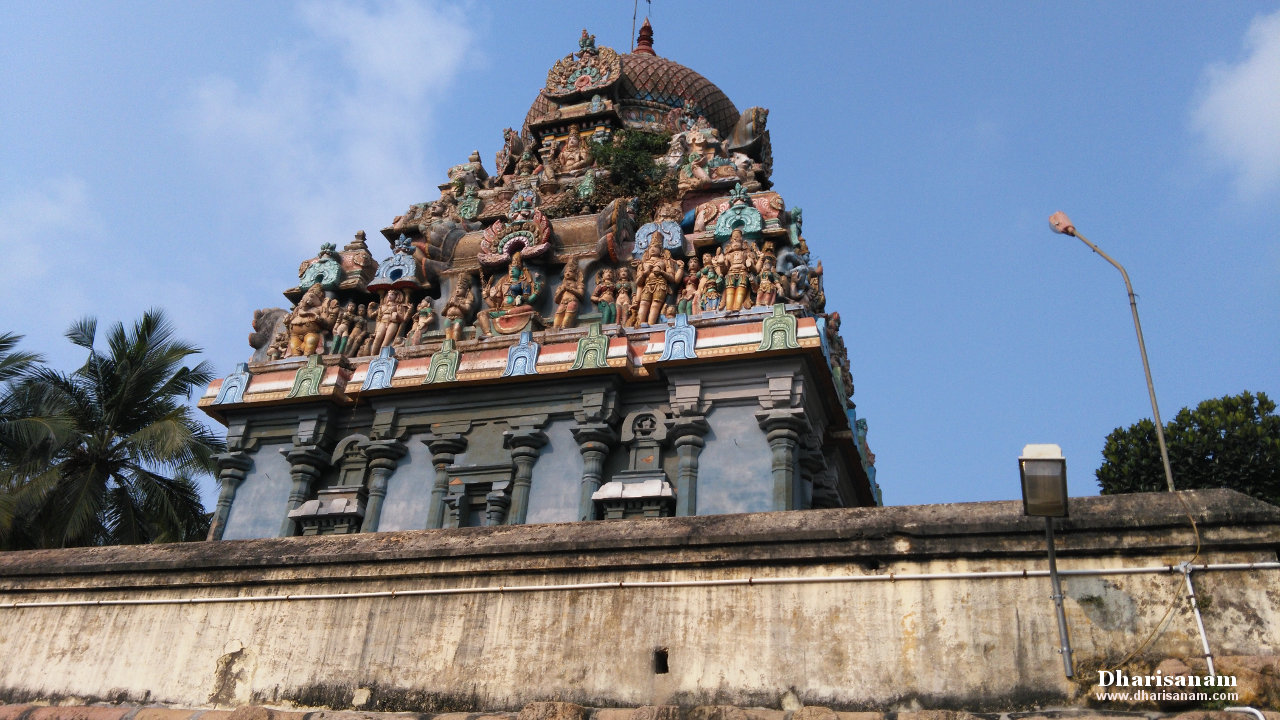 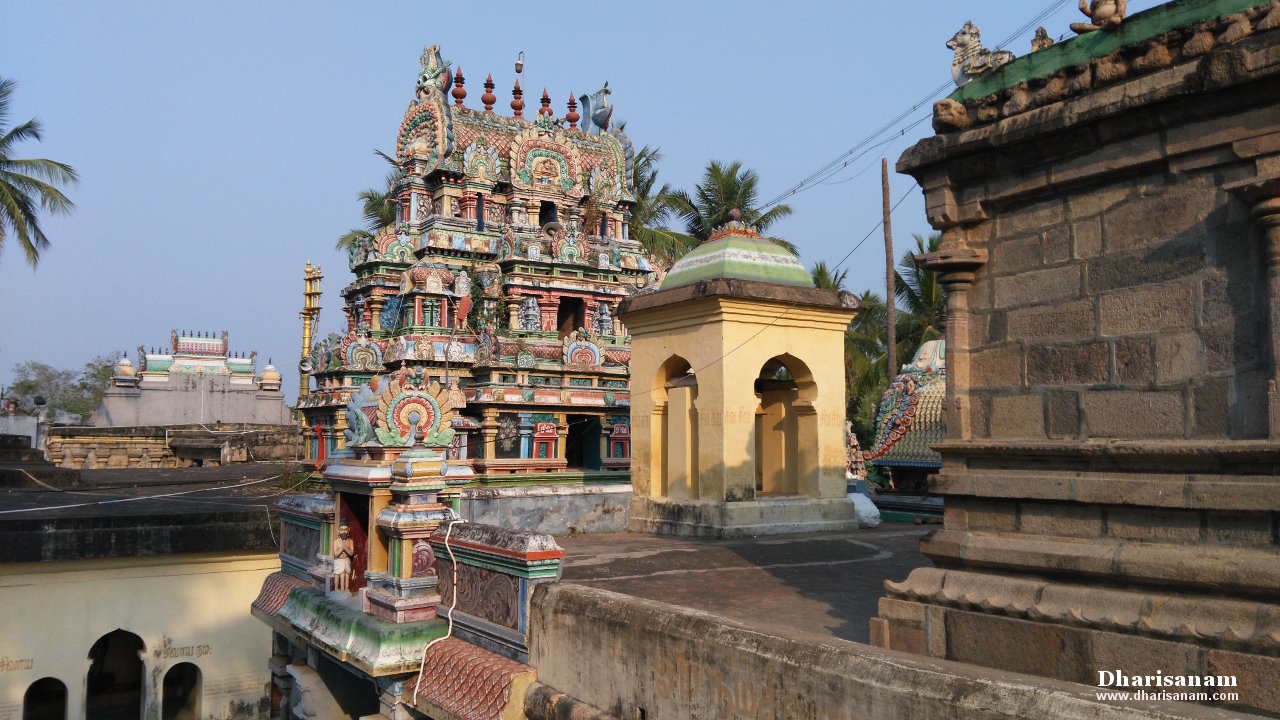 In his hymn, Saint Thirugnanasambanthar refers to this madakkoil as “Ezhilkola Mada Koil” meaning an “extremely beautiful mada temple”.

Devotees make it a practice to worship Lord Shiva, Suryan and Chandran here. It is believed that by doing so, they will be absolved of the sins that they have accrued by not performing the rituals for their ancestors (“Sradh”).

Devotees also worship Lord Shiva of this temple for prosperity and wisdom.

Vaikasi Visakam in the Tamil month of Vaikasi) May-June),

Panguni Uthiram in in the Tamil month of Panguni (Mar-Apr).

The temple priest Sri Chandrasekara Gurukkal can be contacted at 94439 59839. 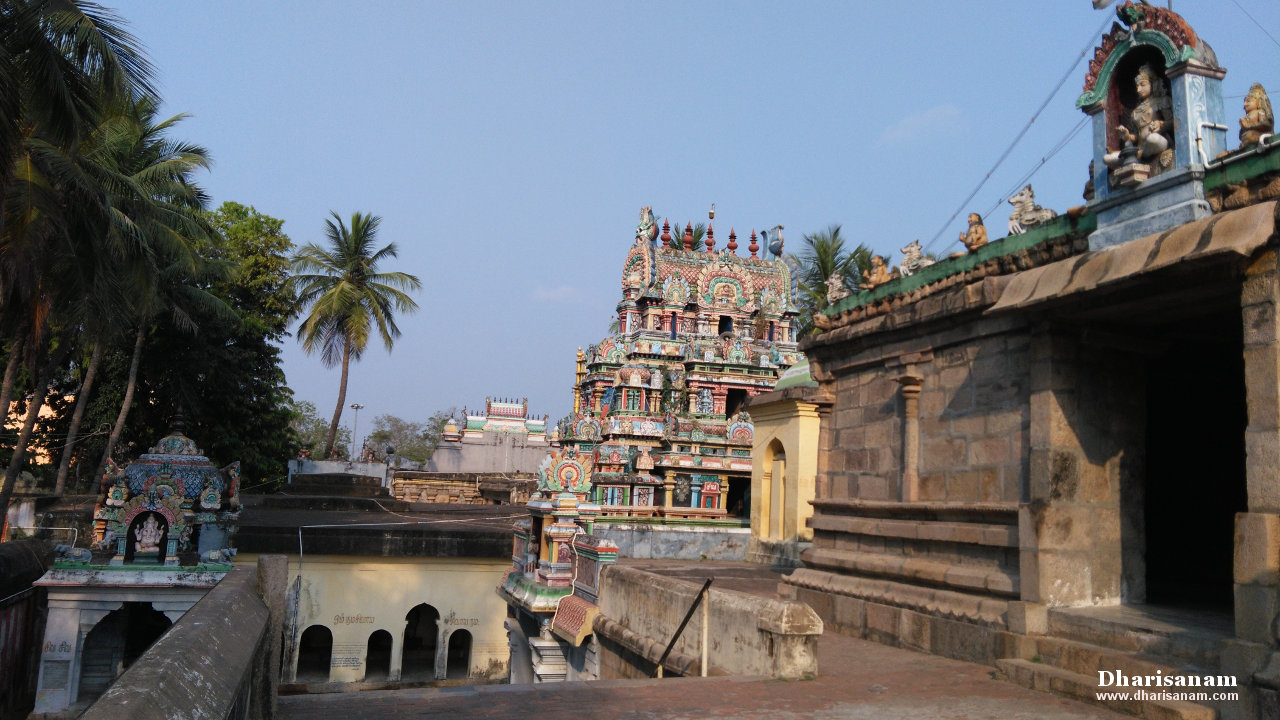 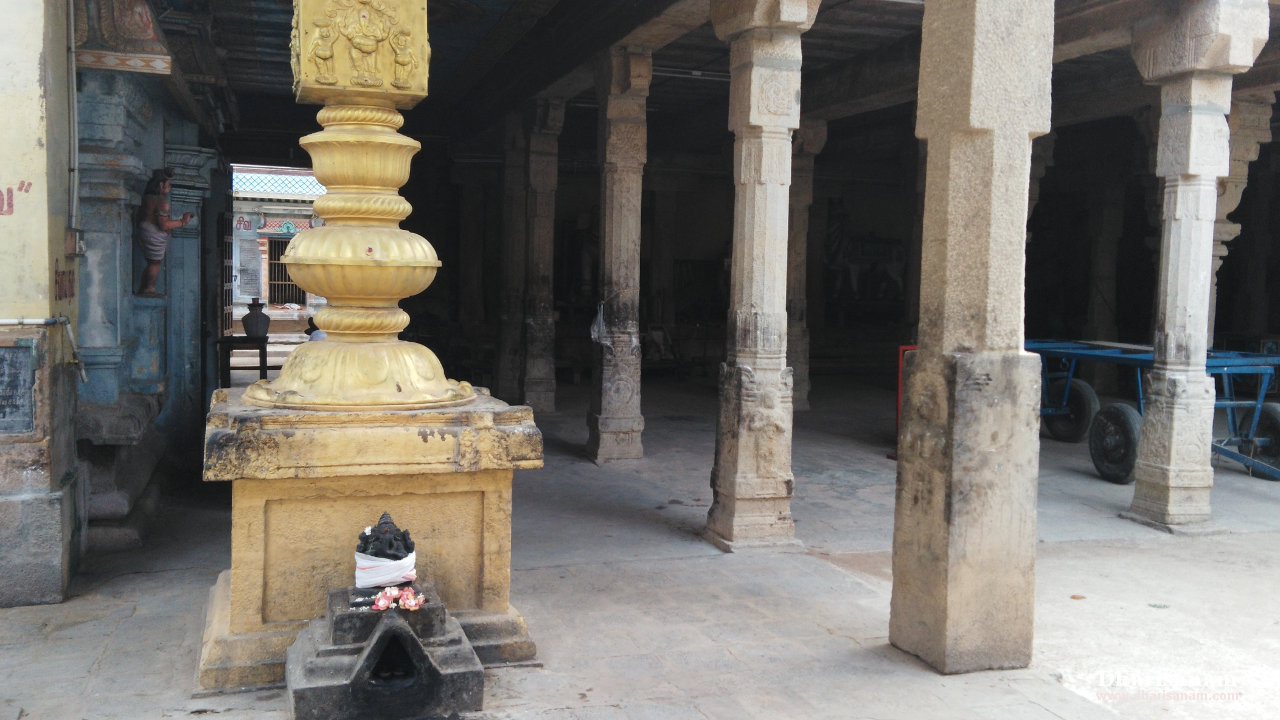 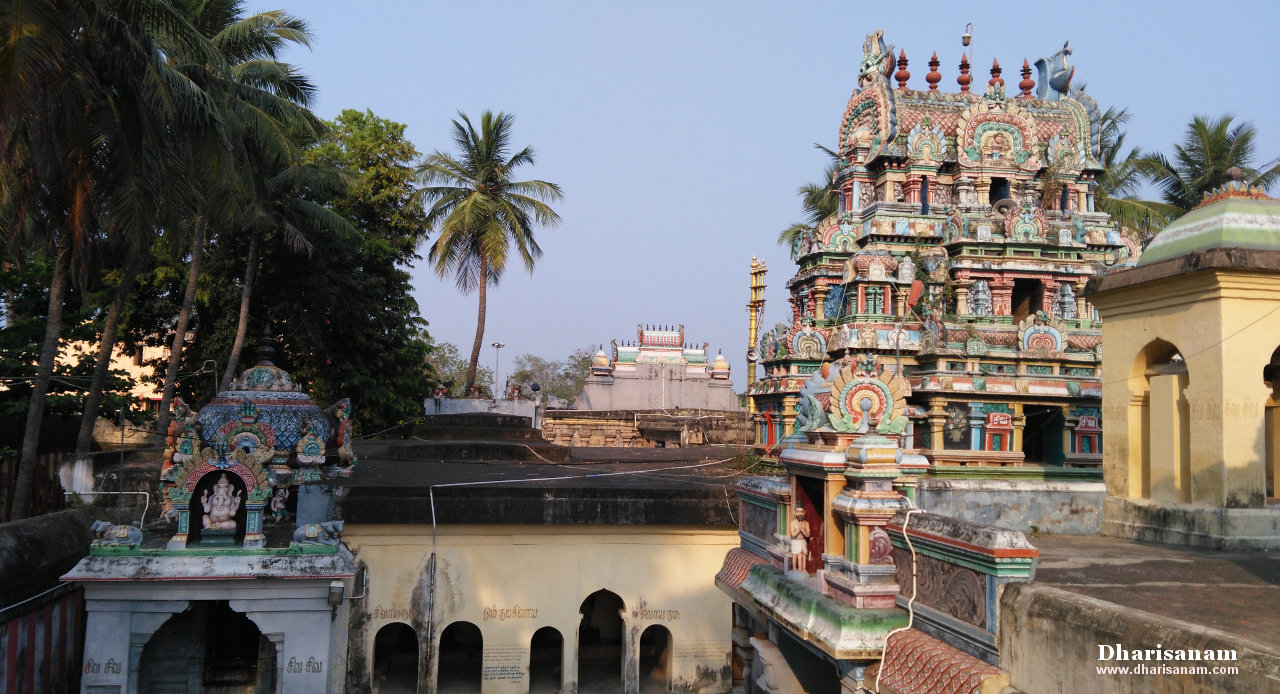 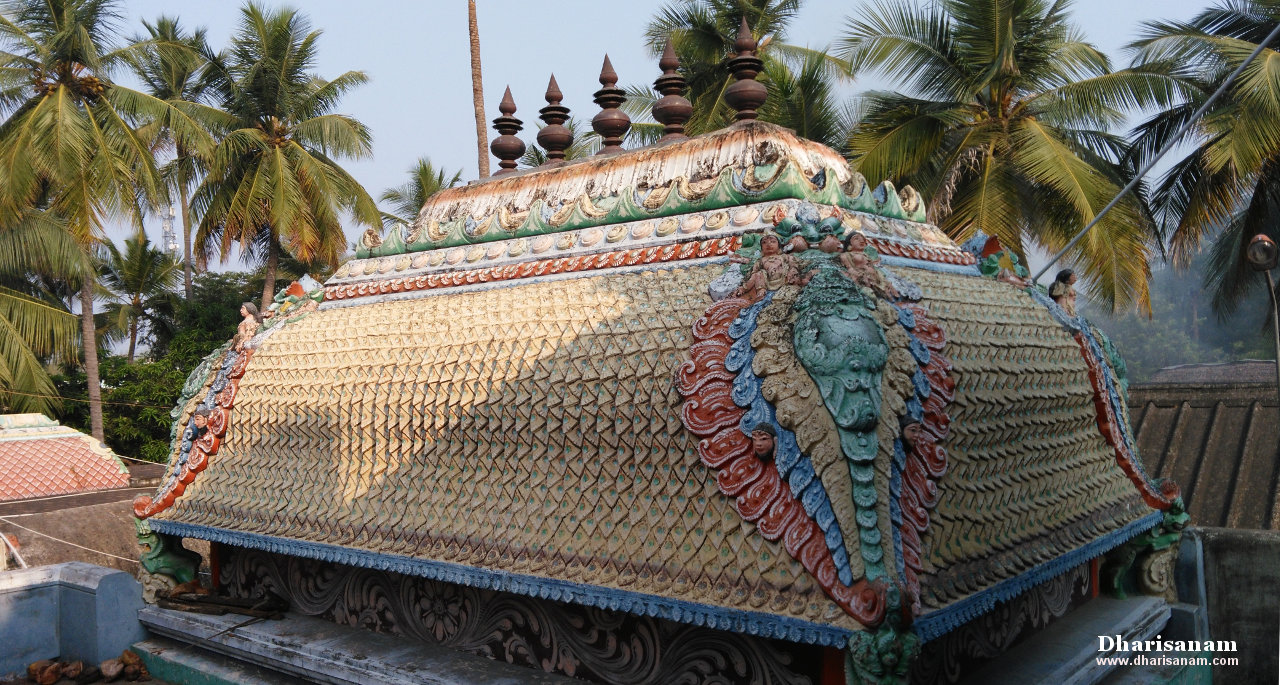 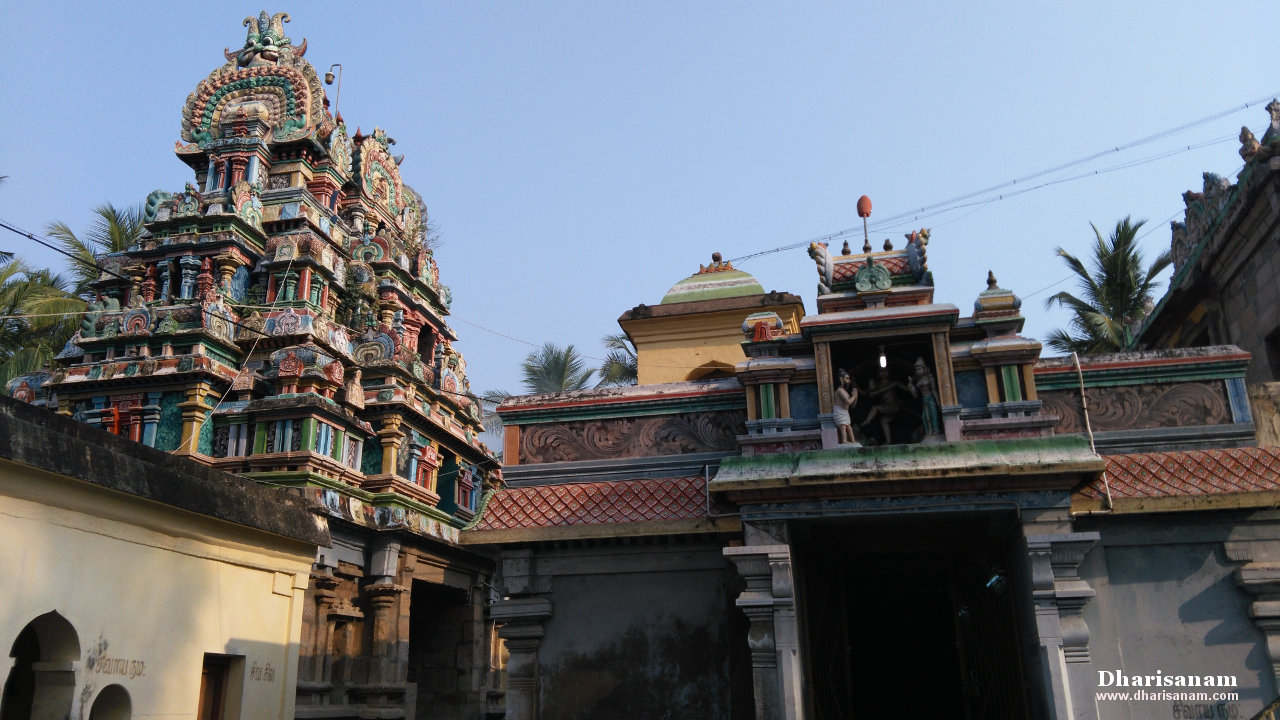