Thiru Needur is situated at a distance of about 4 kms north of Mayiladuthurai on the Mayiladuthurai to Manalmedu route. Needur has a railway station which is about one kilometre away from this temple.

Needur in Tamil means eternal place. According to Hindu mythology, at the end of every “Yuga”, there is a huge flood (deluge) that leads to the destruction of all living beings in the earth. This is called the “Pralayam”. It is believed that this place was not destroyed even at the end of the “Pralayam”. Hence it gets this name.

There are some stone inscriptions in this temple which date back to the periods of Chola Kings Kulothungan-I, Rajathirajan-II and Rajarajan-III. 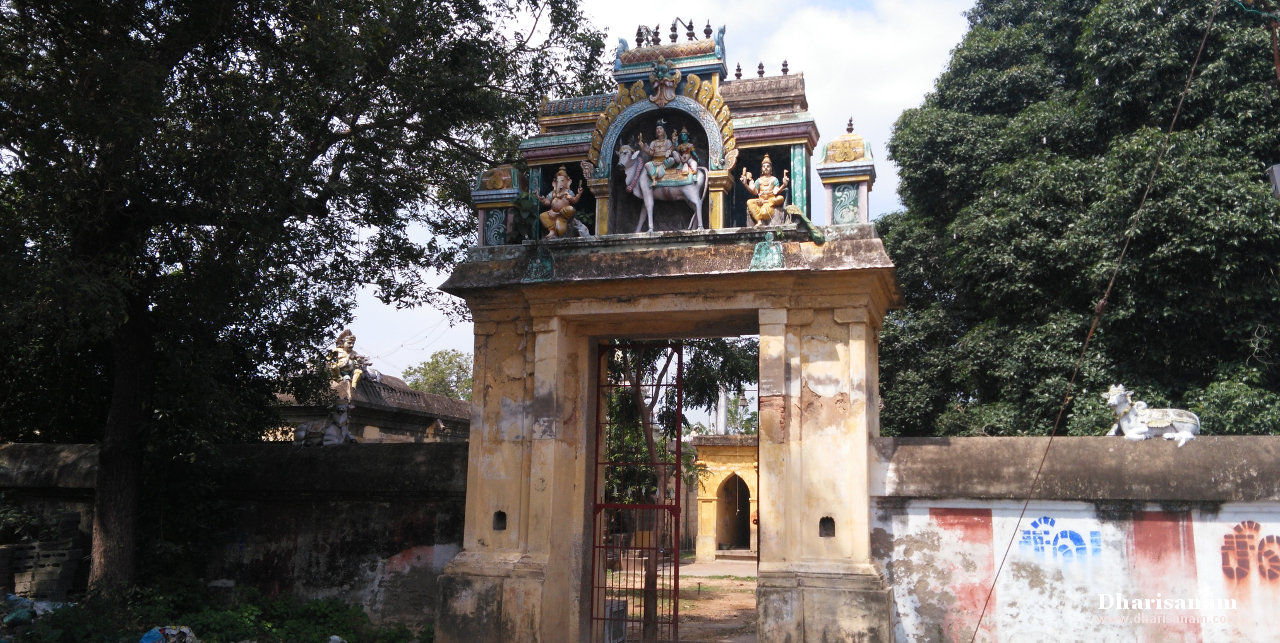 The Sthala Puranam states that Indra made a Shivalingam here out of the sand from river Cauvery’s bank for his worship. He also sang a melodious song hoping to see the cosmic dance of Lord Shiva. Lord Shiva was pleased with his devotion and granted him with his darshan. Hence the lord here is also praised as “Sri Gana Nardhana Sankarar” – Lord who danced to a devotional song. This happened on a Thiruvathirai star day in the Tamil month of Margazhi. Since this lingam is a “Pruthivi lingam” (made out of sand), no abhishekam is performed directly to it. It is always covered with a metal sheet. Indra’s finger prints are visible on the lingam.

Another legend is that a demon called Thanmasudhan was born as a crab due to a curse in his previous birth. He sought the advice of Sage Narada who told him to visit Needur and worship the lord here. He came to this place, took a dip in the river Cauvery and worshiped the lord. Lord Shiva blessed the crab with his darshan and granted him salvation. Further the lord absorbed the crab inside the lingam by making a hole in it. The crab’s footprint and the hole can still be seen on the lingam. Special poojas are performed on the full moon day in the Tamil month of Aadi in commemoration of this event. Hence, Lord Shiva is also praised as “Sri Karkateswarar” (“Karkatam” means crab in Sanskrit).

Chandran worshiped the lord here and was cured from his illness. Hence the lord here is also praised as “Sri Soma Nathar” (“Soman” means Chandran in Tamil). Further, it is believed that Chandran created a tank here which is known as Chandra Theertham.

It is believed that when Goddess Bhadra Kaali visited this place after worshiping the lord at Kedarnath and Kaasi, she was entrusted with the task of protecting the villagers here. There is a separate shrine for her in the name of Sri Aalalasundhari. 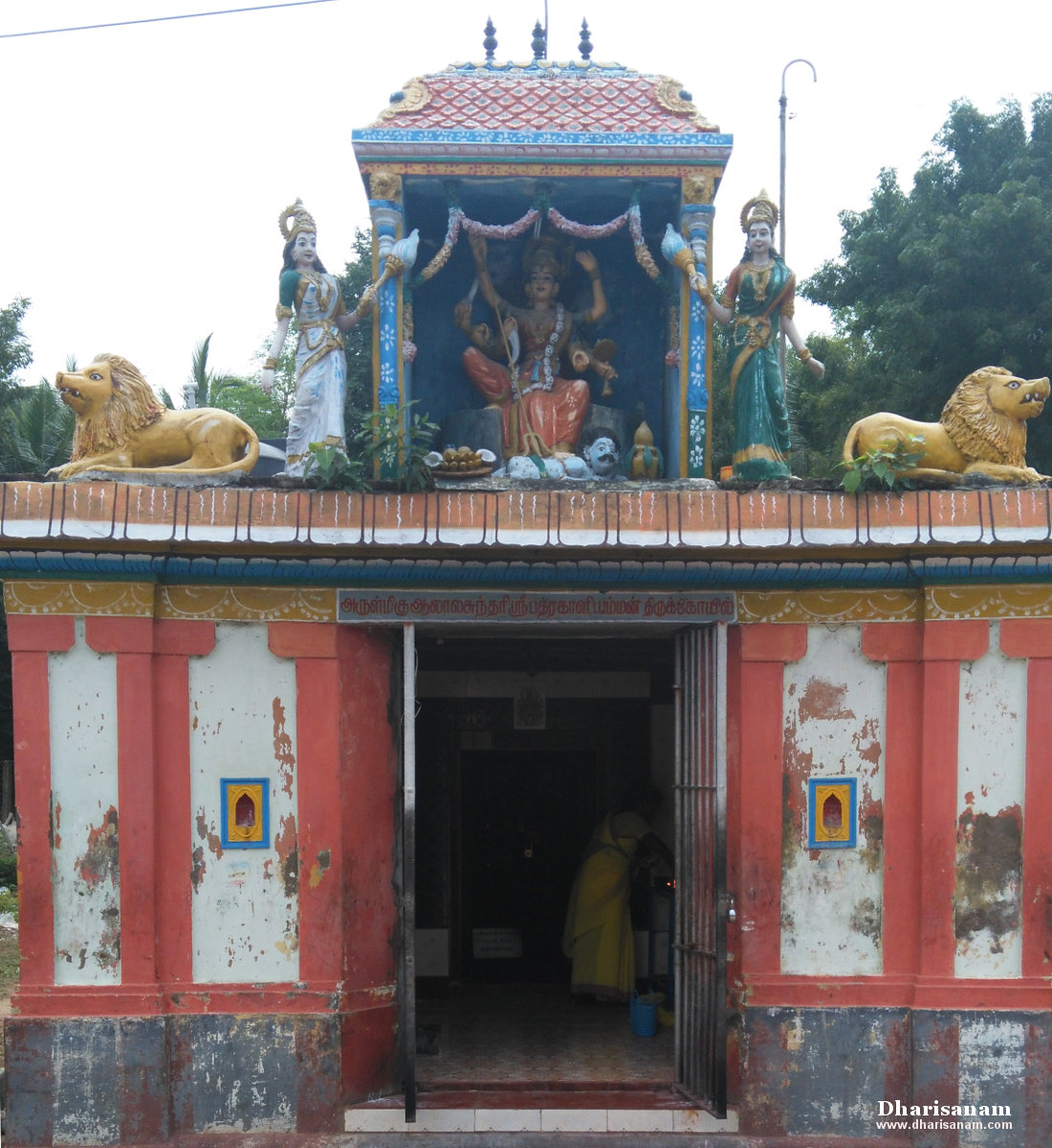 Siddhi Ganapathy, Murugan with his consorts, Somaskandar, Mahalakshmi, Sapthamadas, Sivalokanathar, Kailasanathar, Kasi Viswanathar, Sinmayanantha Ganapathy, Suryan, Chandran, Kala Bairavar, Munaiyaduvar and Saneeswarar can be seen in the main hall and corridors. There is no Navagraham here. There are three separate idols of Lord Vinayakar.

There is also a separate shrine for Saint Munaiyaduvar Nayanar in the outer corridor.

At the entrance, there is a shrine for Sri Sivaloka Ganapathy.

In the “koshtam” (place surrounding the sanctum sanctorum), idols of Bala Ganapathy, Dakshinamurthy, Annamalayar, Brahma, Durgai and Chandikeswarar can be seen.

The procession idols of this temple include idols of Lord Indra, Goddess Badrakaali and Saint Munaiyaduvar. There is no procession idol of Lord Natarajar. In its place, there is an idol made out of clay. 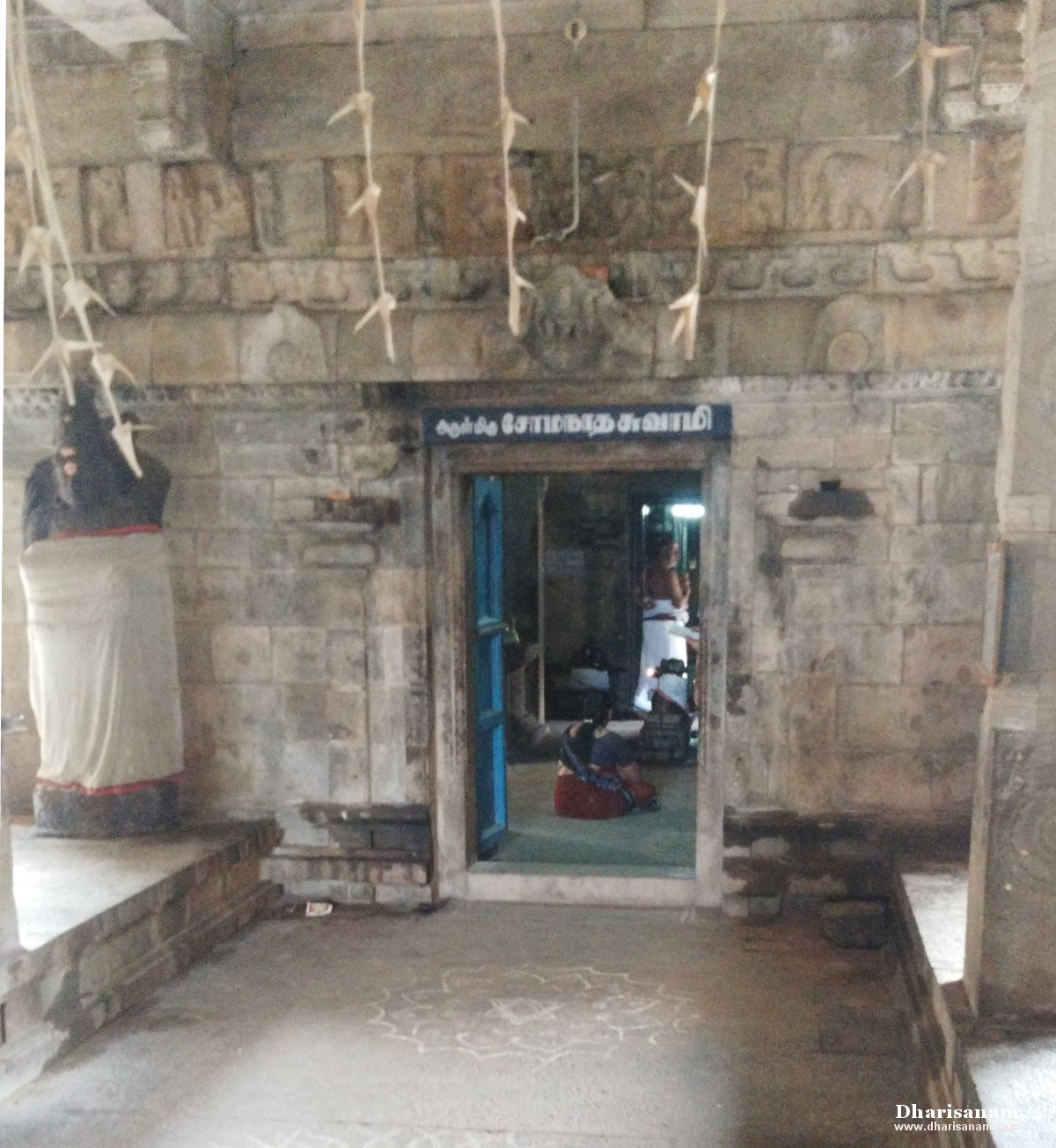 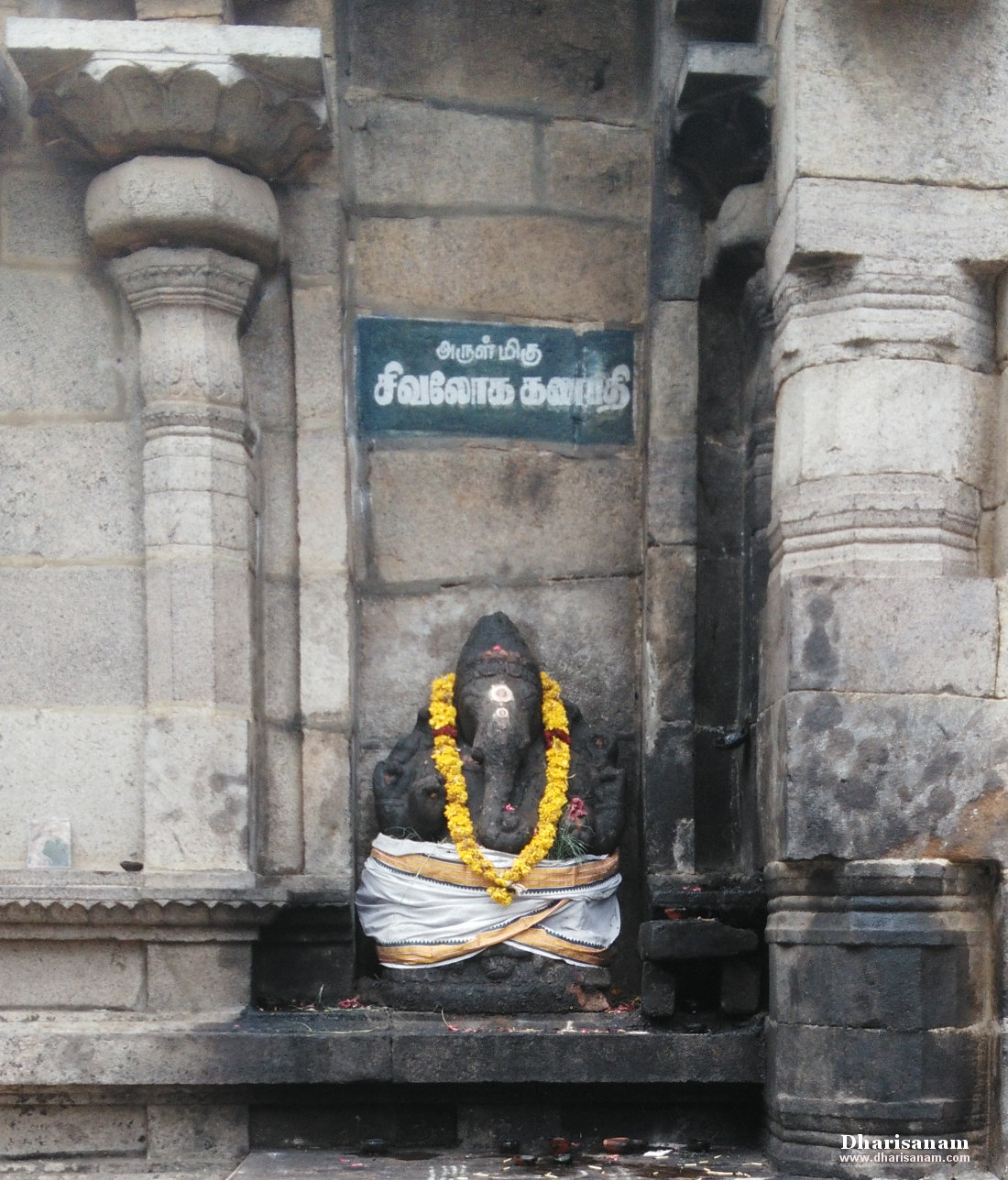 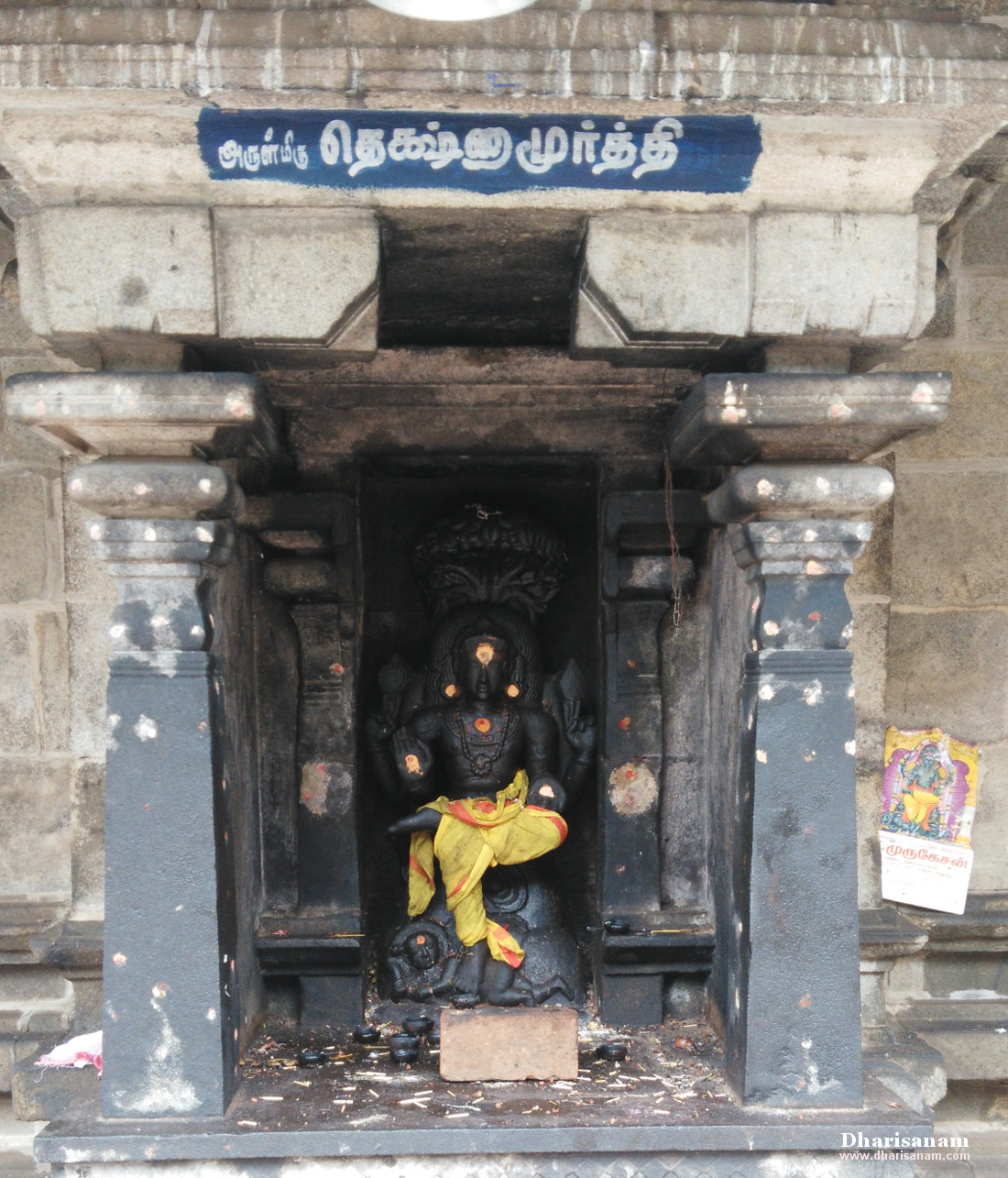 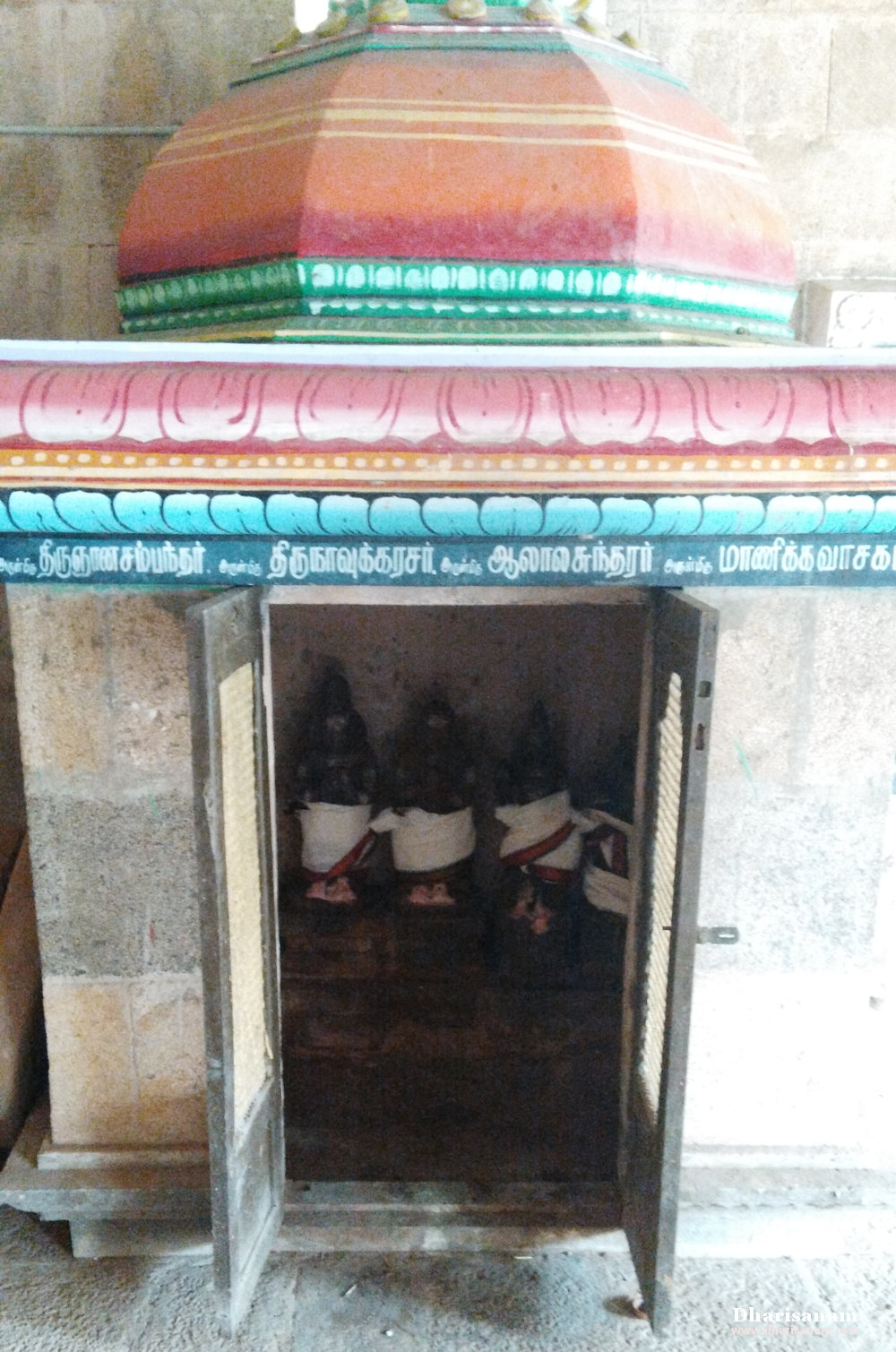 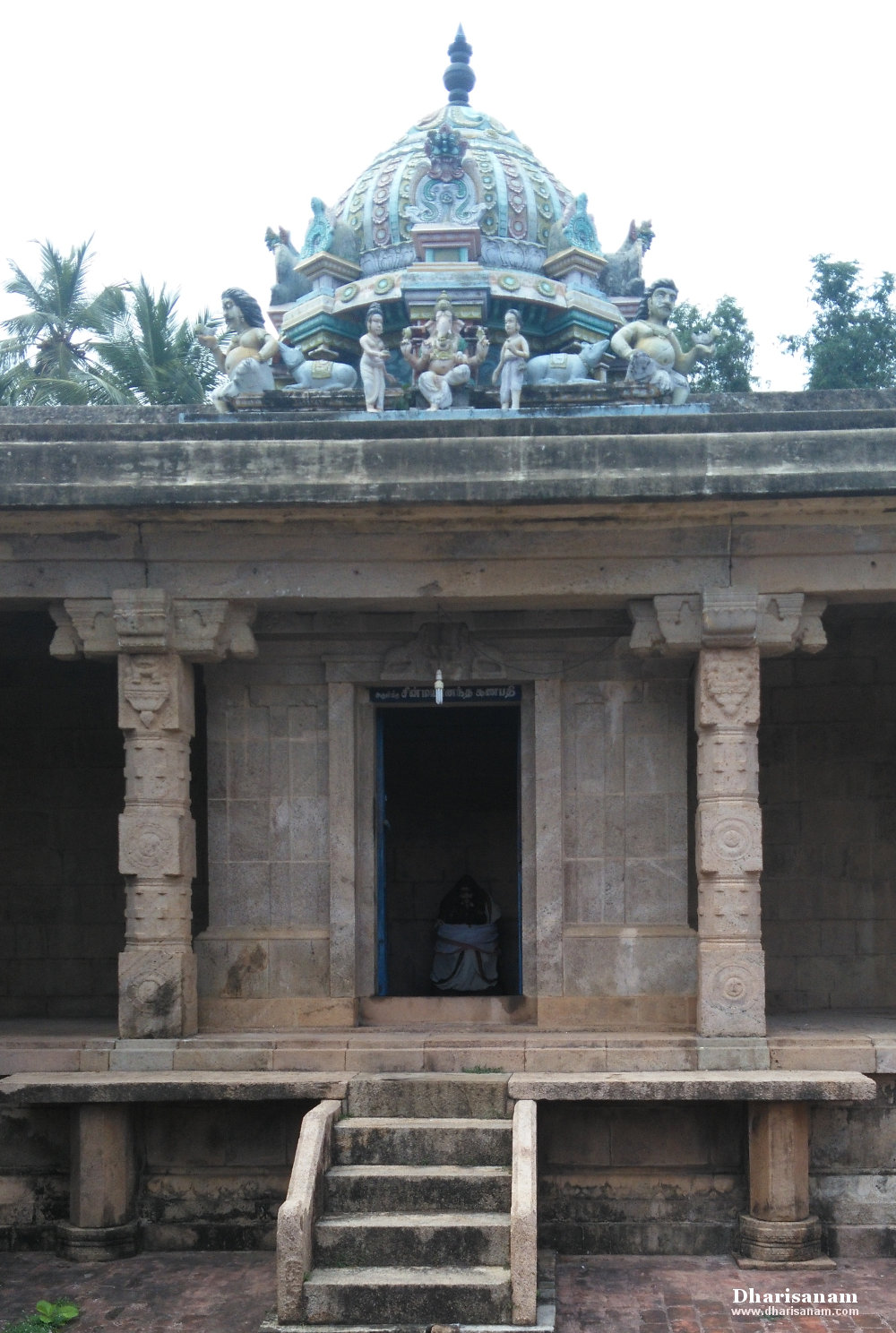 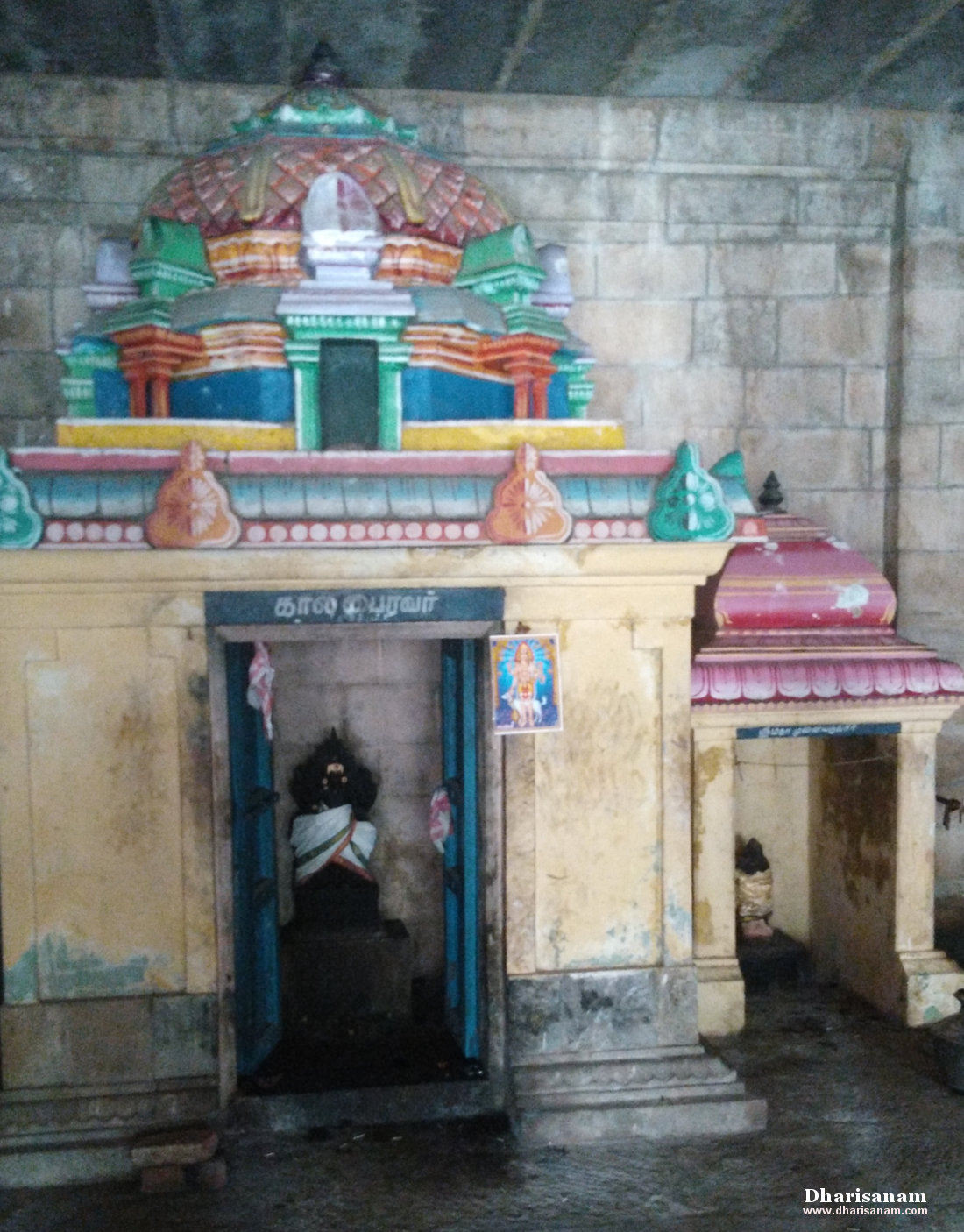 Needur has been mentioned in one of the ancient Sangam literature, Akanaanooru. In their hymns, both Saint Thirunavukkarasar and Saint Sundarar had mentioned about this place’s prosperity and wealth. 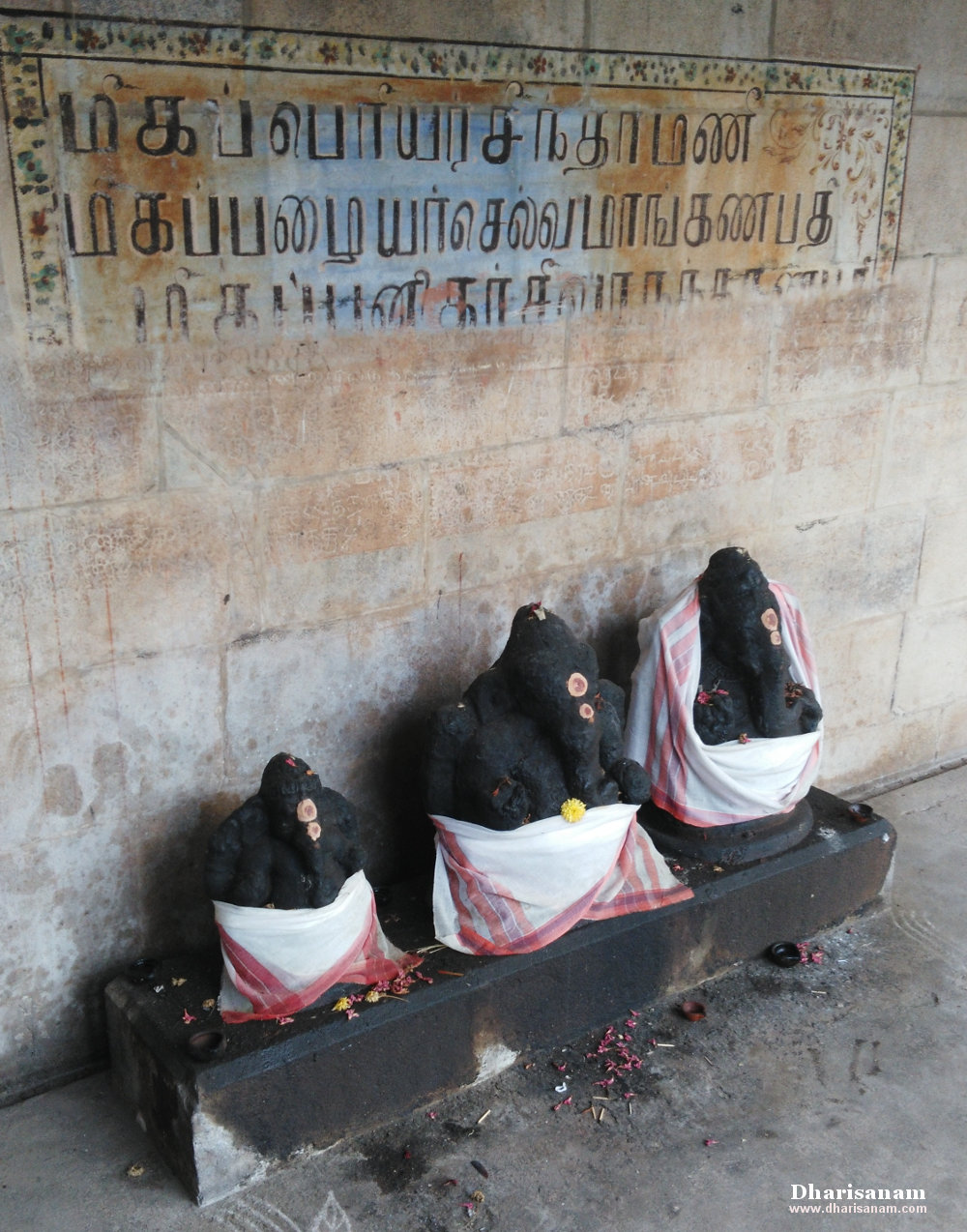 It is believed that Lord Suryan (Sun) worships Lord Shiva of this temple by directing his rays on the lingam every year for a few days in the Tamil month of Aavani. On every Sundays special poojas are performed to Suryan here.

There is a beautiful relief on the sanctum wall depicting Bhadrakaali and Suryan worshiping the lord.

Goddess Parvathy’s shrine is facing the south. In front of the hall of her shrine, an idol of Lord Saneeswarar is placed facing the east direction. One can simultaneously worship the goddess and Lord Saneeswarar. This is considered to be very auspicious, especially for those afflicted with Sani doshas.

This is the birth place of Saint Munaiyaduvar, one of the 63 Nayanmars. He was a renowned Shiva “bhakta” who had enormous respect for other devotees of Lord Shiva. He was a soldier who commanded an army and assisted many kings in their battles. He was always a ray of hope for the desperate, the weak and the vanquished. He would be called upon to turn any defeat into a victory. Whatever money he earned, he would spend on the maintenance and renovation of this temple. For this reason, he was called “Munaiyaduvar”. Pleased with his activities, Lord Shiva blessed him with his darshan and gave him a place among the 63 Nayanmars. Special poojas are performed for him in the Tamil month of Panguni (March-April) on “Poosam” star day. 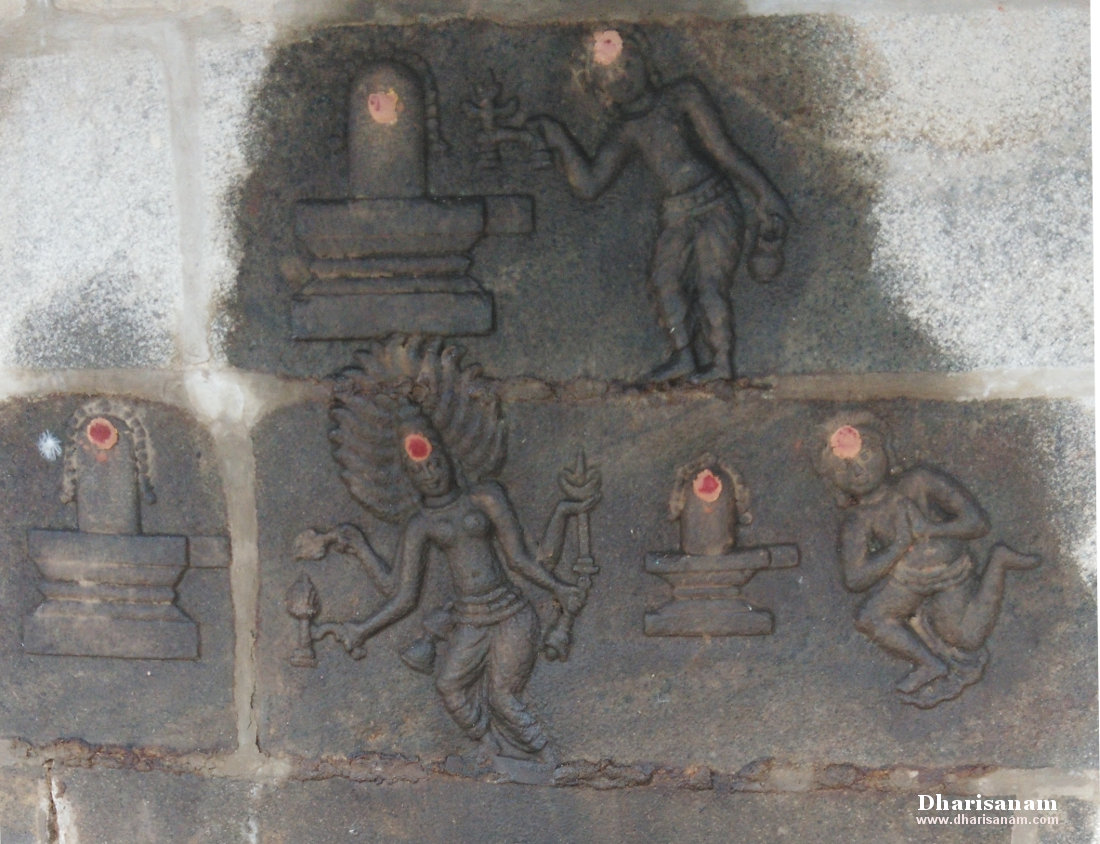 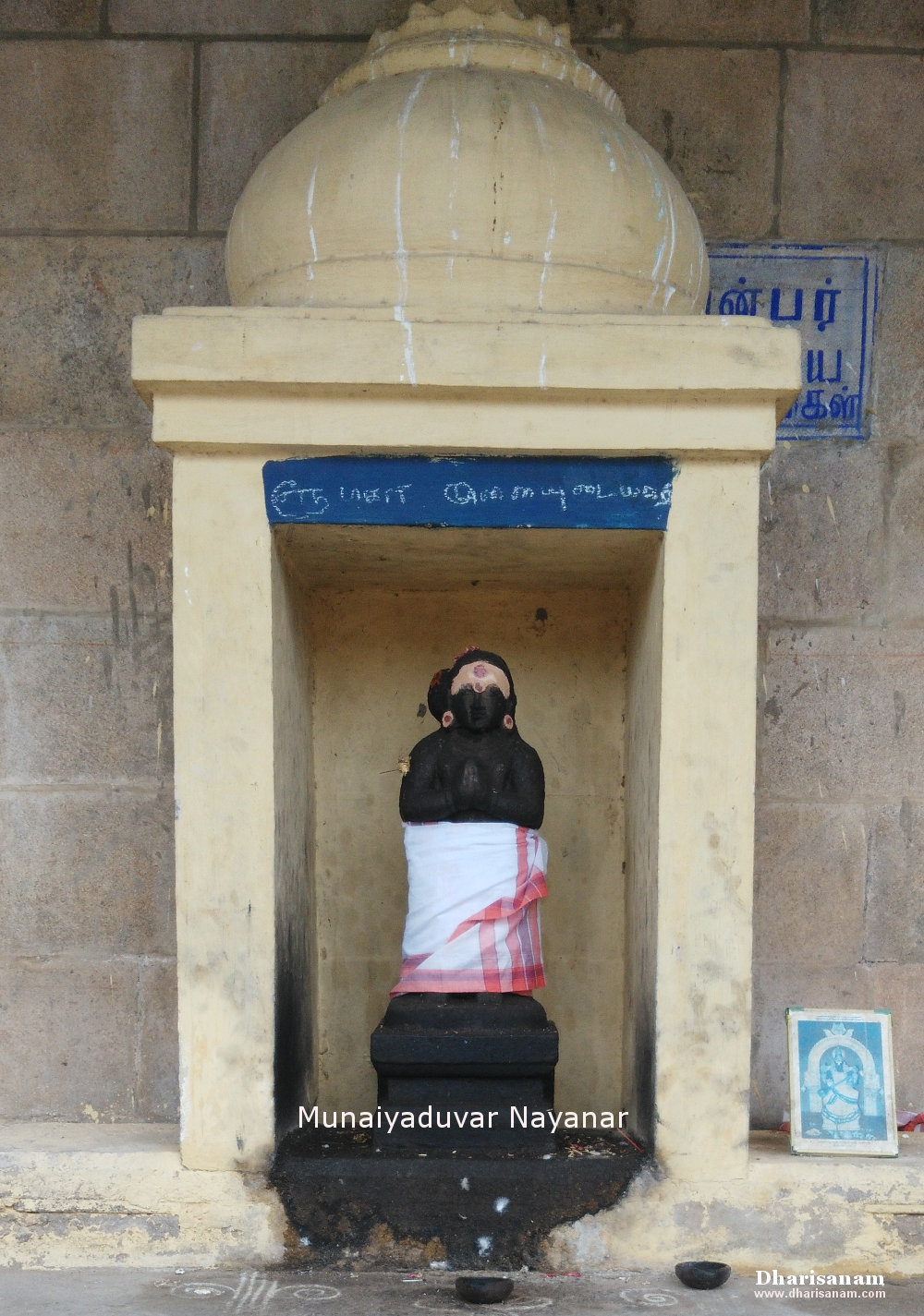 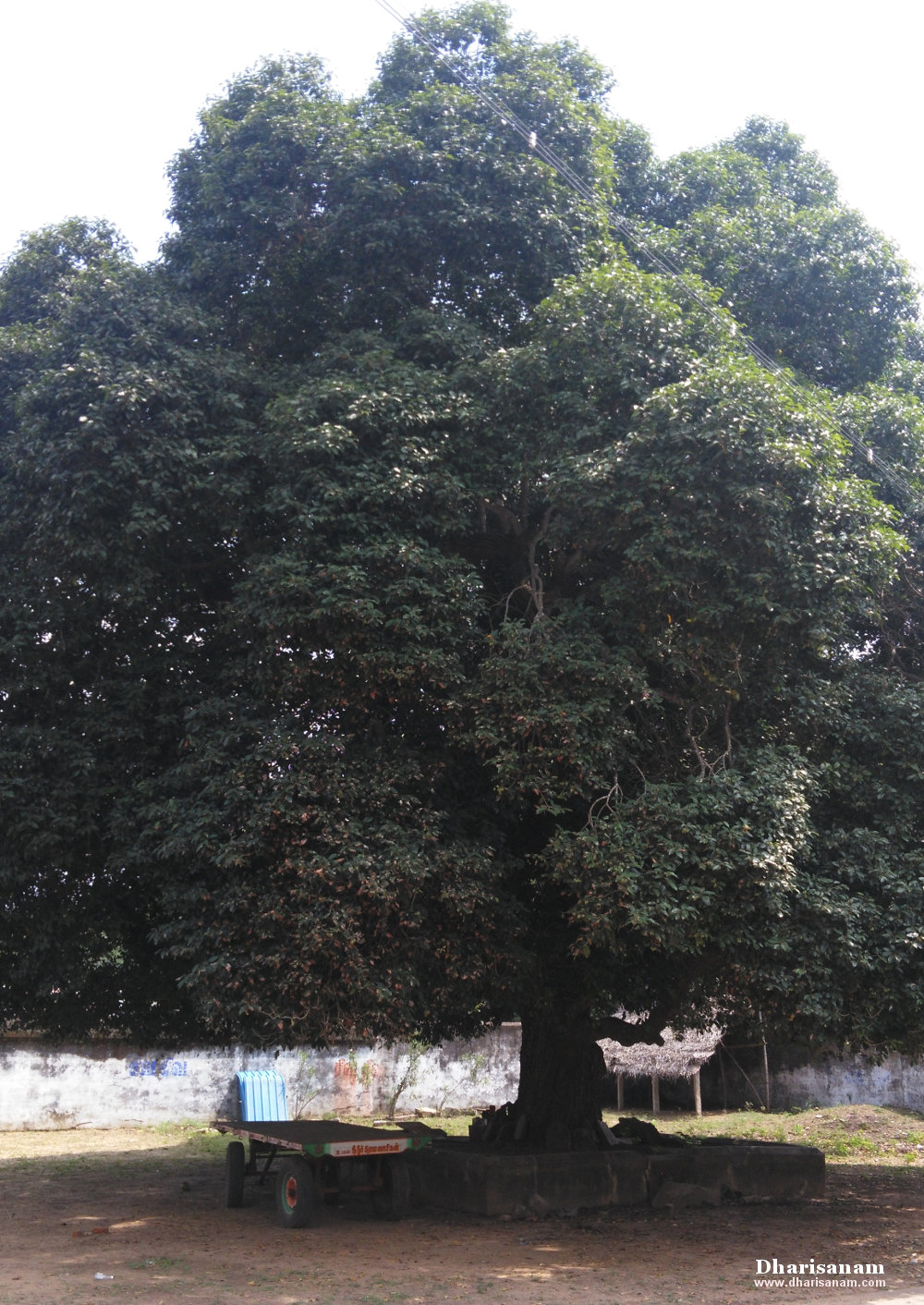 The Sthala Viruksham of this temple (Makizha tree) is very old and huge.

Devotees can also worship Lord Shiva here in order to seek the blessings of wealth and prosperity.

The temple priest, Sri K.Sivasubramaniya Gurukkal can be contacted at 9786879971. 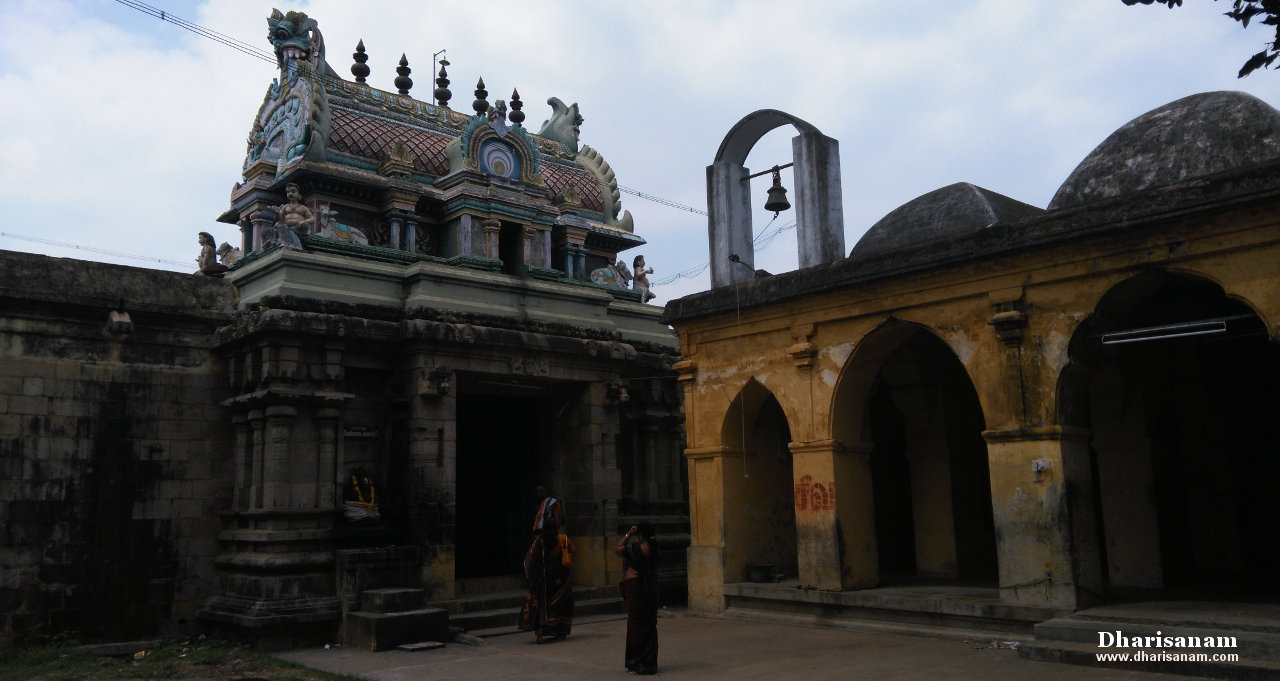 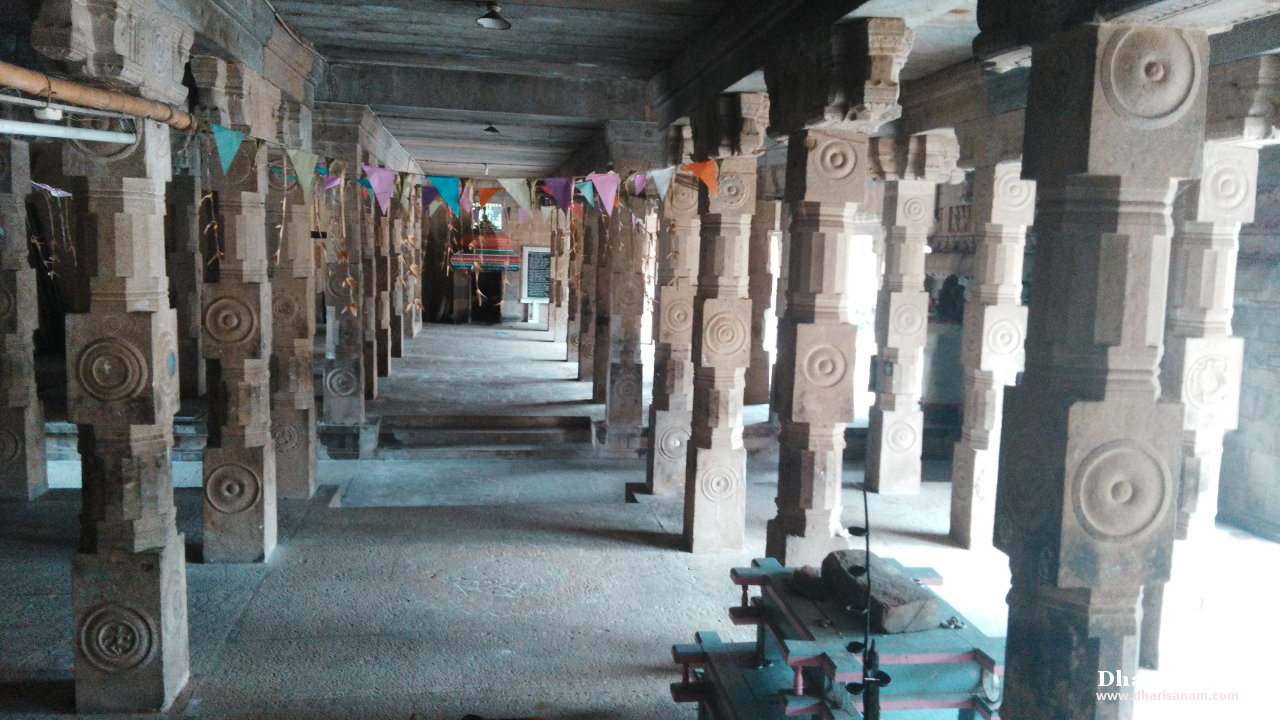 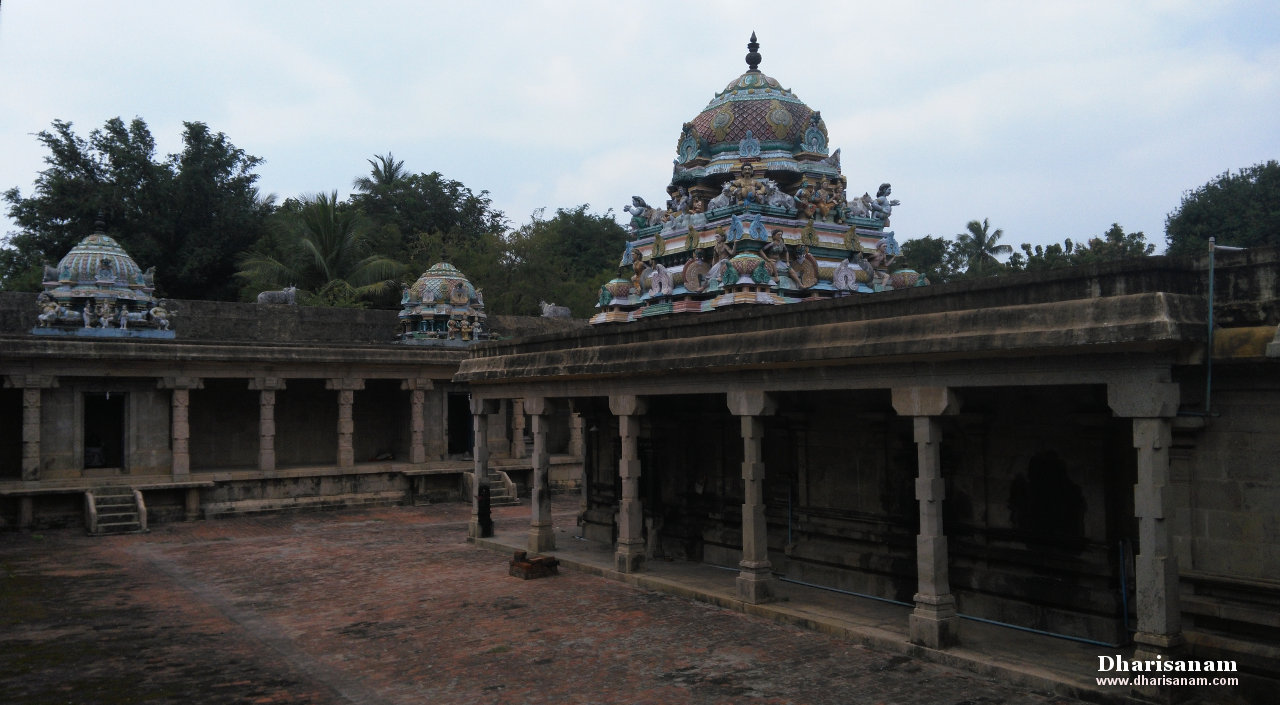 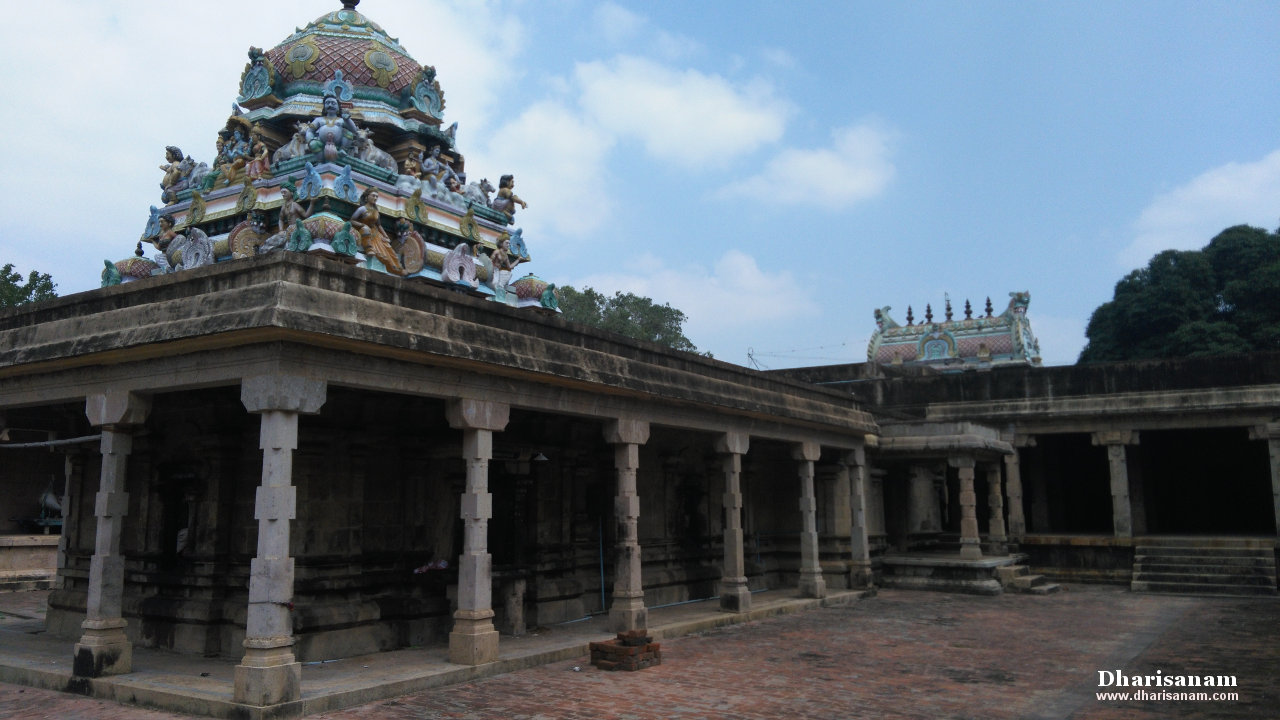 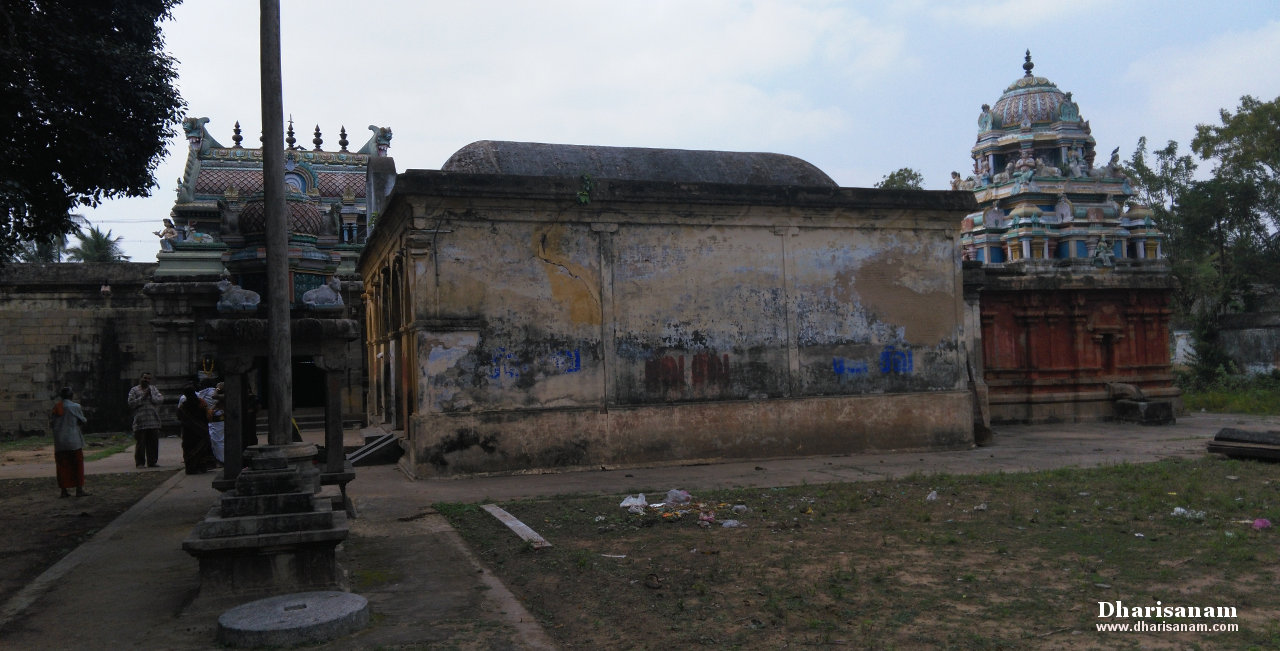