Keezhvelur is situated at a distance of about 14 kms from Thiruvarur on the Thiruvarur to Nagapatinam route. In fact, it is midway in between Tiruvarur and Nagappattinam.

There is a railway station in Keezhvelur and this temple is about 2 kms away from it. Nearest Airport is located at Trichy.

The legend is that once upon a time, when the Devas and Asuras were churning the “Thiruparkadal” ocean to extract nectar, it is believed that a drop of the nectar fell on the ground at two places – one in north India and the other one at this place. The place where it fell in north India is known as “North Badarikaranyam” (present Badrinath in Uttarakand state) and this place is known as “South Badarikaranyam”. Badri refers to “Elanthai” tree and once this region was a forest densely covered with badri trees. The sthalaviruksham of this temple is also badari tree.

There are three stone inscriptions in this temple - two belong to the Tirubuvana Chakravarthi Raja Raja Cholan and one belongs to Tanjore Maratha king Thulajaji.

The temple is built at an elevation of about 21 feet with 18 steps on the hillock and is known as “Chithira Kooda Parvadam”. 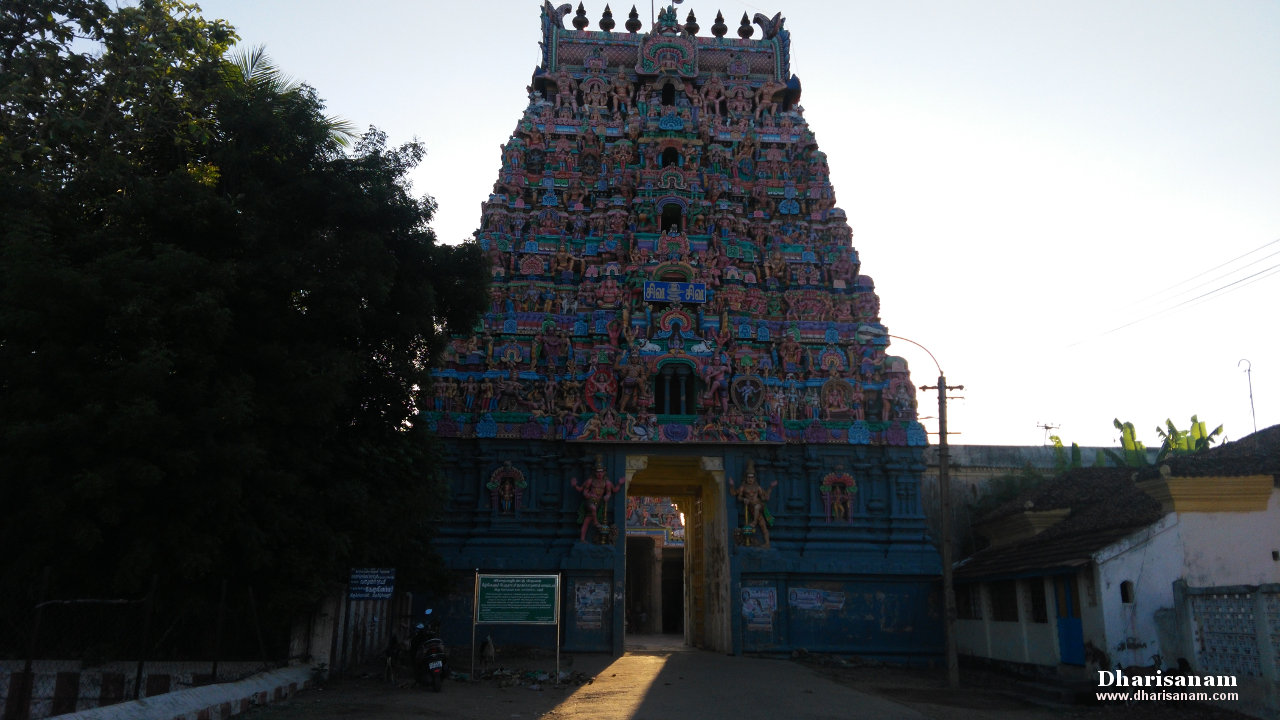 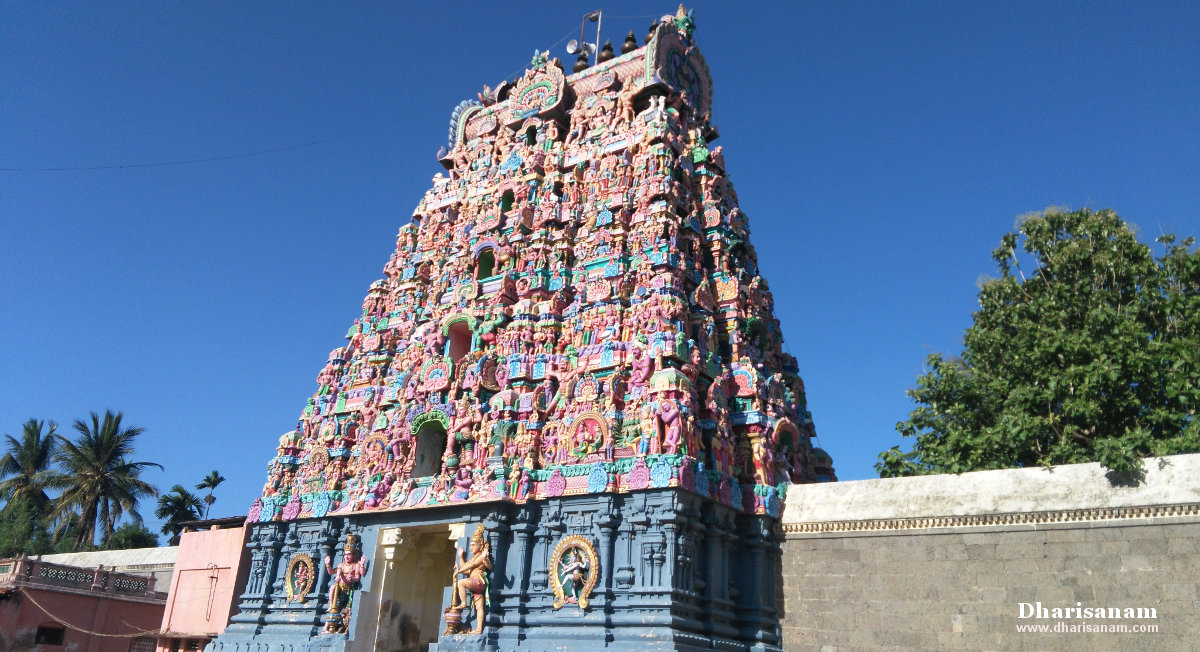 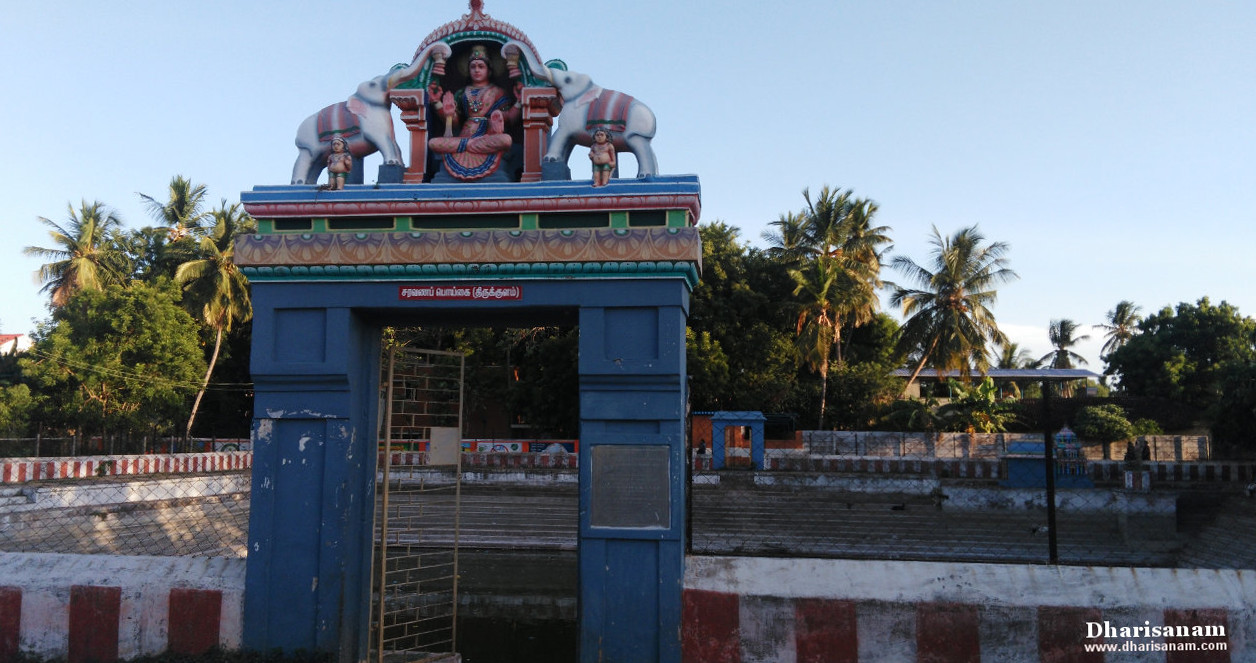 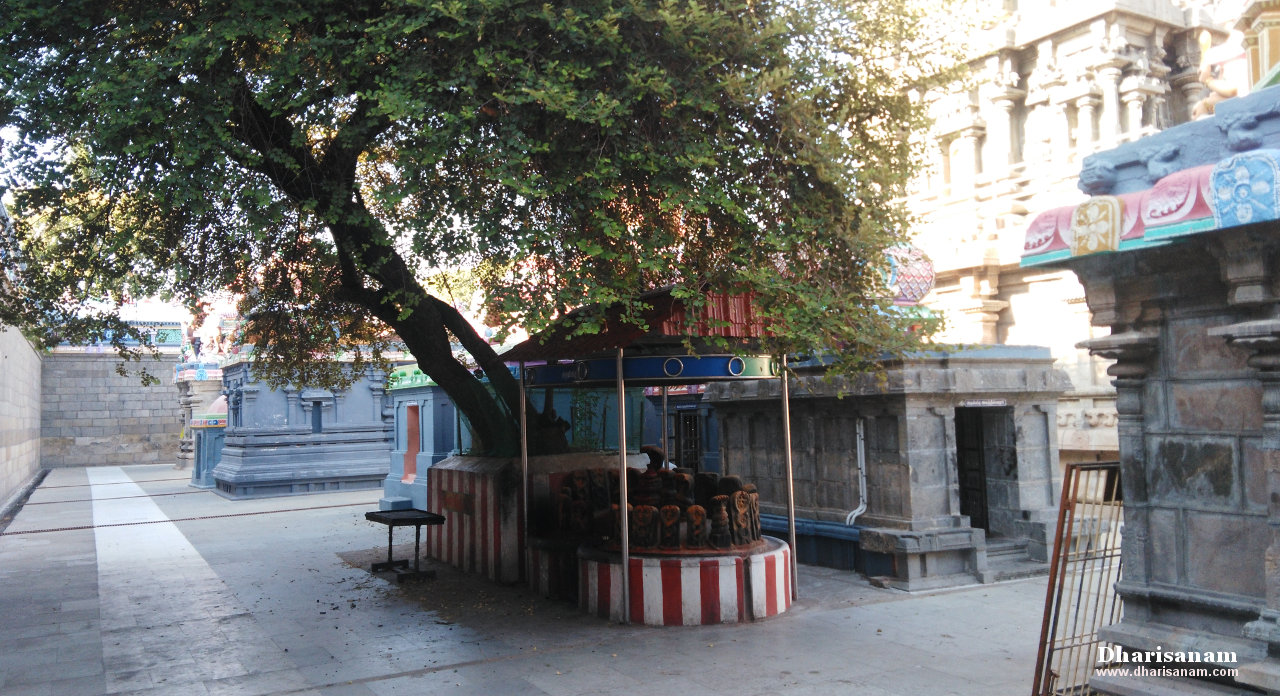 According to sthalapuranam, Lord Murugan sought the blessings of Lord Shiva to cleanse himself of the sin “Veerahathi dosham” that he accrued from killing demon Surapadman. Lord Shiva advised him to go to this place and perform penance. Lord Murugan reached this place and made a Vinayakar with turmeric (Manjal in Tamil) powder and started his worship. That place near Velur is now called Manjadi. He also created a pond using his spear (‘Vel’). With the help of Indra and Maya (the divine sculptor), he built a beautiful temple for Lord Shiva.

During the course of his penance, Veerahathi in the form of “mayas” began to interfere in his worship. He sought the help of Lord Shiva who in turn asked Goddess Parvathi to protect Lord Murugan’s penance. Goddess Parvathi appeared there as “Badrakaali” and protected him by covering all the four directions and the sky. As she covered all the five directions, she is praised here as “Anju Vattathu Amman” (“anju” means five and “vattam” means circle in Tamil). She is also known here as Kaali.

It is believed that Sage Agasthiyar had performed penance here. Lord Shiva was pleased with his prayers and allowed him to witness his wedding darshan as well as his cosmic dance. This is the only place where Lord Shiva danced on a different leg (left leg on the ground and his right leg lifted). It is believed that while he was dancing, Mahavishnu played an instrument (“Mathalam”), Mahalakshmi clapped her hands, Brahma played thalam, Saraswathi played veena, Indra played flute, Vinayakar and Murugan both sung songs while Sages Agasthiyar, Pathanjali and Viyakrapathar worshiped and enjoyed the beautiful dance. The procession idols depicting this dance performance can be seen in the main hall.

It is believed that Kuberan visited this place on an “Atchaya Tirithia” day and worshiped the lord. Lord Shiva gave him nine pots full of wealth, which included the “Sanga Nidhi” and “Paduma Nidhi”.

Other than the shrines of Lord Shiva and Goddess Parvathy, shrines and idols of Badari Vinayakar, Murugan, Natarajar, Somaskandar and Kuberan can be seen in the main hall and the corridors.

There is a lingam under the sthala viruksham that is believed to have been worshiped by Sage Agasthiyar.

All the idols of Navagraham are seen in a single row facing Lord Shiva. Normally in other temples, they are in the 3X3 matrix. 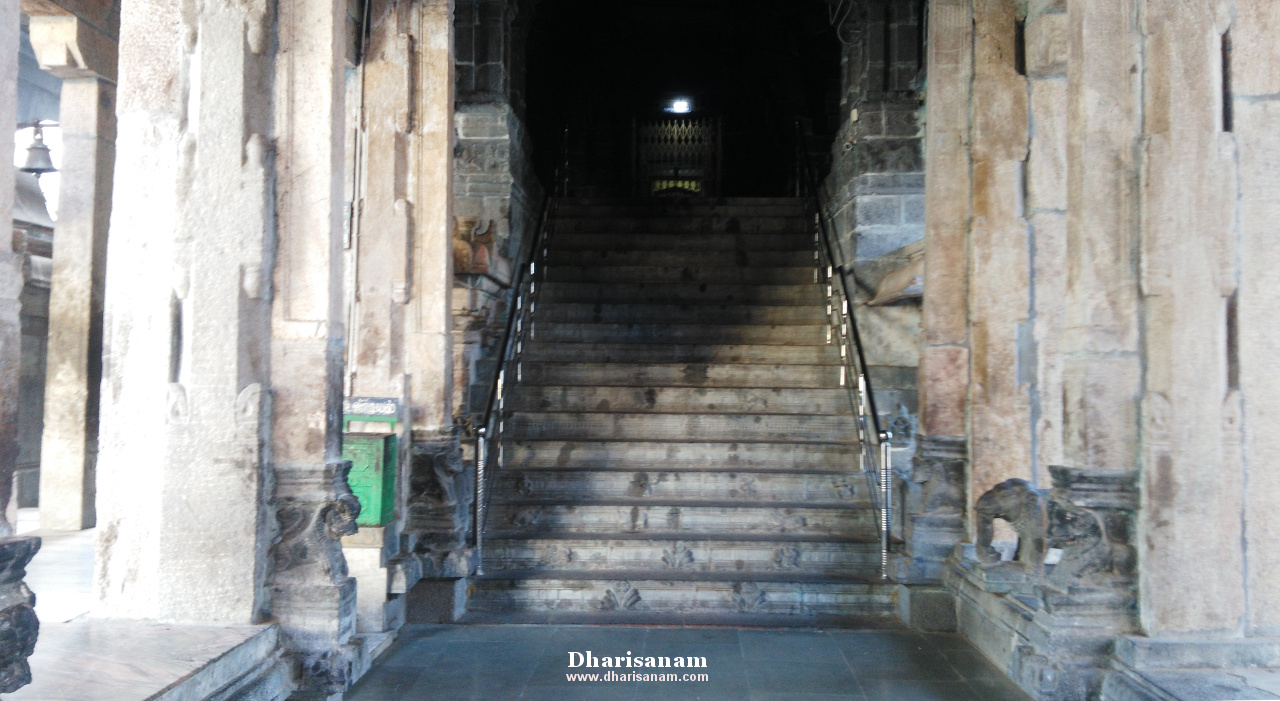 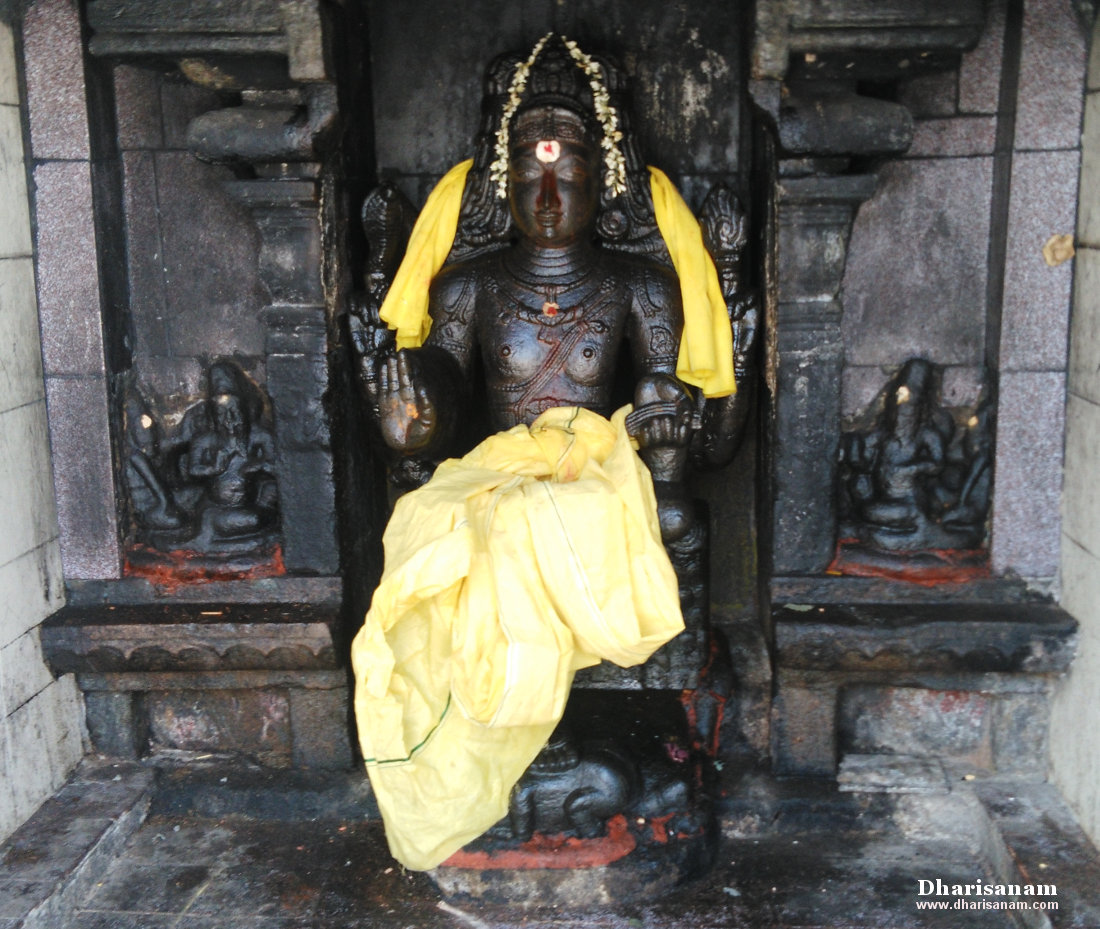 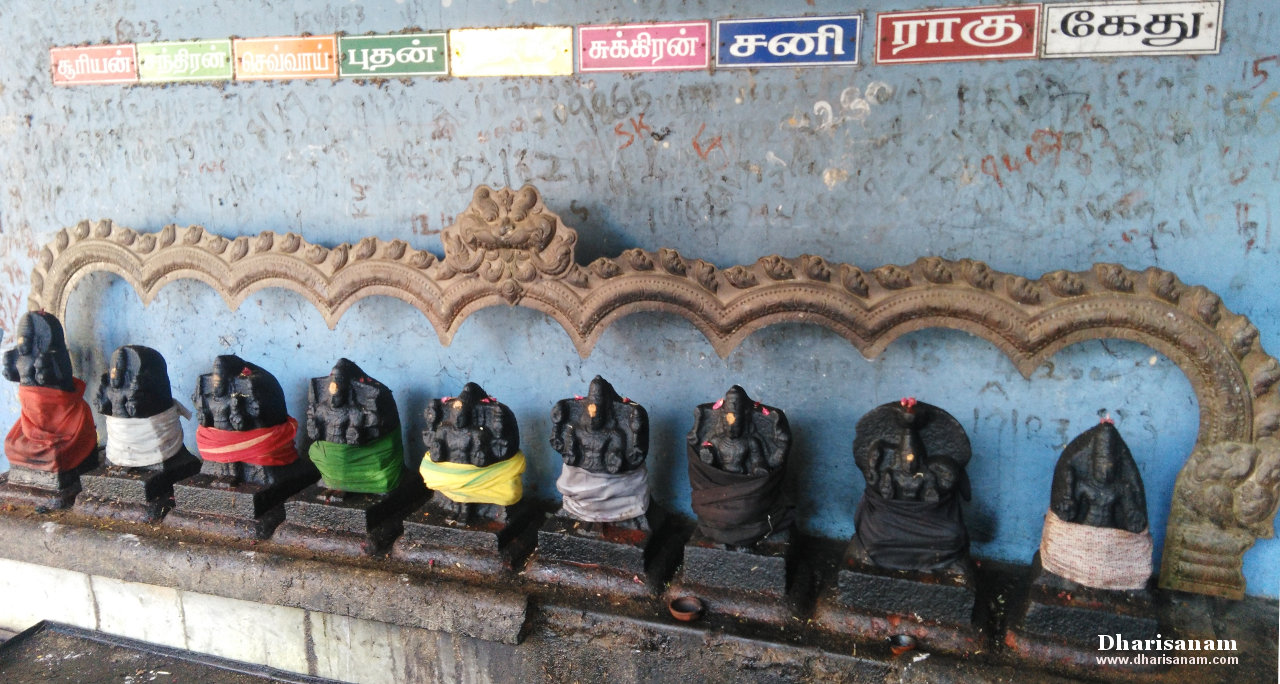 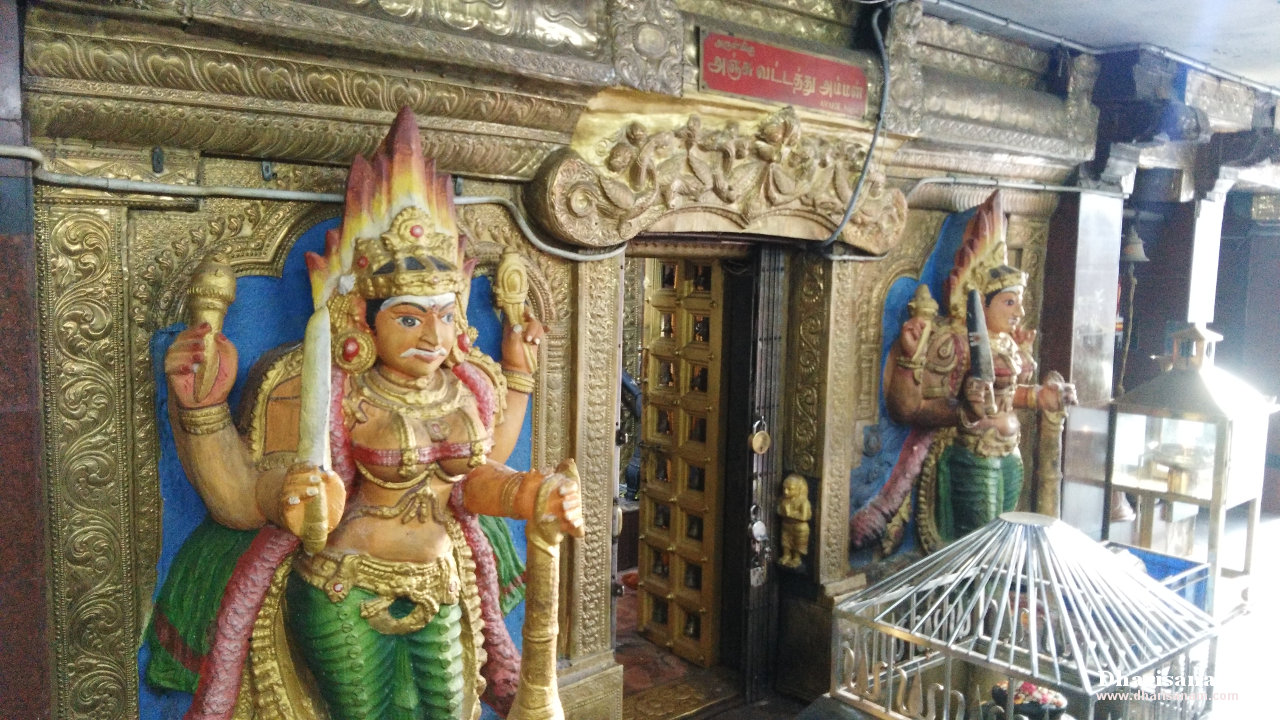 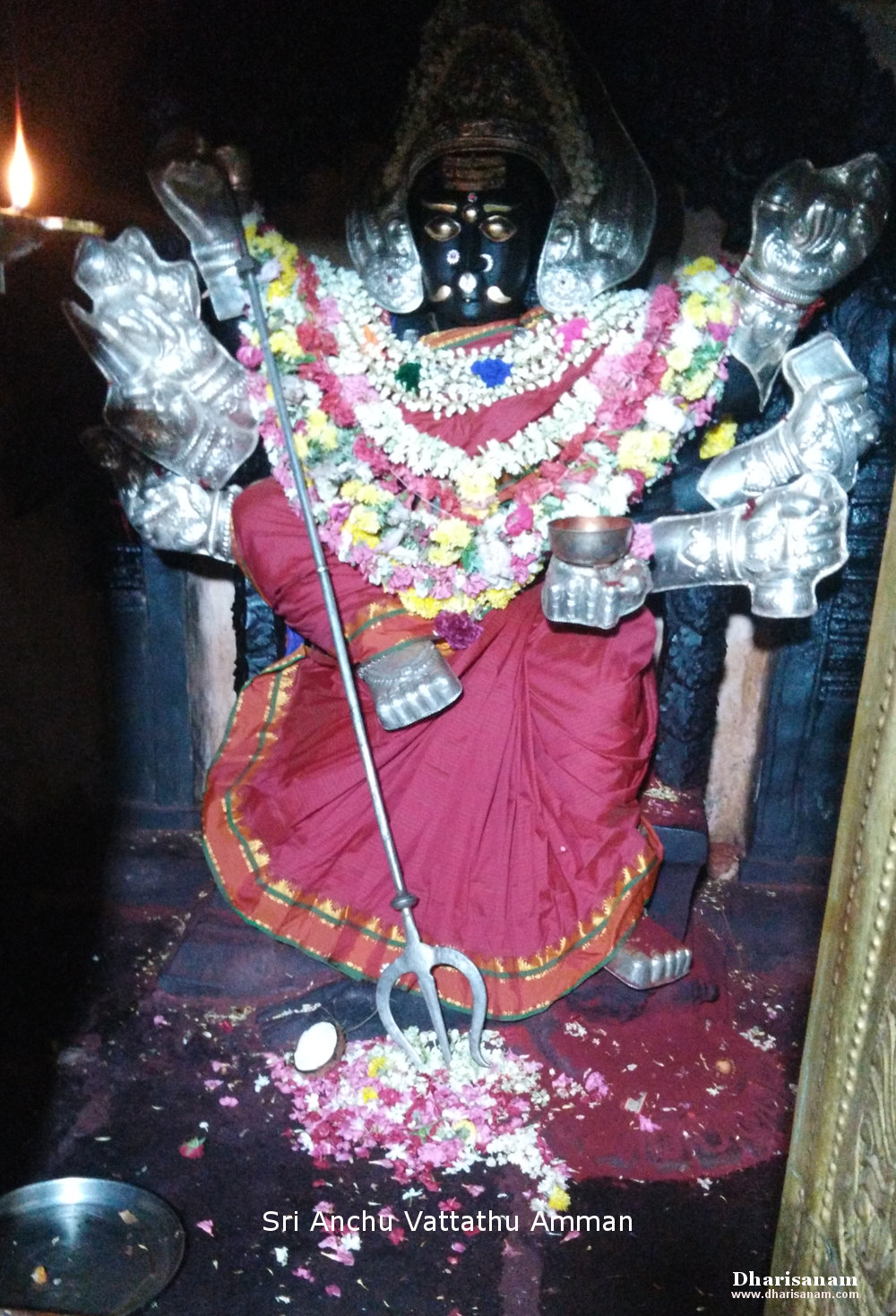 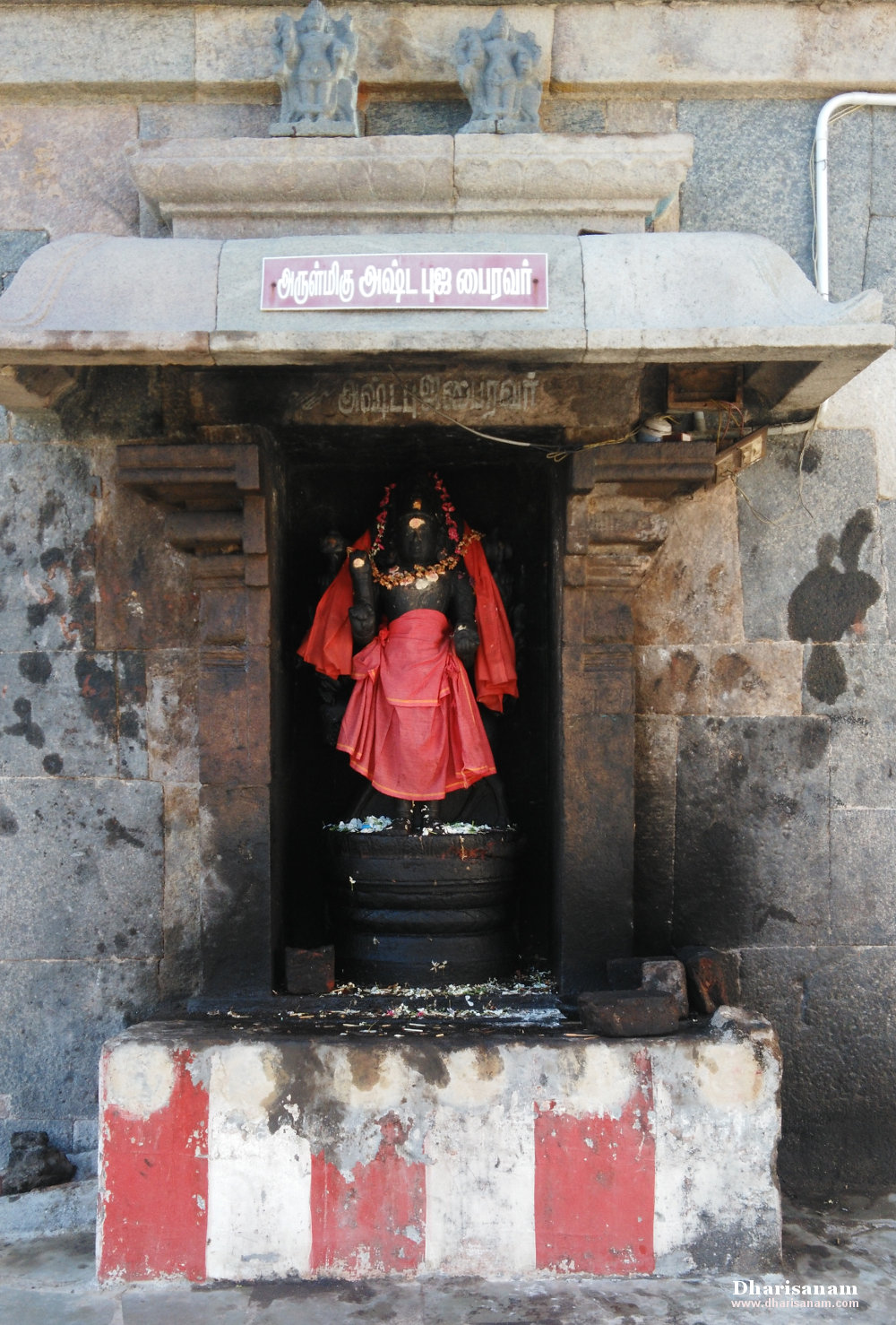 This temple is huge in size and has marvellous architecture. There are two adjacent towers (vimanam) on the sanctum sanctorum – one for the “moolavar” and the other one is for Somaskandar. The tower on the moolavar is built with granite and has a lot of beautiful sculptures.

In the koshtam near Lord Dakshinamurthy’s shrine, there are some beautiful idols including those of Veena Dakshinamurthy (2), Pitchandavar and Sri Katchiyalitha Nayakar.

At many places in his hymn, Saint Thirugnanasambanthar refers to this temple as “perunthirukkoil” - meaning a big temple. Saint Thirunavukkarasar mentioned in his hymn that whosoever worships the lord here will be relieved from all kinds of detriments

It is believed that the idol of Lord Murugan here was made by the same sculptor who made Lord Murugan’s idol in Tiruchendur.

Goddess Kaali is made of ‘sand’ (‘Sudhai’), hence only “Punugu” (civet) and sambirani thailam are applied once in a while. The Anju Vattathu Amman Koil here is famous among devotees.

A huge and beautiful statue of Nandhi, made of sand (“sudhai”) can be seen next to the flag post.

The idol of Natarajar here is incredibly beautiful and it dates back to the 18th century. The lord is seen here standing with his left leg and his right one is lifted above. Here he is seen with ten hands. This is a very unique posture.

This temple has been glorified by saint Muthuswamy Dheekshidhar in his song “Akshaya Linga Vibho” set in the raga “Sankarabharanam”. 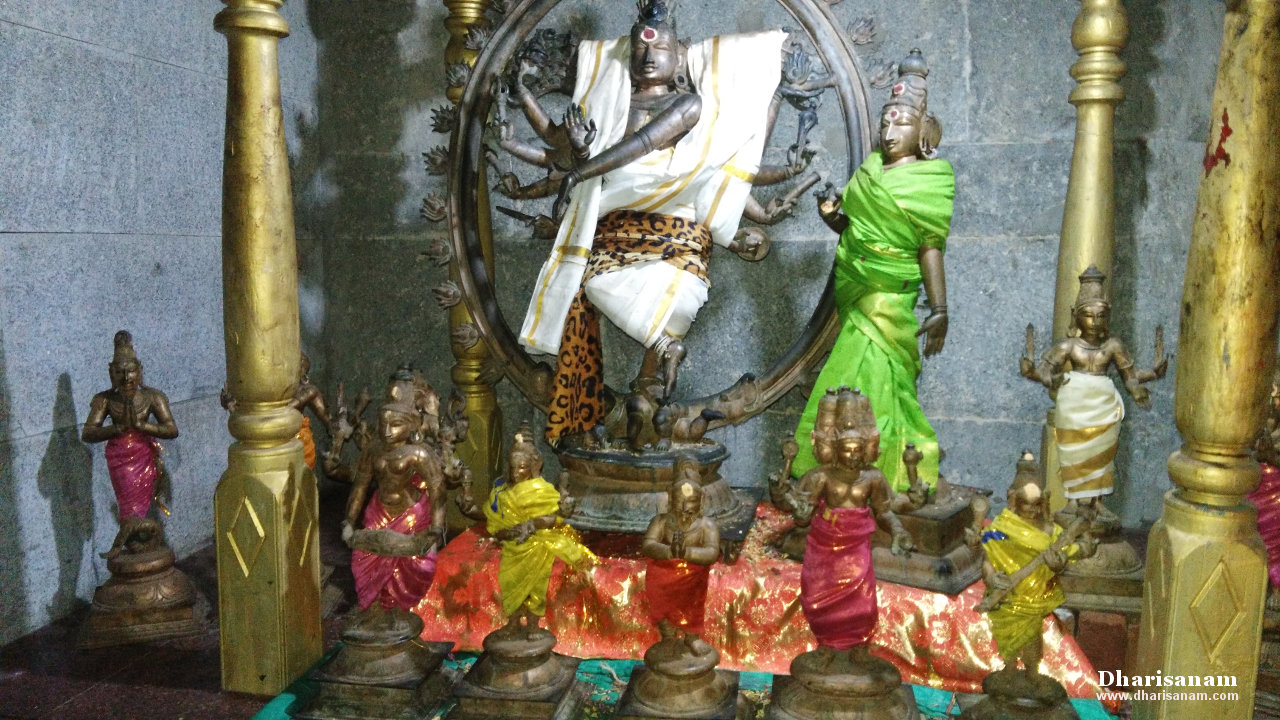 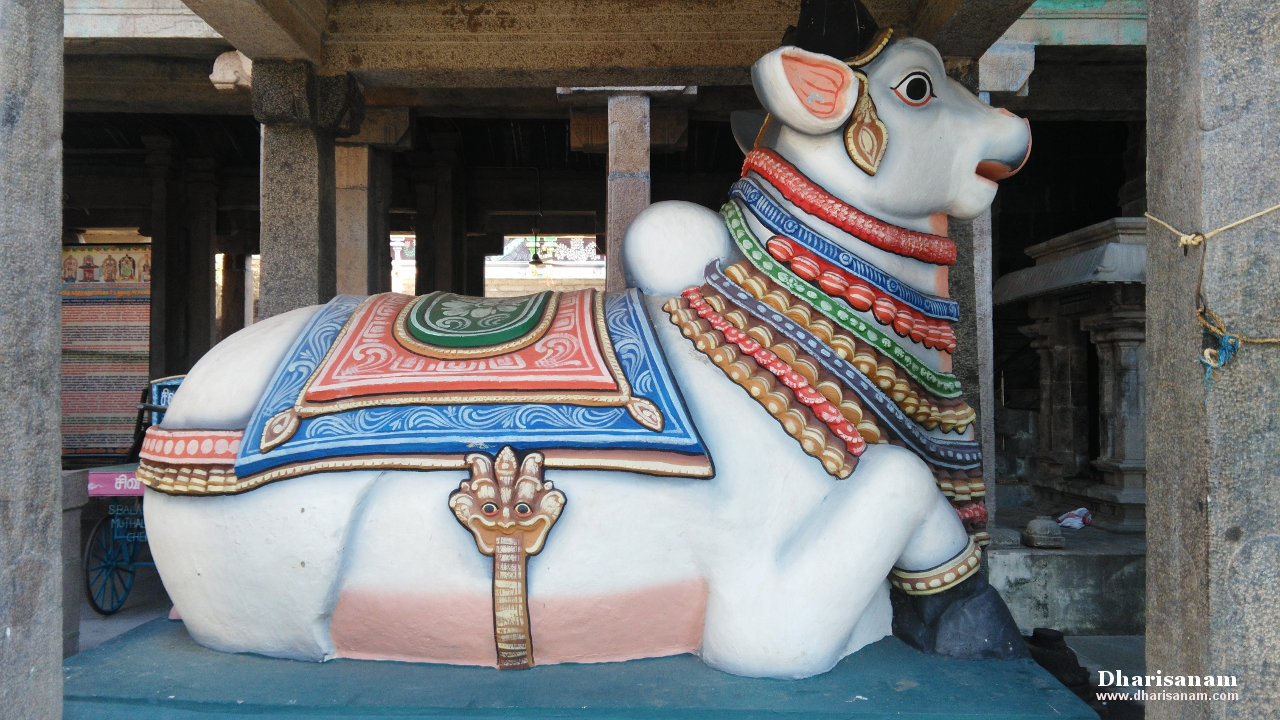 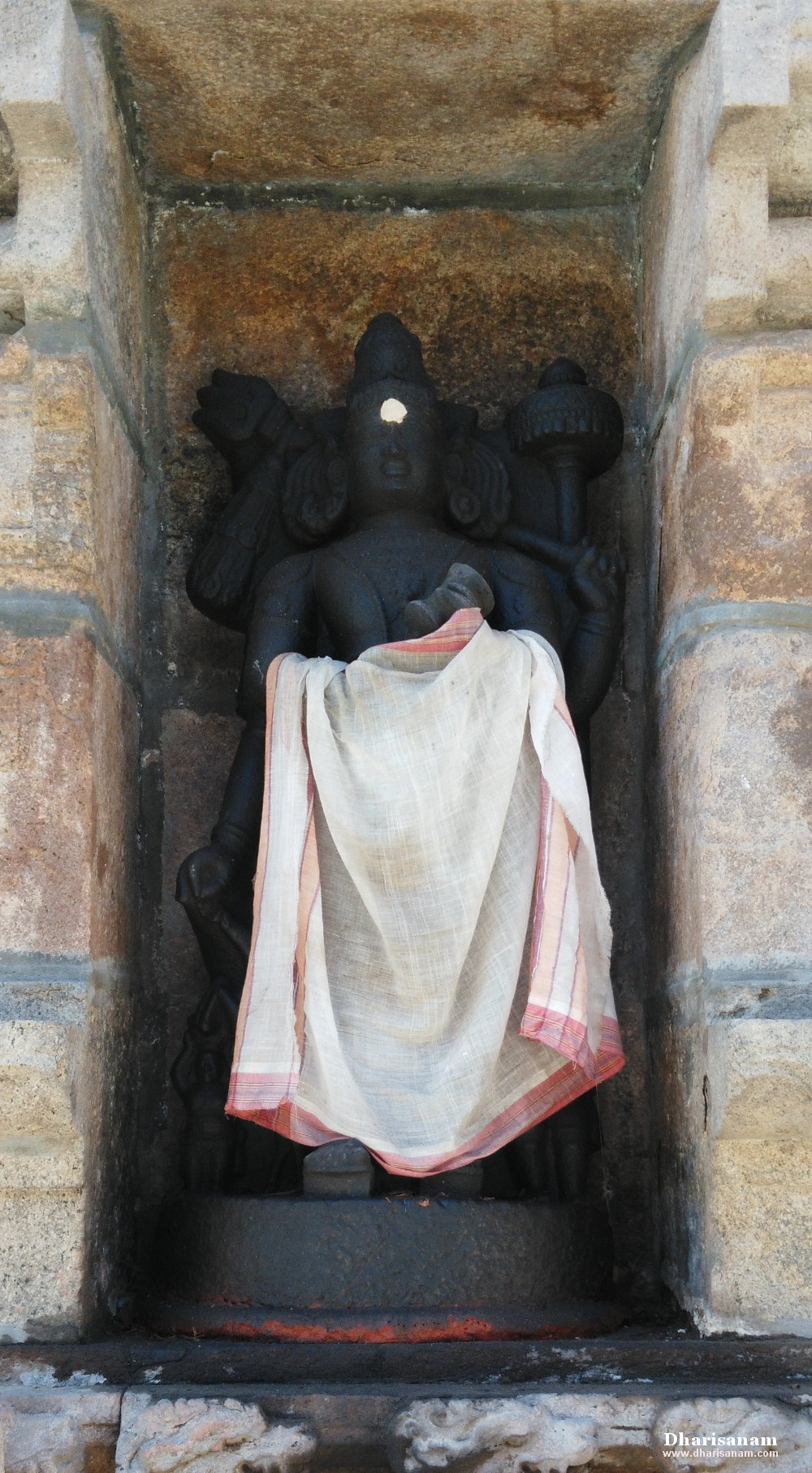 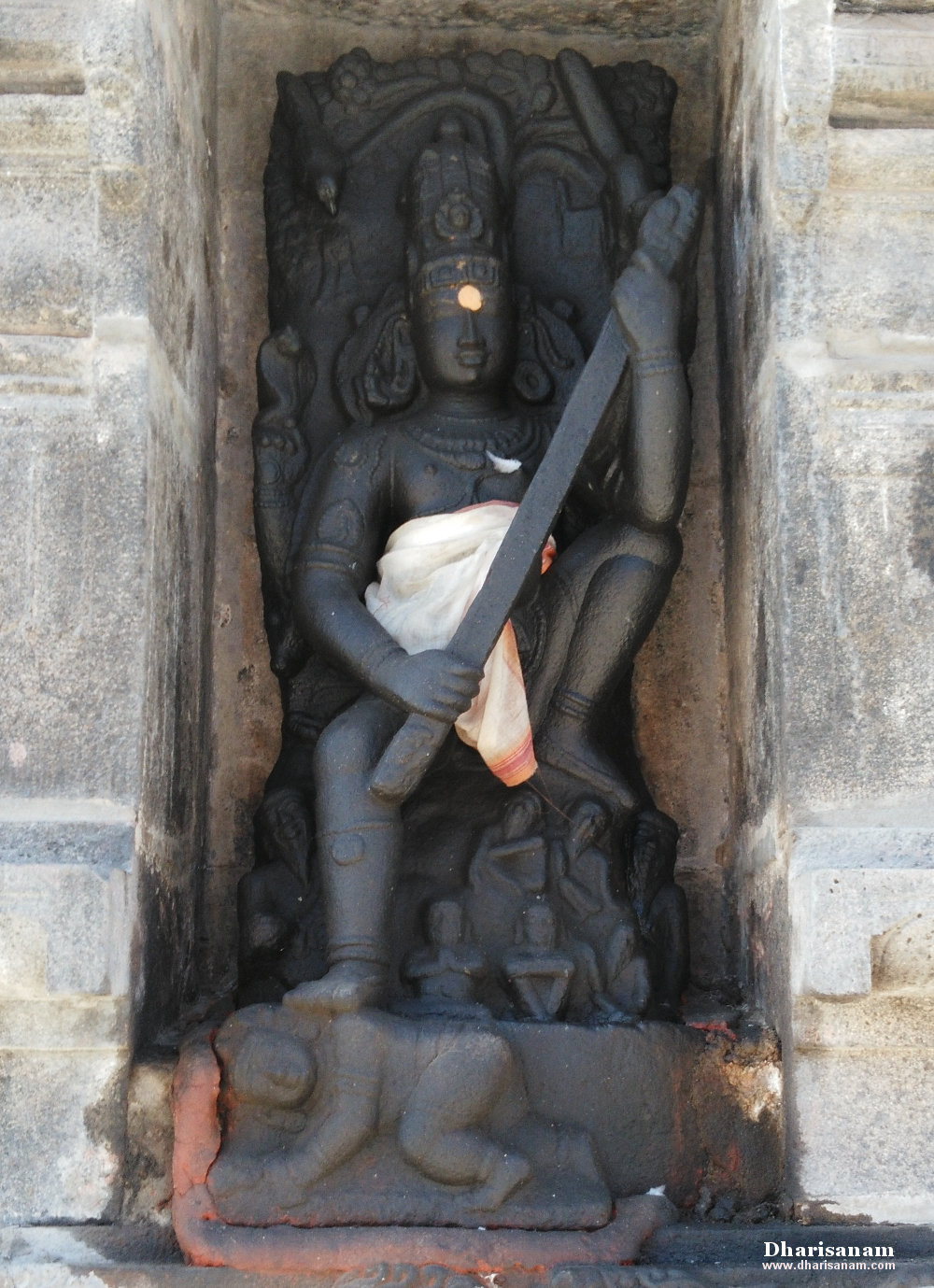 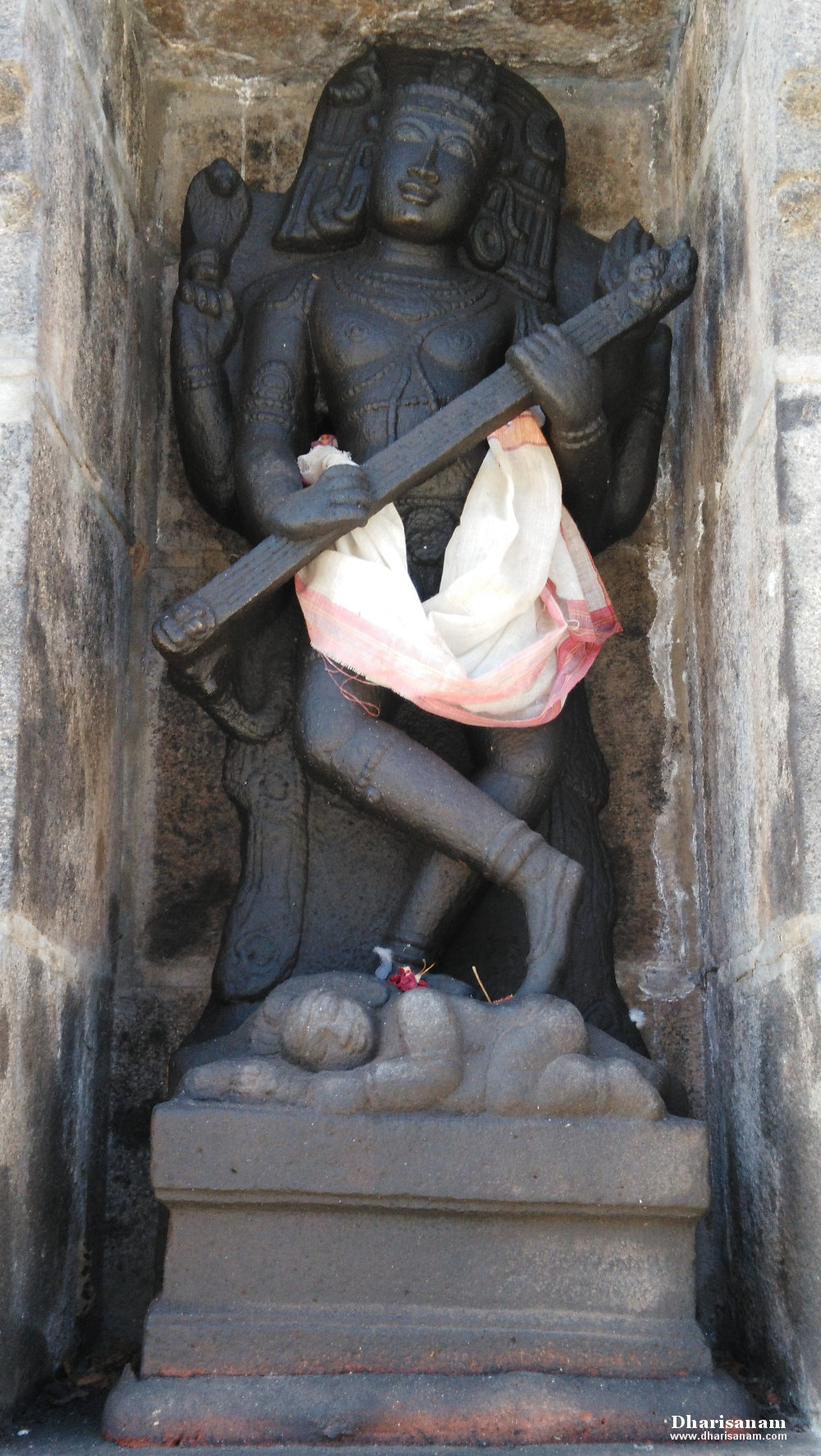 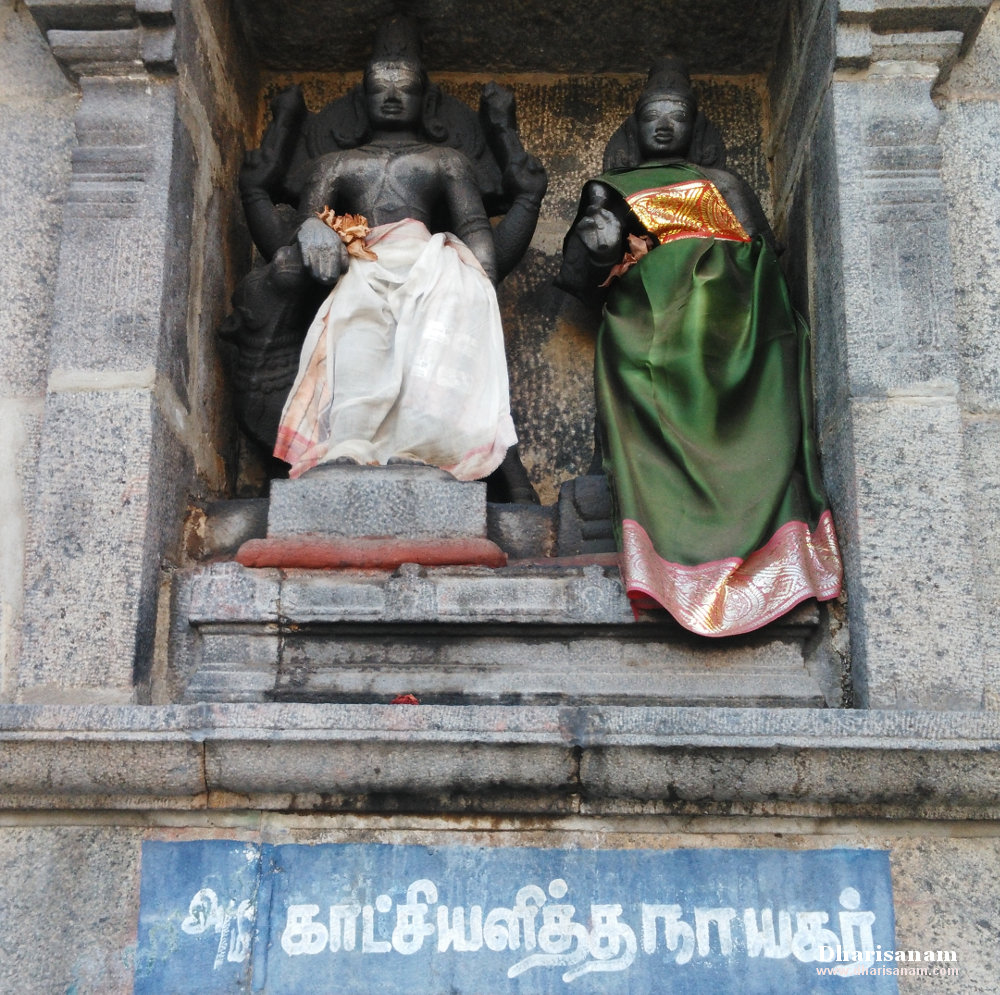 Devotees believe that by worshiping the lord here, they will be absolved of the all the sins they might have accrued from their previous births.

This is a “parihara sthalam” for all kinds of doshas including “Pithru dosham”.

Thiru Karthikai and Somavaram in the Tamil month of Karthikai (Nov-Dec), 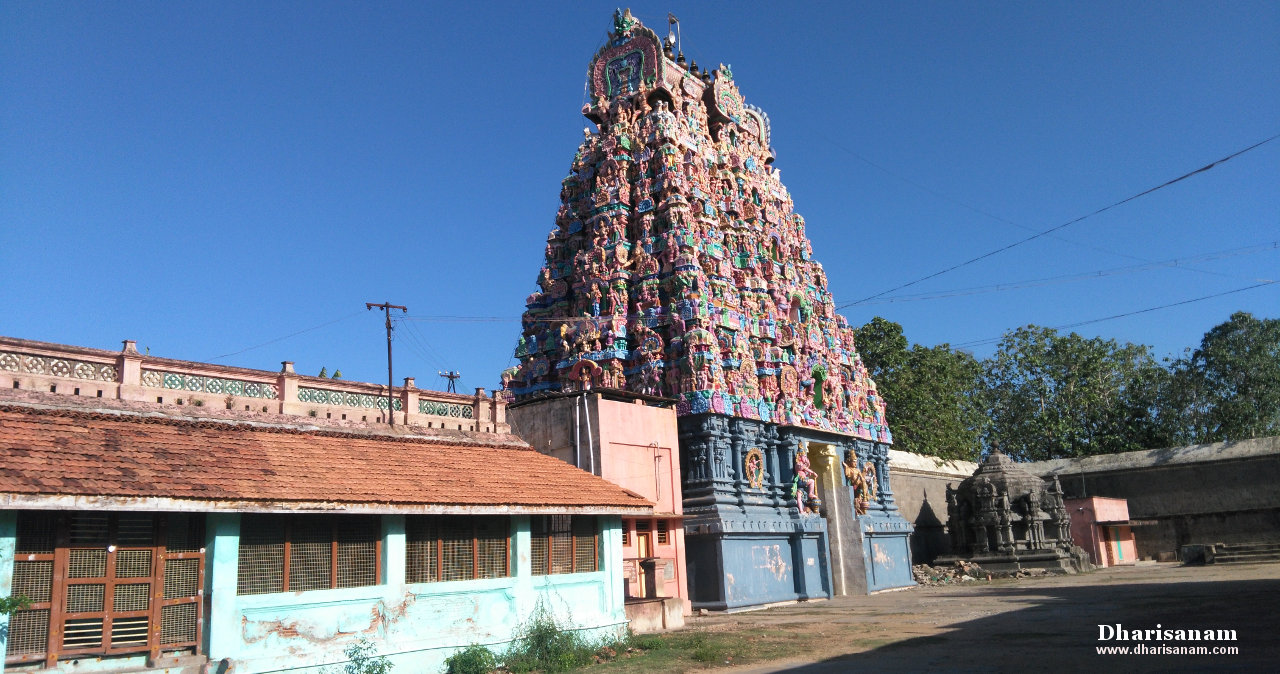 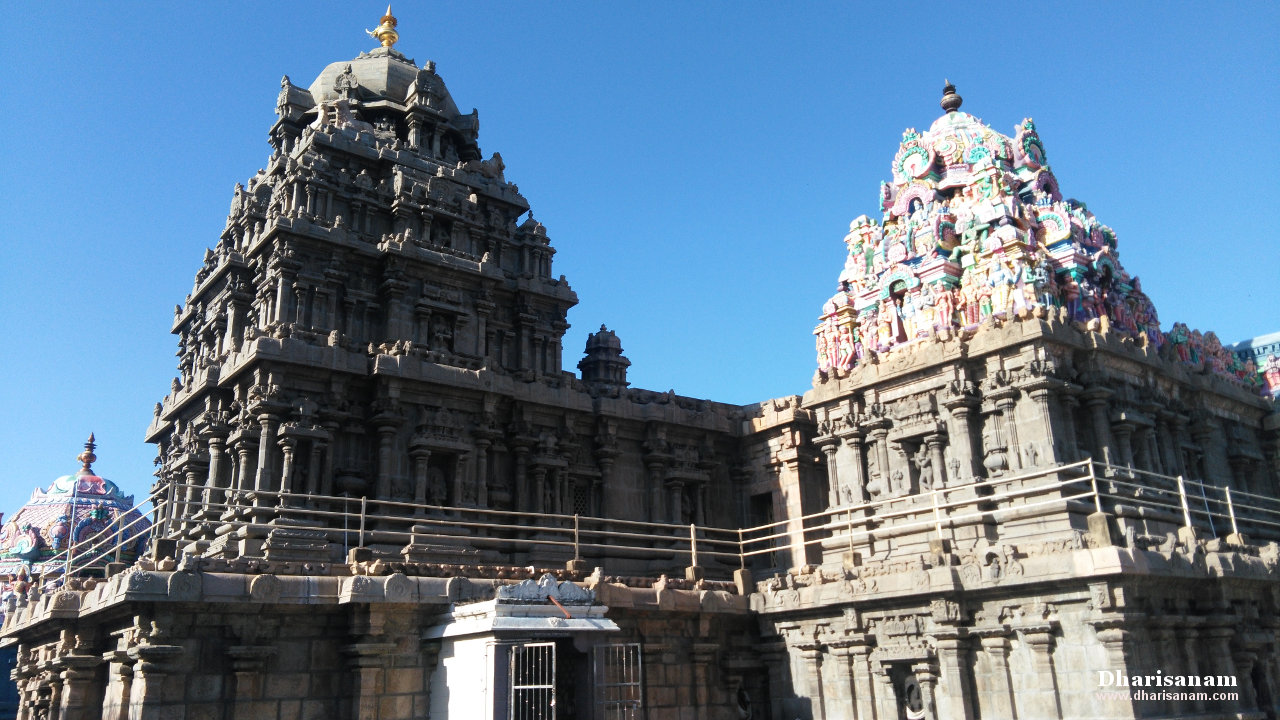 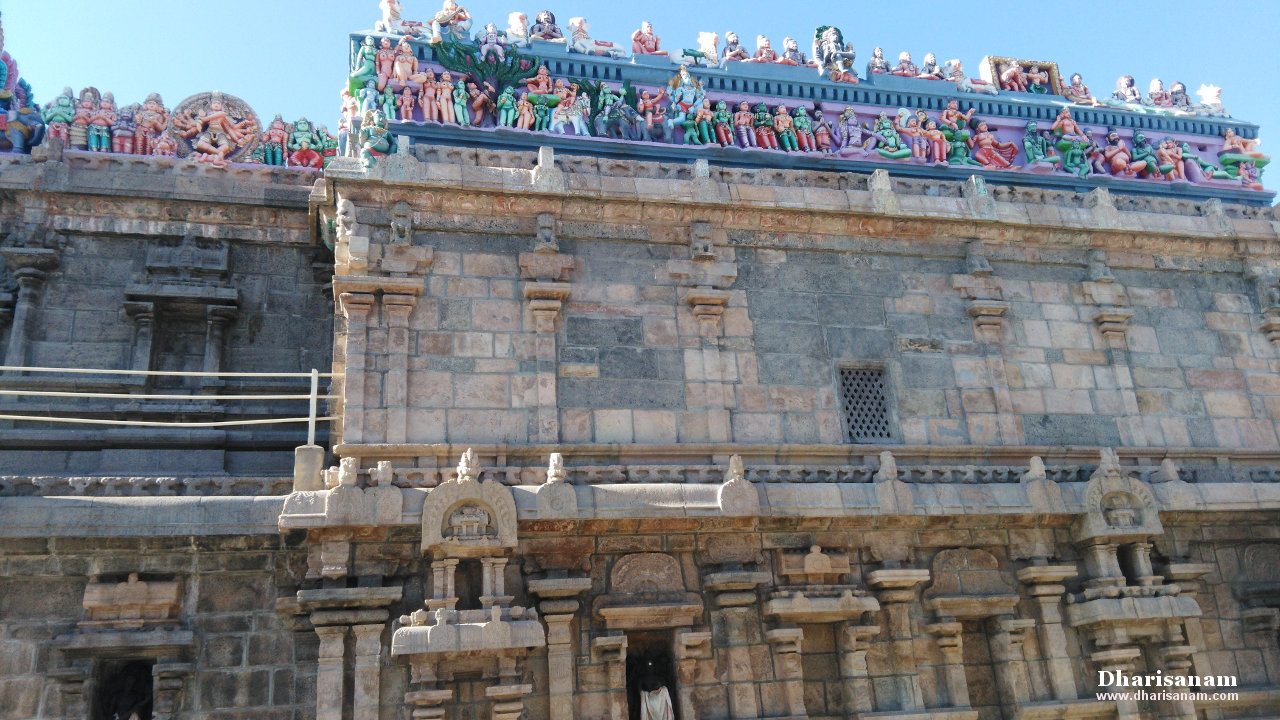 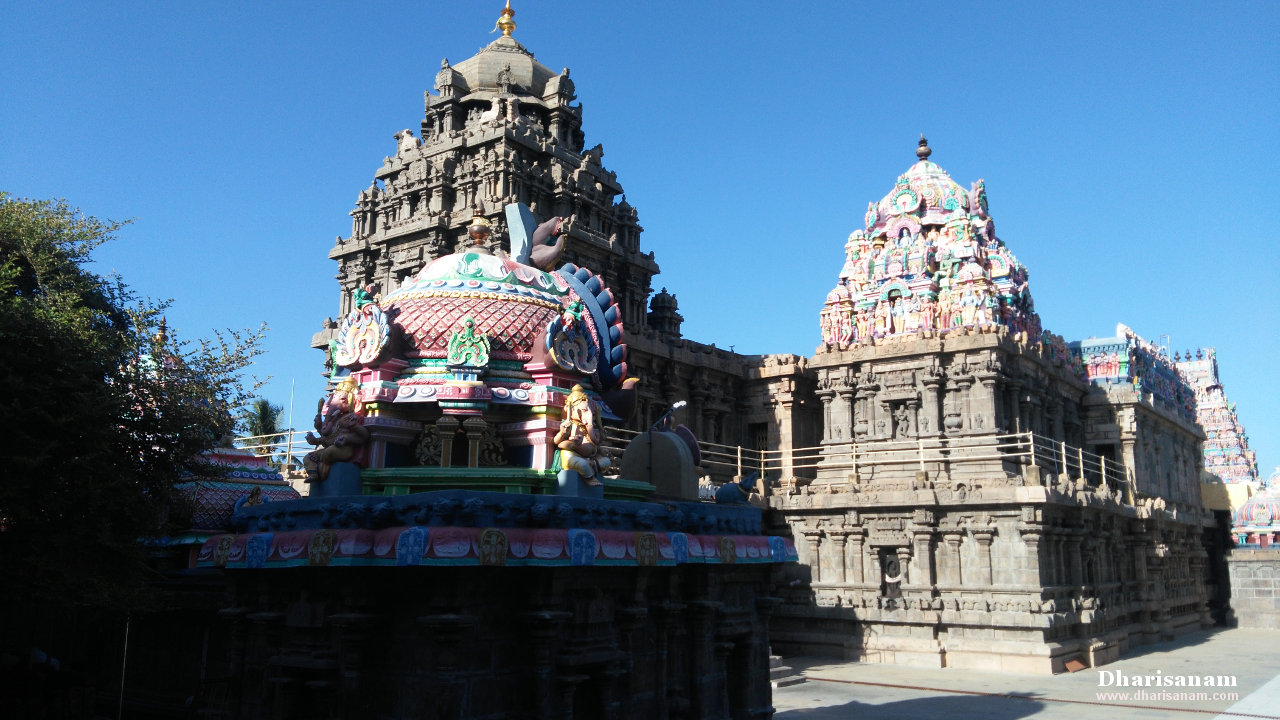 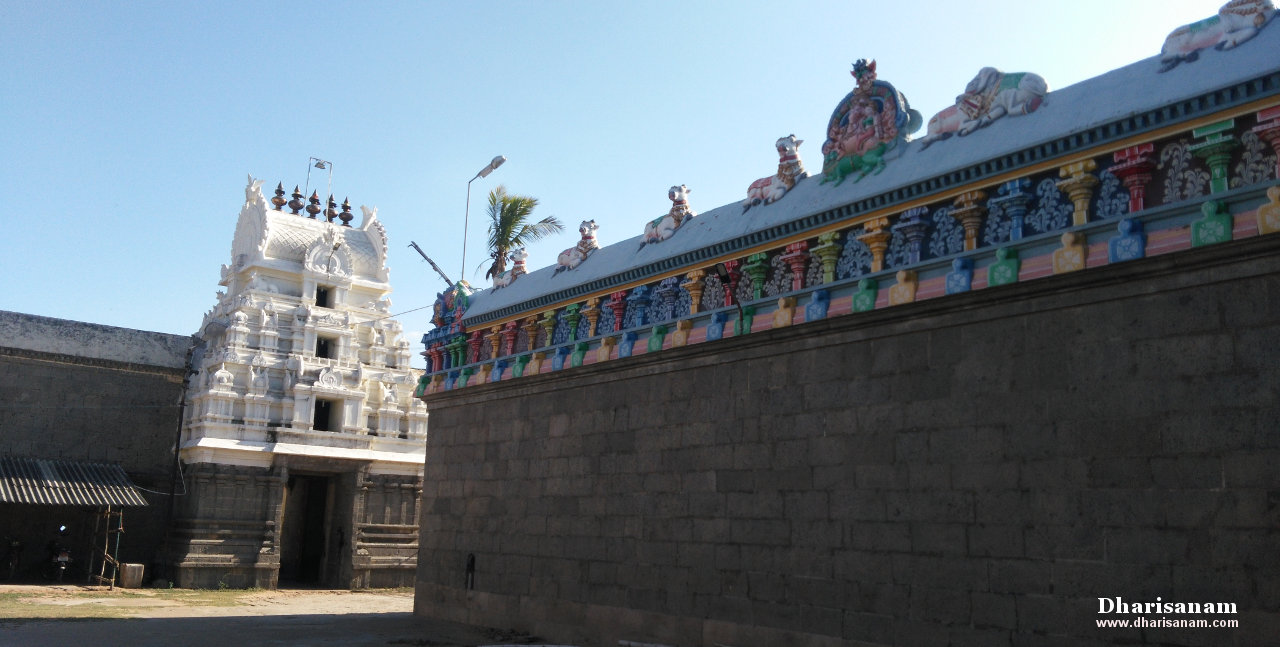 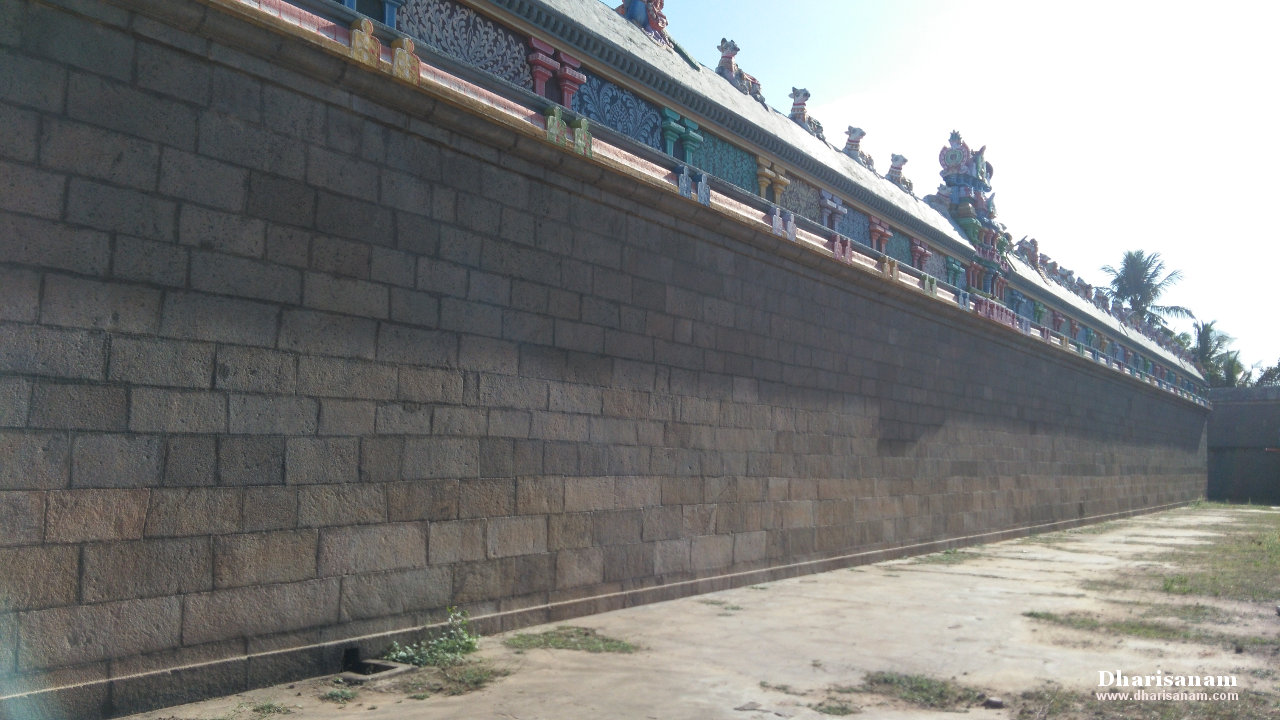 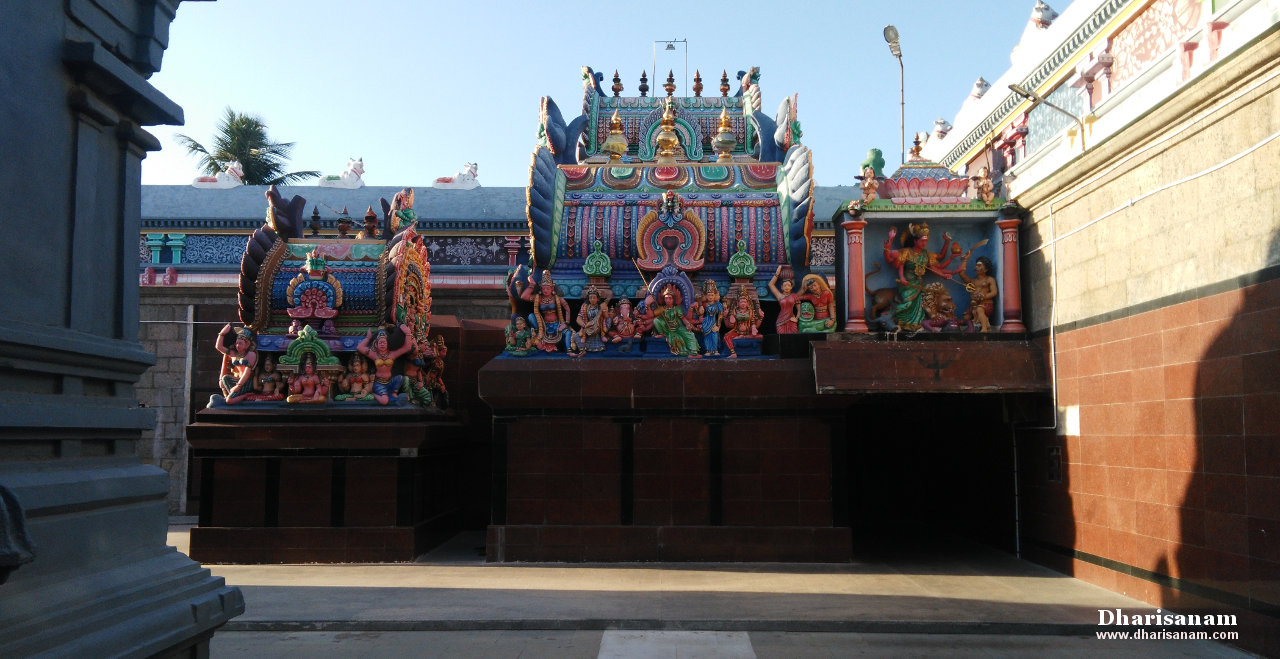