It is about 2 kms away from the famous Thingalur Lord Chandran temple.

“Pazhanam” means fertile land. True to its name, this place is surrounded by many such fertile fields.

There are about 28 stone inscriptions in this temple which date back to the periods of many Chola kings like Aditha Cholan-I, Paranthakan-I, Kulothungan-III, Rajarajan and Rajakesari Varman.

This temple is one of the 88 temples controlled by the Tanjore Palace Devasthanam.

This temple is also under the purview of the Hindu Religious and Charitable Endowments Department of Government of Tamil Nadu (HR&CE). 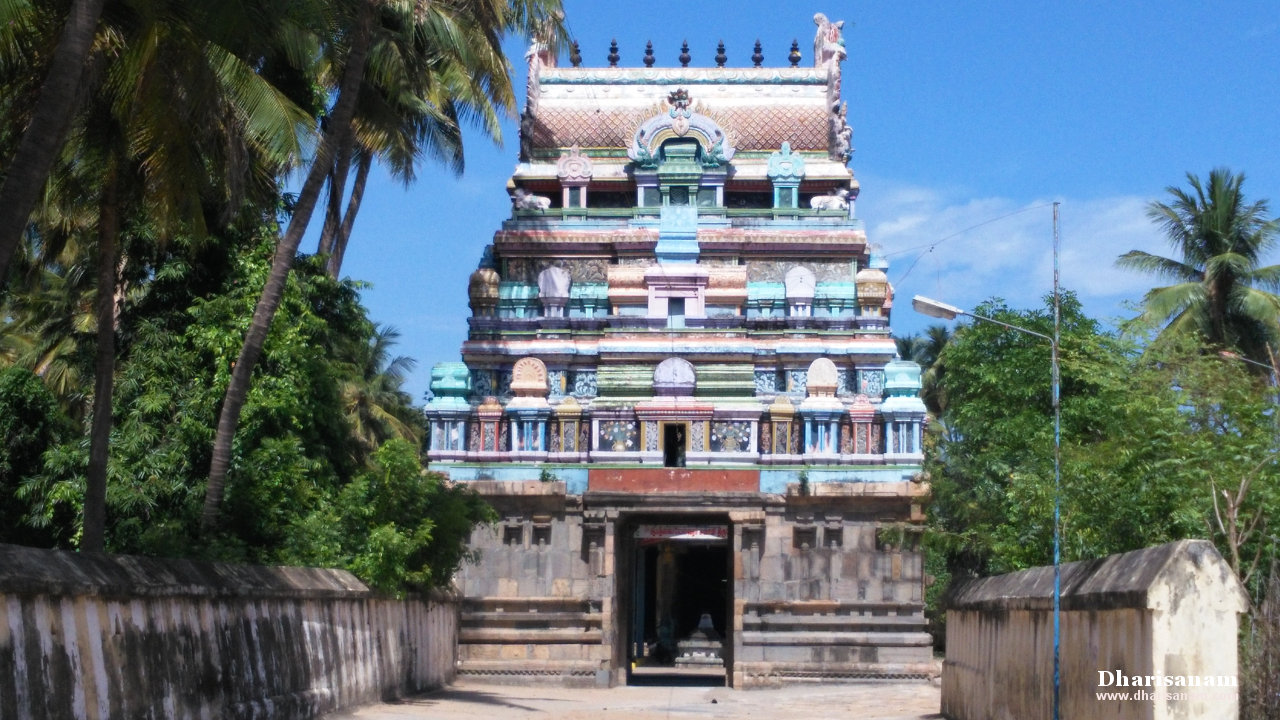 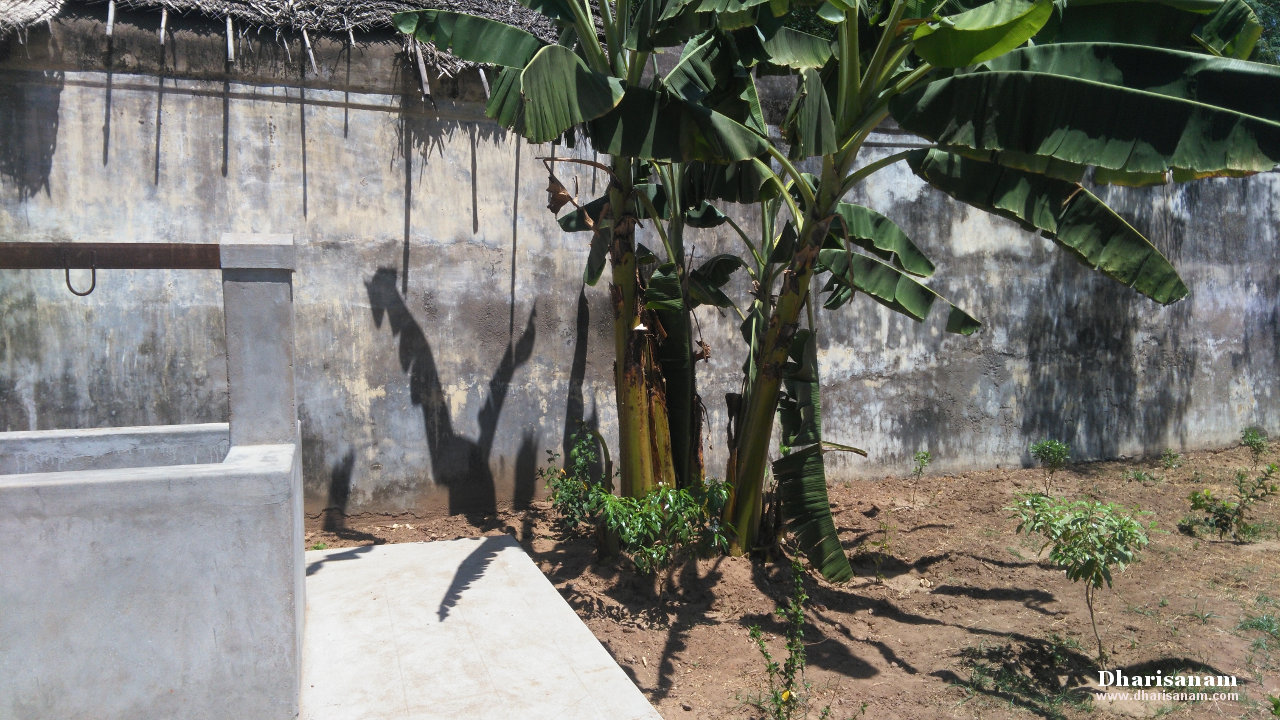 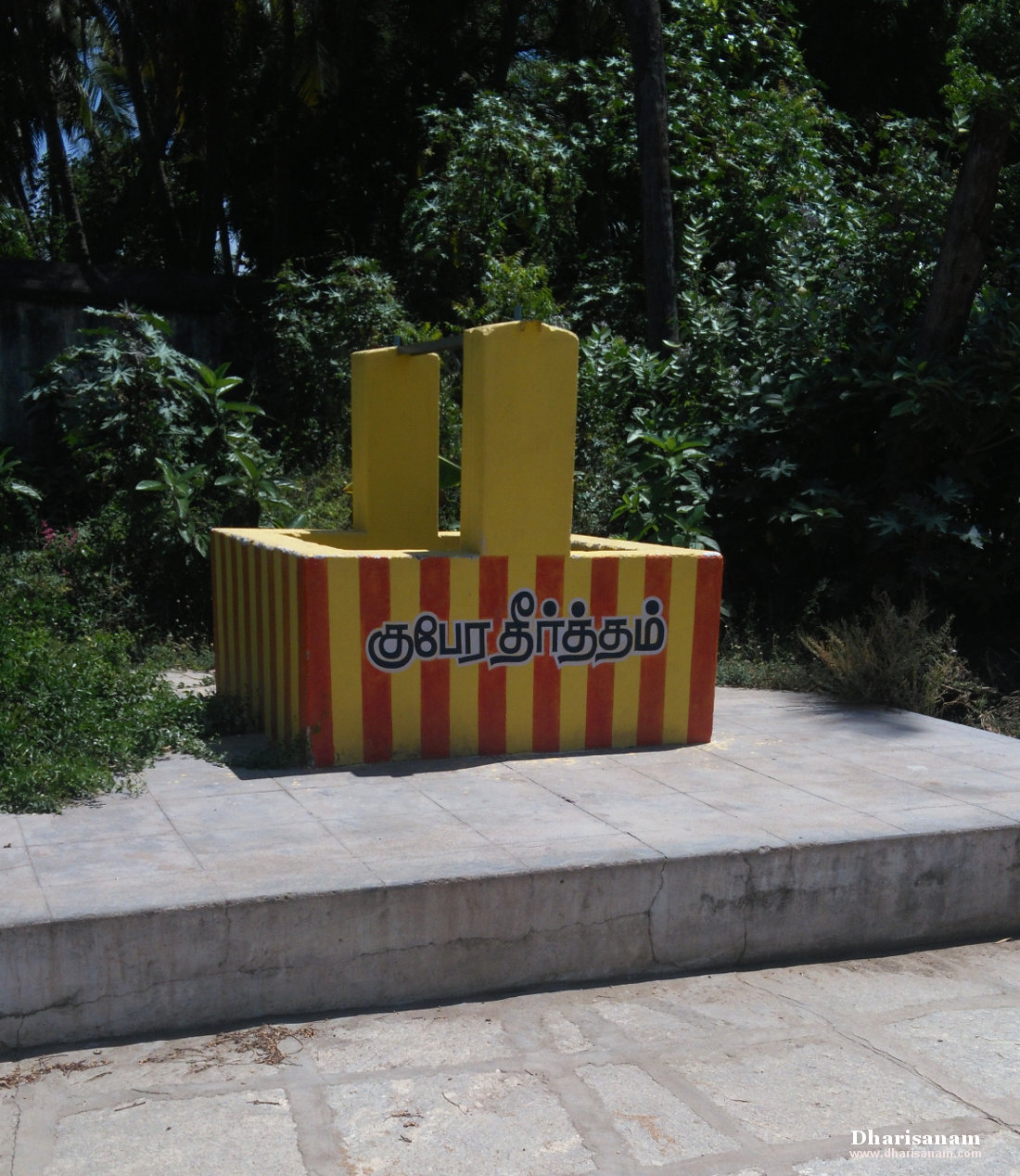 As per the Sthala Puranam of this temple, although Goddess Parvathy is present along with Lord Shiva, her idol cannot be seen in the sanctum sanctorum.

As per another Sthala Puranam, Goddess Lakshmi worshiped Lord Shiva here and was granted many boons. After obtaining the boons from the lord, she travelled back to her place. Hence the lord here is also praised as “Sri Pirayana Pureesar” and this place gets the name “Pirayana Puri” (“pirayanam” means travel in Tamil).

As per legend, an orphan Brahmin boy named Susarithan, from a village along the banks of Gauthama river, underwent pilgrimage to various Shiva sthalams. When he reached this place, Yama, the lord of death, informed him in his dreams that his life would be taken after five days. The frightened boy surrendered to Lord Shiva and begged for his life. It is believed that the lord, through his divine voice, advised the boy to go to Thiruvaiyaru temple immediately. The lord further told him that thereafter he would be safe. Hence the lord is praised here as “Sri Aabath Sahayeswarar” (“Aabath” means danger, “Sahayam” means to help and “Eswarar” refers to the lord).

Saint Thirunavukkarasar stayed in this temple for some time and rendered his services. It is believed that in a nearby village called Thingalur, he restored the life of a boy who had died due to a snake bite. He did so by singing the following Pathigam – “Oṉtṟuko lāmavar sinthai yuyarvarai oṉtṟuko lāmuya rum'mathi chūṭuvar… ..….”. This boy was the son of a stanch Shiva devotee called Apputhi Adigal. In his hymns, Saint Thirunavukkarasar praised Apputhi Adigal’s services and his devotion towards Lord Shiva.

Other than the shrines of Lord Shiva and Goddess Parvathy, shrines and idols of Adhi Vinayakar, Arumugar with his consorts, Iyyanar, Sapthamathas, Veerabathrar, Umai Ammai, Venugopalar (Lord Mahavishnu), Narthana Vinayakar, Kasi Viswanathar, Gajalakshmi, Chandikeswarar, Navagraham and Bairavar can be seen in the hall and corridors.

Lingams installed and worshiped by Lord Mahavishnu can also be seen in the corridor.

In the “koshtam” (place surrounding the sanctum sanctorum), idols of Devakoshta Vinayakar, Dakshinamurthy and Durgai can be seen.

In the shrine of Dakshinamurthy, reliefs of Saptha Rishis, Kamadhenu and Apputhi Adigal can be seen. Kamadhenu can be seen pouring her milk on a Shivalingam (Pasupathyeswarar).

There are separate shrines for Goddess Parvathy and Lord Murugan in the outer corridor. 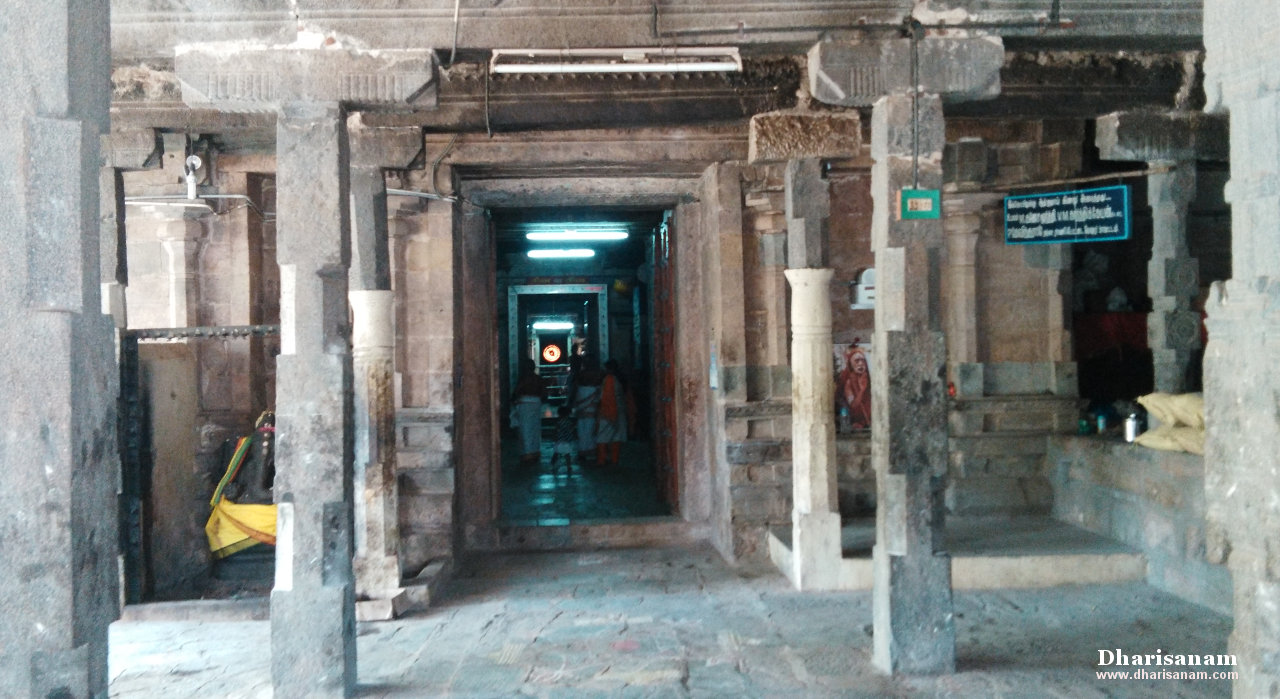 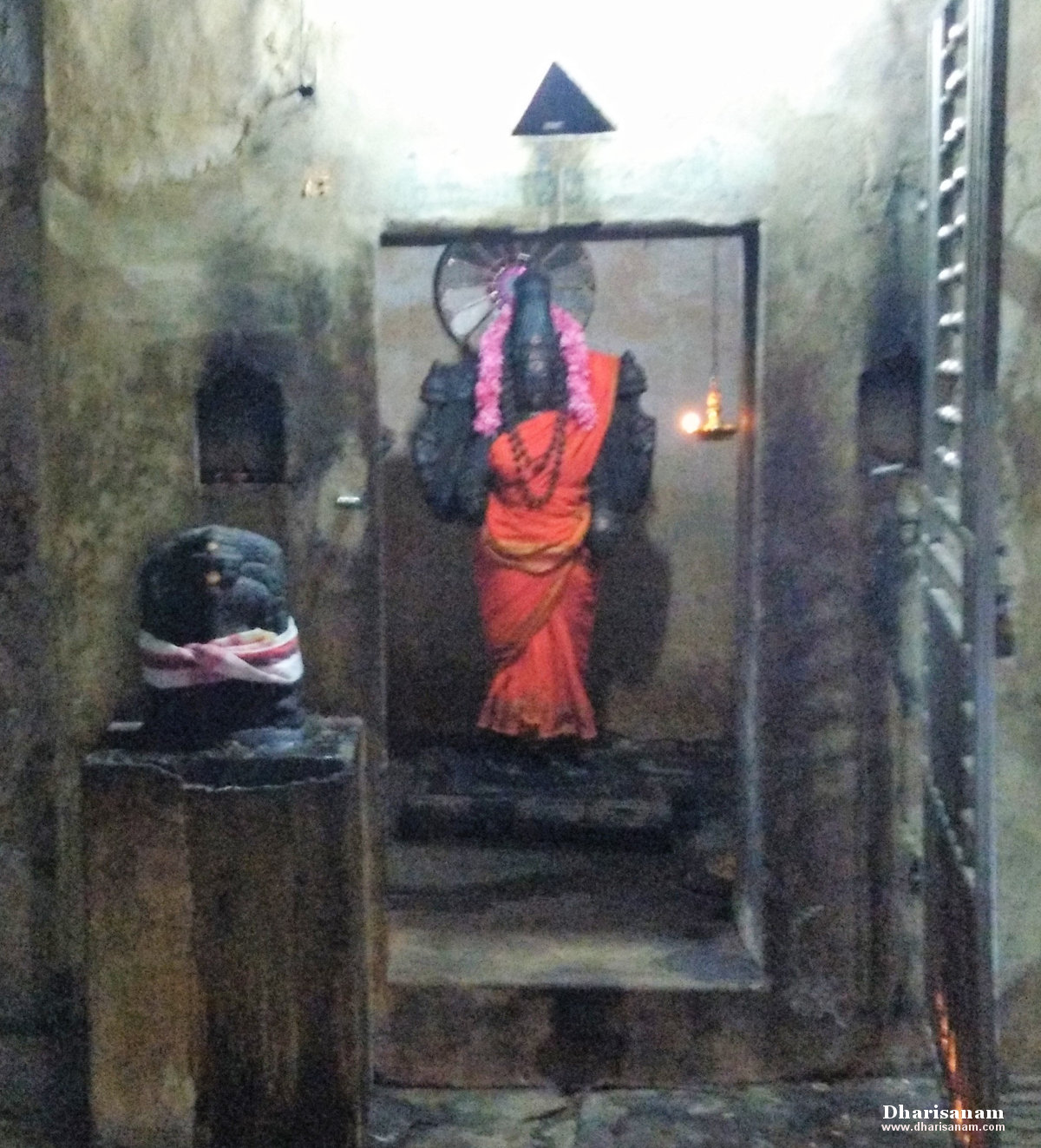 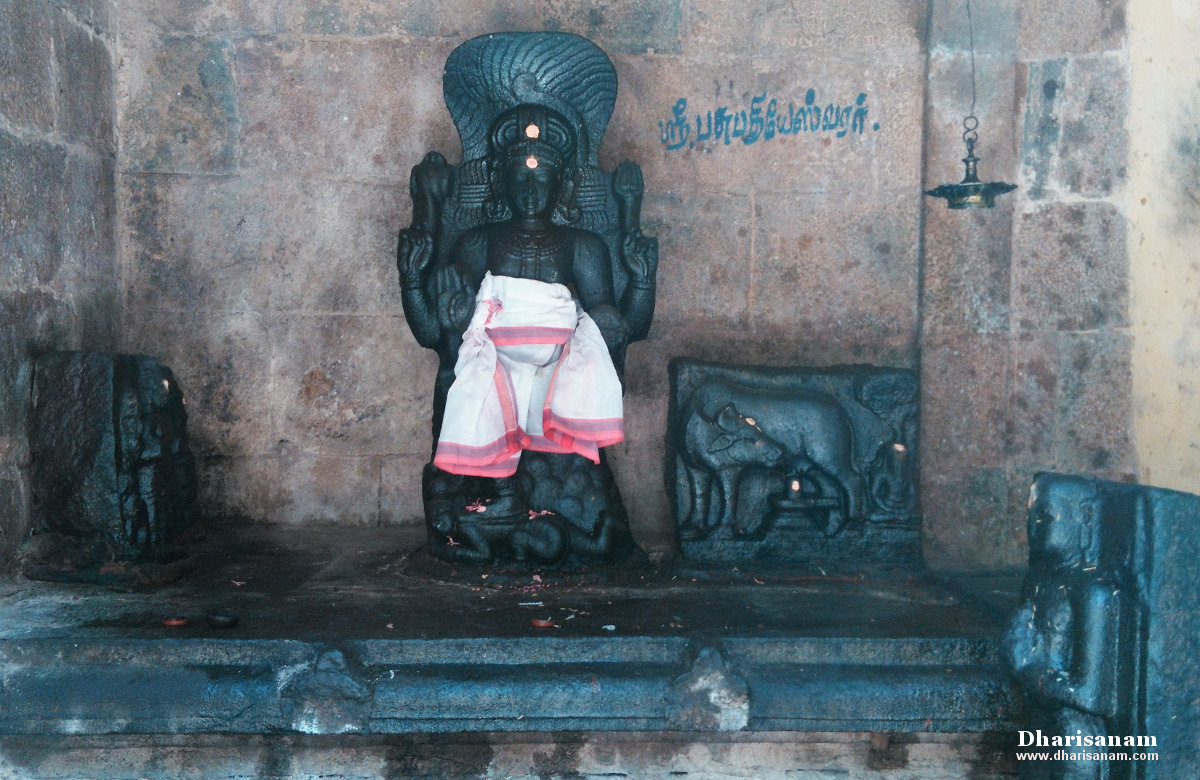 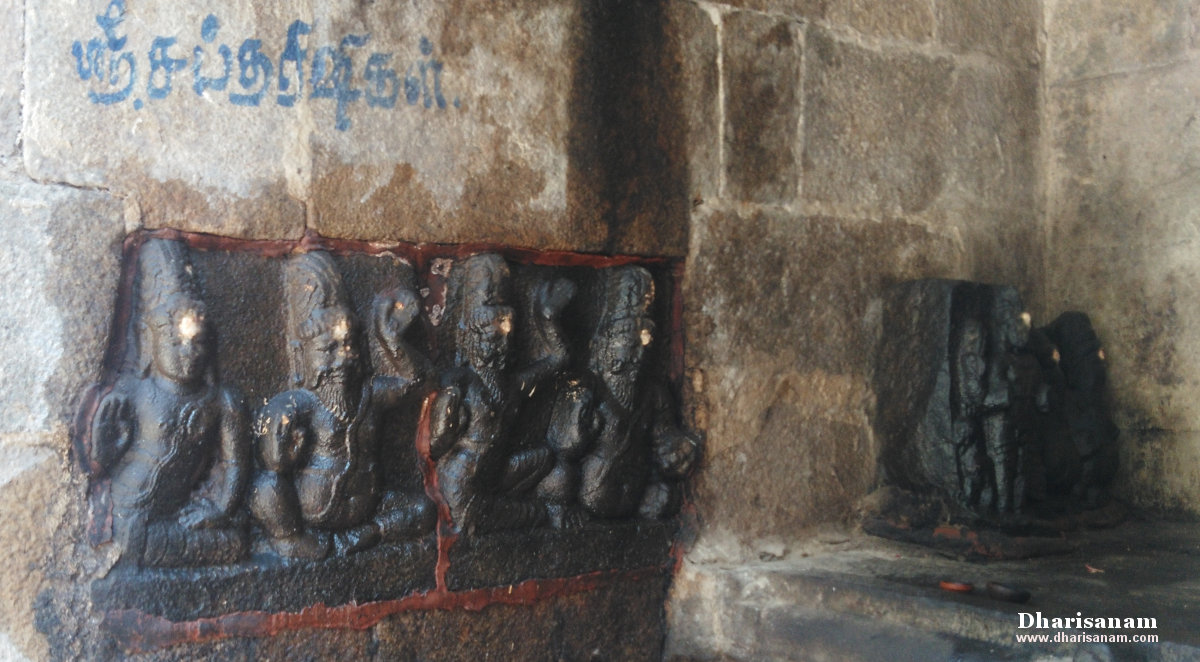 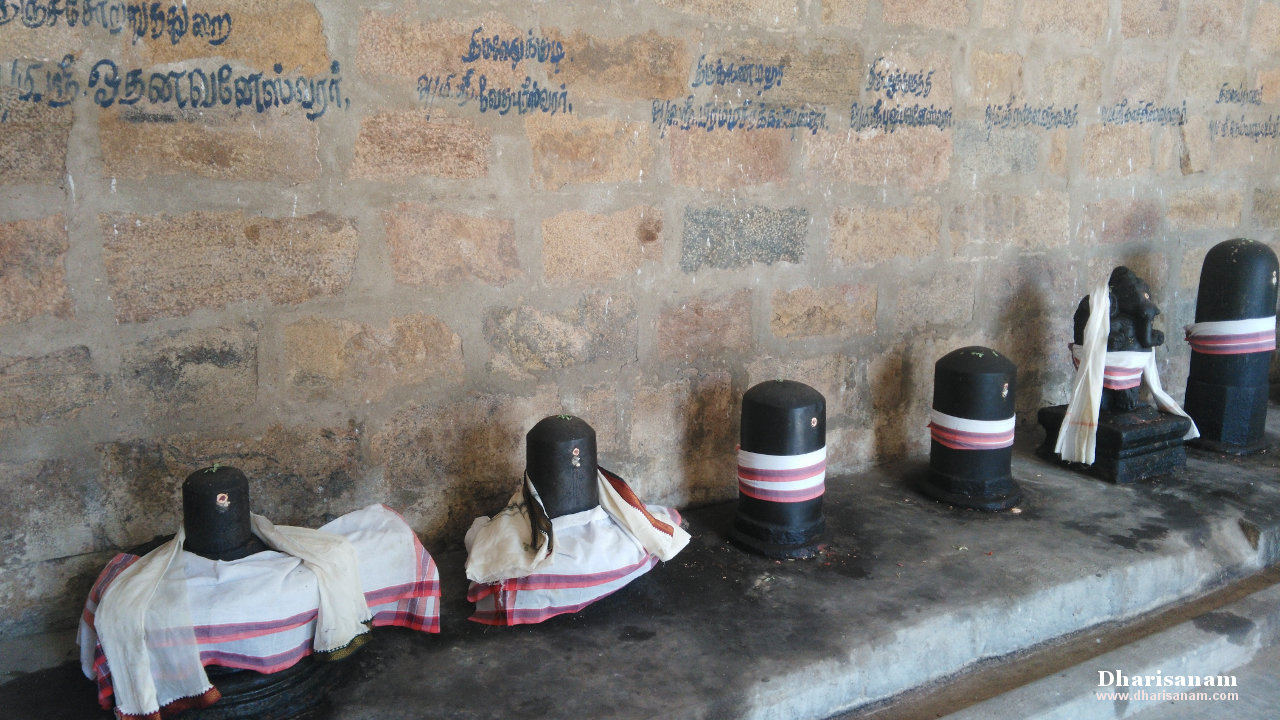 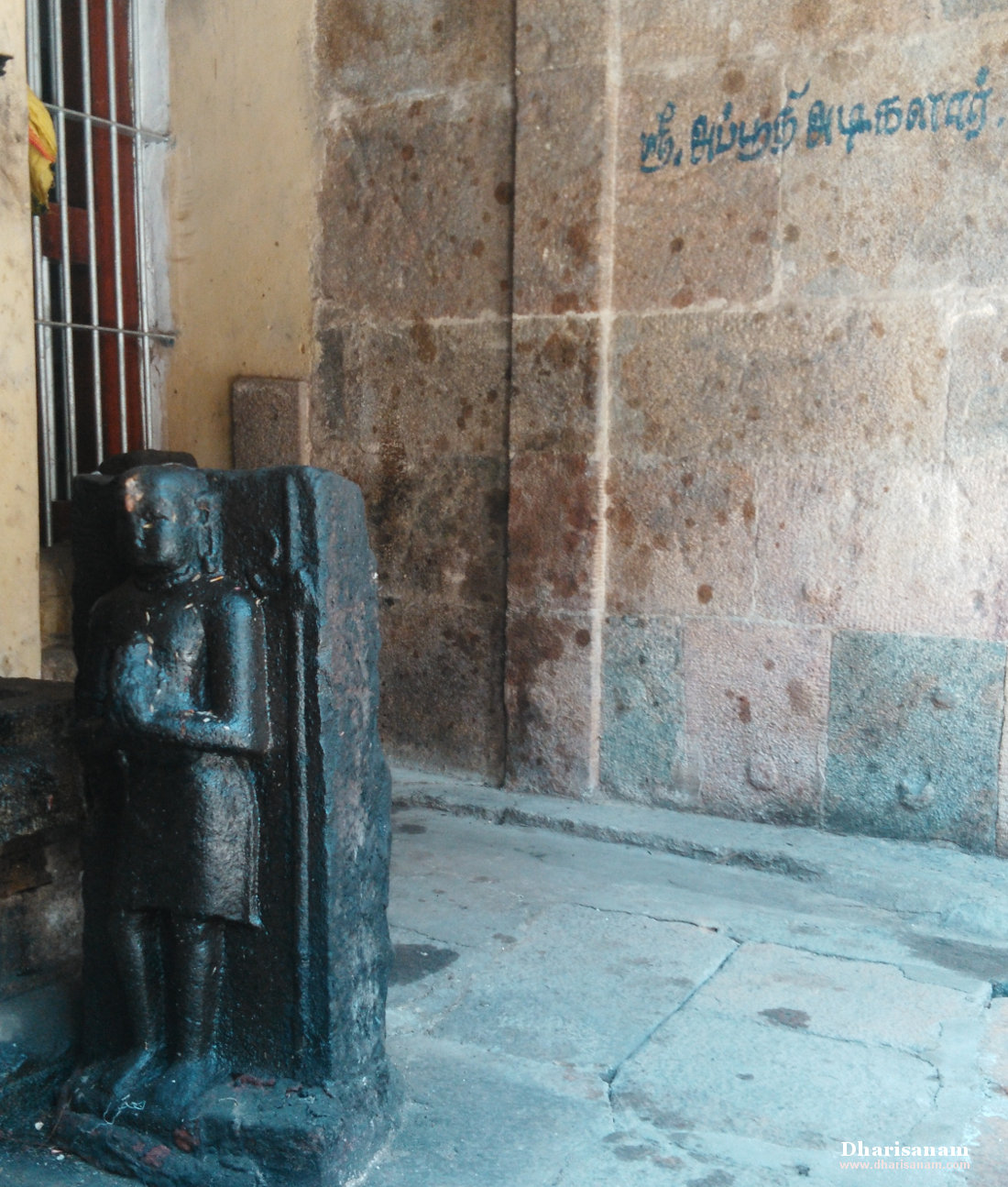 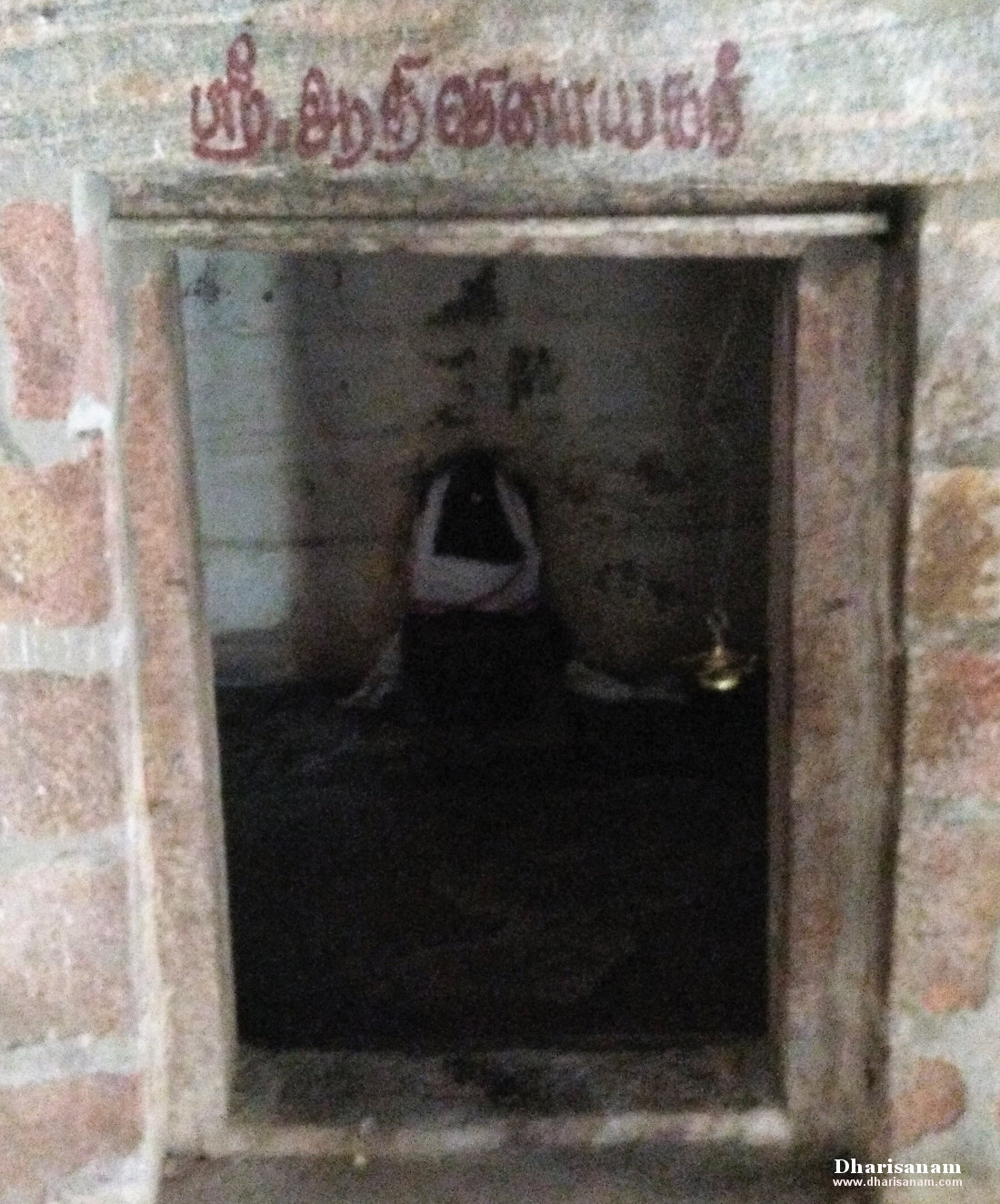 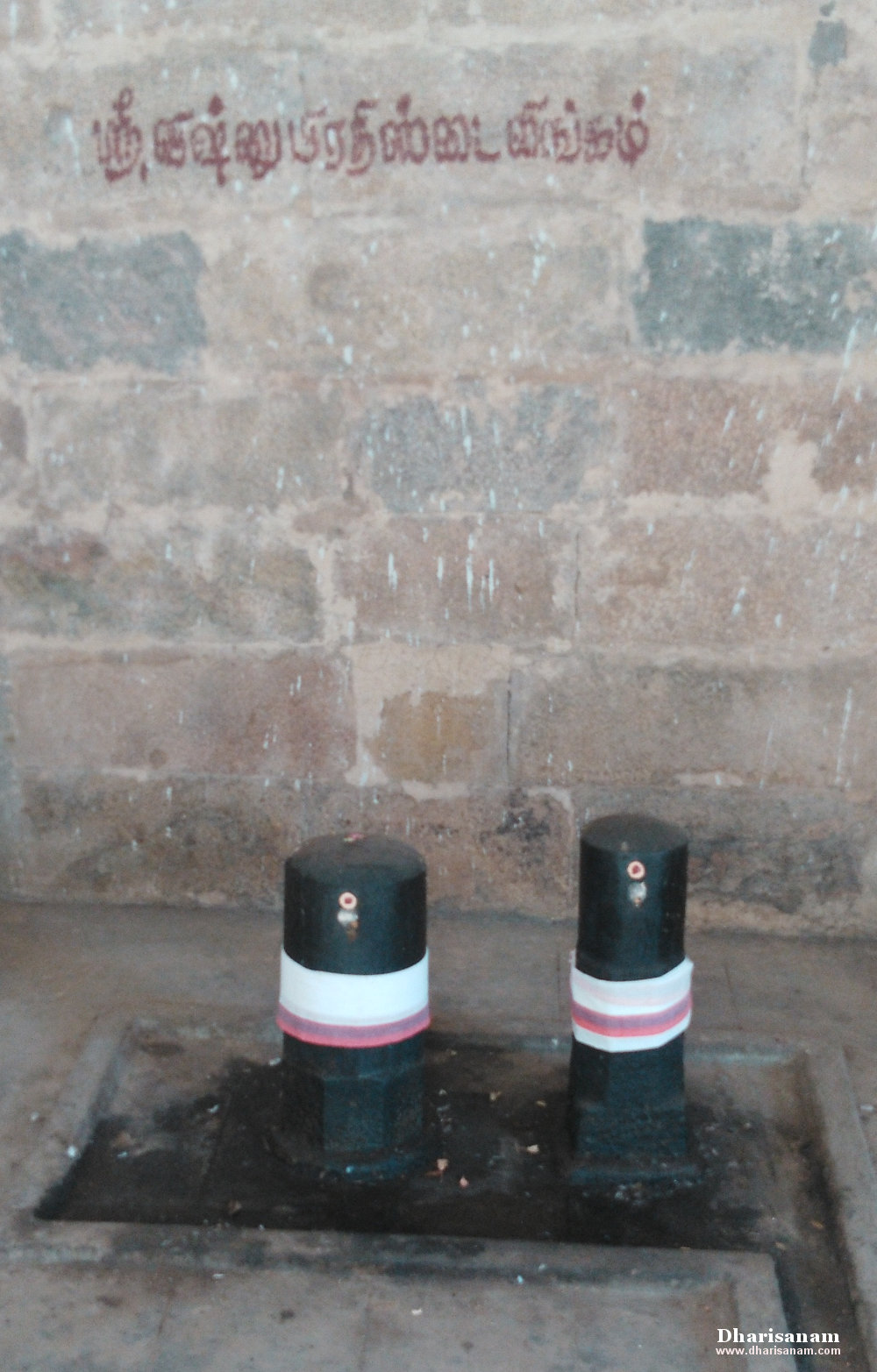 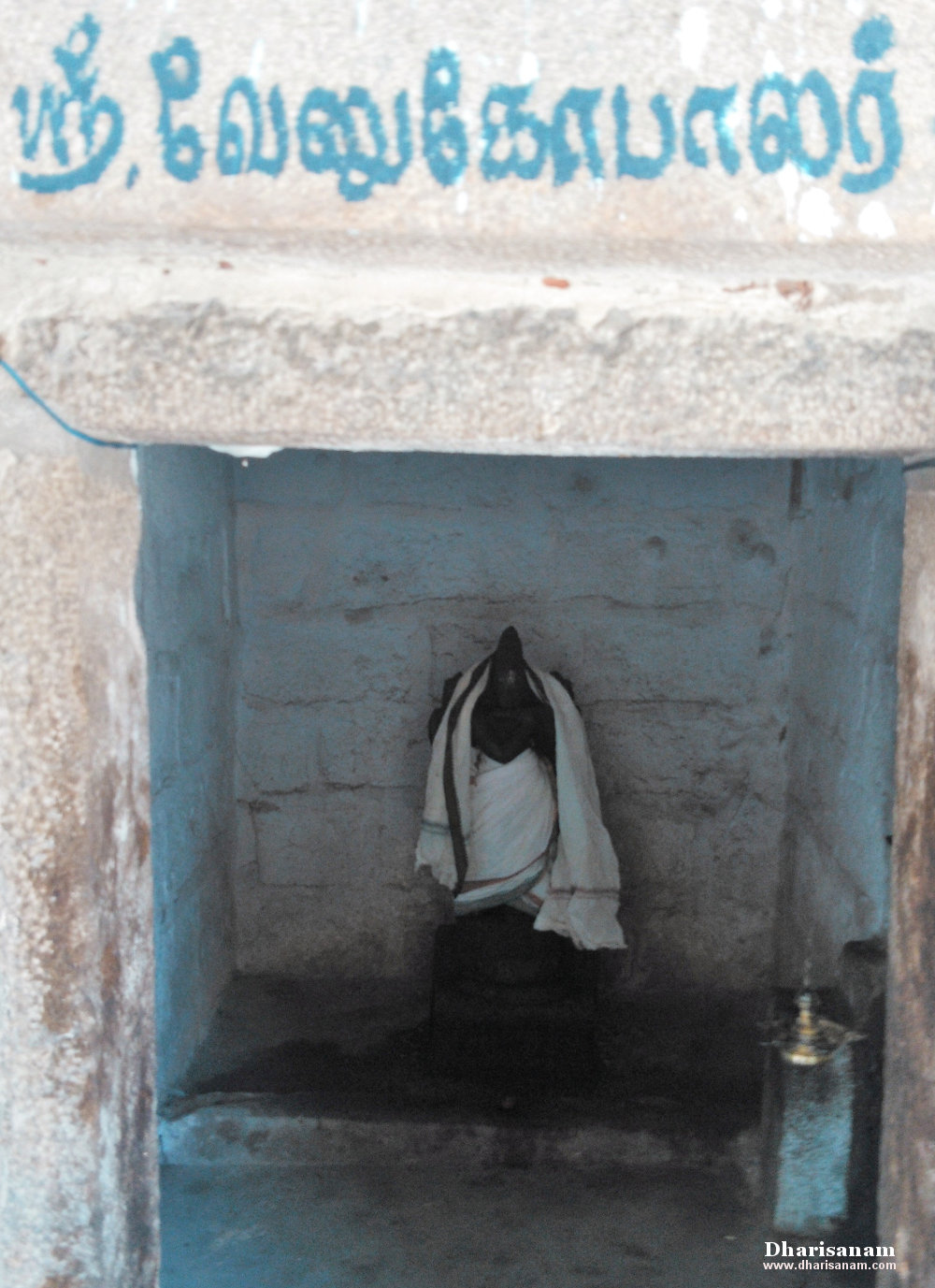 Lord Shiva’s sanctum tower (“Vimanam”), is constructed entirely using granite. It is a wonderful structure and even the sculptures are beautifully carved. 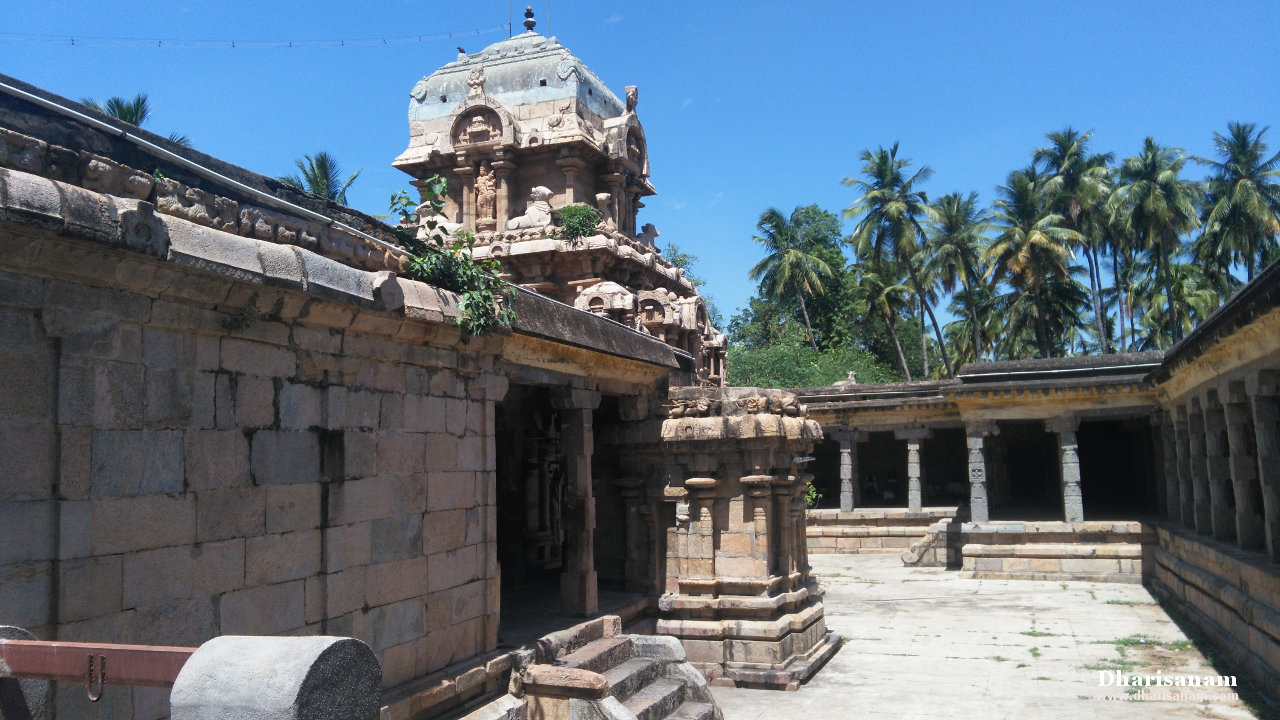 It is believed that Lord Chandran (Moon) worships Lord Shiva of this temple by directing his rays on the lingam every year for ten days in the Tamil months of Purattasi (Sept-Oct) and Panguni (Mar-Apr). This occurs on full moon days and two days before and after it.

It is believed that worshiping the lord here will help devotees attain salvation and will help them break away from the repetitive cycle of birth and re-birth.

Those seeking wedding boon or those facing difficulties in their marriage proposals can pray to the lord here.

Somavaram (Mondays) in the Tamil month of Karthikai (Nov-Dec), 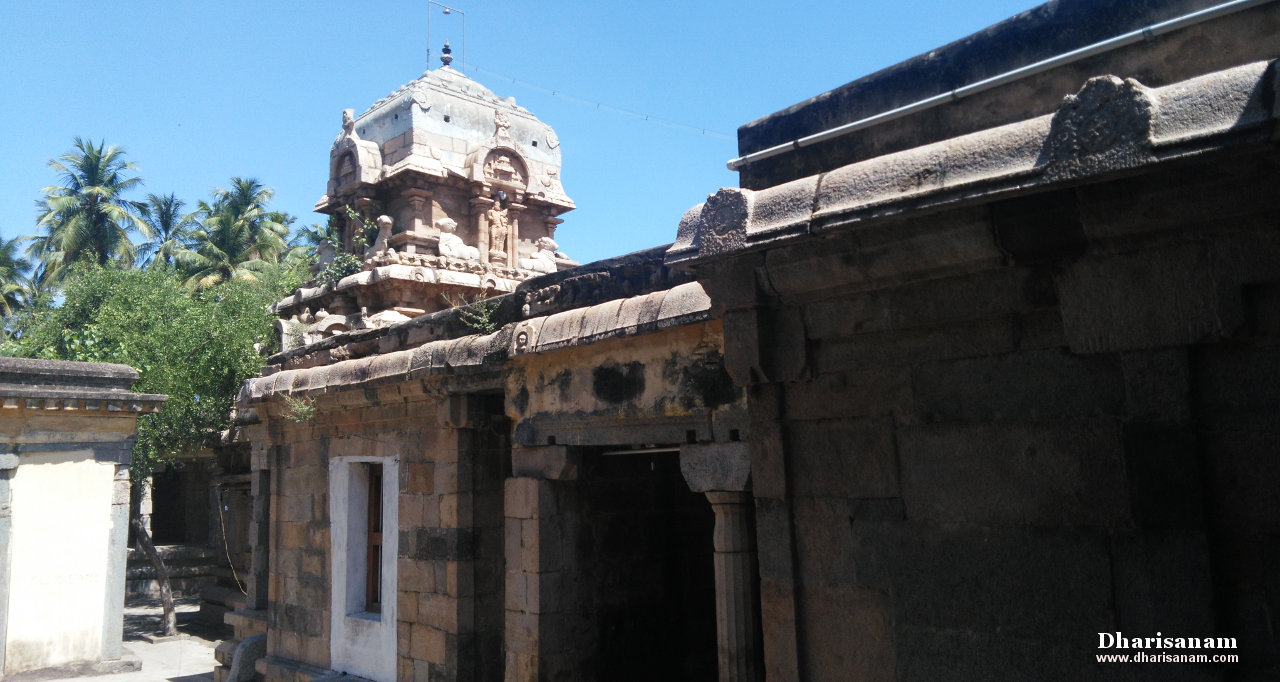 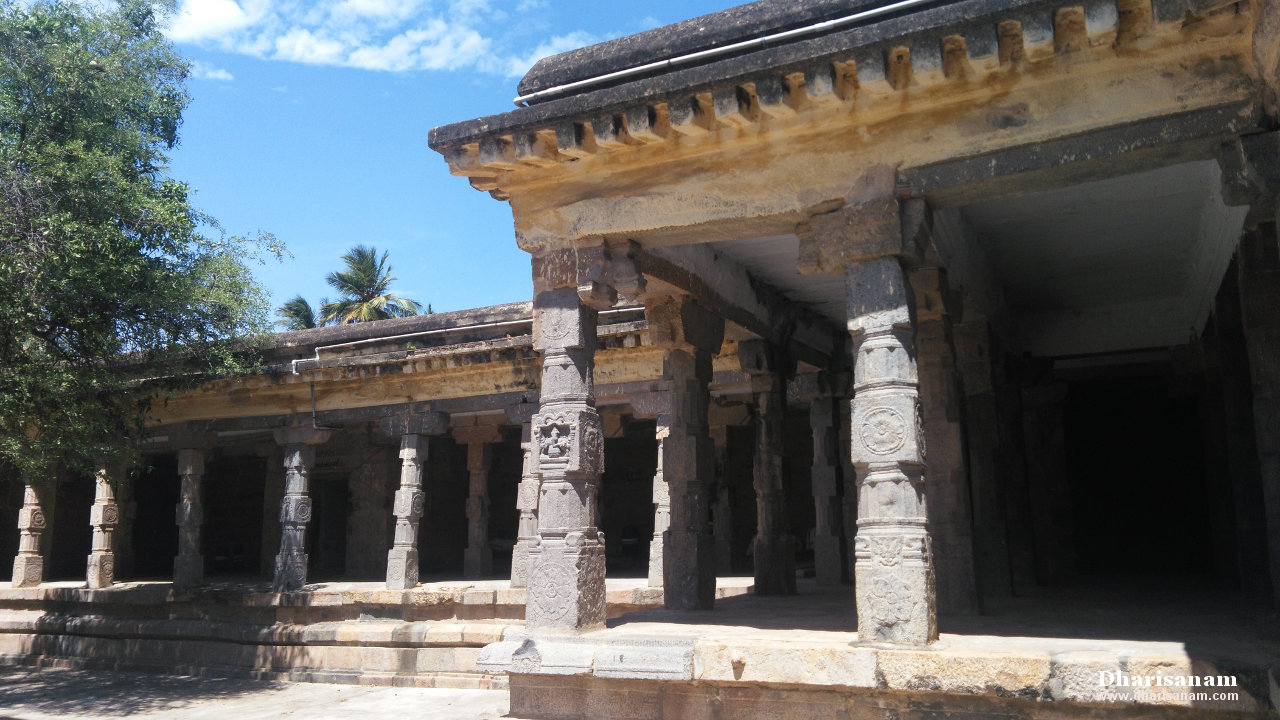 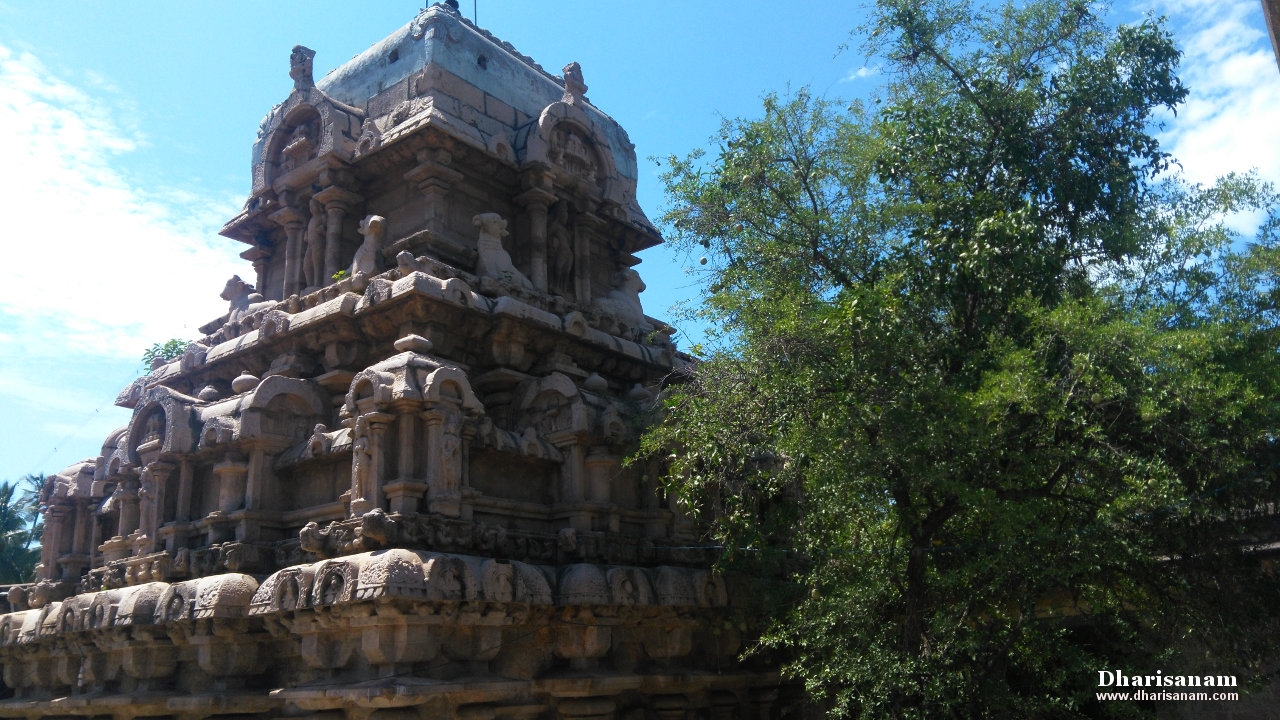 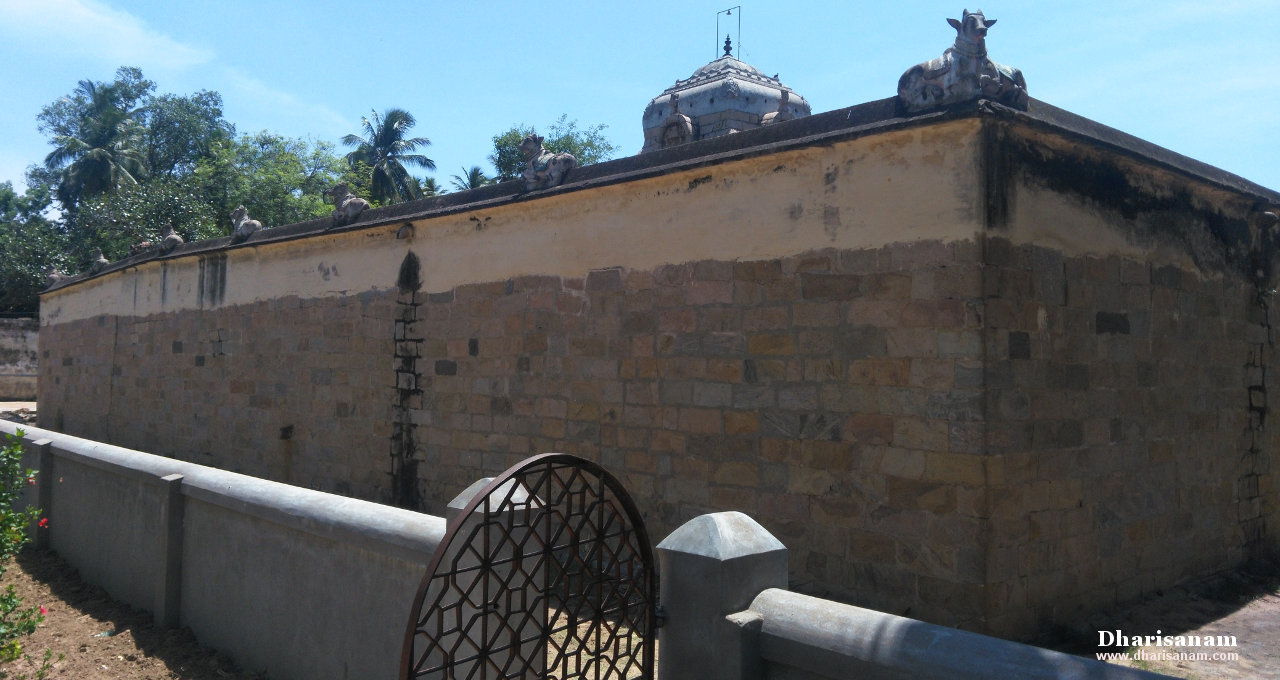